After going to the tip the other morning, when driving back,  I turned away from a massive queue and explored new streets. I roughly knew where I was, but was happy to find myself at the top of one of the many hills around here, looking down over London on a beautiful morning. I parked and wandered around to take a few photos for Bleeding London. (An activity which, although play, involves some effort so counts as work in a sense). This allotment was next to where I parked, and the photo I chose for that road was the one below the sunflower picture as I thought it was more interesting, but I did love those sunflowers. 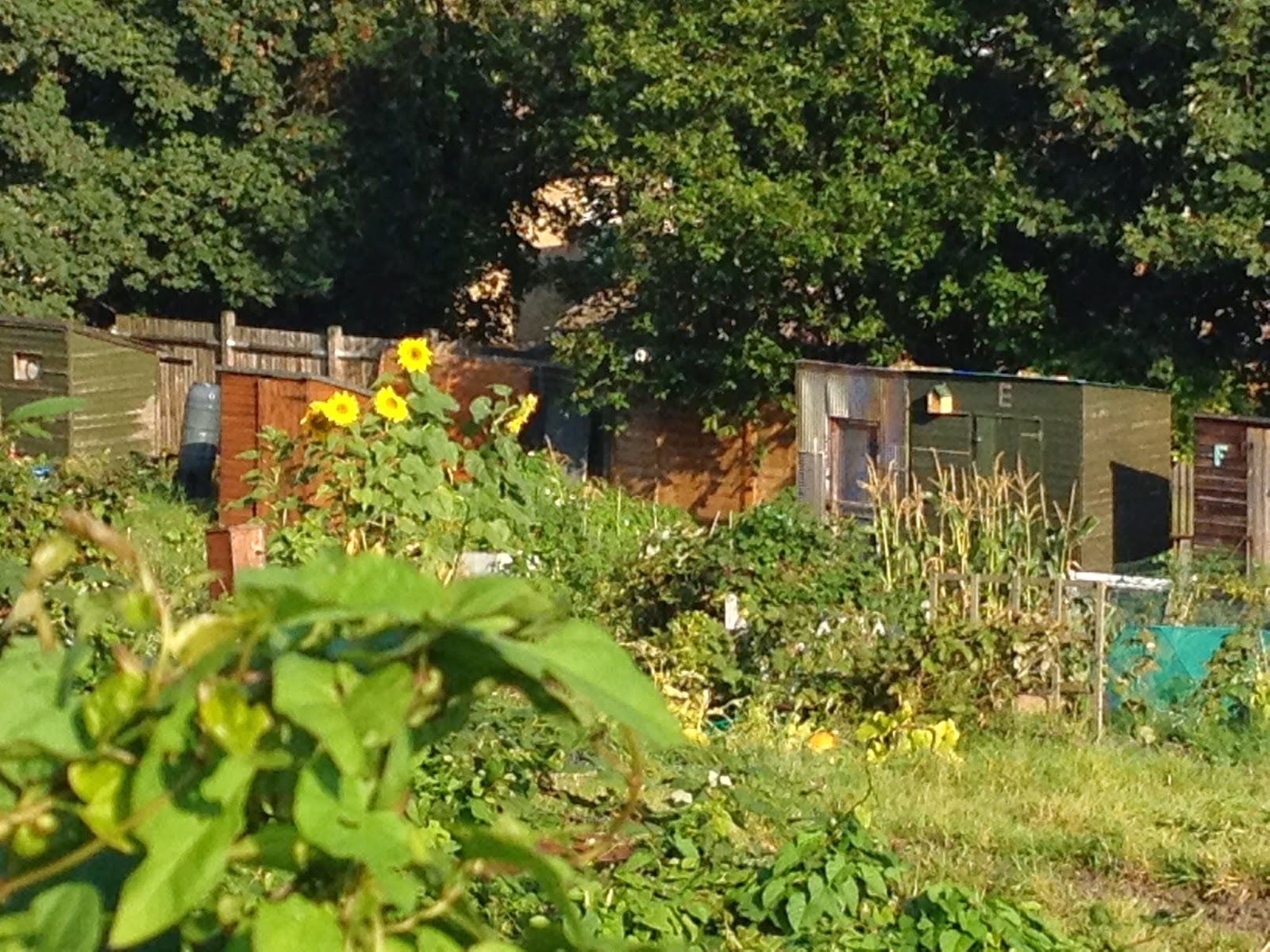 There was indeed a big pile of manure behind the gates. You can just see the river below in the distance. 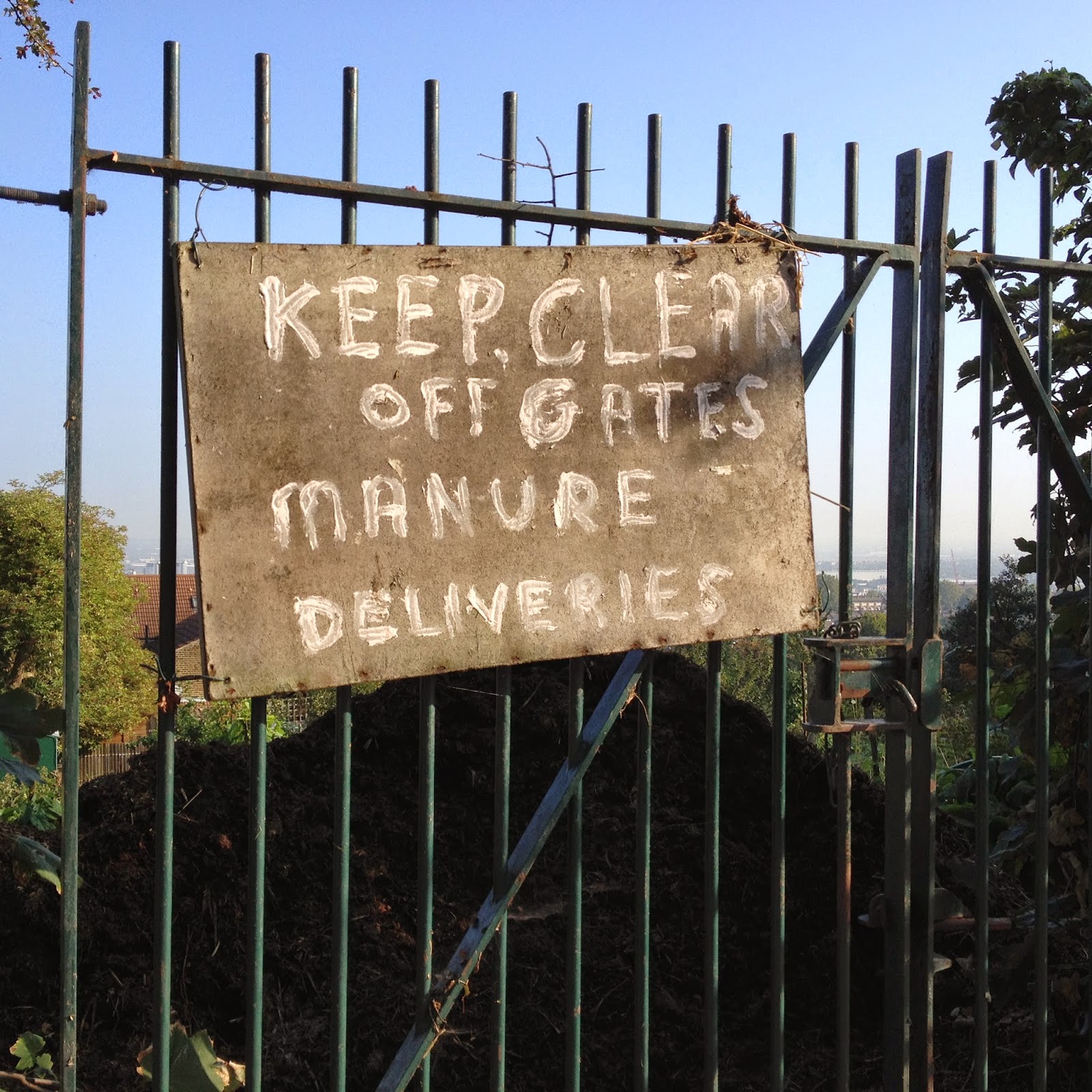 This was the other photo I took and used on that day. I just loved that tree! 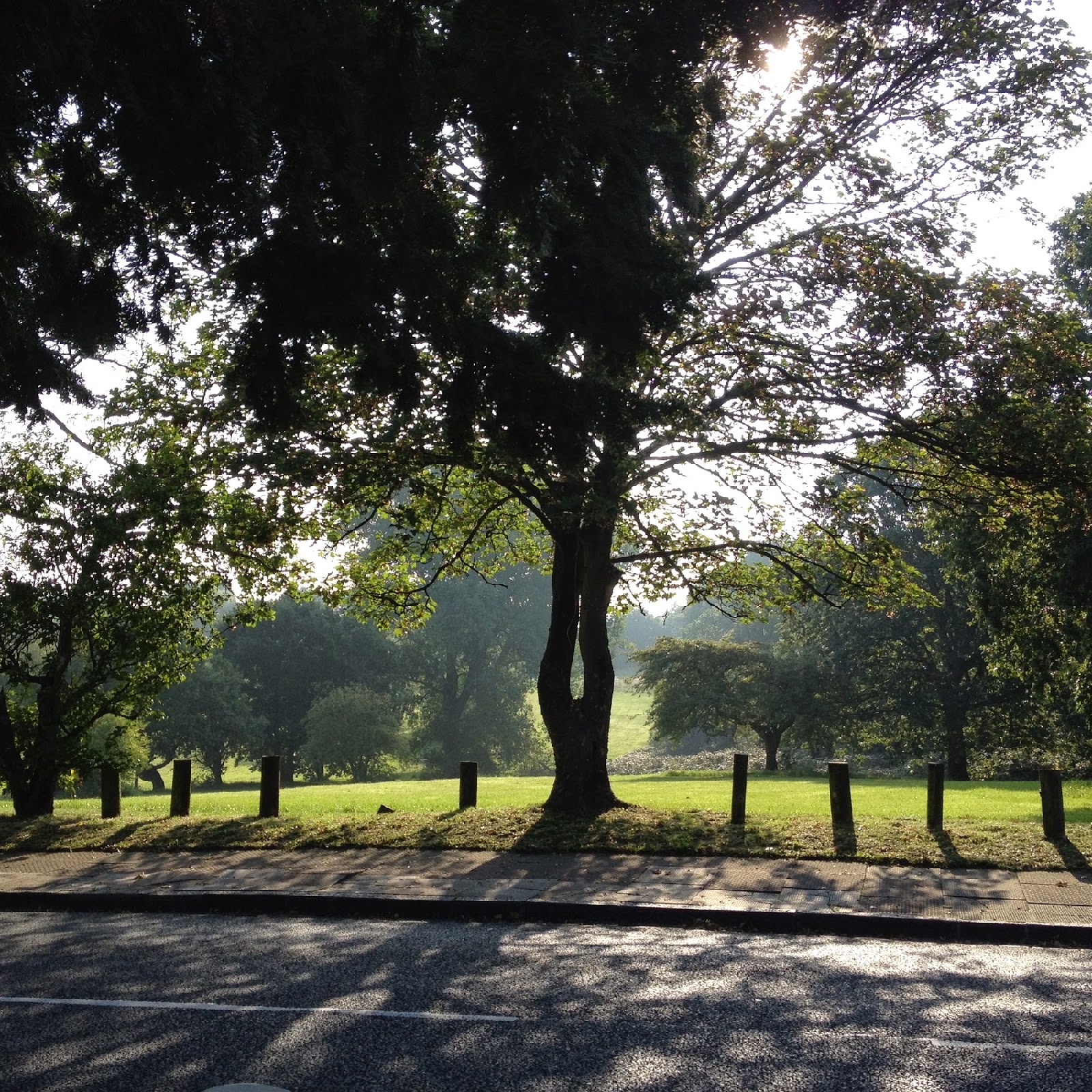 This is a page from my current journal. I was using a black pen with water and drew this girl and wolf. Then I gave her a ship necklace as I have seen so many ships in the last week. 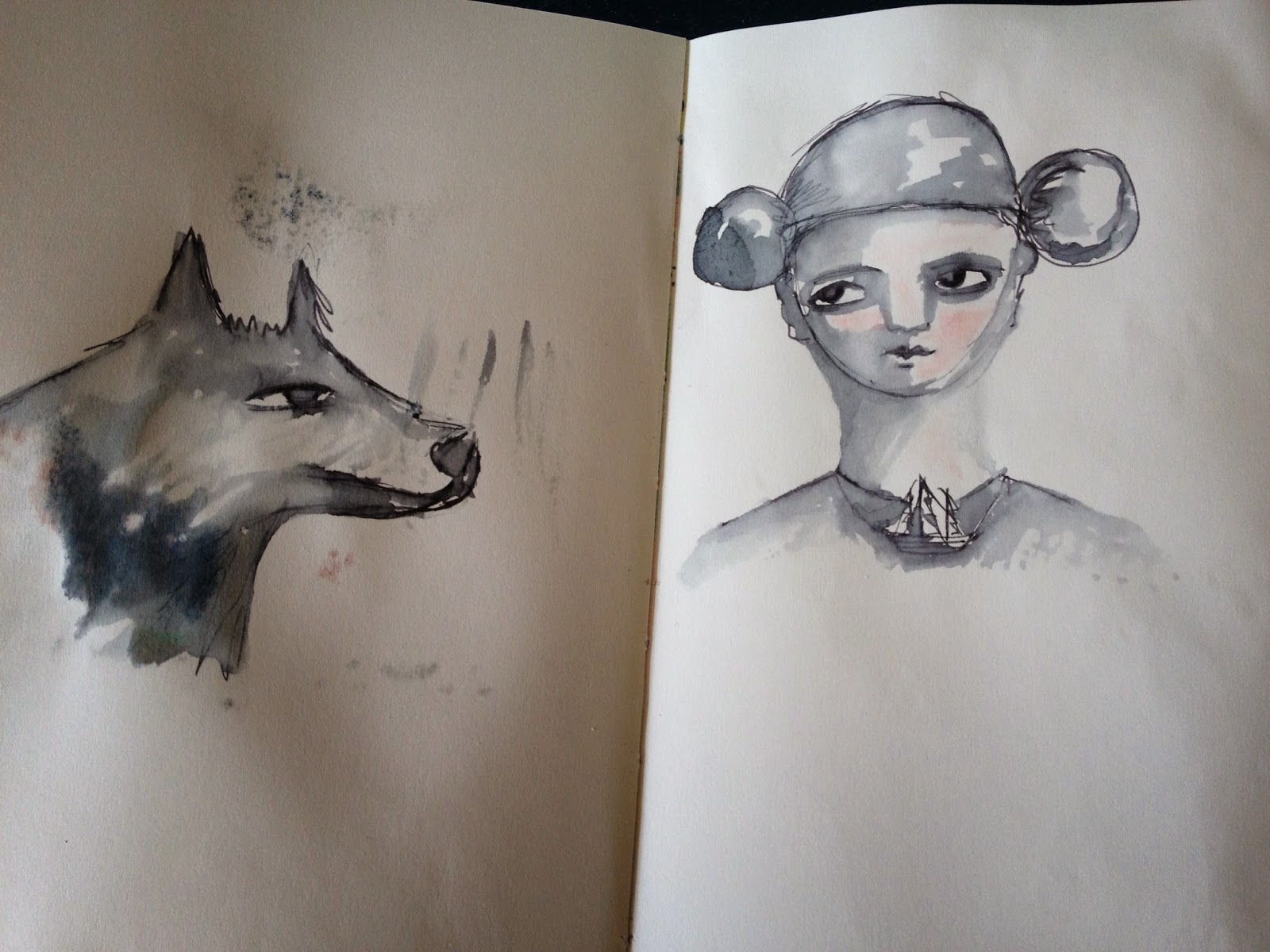 Then today (no work again-I did ring to check) I played with the picture in photoshop along with a ship photo from the other evening when I met my friend from work for coffee before walking back to the car along the river, and seeing one of the last ships left. 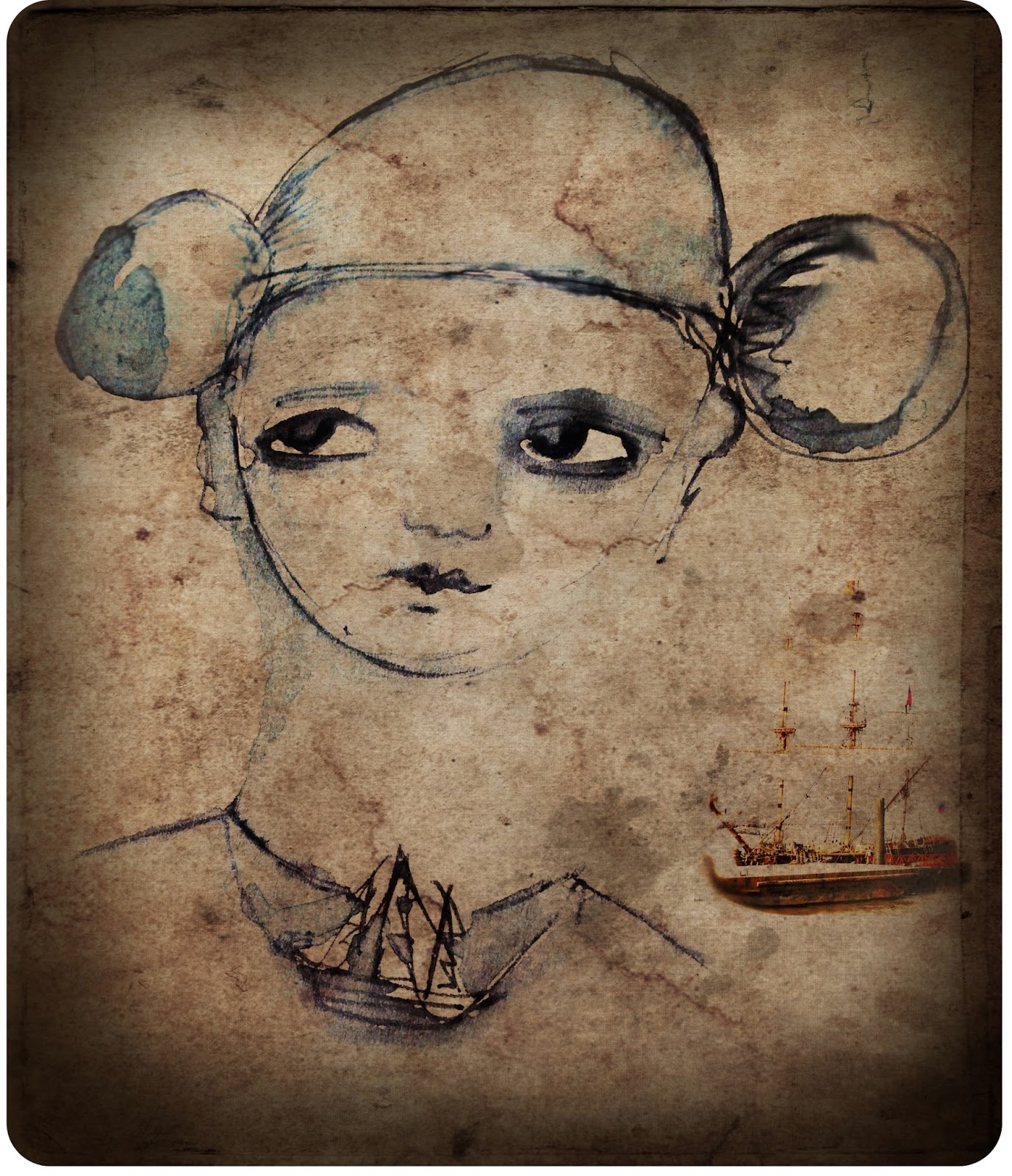 I used Kim Klassen textures and saved loads of versions, and these two are the two I like best. 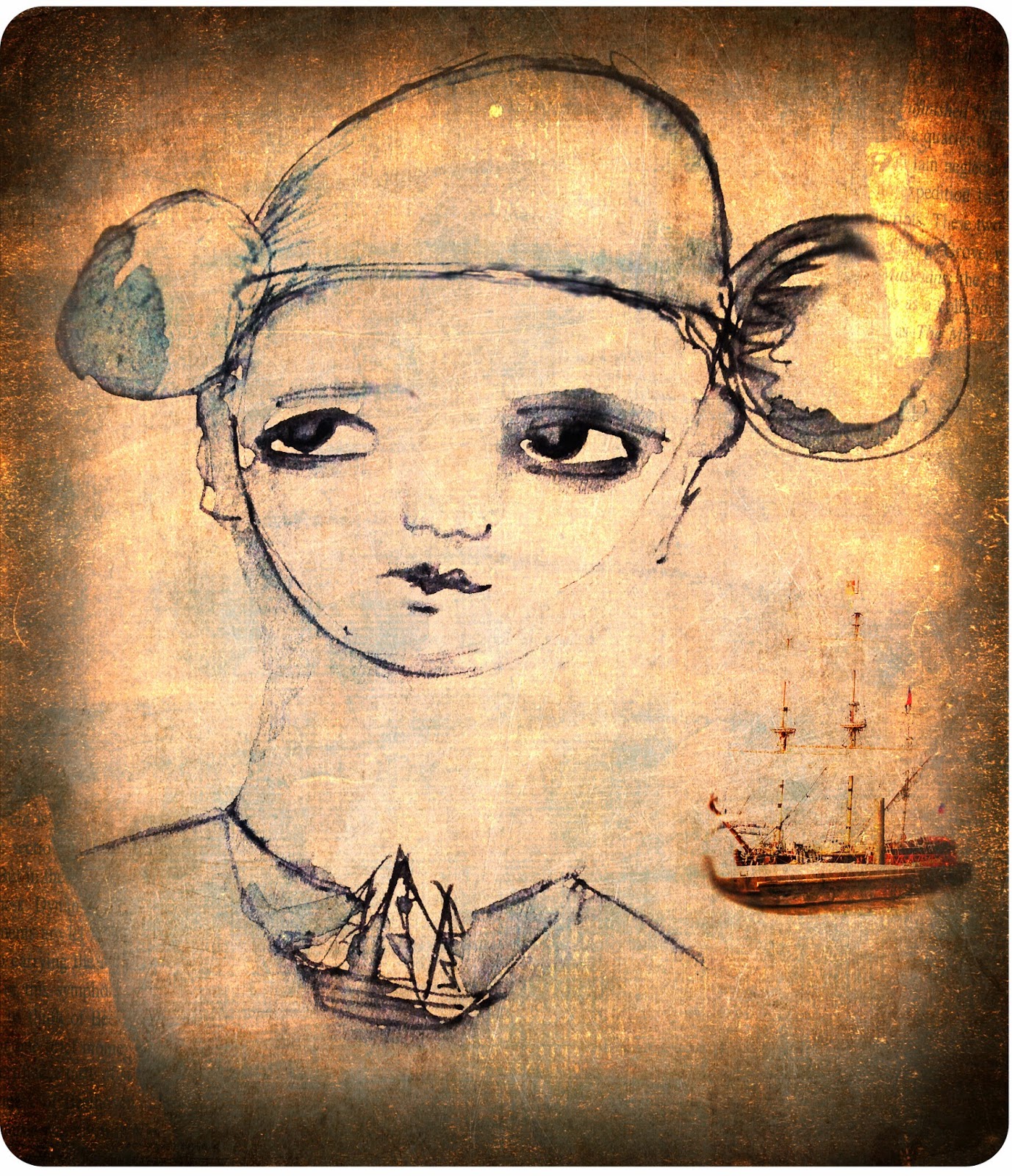 Yesterday was a good first day, finished off nicely by seeing this amazing dog painting on a building near the DLR. I thought about putting it on Bleeding London but when I checked it was there (unsurprisingly) and only put on recently. 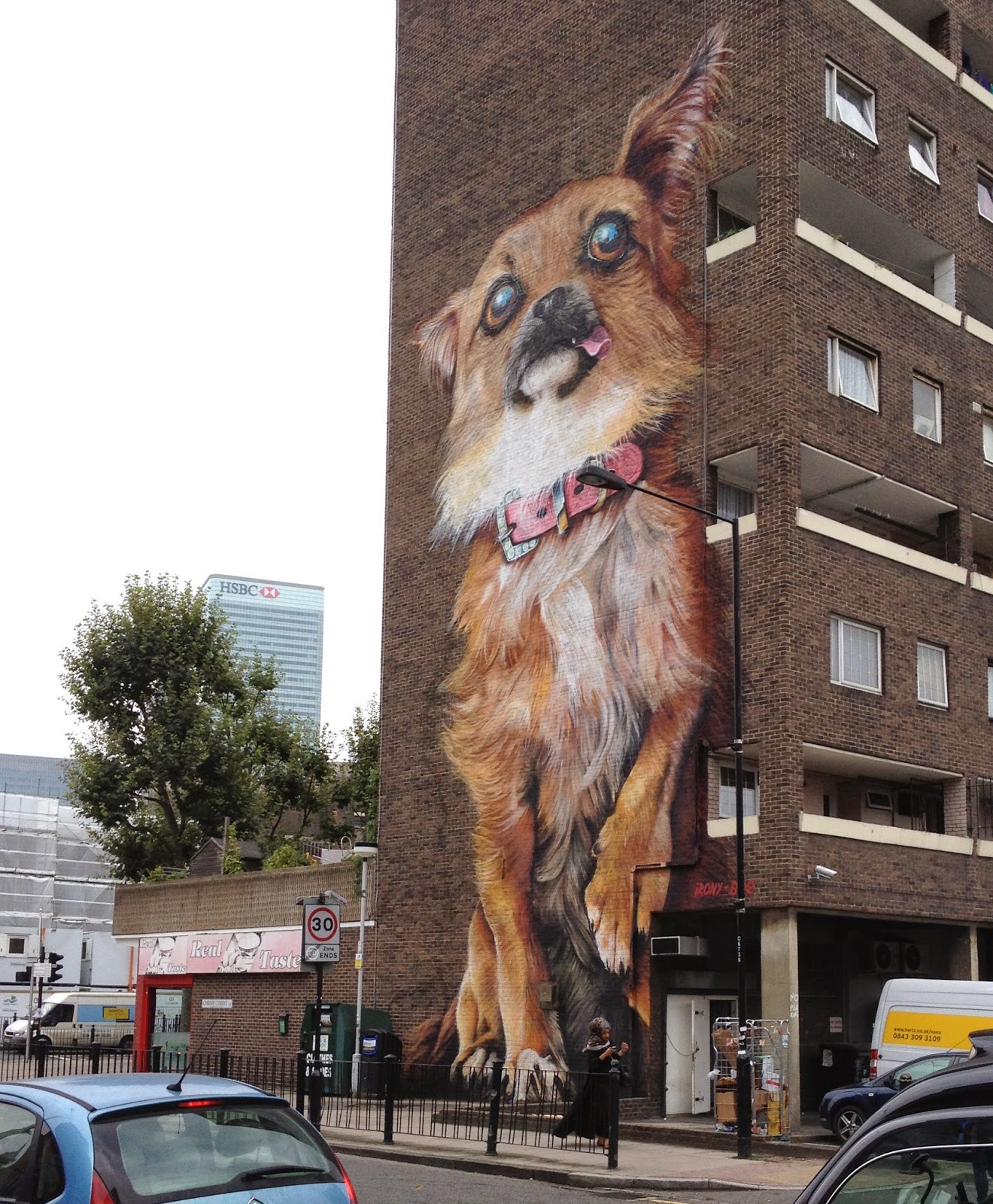 the ship necklace! I thought it was a real ship and she was a guardian of the tall vessel, a god sort of person! I do love it! And the wolf!
Had tea with Fritz and Janet this afternoon, they say to tell you hello, they love you both!

Haunting drawing, in a good way.
Happy to have found your blog!

That dog is AMAZING! I gotta go check that out! Which DLR station is it near?

The dog painting is awesome!!! Love you pen and watercolours! Ros