Our theme next half term is 'Under the Sea' and I have been busy making a backdrop for the role play area. This area always contains play-dough and cooking stuff etc, but we try to make it match the theme in some ways. Last term it became a castle and this term it will be the ocean. When I sorted out the bedroom a while ago, I moved the wardrobes to clean, and decided to take the backs off of them to make it easier to get behind to hoover without moving them. I kept and washed the corrugated plastic as I thought it might be useful. I only thought I would write the title on there, but in the end have done a whole underwater scene. I painted on the back as I liked the idea of it showing through. As it happens, it looks quite good on both sides. Where it is going the light should shine through. The fish without a face will have a hole cut for the kids to put their faces in. 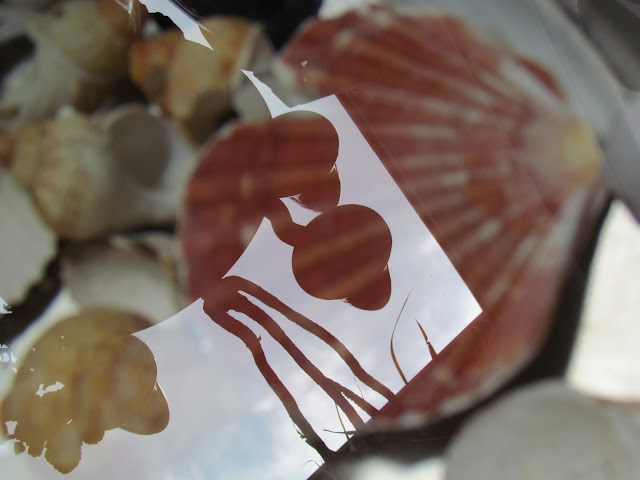 Some other sea things-results of my beach combing on Wednesday. Above shells being washed in the sink. Below, the remains of a chocolate box. 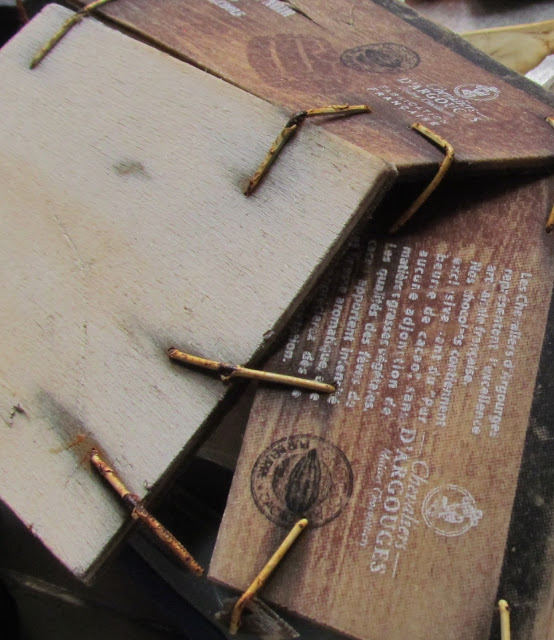 Little yellow seahorse. He is the only creature I designed myself. The others are from a couple of sea related story books. 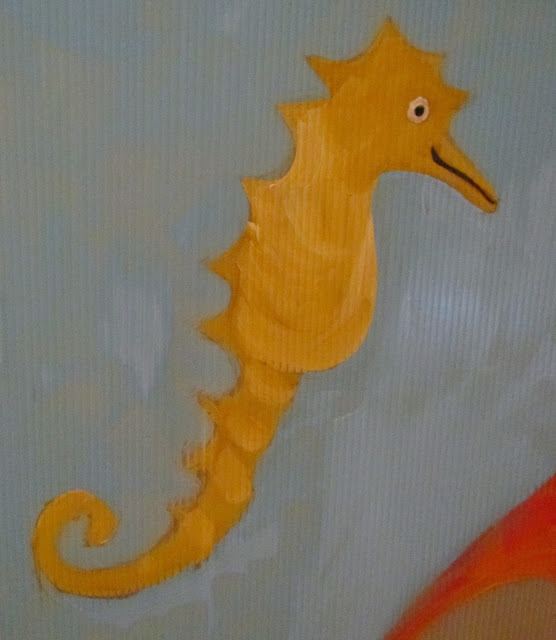 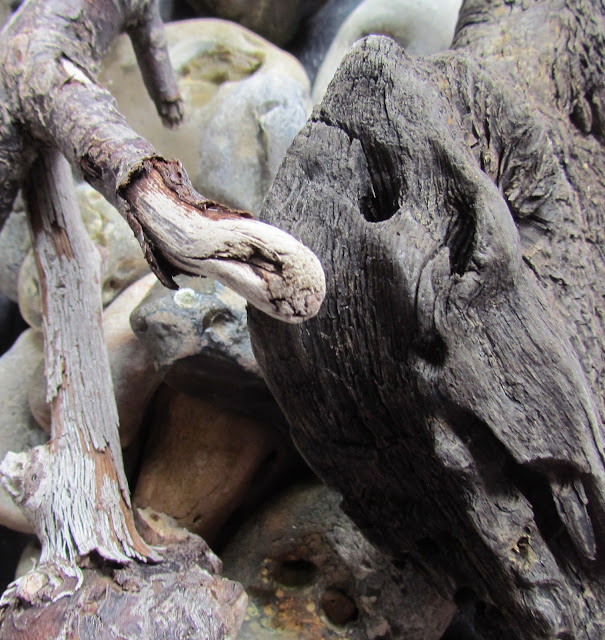 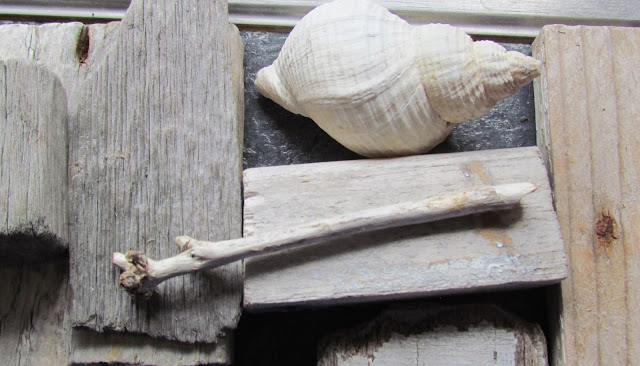 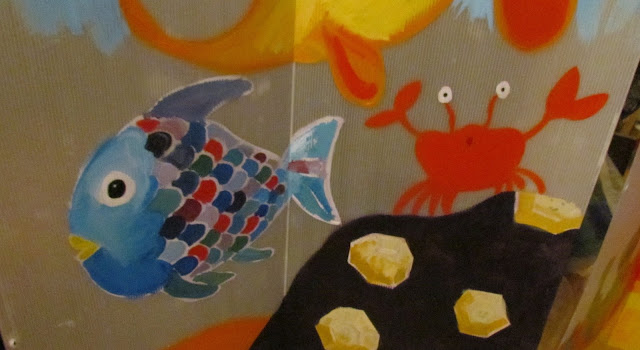 The final result which Andy is kindly holding up. 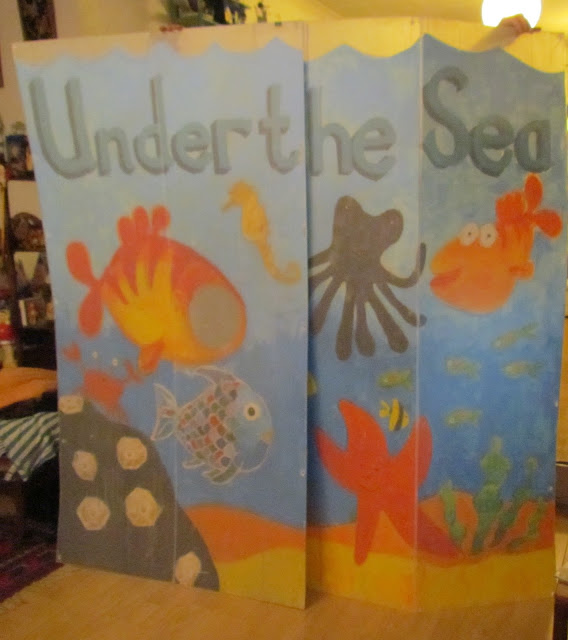 Due to not having the report document until yesterday morning, despite many requests, I decided, as I have done all other work apart from reports, that in the name of work I would go to the beach. Our next topic is 'Under the Sea' so I need stones and shells. I wanted stones with holes in, and Dungeness is good for those. I managed to find about 12 good ones and some not so good. I also got other stones as I have found lots of fun, stone related activities on Pinterest.  I went a long way along the beach, not having to worry about hurrying, and it got hotter and hotter. When I turned around to walk back, the beach was shimmering and the car park was far away. My bag of stones was very heavy, and I did have a moment of wondering what I was doing. Anyway, the need for the stones kept me going, and a slow trudge later I was back to the car. Below is how blue it was. It was lovely! 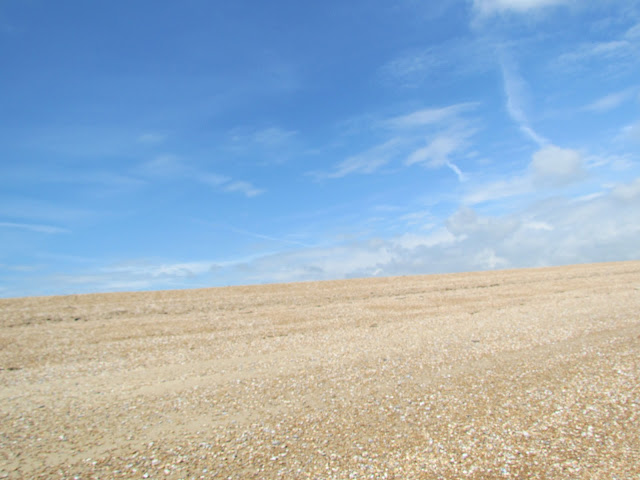 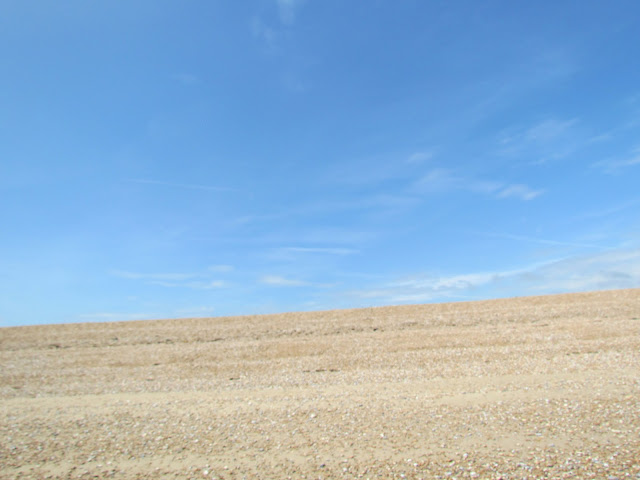 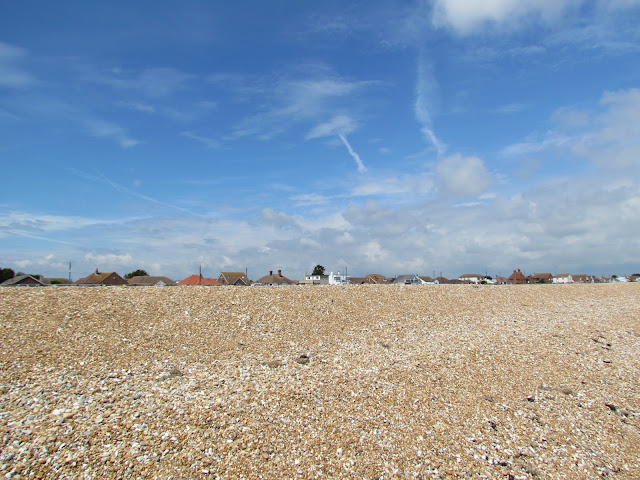 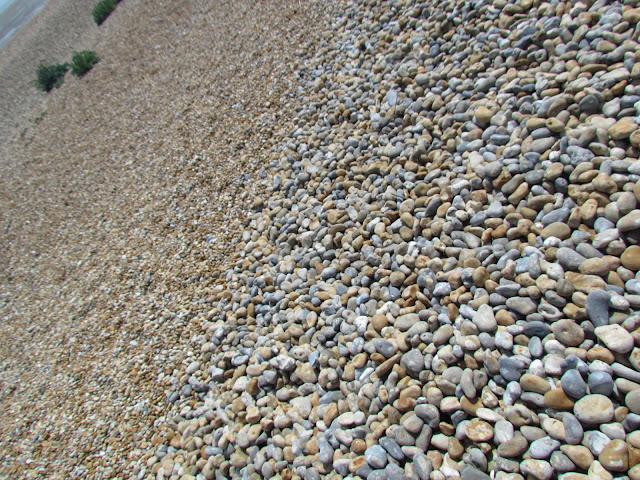 There is a distinct line of big and small stones here, sorted by the tide. Instead of going back the same way, I drove along the coast to Hythe. Another place I have not been. It was interesting and strange-it didn't quite feel real. Maybe I had sun stroke. It is one of the Cinque Ports. I went to have a quick look at the military canal. As I got there some swans and their signets appeared, and did a dance,  and a strange mist came down. I could feel it in the air and see it swirling around. It was on the hill behind the town but not so thick down on the street. It was quite weird. When I left, the satnav took me on a five minute detour up to the back streets, all of which are one car wide, and involve blind bends and steep hill starts. My skills were tested. The houses were pretty and the mist was thick. After it took me back to normal roads it only took an hour to get home on the motorway, much quicker than getting to Dungeness. Some sort of time warp sorcery is going on round there. 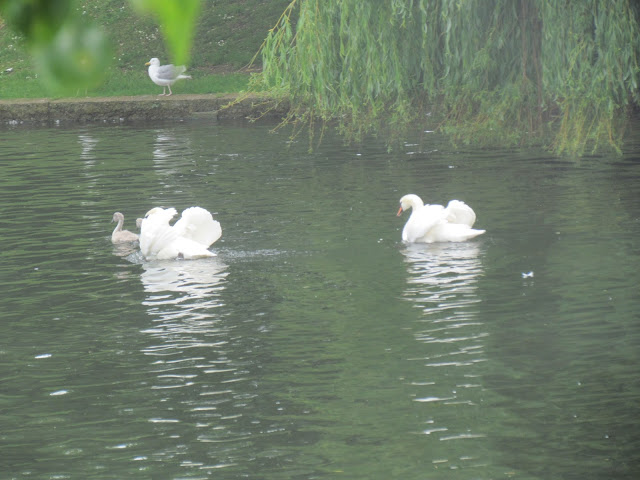 You can see the mist a little in this picture. 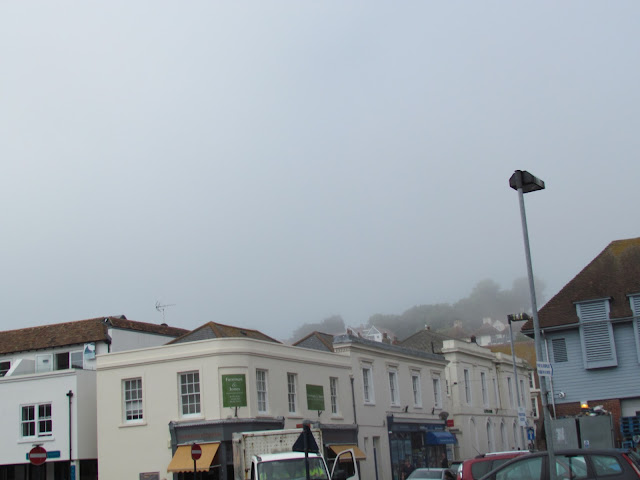 I bought a sandwich to eat before heading back, and sat in my car. I was happily reading my kindle with the windows wide open when I looked up and saw this seagull. He was staring at me and my food very intently. It made me jump and I shut the window pretty quickly, as I didn't want to be part of a scene from 'The Birds'. In Cornwall years ago, a gull swooped down from behind me,  and took a chunk of my pasty and thumb. I don't quite trust them. 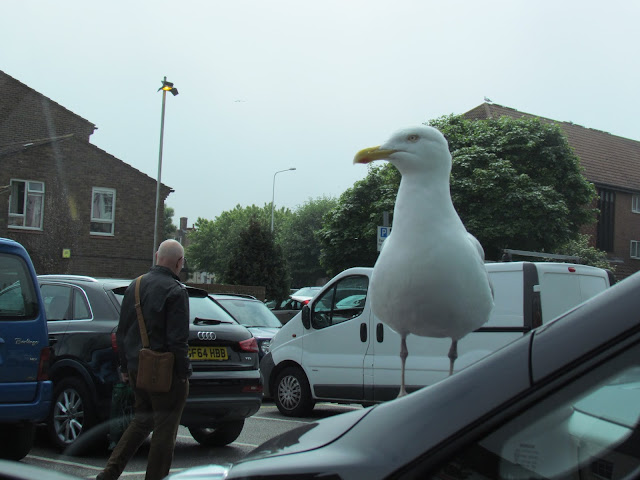 Today, I started to do some work, and then decided to ring my friend from school. We spent a very relaxing few hours in the park near her house, having coffee, strolling, then chatting to a teacher who we bumped into, who used to work at school. She knows lots of people in the park, and we also bumped into a lovely dog walker she knows on the way back to hers, and I had the nicest poochy smooch with her two charges for a little while. It is easy to make dogs fall in love with you, and vice versa! By the time I went home it was about half four! Anyway, it is nine now, and, apart from a trip to the shop, I have worked since I got in, so progress has been made. I am stopping now though as I am falling asleep.
Posted by Sarah at 13:31 1 comment: