I was in the garden today, and the robin that I see every day was on the fence shouting at the cats. They were both out there and neither of them were remotely interested in the robin. I sometimes wonder if they are cats, or just cat shaped teddy bears. I am on holiday at the moment, and continuing the quest to sort the flat out. This week has been all about the bathroom. We had leaky taps, a never working radiator, and mouldy walls. Thanks to Tony the plumber, all is fixed. He is the son of my friend at work and he is really good, and very chatty and friendly. No other plumber ever managed to fix the radiator, broken since the day it went in, but he did. It was like forensic plumbing. I have since repainted, and put up a different mirror-one I found at the boot fair for a fiver. Today I have been removing silicone and will re-do it tomorrow. The best thing about it all is the radiator. It is like a miracle! Hot towels! I love it!
Anyway, back to the garden-the robin was not at all scared of me, and I got really close and took loads of photos. It was a most obliging model. I am glad the cats were not interested. In fact, Cassie looked a bit peeved that it was making so much noise. In the afternoons it has been sitting in the tree and singing beautifully, though that may have been before its babies were born, as that must be why it is so angry about the cats. As it stood there, another one turned up, which caused me to wonder if it was its mate, and therefore if lady robins are red-breasted too. Just looked it up and they are the same apart from the shape of the feathers on their heads and the females being a bit lighter in colour. The females have a more 'v' shaped line of dark feathers and the males more 'u' shaped. I can't see that part of the bird in these photos but will have a look tomorrow as this behaviour has been going on for a few days now. 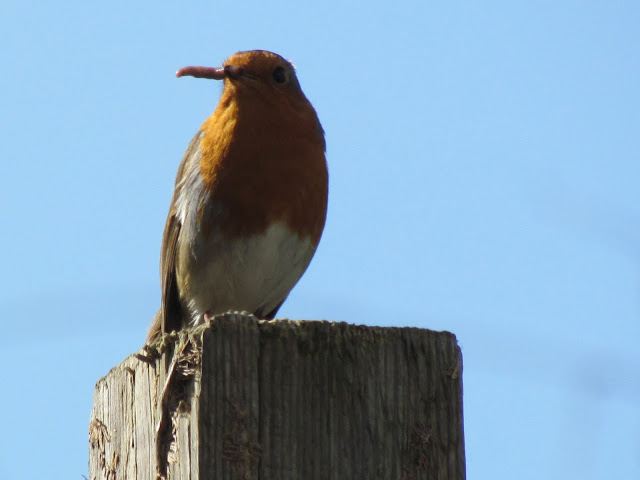 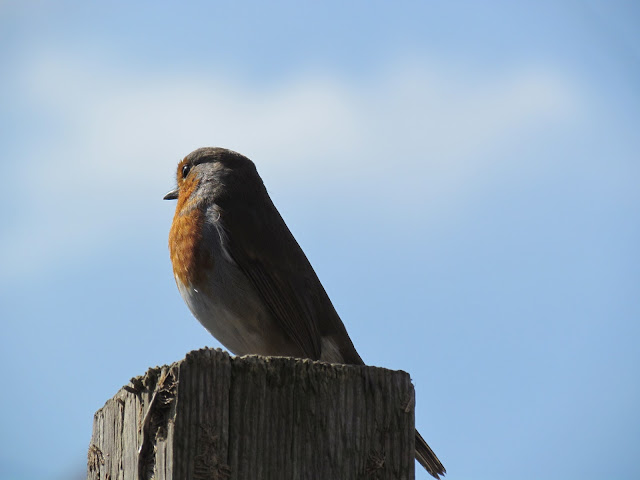 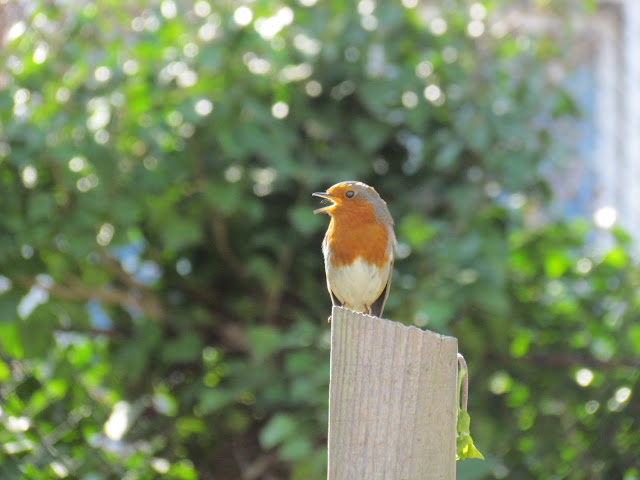 Thank you Mr or Mrs Robin for posing so well! 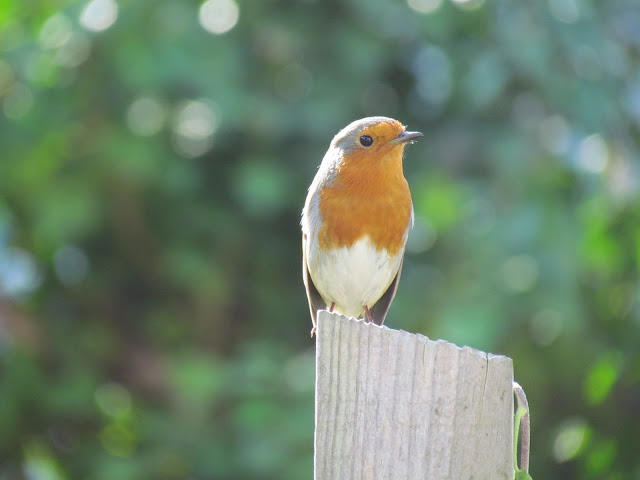 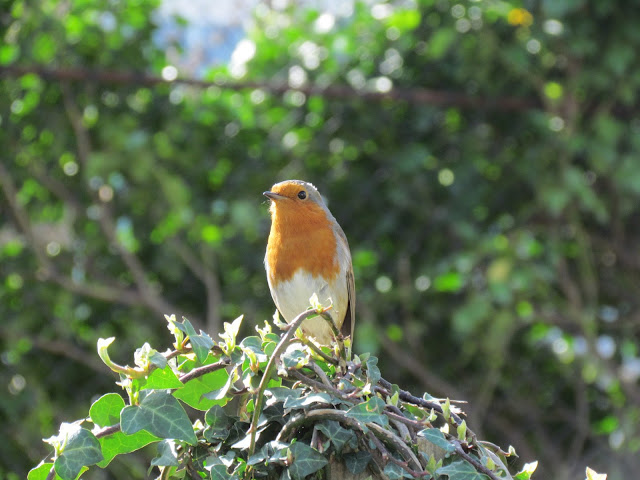 I love this one on the ivy. 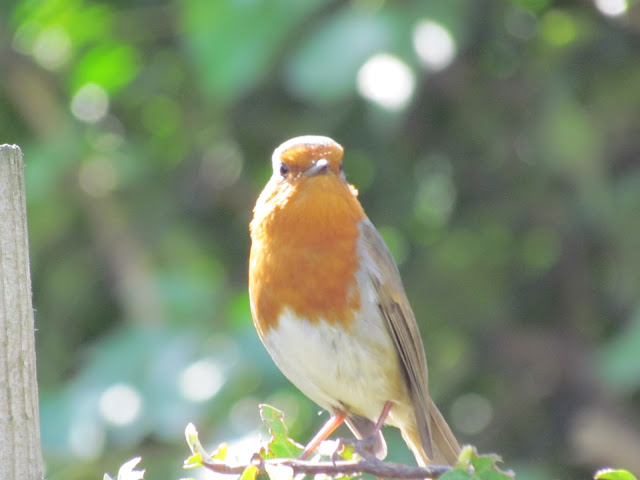 The first bird life this morning was one of the fat love pigeons having a wash. There are usually two of them and they are always courting and more. Wood pigeons have such pretty colours. 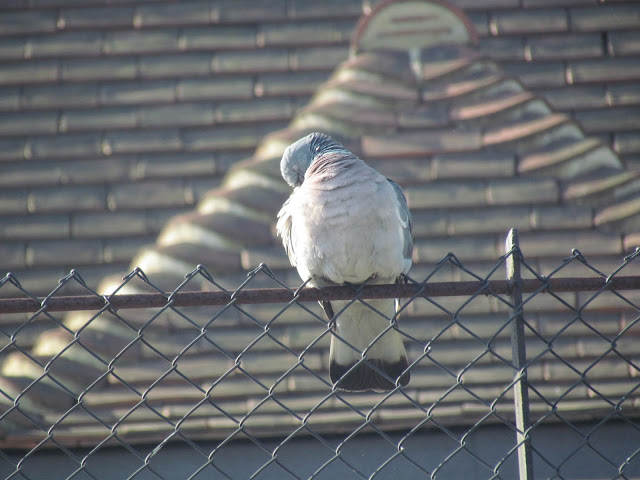 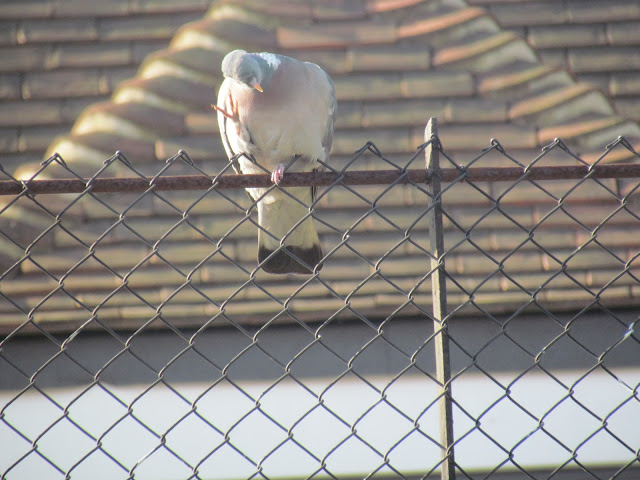 Bee die inspired playing. I wasn't going to buy this die as I couldn't think of what to do with it but I have used it loads. It makes as good a stencil as it does a cut out shape. 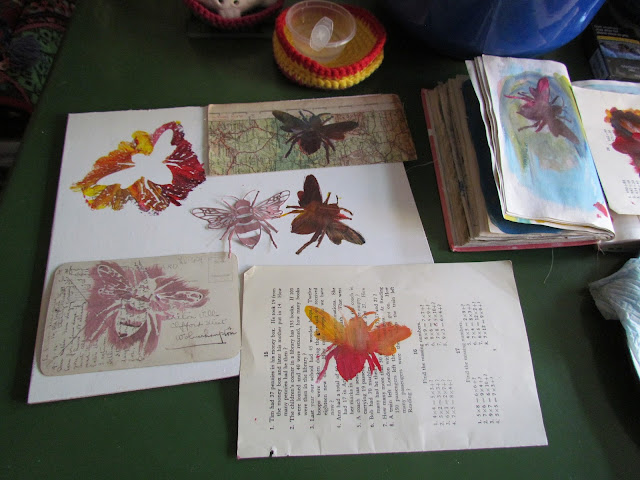 Today was also wash day for the puppets. I like the pigeons in the background of this picture. 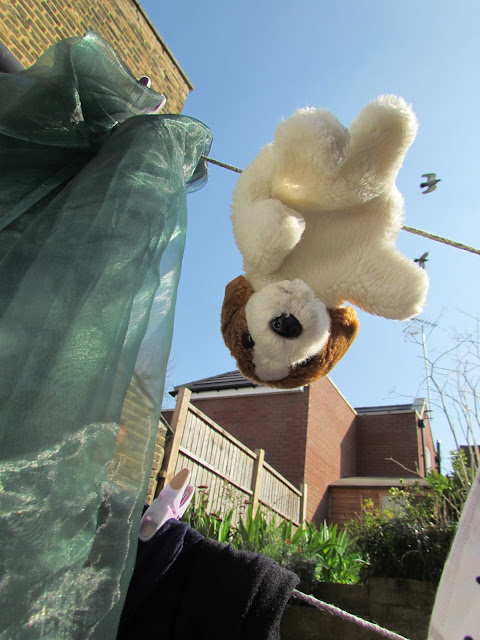 A big Gruffalo and a small Gruffalo. The large one has not actually been to school yet, as I found him after we had finished the book. He was such a bargain though, so he will be ready for the next time I need him. 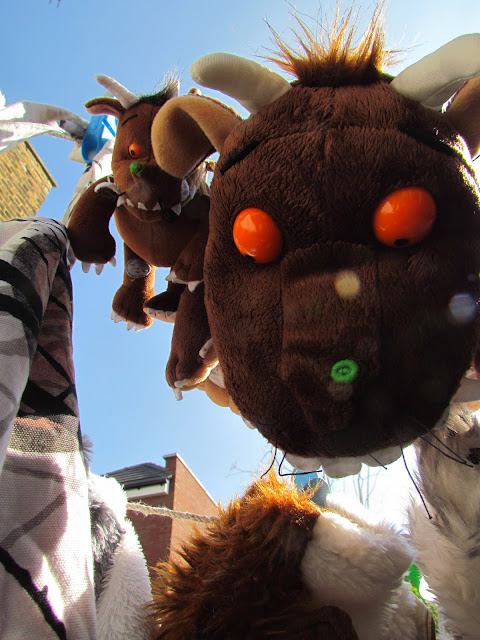 I repotted the rather sorry collection of plants on the windowsill and they are much happier now, I just know it. I have had this half a golfer for years, bought from the old Bottle Shop in Greenwich before they got rid of the large second hand part of the market. He must be from a trophy but goes nicely in a plant pot, forever swinging his missing club. 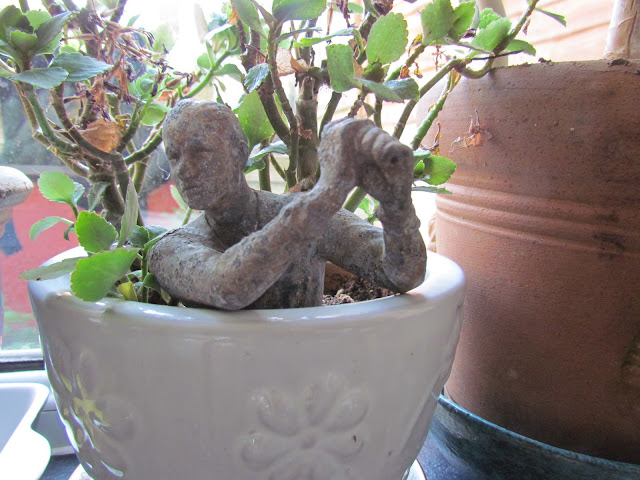 At the bottom of the Dragon Tree is a small soldier, who surfaced in the garden one day. Don't mess with him. 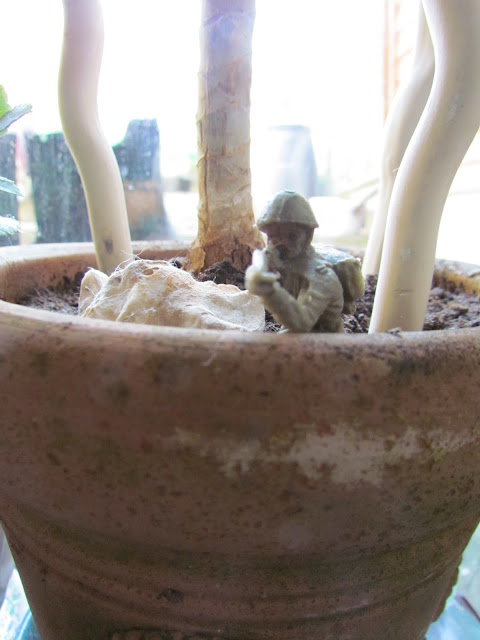