Pedlar dolls are fascinating. They reflect the things that real pedlars in the 18th and 19th Centuries sold, and have lots of tiny things in their baskets. They were made to be used as ornaments rather than toys, and would have been made often by poor workers, and bought by rich women. They were often kept under glass domes, to stop them getting dusty. Some of the dolls were made using apples for their heads, either carved then dried, or dried then carved. I have tried, unsuccessfully I have to admit, to make an apple head. I may try again one day! I made mine as a present for Linda Sue, and have been working on her for a while. Mine sells penny wooden dolls, beads, buttons and small animals. She has a cloak to hold her wares, rather than a basket. 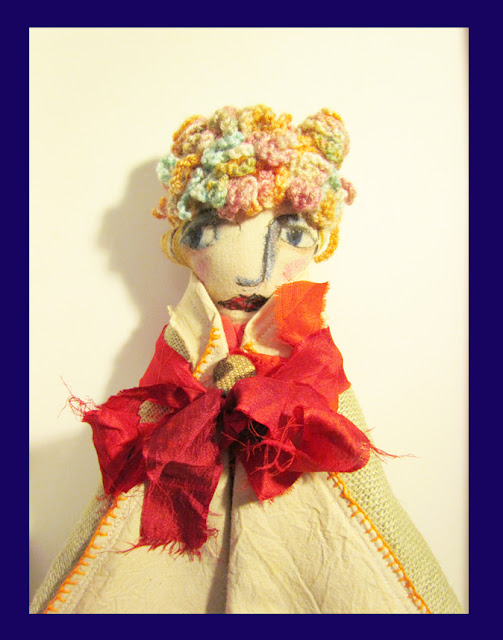 Her hair is multicoloured yarn, crocheted into chains then sewn on in curls. Her face is just drawn, with fabric pens and crayons, then ironed to seal the colour. I coloured the fabric with tea first. Her cloak is hessian, lined with muslin, and decorated with foxes and a quote from a street seller in 'Oliver'. She has Sari silk fastenings for her cloak, with a vintage button. Her dress is made from a fabric with London streets printed on it. Her socks are a repurposed watch thing I was knitting. I wear my watch round my neck, on a band that I knit or crochet. I was trying to do a fairisle type one, which got tangled and went wrong. I had done quite a bit of it, so, when cut in half and with tops added, it was enough to make socks! 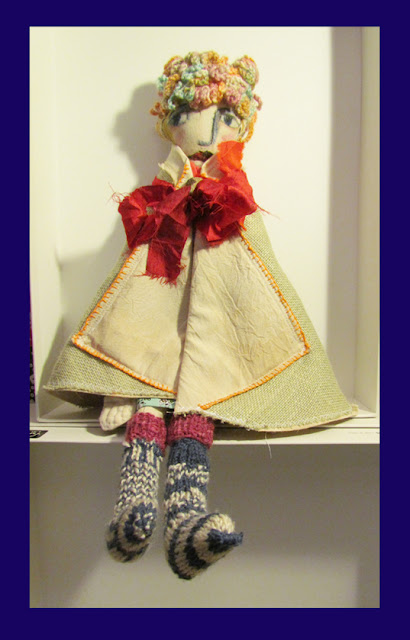 Here is another beautiful example, again from the V and A museum. 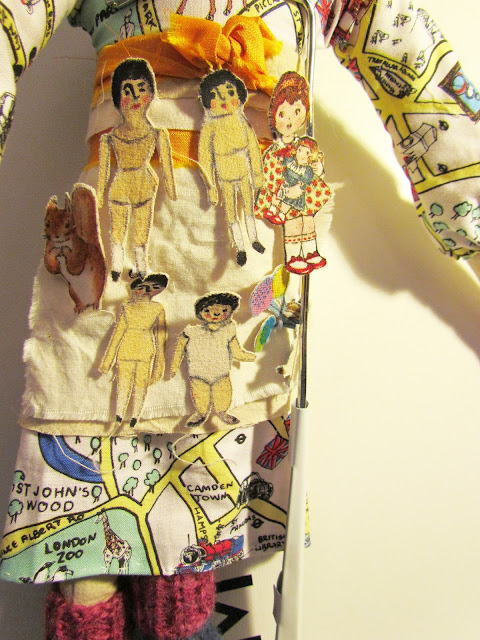 I made the dolls by drawing them, then using interfacing to fix them to another layer of fabric, to make them a bit stronger. I then cut them out again, and added a hook and eye onto them and the apron to hang them. The other doll is from fabric, as are the Beatrix Potter pictures. 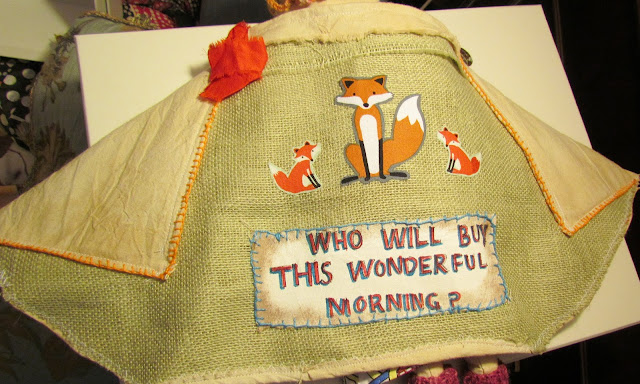 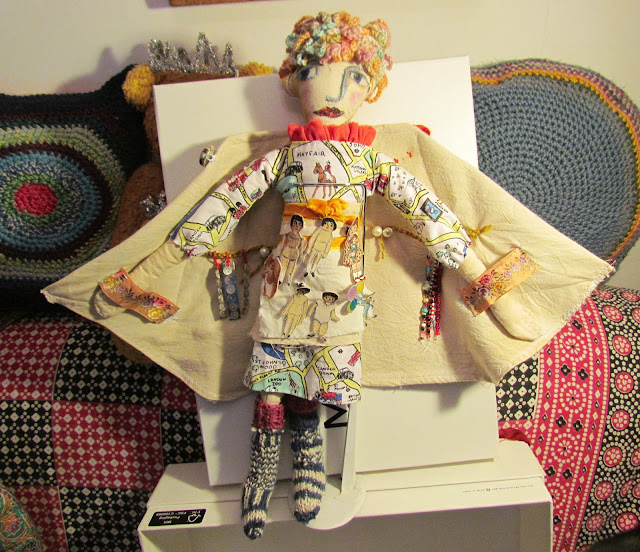 Having spent the last half hour looking at more and more pages about Pedlar dolls, I found this, where dolls and teddies are x-rayed to see how they are constructed. Fascinating!
Posted by Sarah at 01:46 1 comment: