When you read the other comments on people's blogs, do you then sometimes visit the blogs of your friend's friends? Well I did that the other day, and visited Linda Sue's friend Steve's blog. While I was looking through posts I read about something called 'Bleeding London', a photo project run by the Royal Photographic Society. It is based on the book of the same name by Geoff Nicholson, which I have to confess I have not heard of. (it is on my list now though!) Nor had I heard of the project, so there you go, ignoramus in more than one area! The photo project aims to have every street in London photographed and anyone can join in. So I have. When looking through the photos I saw hardly any of this area, so today I have been out on two walks-one in Woolwich (there are quite a few of Woolwich but not of the part I visited today-the scene of many home visits with the nursery!) and one in Charlton. I had a number of places I wanted to photograph, but most of them were just by chance. If you visit the site you can look at photos by area. It is strangely fascinating. I spent ages last night and this morning looking. Partly to check for Charlton, but mainly as it is great! Here are a couple of my photos from today. 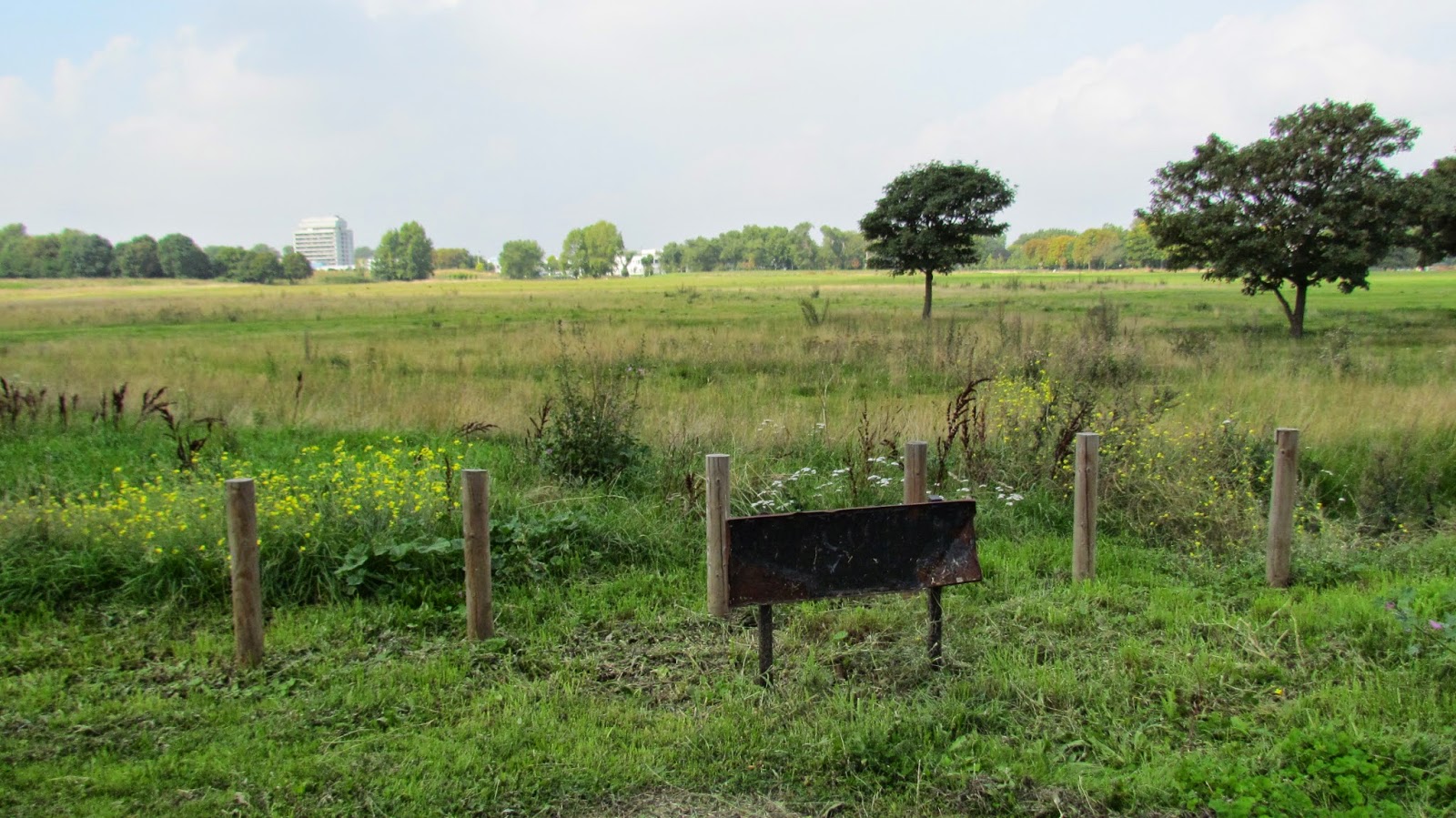 This is Circular Way, SE18. It cuts across Woolwich Common, right next to a nursery I have visited many times, for inset on ideal classrooms and for forest school meetings. I used to ride my bike across here in the days when I rode my bike to work. It was shut during the Olympics as the shooting buidlings were here. If you go on street view on google maps it is from that time. What I like best about this photo is how the sign looks. I don't know how it got in this state, maybe vandalism as I presume it was new after 2012. You can't read the name. 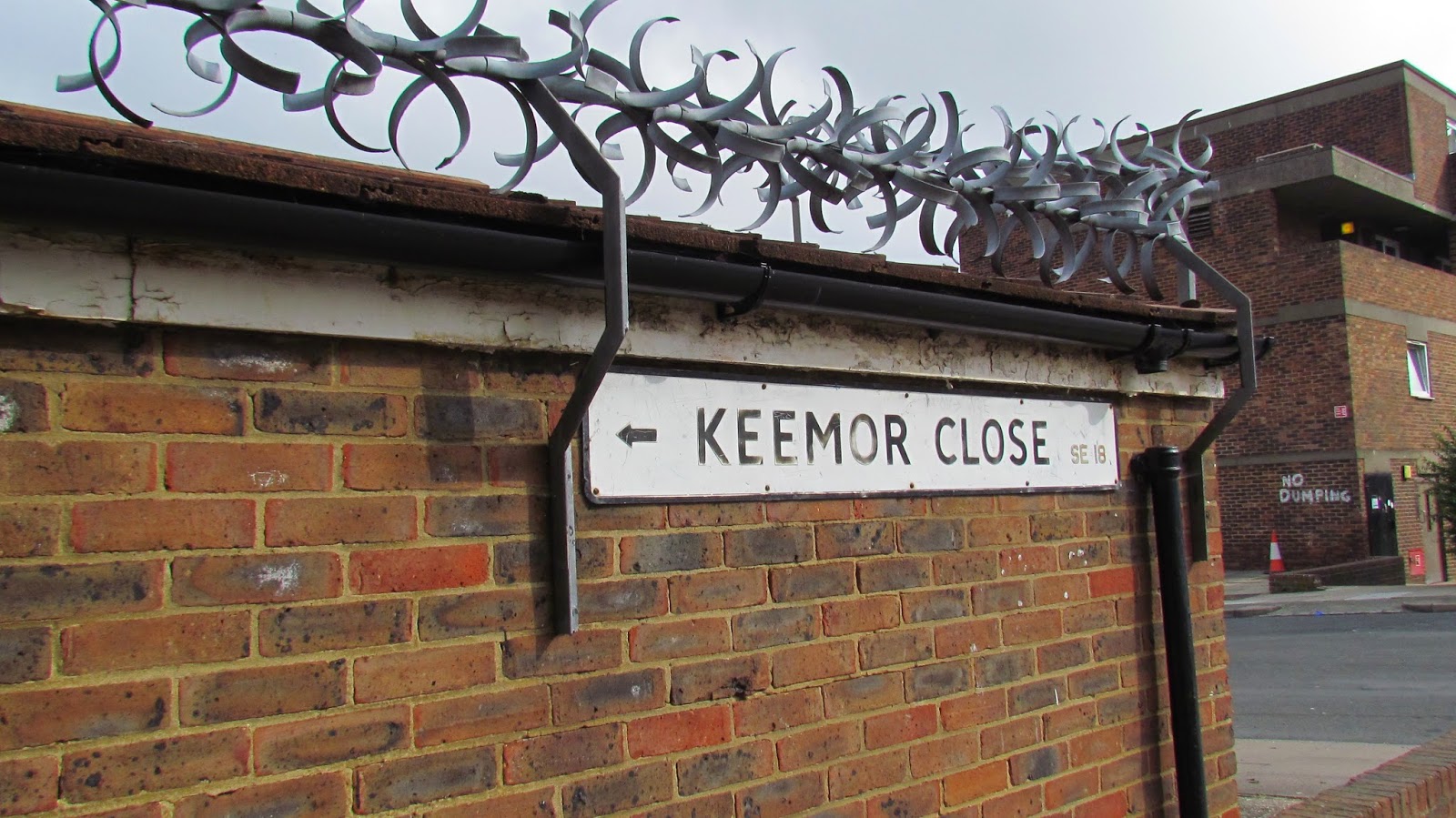 This is near where I parked. You can cut through on foot and I wanted a photo of the street it leads to. I took a lot of photos round this area last year when on home visits. Looks very unfriendly with all that sharp wire. This is just up the road. I always wanted a yellow car! They could see me coming then! After this I went to a little street across the road. It has lots of small businesses on it and used to have a a sewing shop. That has now shut and there is a mental health charity shop. There were three people in it, pricing things and looking like it was all new. I don't hold out much hope for it as it is out of the way of the main shops. I bought a small owl candle and a small china rabbit-just to buy something as I felt sorry for them. 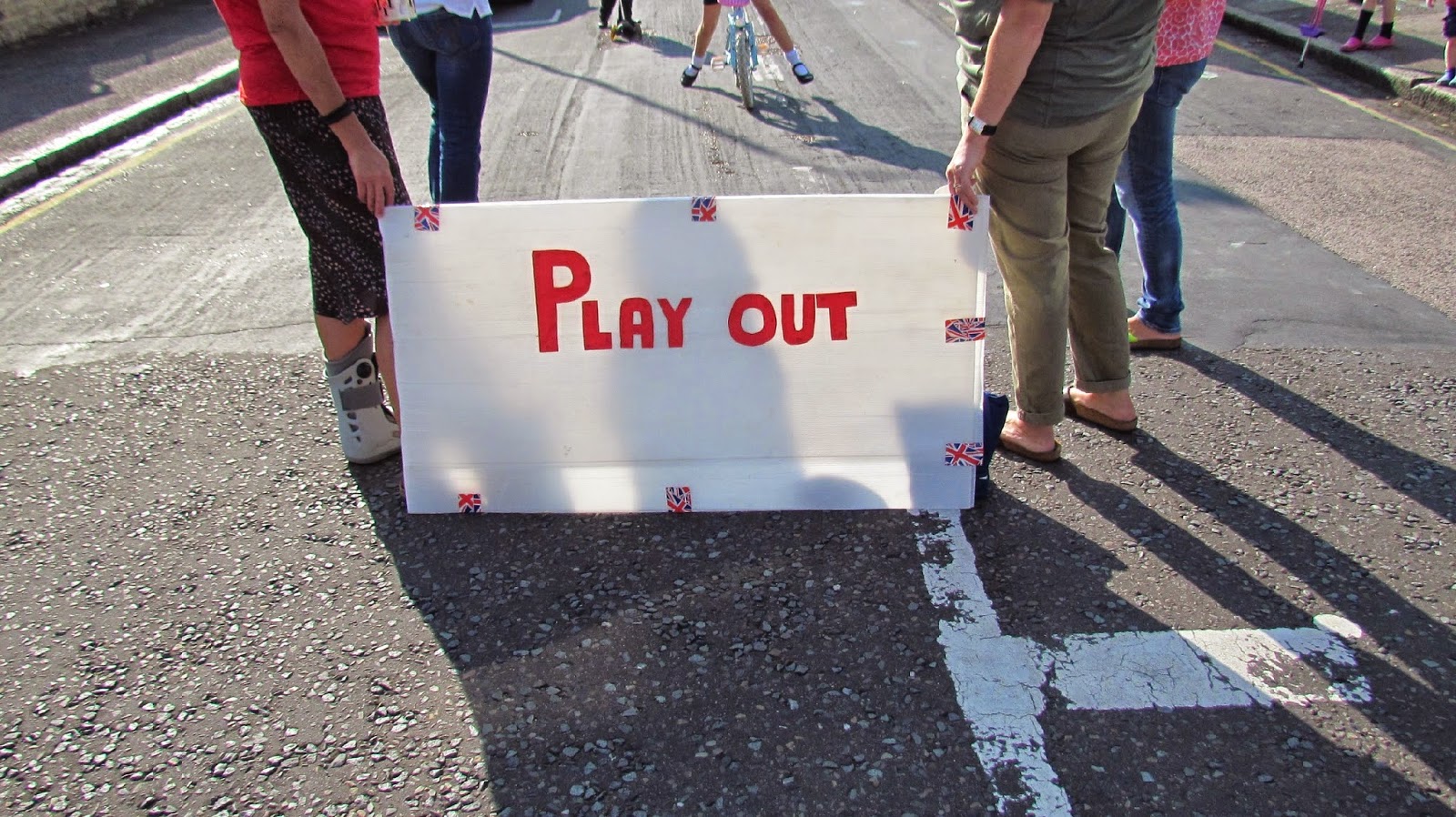 This is the next road to me. Every two weeks it is shut to traffic (apart from access I think) so children can play in the street. There were loads of kids out. I asked this group of Mums if I could take their photo and they were very happy for me to do so. 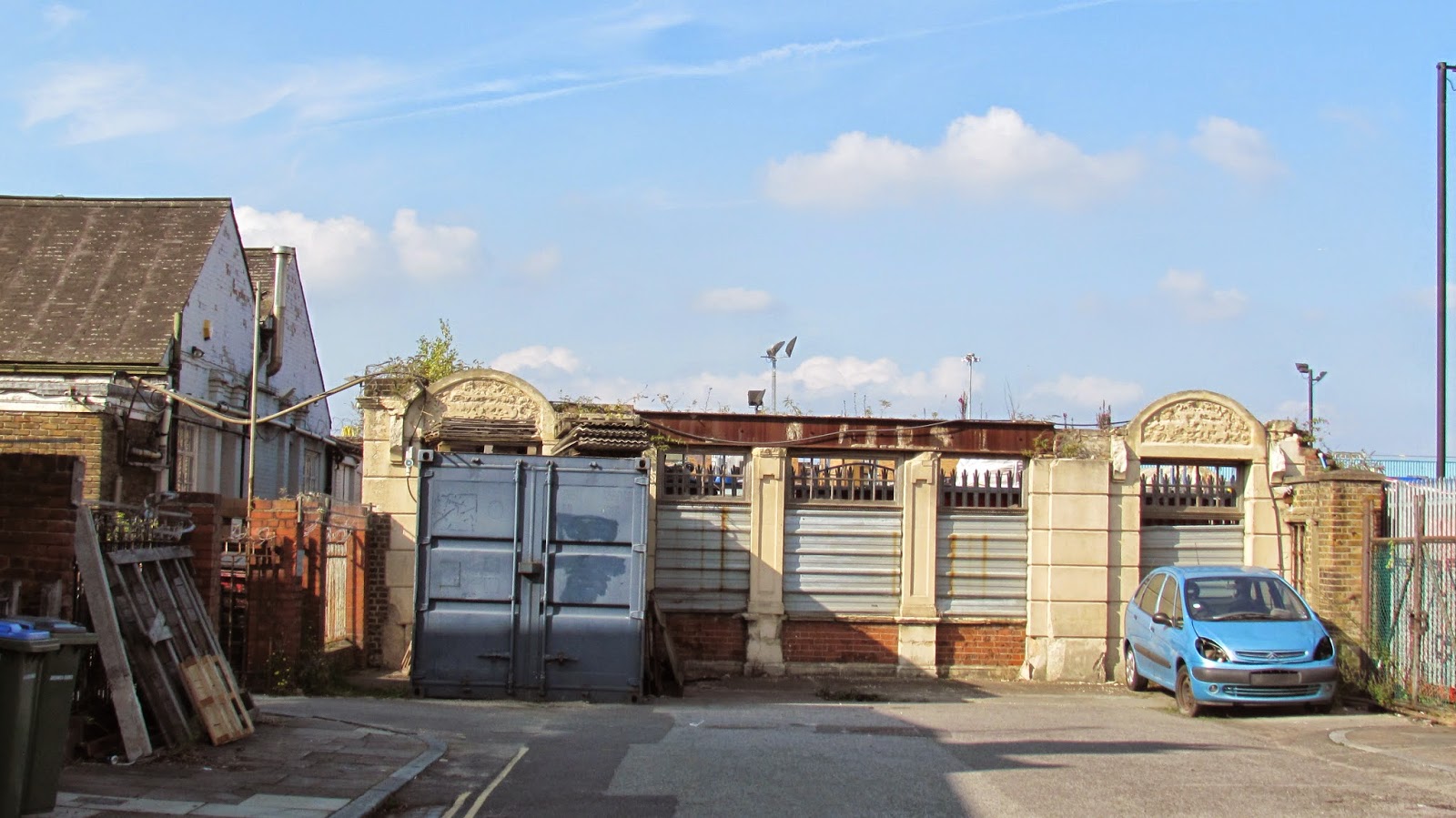 This is a road off of Woolwich Road. It is called Holmwood Villas, a very grand name. I have taken photos of this before as it is so ruined but looks as if it had a grand past, to go with the grand name. It is also the sort of place that will not last forever. 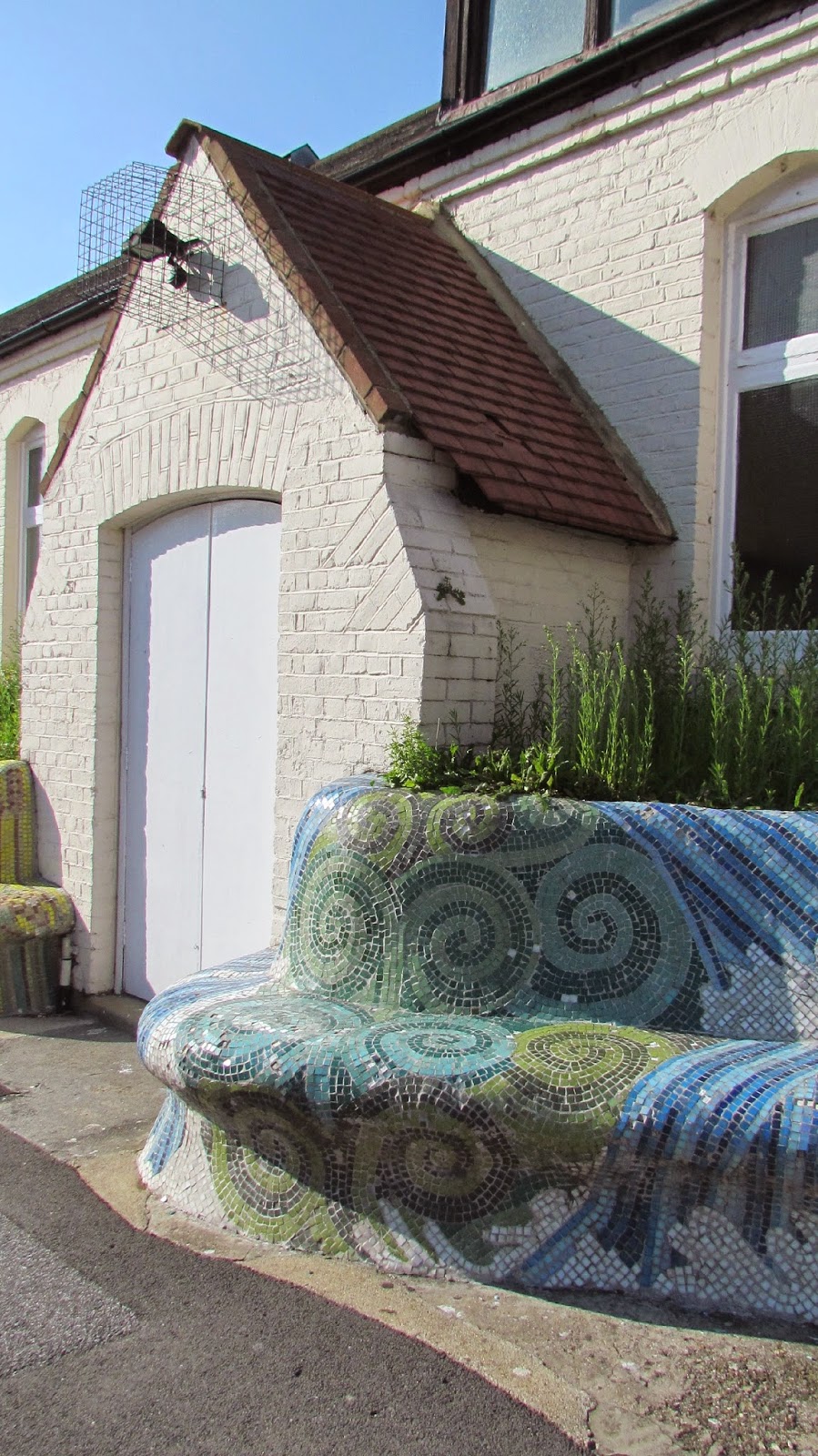 This is another place I have photographed before. These amazing mosaic benches surround a little church. 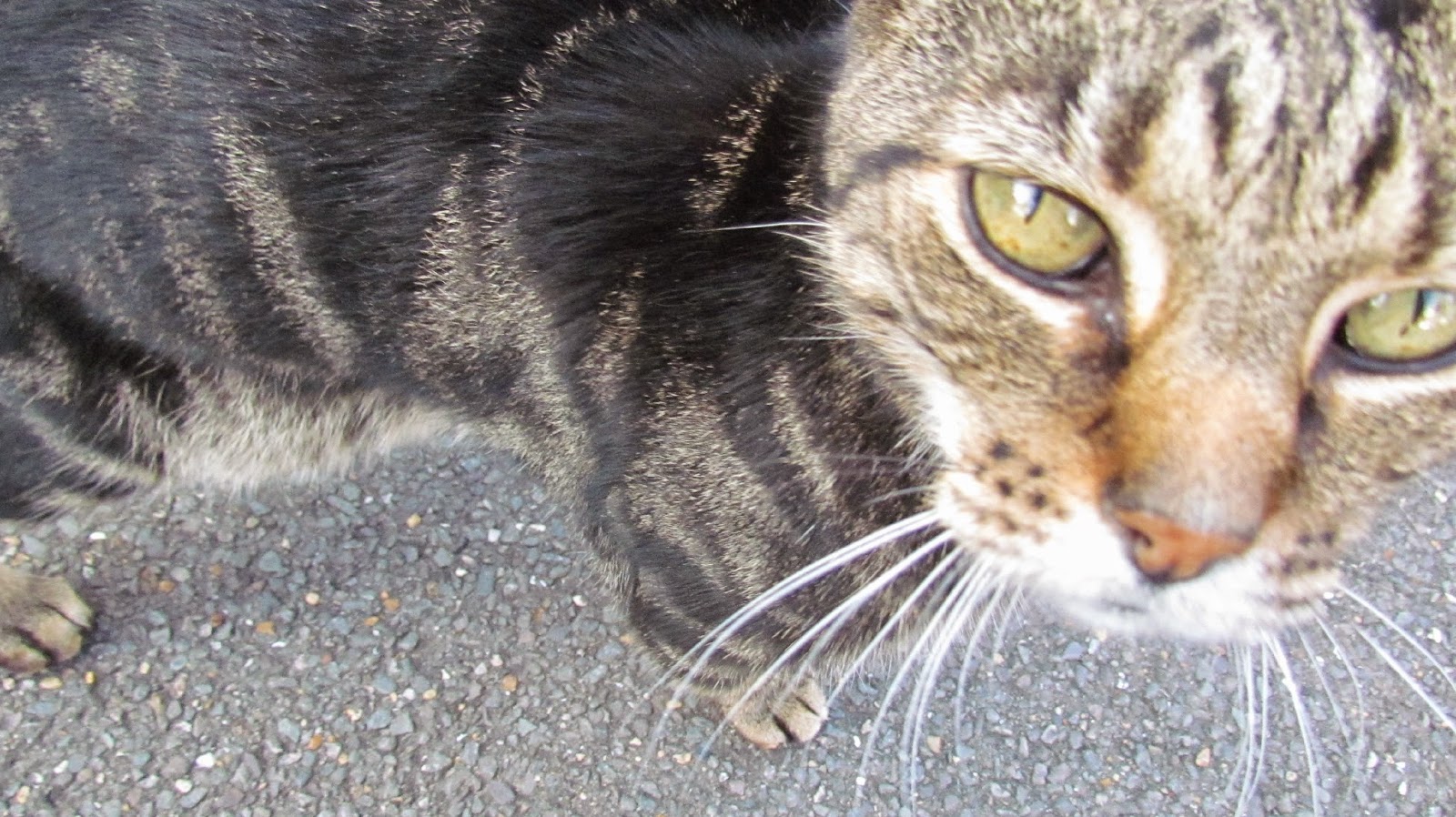 This photo is of a little cat who was friendly after I had photographed the Mums. It was really sweet. Old and bony. I had to tell it not to follow me. Isn't it like one of mine? This is the photo I put in for this road. I couldn't resist at least one cat picture!
On another subject...
I have just been visiting blogs and on Kelly Kilmer's she is asking for support for her son Tristan who needs a certain amount of subscribers to his youtube channel before he can enter a contest. I have just visited his site and subscribed, after watching a brilliant short film. Just passing on the request as he is good!
Info on this post.
Tristan's youtube channel
Posted by Sarah at 15:00

Interesting variety of locations. I was especially impressed by the mosaic benches. It was also fun to see how the city makes the street available as a play area for the children. Of course I always like kitty pics. Great photos!

Super photos!
Are you heading back to school?

Sara, thanks so much for visiting my blog and for taking on the Bleeding London challenge! I will be down in South London myself later this evening photographing streets in and around Deptford. (Part of an organized group meetup.) You can keep track of Bleeding London events and of streets that have already been covered through the Web site, as I'm sure you've seen. There's a blog too but I don't have the link for it at the moment. I'll mention to Del (the organizer) that you'll be working more on the Charlton area -- she'll be thrilled!

Oh, and I love your pictures! The benches are amazing, and the cat is terrific too. I love the challenge of finding something interesting on just any street. Amazing what's out there! (I have a thing for yellow cars, too, I've discovered...they're very photogenic, even without eyelashes. :) )

Here's a link to info about tonight's meetup, on the off chance that you'd like to attend:

Thanks Leenie! Hi Elizabeth-no-don't know if you know but I left my job and am going to do supply for the year. I have not had any work yet though as the beginning of term is too quiet. Have enjoyed the exra week off though and hope to get lots of work next week!

Hi Steve,
Thanks for the positive comments! I only saw your comments just now or else I might have come to join in in Deptford. I used to live there and it has some great streets! Hope you got lots done. I will do my best to get as many streets in Charlton done as possible. I have enjoyed my few days wandering round so far. It is nice to have an actual concrete reason for taking so many photos-I love to do that anyway but it has given a different slant to it!