A Walk With Geoff Anderson

I really fancied a walk today, and planned to park in Greenwich park, and walk down into Greenwich. It was raining as hard as ever today, so I had to get Geoff Anderson out of the boot of the car. Geoff is my waterproof jacket, a bargain from a charity shop, bought just before our Skye holiday last year. It is a good make-Norwegian I think, and I was really pleased with it, as the hood stays up, and is comfortable (not my usual experience with hoods) and it keeps me pretty dry. As with most clothes I have bought from charity shops, the reason for it being there became apparent after a while. It is lined with a kind of white rubbery feeling substance, which is gradually flaking off, leaving a fine white powder all over things-me mainly. But it does the job for now! I really enjoyed my walk, and took lots of photos. Here are a few. (quite a few) I chose the extra large option for the photos, which I just noticed today. I have always wanted bigger photos but couldn't face the complicated process of doing this, so if this works and doesn't take ages to load, I will be happy! 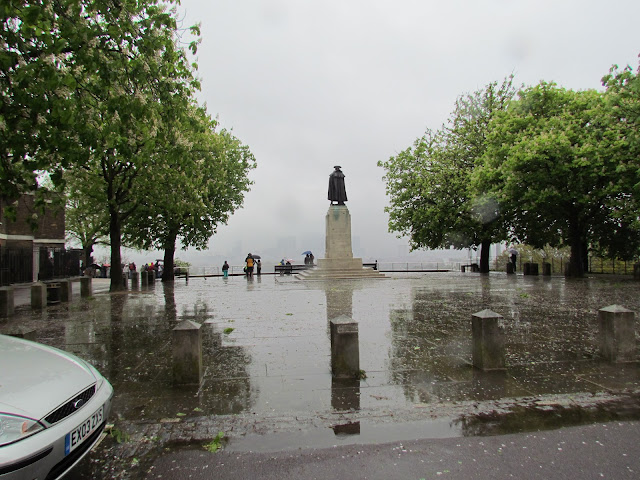 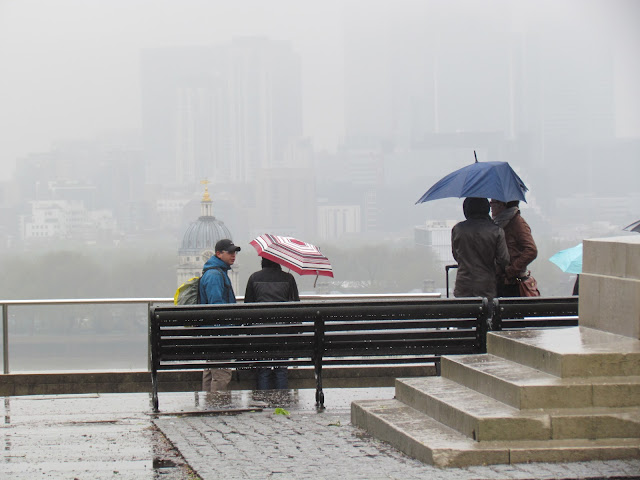 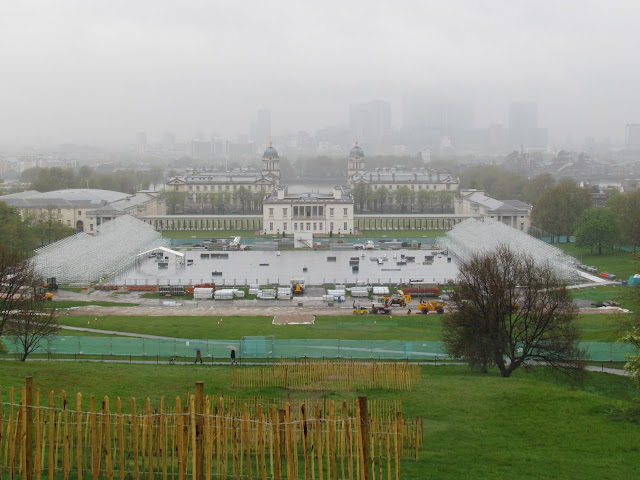 Preparations for the Olympic horse events. 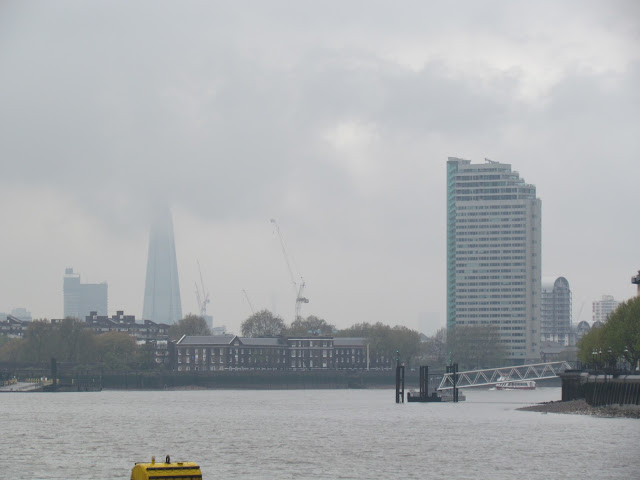 The Shard disappearing into the clouds. 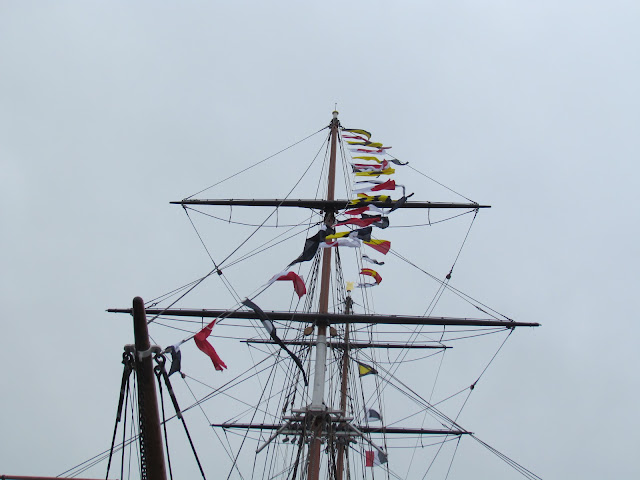 The renovated Cutty Sark has lots of little flags which looked colourful against the grey. 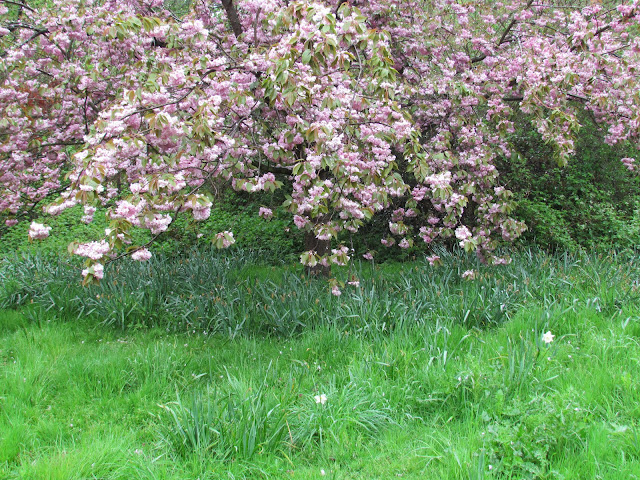 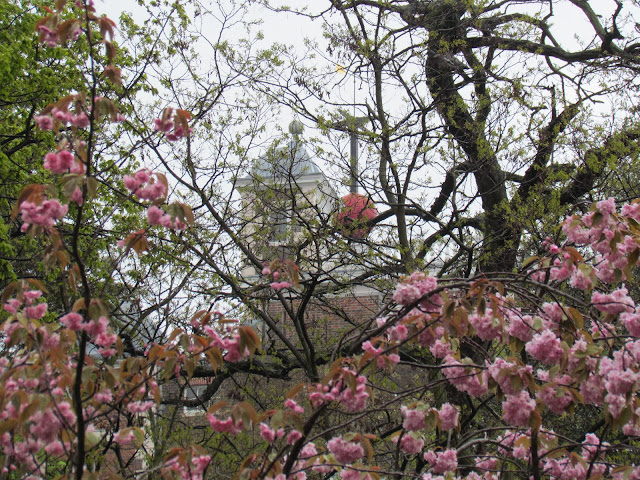 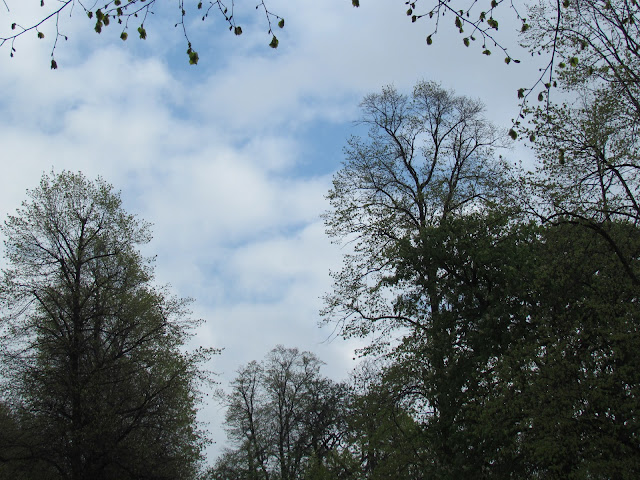 Blue sky appeared as I walked back through the park. 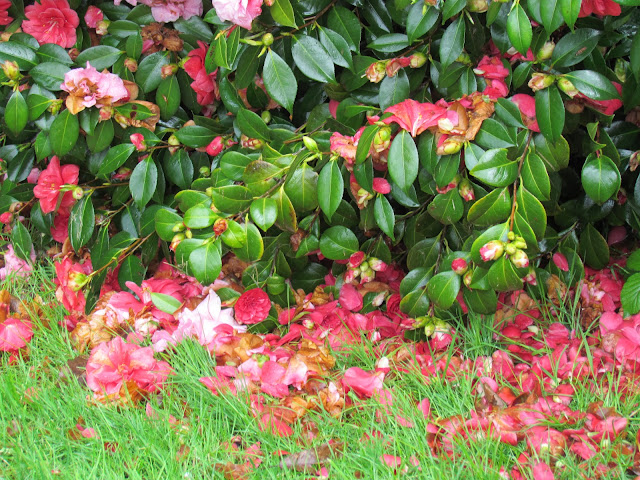 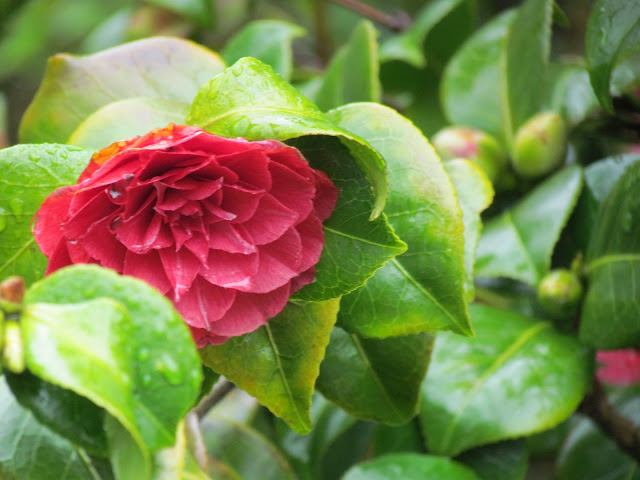 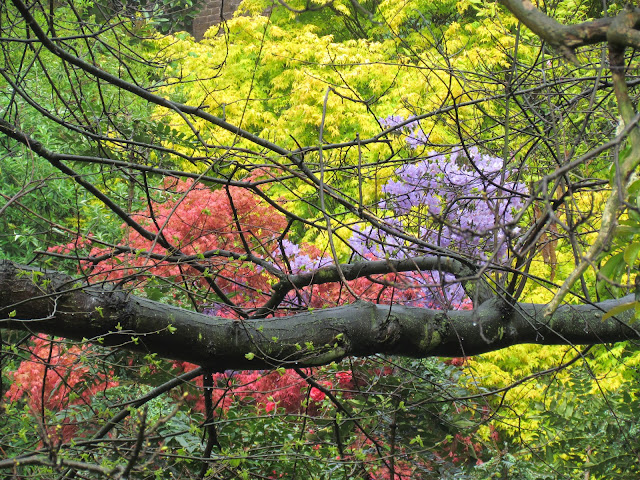 This colour combination is so vibrant! 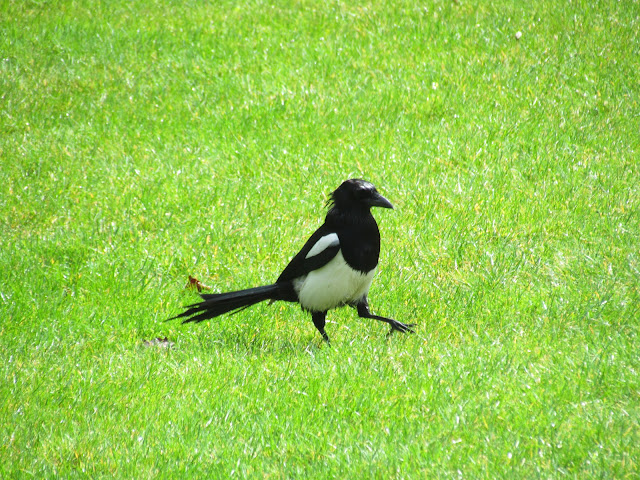 A bedraggled magpie enjoys the brief moment of sun. 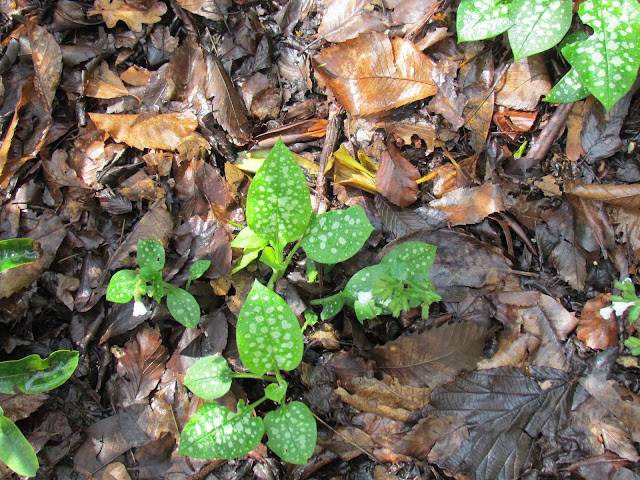 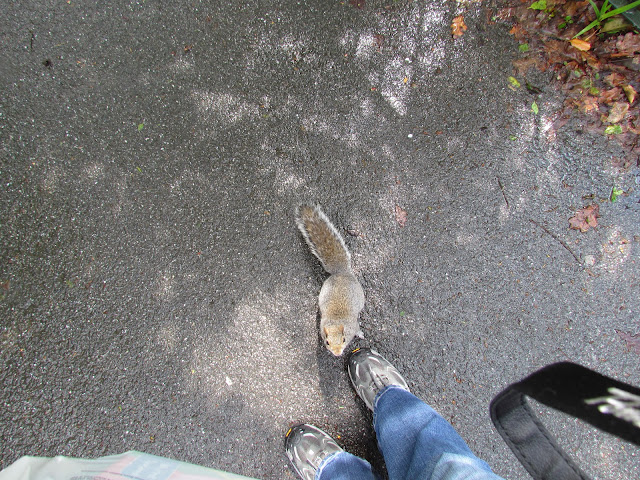 This squirrel was totally fearless. I had no food but that didn't stop him. He kept running towards me as I backed away, trying to get a good picture. I stood still-wondering-would he keep going? Yes! 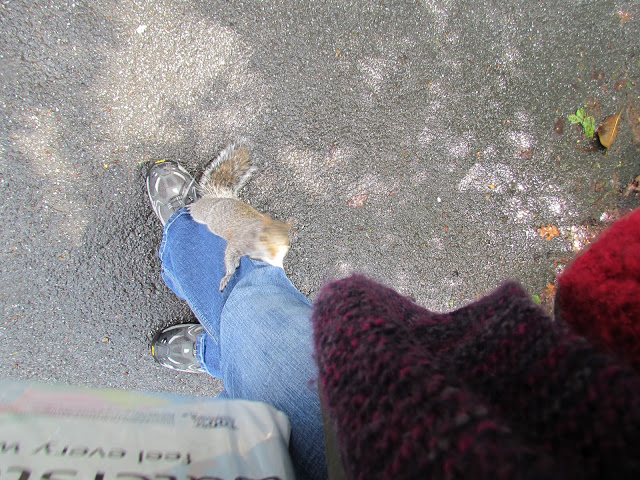 He started to climb my leg! I leapt back and he jumped off, but he kept coming. When another one appeared I left, with visions of horror stories such as 'The Rats'! 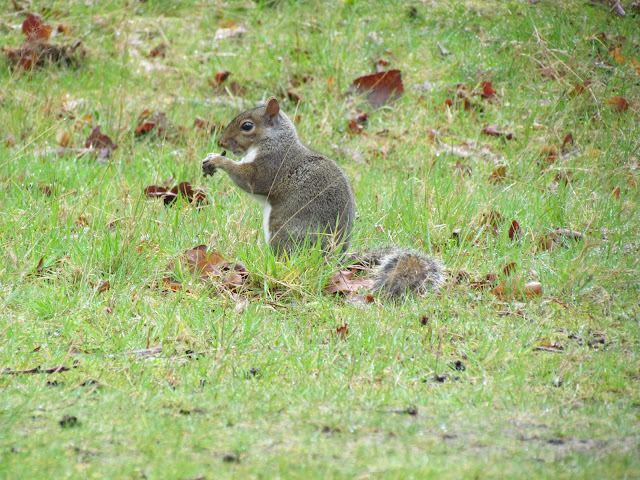 This squirrel was quietly minding his own business, and eating a nut, in a lovely traditional manner. 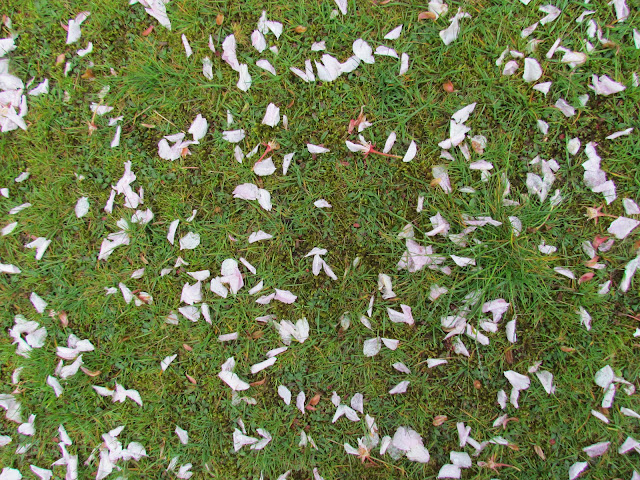 Hello there! What a beautiful rainy walk. Great photos! It's been chucking it down here in Norfolk most of the weekend. I have to admit to a weekend hibernation, which is lovely once in a while. Have a good week. Ros

Moody and stunning.
The new super big photos really make me feel as if I'm there and damp as can be!

Loved the walk with you, even in the rain. Gotta watch out for those attack squirrels, though. heh heh

i love the grey, the mystery and soft fading even mingling of light. your magpie is doing a jaunty walk and i love it all...each swath of blooming each layer of being.

Gosh, I love your new header. LOVE IT!! Plus, what a stunning walk.

Crawling quickly up your leg- sorry that would freak me out more than a little hop backwards! So rain, is it? Well, it is like a winter day here - freezing rain, dark and terrible. I heard about Heathrow yesterday, glad to be forewarned...See you soon.

I'm not missing the rain (which I believe has been legendary) but you managed to make it look beautiful! What a great walk (apart from the psycho-squirrel!) Can't wait to hear about your adventures with LS, which I have no doubt will be fun. I'm gutted that I won't be around - it would have been lovely to have a meet up... ENJOY!!!

What a super selection of photos! the larger format is nice.

It makes me rather mad that it's so hard to get into Greenwich park but I suppose it's good to bring the Olympics to other areas.

I think I like the multi coloured blossoms picture the best ... but they're all delightful.