We were very dull and anti social last night and stayed in. It was a nice evening. We watched a bit of Modern Family, ate some cheese and onion pinwheels that I made, drank some heavily brandy laced mulled wine which Andy made, then were in bed by eleven. We heard rather than saw fireworks. Our friends in Holland rang at half eleven (half twelve for them) which was lovely, then we went to sleep. So, about seven hours after my midnight screen shot, we were awake and un-hungover. After breakfast we nipped to the supermarket then set off for a drive-aiming to go to a place called Chattenden woods that Andy had found. It is not far-near Rochester. As is often the case on our adventures, we didn't quite find where we were looking for but went somewhere else instead. We ended up in High Halstow where we went in a pub called The Red Dog. Andy had a pint of some smooth but strong tasting bitter and I had a coke. They were not doing food so we had crisps. Then we carried on looking for the woods, driving along the beautifully named Christmas Lane. This brought us to a main road with signs to MOD Chattenden. (Which according to Wikipedia is now being considered for housing development, but may not be developed as it is a site of special scientific interest due to the nightingales that live there.) We still didn't find the woods. So we went to Upnor instead. 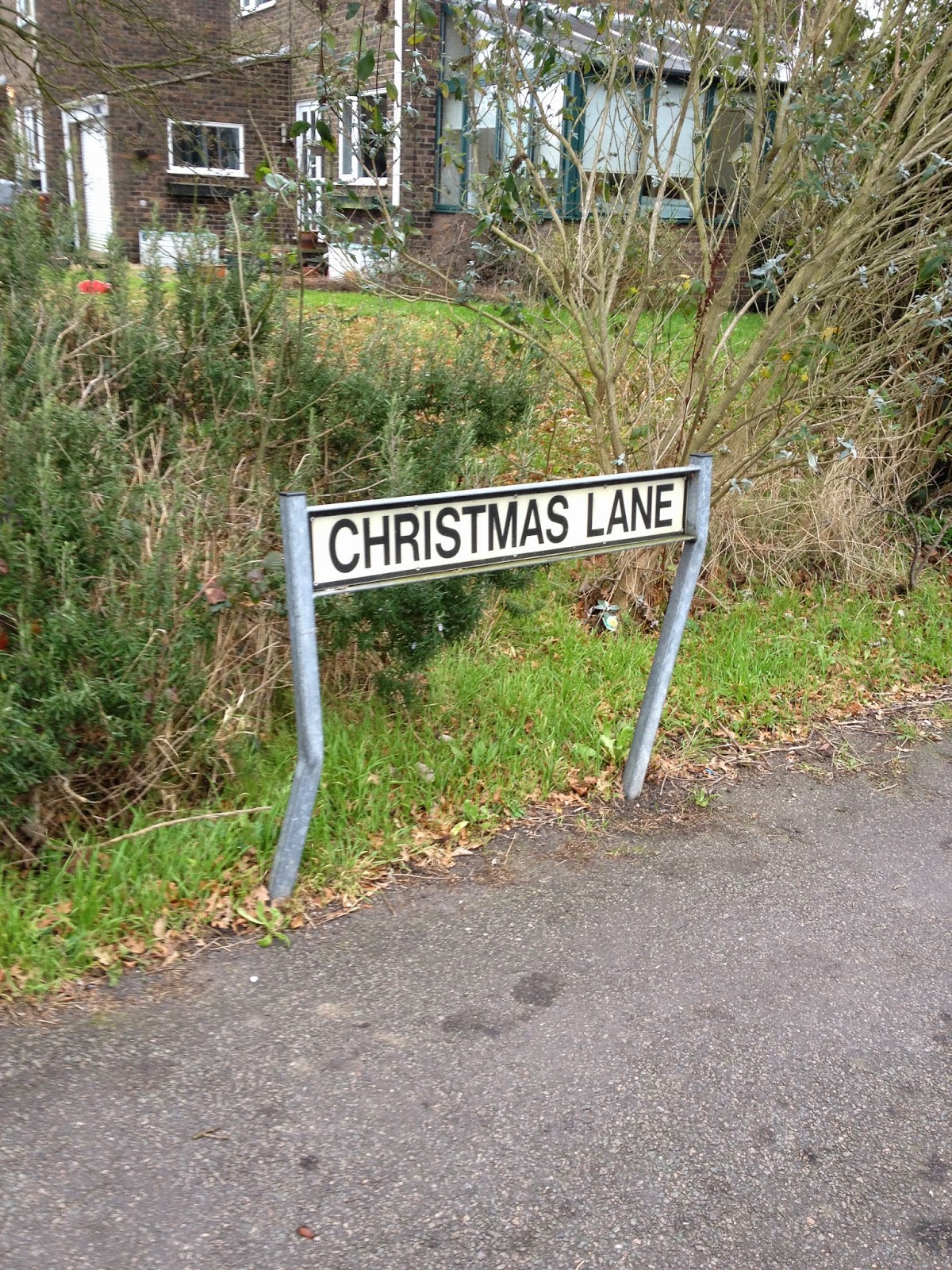 We decided to walk around the back of Upnor, but came to a dead end with more MOD property behind. There was a footpath running along the side of the MOD place so we went along there. We walked for about half a mile, then up another little path in some actual woods, before turning back. It was a walk filled with dire warnings of dogs on patrol and forensic trap devices-whatever they are. The path seems to be part of something called The Saxon Shore way. At one point we were next to the motorway and someone had cut a hole in the fence so I wouldn't fancy having a dog off the lead down there-not very safe! 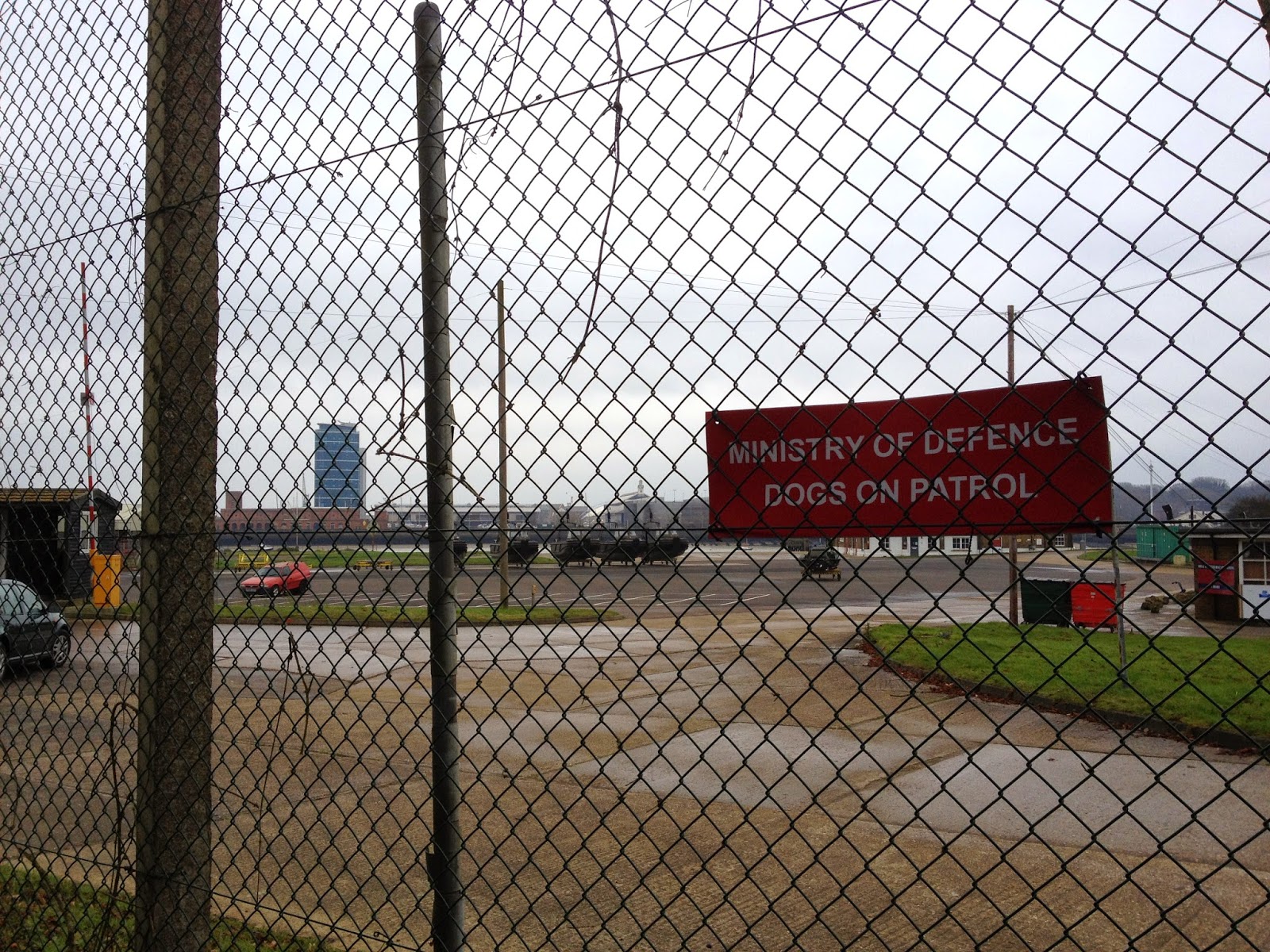 We saw no dogs. Maybe they get New Year's day off. There was a man in the check point building at the gate but he didn't glance our way either of the times we walked past. Maybe he was a decoy! 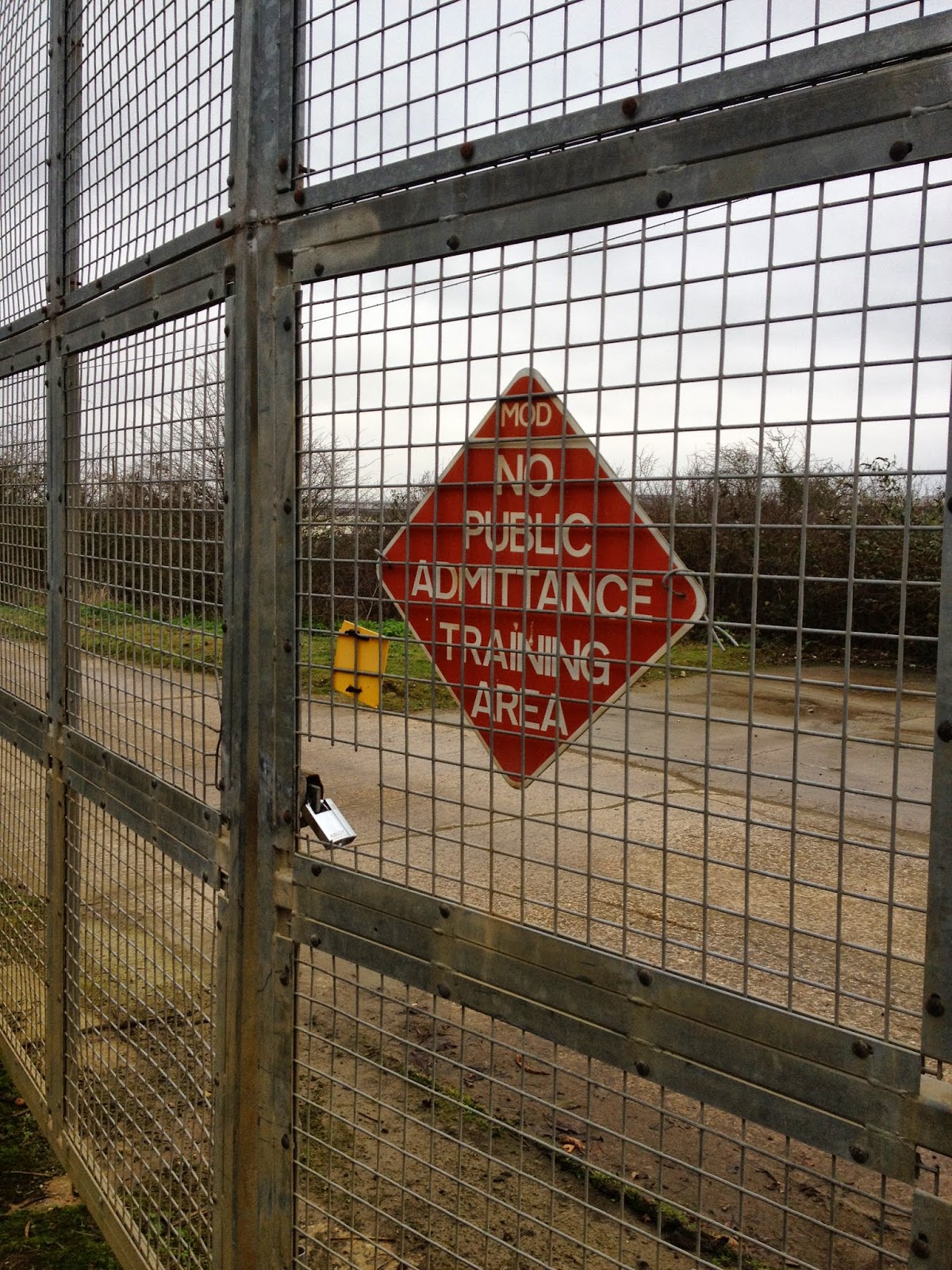 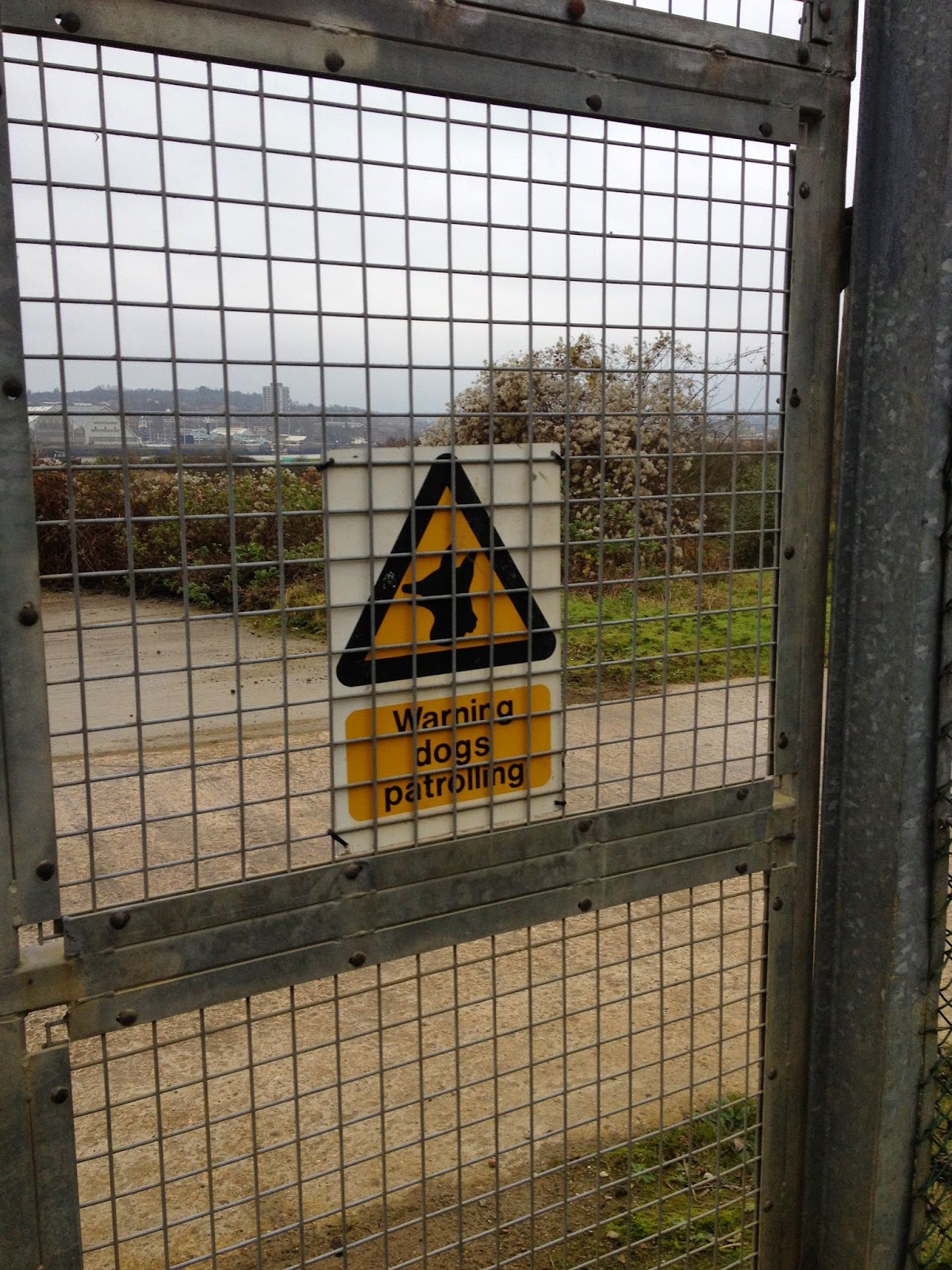 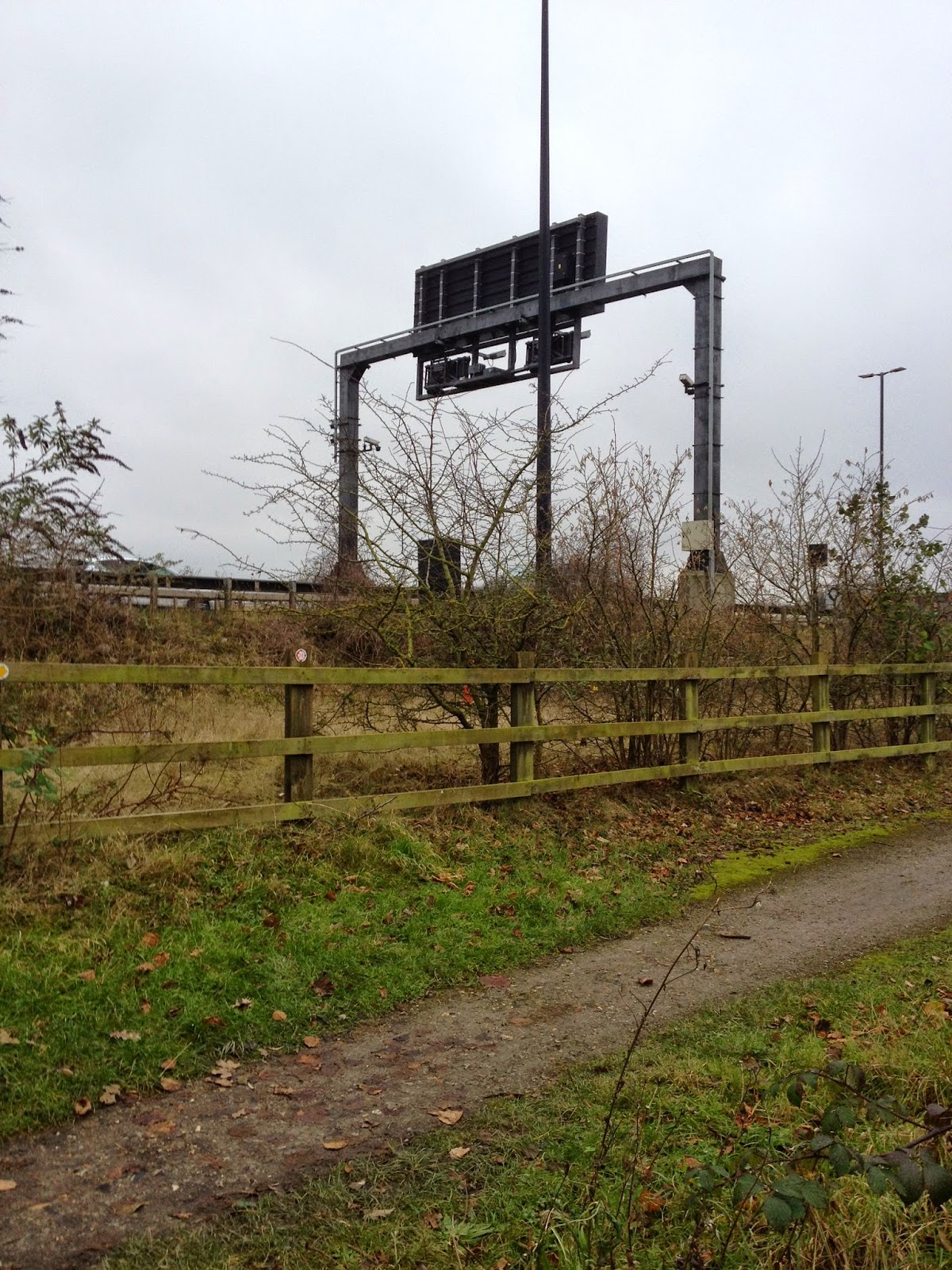 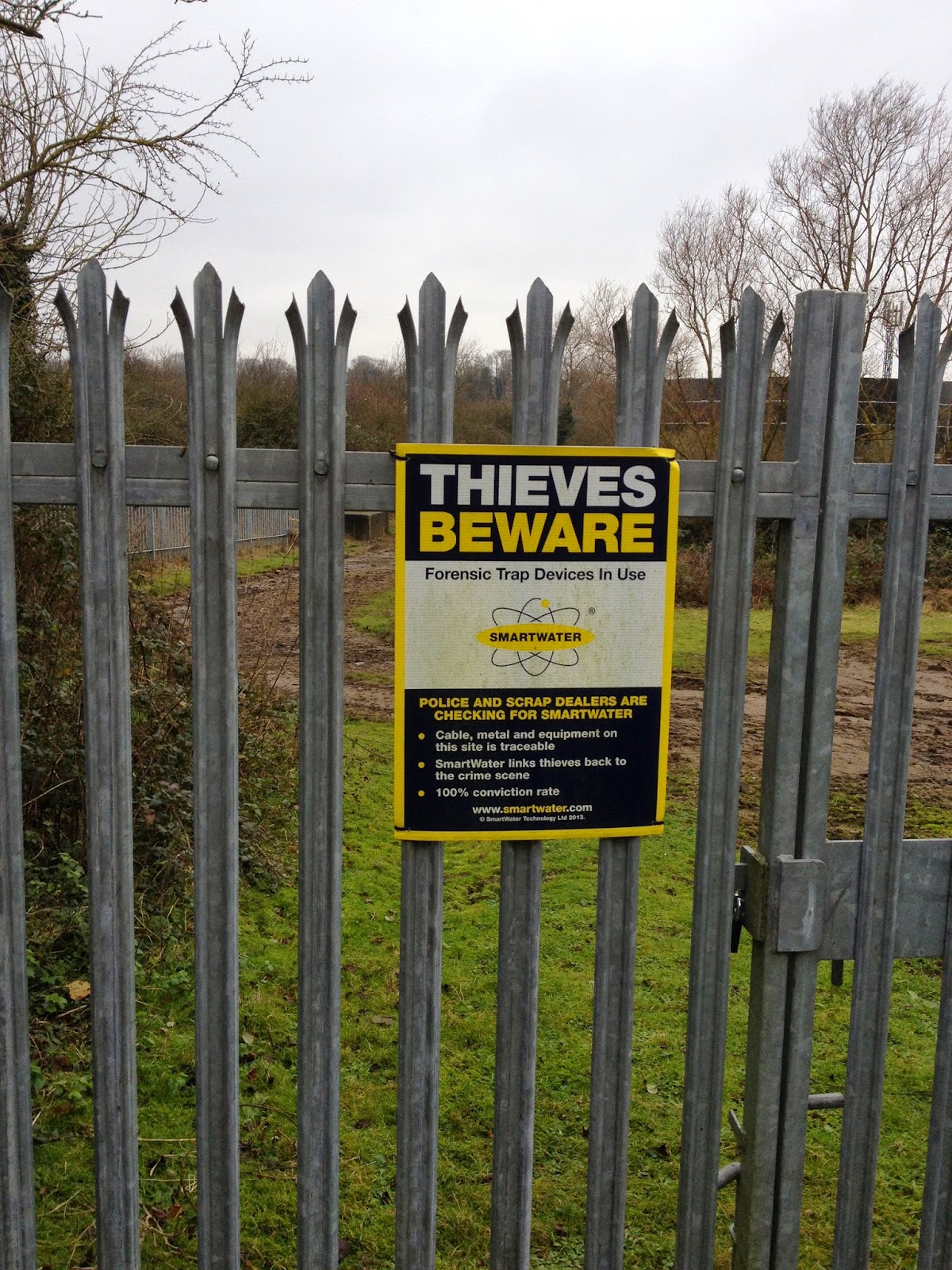 The beginning of the path through the woods. 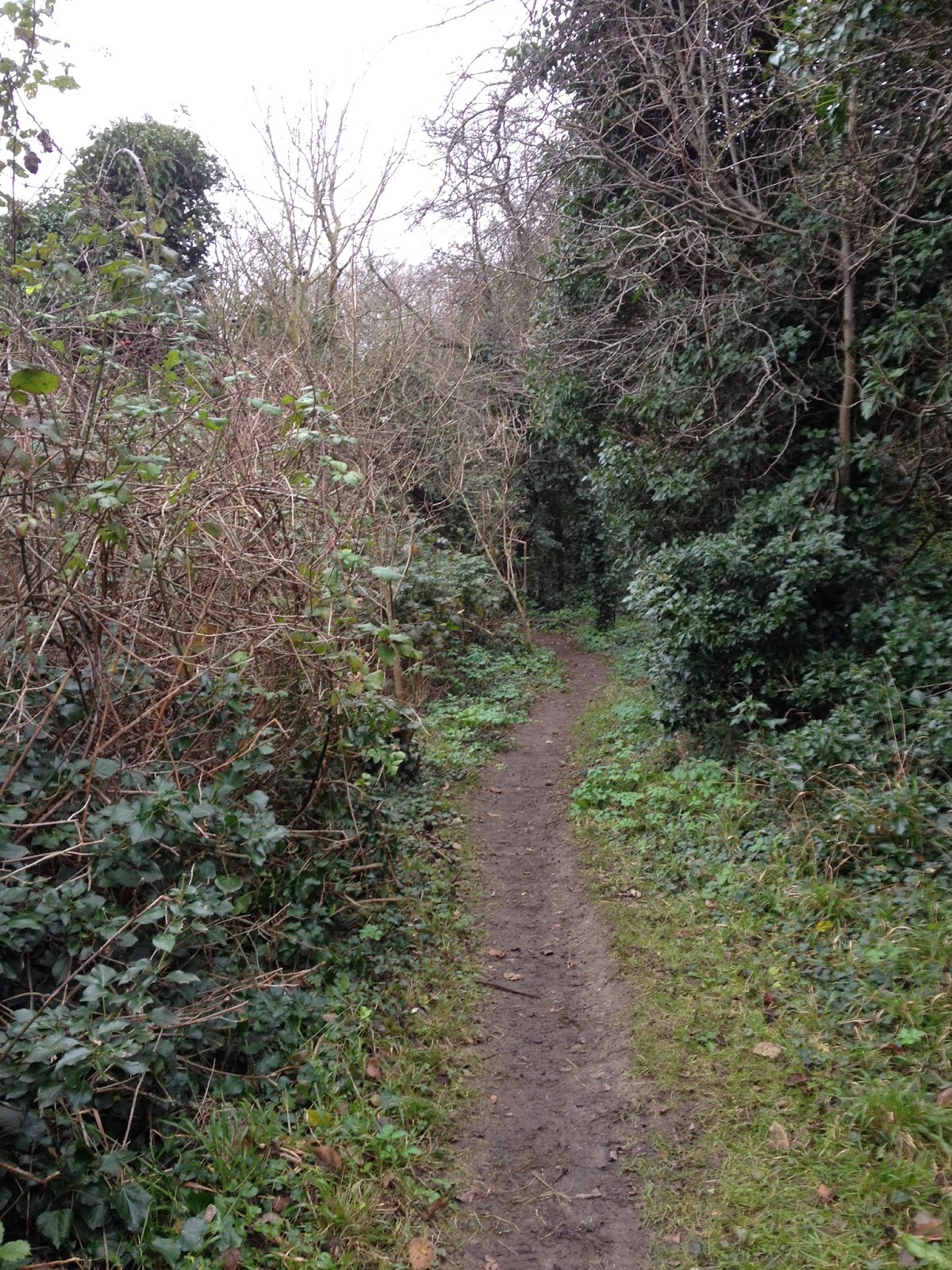 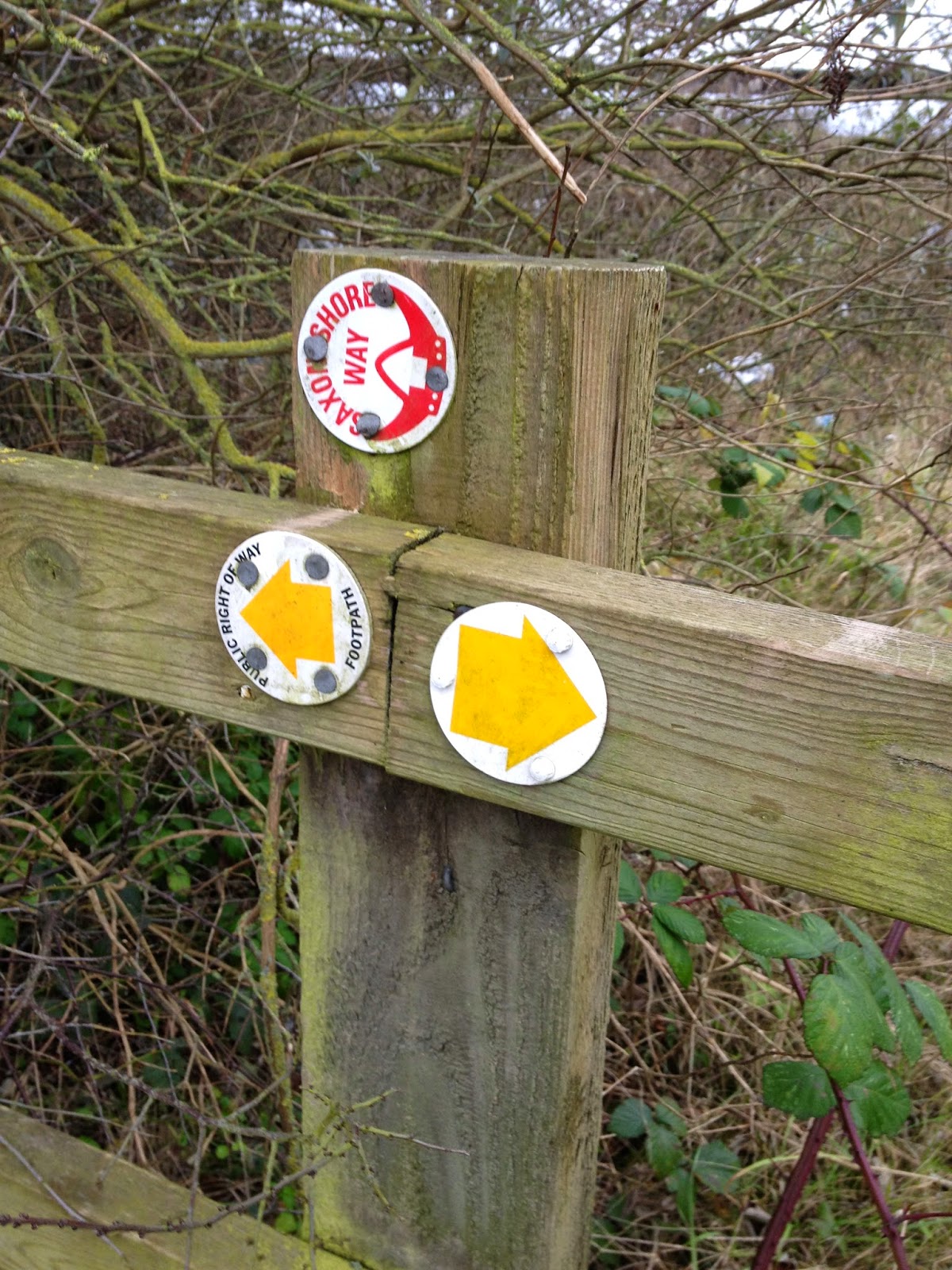 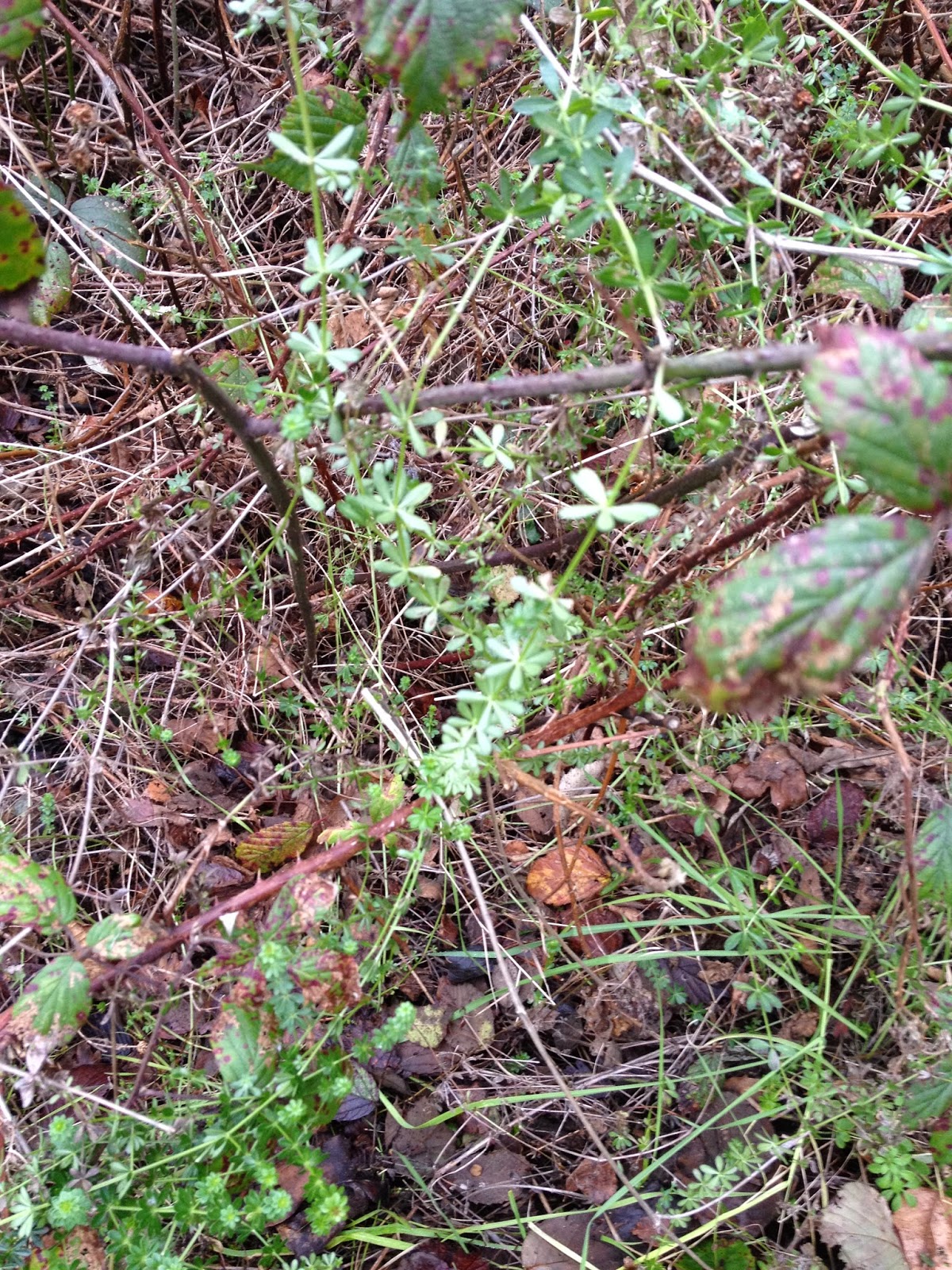 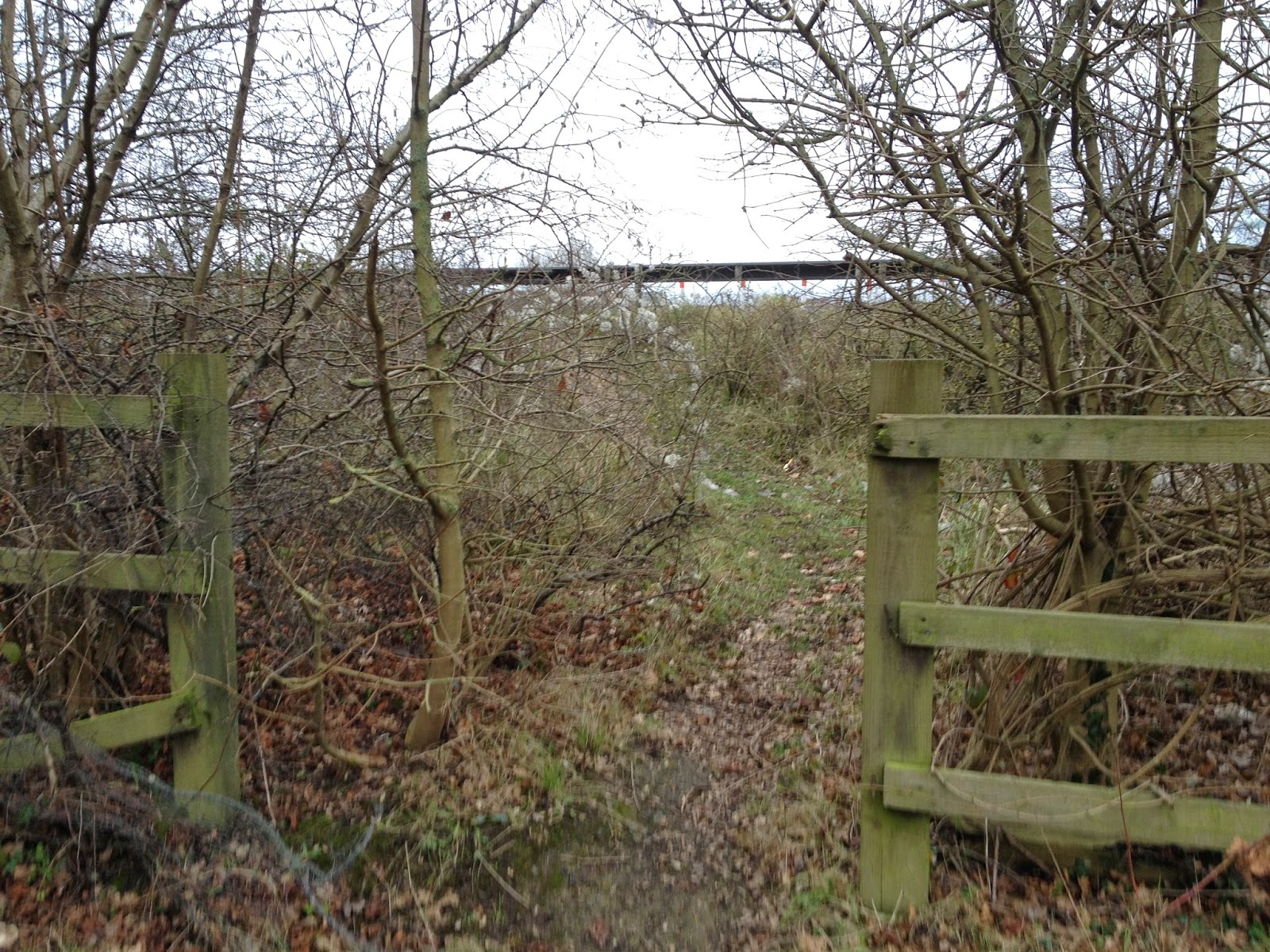 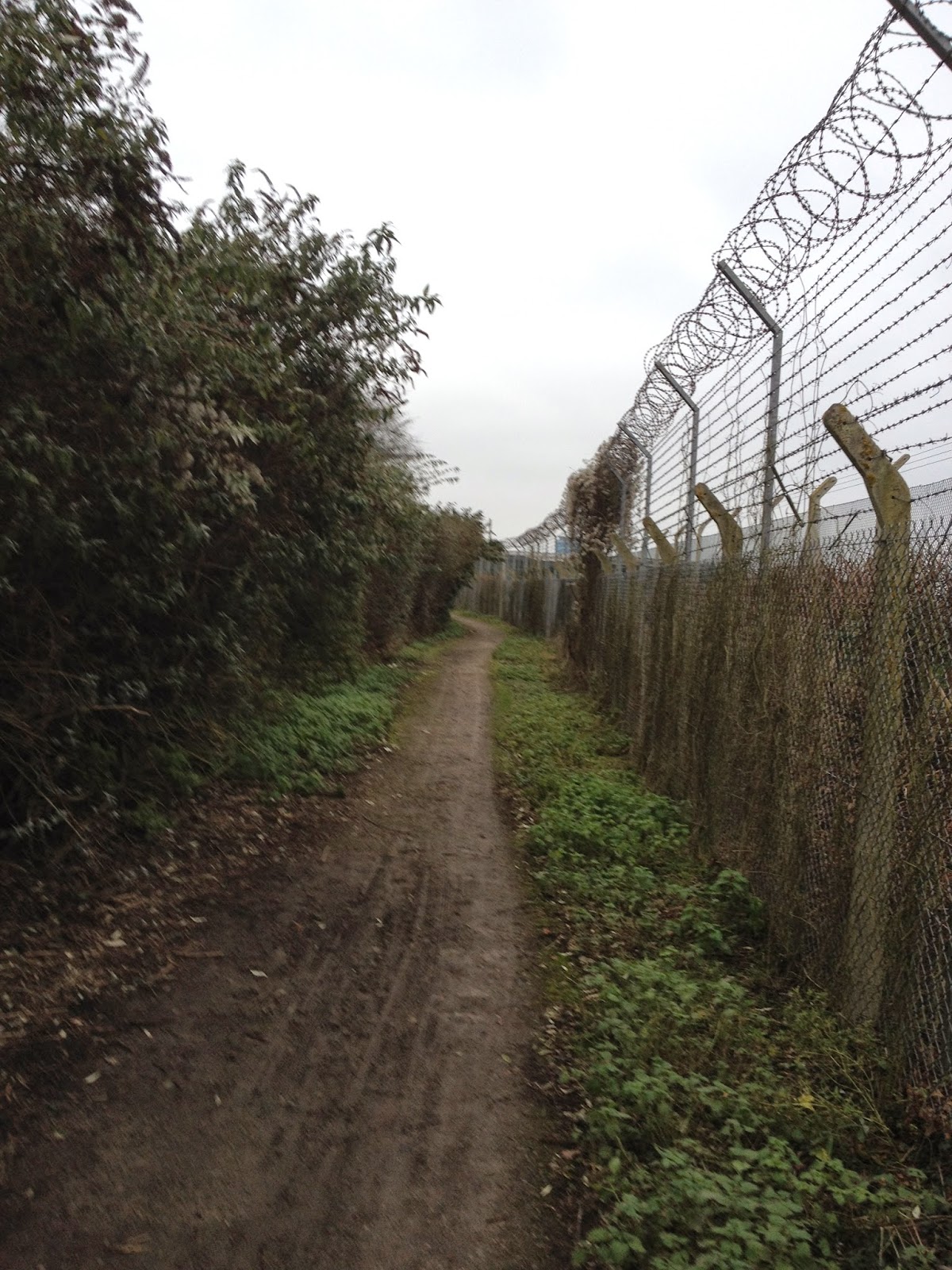 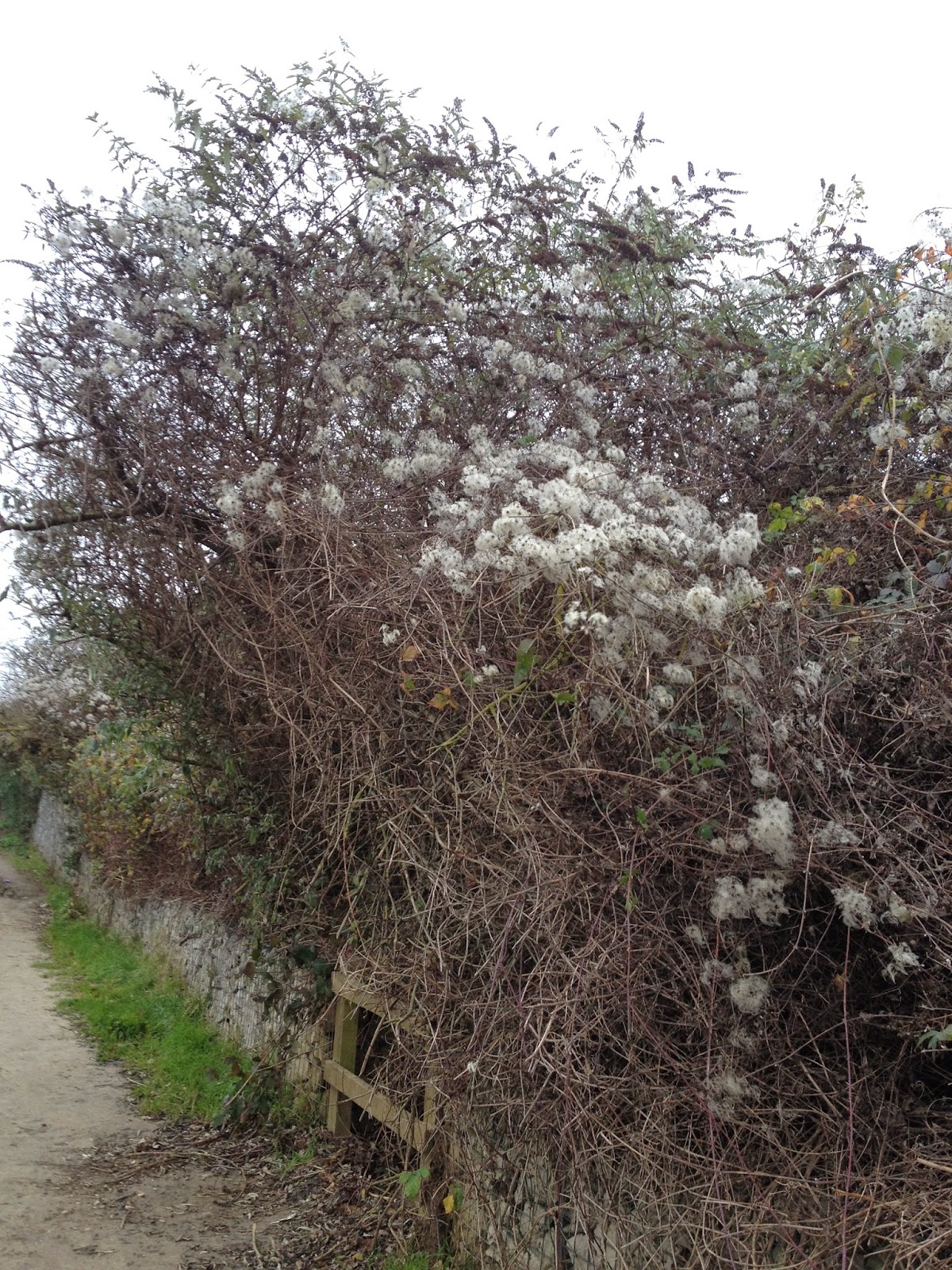 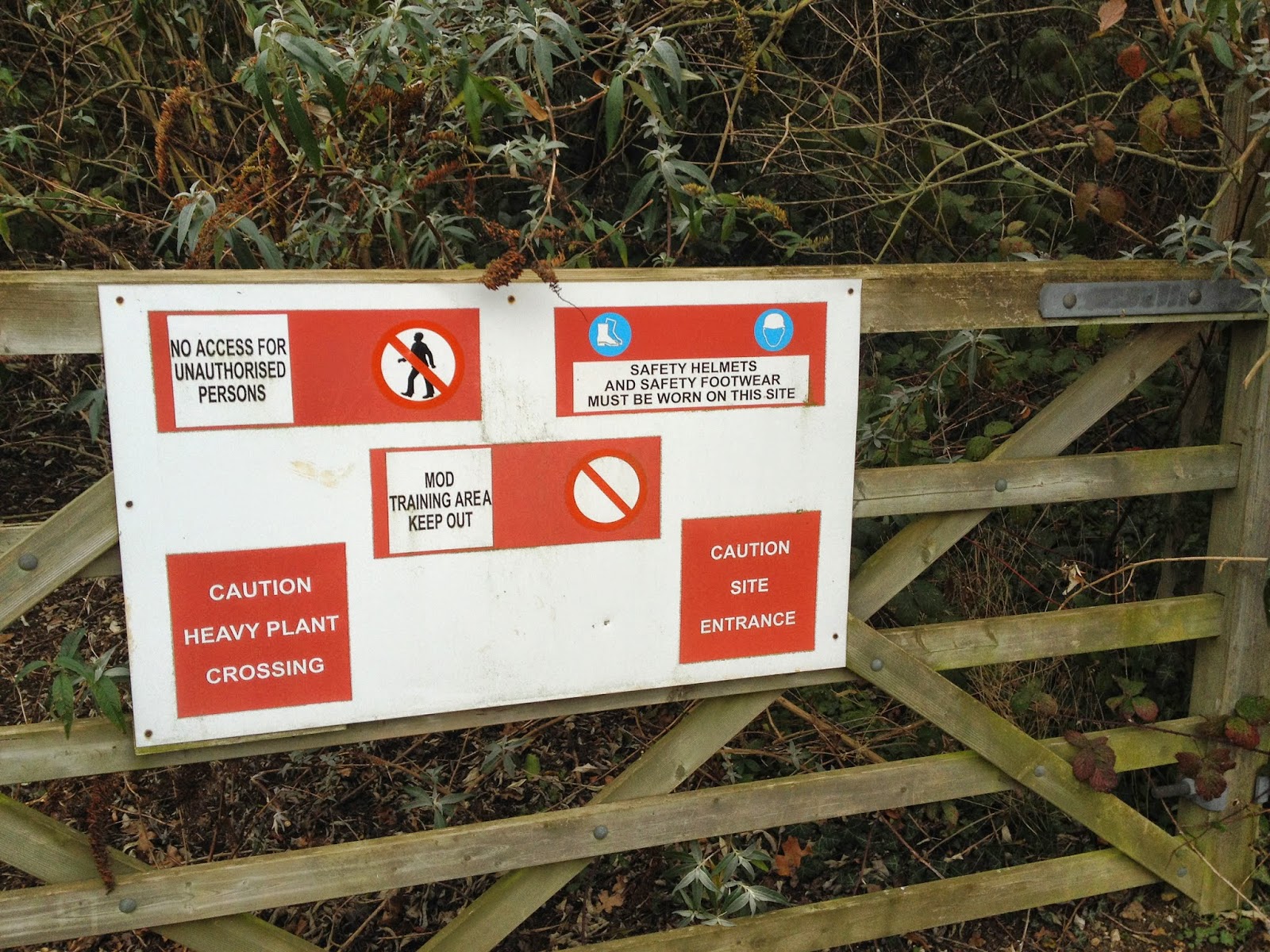 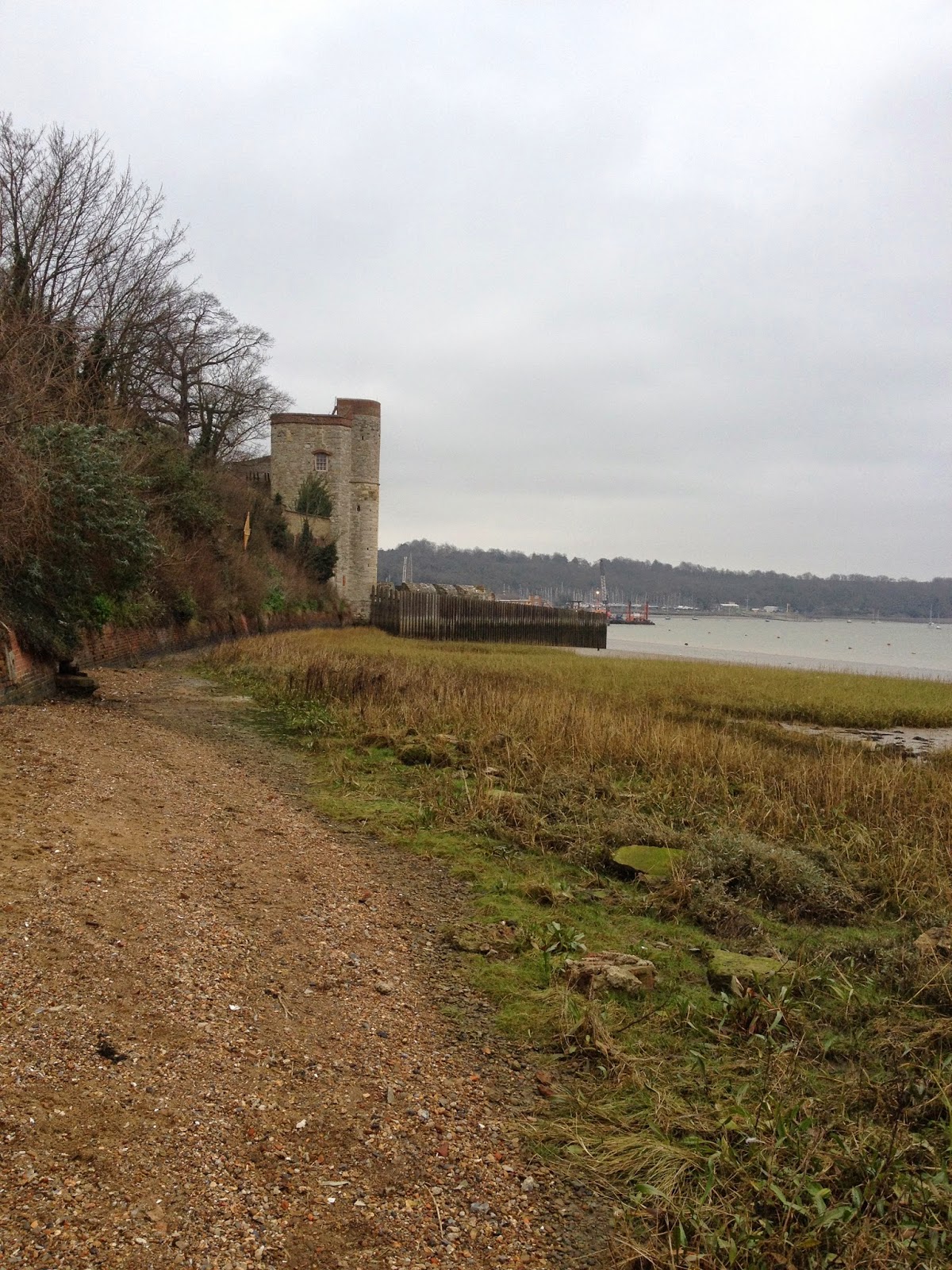 Back to the beach and a view of the castle. 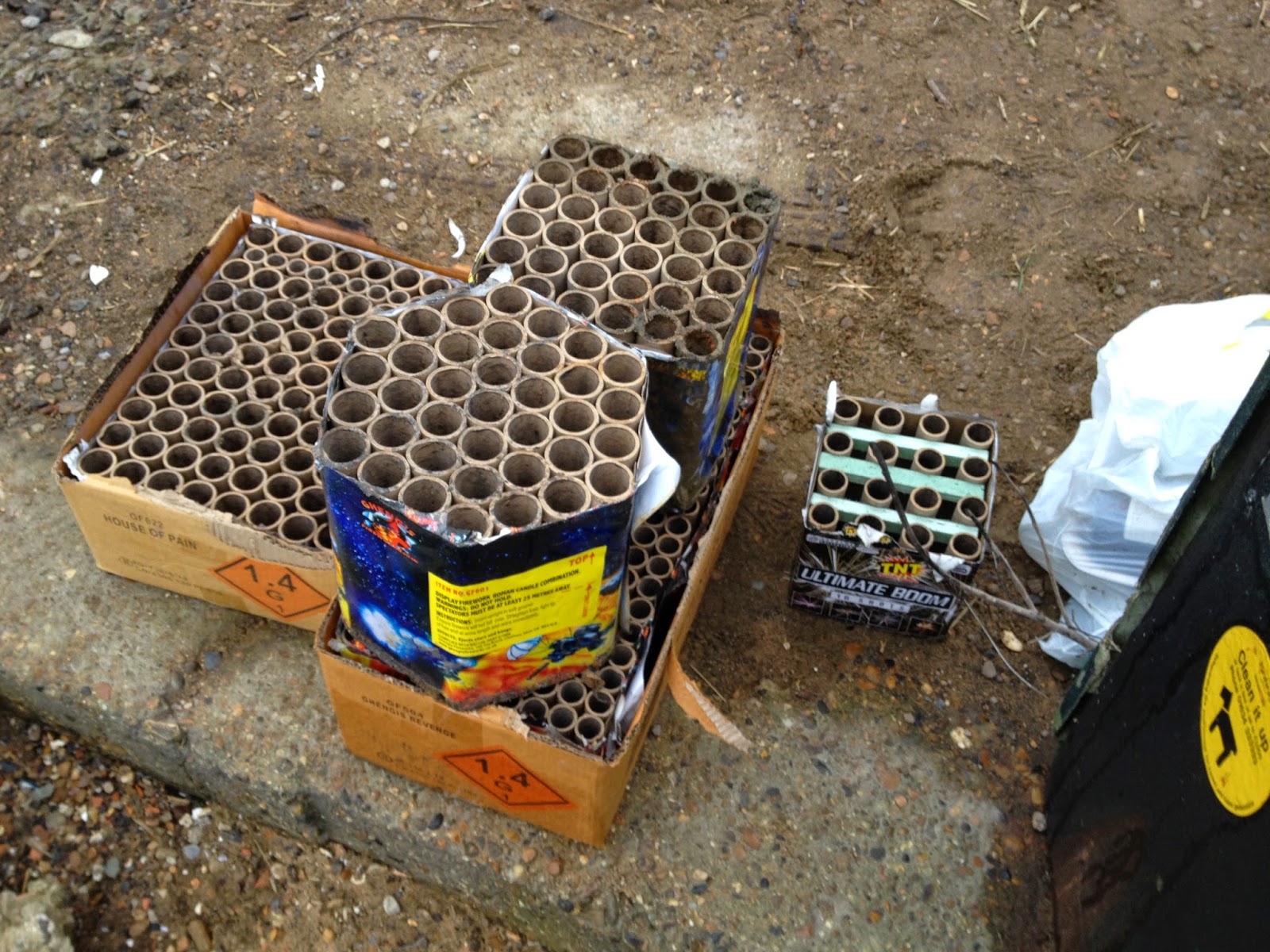 Remains of last night's celebrations. It must be a good spot to set off and watch fireworks. 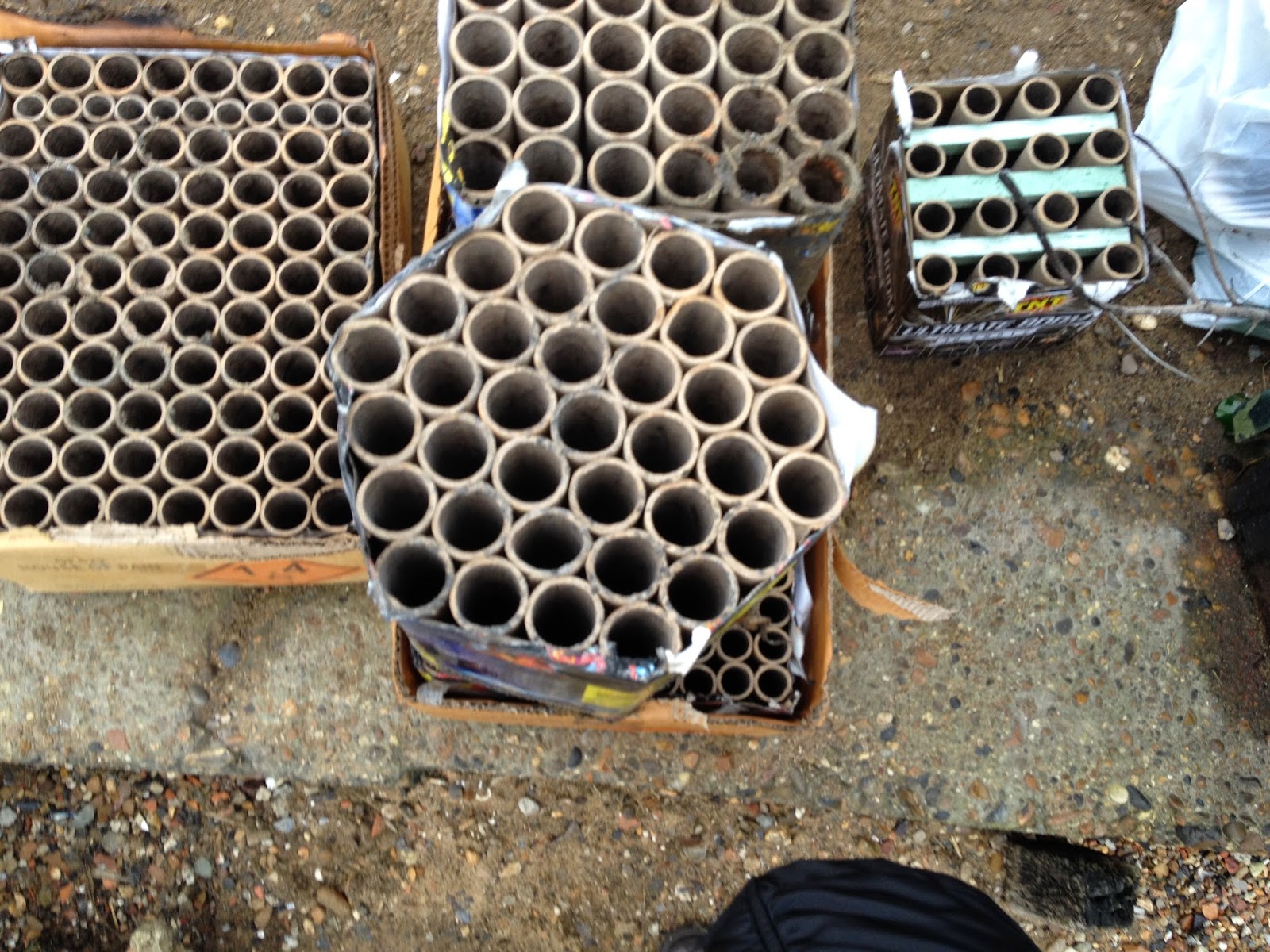 I am assuming that you took the spent fire crackers home for some repurposing crafting thing...The picturesque barbed wire (?) is a little more foreboding than the patrol dog warnings. Our NYE was also spent quietly, in bed by nine!

As always, love your photos!

I was just looking through that little booklet that you made that I won back in 2011, "Advice of Ghosts." So much fun to browse through...I love it!

Ha ha love it! Thanks for taking us along. Happy New Year to you! Ross