When I came home the other night I saw this. The work on the shop next door has revealed the old shop sign. I took some photos in the dusk, then a couple the next morning when it was almost light. I made the builder jump. He is the one who came into our house to fix the plug so they could knock down the shed. (He had to disconnect the electricity running to the shed) He is South African but has lived here for quite a while. I liked him as he didn't make me feel embarrassed about the messy crowded flat (it was particularly messy that day as I was in the middle of preparing for the furniture from Andy's Mum's flat.) He said he was a collector too! When I was taking photos he said he liked the signs too. I wonder what our neighbour will do with them. I might ask if I can have the piece from the front corner-the fairly small piece. It would be a nice souvenir of our street (if and when we ever leave!) If I was them, I would preserve it somehow as a quirky feature on the front of the house that the shop will become. 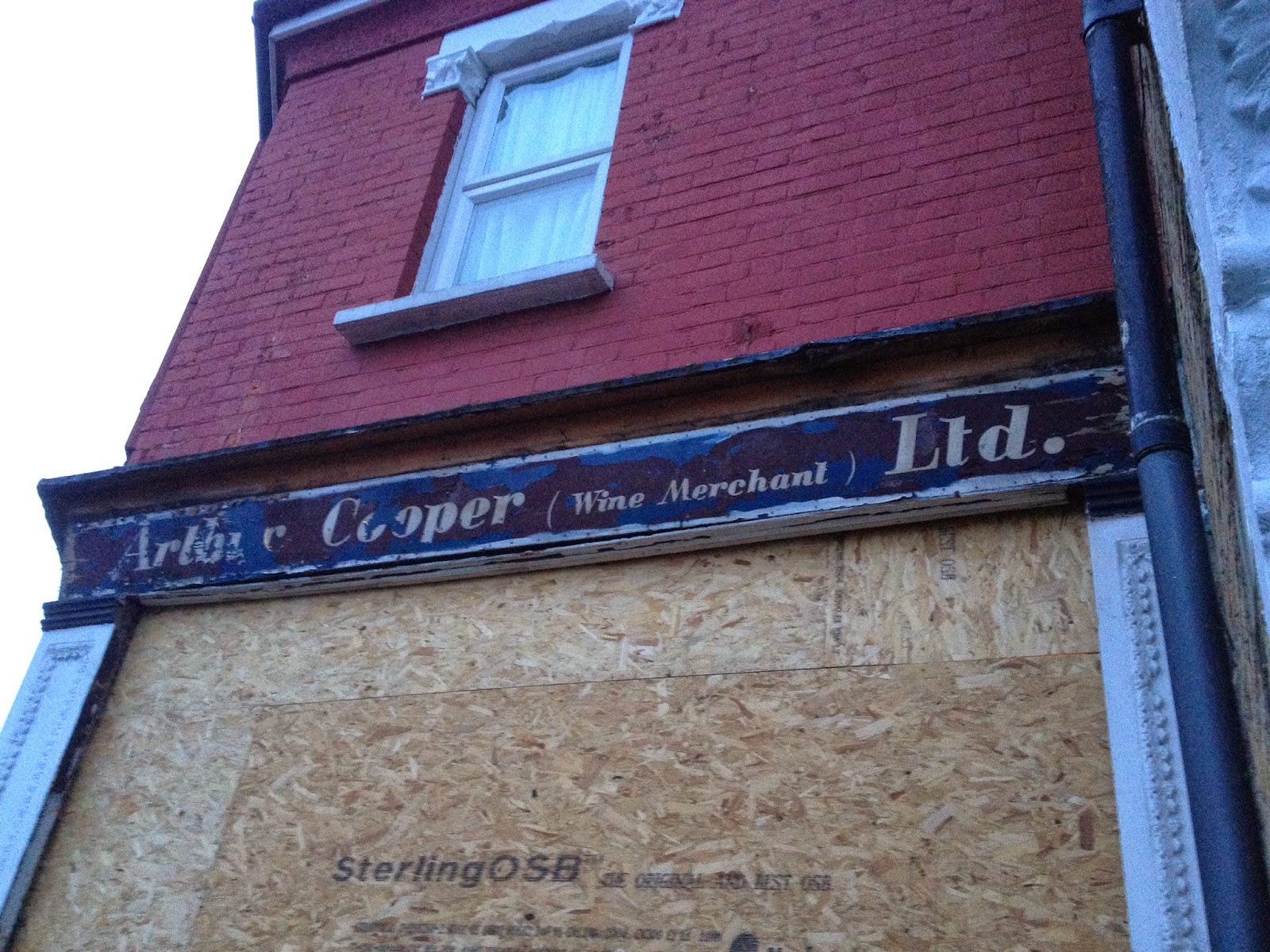 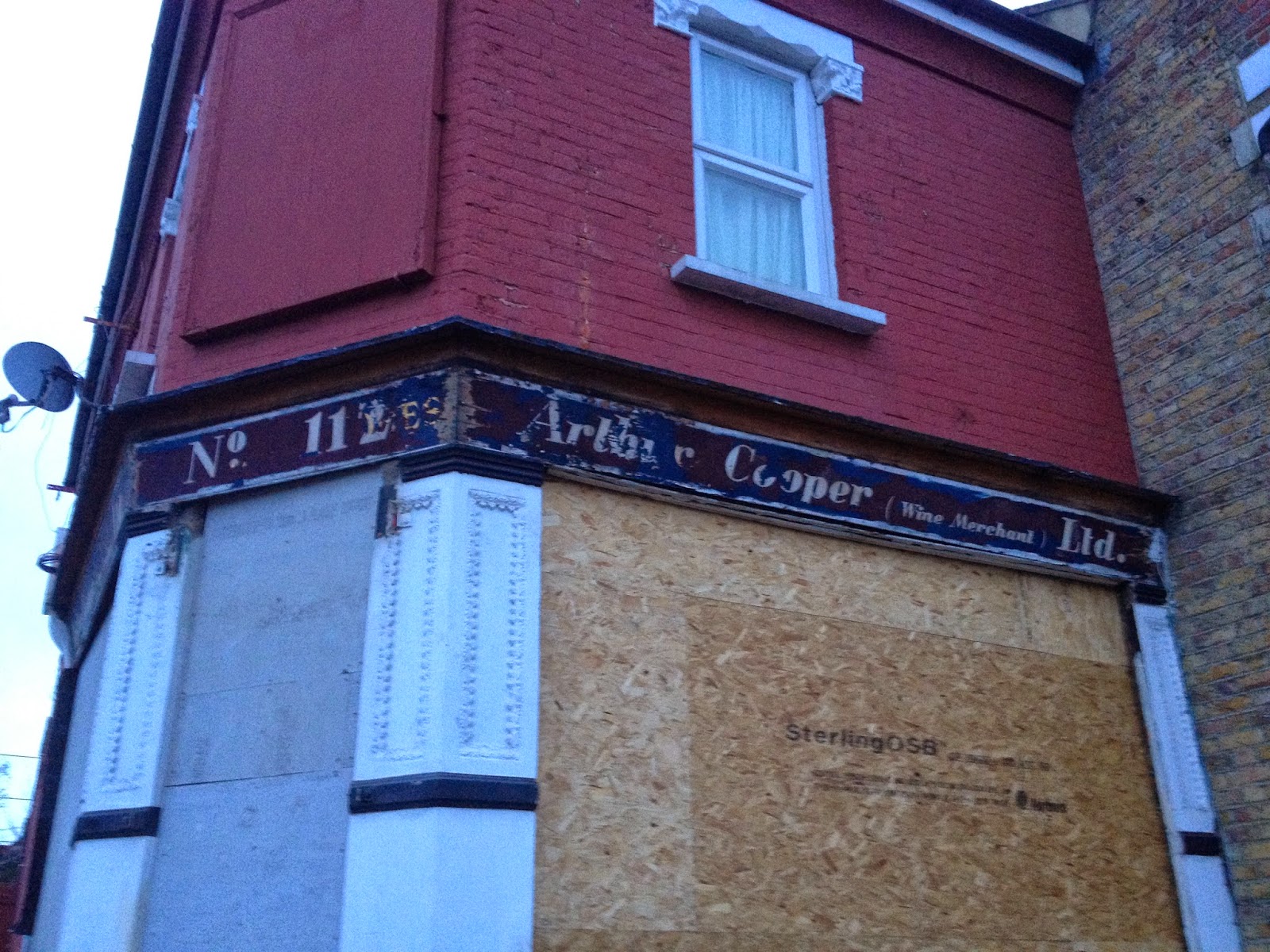 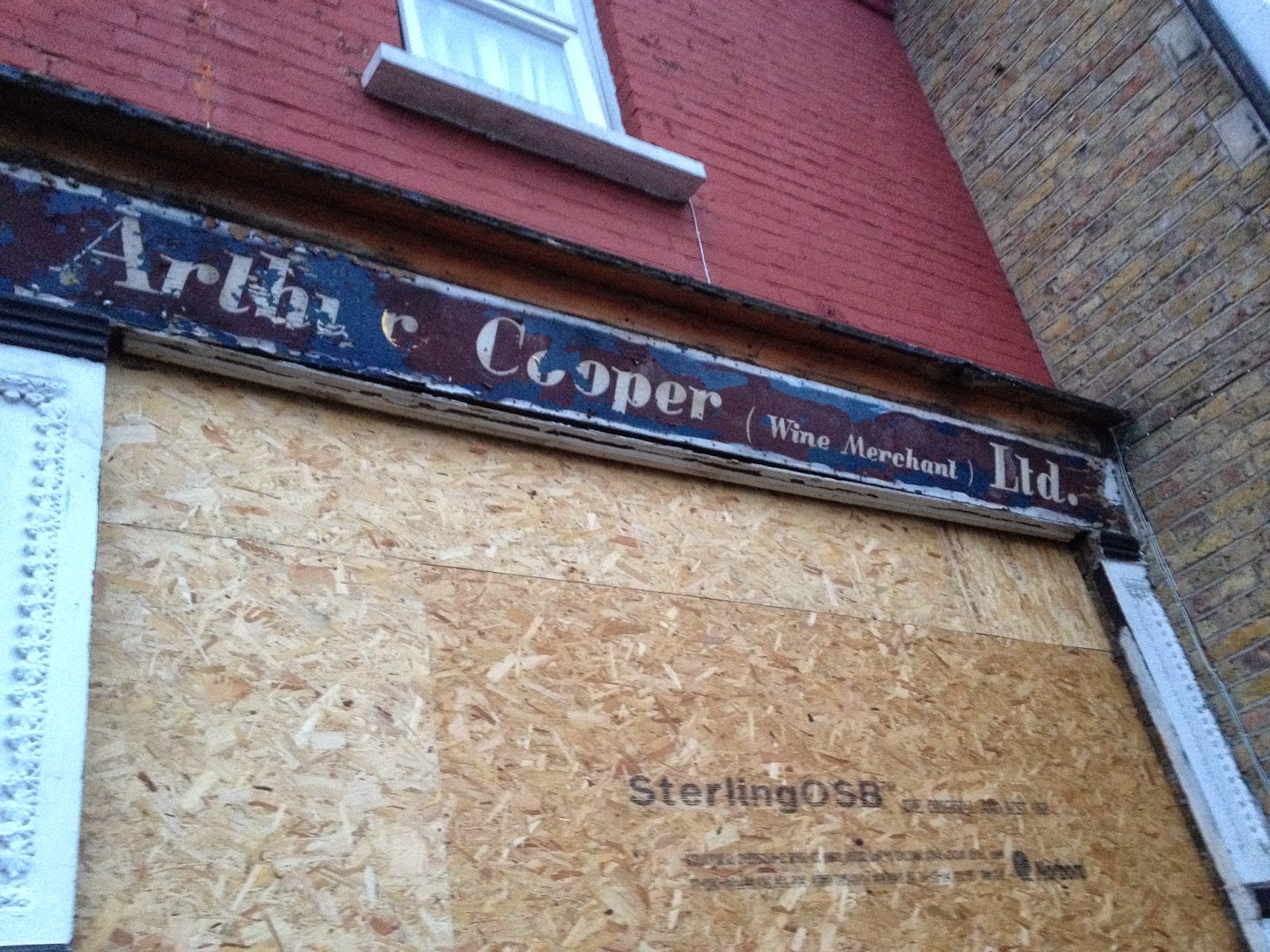 On this part of the sign you can see another layer underneath with gold lettering. Lovely! 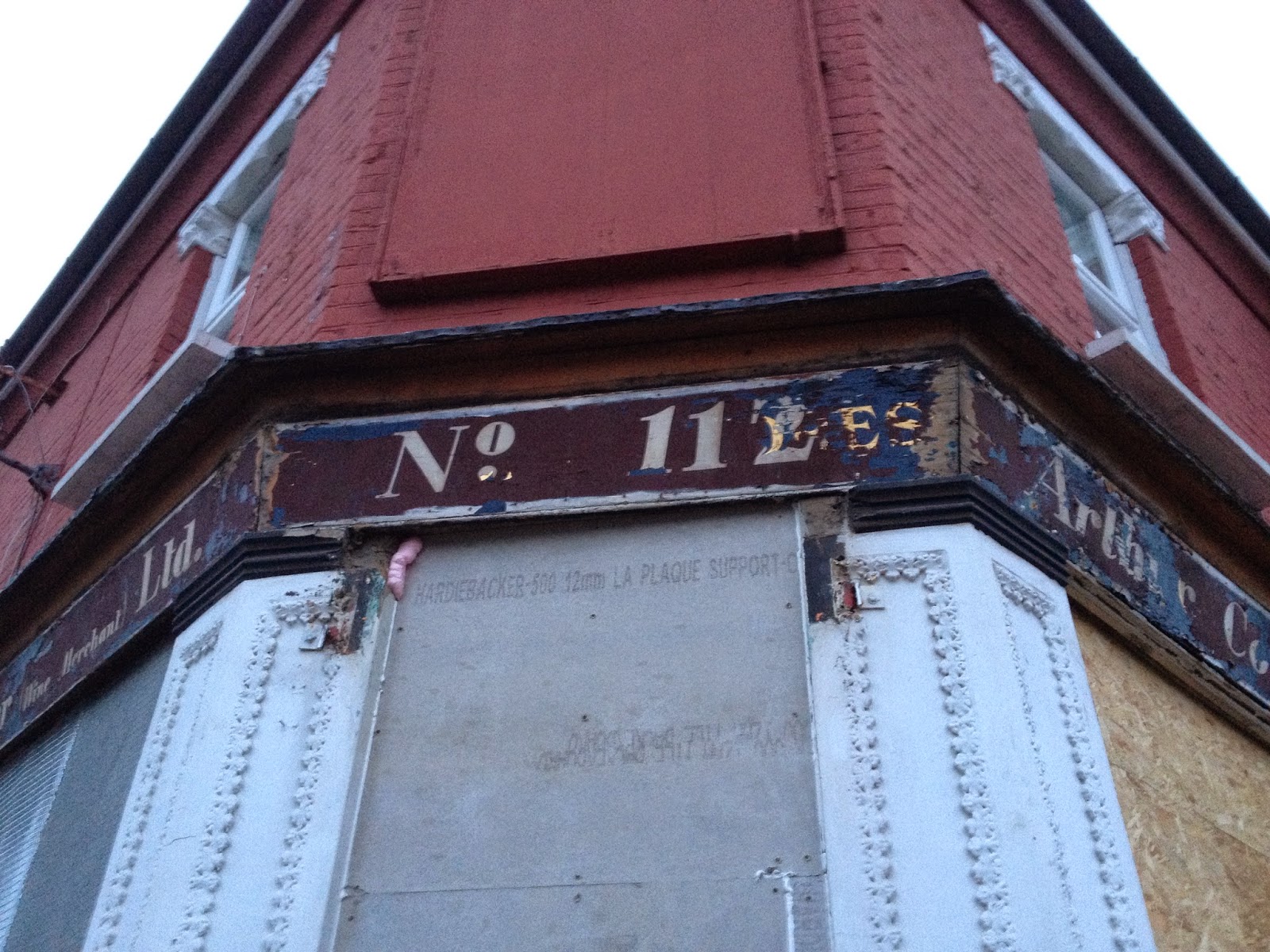 Those are great old signs! There was a house near us in Holland Park that preserved an old shop sign on its facade:

I always thought that was a cool idea.

Lovely! A shame to remove it! Ros

Thank you
Nice website, the site is very interesting, a lot of helpful articles and the latest news that arouse interest. nice!!