This is the lake that develops in our playground when it rains. At its worst it covers the whole width of the area. On this particular day I decided it was too huge to sweep away as we have been doing up until now. (Not that there is anywhere to sweep it as it doesn't drain even on the muddy areas as there is an impermeable membrane under everything.) Anyway, I went to tell the Head about it and he came round a little while later to look. Then there ensued the classic scene of many builders standing round looking thoughtful and talking about the situation. I think that common sense should have told whoever designed this area that if you have no drains, no grassed areas, and a membrane under everything, then water will collect. But then I am not an architect or builder, so what do I know? There have been some holes drilled in the bottom of the wall at the edge of the playground (producing fascinating cores of amalgamated stone, one of which I must grab before they are thrown away.) This seems to have lessened the problem a little. Then in our meeting this morning we were told that the problem with the 'ponding' (apparently the technical term for this happening-laking would be better) could be because they may have used the wrong type of slabs and stones, ones that are not up to British safety standards. That has not been confirmed, but if it turns out to be true they will have to re-do the lot! 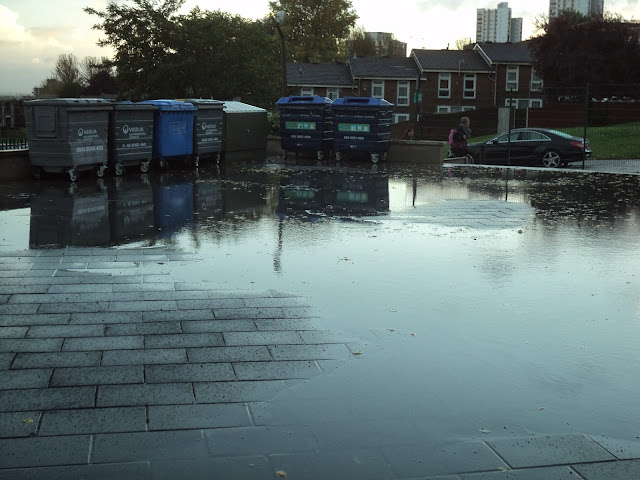 Doodling painting in my journal. It is a moleskin watercolour one and has lovely thick paper. I have been using brusho ink which is lovely stuff. The colours are so rich. I used a piece of gold wrapping from a Christmas pudding ( I have started early!) and some children's glitter glue which has stars in it. 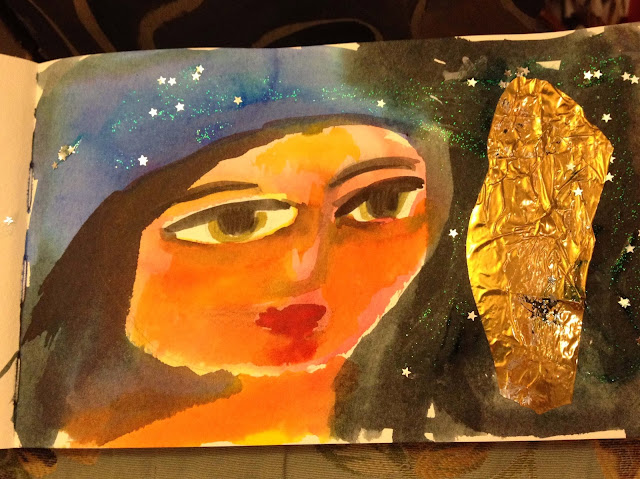 This one looks Greek or Viking. 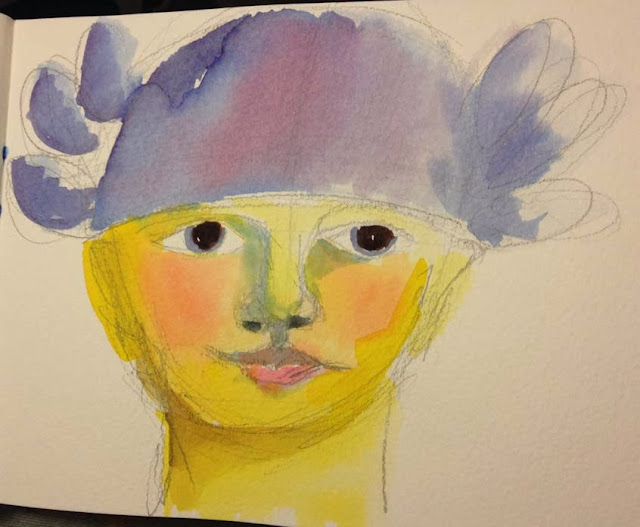 And this one just stopped at pencil. I saw a girl this morning when driving to work who had a hat like this on. My favourite sort of hat! 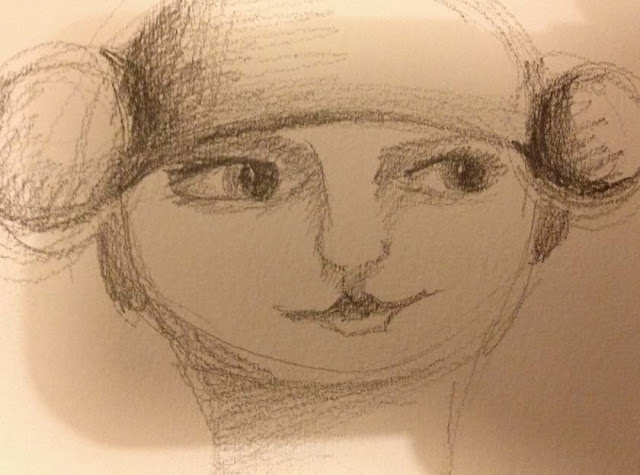 This is me wearing my pajamas for Children in Need. Nearly all the kids wore theirs. It was a very cute looking day! Also very comfy. Walking round the school at lunchtime it reminded me of Hogwarts-seeing teachers and children in nightwear is quite surreal. Like we have all suddenly been transported to a public school! 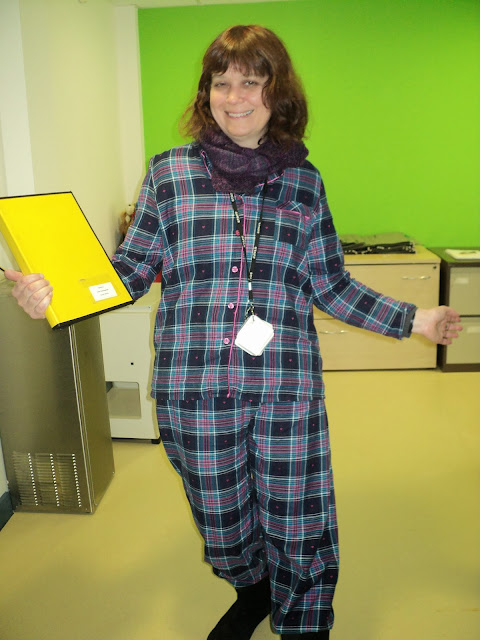 "Ponding" not a good thing when it comes to playgrounds. Yes, and the builders standing round looking thoughtful and talking about the situation is probably a scene that's been universal since guys started rolling rocks around in the stone age. I hope the remedy doesn't end up taking months and months as contractors chip away at the project between all the other projects they try to do at the same time.

Pajama day looks fun! So do your drawings and paintings.

I LOVE moleskine watercolor notebooks. I just have problems messing up all that beautiful white paper, especially when I can't rip out my mess-ups like I can with the spiral bound books.

Ponding - wonderful, but not for a school playground.

I love the pyjamas - I bet the children loved their pyjama day.

Haha! the pyjamas DO look strange. I think your header photo is wonderful, and the paintings too.

Loving your cosy jammies! I would wear those to work every day. Perhaps you could throw some morning glory and nasturtium seeds in the pond, They seem to like to grow everywhere- would break up the pavement and establish drainage. Men folk are sometimes not as rational and clever as their degrees attest.
Loving your paintings!