We went to the Museum of London on Saturday, to see the exhibition of the Cheapside hoard. While the jewels themselves were lovely, I didn't enjoy the exhibition as much as I thought I would. It was because of other people! The exhibits are very small, and all have written information in front of them. This causes people to bend down, often obscuring the view for anyone else waiting politely behind their shoulder. The people I was behind for much of the exhibition were very slow readers and didn't really seem to care too much about other people who were trying to look at things too. That, combined with the type of exhibition and display made it frustrating. What I did like were the necklaces, which were really delicately made and enamelled, and it was then interesting to look at paintings of the period where these were worn in swags rather than hanging straight down. I was also interested to see the one fake in the collection. It was red and green paste in cheap gold, and although pretty, had none of the sparkle of the precious stones. I would also have happily taken one of the rings home! Anyway, after the exhibition we went for a tasty lunch then a walk down to St Paul's before going home again. The things below caught my eye!
A cat running up the stairs as we walked down. 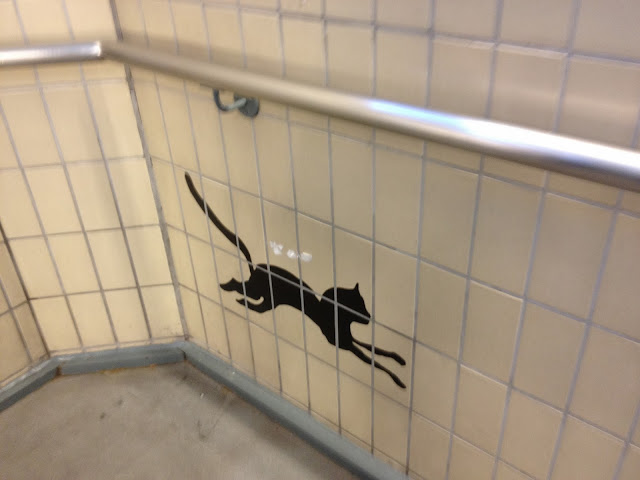 An out of order police telephone. 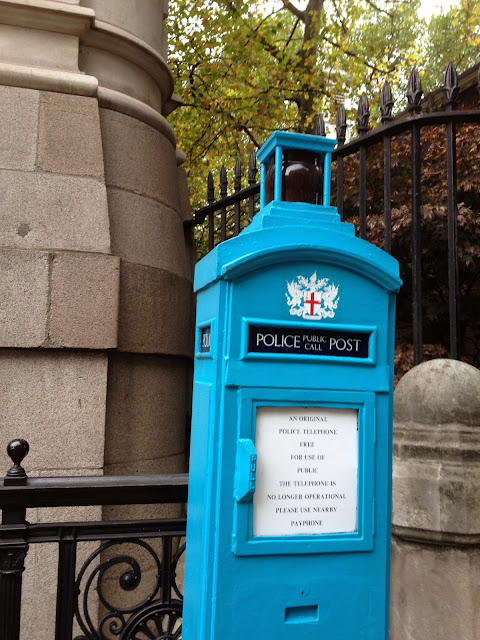 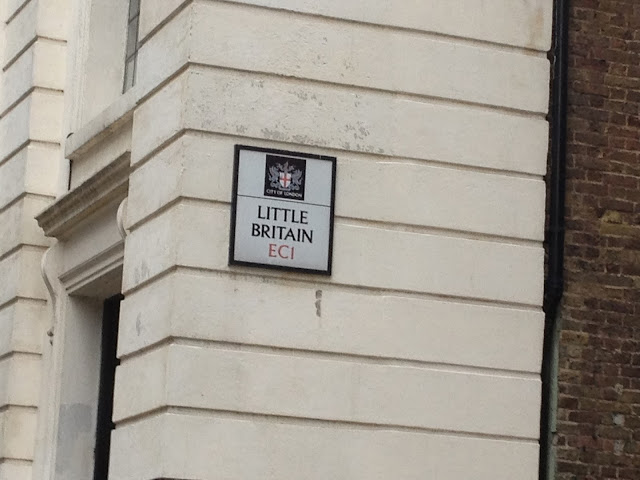 Copper sulphate staining the stone beneath a fountain. 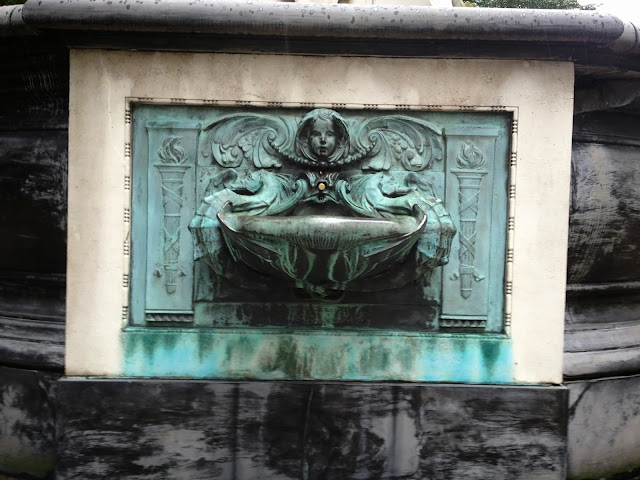 A shadow in a circle. 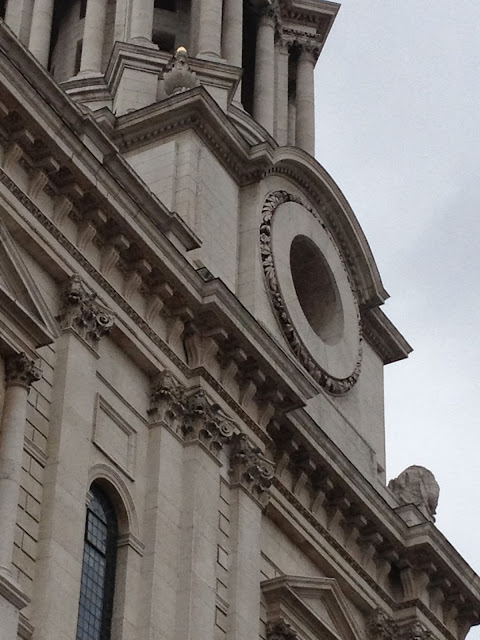 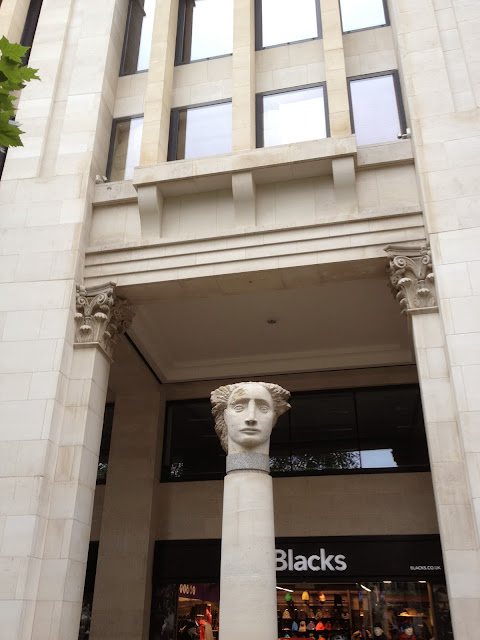 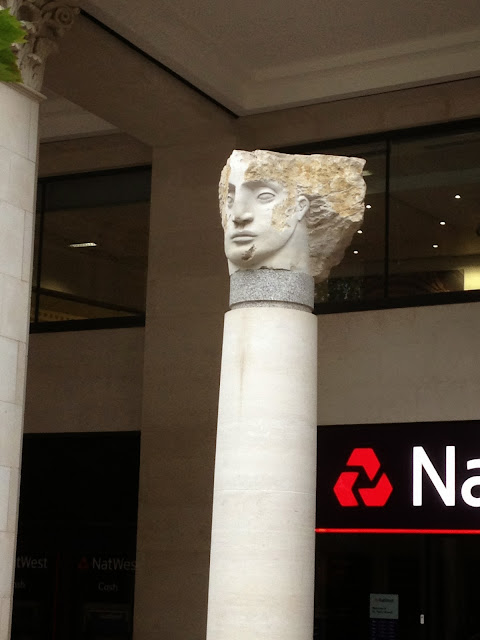 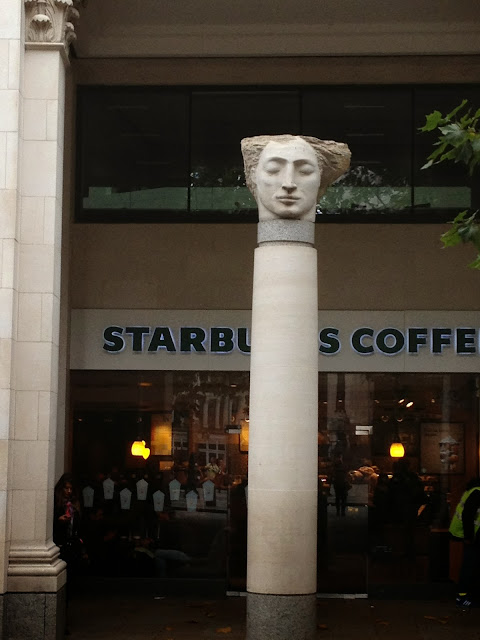 A statue with a drink. 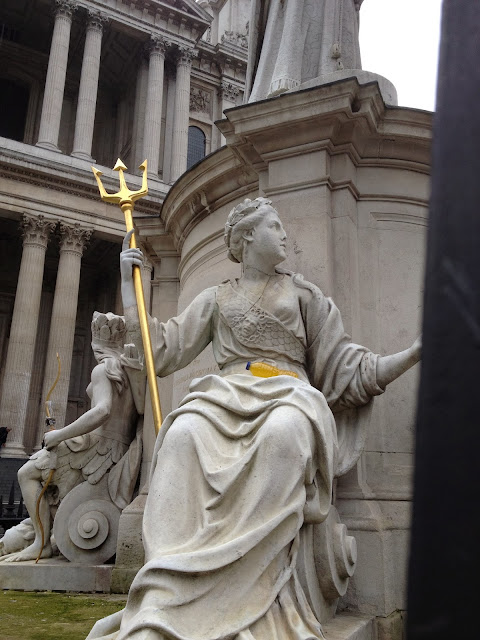 A beer bike. In the rain. Fun. 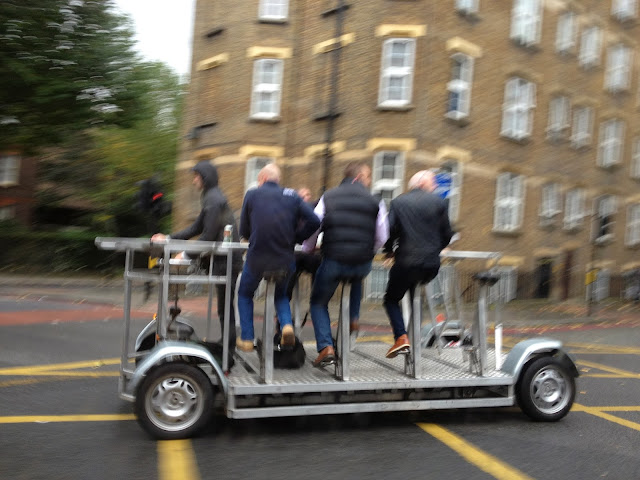 Makes one wonder about people who seem oblivious to the problems they cause by being rude/slow/ill mannered. Still, what fun to see such an exhibition. Maybe some day you will have your own collection of sparkle. Loved the photos from your street tour, especially the queen with her own drink and the weird beer bike.

A super collection of photos. I know just what you mean about other people - we were in a shop this morning where two other customers acted as if we should get out of their way while they perused the goodies!

Some great photos here. I know what you mean about the Cheapside Hoard. I blogged about it a week or two ago and I remember thinking when I was there that it was lucky we came at an off peak time, because even though there were timed tickets, it was just on the edge of being a bit too full. I think it must be a very popular exhibition.