Orange cat and other cheerful things

A selection of cheerful things from the last week or so. The darker it gets the more the sun makes everything better. It shone a lot on Wednesday and the sunny pictures were taken then. The little orange cat is from Linda Sue and is carved from sponge. I have never seen anything like it anywhere else and think the lady who made it really knows cats. 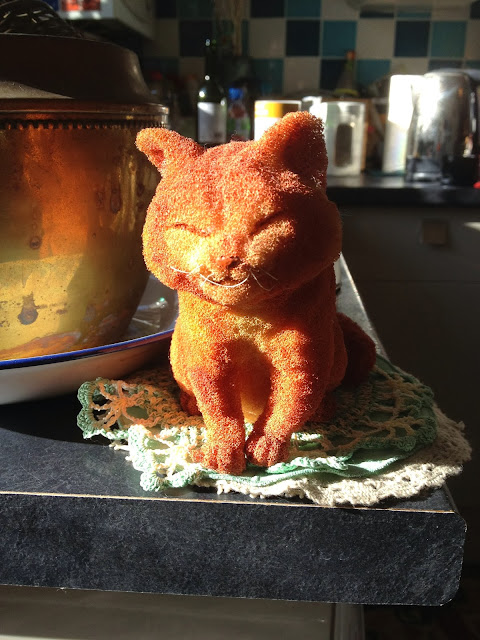 In progress wet felting. A table runner for my Dad's wife. It was her birthday in August so I am very late, but will see them on Saturday so I had time to make something. 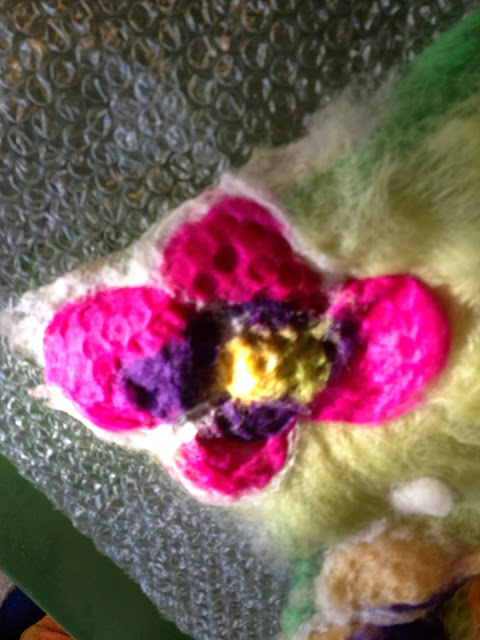 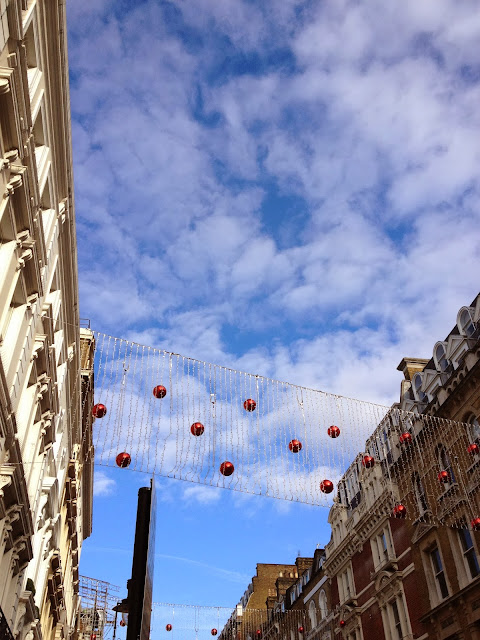 Sunshine in Covent Garden on Wednesday. I went up to meet to friends from work-one who has now left. We had a lovely coffee, then lunch in The Crypt, then drinks in The Coal Hole. A lovely afternoon. I got the train back to Blackheath and walked home from there. I counted my steps. It took 2800 more or less to walk from the station to here. 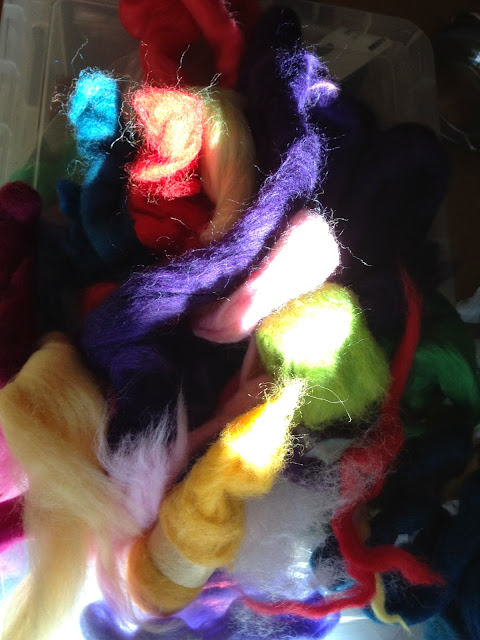 Lovely wool fibres catching the light. Since my birthday I have used up loads of my supplies with the wet felting, which is good as it gave me an excuse to replenish them! I am currently washing some raw wool which came yesterday, so my hands smell all farmyardy-a smell I really like! I also bought 500g of 'lap waste' which comes from a wool factory. You don't know what you will get in the pack. It turns out you get quite a lot. Loads of colours and they all feel wool fibre like rather than synthetic. The wool does smell a bit of machine oil-another smell I quite like though I don't want it on my wool. One piece actually had some on so I have washed that too. I have stuck a bar of patchouli soap in the bag with the rest of it and that should perfume it nicely. I made a little mushroom, a green ball and a mini spider last night to test it out and it is fine. Bargain! It also made me investigate the yarn/tops producing process which is pretty interesting if you like that kind of thing. I find factories interesting places. So largely invisible to people unless you work in one, and I don't know about you but I don't often question how things are made. Though I should. I have worked in biscuit and crisp factories and also a hospital laundry so I know how those places work. My hands were too hot for the chocolate room! I was good at packing the biscuits though. It was kind of fun. For a while. And the people were lovely. Glad I don't do it now though! 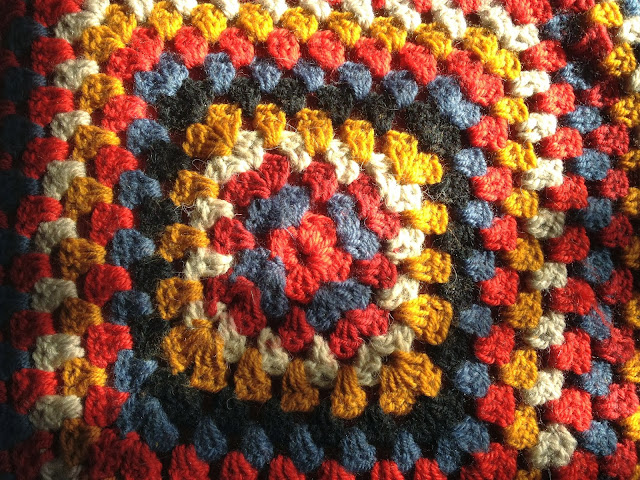 Crochet stool cover. I have sat on this a lot this week whilst doing my felting at the (luckily plastic) kitchen table. 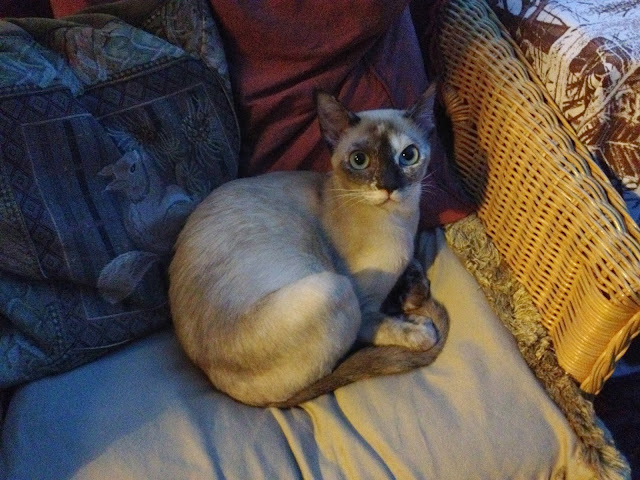 Pixie. The newest cat in the family. She is Andy's brother's family's new cat, as sadly one of their other two recently died. He was lovely-Hercules was his name. This little cat is almost impossible to wear out. Two hours of solid playing with the feather on a string toy, and finally she sat down long enough for a picture! She also almost never stops talking! Very cute. And beautiful aqua eyes. 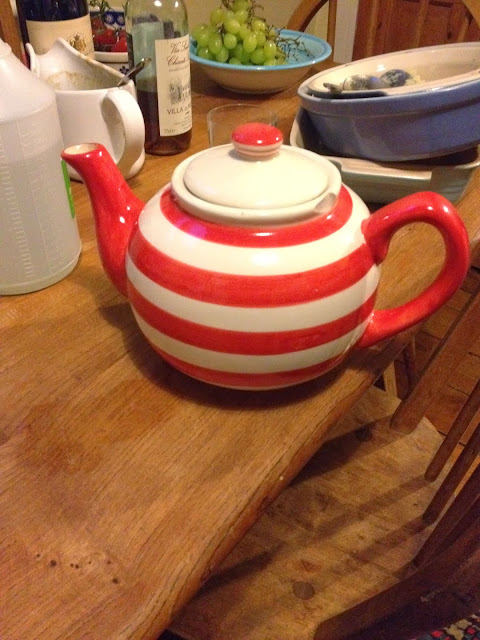 A cheery teapot. Just what you need on a Sunday afternoon. 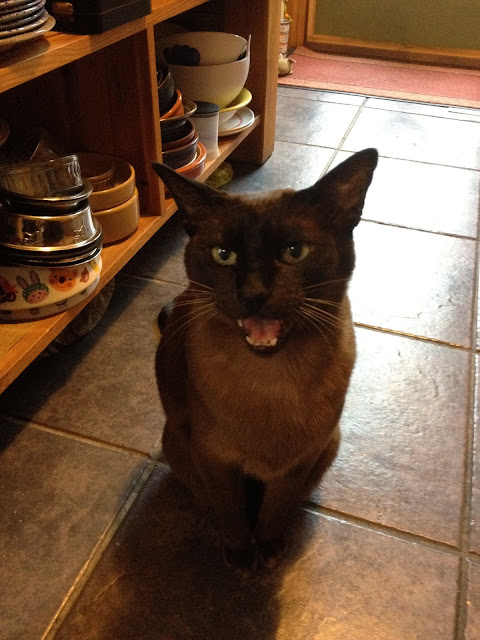 This is Tiggy-she is also lovely and likes to play but not for quite so long. Here she is telling me she is hungry! 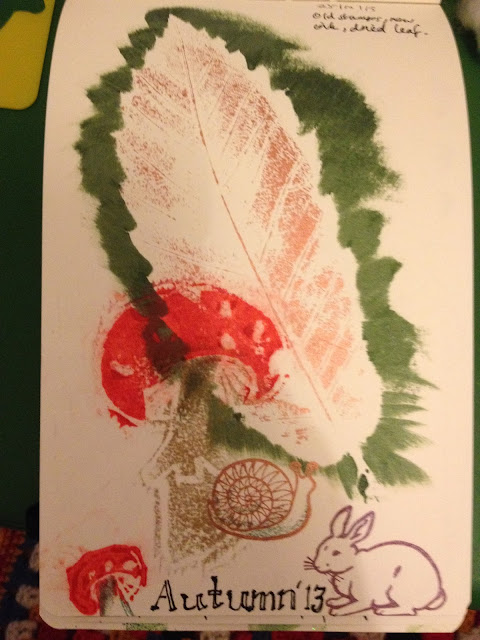 Autumn playing with stamps and leaves. 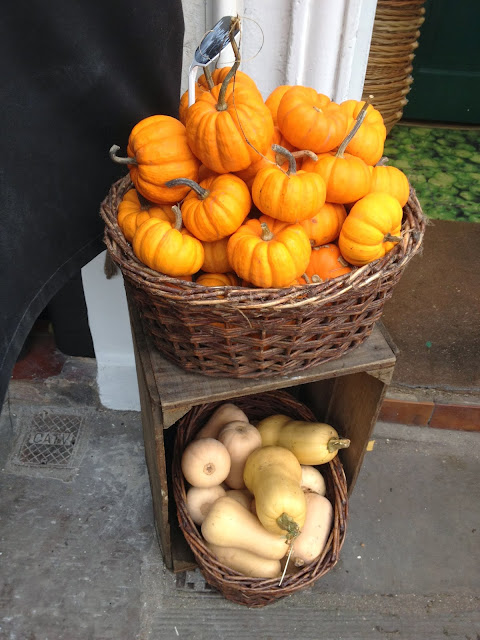 Last week's display of pumpkins outside The Creaky Shed in Greenwich. They always have so many lovely varieties. I bought mine from the Co-Op though! We had them last week at school for sensory play and then I bought myself one too. I did scoop out the flesh and it is in the fridge. I was going to make pumpkin pie but have given up on that idea. Maybe some muffins? 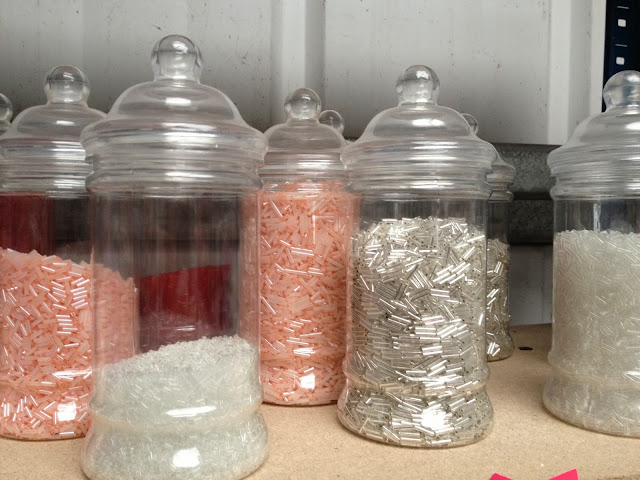 Beads like sweets in the craft warehouse my Mum took me to last week. To many choices!
Have a lovely weekend!
Posted by Sarah at 04:15

I'm in love with that sweet Orange cat made out of sponge and Pixie. Sigh, makes me long to get a cat soon.

What a beautiful long detailed post! Gorgeous photos.
I love talking cats -remind me of our cats in Morocco
who always told us when it was breakfast time.