These have been in my car and in a little metal box in the hall where I put them from the car occasionally. On Sunday it suddenly struck me that because I did not have my car serviced in the summer like I usually do, it was not MOT'd. It was due on 20th August. So I have been driving around for two and a half months without an MOT. That could have meant a fine of £1000, some points on my license if I had had an accident and my car had been faulty, and it would also have invalidated my insurance if I had had an accident. Once I realised I didn't drive it again until this morning to take it to the garage but I can't believe I did that! I just feel lucky that none of the above things happened! Anyway, cleaning out the car last night prompted me to sort out a better box for my growing collection of rubbish from the streets and here it is. I love it all. The way the metal is flattened and rusted, the shiny elements, the little flashes of colour and lettering. The most recent addition is the twist of yellow and blue wire from a phone junction box I found about two days ago. 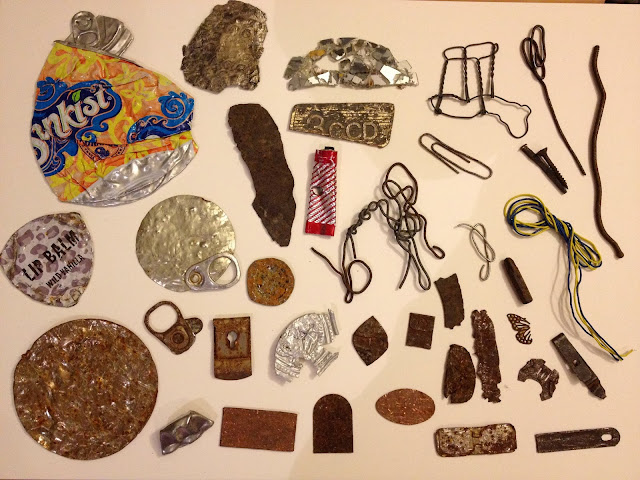 I think my favourite piece is the half a butterfly wing. It must have been a hairslide or something. 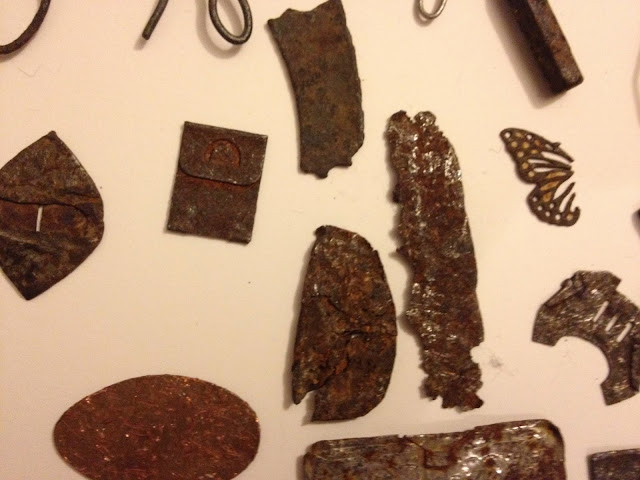 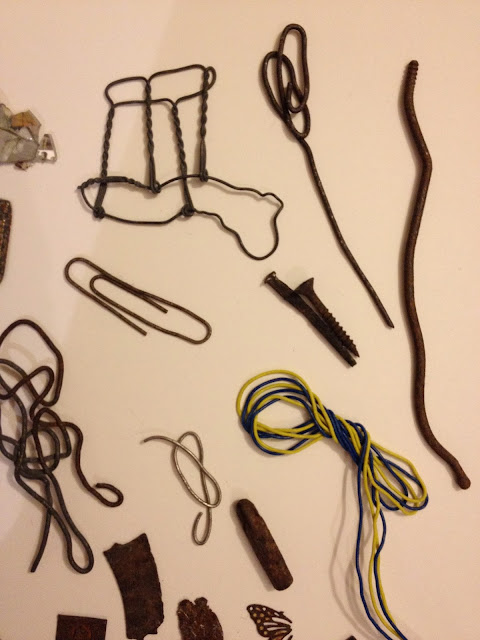 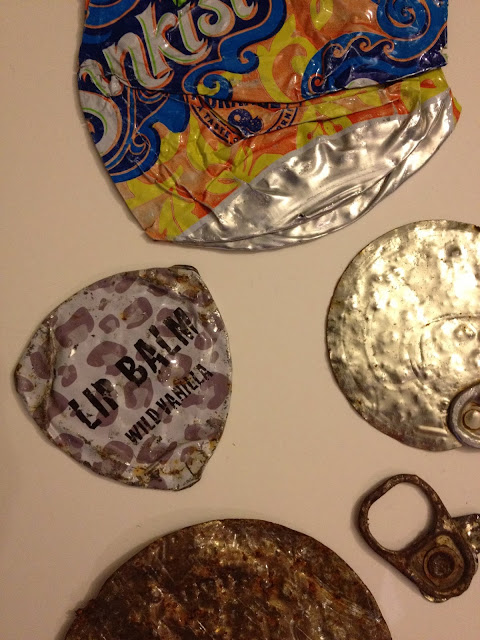 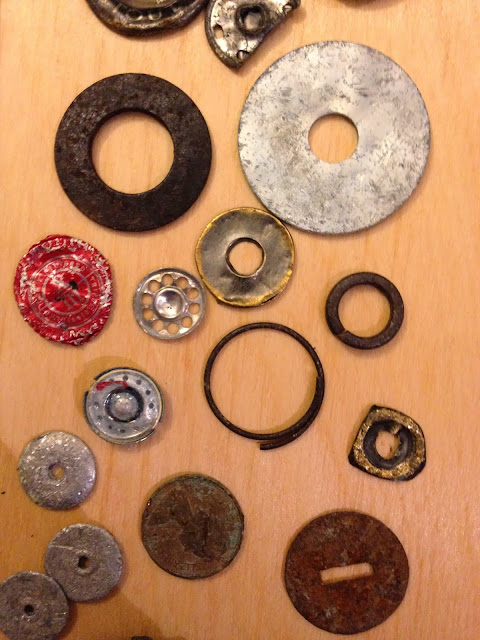 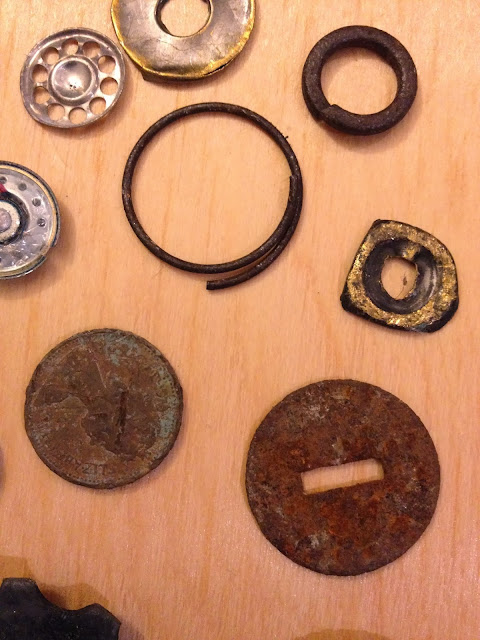 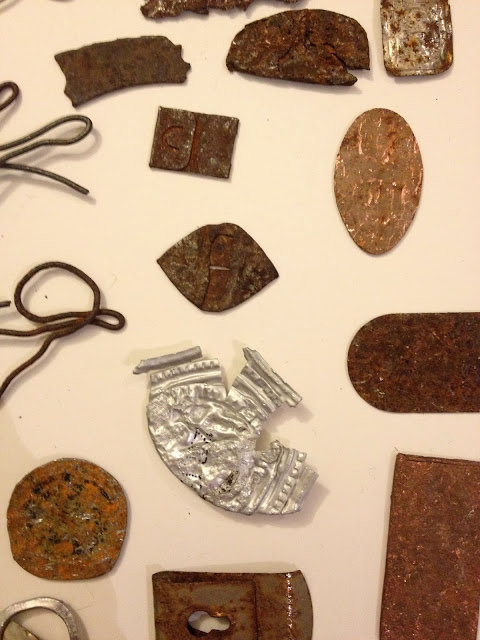 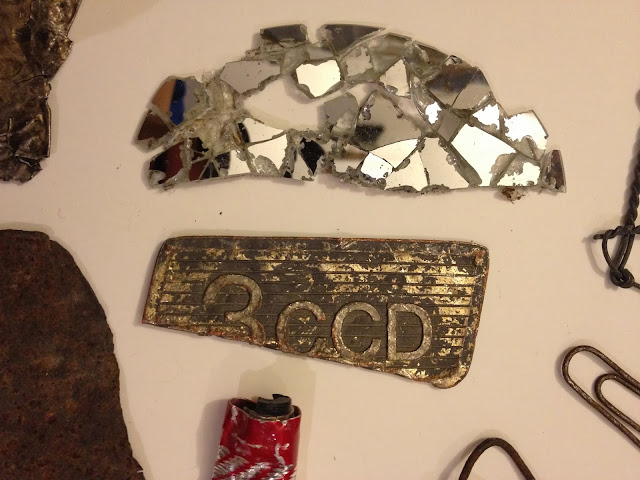 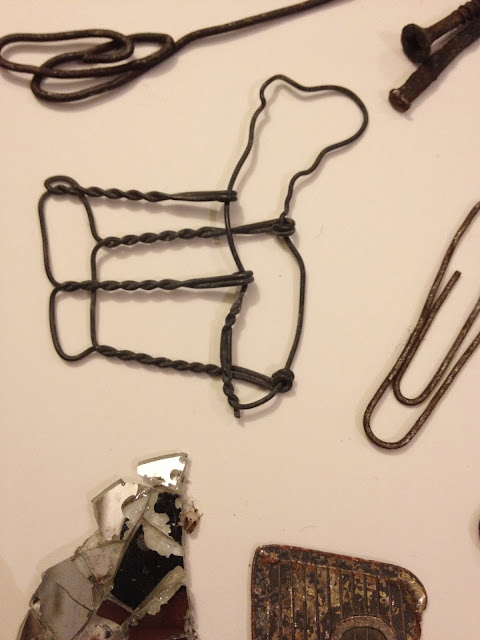 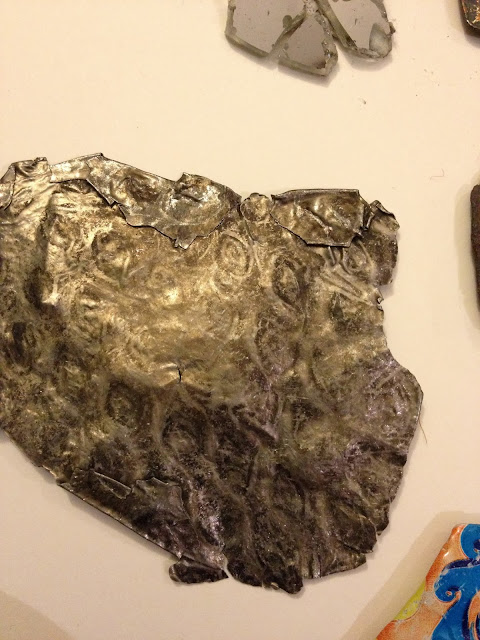 The wire from a champagne bottle 2 photos from the bottom looks a bit like an animal but it's on it's side.
I like your felt runner from a few posts ago.