To speak in Prince Charles' accent, say this-''I find my trisers on the grind''. I have a book called 'High to tawk Prawperleah' which is full of this sort of thing, though not that exact one. Much better than 'the rain in Spain' for imitating the landed gentry. Anyway, that is not what this is about, instead it is about this little doll, that I found at a newly discovered boot fair on Saturday morning. She lay there looking forlorn in her bright yellow dress and hooded cape, with her arms and legs falling off. I don't know her story apart from that she belonged to the man's aunt. I left her at first as she looked in such a state, but then I went back and rescued her. He knocked £3 off so she was a fiver. I don't know how old she is. The paint on her face looks like enamel paint which goes with later penny woodens. She could have been made any time last century. Penny woodens originated in Germany in about 1810, and became popular and widely available in other countries. I have looked on ebay at them but have never managed to buy one. Originally a cheap toy, they now usually go for quite a lot, so, damaged though she is I think this doll was a bargain. Her clothes had to go, as you will see in my very shaky animation below. Now she has a newly made petticoat and is awaiting a dress. 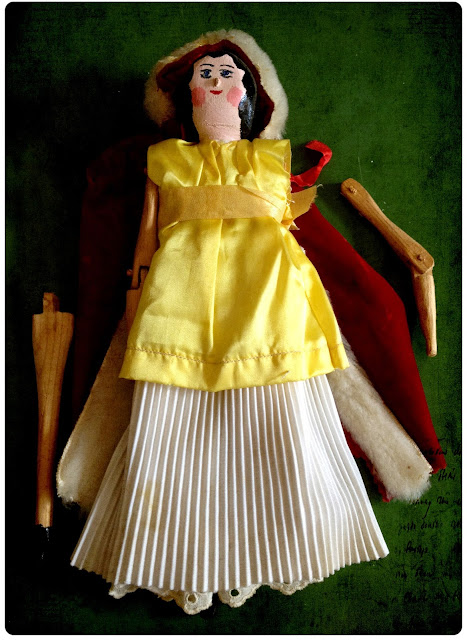 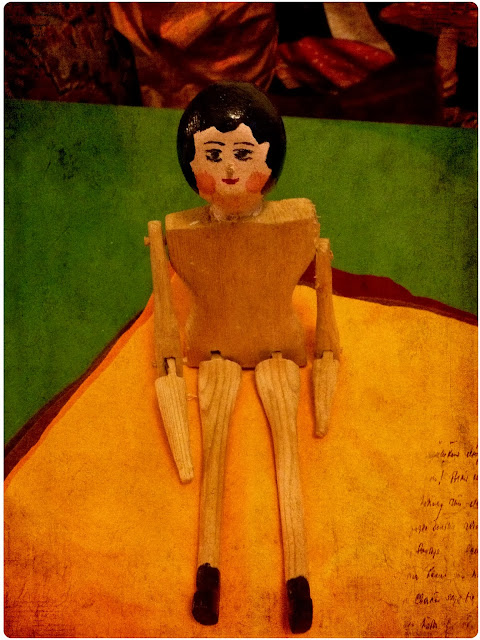 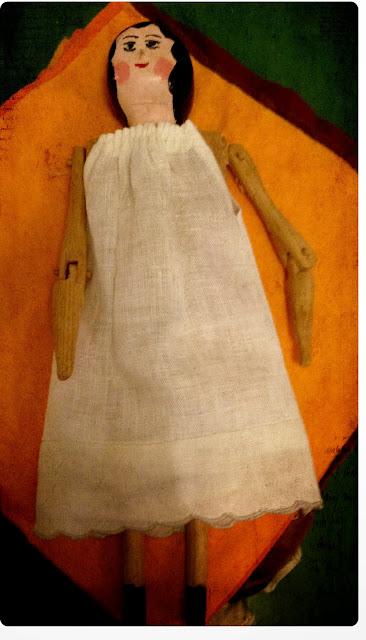 I made my petticoat shorter than the one she was wearing, as I wanted her feet to show. 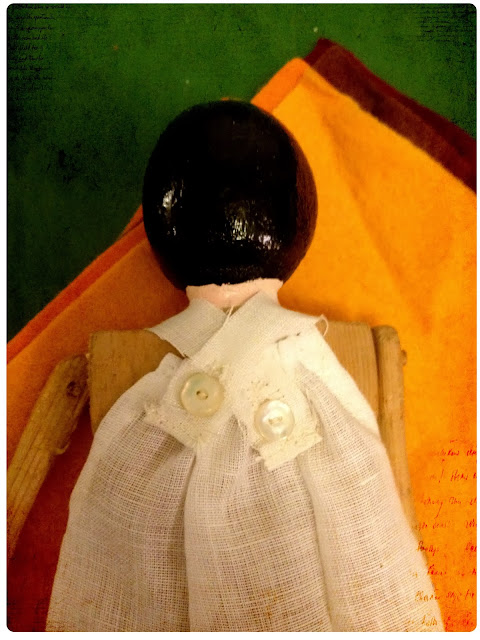 I used tiny old mother of pearl buttons to fasten her shoulder straps. 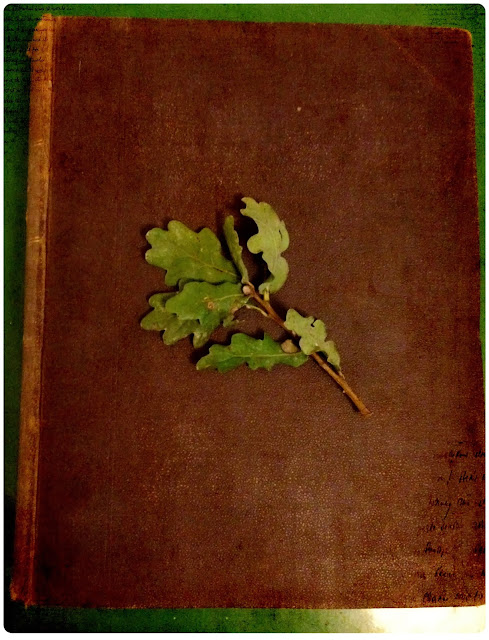 My other finds are natural ones from my walk in the park yesterday. They are resting on a book from 1893 called 'Household Words' which was a weekly magazine started in the 1850s and edited by Charles Dickens. It is full of interesting stories, and articles on all sorts of things. There is an online version here if you are interested. I got two of these books in, guess where, a charity shop. 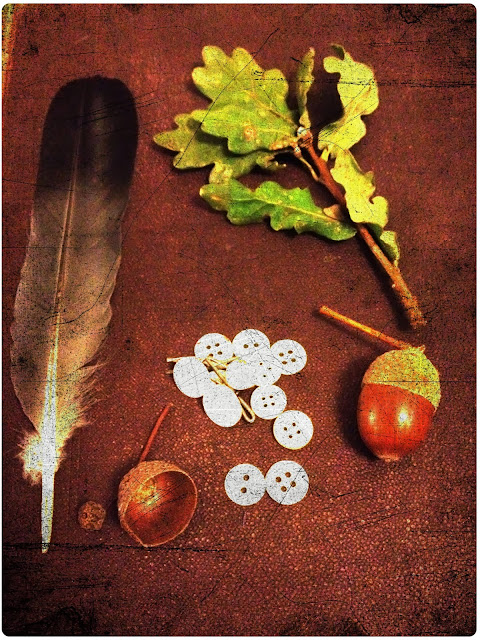 I looked up the origin of the word 'findings' for jewellery making pieces as I have always found it a strange word with no obvious reason for its use. I could not find the origin of findings so if anyone knows I would be interested. I didn't try very hard, or look in a dictionary so I can probably find it myself if I do! The little doll made me think of the word 'foundling' which has a more obvious reason for being used. I love the word 'changeling' too. Linda Sue has been making some sweet foundlings, or maybe finding them in the wool.
As well as being shaky the film is also poor quality as blogger wouldn't let me upload the HD one.
Posted by Sarah at 15:58

Your sweet little friend is very fortunate you happened along and took her home She. looks a lot like the doll written about in one of my favorite books, Hitty-Her First One Hundred Years--by Rachel Field. Love the other stuff you found as well.

i have always thought that "findings" comes from the idea of finding what is needed, whether button or slide fastener. But I looked it up online, and came upon this:
"finding (n.) ...
c.1300, "an abandoned child," verbal noun from find (v.). Cf. foundling. Later, "a discovery; that which is found out" (1590s). Meaning "result of a judicial examination" is from 1859. Related: Findings."
So your doll is a foundling and a finding!

I think Nick Parks will be shaking in his shoes, knowing that you are setting up in animation commpetition with him!
I don't know about the origin of findings for jewellery. Foundling always makes me think of tragic heroines in Victorian stories who have to give away their babies!

Findings is just what it says, what you find laying about here and there. And it does not just have to be right at hand in your home, either. I have found some very nice bits just walking around, in parking lots -- although I realize this makes me sound a little, mmmmm, odd? lol.