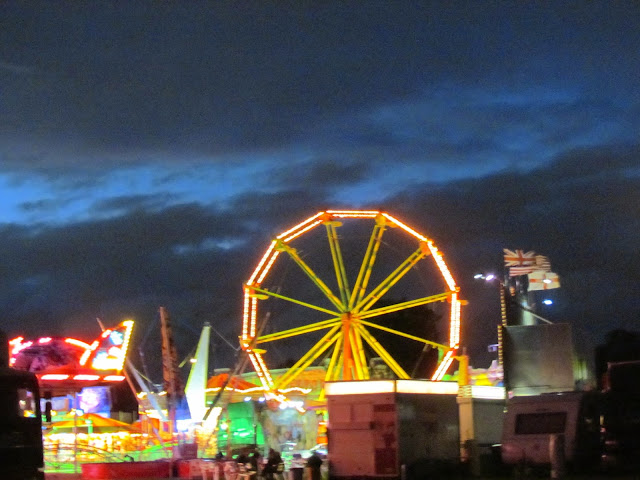 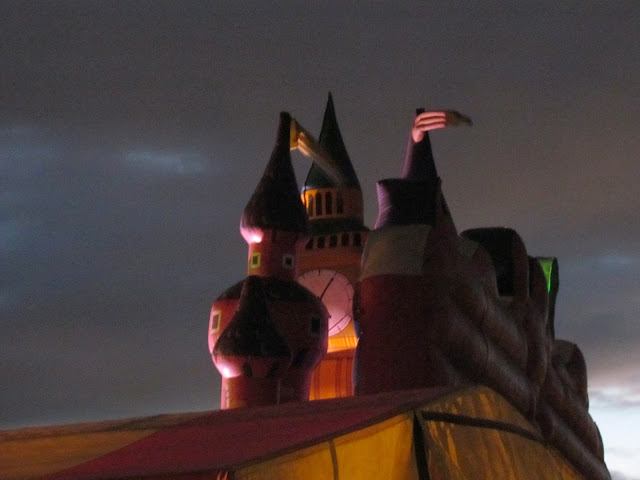 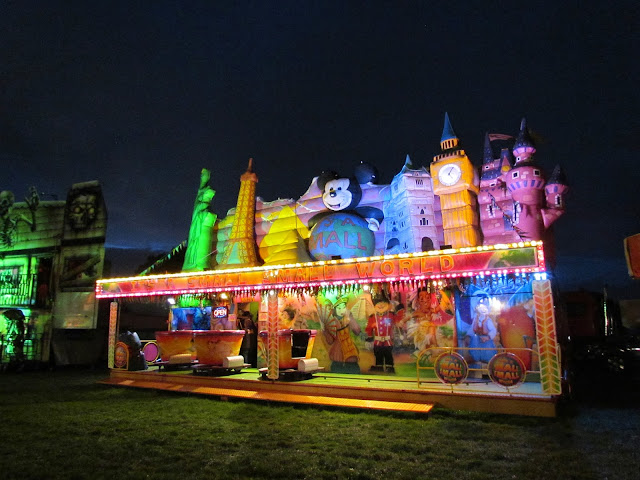 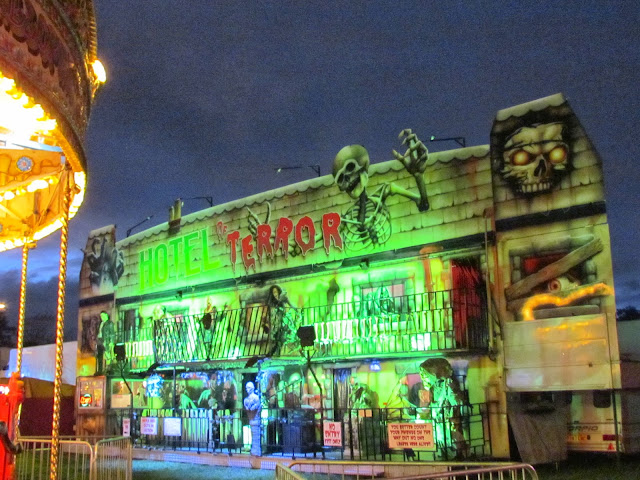 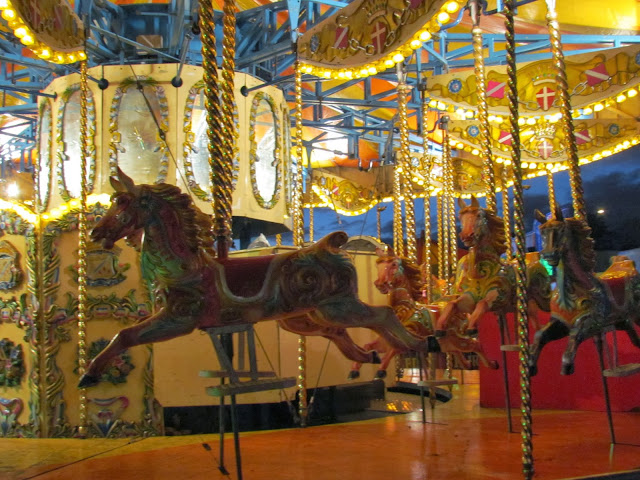 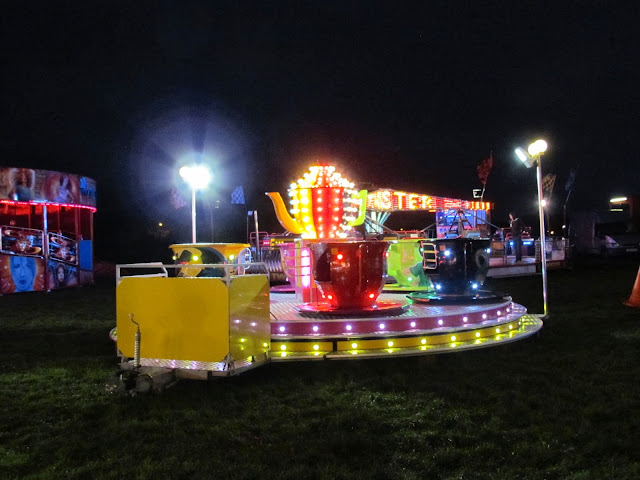 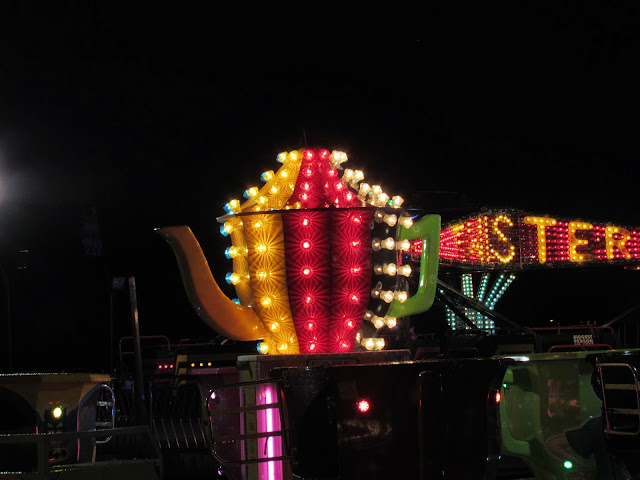 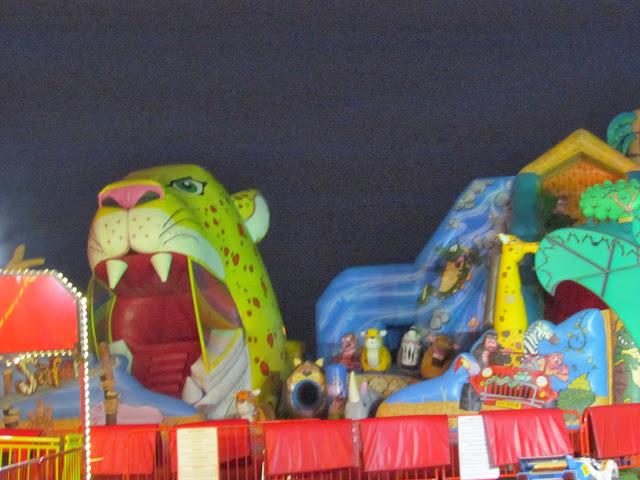 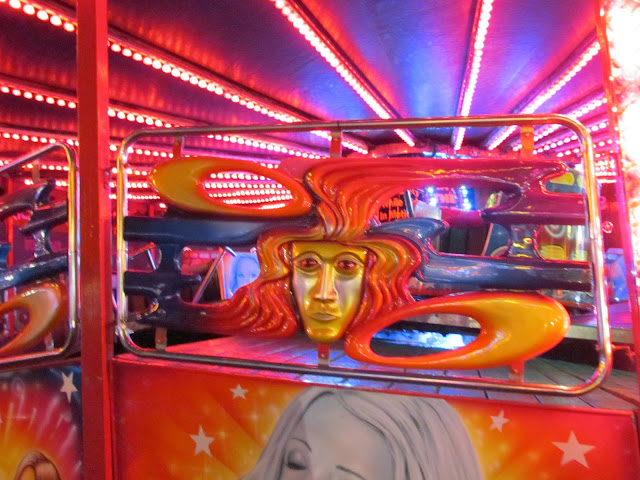 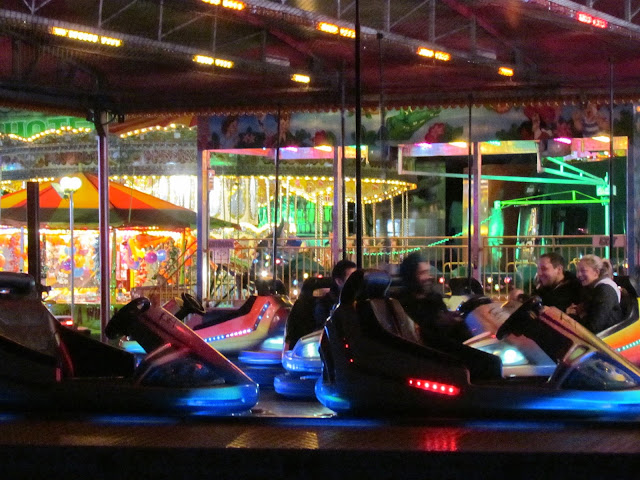 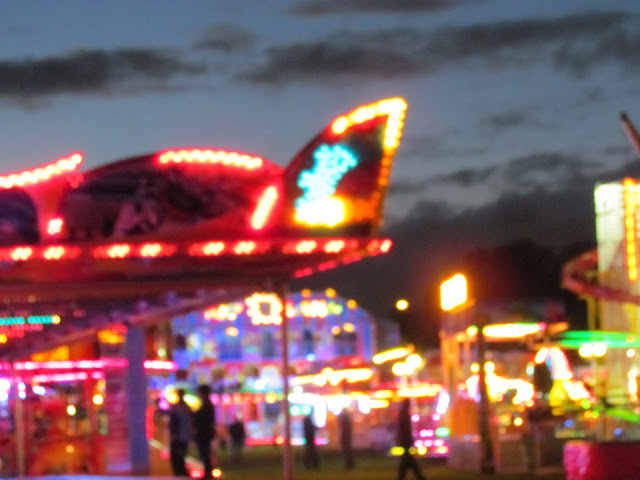 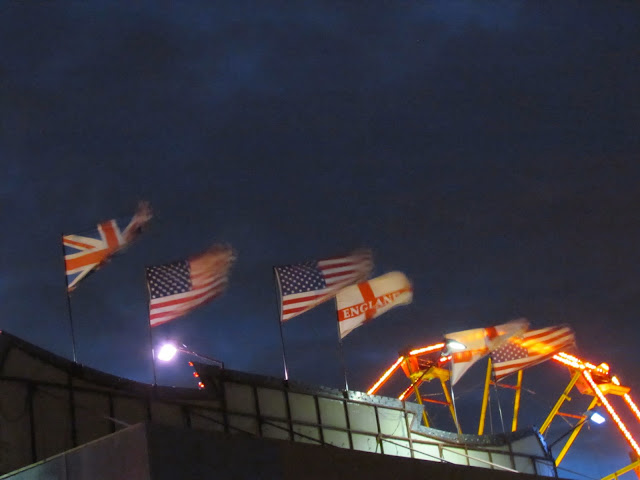 A funfair has appeared on the heath, so we went for a wander so I could take some pictures. It was early so not many people were there yet. The dodgems were busy and those people did appear to be having fun. I used to love going on the rides but now they just make me feel sick. Much more fun just to walk around and look. I nearly bought candy floss but then decided the probable instant toothache wasn't worth it. Ah fun, where did you go?!
Posted by Sarah at 16:53

Oh I love a funfair!!However, like you, it is much more fun to look these days. Great pics, especially of the gallopers and the 'flying teacup'. Just had a read through your Calais visit posts too. Looks as though you had a lovely birthday! Hope half-term is restful; mine certainly needs to be after the whirlwind of a start to the year. Rosx

What lovely photos! they really capture the colourfulness and general overwhelming feeling of being in a fair !

There was a funfair the last time I was in London and I had THE best time. These photos are wonderful and make me miss London and my peeps there even more... hope you are well. That Cassie is a little ham, isn't she? ;) Hope to see you next year maybe!
Take care dear Sarah,
Candace, Still in Athens.