Dinan market day was on Thursday. We got there quite early, and our friendly cab driver insisted on dropping us right off in the middle of the narrow medieval street action! I have been to a few French markets and they are always so colourful and mouthwatering. This one lived up to that expectation well. I have made mosaics of my photos mostly, apart from these first three which are my favourites, as there were just so many good things to see! First of all, some hat modelling heads from the fifties or sixties. The lady told me and my friend off for photographing them, but it was too late by this point and I already had. Sorry lady! 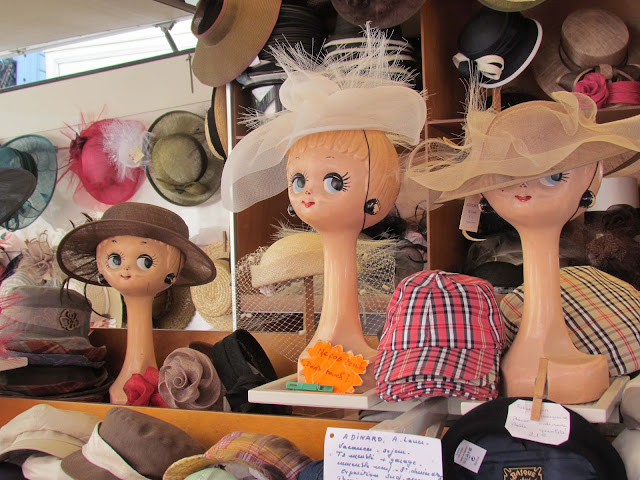 Barba Papa with his family and friends fly happily against the blue.
Every need is catered for... 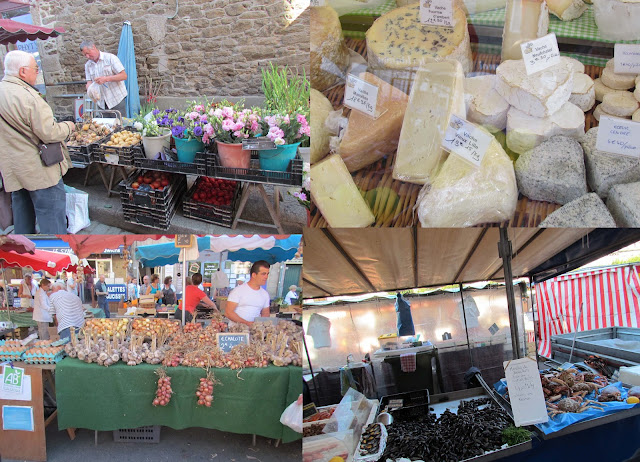 Colourful fruit and vegetables. Seafood, cheeses, sausages, bread. It was all there! We brought home quite a few delicious things for a barbecue in the evening. The best barbecue food I have ever eaten I think! 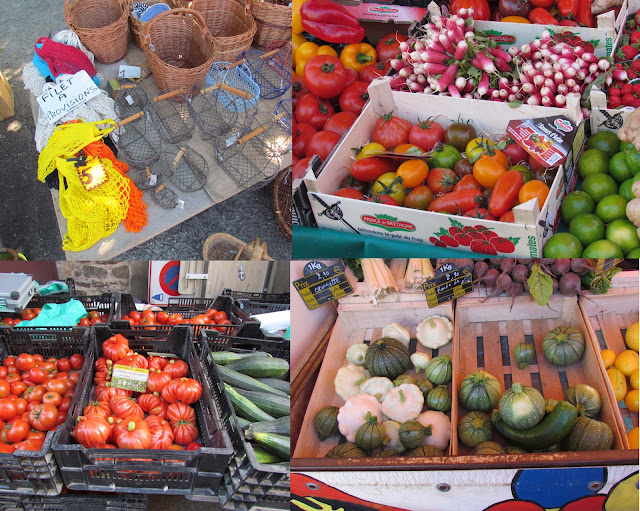 The string bag is called 'Filet a provisions'-Filet must mean net I think-Filet crochet! The bag seems to be made out of the fishnet stitch.

I love the covers of these two cat books. 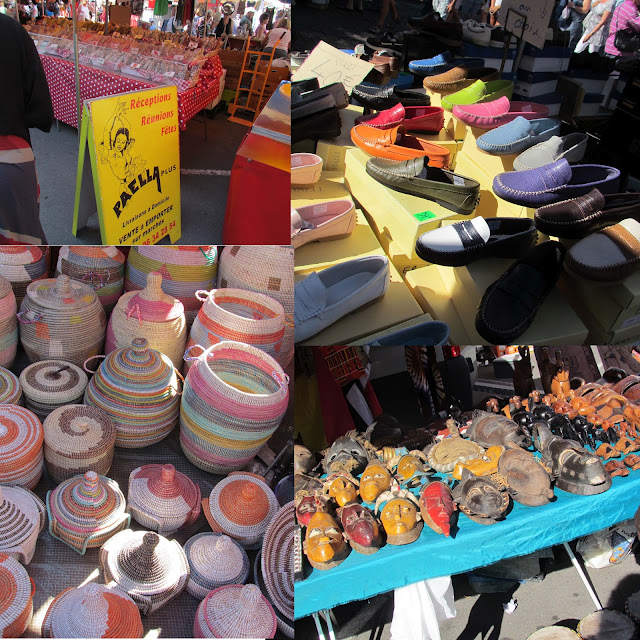 The baskets were amazing-but just too big for my case! 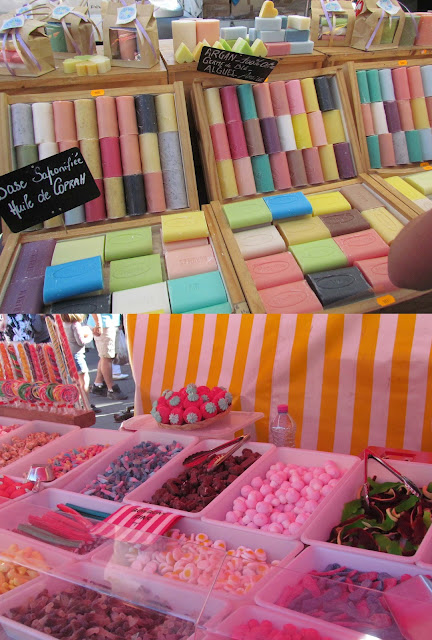 Soap was small enough though. Soap and sweets, such pretty colours. 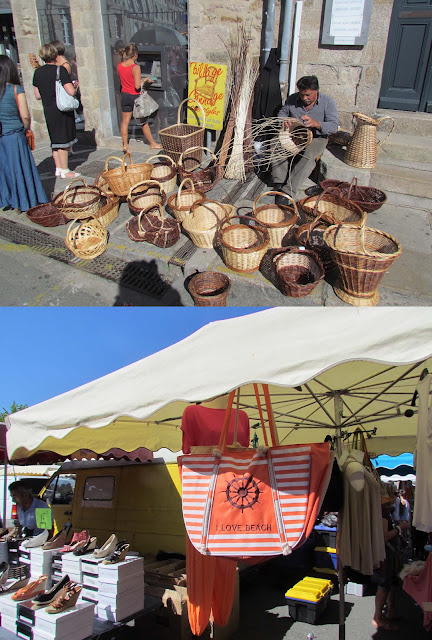 Goods ranged from the hand crafted to the mass produced and badly translated! (I love beach?) 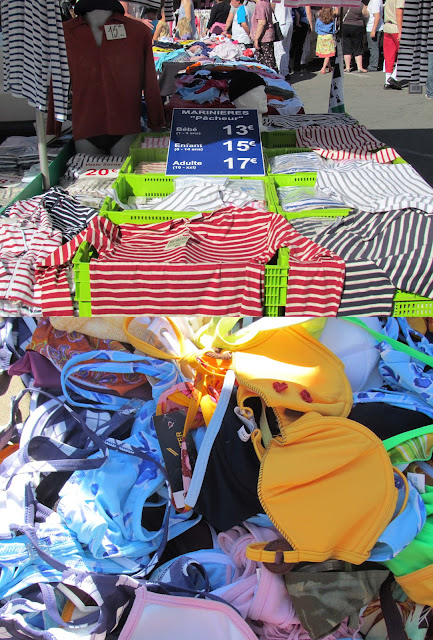 More Breton tops, and the foundation garments to support them!
An apology to Leenie-yes it is in France-I really should have said that! Northern French coast. It has a celtic history and links to celtic parts of Britain. For a teacher, you would think I would be better at not assuming that everyone else knows what I am talking about. And as someone who often says to other people 'I am not a mind reader'-Oh dear, self improvement coming up!
P.S. I had trouble uploading photos yesterday-hence late post, in fact they would not upload at all. I looked for advice and one piece said to try another browser. I downloaded Google Chrome which for some reason I have been putting off-and it worked brilliantly-almost instant uploads! Bleh to internet explorer! -Just incase anyone is having the same problem.
Posted by Sarah at 03:52

I love those heads and they are all the better for the scolding when you photographed them! Ha
ve a brilliant holiday xx

Fabulous photos - sucks, boo to the heads lady. She should be glad of the free publicity. I love the parasols:-)

The market looks like great fun! I too love the lace parasols. I use Firefox as my blogging browser after having a lot of problems with Explorer and Blogger.
Have a great day.
Always, Queenie

I have had google chrome for a long time now and love how quick it is! Loving all of your photos- delightful! So off putting when people say "no photo" I pretend to not understand - smile and take their photo as though they have asked me to...they become confused. Who cares, I will never see them again most likely so I just snap away, and say "OOPS" as though I have no control..."she is insane" they think...so glad that you got so many lovely shots! Delicious!

I can never resist baskets! I use Firefox as I can't blog in IE or Safari any longer. It's a pain when it all goes wrong.

The market there looks very nice! I can't ever understand why people get upset at picture taking. It happens here too!