Beautiful Brittany. Here are my favourite photos, excluding those still to come tomorrow and Wednesday-of the market in Dinan and a bar in St Malo made just for me! 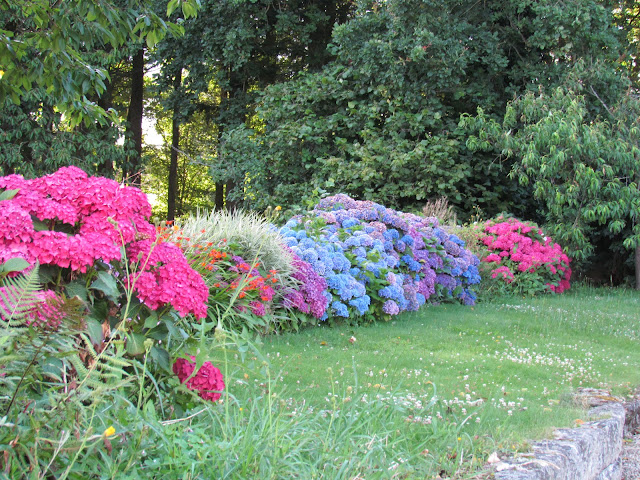 Hydrangeas were everywhere, and often in these lovely purples, lilacs and pinks. I didn't used to like them, but have come to do so over the years. I think I am right in saying that the ph value of the soil affects their colour, so Brittany has great ph! 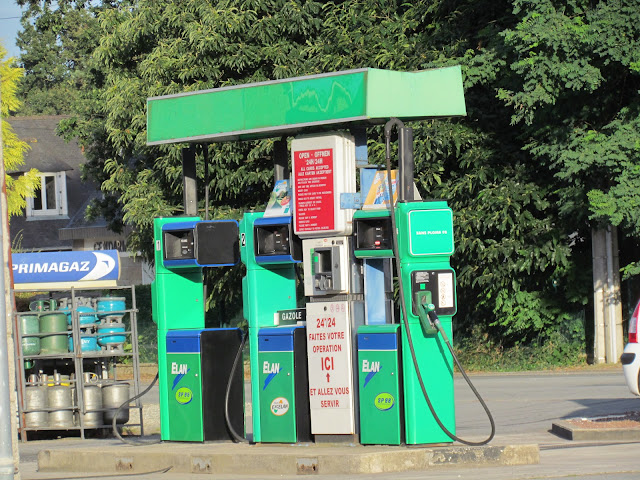 I saw some similar petrol stations to this one when in Devon last week, though didn't get a photo as Devon involved more driving than walking. 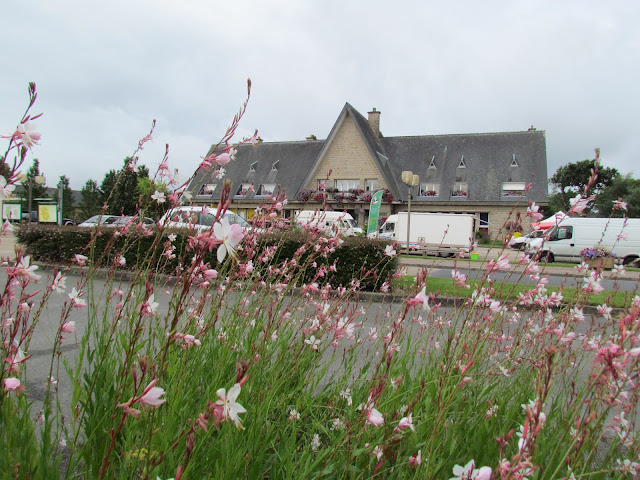 There was a real variety of public planting everywhere we went with imaginative choices of plants and a meadow feel. This is the centre of Plelan Le Petit, looking through to the post office and the market place. 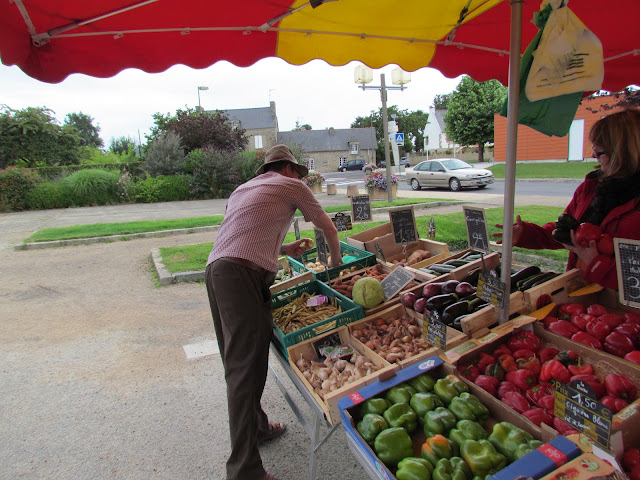 Andy shopping at the Sunday morning market in the village. 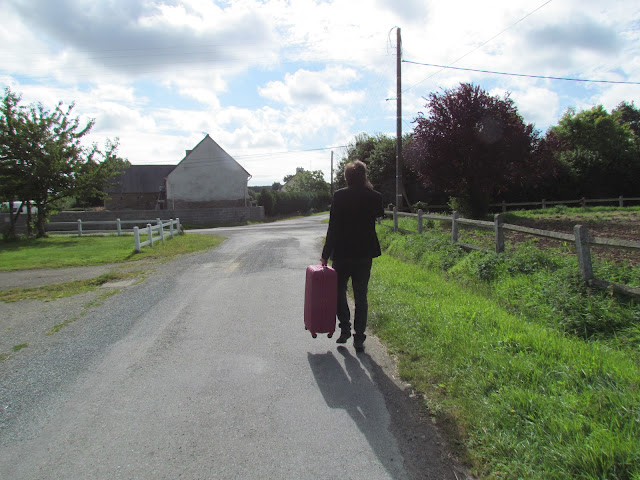 Gary isn't leaving, he is just leading the shopping party to the intermarché for wine and provisions. Someone had the genius idea of taking a wheely suitcase. Wine is heavy! 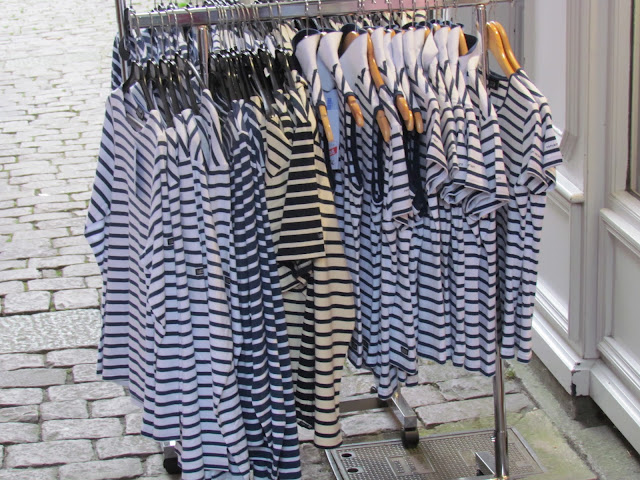 The ubiquitous Breton tops. I bought one whilst there as I love them. Not worn it yet though as it has been too hot. 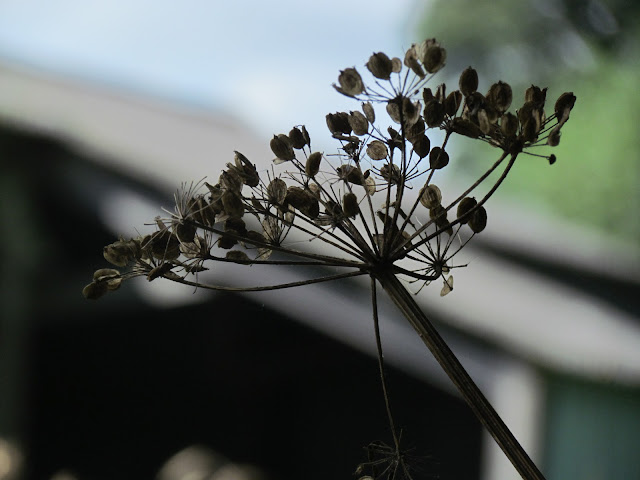 I love the way this photo came out. I zoomed in on the seedhead which made the background go beautifully blurred. It is the next door place to ours-I think where little white dog lives. 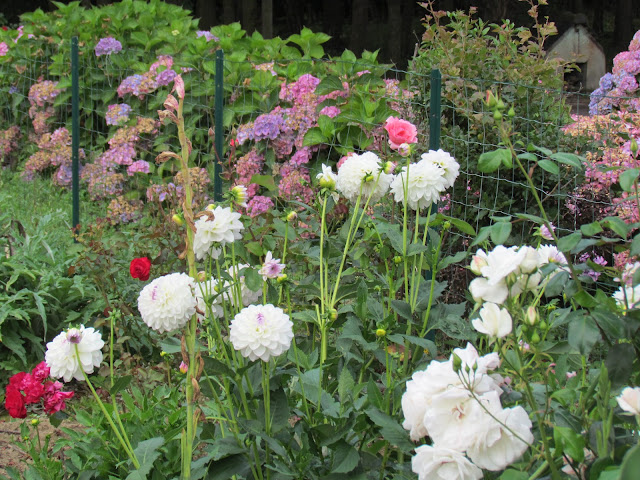 Most of the gardens in the village were very clipped and neat. This one was more cottage garden in feel. 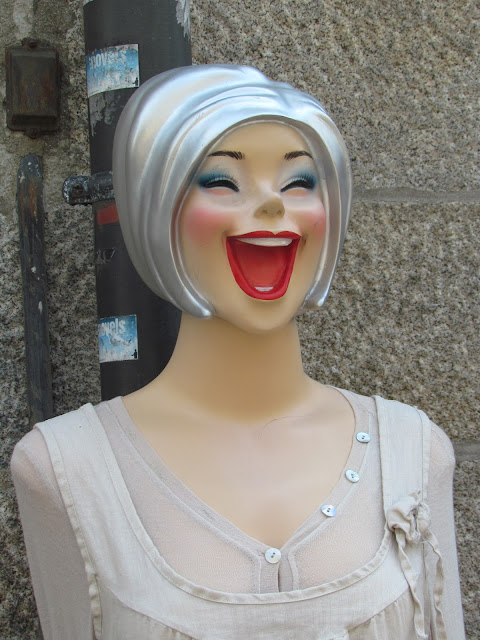 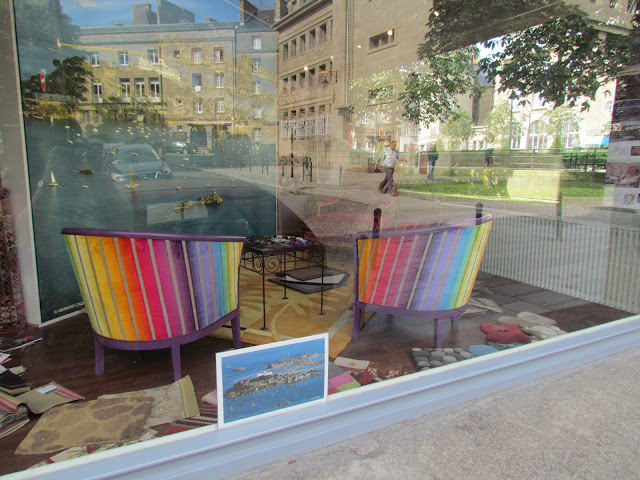 I want these rainbow chairs! 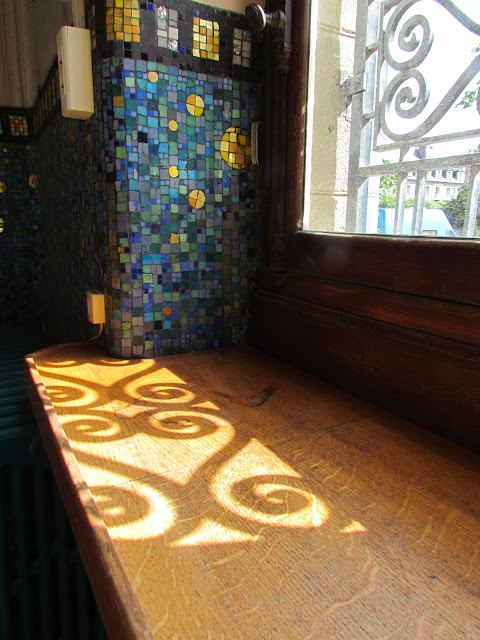 Klimt style decoration in the post office in St Malo, complimented by the swirly shadows from the cast iron work outside. 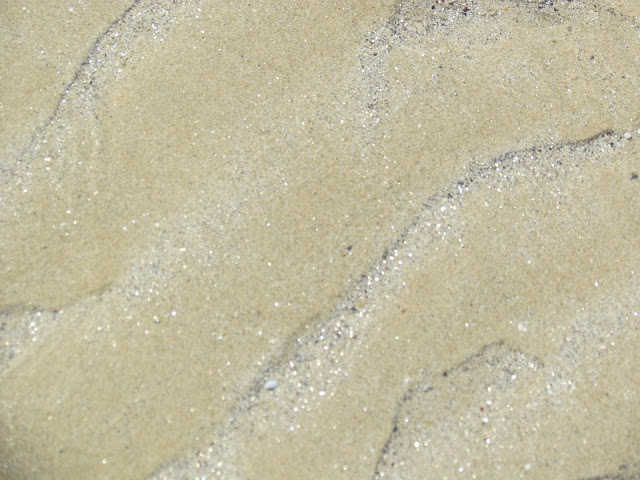 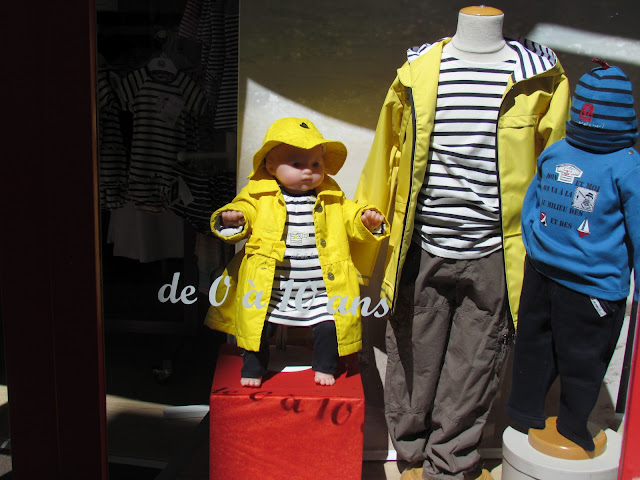 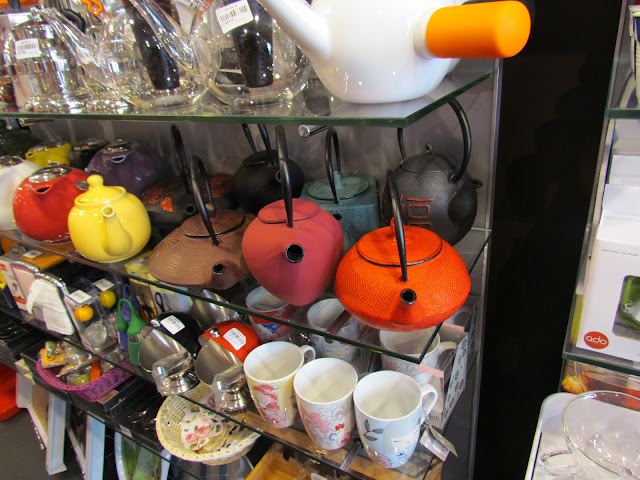 Colourful teapots in a kitchen shop we visited. We descended on them and bought a load of their lemon and lime spray gizmos. A great gadget! By Lekue. 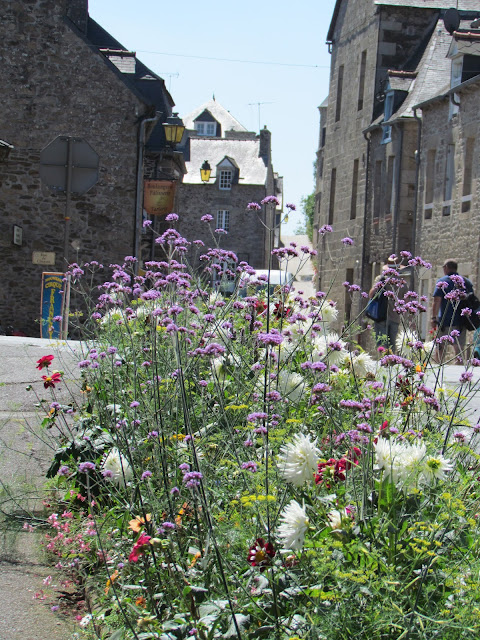 Jugon Les Lacs.  We visited for lunch, and to go to the charity shop Andy had seen on google streetview. It turned out to be run by English women. I bought some yarn! We were told by the taxi driver and by a local old man that we could not walk to the lake from the village. But we could-just up a hill out of the square! We had lunch there too and bought some French magazines. 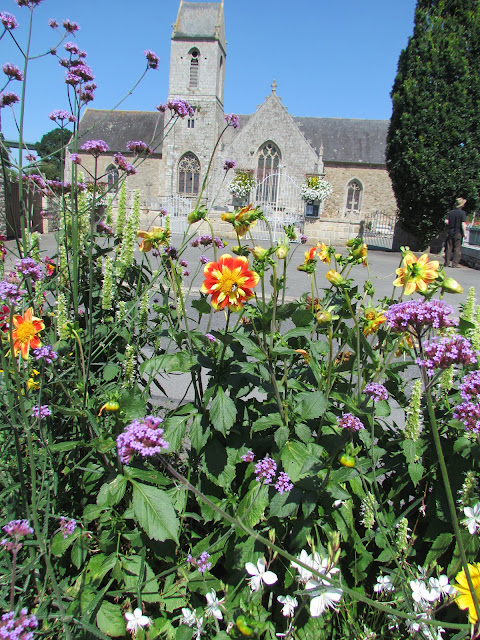 A mysterious little circus down near the river. A lama and a donkey were grazing in the field outside, the only signs of life. 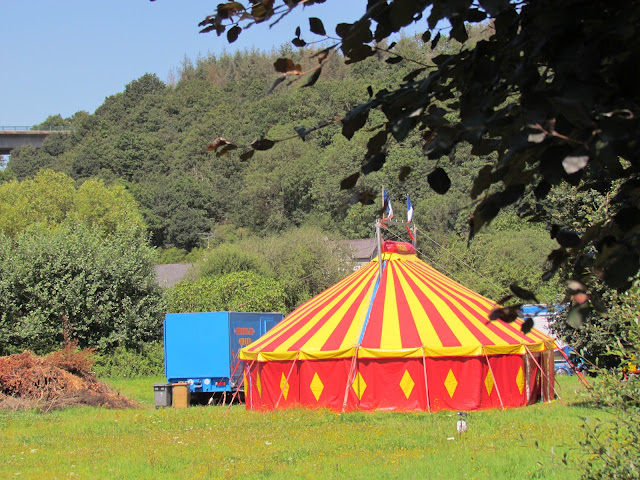 Thank you for these! I feel as though I've been on holiday, without the expense. There is a mannequin just like that one here in the fairhaven paper shop. She is a bit too enthusiastic. LOVE love LOVE the circus tent- So fun- you must paint it!

Hydrangeas don't live here. Too cold or too something, so it's fun to see how fine they look in those gardens. I agree about the rainbow chairs.

Isn't Brittany in France? Did you just pack up your passport and cross the channel for a holiday? How nice it would be to live so near such a variety of places to visit.

Loving your photos. We once stayed in a French town by a river, one night a circus came to town right next to us. They put up tents and pens for all the animals. Great fun!

Such pretty pictures! You are correct about Hydrangeas. The soil pH determines their color. They are very popular in the Southern US. I bought one for my Mother several years ago but I do not have one.