The full force of the Olympic Route Network and the Controlled Parking Zones come into force this week. Here are some local examples. This is looking down over the A2 near my house. All very clear. Some other parts are not so clear but I am planning to largely leave my car at home this summer! Andy says that North Greenwich station-the one at the dome, has lots of soldiers roaming around and also giant tubs filled with sand-to stop vehicles maybe? I may pop down there tomorrow to have a look. I completed my own Olympic marathon of washing and house cleaning today so feel a trip out may be possible tomorrow! 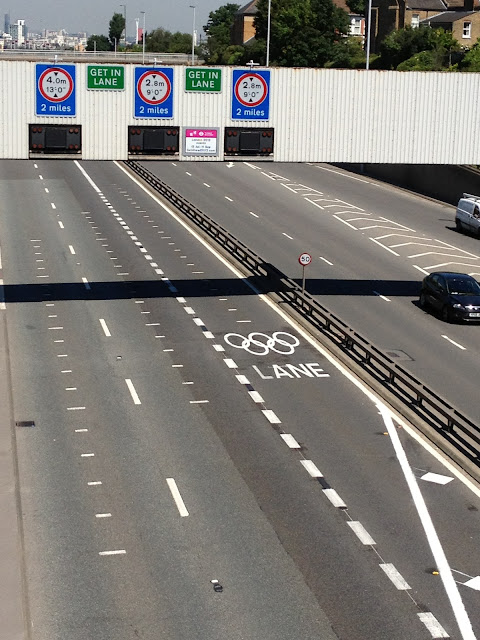 Where there was free parking, there is now very definitely not. I can't imagine they will manage to tow away all the cars that don't have a permit, but I didn't take any chances. One of our neighbours thinks the whole thing is a con and so doesn't have a permit, while another thinks the borough of Greenwich will make a tidy profit from the whole thing, but has got some visitor permits for his family. 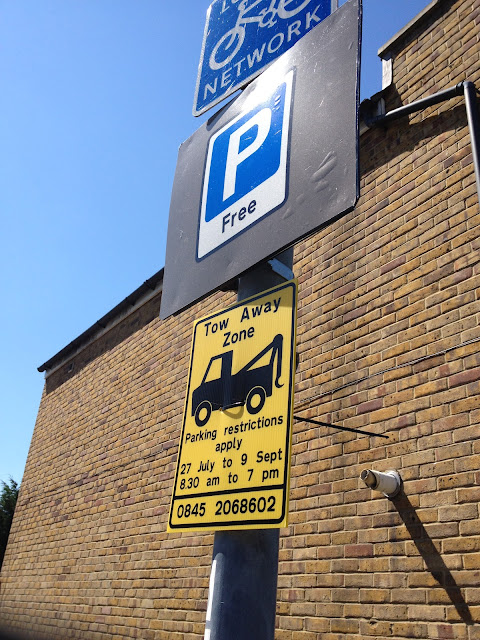 This little sign has nothing to do with the Olympics, I just liked it. 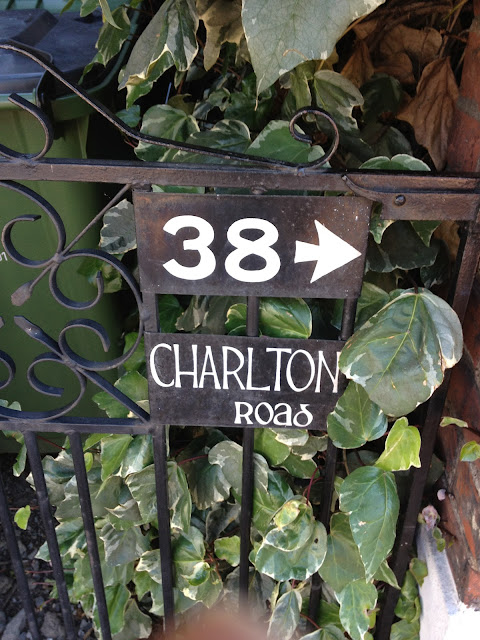 This car is exhibiting a comprehensive range of memberships and permits. The Olympic one is the square one up at the top. The Greenwich one is so you can use the tip. I used to have one but don't now, and they have not stopped me yet. 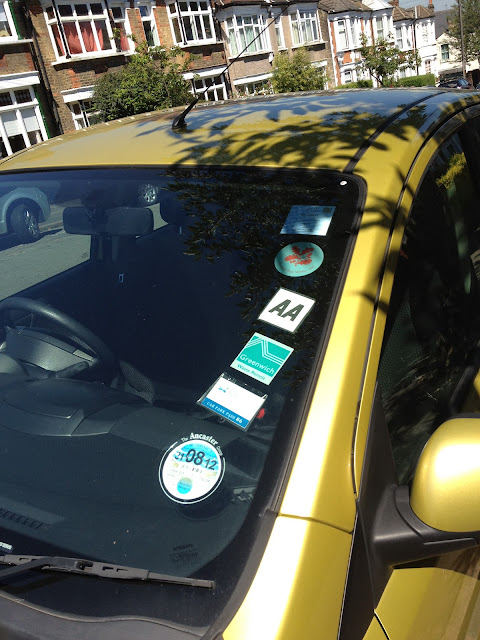 This is how Tiger feels about the whole thing.
Not very interested and very hot and lazy!
She looks as if she might watch a bit of telly later though.
If she can be bothered. 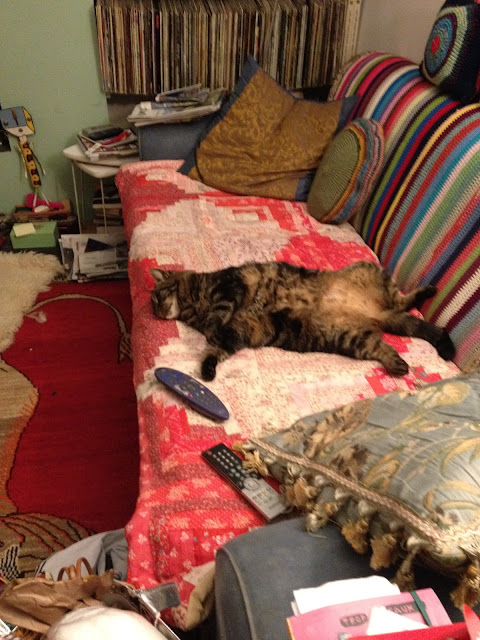 Back with pictures of Dungeness tomorrow. We went there on Saturday after the torch event. Such a beautiful day! I found some interesting things, one of which I still have not been able to identify, so hopefully you can help me.
Posted by Sarah at 15:32

Wow, I am starting to think I should go and see all this olympic stuff now, it seems to have passed us by here in NW London.

I suppose if I happened to be in the neighborhood i might get excited about the Olympics but I am not and I am not...The Jubilee was worthy of real excitement, I am with the kitty on the couch...Olympics, meh...too much hassle.

Lots of hassle for the locals when the whole world comes to town. I hope things don't get to crazy and inconvenient for you before it all goes away. Fun to see it all through your camera.

I'm visiting from Liz's blog. Nice to meet you. Interesting about all the prep for the Olympics. I love the photo of Tiger. We have 4 cats from age 11 to 6 mos. Hope you enjoy the day.

am a loyal longtime reader though I've yet to comment. But now it seems that missing images of Cassie prods me to hope out loud that she is well and happy?

Hi Anonymous,
Thanks for visiting, and for commenting today. never fear, Cassie is very well, as is Lily, and all three cats are enjoying the sun, though getting too hot!

Thanks for returning my visit and following my blog. I have signed up to follow you, also. Have a great evening. Mildred