I love Dungeness! I have said this before but it is still true. It is a wild and mysterious place, far away from city life. I love the space and open views, and even the nuclear power station does not spoil it, just adds to its weird feeling. I really want to go there at night, and see the power station's lights and throw flints onto the ground to make sparks. If we could, we would buy a holiday cottage there, or even move there, though I don't think jobs would be easy to come by. 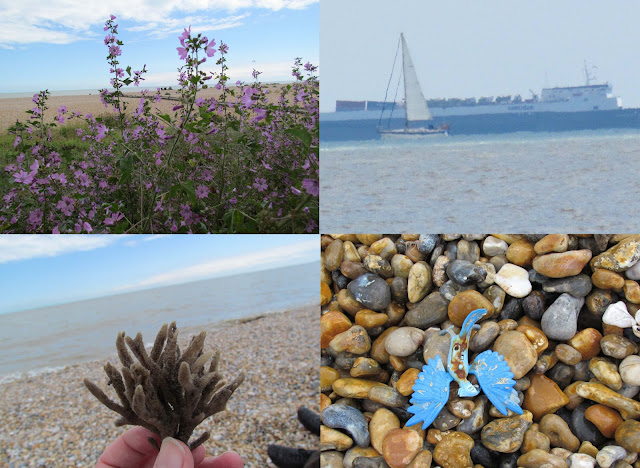 This visit had more interest than normal, as I am just getting to the end of 'Strands' by Jean Sprackland, that I mentioned a while ago. It is one of those books, like 'Colour, Travels Through My Paint Box' by Victoria Finlay, that is just crammed full of fascinating facts and stories. The author is very good at going off on gripping tangents and her imagination and investigative skills are sparked by all the things she finds in her wanderings on her particular stretch of shore. It has made me realise that I am a little unquestioning when it comes to my finds, investigating some but not others, and not any really thoroughly. For example I find seaweed, but have never looked into what it is or found out much information about it. I find plastic items all the time, but had never realised how many things there are floating around out there, and how some areas of ocean are just one large rubbish dump. It has inspired me to change! However, that will happen at some undefined point in the future, for now I am content to look at the furry seaweed, think how pretty and soft it is, and move on. 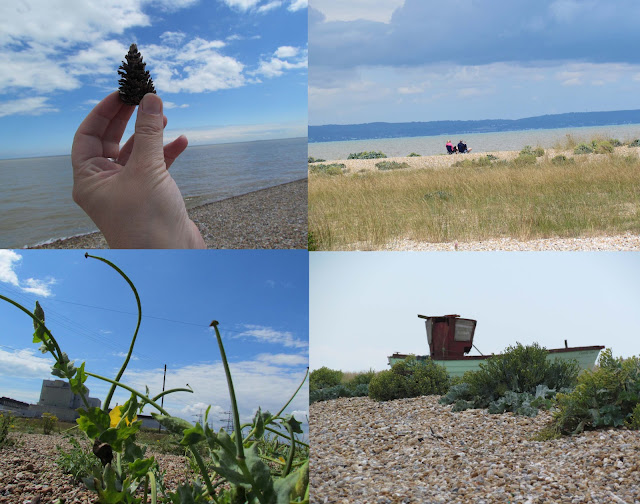 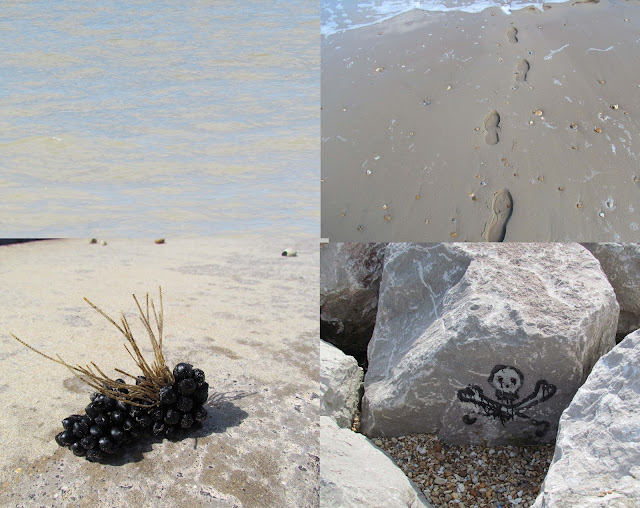 The pictures in the mosaic above were taken slightly further down the coast. The tide was going out, and the sand was a strange texture-making deep footprints and oozing water-very saturated. The skull and cross bones were on a manmade rock barrier. The grape like thing is my mystery object-and even with the help of quite a lot of google searching I still don't know what it is. It was heavy-the little pods were filled with water. I think it is seaweed rather than, say, egg capsules, but I have never seen anything quite like it. Andy told me not to touch it, but I did, and also threw it back into the sea, in the hope of saving it-though it probably got washed back up shortly afterwards. 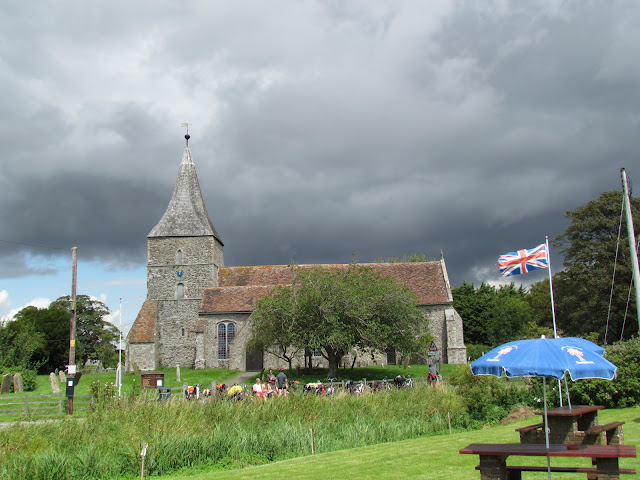 This is St Mary in the Marsh-Romney Marsh. A very romantically named place which I have meant to visit for ages. We didn't stay long this time, just long enough for a coke and a packet of crisps in the pub-but I will go back soon. 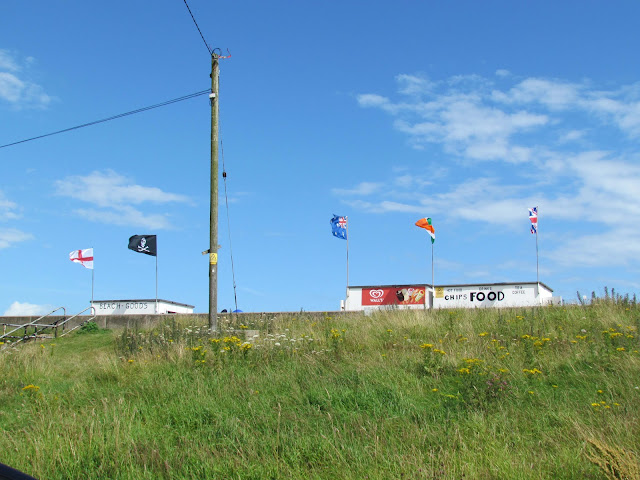 We came upon this tower-clearly someone's home. It overlooks the sea and the fields-a great place to live! 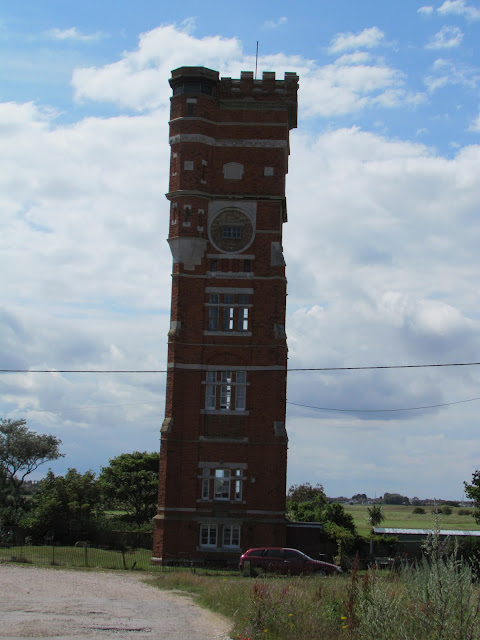 This little bird was singing beautifully but quite far away. I used my zoom to catch it. It looks a bit sparrow like, but a strange grubby orange colour. 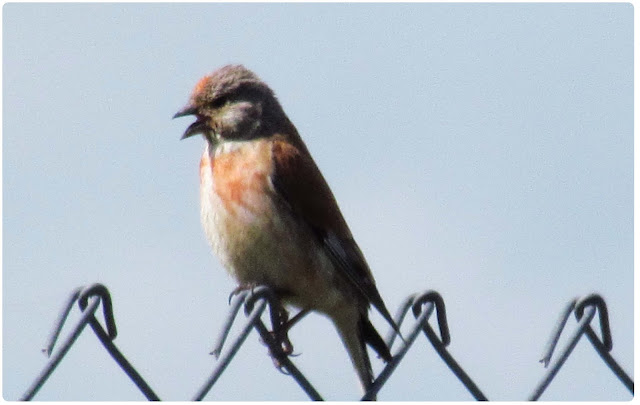 Just a few of the delights of Dungeness! Off to Hastings tomorrow-another great place!
Posted by Sarah at 14:23

Thanks so much for this lovely photo tour. I love St. Mary's and the tower home is magnificent! Can you imagine the views?

Great! But I can not WAIT for Hastings! I Loved it there! Yippeee!

Hey, great images and a really nice angle on the delights of this unique place. I used to go there when I was a kid and it was always an enthralling place and full of fascinating animals and plants. By the way, the bird is a slightly scruffy male Linnet!

Thanks for that Joe-I really didn't know what it was!

Your photos are wonderful, I especially love the one of parish with the stormy sky! What a wonderful adventure you are on, enjoy.
Have a great day!
Always, Queenie