A few weeks ago I found a reference to 'Bottle Beach' on the Thames Estuary at Coalhouse Fort in Essex. It is on the site of an old dump which is now eroding onto the foreshore, revealing all of its treasure. 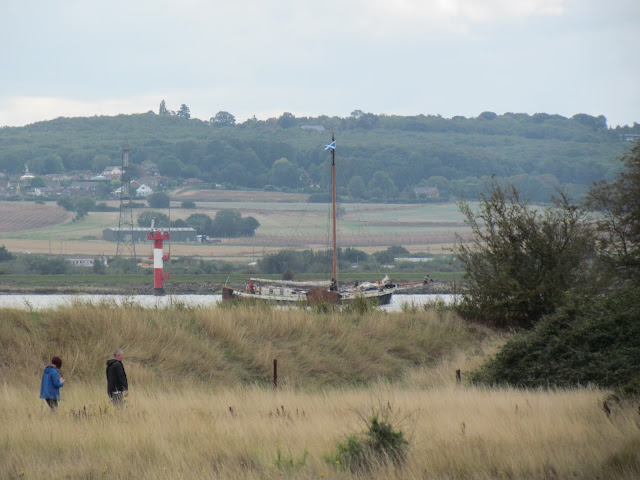 Not only was the thought of that exciting, it turned out to be a lovely place to visit. It is peaceful, has free parking, a cafe, and toilet, and only takes about forty minutes to get to. The artillery fort was built in the 1860s, to defend the lower Thames from attacks from the sea. There have been fortifications at this point since the 15th century. The time it took to complete, and the rapid development of artillery at the time, meant that it was almost obsolete by the time it was finished. A charity took the management of it over and some restoration was done, but they have recently ended their custodianship, and another charity taken over. Currently you cannot go inside, apart from on guided tours by arrangement I think. 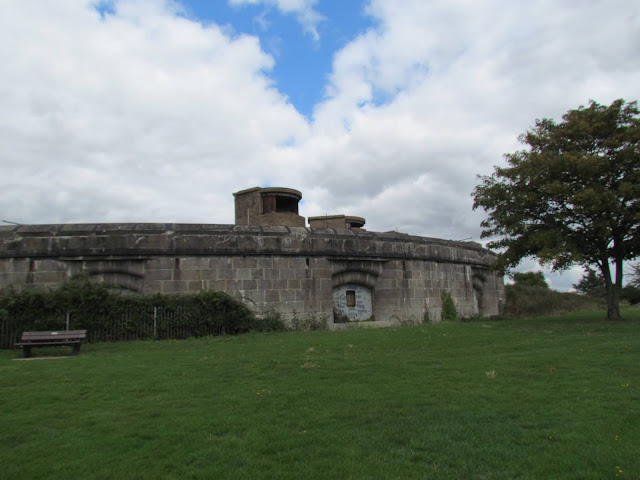 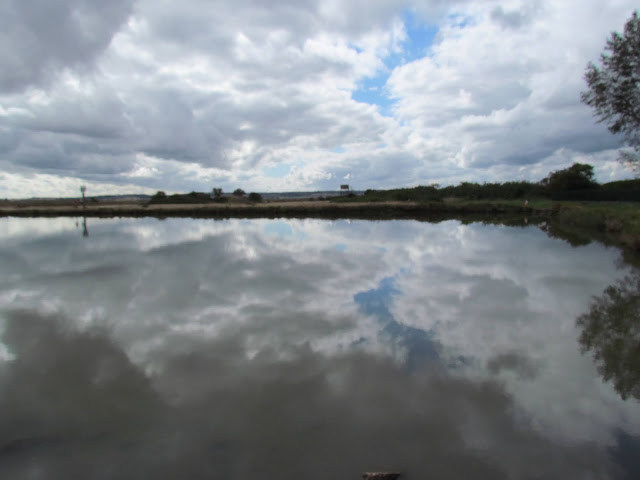 There are tons on blackebrries, also sloes and rosehips. 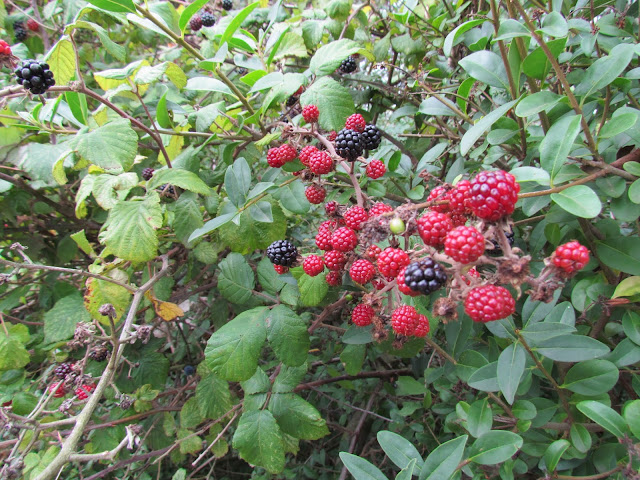 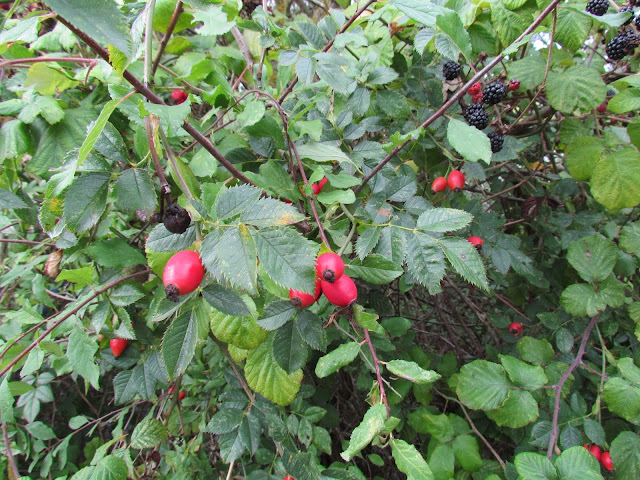 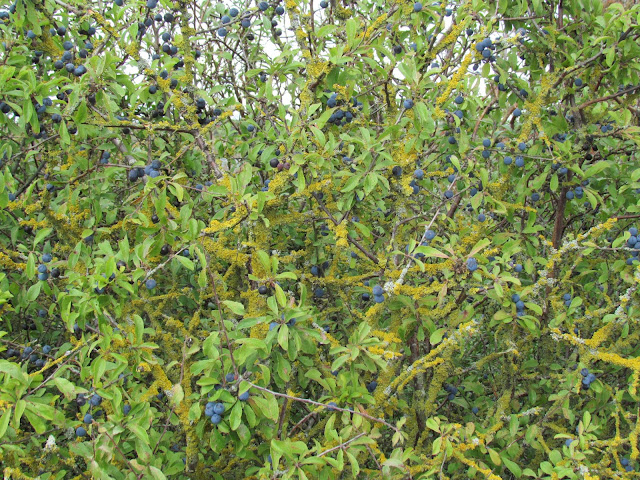 This is a radar tower from the second world war, cleverly disguised to look like a water tower.
It was named as a water tower on maps to maintain secrecy. 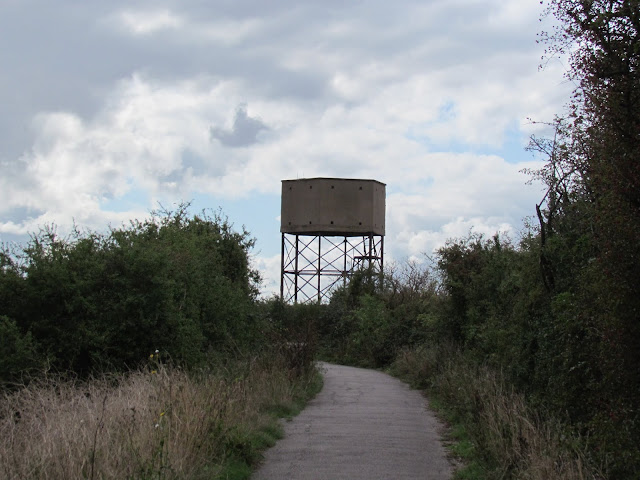 The girlettes came along too, and enjoyed the peaceful views of the water. 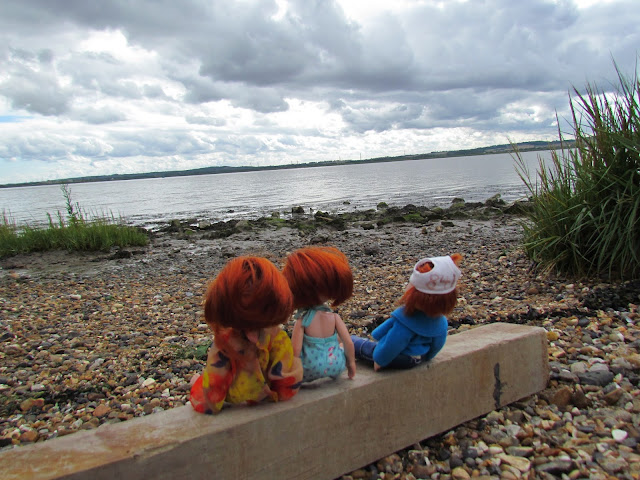 There were five snowy egrets just along the foreshore from the radar tower. What a beautiful bird, and what silly big yellow feet! 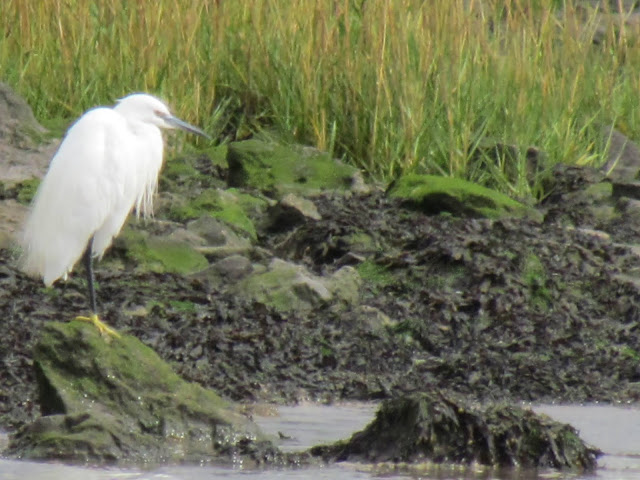 I have only put this photo in because it was quite a feat tracking it across the sky and getting it in the frame! 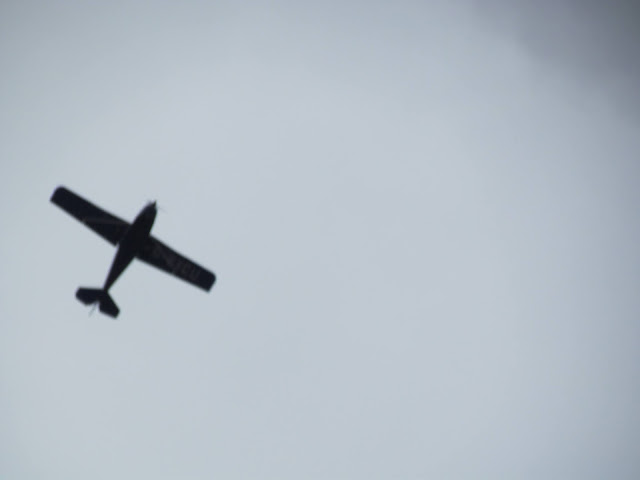 I didn't really take photos of what the beach looks like. We are going back again on Saturday so I might then. A lot of it is just littered with bottles. There are also a lot of ceramic pieces. All along the bank are holes left by bottle diggers, and a lot of what is lying around is stuff they didn't want to take. There is also a lot in the mud by the water. I had a lot of trouble not bringing too much home, and in fact brought too much home. I am as yet a bit of an undiscerning bottle hunter! 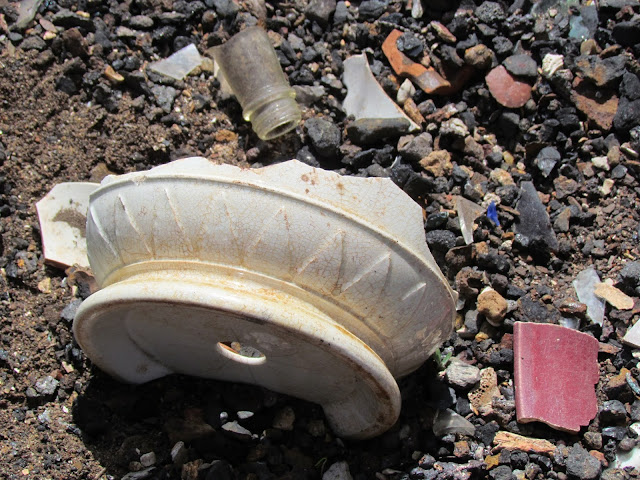 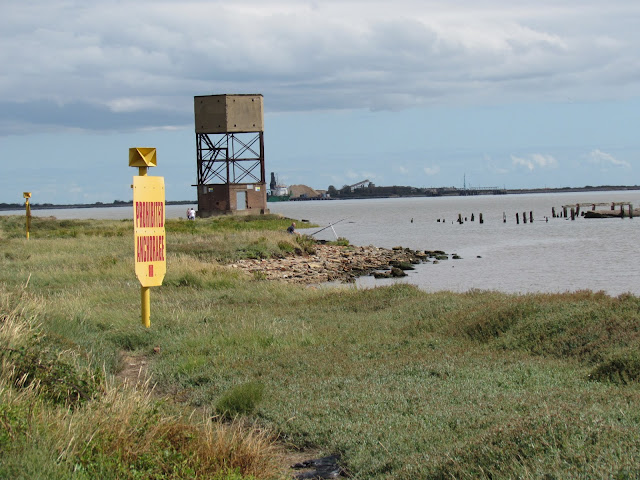 We have been twice, and on the second visit started at the other end of the beach. Andy was putting little piles of bottles aside that he thought I might be interested in. Behind one of these, I noticed a little bit of white sticking out of the mud. I pulled it out and it turned out to be this little man! It is one of the best things I have ever found, and its all thanks to Andy helping with the bottles. He is bisque I think, and not damaged. Amazingly, as his little violin is quite delicate. I think he is a gnome, and possibly a cake topper for Christmas. This is a guess though as I can't find an example. 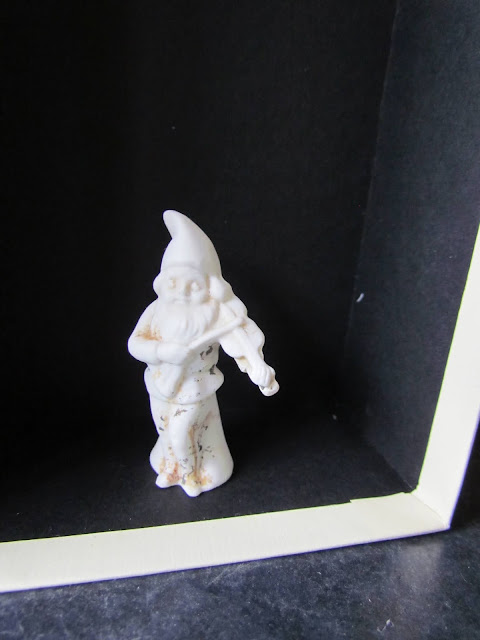 Bird in yellow boots, comical. The elf is such a great find, well done, you with the eyes that see! Looks like a great estuary. I yearn! The girlettes are just having the best time!

Now THAT is love.

Seeing girlettes (three of them!) out and about, having fun, touches my heart so much.
I love that Racer is still wearing her underwear on her head!


Because of your post we went for the first time today .The tide was unusually high the locals said ( autumn equinox )so we sat on the waters edge and watched seals swimming about - four of them !
We will go back again at low tide another day for some treasure hunting .Thankyou for a lovely day and more to come ...

Seals! How exciting. Perhaps we will go at high tide next time.