Not long after Racer and Minnie arrived, I was looking after a little cat who lives right on the stretch of river where I like to go the most. So, after visiting her one morning, I took the girlettes for their first mudlarking trip. Minnie left her shoes at home so she wouldn't lose them. 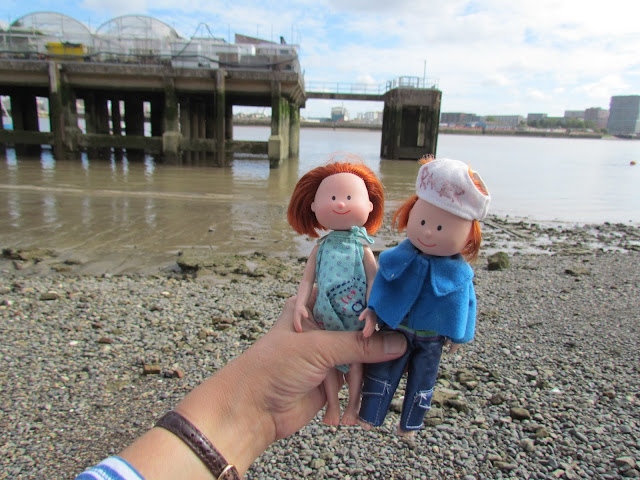 This brick probably said 'Foster' which is kind of what I am doing with the girlettes. So we liked that one. Left it there though as my brick collection is already too large. 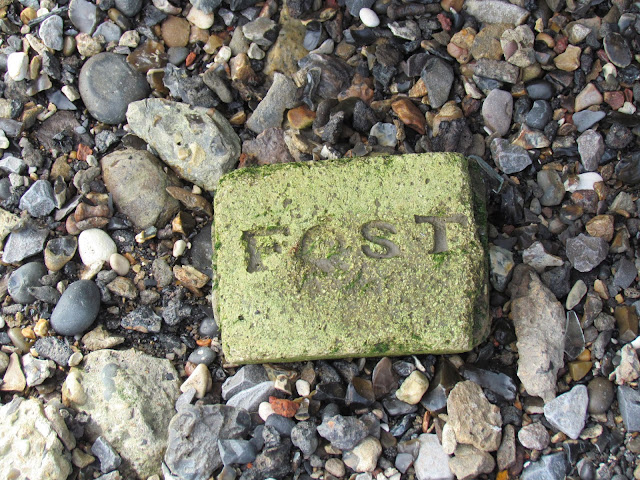 We found a reasonably clean and dry spot for them to sit for photos. To be honest though, they were more interested in looking for stuff! 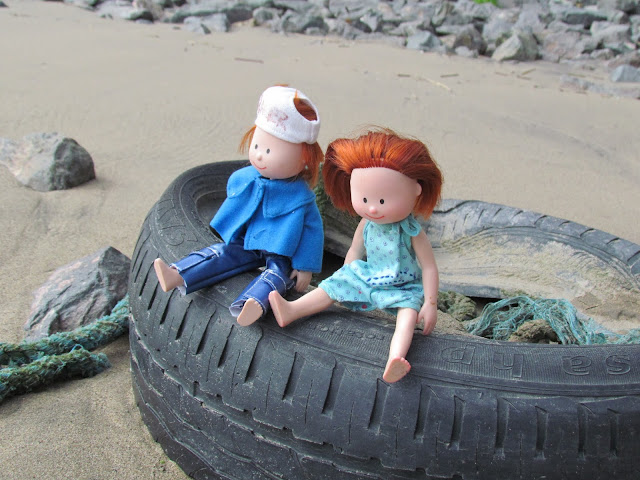 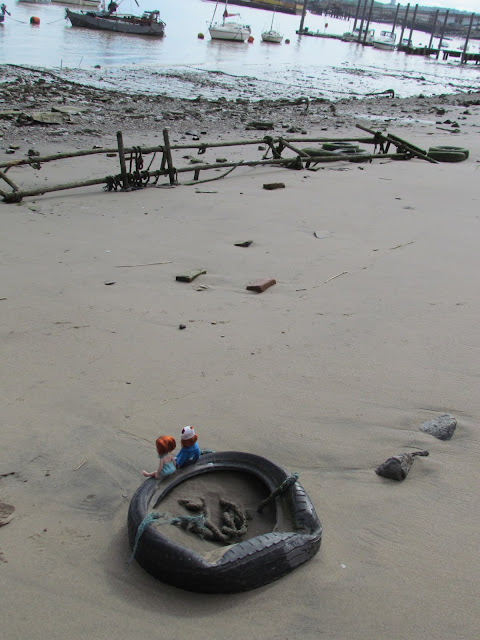 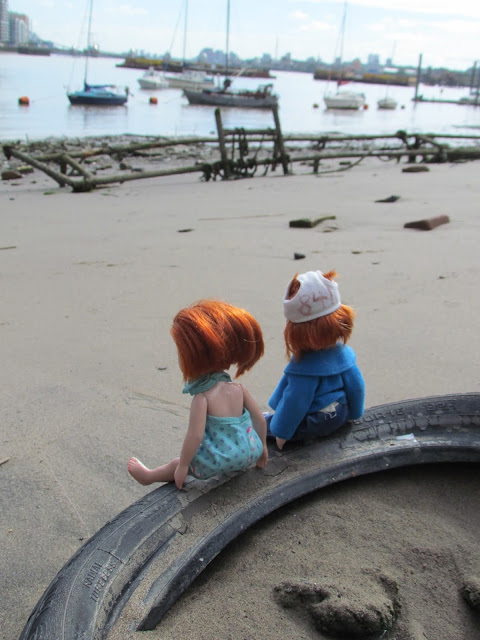 Looking down, an important skill in mudlarking. 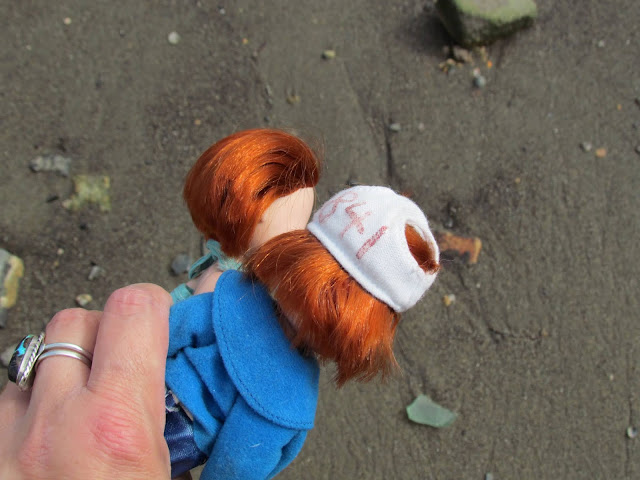 This is the building used by the wildlife centre. There are water areas and a stream/river? Not sure but there is a board walk that goes through the middle. It is really lovely. There are flats that have balconies on the water. I would love that. 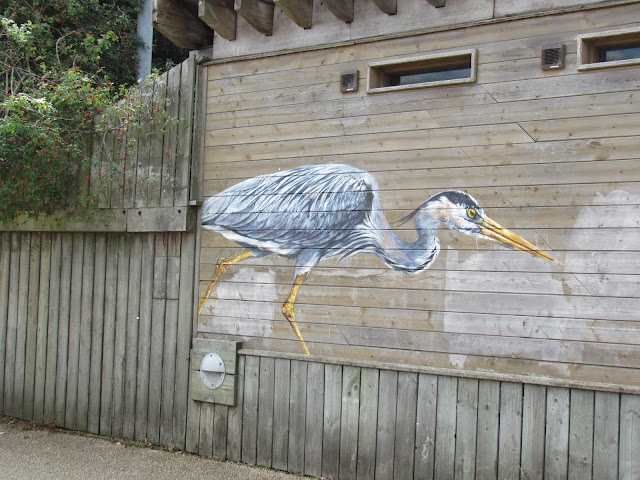 Herons are pretty common, and for such a large and impressive bird I am grateful for that. There are also coots and moorhens in the water, ducks and gulls. There are always crows on the foreshore, eating the tasty worms in the mud I presume. Not sure if it is a gull or a tern. 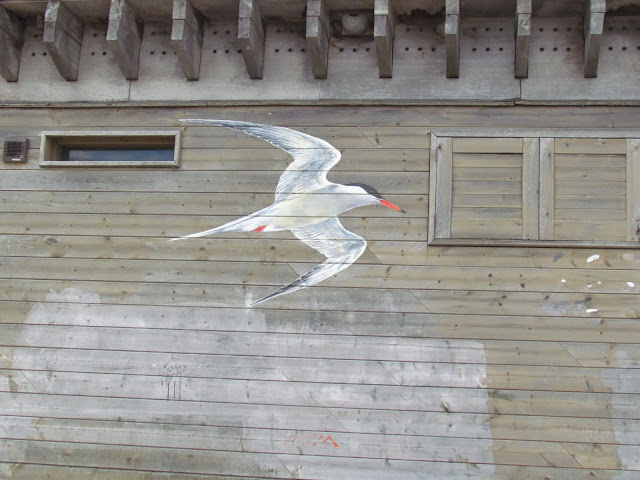 Here is the man. At first I thought he was a well prepared mudlark, but after watching him for a bit, I think he may be a boat owner. He seemed to be pulling a chain from the water and coiling it up. He used the boat hook to test the depth of the mud before he stepped on it. If I see him again and I am nearer I will ask him. 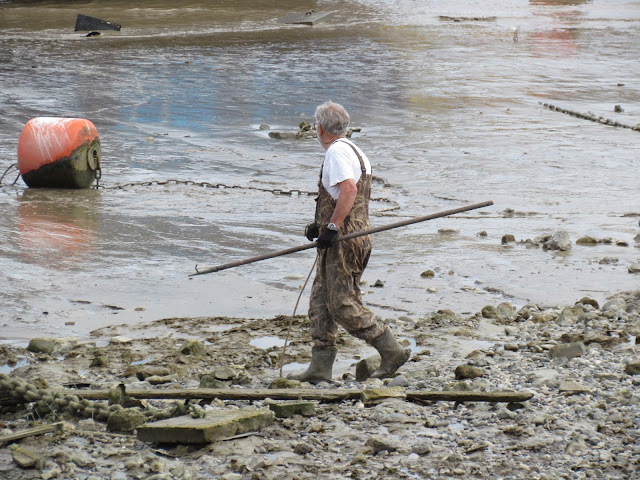 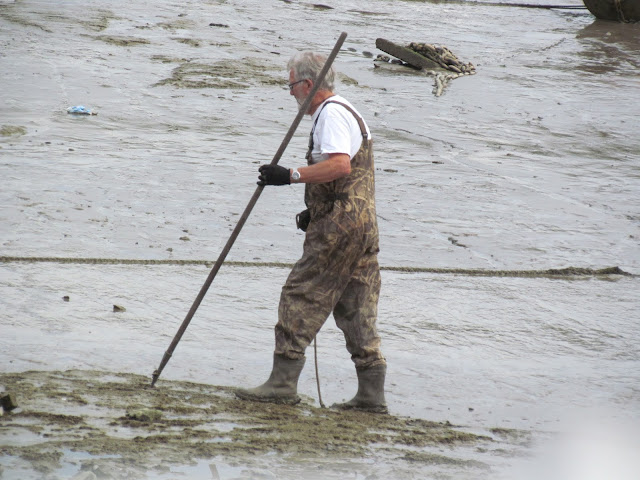 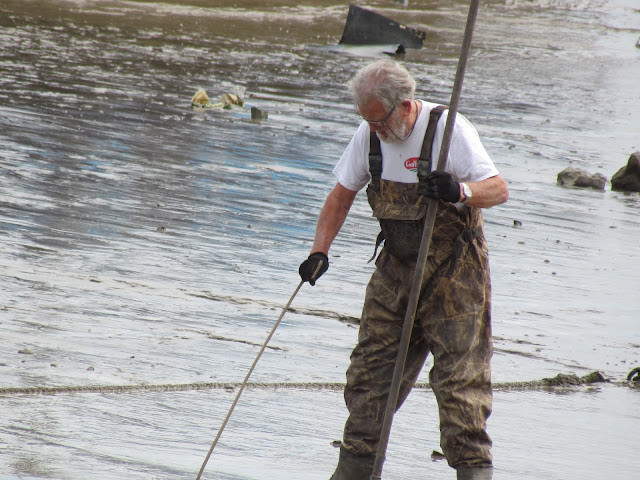 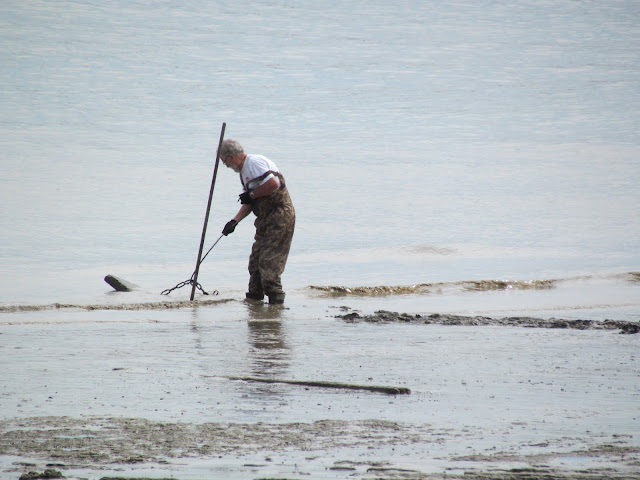 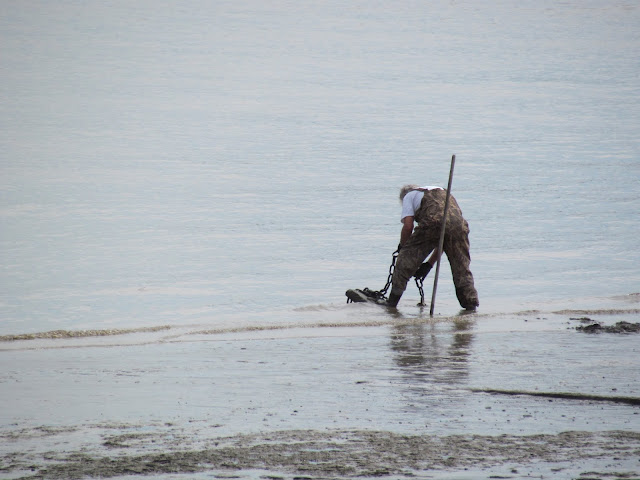 Splendid outing for the dollies, They have something to write home about!
The man in the mud has a peculiar job, glad he has assistance, You and the girlettes would certainly be ready to hoist him out of a sticky situation. Good thing- no shoes.
The painted sides of the sheds are very beautiful. What a lovely place to go!

Maybe he's collecting scrap metal? Would it be worth all that work? I wonder.

Love the bird paintings and I'm glad the girlettes got an outing!

The darlings! The darlings!
Minnie and Racer are a bit frightened to think they are foster children and are hoping you will officially adopt them so they can stay forever.
They fit right in---
they're the best Thing Hunters of the pod!

Love the photos of the man at work---that looks like HARD work...