I love the way that things sometimes come together in a coincidental way, and it all makes sense at the time. I bought 'The Big Issue' this weekend. I like this magazine-apart from its obvious benefits, it is full of interesting (and not too long!) articles that I enjoy. The book review section recommended a few things, among which was 'Strands A Year of Discoveries on the Beach'. I immediately thought it must be the book for me, and managed to get a copy in Waterstones yesterday.

"When I say that this place is changeable, this is one of the things I mean. The tides and currents conspire to move and reshape the sand, and in the intertidal zone, a skeletal old ship emerges. The rest of the time it's buried and invisible; people and dogs run over it with no idea it's there. Then, without warning, it rises to the surface. It takes the air for a few weeks, before subsiding into the sand again."

The author is writing about a piece of beach that she explores often-and will soon have to leave as she is getting married again and will have to move. Today we went to Greenwich, and the tide was out, and I wanted to walk on the beach. I did not intend to beach comb as I have loads of stuff I have taken from the Greenwich shore, and surely no room for more. But there were bones. They were fascinating in their abundance and in their shapes. I could not help but pick up some to take home. I took photos of the many bones I saw. I have never seen this many all together. Victorian tips are the source I think. So many bones all together. My point was, in this rambling post, that I have not seen that before, despite the amount of times I have visited the Greenwich shore. Different things get washed up at different times. The same as the ship wrecks on the beach described in the book. One time we went down to the beach at the Peninsula, and there were hundreds of large old iron nails. Each time is different. 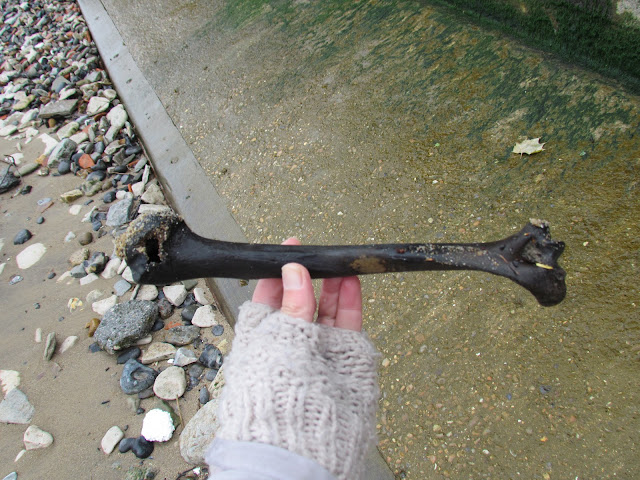 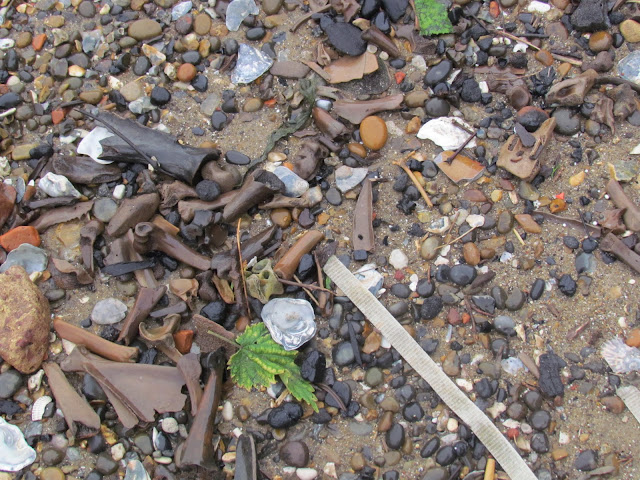 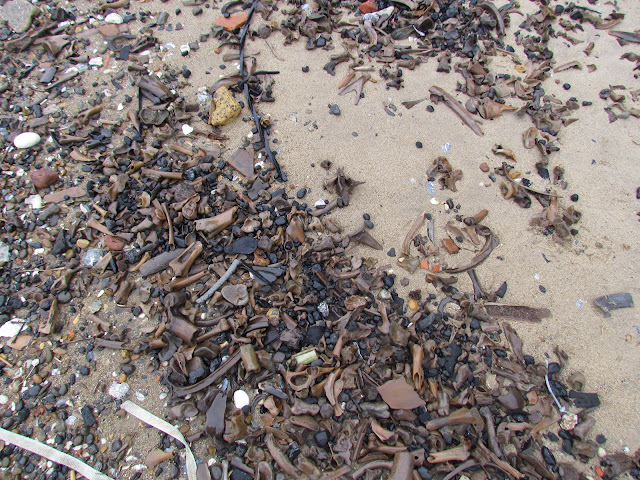 The museums we visited were Sir John Soane's Museum, in Lincoln's Inn Fields, and The Hunterian Museum, the other side of this large square. The first is the collection of art and antiquities of Sir John Soane, collected over his lifetime, and displayed in parts of his home. He was an architect, responsible amongst other things for the design of The Bank of England, and The Dulwich Picture Gallery. The museum opens parts of his home which are as you would expect, elegant large proportioned rooms. And then you wander into the museum part of the house and it is just amazing. It is not a big space, if you compare it to the more normal museum proportions, and it is utterly crammed with statues, busts, reliefs, a huge sarcophagus, and all manner of fascinating things. Larger stonework and casts are glimpsed out of the many windows giving onto little enclosed courtyards. There are mirrors and coloured glass windows, and little domes of glass high above you. The use of space is so clever. Strange perspectives and views open up, and there is a magical feeling that you are discovering something for the first time. It feels mysterious and ancient, which is just right for the artifacts on display. Cameras and electronic devices are not allowed, and although I was sad not to be able to take any pictures, the quietness adds to the experience. It was not busy when we went. You have to either leave your bag behind or carry it around in a clear plastic bag. A member of staff greets you outside the building and you wait until some other people come out. It is all strange and wonderful. They do a candlelit opening once a month which I really want to go to.
The Hunterian Museum was an accidental discovery. It is part of The Royal College of Surgeons. We went in, expecting something scientific. It is incredible. Thousands of samples in elegantly shaped glass flasks, sealed with black wax (it looks like) and labelled with a name and number in beautiful script. Beautiful science. John Hunter was a surgeon who, over his lifetime, collected these samples on his own travels and from other people too. There are many human samples, incuding babies, as well as plant and animal samples. We were in there for a long time, wandering around in wonder.
Posted by Sarah at 05:38

Wow, wish I could see this! So many wonderful things to see in England!

OH SARAH! That is SO cool! and the beach covered with bones- Beats Harrods hands down! What a fabulous day! Next time I am in the neighborhood I must make a point of going to all of those wonderful places...and more- that should take me a few years- I could manage!
Thanks for letting us hang out with you- I am afraid Bellingham is such a snooze...BUT! Dexter lives here! so...
I miss England- I miss you- I even miss your kitties and didn't even meet them!

I like to find interesting bits of china on the shore. We did the fascinating Soane/Hunterian museums last summer, on a beautiful day. Certainly was good. And we wandered around Lincolns Inn in the morning - it was hardly like being in London at all!

Isn't it amazing how the moon makes the tides that mix up the sea and the stuff in it to keep constant change happening on a beach? The rocks and weeds and miscellany you found are fascinating. Although that first big bone looks very human-ish. Spooky and fun at the same time.

Strands is also BBC Radio 4's book of the week this week!! (You can listen to the first 2 parts here http://www.bbc.co.uk/programmes/b006qftk) So another coincidence!

Oh! Thanks for that!
And yes it does look a bit human now you come to mention it! Hopefully it is only bovine though!

Oh - those bones are creepy!!

Did you see the tomb of the dog, Fanny, with 'Alas, Poor Fanny' written on it? Hope you had a good BAnk Holiday Sarah! xx

What a find! What are you going to do with the ones you gathered up?
I stumbled upon a pile of salmon bones on the beach in the small town of Port Hardy (north Vancouver Island). The eagles would catch the fish, fly to that spot, eat the fish, and leave the bones behind. Kind of eery.
I'm off the check out the museums. Bye.