A rose I saw on the way to the Royal Crescent. 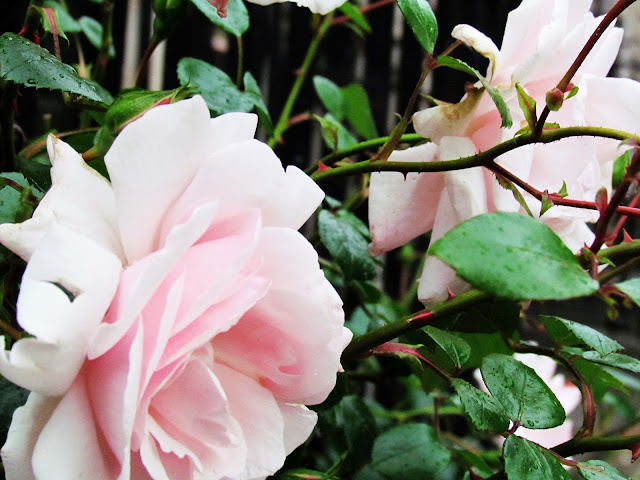 The ivy has grown over the columns of this grand building, and looks just right there. 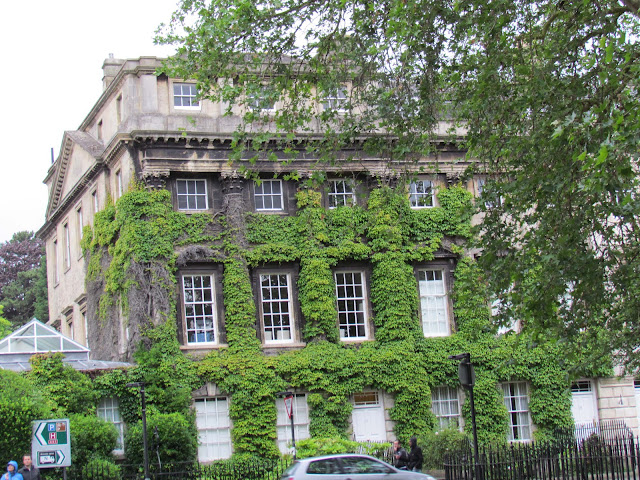 These lions guard the approach to the crescent. When the clock strikes thirteen, they are said to kick the golden balls to each other. 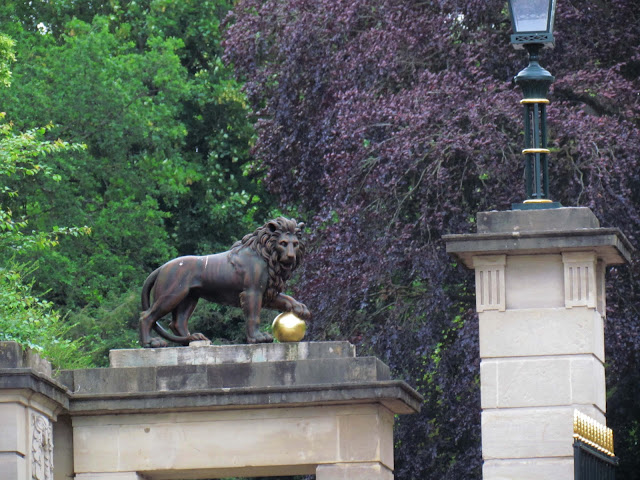 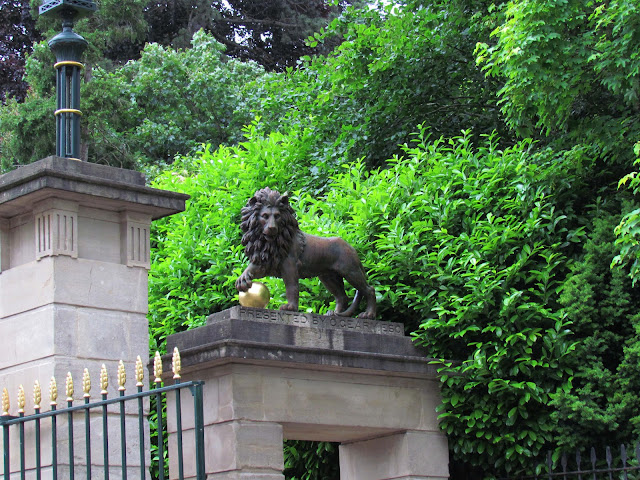 The rain was really quite heavy by now, and this begonia (is it a begonia?) looked jewel like. 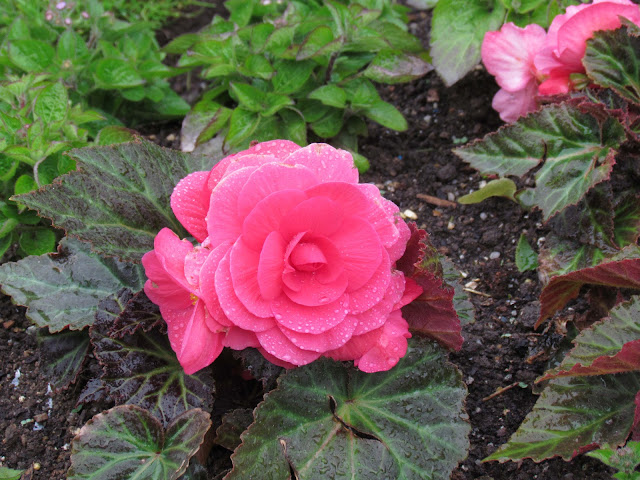 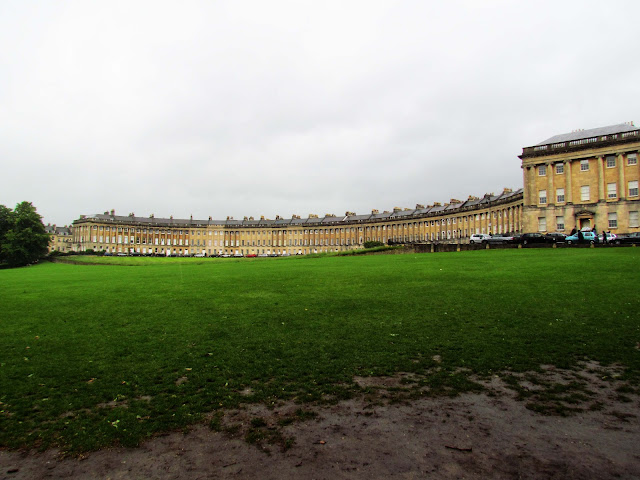 Taken from the shelter of a tree. This is the only shot I managed to get of the whole thing. It is very imposing and had a strange feel I thought. Maybe the way that it has this huge grassy space in front of it. Luxurious really, in the overcrowded modern world. I found out that the architect, John Wood, designed the facade, then people bought a length of frontage, and had their own architects design the back. So the back is higgledy piggledy compared to the uniform front. Some houses are one house, but have two front doors, as the owner bought a longer piece of crescent. I wondered if they are still whole houses or divided into flats. I can't imagine what one would cost! (If this link is still there-this much! (£4 million more or less) 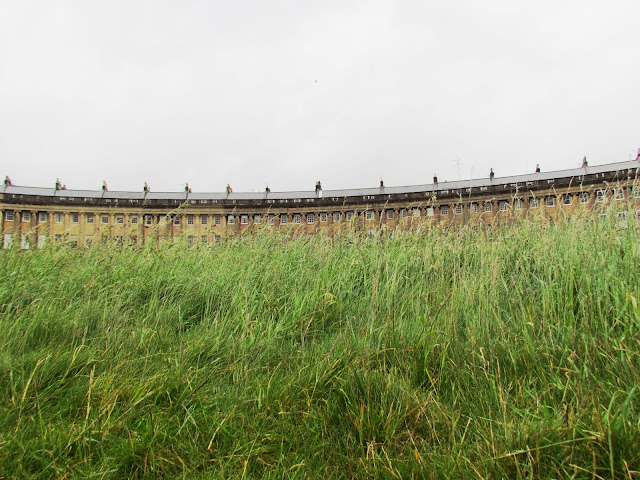 We walked across the grass, only to discover a ha-ha and some unfriendly, keep off the part of the grass above it signs. The top part is residents (and birds I observed!) only. I liked the view through the long grass on the wall bounding the top lawn. 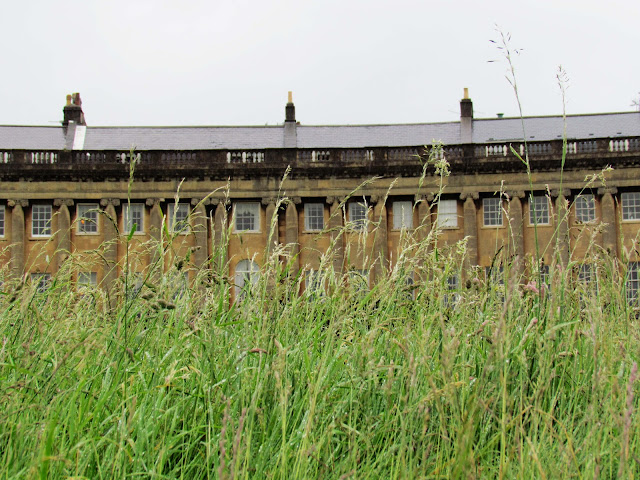 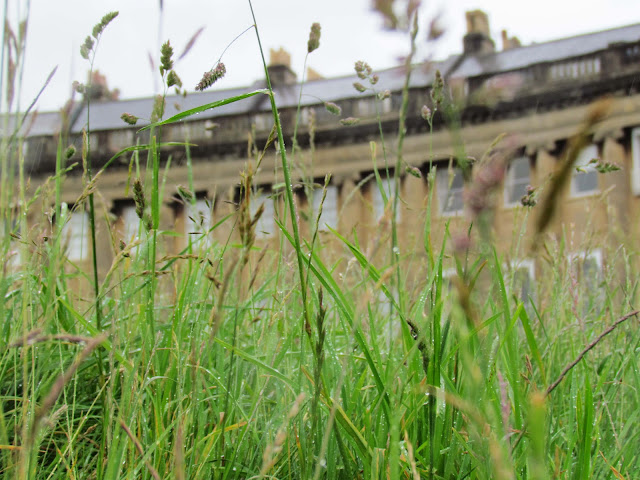 The Pearlies insisted that they wanted a picture in front of another royal area, but look a bit disturbed by the size of the place. 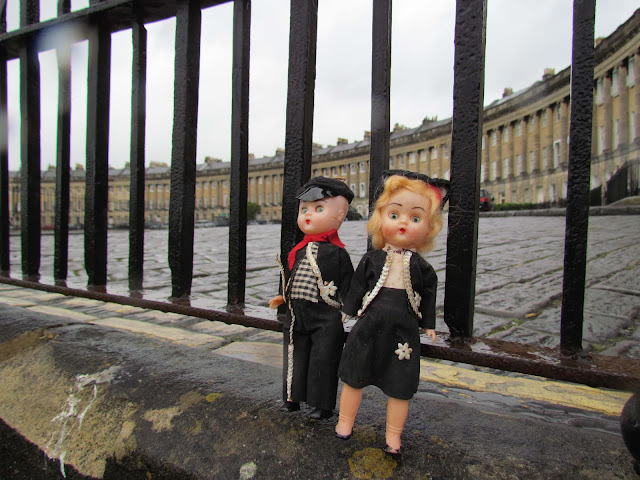 So disturbed that they jumped! (I didn't notice this until looking at the photos later. Spooky!) 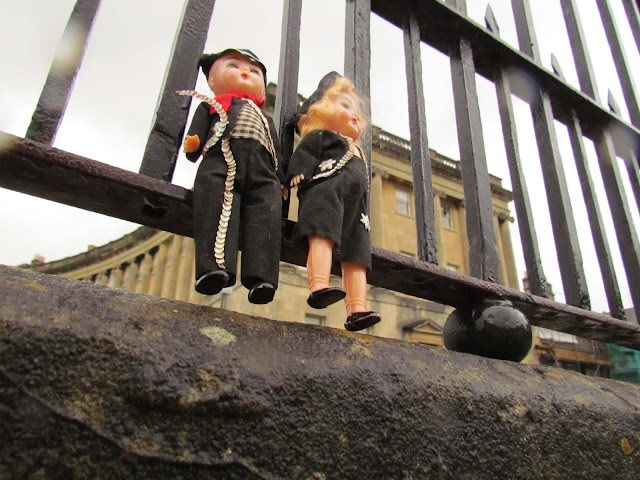 I was interested to read that the design of the crescent, and a nearby circular road called the Circus, represent the moon and the sun, masonic symbols, as John Wood and his father were interested in  occult and masonic symbolism. There are two more streets nearby which, along with the Circus, form a key, another masonic symbol.
Well, another week is over, I don't know where this one went! I need a weekend of doing little jobs and tidying up, how dull! Hope you have a good weekend, whatever you are up to.
Posted by Sarah at 14:55

Love, love your posts on Bath. maybe I'll get myself there for a short break. Funny to think we have a crescent and spa waters and we do bugger all but let it all rot. I think the doctor's door is beautiful.

I love the Pearlies jumping - what fun:-)

The shots you've taken through the grass make the Royal Crescent appear almost like a prison - lots of room for speculation there!!

What a cool place! Just looked it up- what a history! Wish I could have gone with- you and the pearlies have all the fun. Love the surreal shot of them levitating. Thoroughly enjoying your holiday.It is not all together wonderful to be back in the states- in fact- it pretty much sucks. Thank you for making it seem as though we are along- your photos are great! Golden balls, now that is something to ponder...

Super though the grass photos!
You really do make me want to go to Bath again!
I wonder when you get to finish with school?

So much have loved your postings from Bath, Sarah! The Royal Crescent is is imposing, but wonderfully grand too. I wonder what they look like on the inside, the apartments. I love the history behind the Circus and CresCent--fascinating! The Pearlies looks like they had fun on the trip too. ;o) Happy Days ((HUGS))

Thank you Sarah for the visual holiday in Bath!
I hope the Pearlies are okay. This sort of jumping is not a good pastime! Oh I am glad to be able to spend time reading blogs again after weeks of painting, painting, painting. xo

Such a beautiful place!