These are my favourites or the most interesting out of the rest of the bird photos I took. 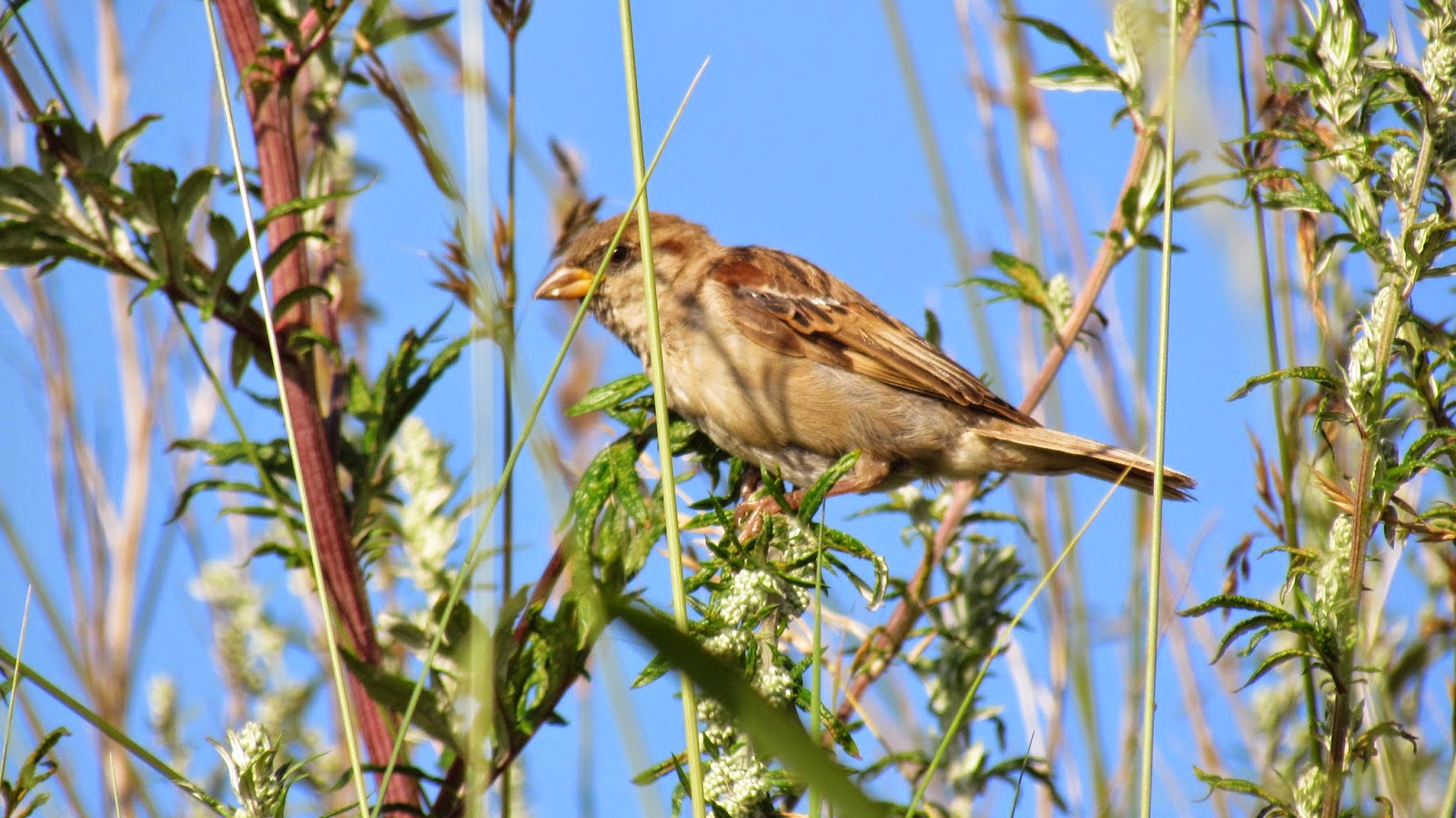 A sparrow I think. Eating seeds on plants at the edge of the dunes. 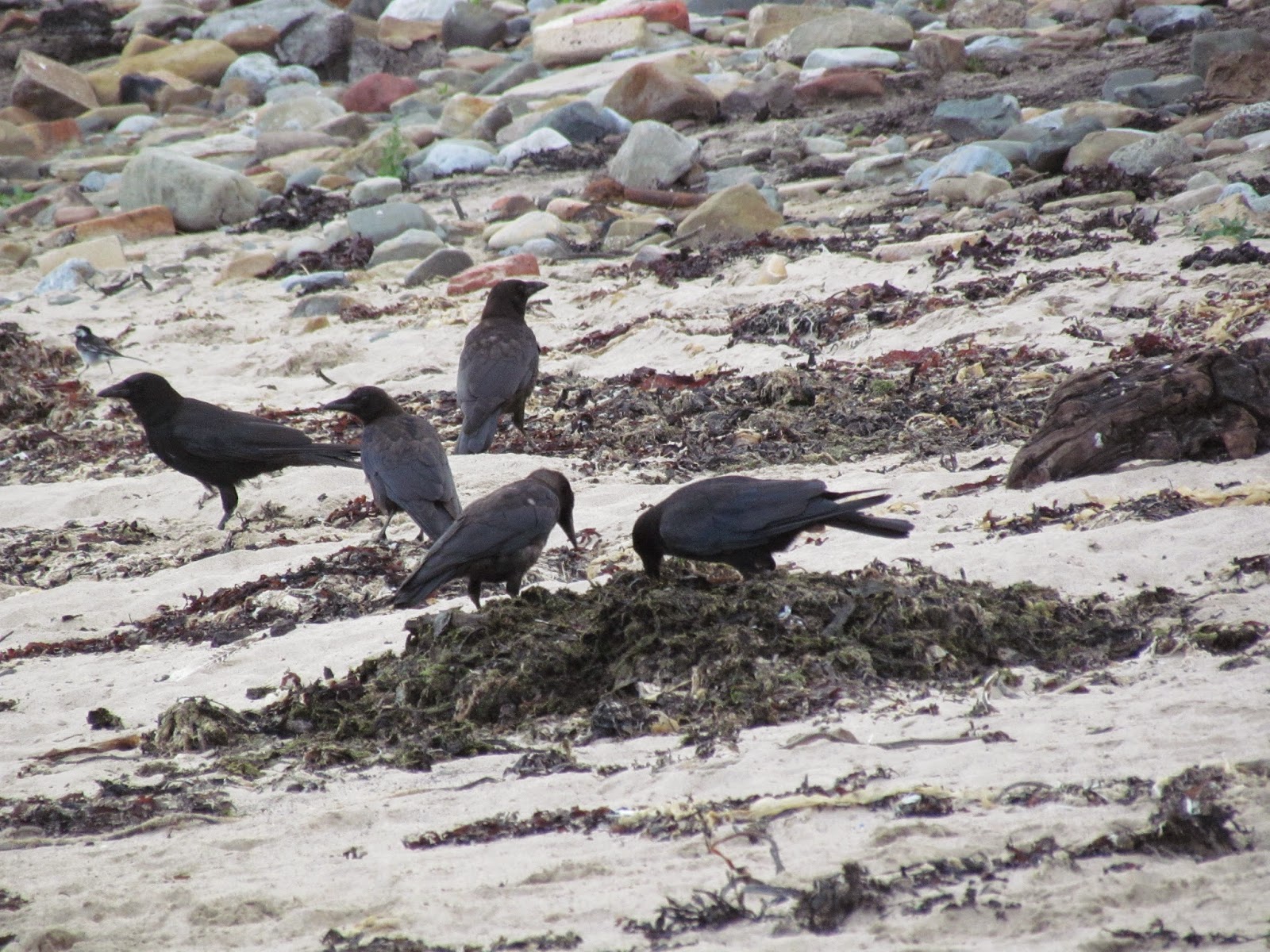 Crows tucking into something tasty on the beach. And a little pied wagtail in the background. 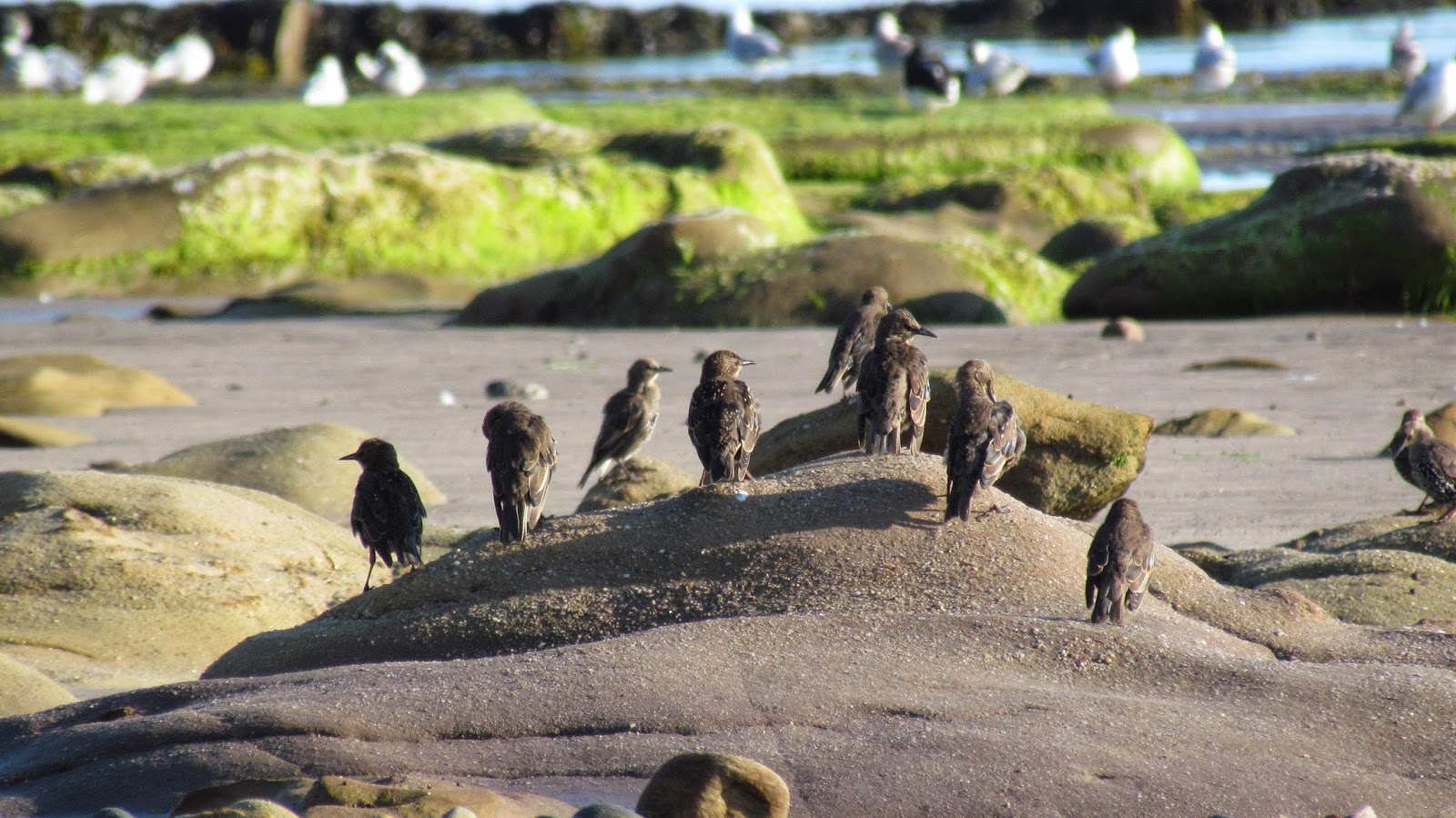 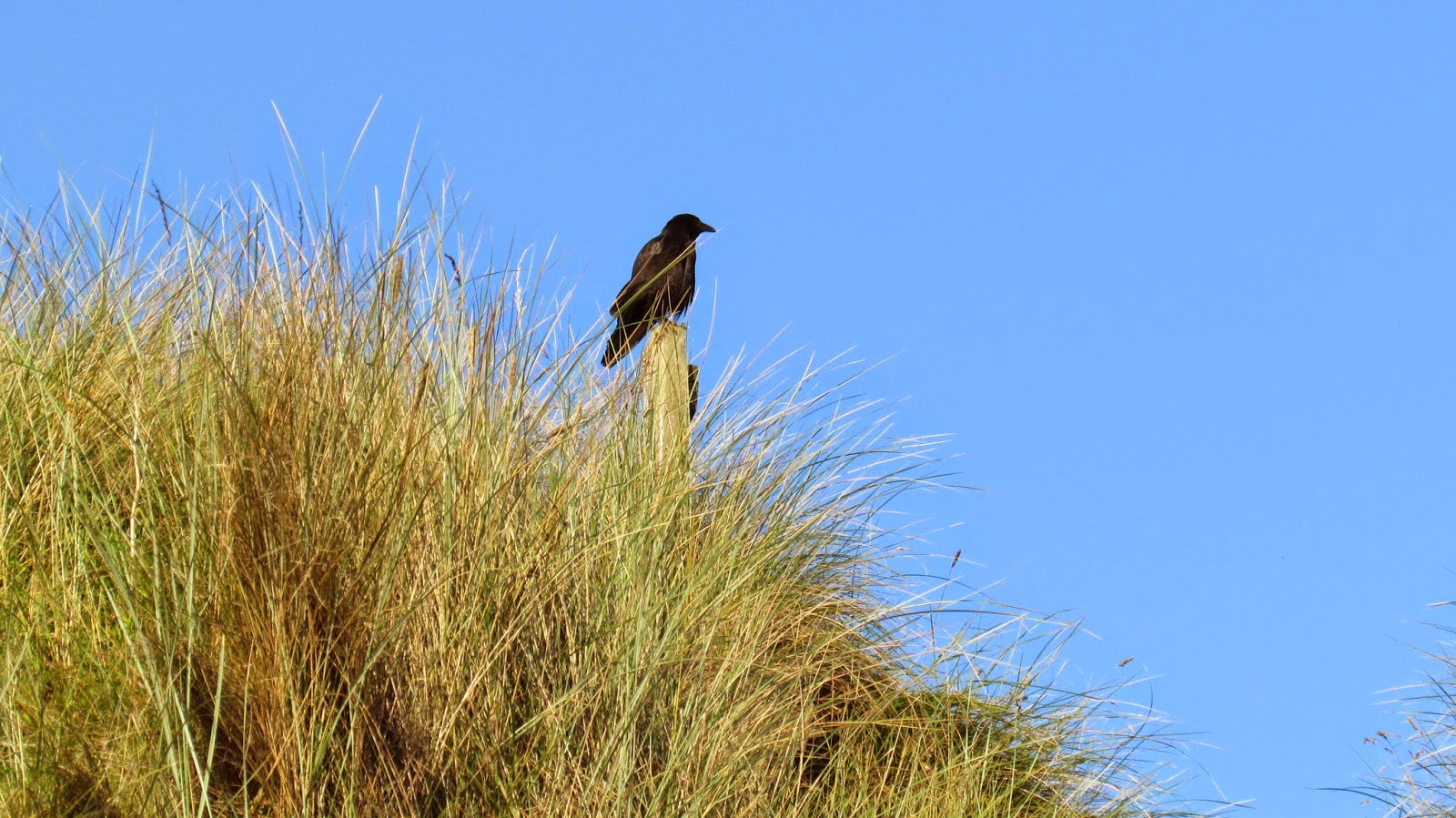 Single crow looking at the beach. 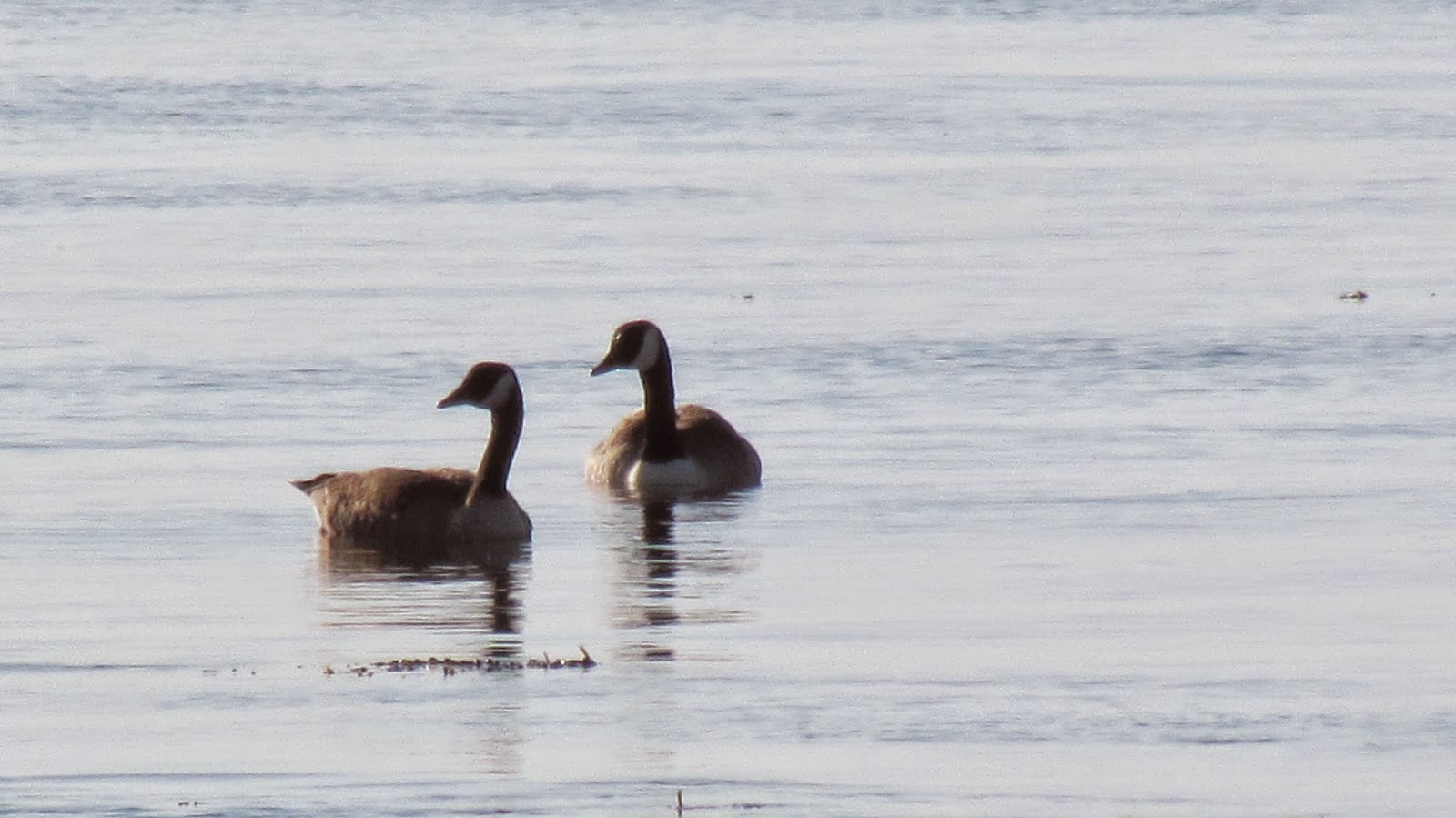 Canada geese on the bird reserve. This is near to where we were staying and has hides. We spent about an hour one evening watching and listening to the huge amount of birds. Magical. Slightly scary as someone else turned up...his feet crunching on the gravel..axe murderer or bird watcher? Bird watcher who wanted to see the sunset which we couldn't see from there. We made him jump too! 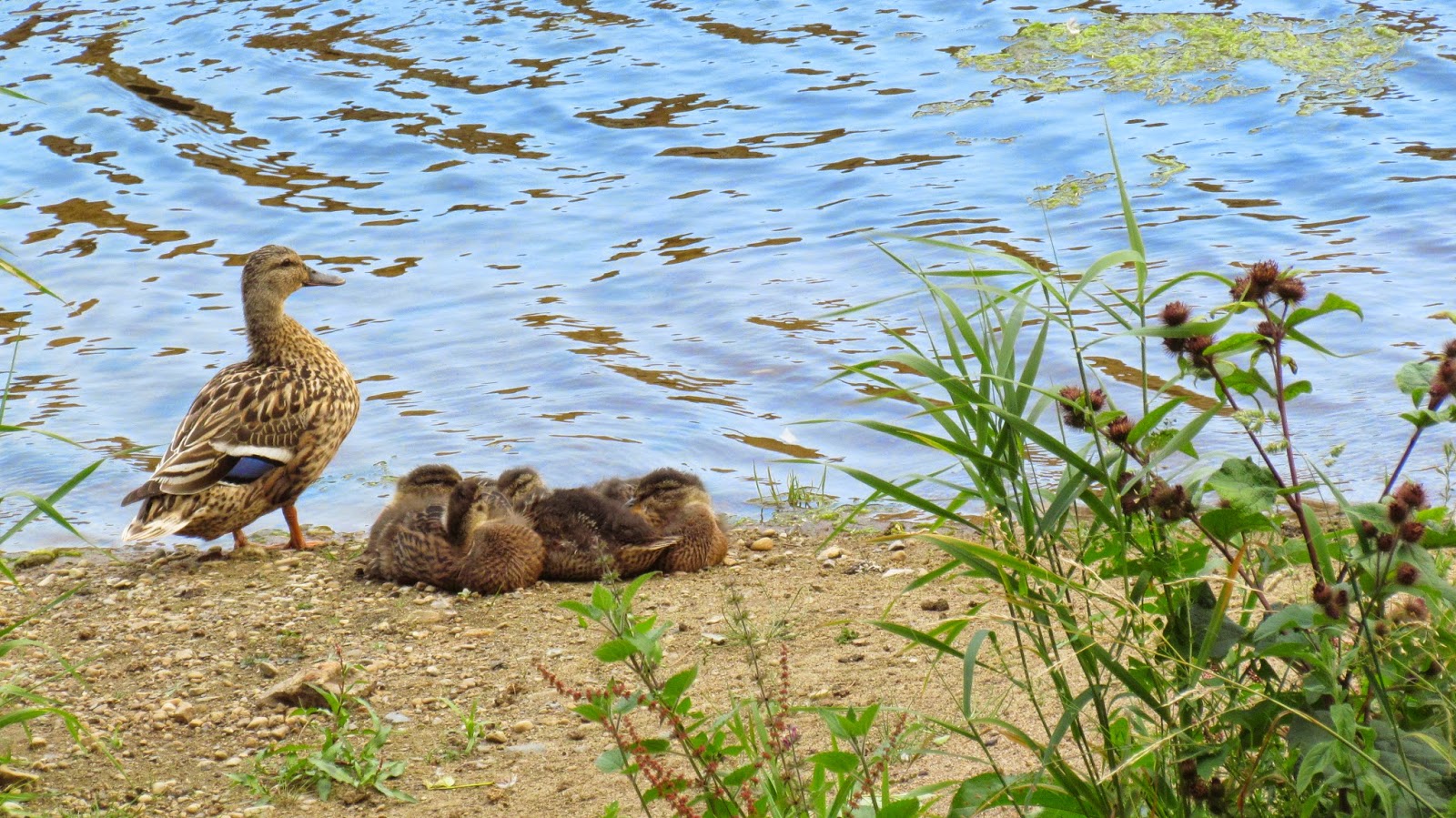 Watchful mother duck and her sleeping ducklings in Morpeth. 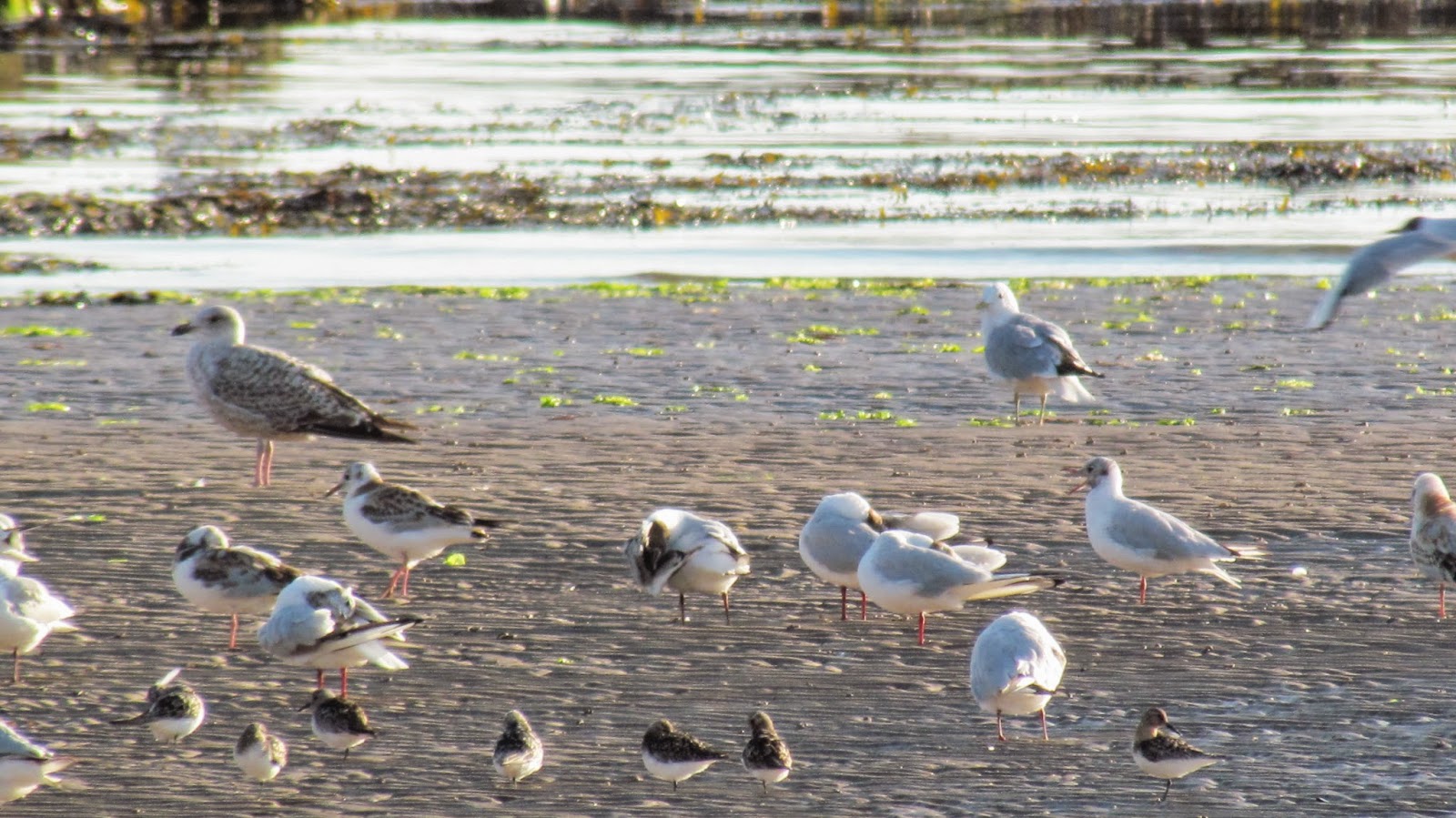 Gulls and tiny birds which run around fast on the beach then fly off and land all at the same time. I need to find out what they are. 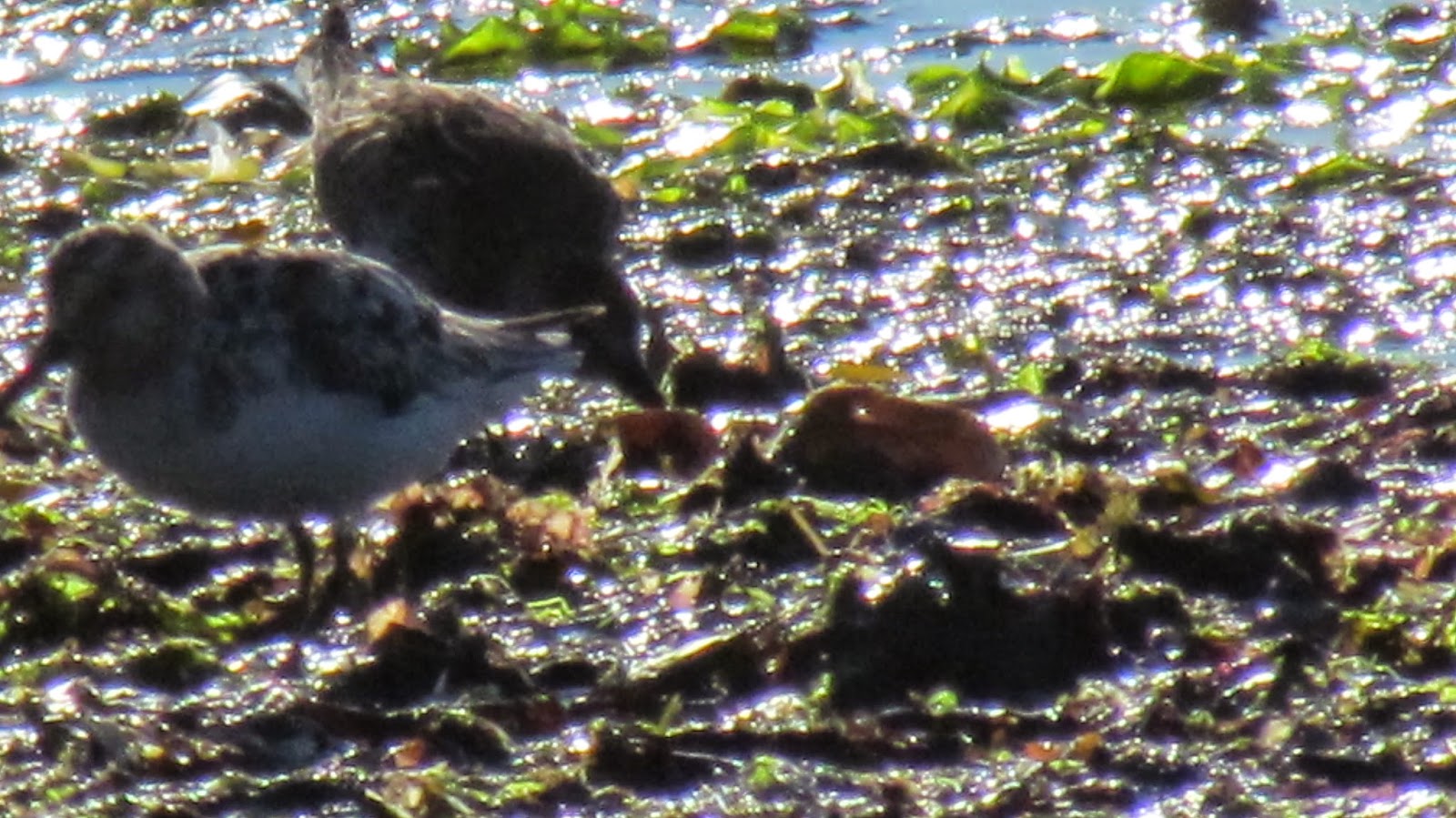 Not sure what this is either. A wader! More geese. I love the icy blue of the water in this picture. 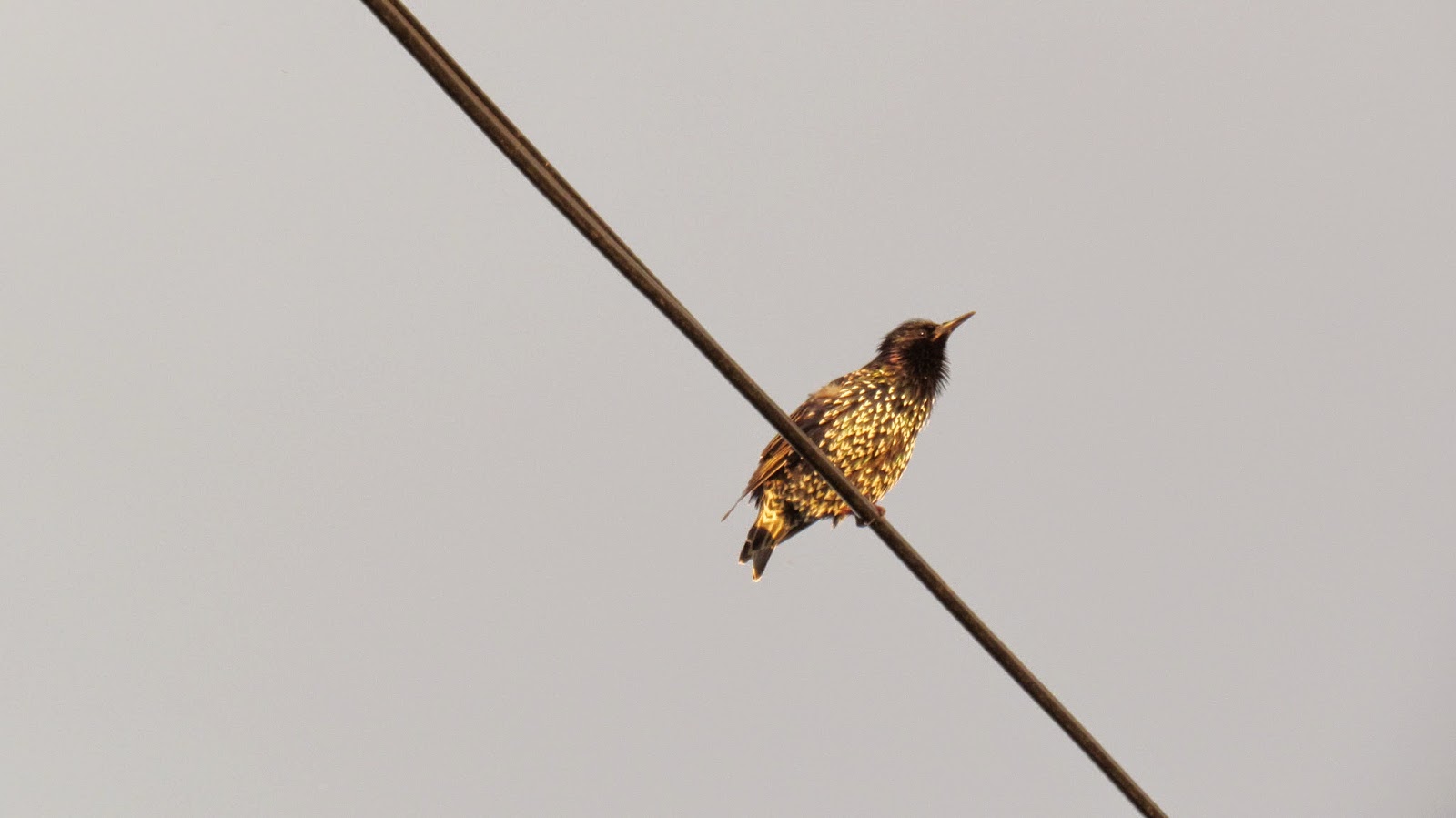 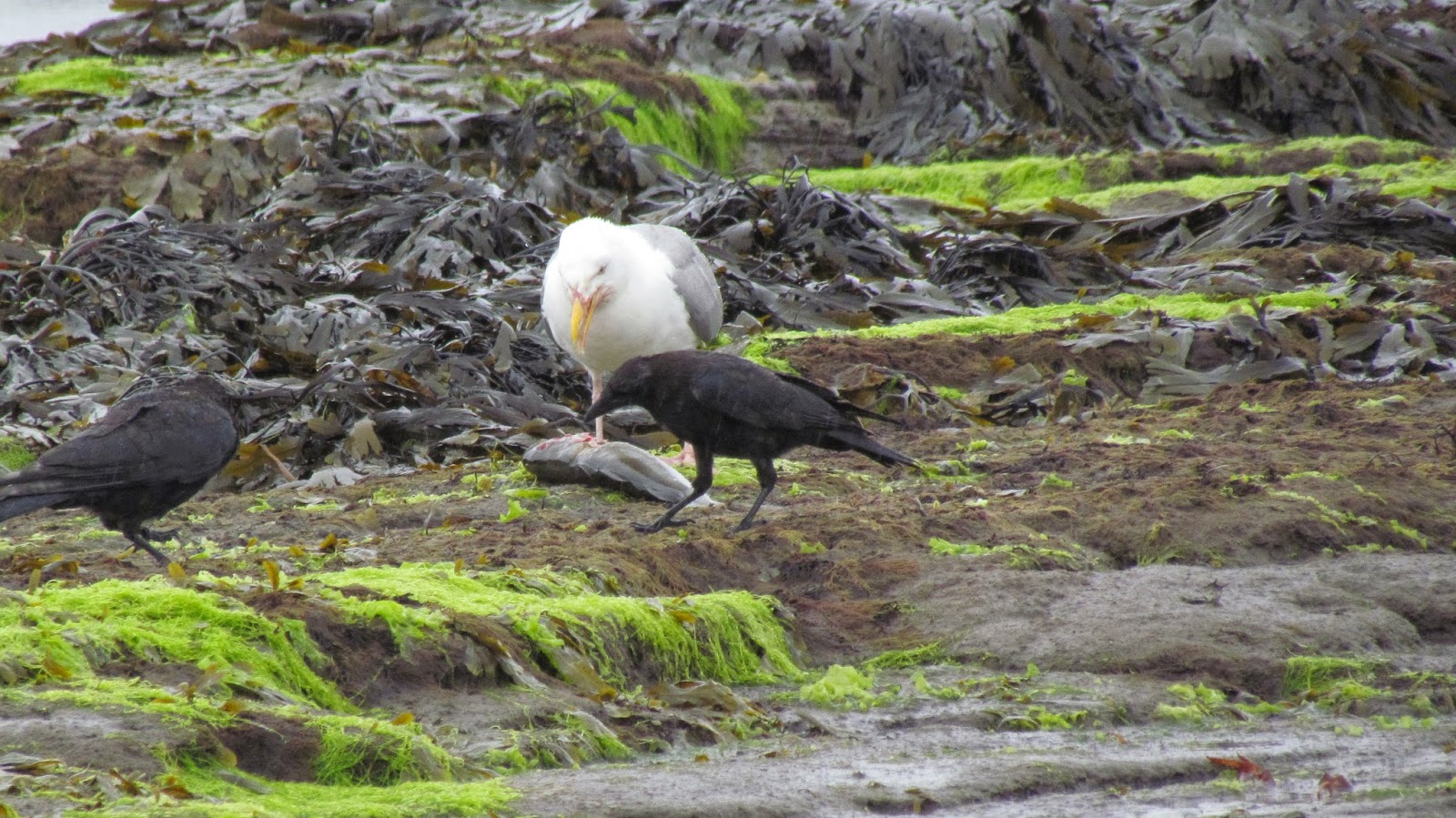 We visited a place called Boulmer on the last morning. It has an interesting beach too. These crows are sharing a fish with a gull. 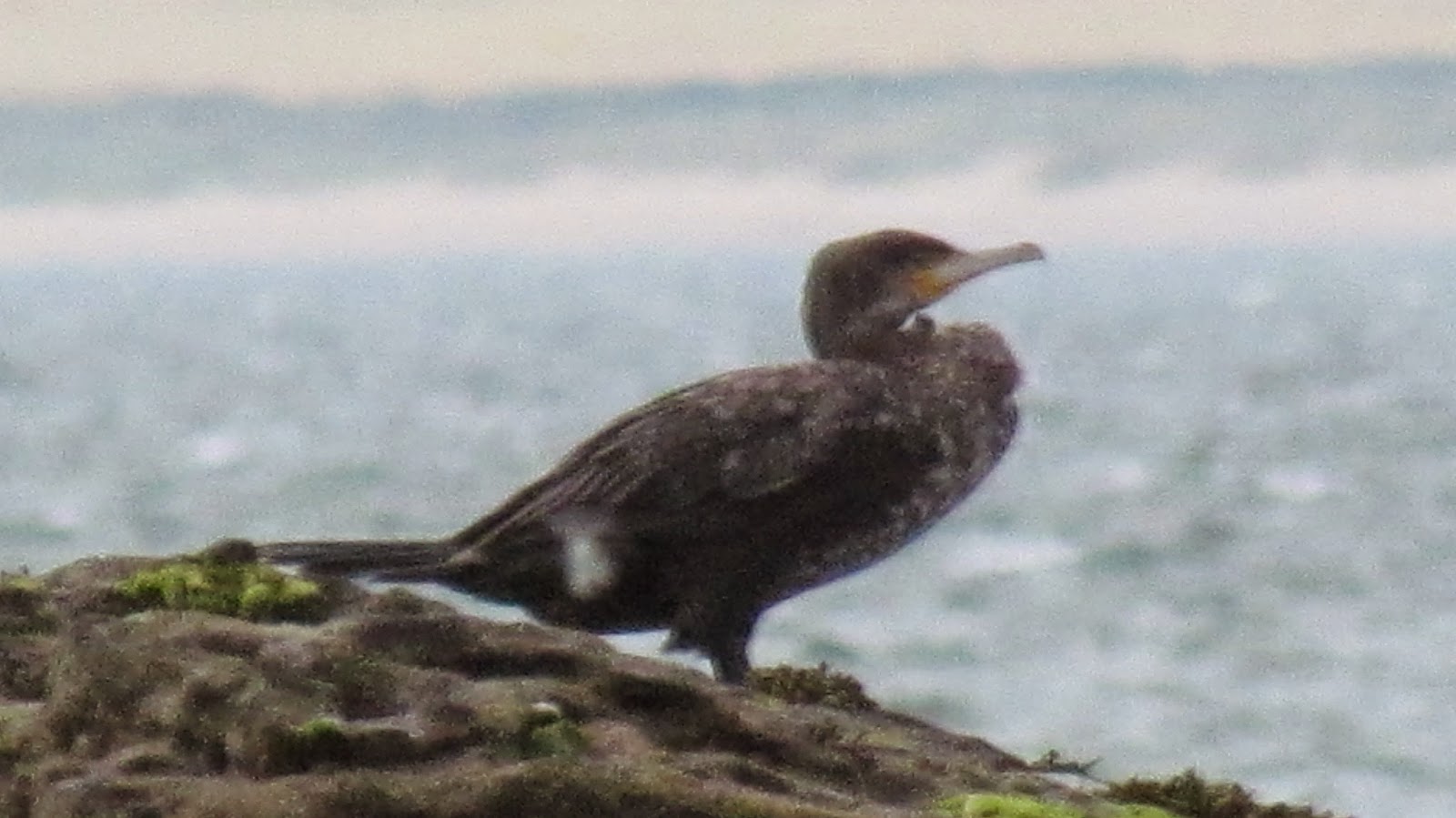 A cormorant. (I think!) This is at Low Hauxley. 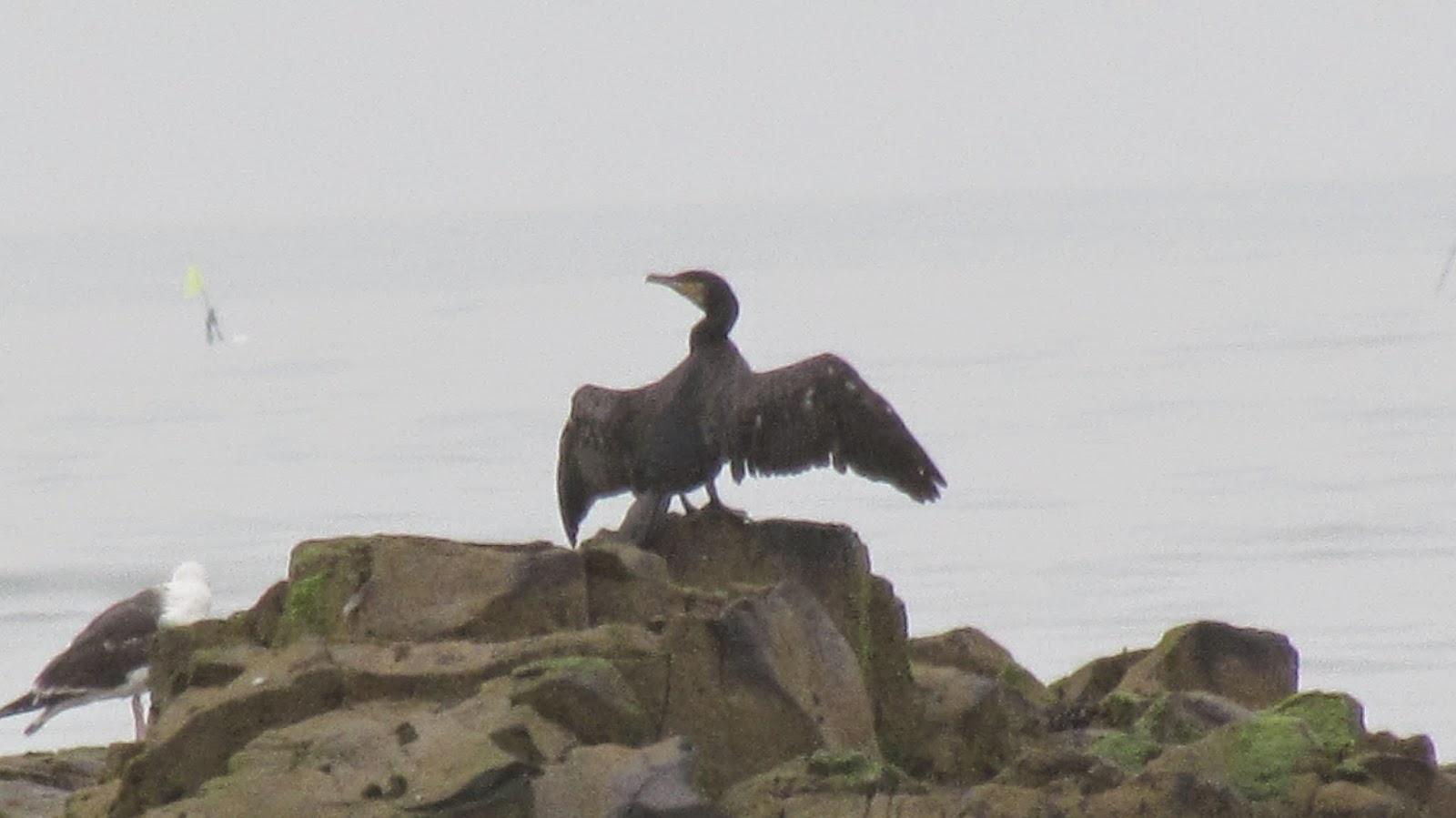 Drying his wings? This one was at Boulmer beach. 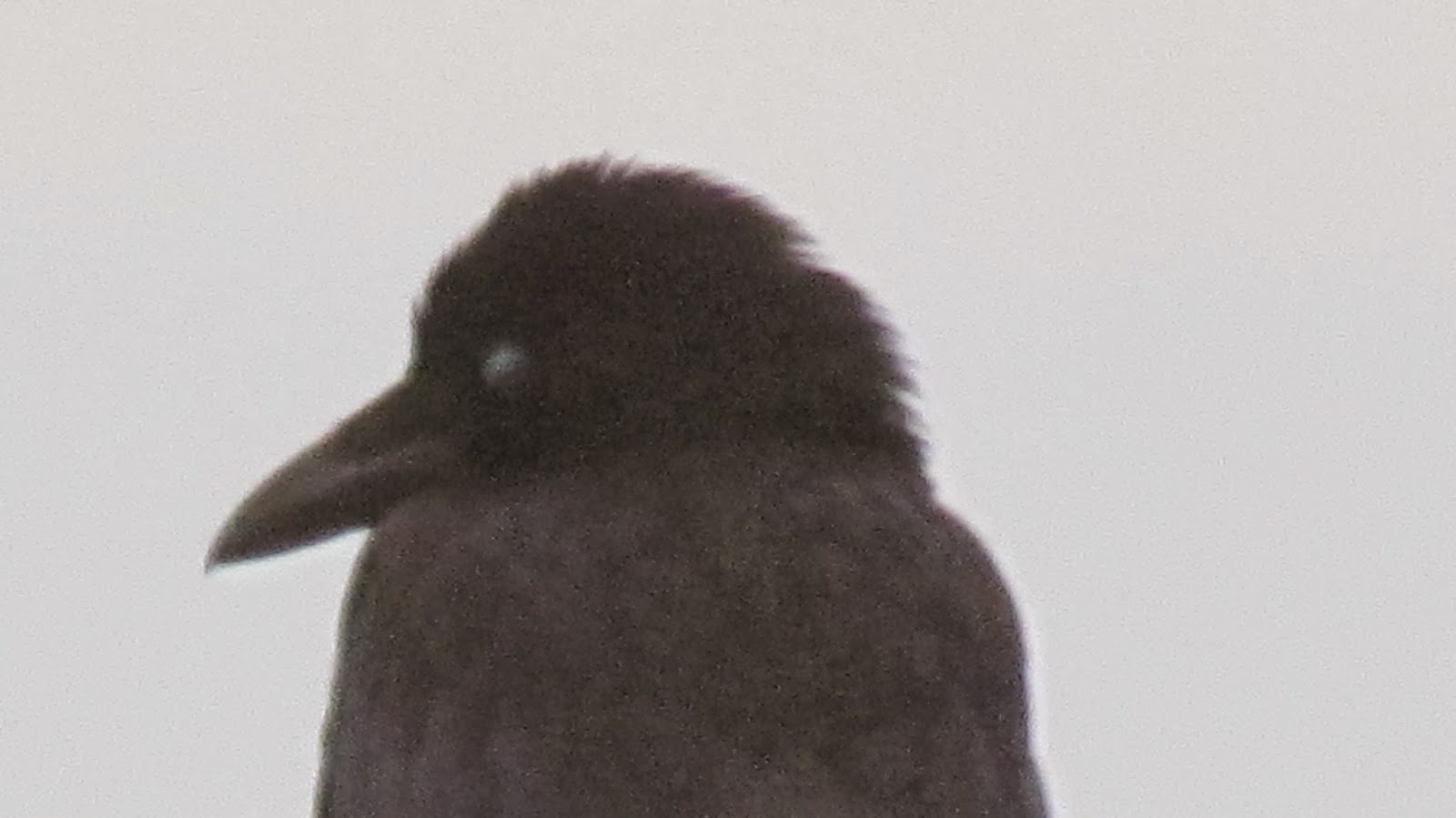 Crow on the roof outside the back of the cottage. He is the one in the photo below. These two were grooming each other. 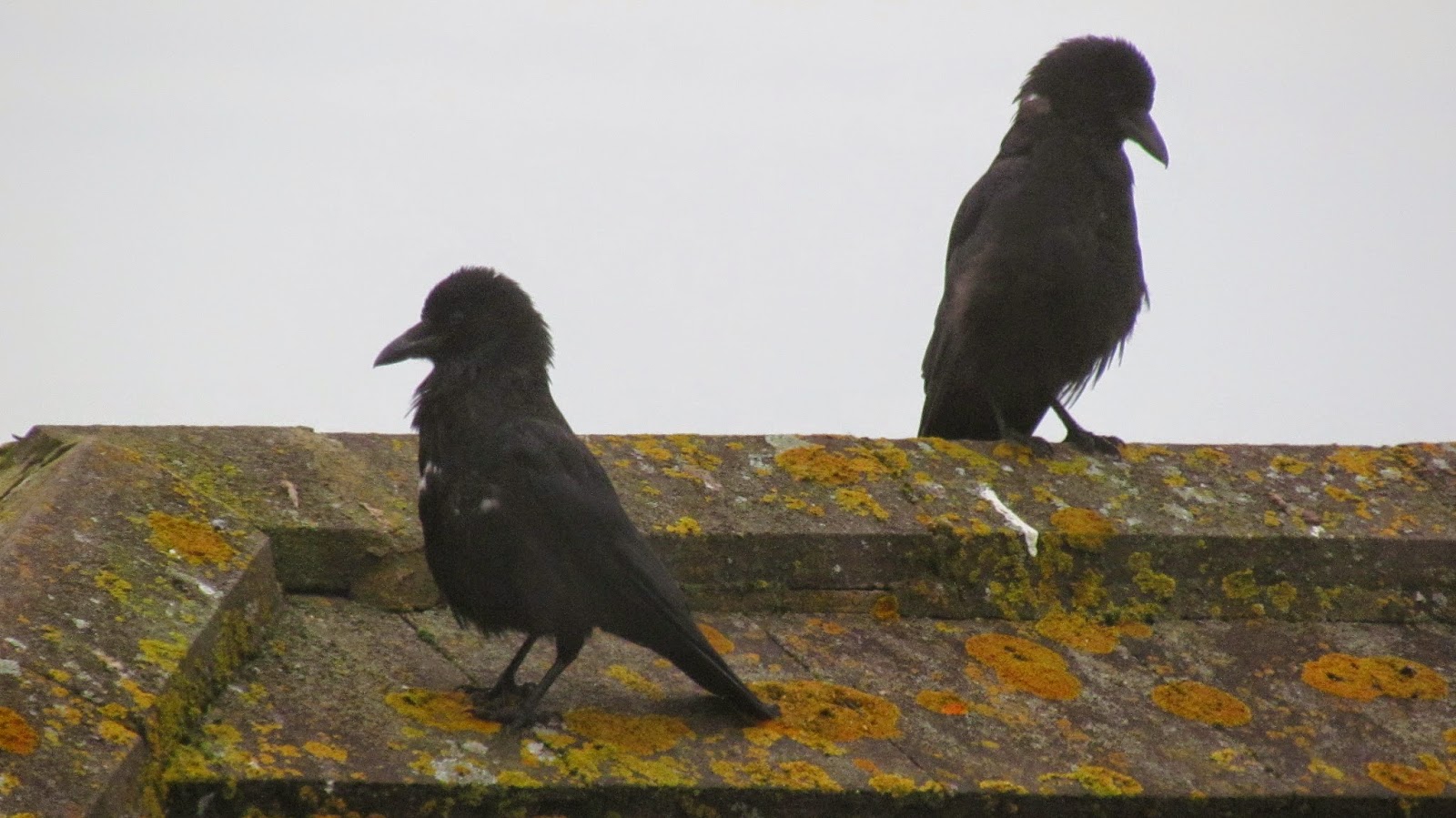 From a distance this looked like some kind of eagle. When it moved again I realised it was two gulls doing an impression! Also at Boulmer. 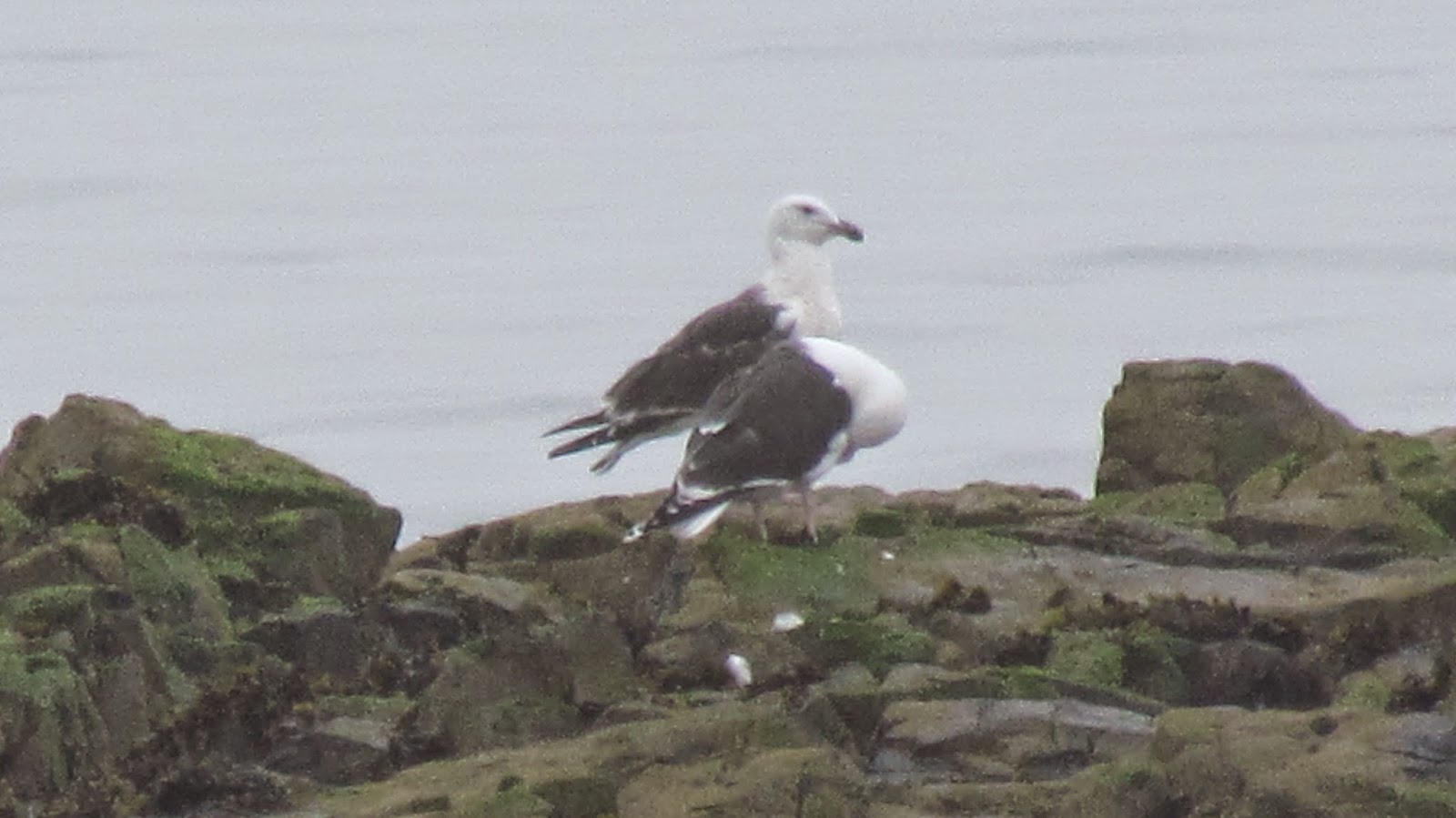 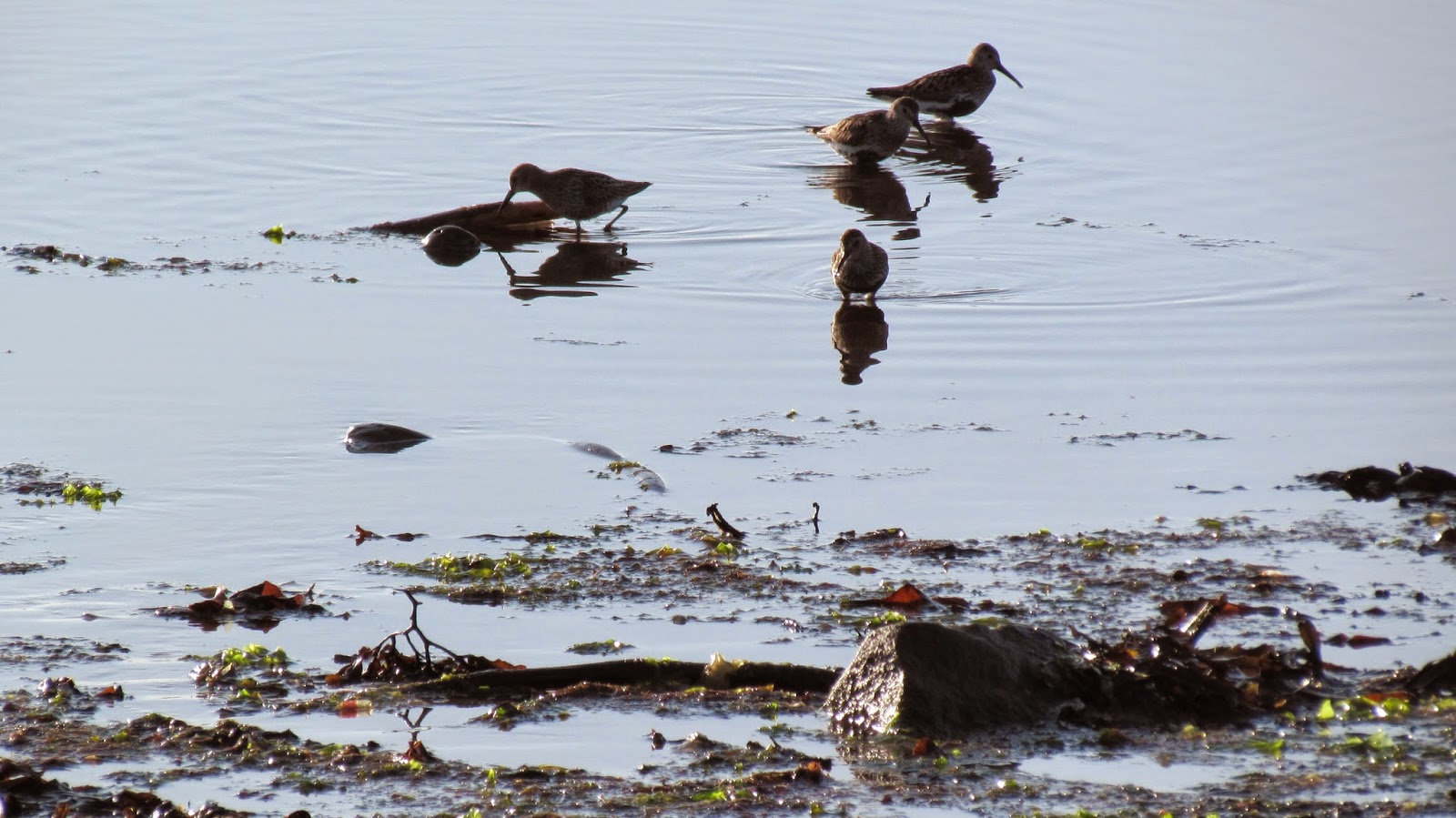 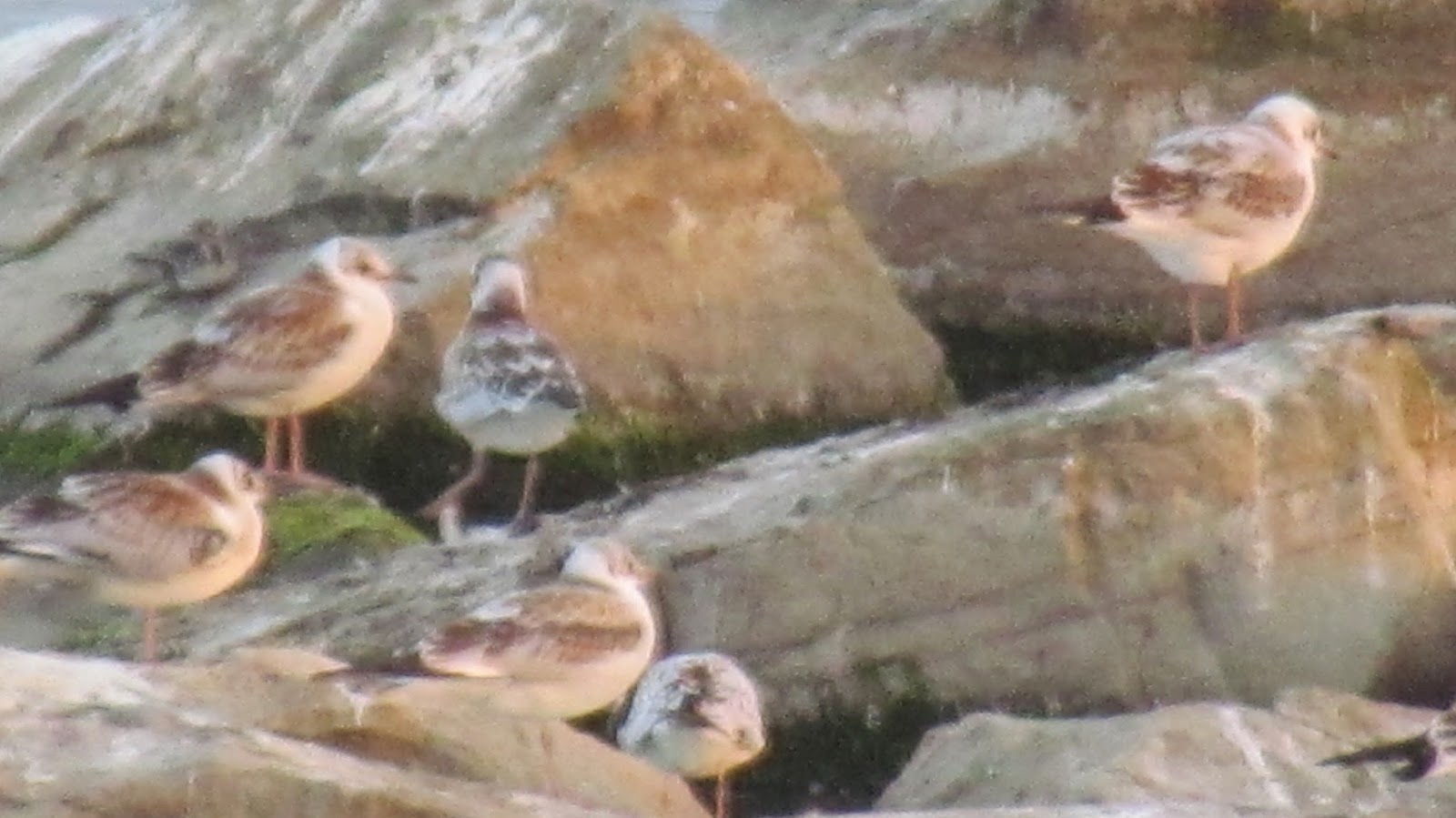 Pretty brown gulls of some sort-maybe young ones? 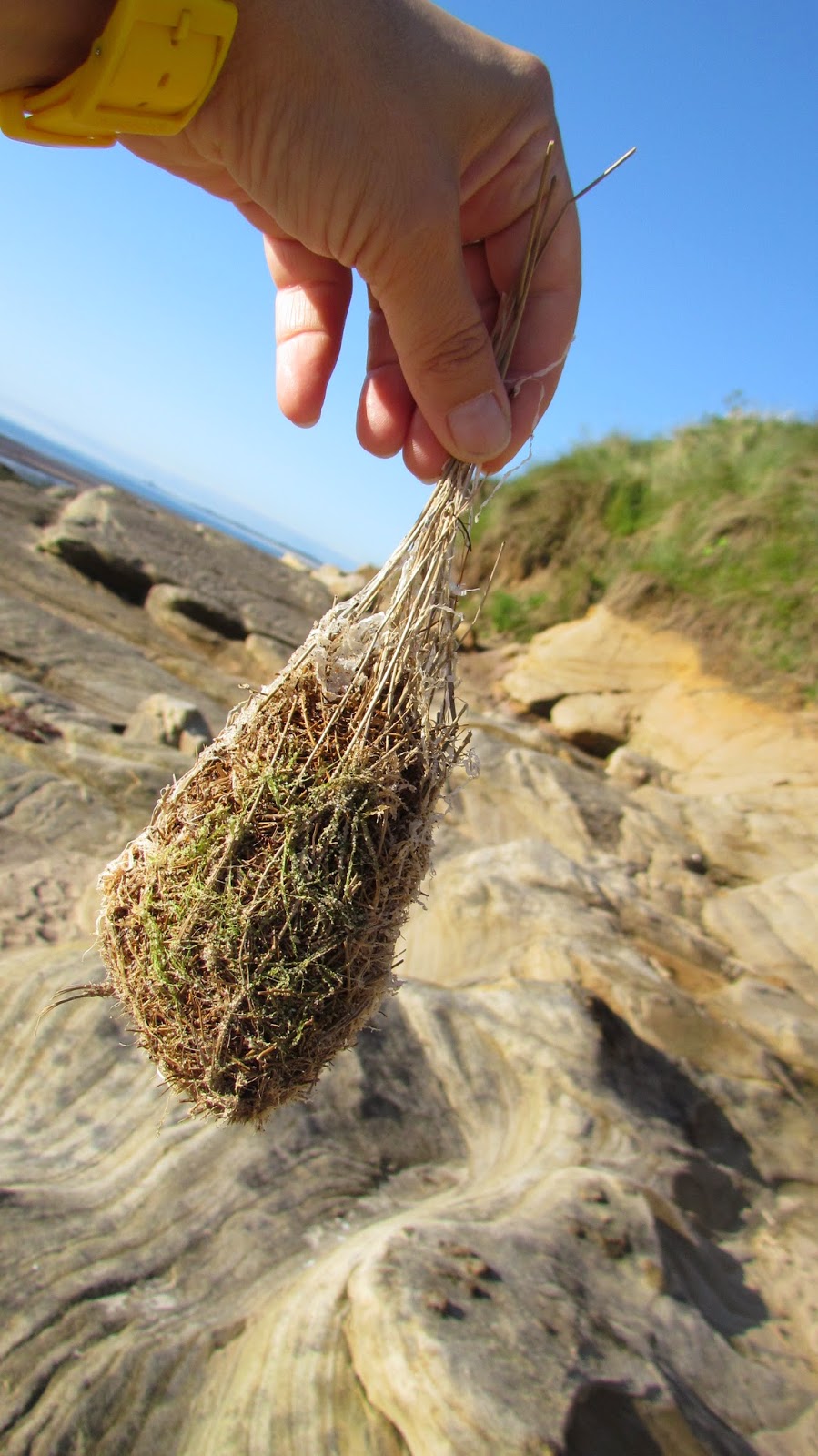 Mystery object. I found another one later in the week. I think they are nests though there is no obvious entry. Any ideas? 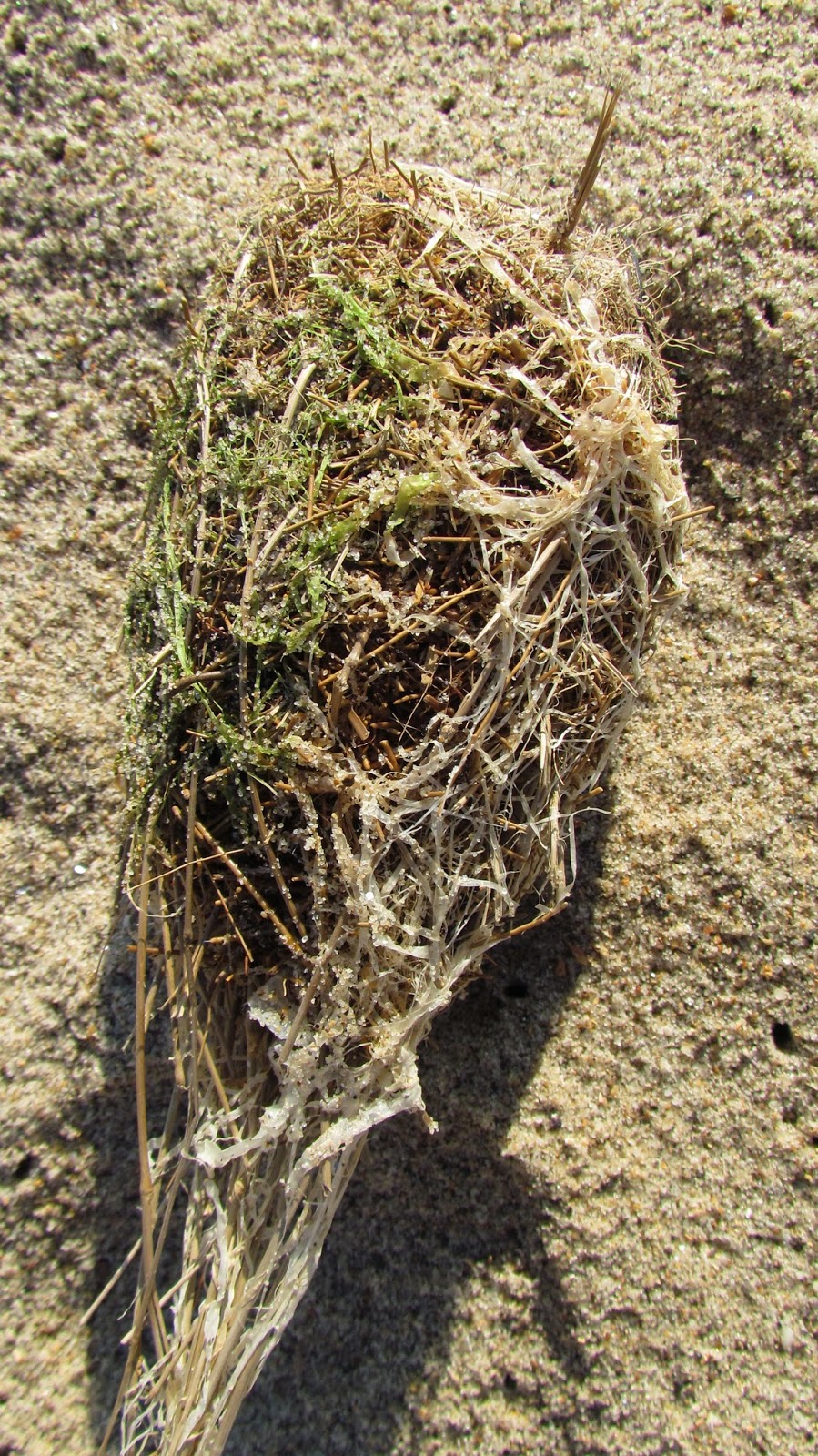 Super photos!! I love the almost an eagle. I have no idea what the mystery object is!

Lovely photos, what a variety of birds. I do love the coloured rocks in the background of the crow picture, too.

I love the mystery object. Now I am dying to know what that really is.