Foolhardy because we set out in a big storm, and were on the motorway in weather that you normally get caught in but don't choose to go out in. Heavy rain that made it hard to see. Cars still rushed along while I cowered in the onside lane at 50. But it eased off eventually. We thought we were going to Reculver for a walk on the beach and maybe a pub lunch. In fact we were going to the place in the photos below. A much nearer place but one we have not visited before. I took the wrong exit off the motorway and we were heading for the Isle of Grain. A romantic sounding name for a place that is, strangely, romantic. Wild and marshy, lying between the Thames and the Medway as they run into the sea. Industrial too, which means good roads. Little villages with ancient churches. Names like Upper, Lower and Middle Stoke, and The Hundred of Hoo. A 'Hundred' is a Saxon land division. I read up a bit about the place when we came back and it is fascinating. It is where Boris Johnson wants to build his extra airport. I really hope that never happens as it will spoil it. I love this article from the Guardian about what the Hoo peninsula represents and so, what will be lost if it is developed. (Having just looked again for information it looks as if the plans will not go ahead as there are too many issues-link to report at end)
There is a place called Allhallows that was going to be a large holiday resort. This never happened because of the war. We went to Grain beach, saw tank traps,  and walked along the path by the sea. You can see Sheppey, Essex, and passing container ships. There is a building in the middle of the water which has access by a causeway at lowtide, and, I found out when we got home, is for sale. £500,000 would buy it, plus a lot to do it up! A lot of photos with added raindrops! 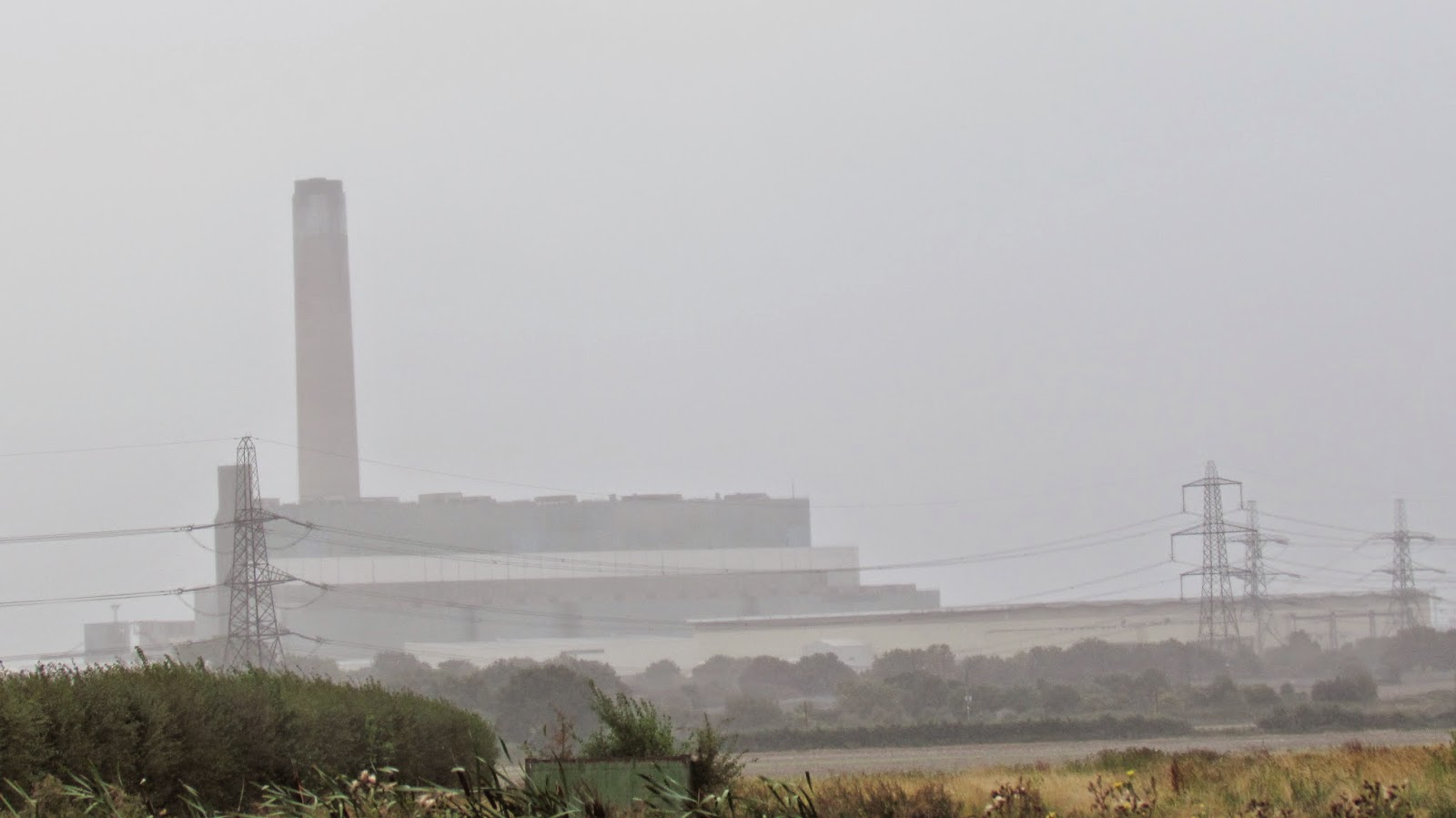 I think this is Kingsnorth Power Station. 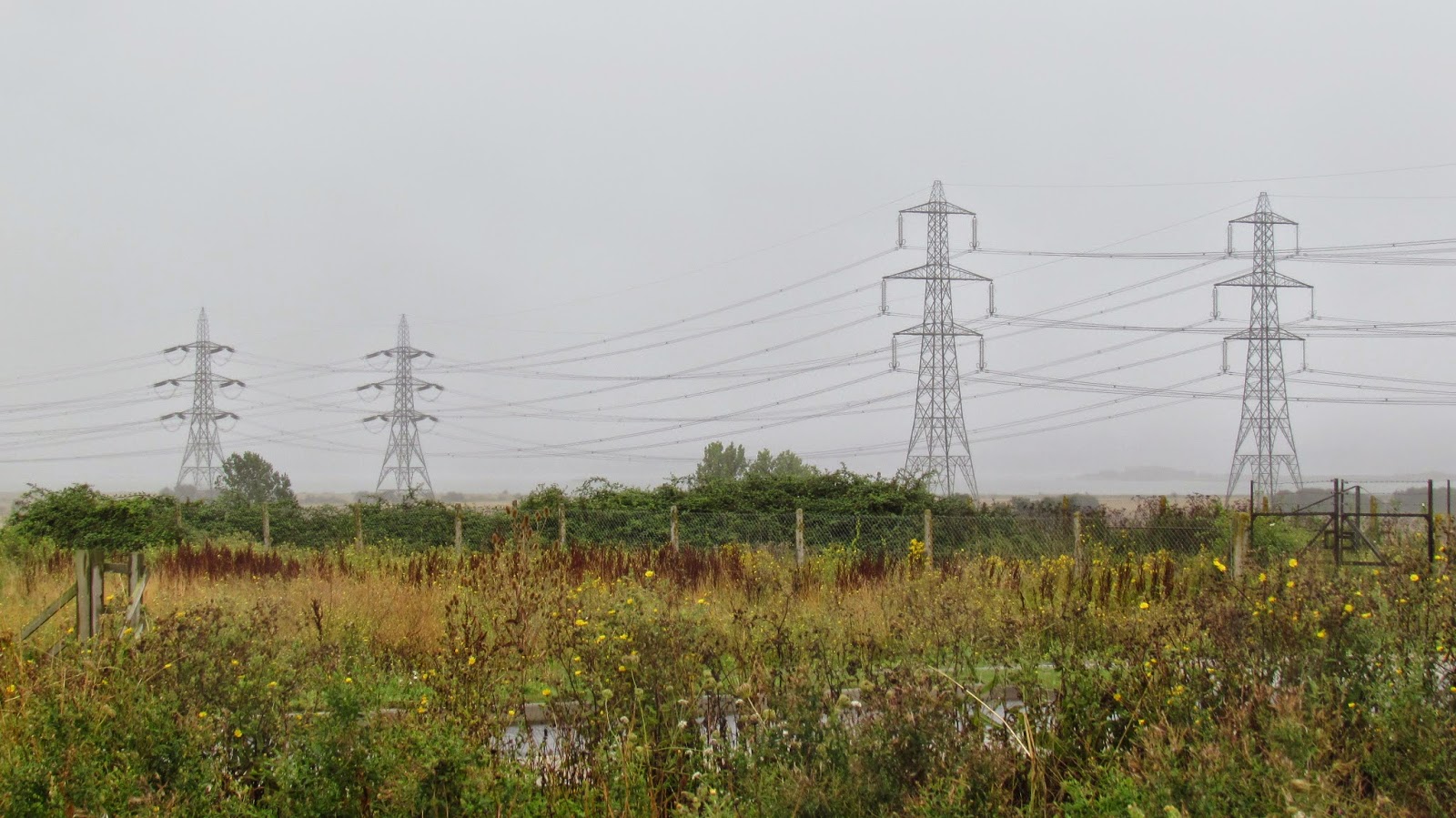 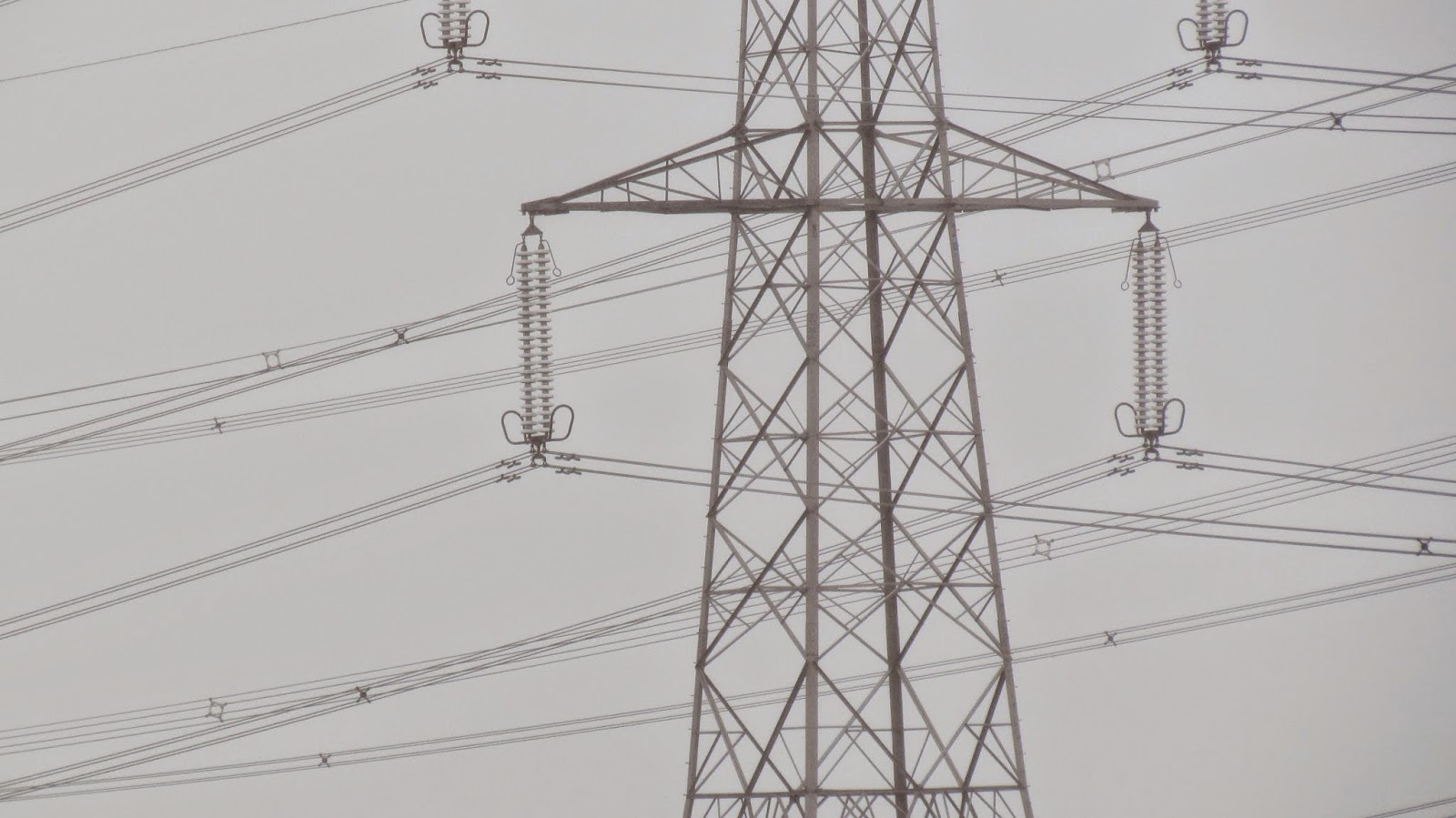 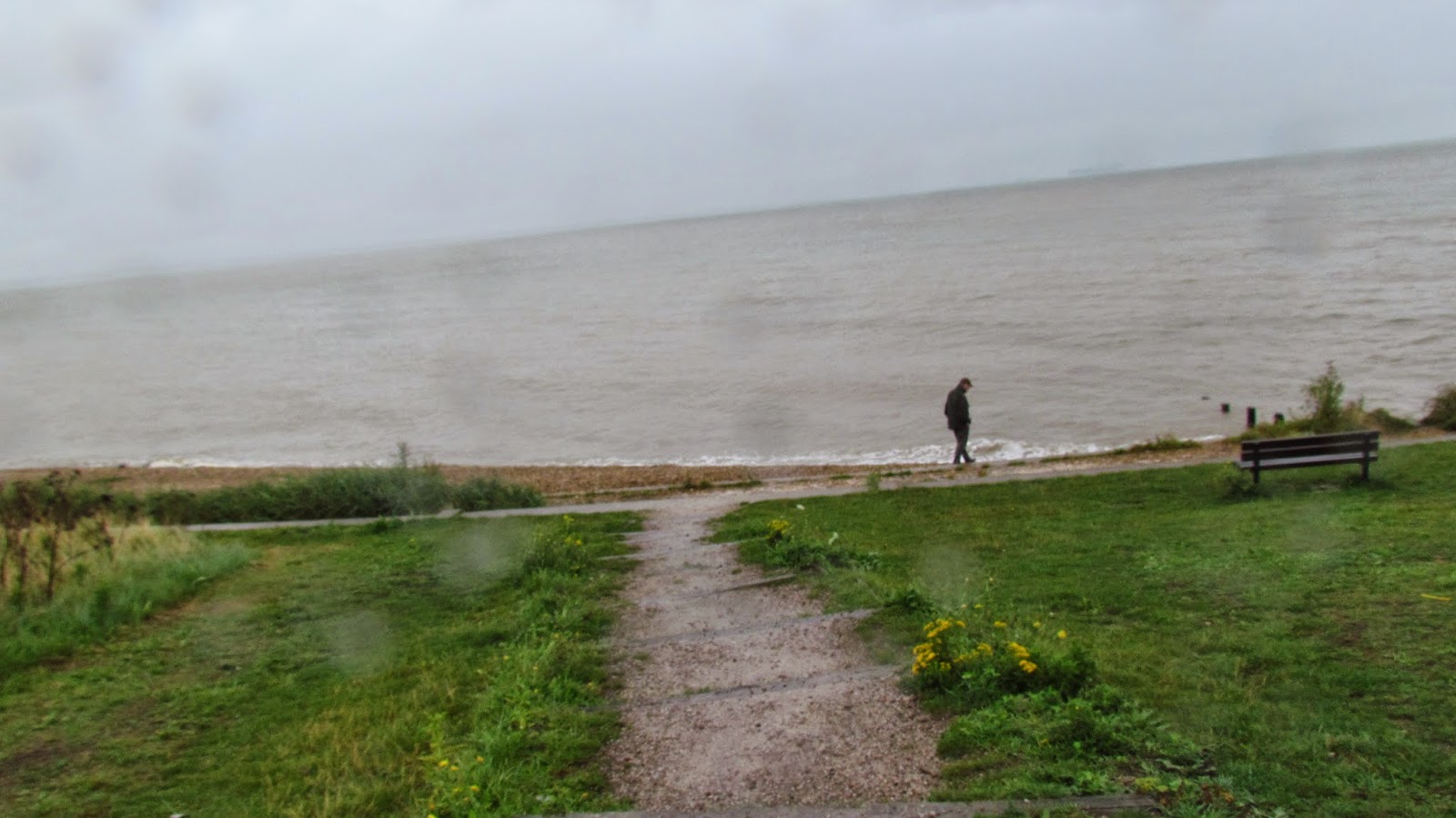 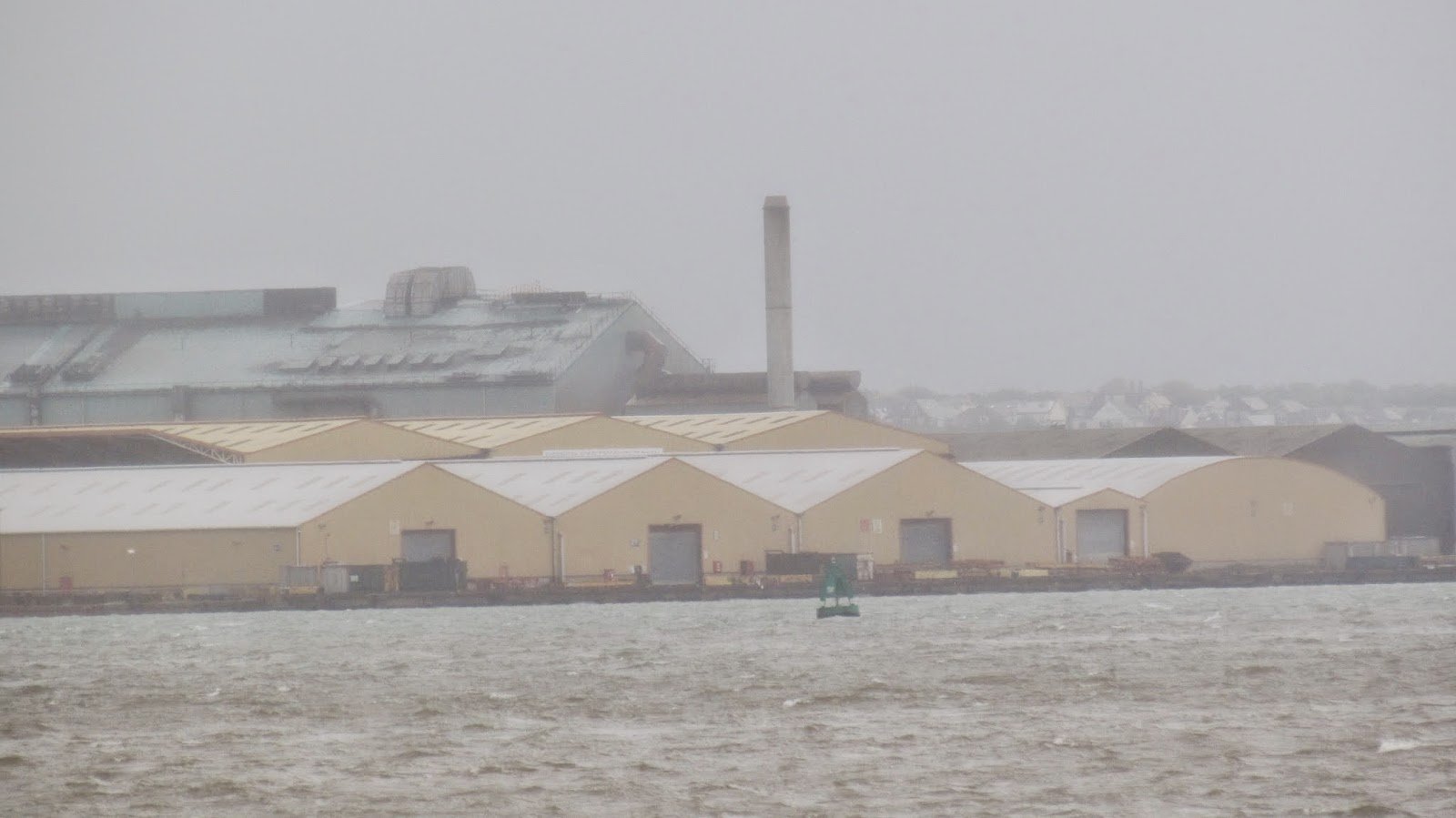 View across to Sheppey. 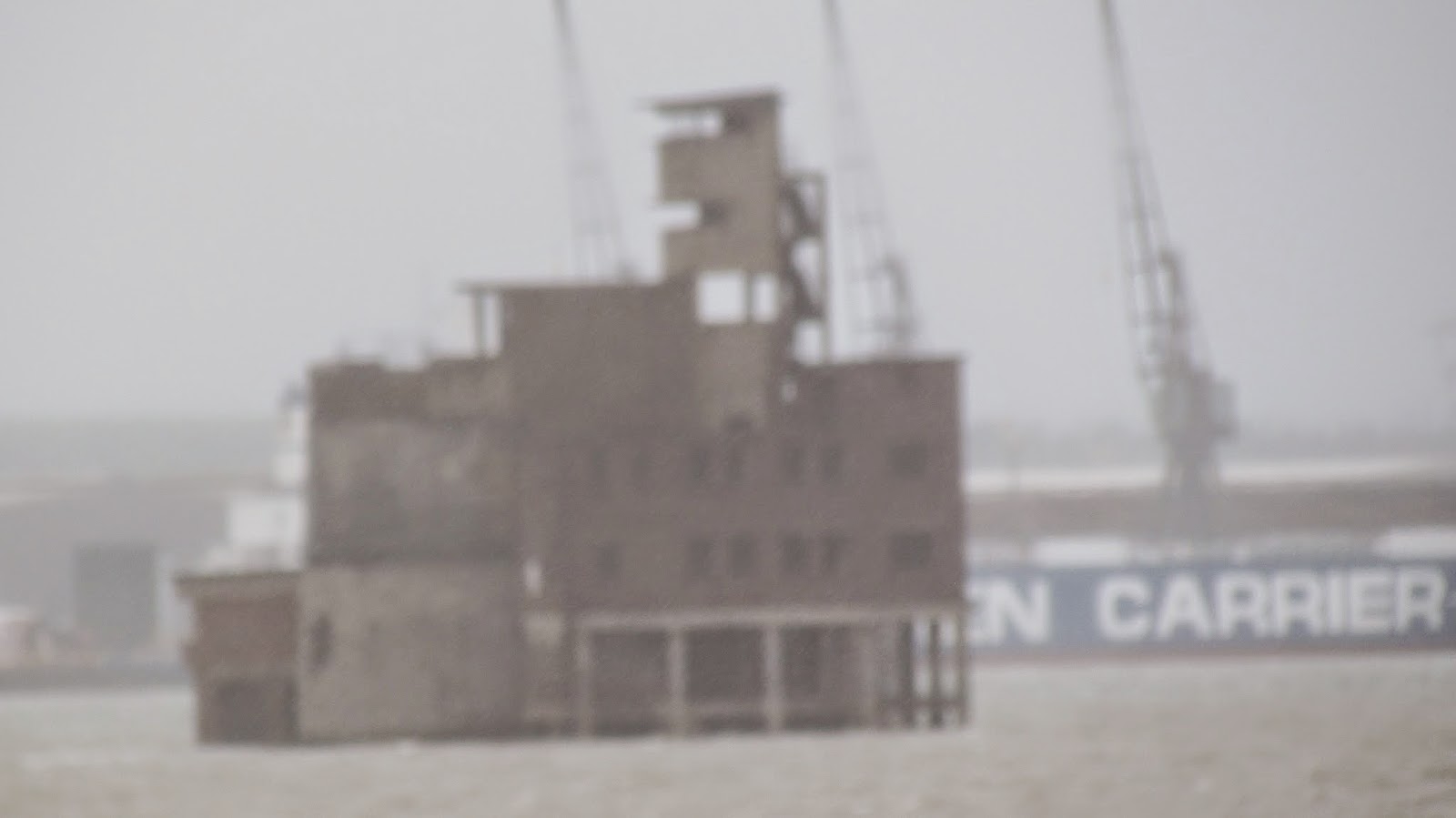 The house in the water. The address is No 1, The Thames, Sheerness, ME3. It only has one bedroom though. Shame! 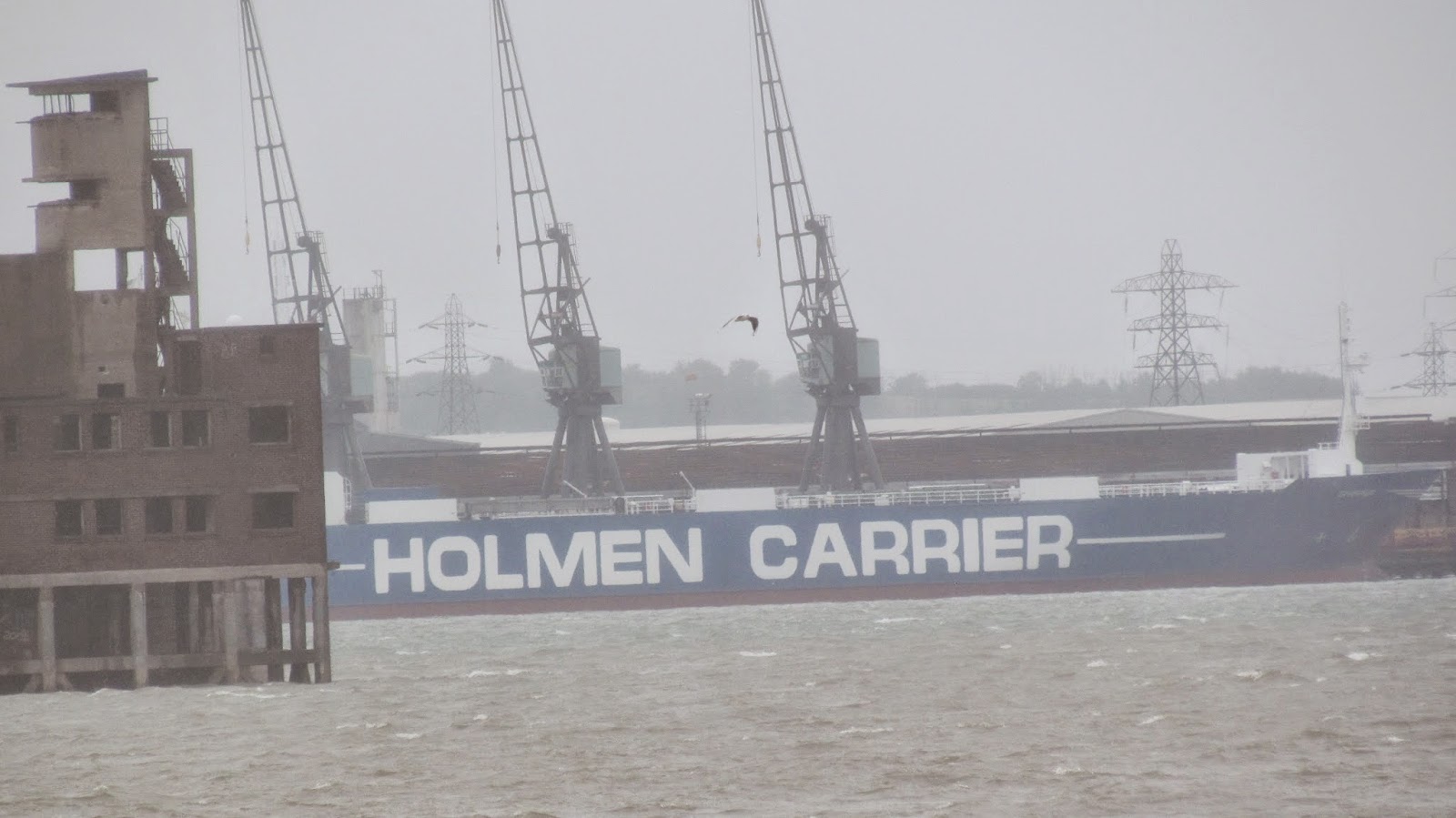 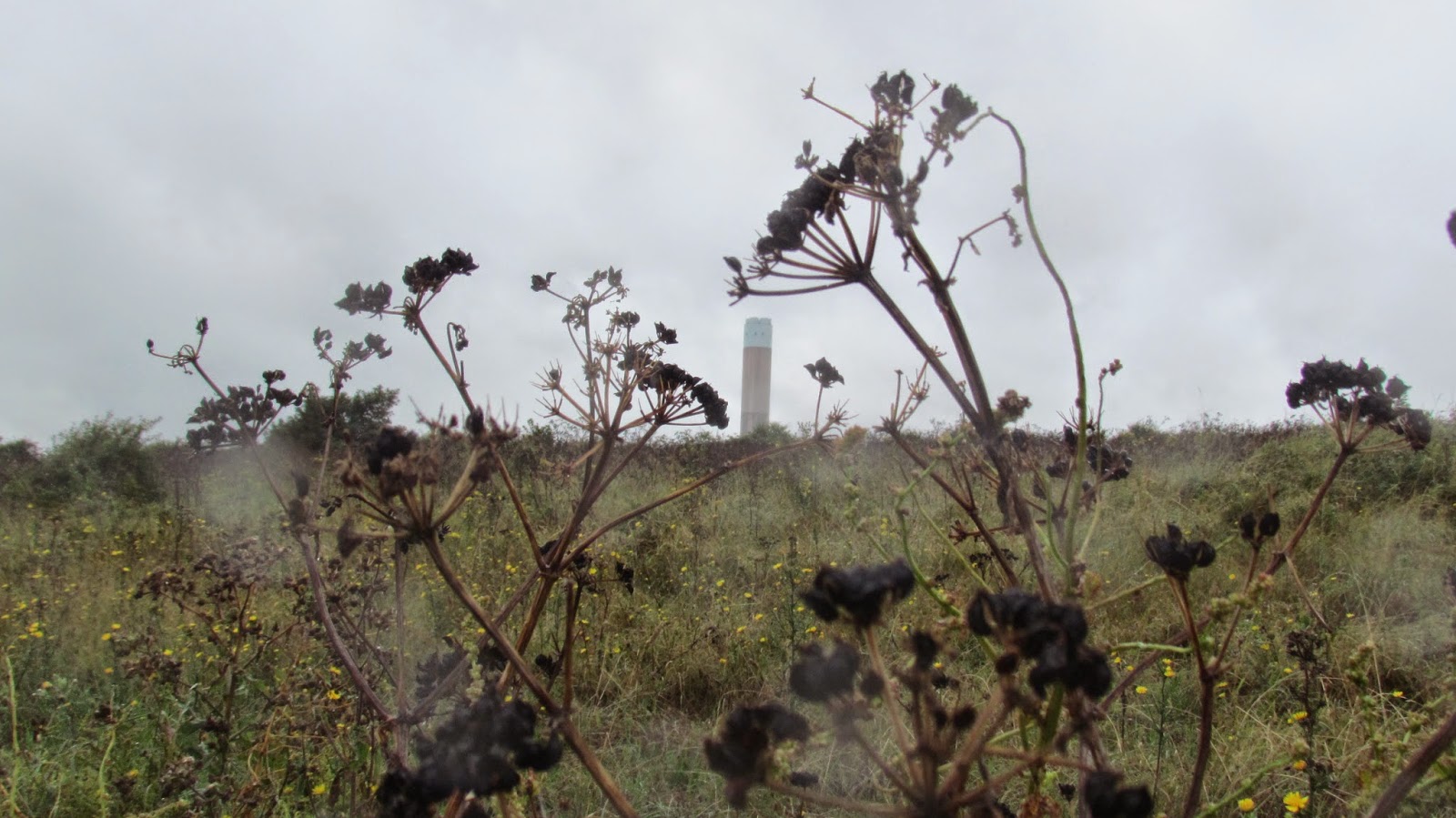 The lifeboat in the distance. 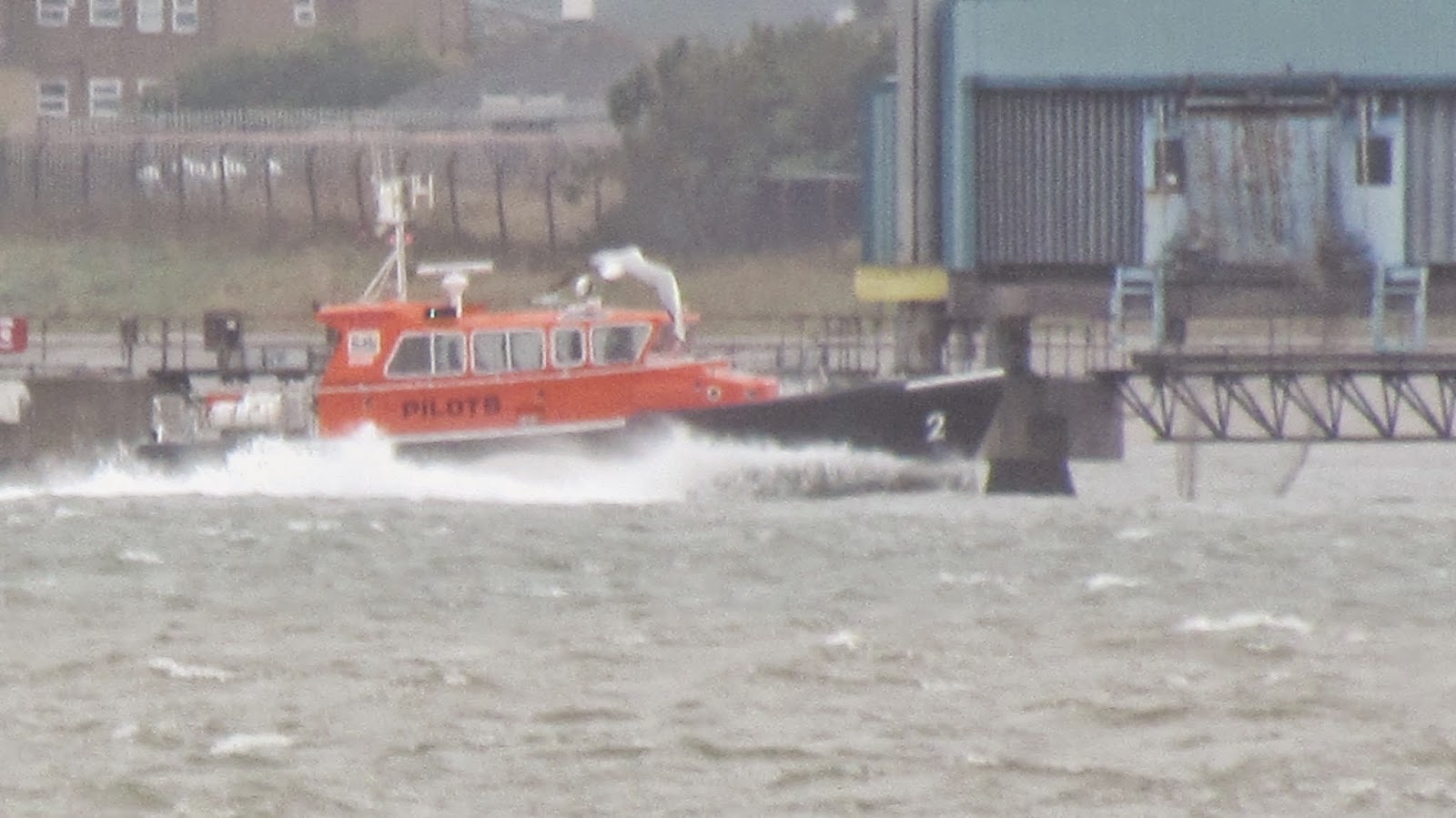 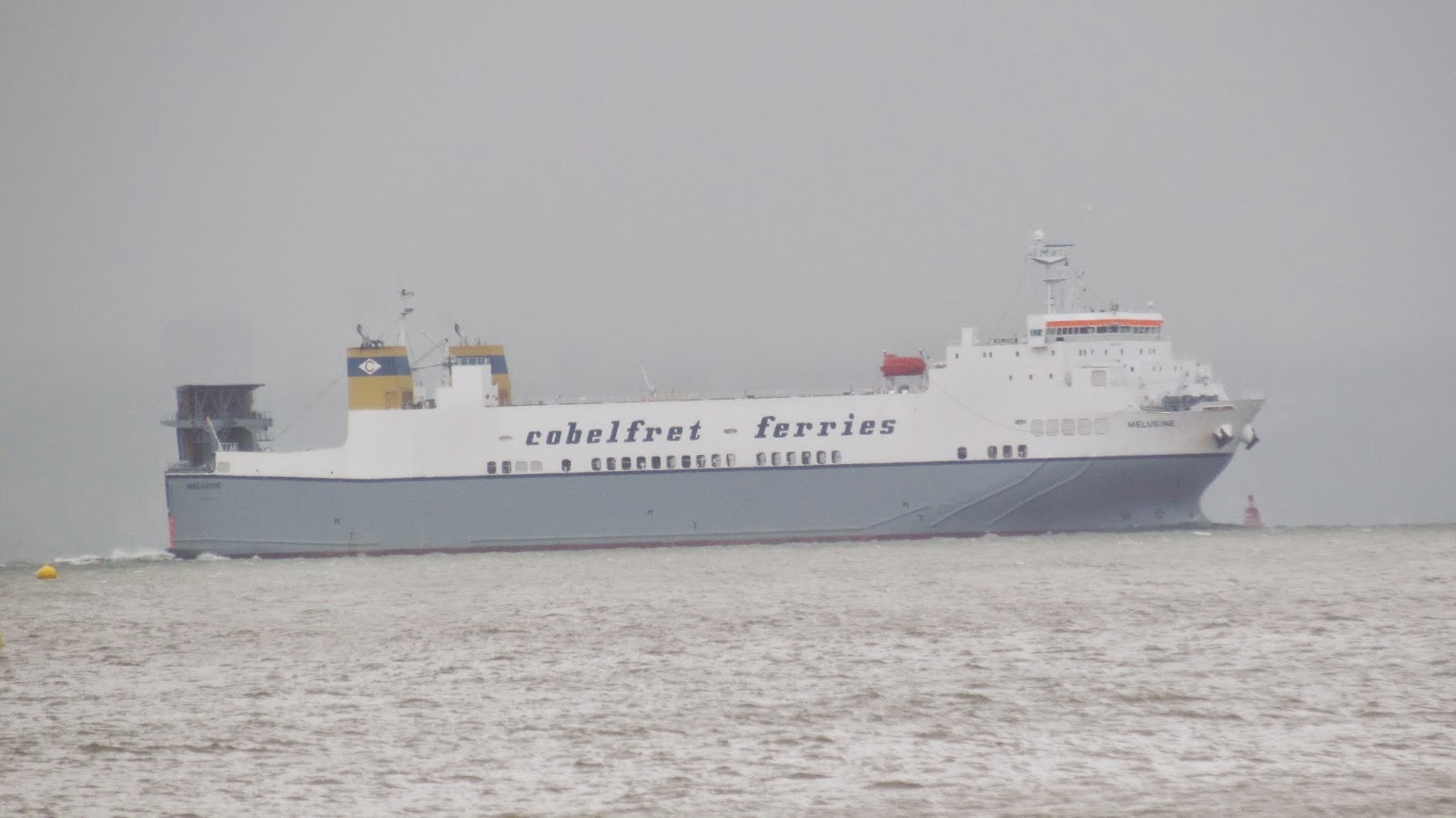 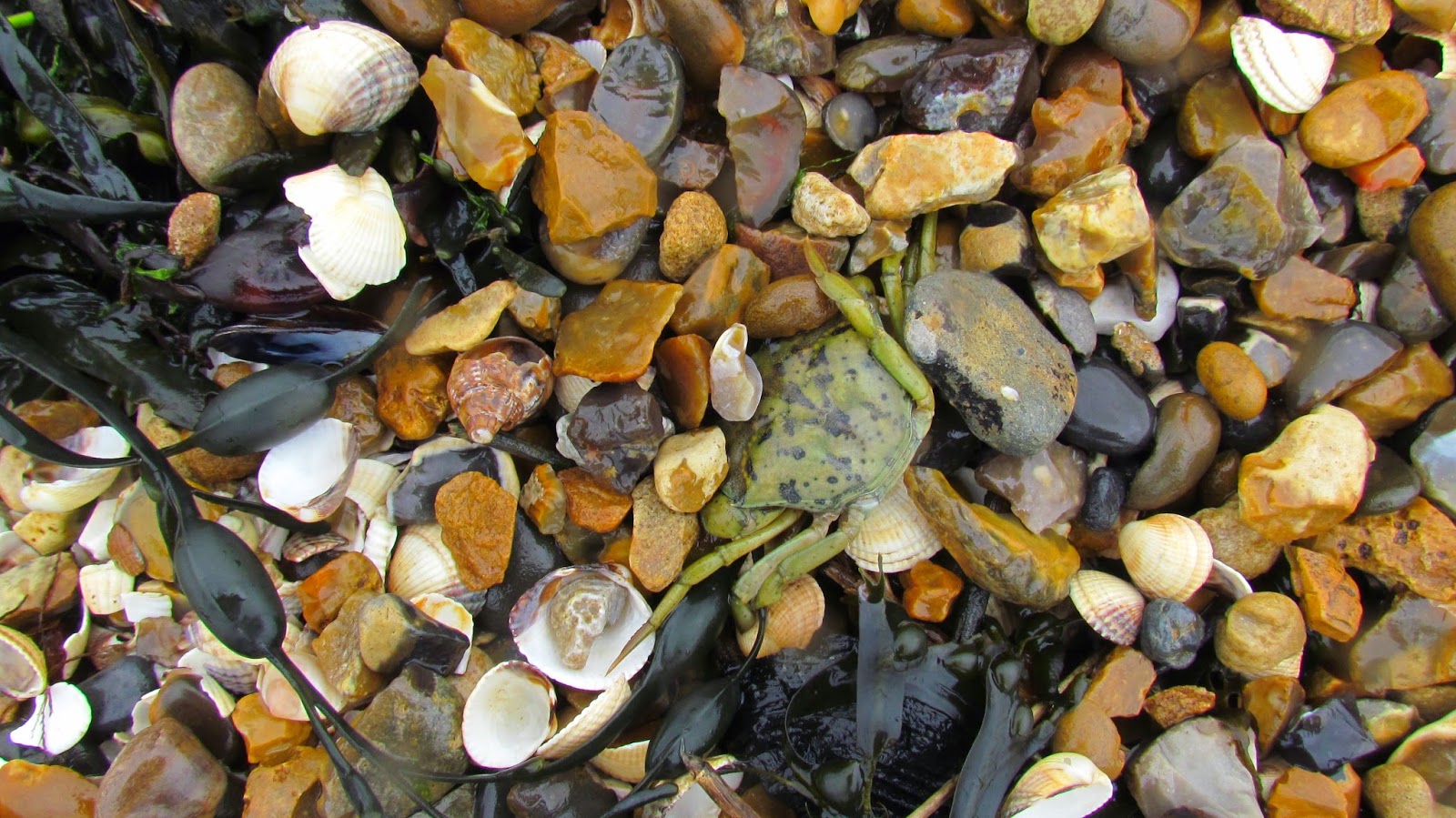 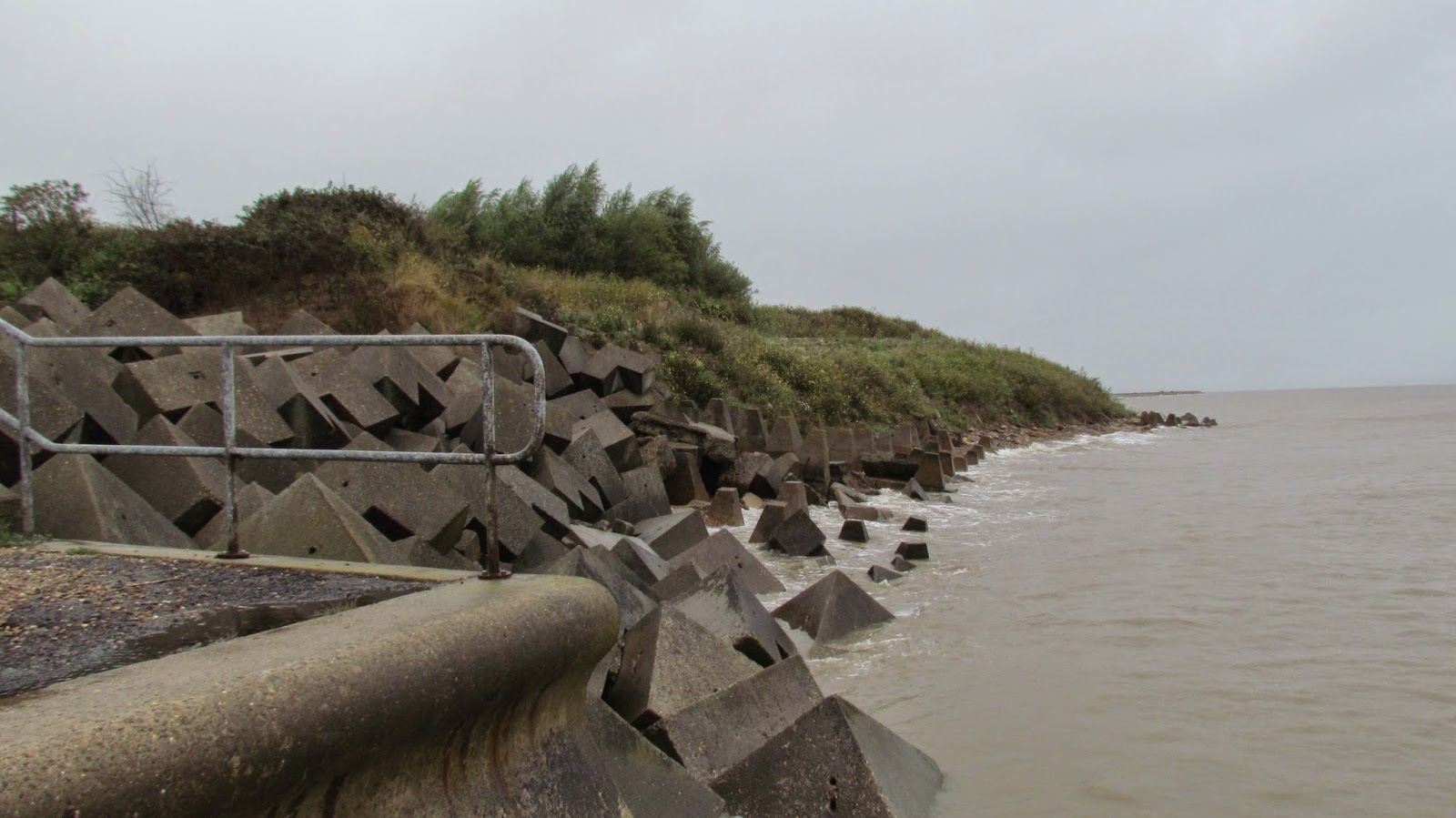 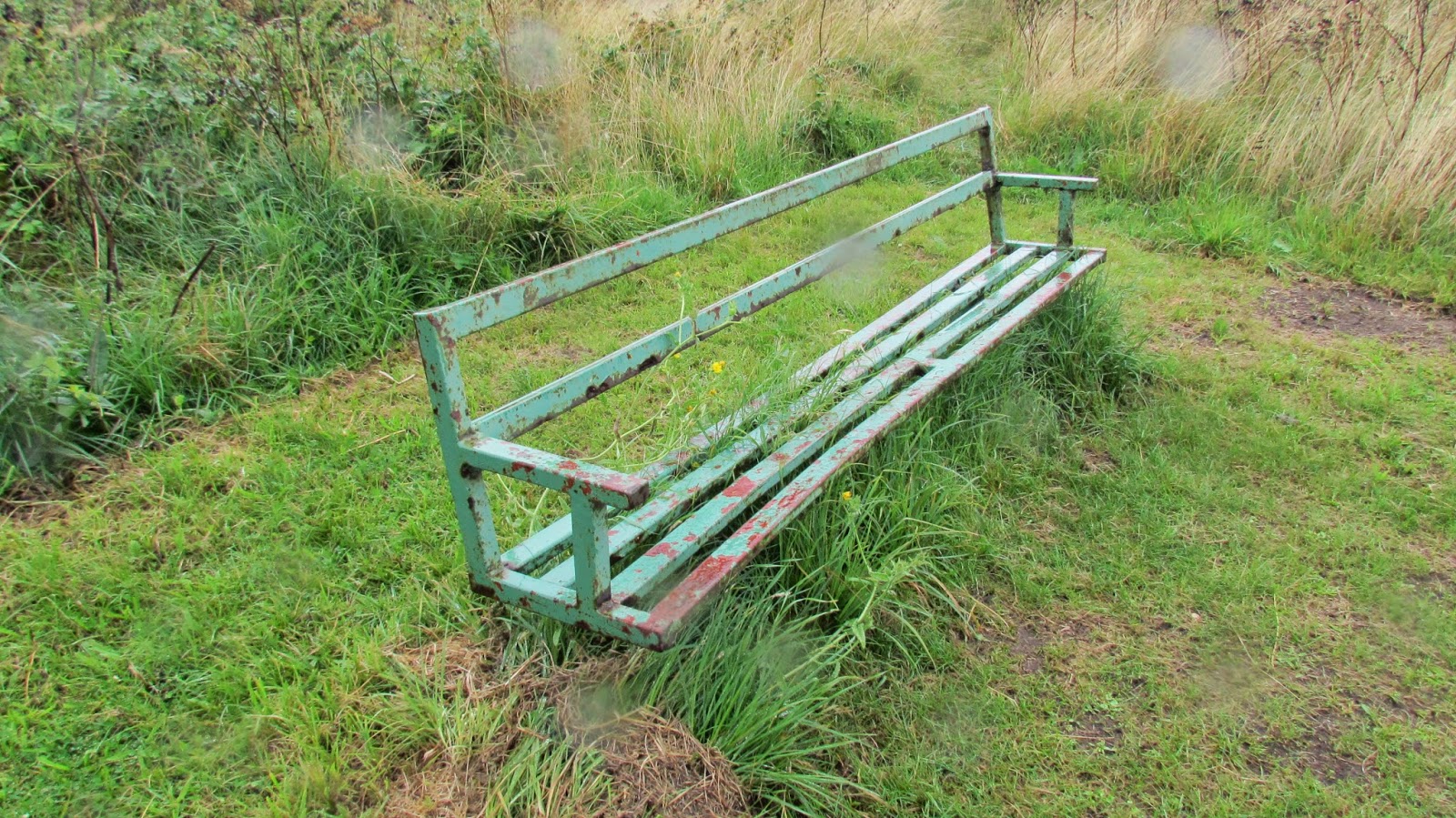 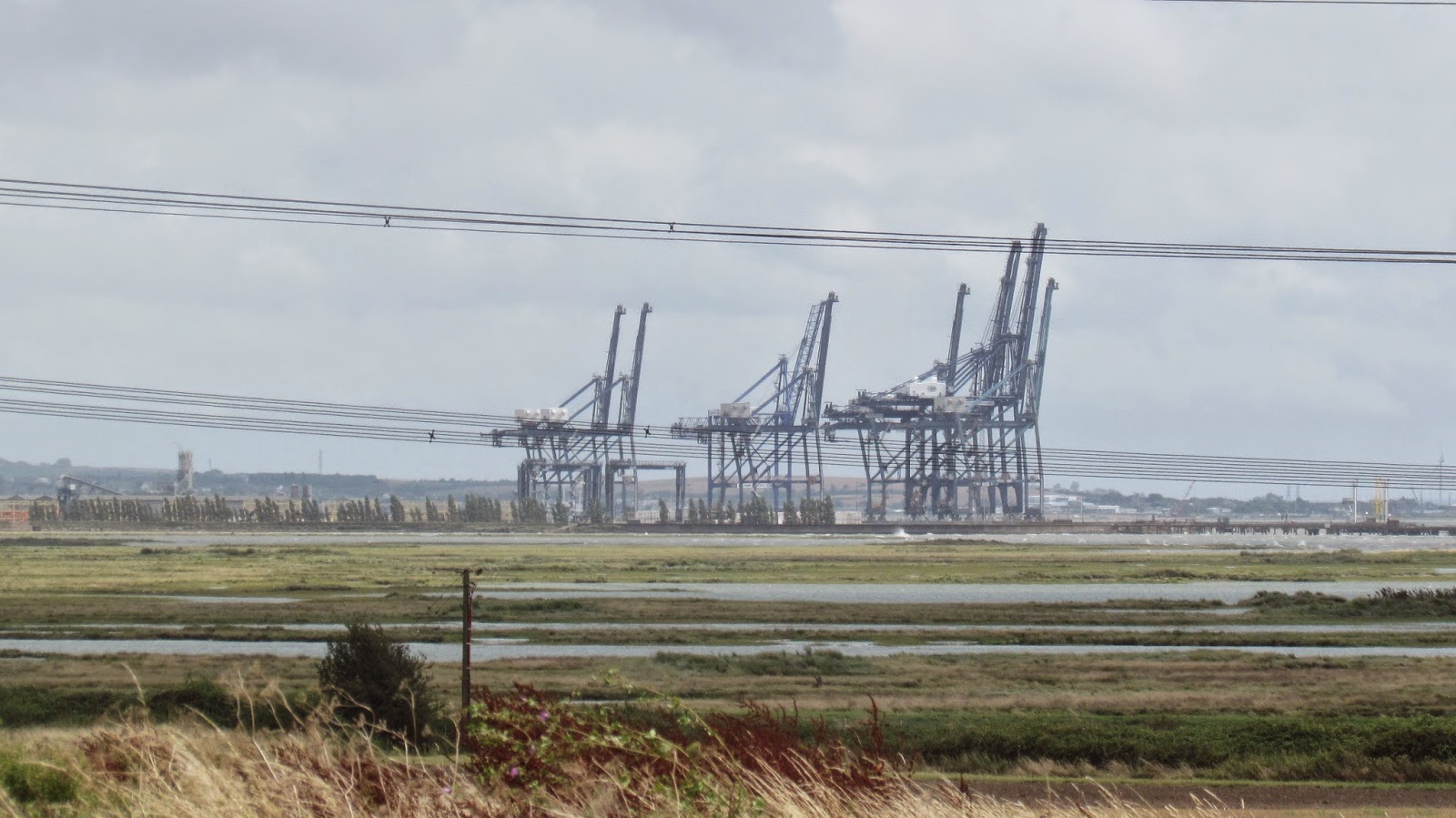 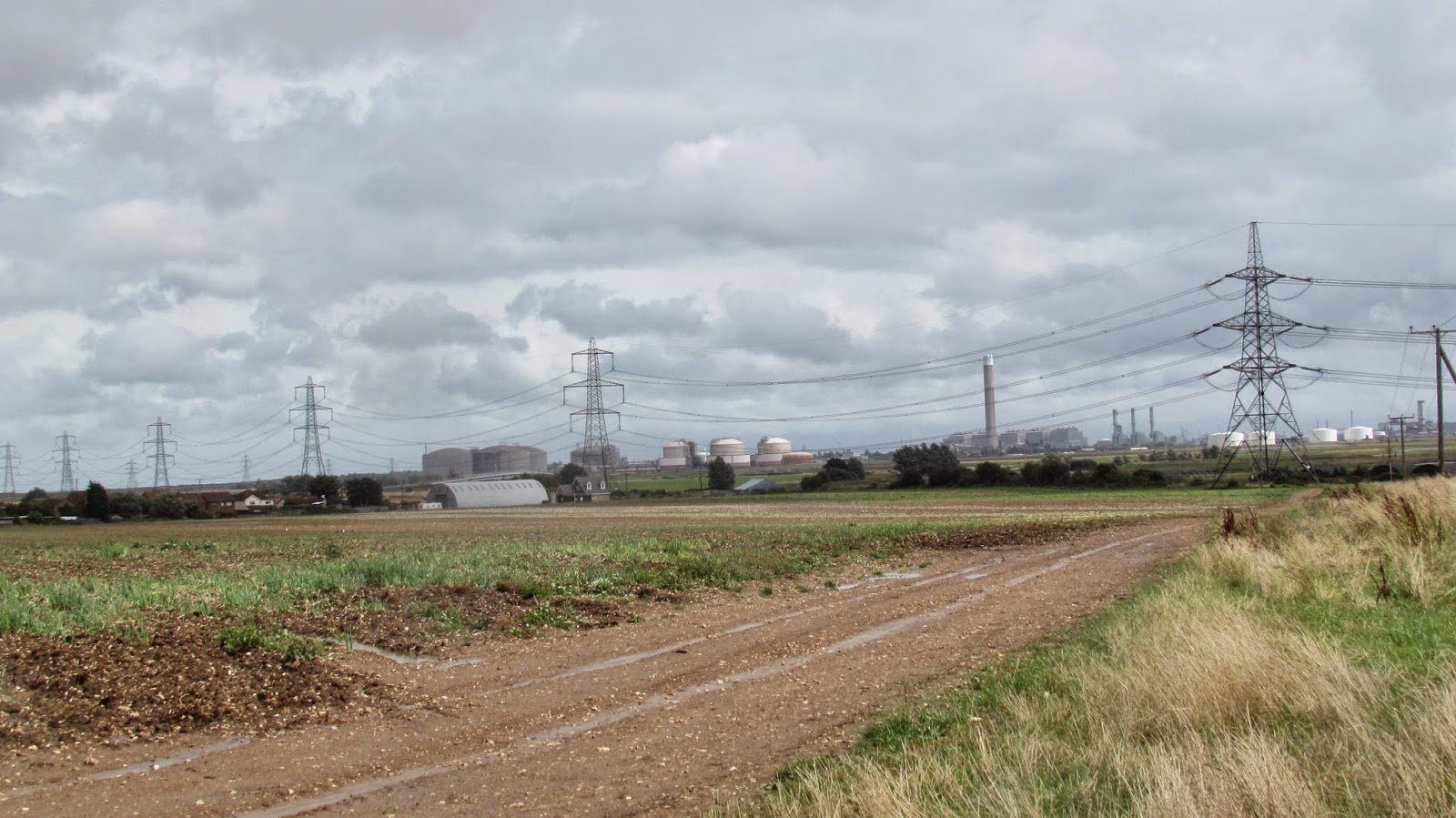 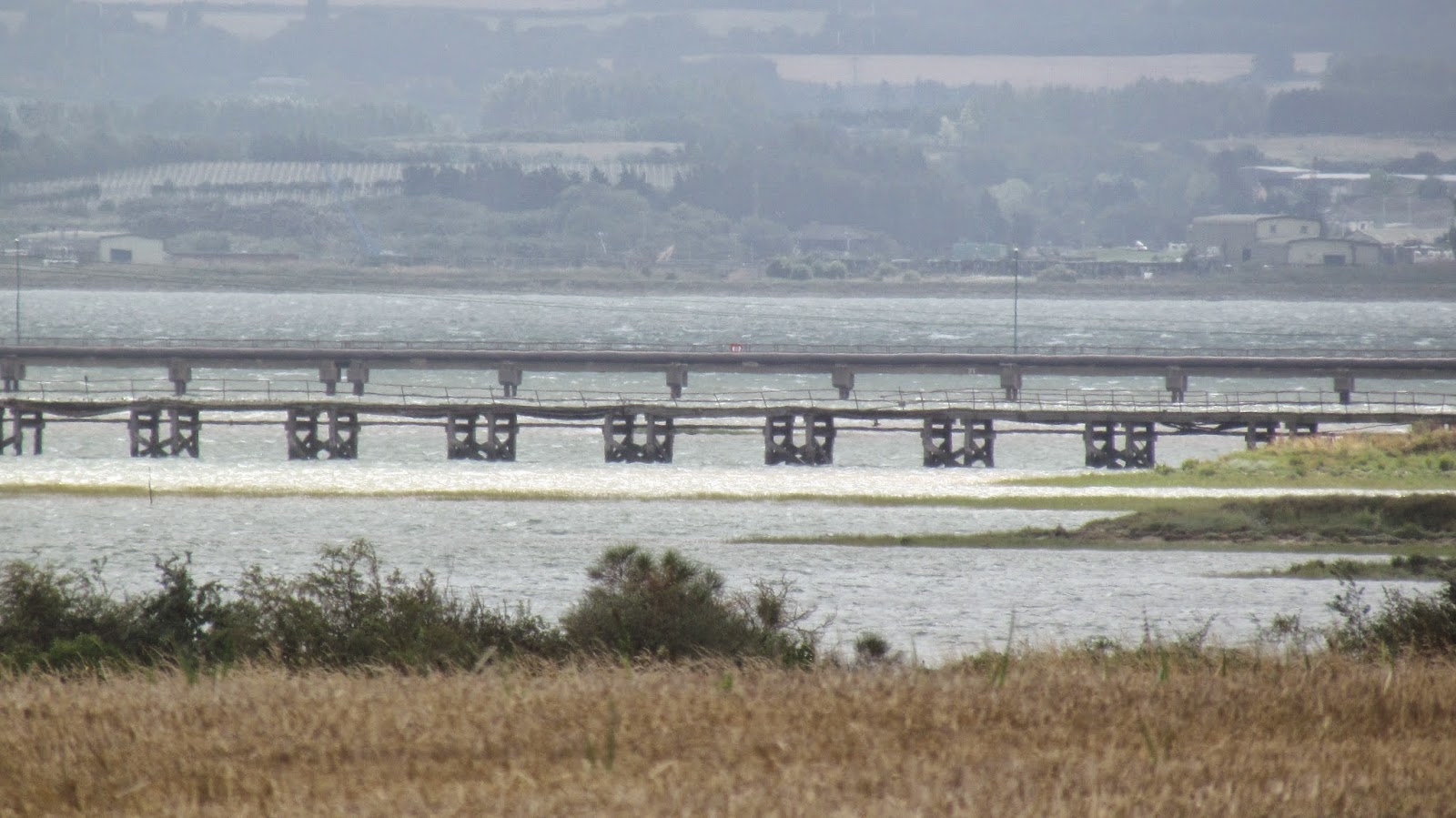 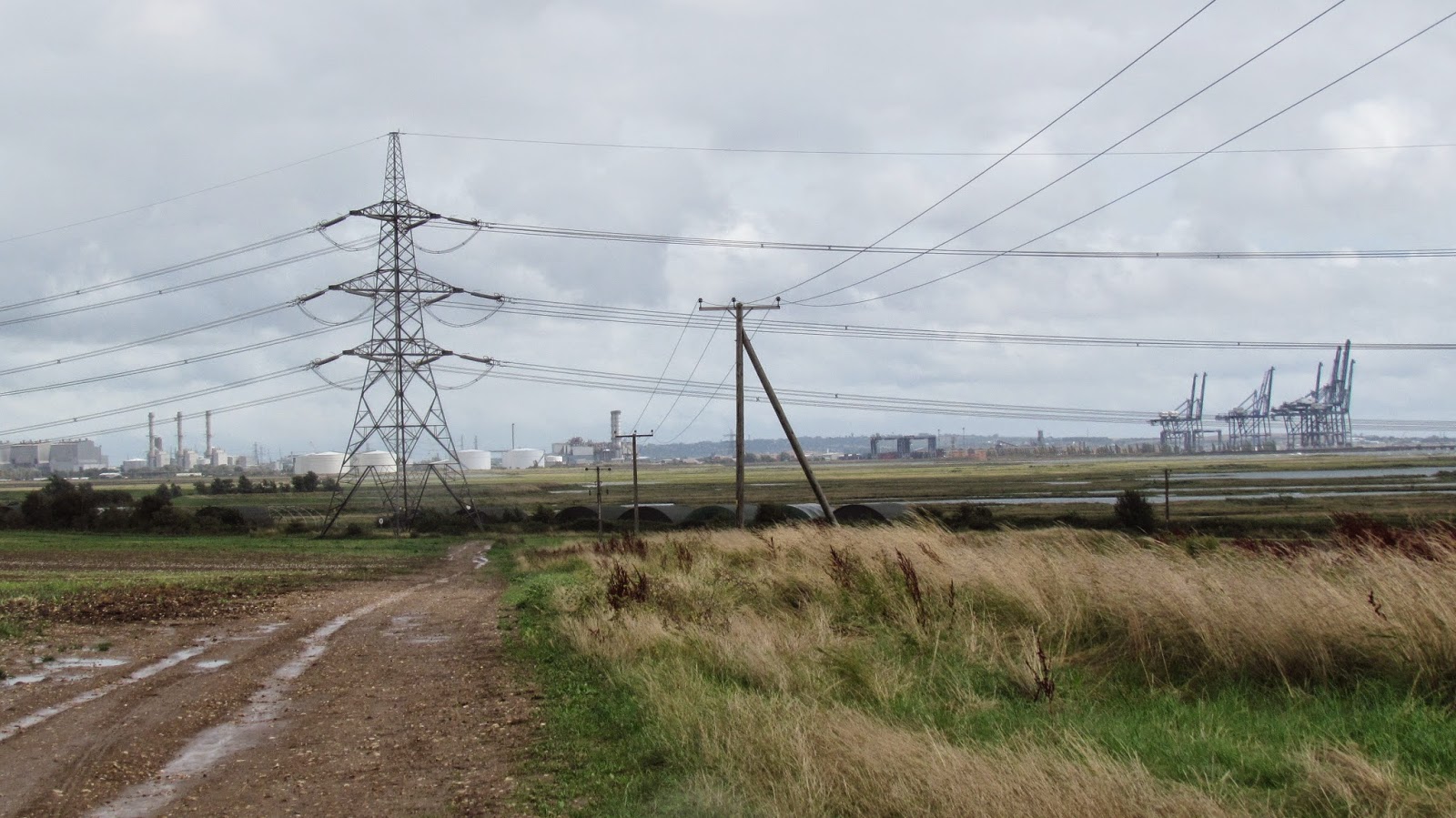 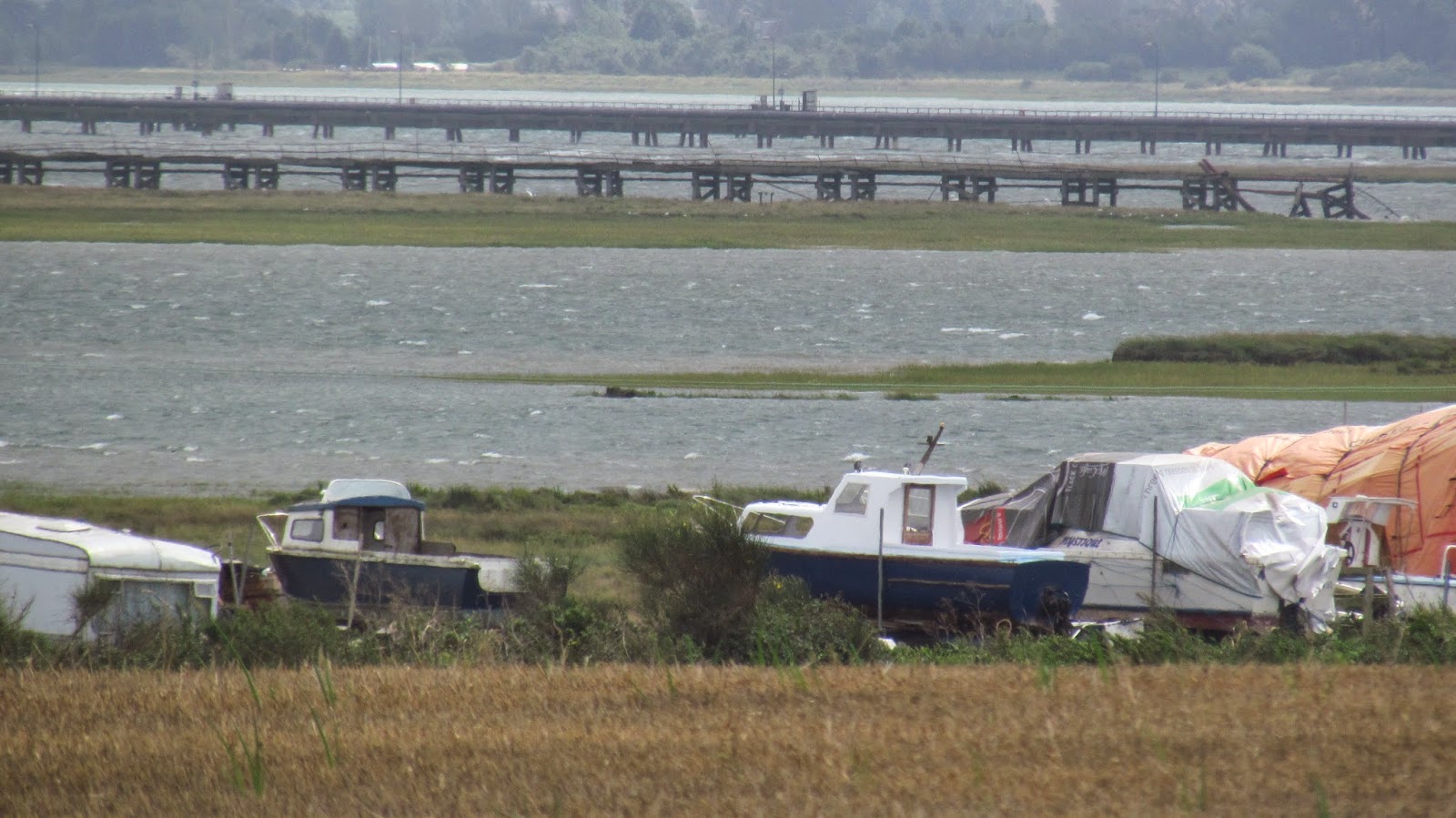 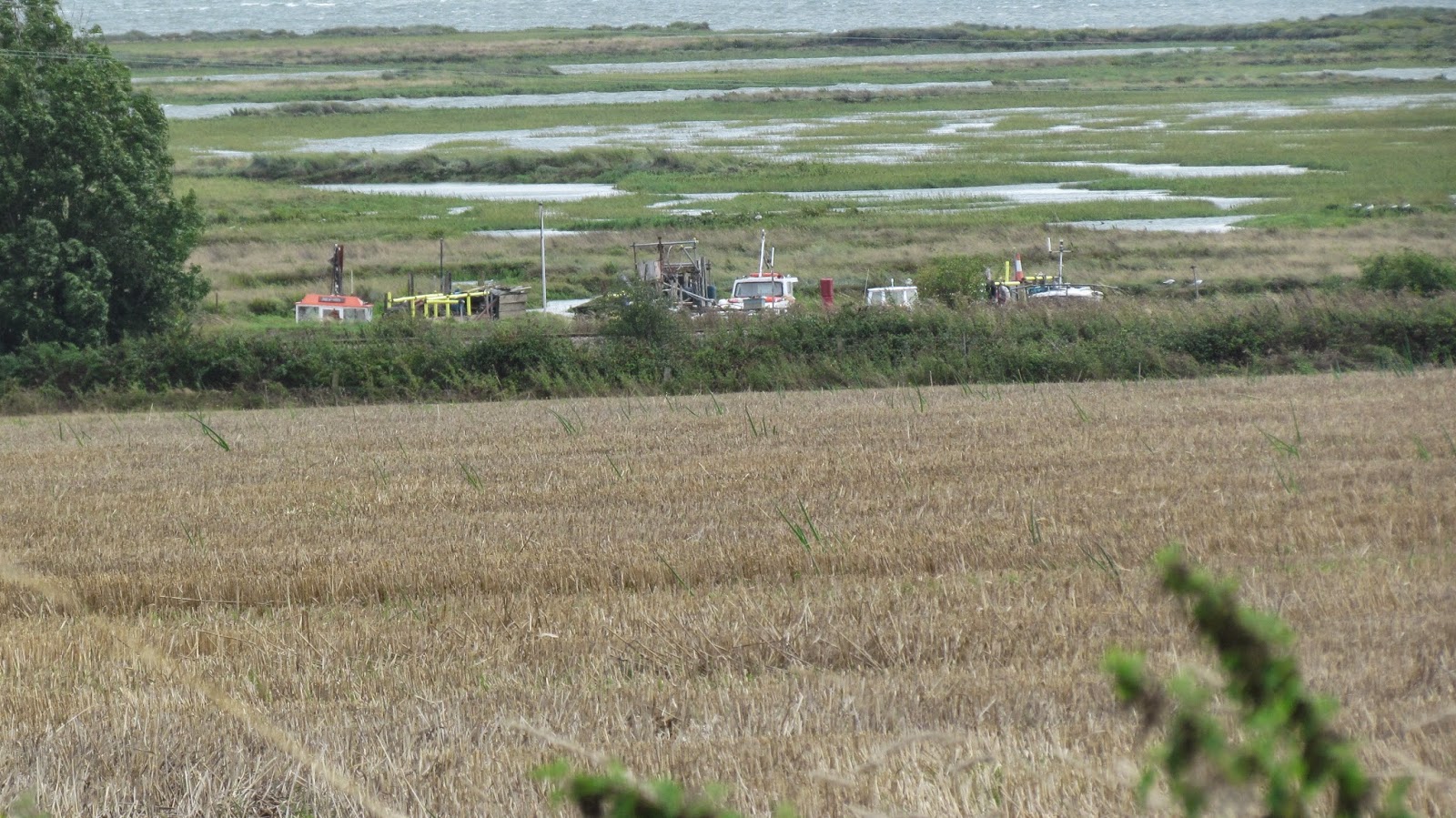 You may not have set out to go there, but I'm sure you are glad that you ended up there!!

Looks an interesting place to visit.