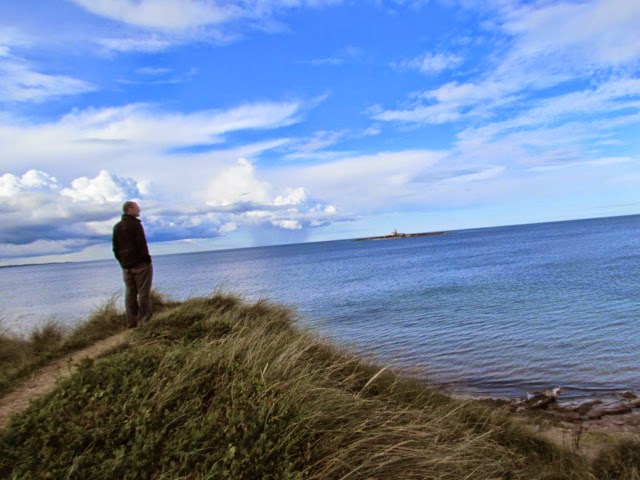 Andy looking out to sea. We love our holidays. He likes the same things as I do and puts up with me stopping to take photos every two seconds. He even takes them for me if I am driving. And he doesn't mind long car journeys. He will not go to sleep though, just in case! We love driving up unknown roads,  the more sheep filled, empty of cars, and wild the better. 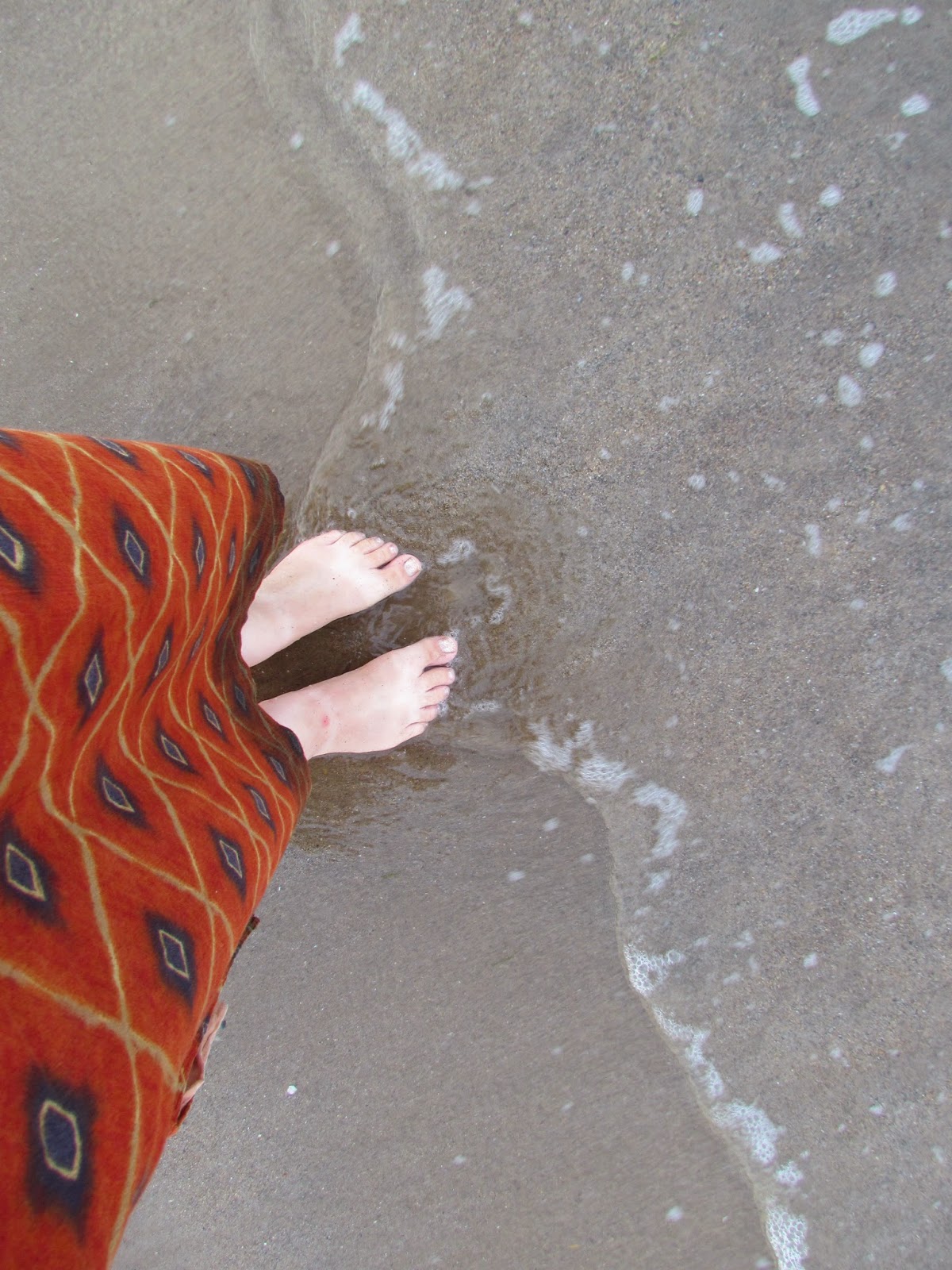 Me. Well my feet anyway. This part of the coast had collieries on it and so there is coal dust in the sea. Parts of the beach wash up black as the tide goes in and out, and it makes interesting patterns against the paler sand. 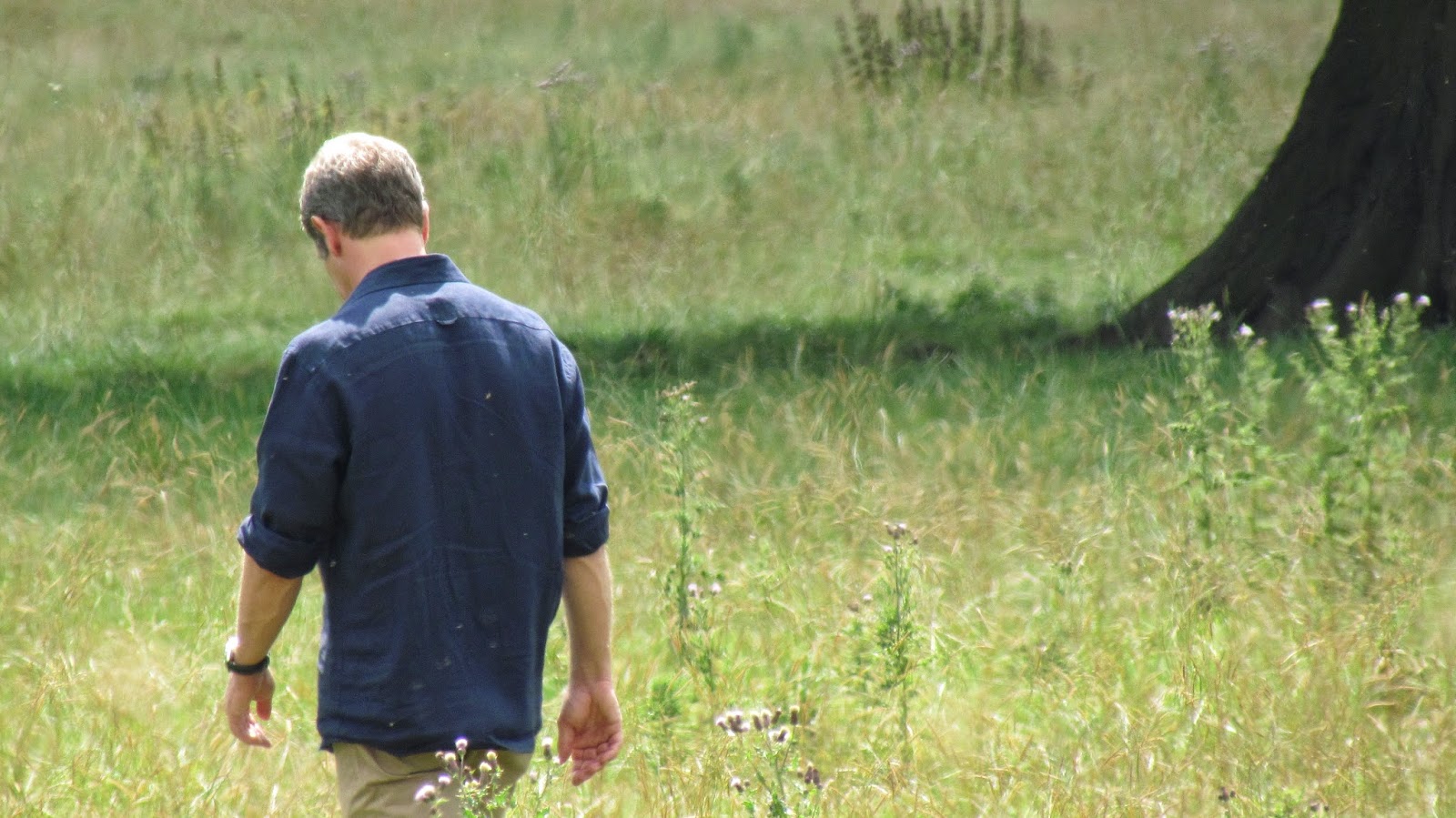 Robson Green. He was filming at Wallington Hall when we visited, and my zoom came in handy for a bit of paparazzi work. It was a boiling hot day. They were filming for ages, something with a little helicopter thing that I thought was a drone, but overheard one of the crew saying was an 'octocopter'  Having looked at them they seem to be for carrying cameras to get aerial photos, so maybe that was what they were using it for, to film from the air. 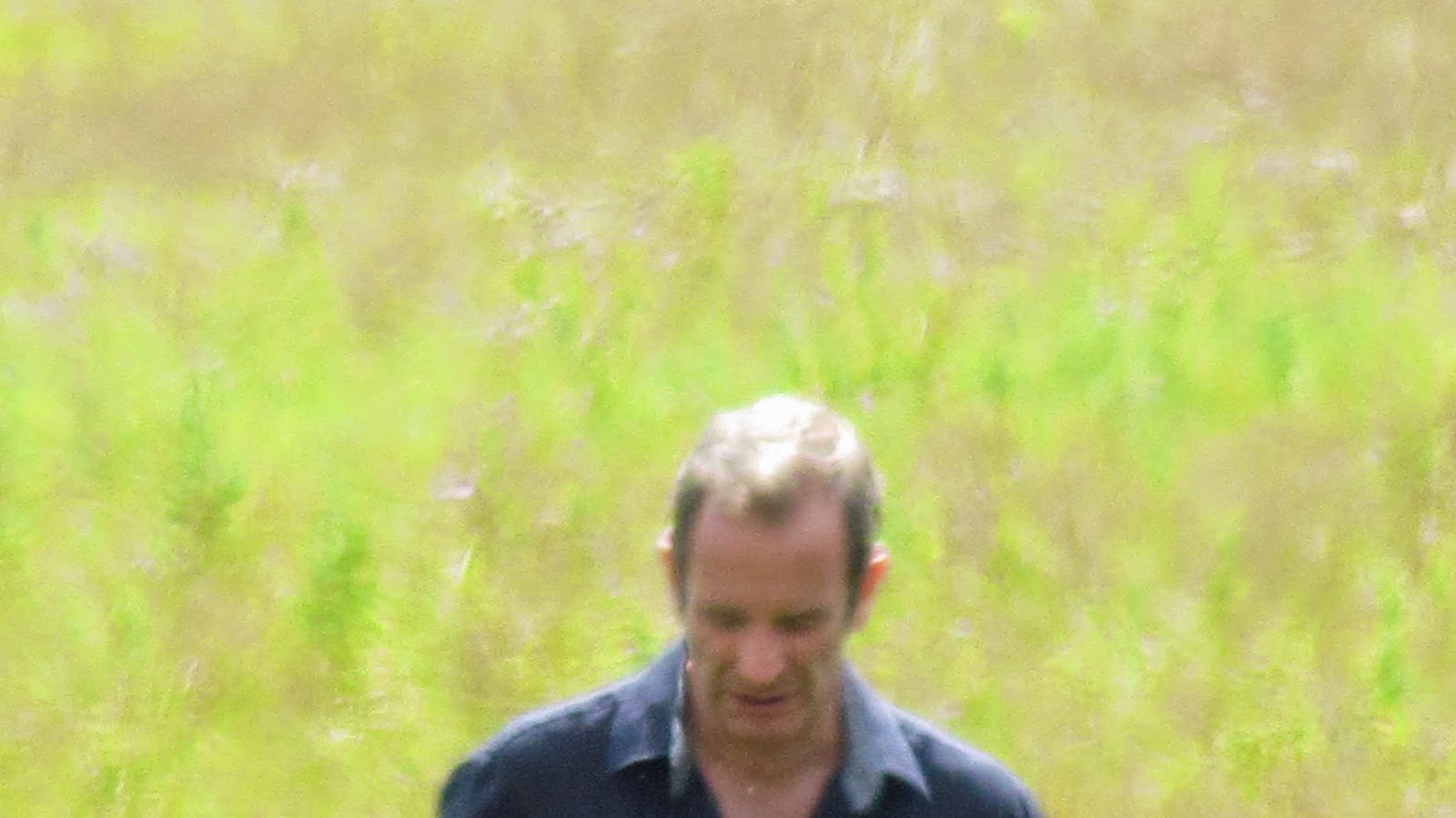 Me again. We visited Anne and Malcolm in Scotland again, and had a lovely day with them. Anne gave me a free motion embroidery/quilting lesson. I really enjoyed having a go at this and can think of lots of possibilities for using it. Just need to work out how my machine can do it! 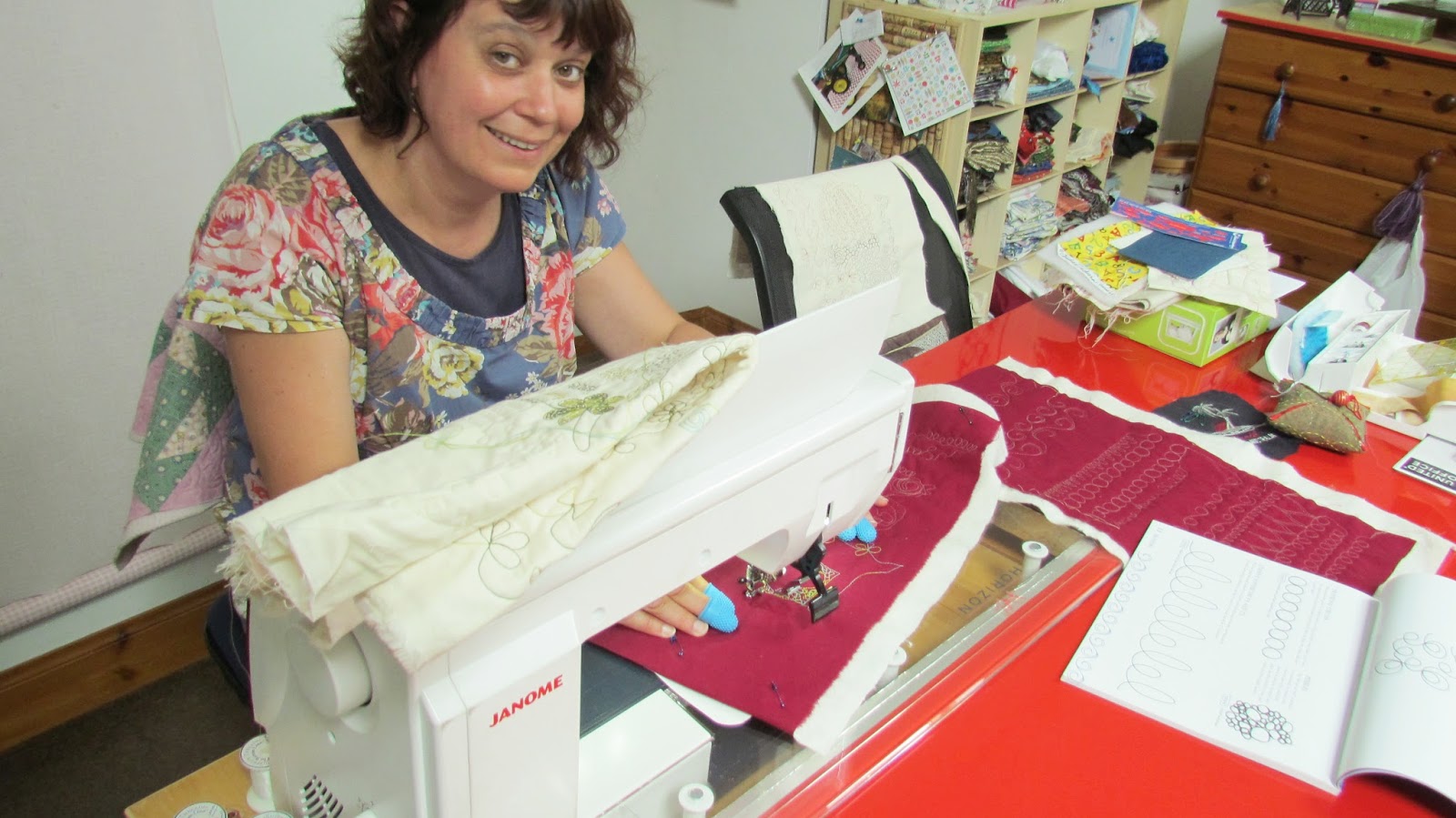 Anne and Malcolm themselves. We had just finished a delicious dinner and were about to head off back to our home for the week. Thank you Anne and Malcolm! 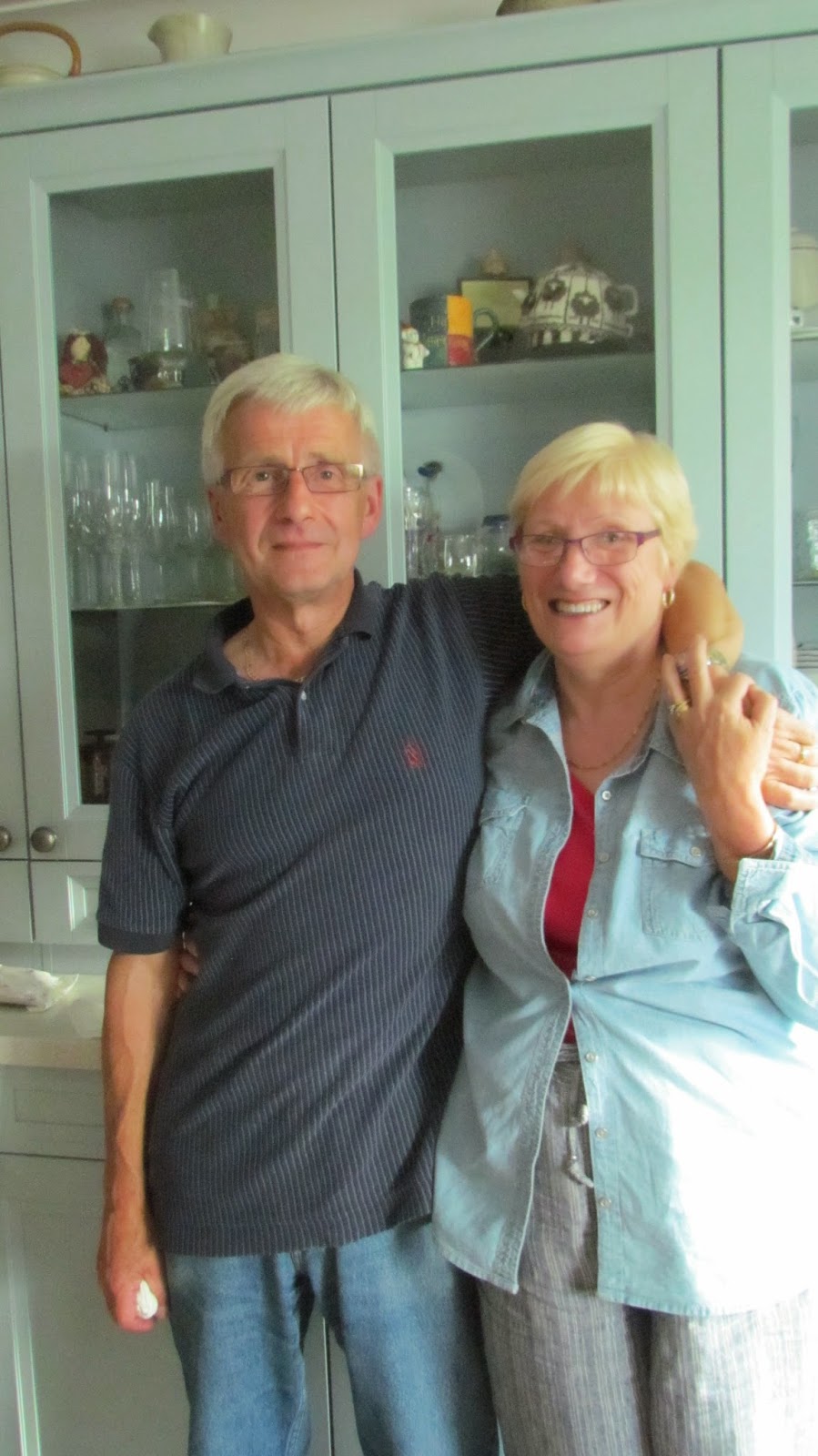 On the Thursday we drove over to Wylam where Andy grew up. We stayed with Bob and Maisie. This is late in the evening in their garden. It was lovely sitting around the fire like that. We had a great time and drank far, far too much wine! 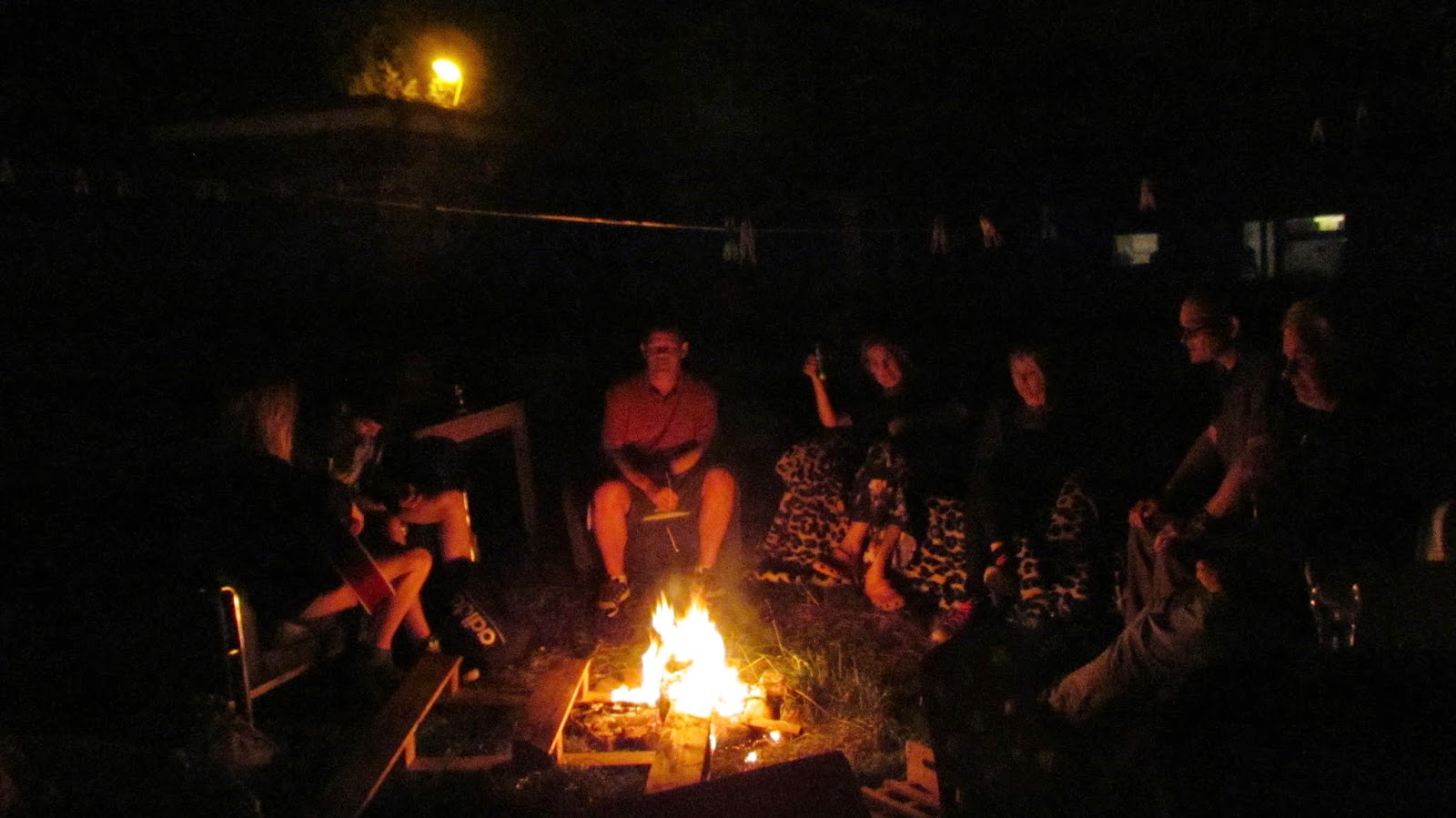 On the Friday, Bob drove back over to where we were staying to take a walk on the beach with Springer his dog. Springer loved it! 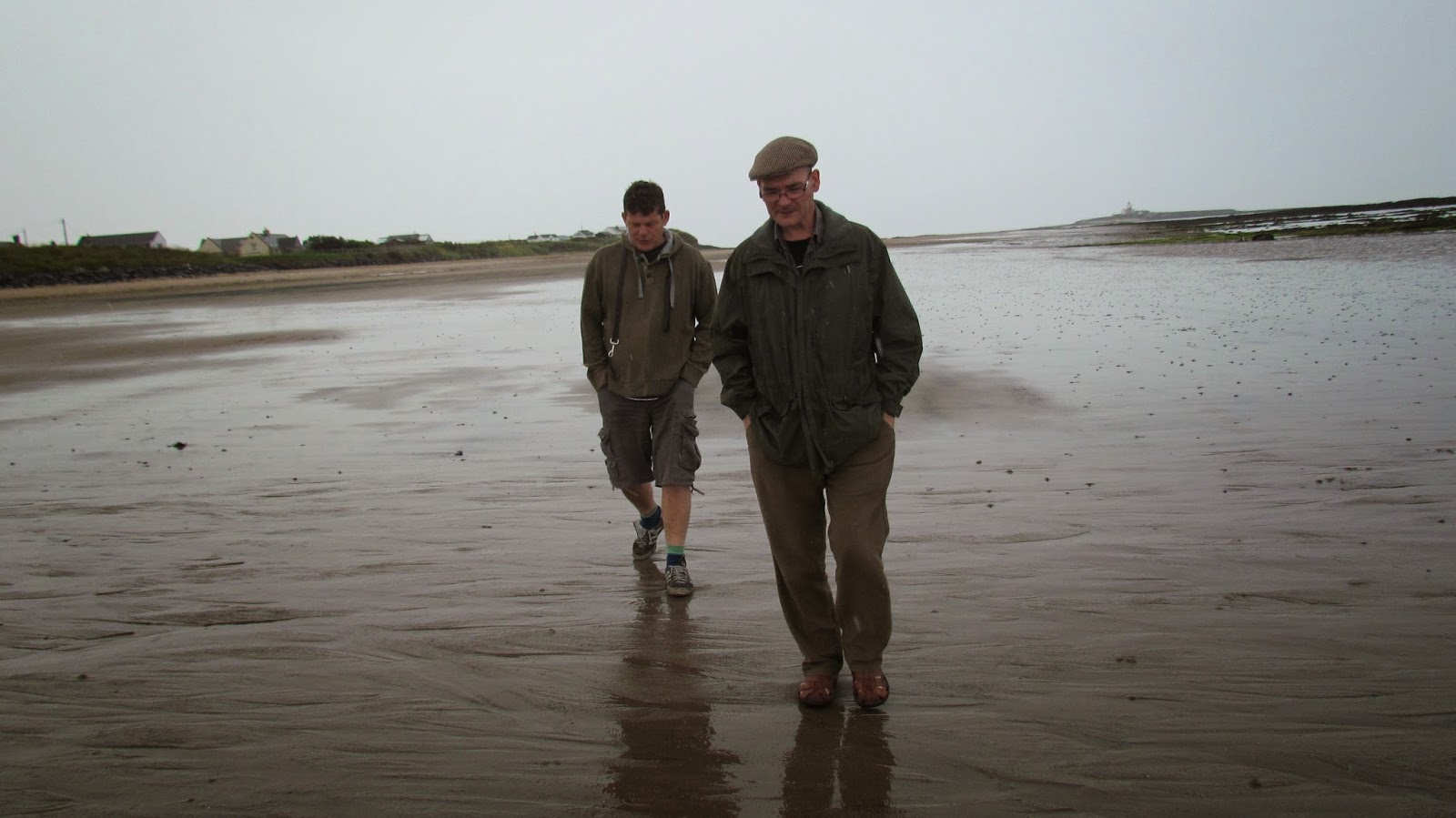 After Bob headed back home, Jeremy, another friend of Andy's, and his wife Lisa drove over. We had another walk on the beach (can't have too many!) and then went for lunch. Lisa is an early years teacher too and we had much to talk about. A lovely couple of days! 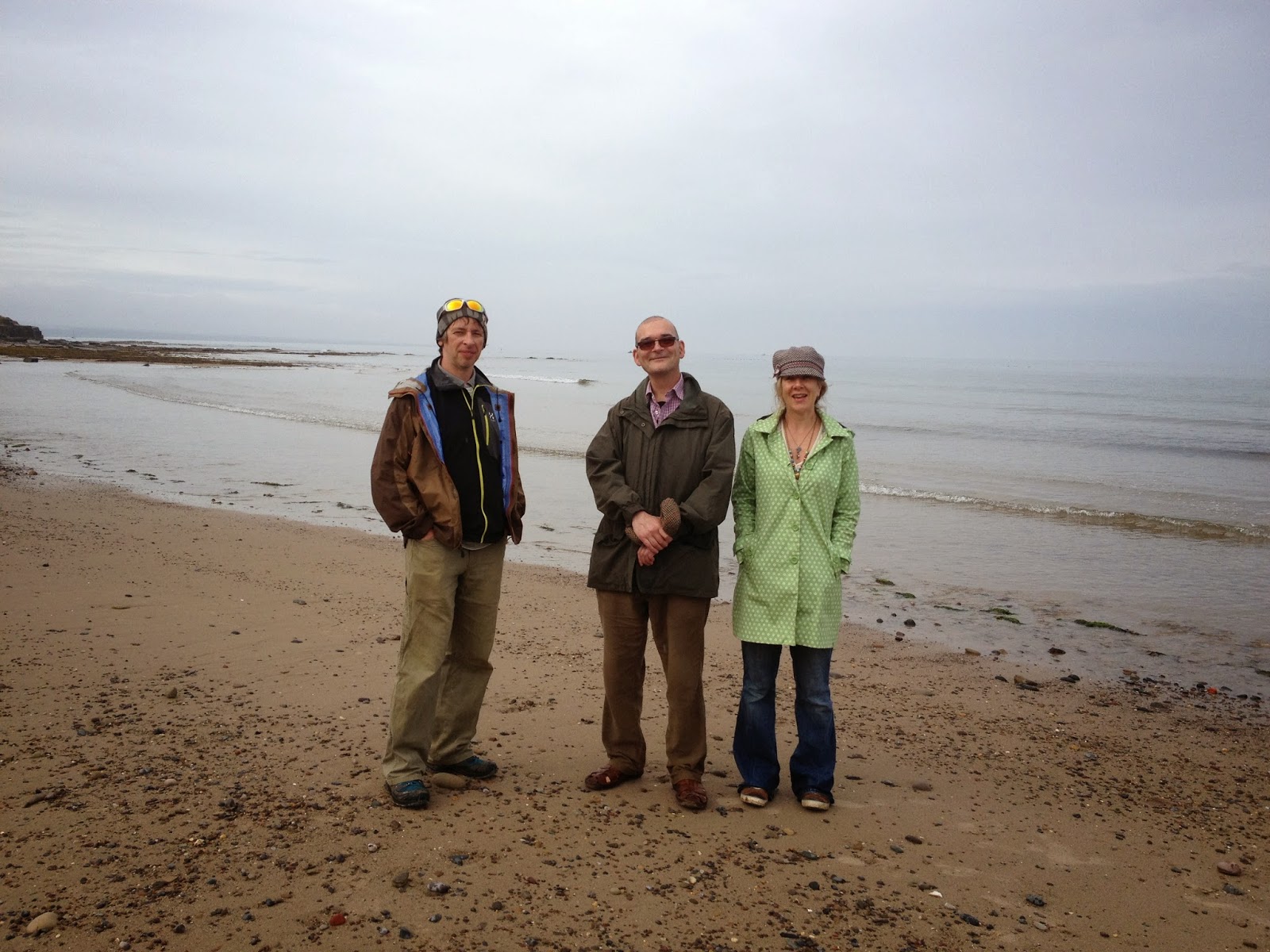 Below is a picture of the view from my sister's house. I visited her and her boyfriend Will in Leeds on the way back. Andy had to go to Edinburgh with his family to start to sort out the things in his Mum's flat, so I thought that would be a good opportunity to see Jane as we don't get to meet up often. I had a lovely time there too! But although I took lots of photos of her cats and fish, I took none of her and Will! 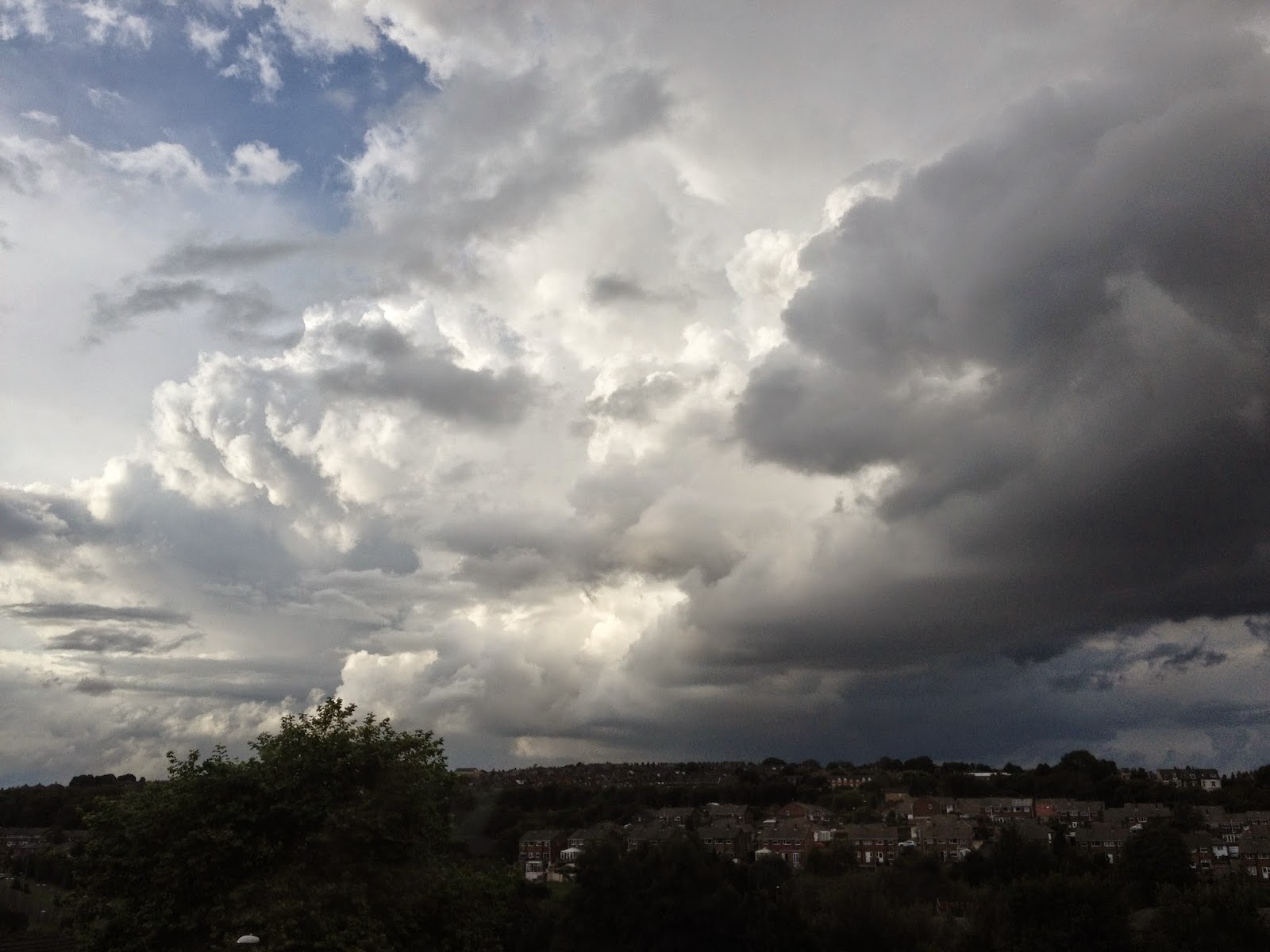 We are glad that you and Andy enjoyed your day with us but we musn't wait another five years to do it all again!!
You are right - you can never have too many walks on the beach!

You've made me feel quite homesick with all your photos.
Someone I worked with lives at High Hauxley.
When returning home along the coast one afternoon, I chanced to stop at Cresswell. (They do nice ice cream there.) Robson Green was busy filming what turned out to be the TV drama, Rocket Man. In between filming he stopped to chat to a group of us that were watching the proceedings.
Looks like you had a lovely time. Let me know next time you're that way in case I'm over, and we can meet up.

I read Anne's blog regularly, and she shared about your visit and what a good time you had together, but it was lovely to see what else you got up to on your visit as well! xx