A Lock, A Flower, Some Mess, Blue Sky and Cassie 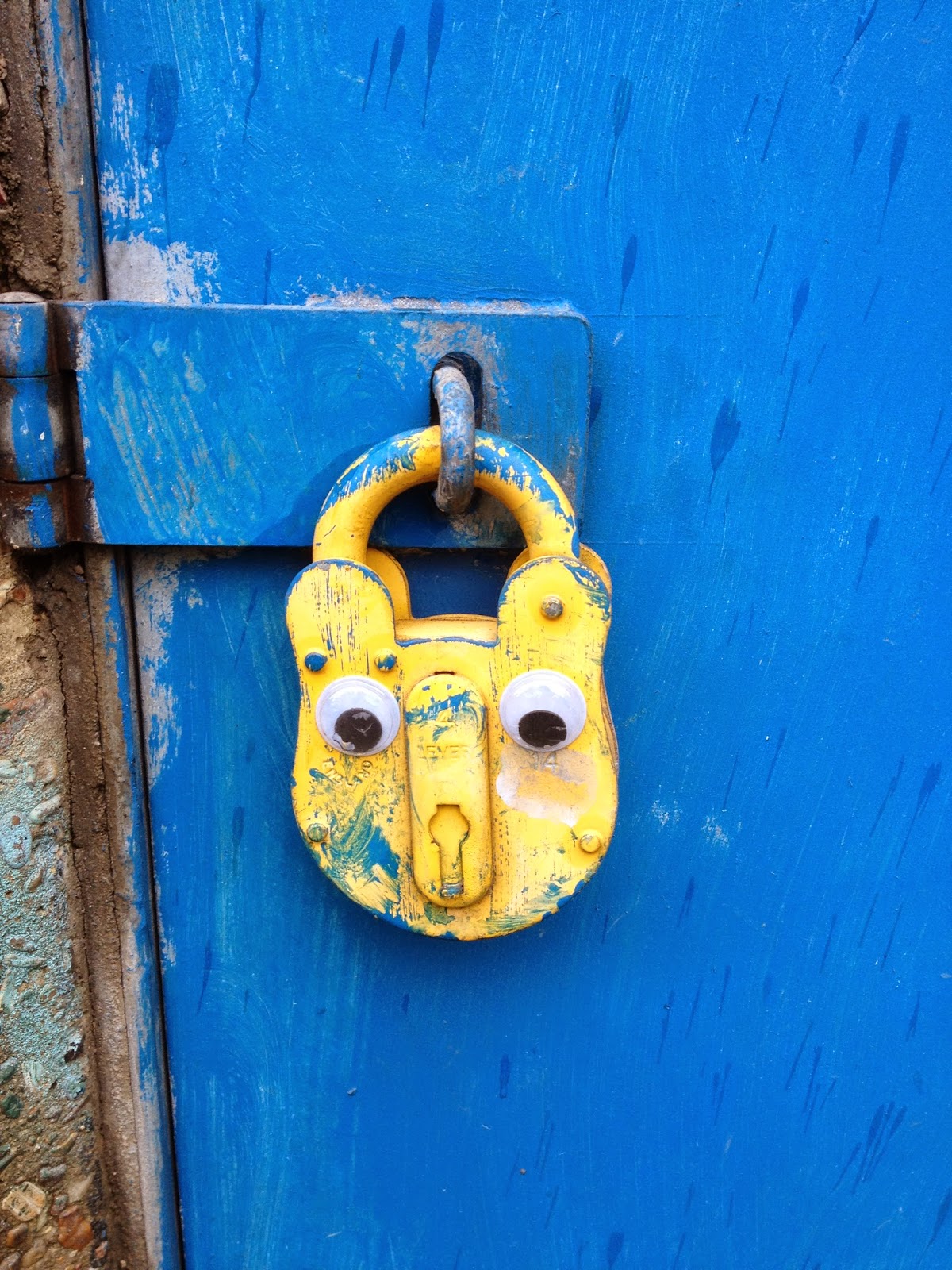 Seen on the way to my friend's for coffee on Monday morning. It occurs to me that I could open this mysterious cupboard under the motorway as I have one of the fire brigade padlock keys from work. But I won't. I might get arrested. Or it might be scary under there. 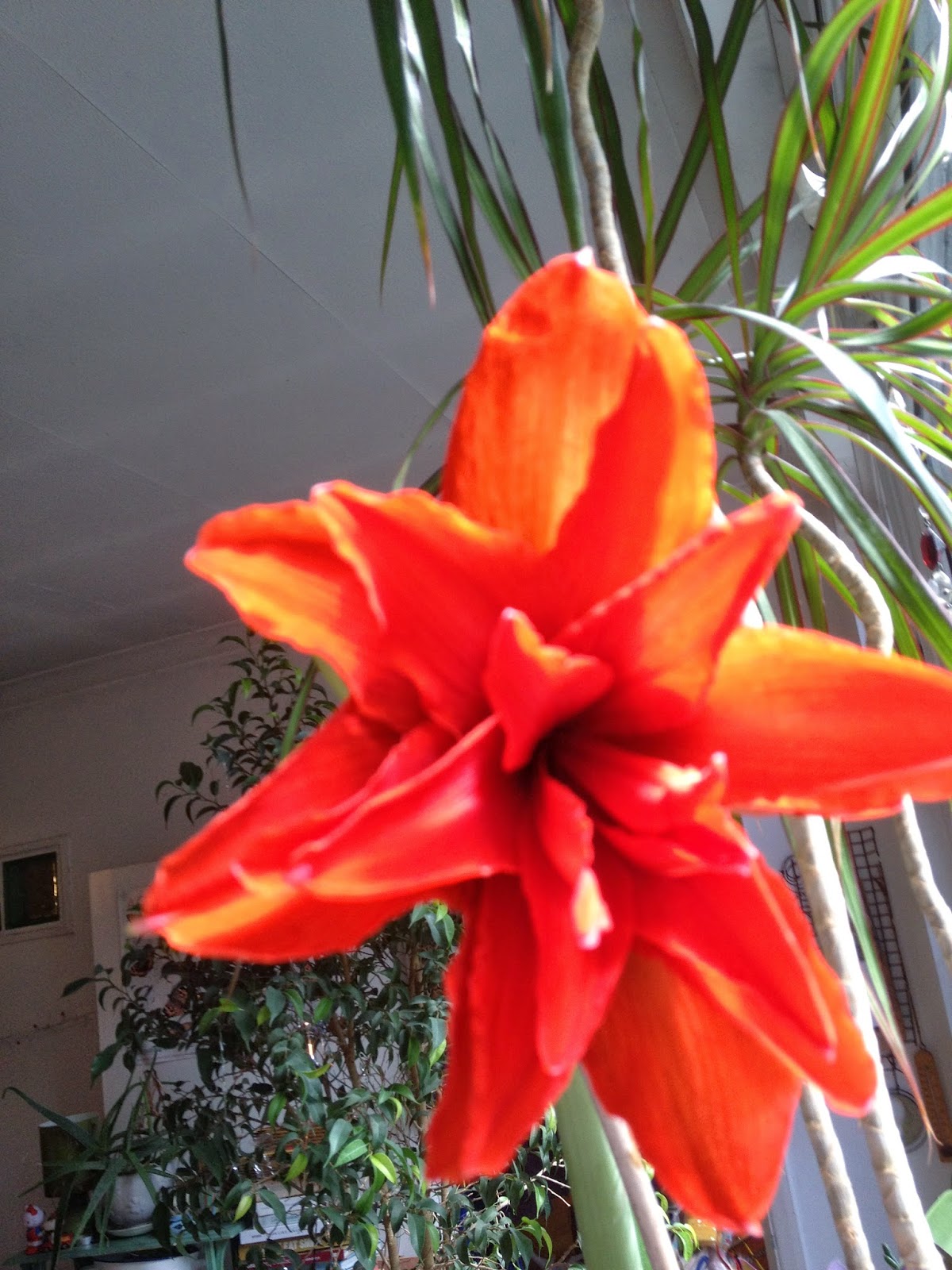 Amaryllis are a little scary. This one has taken four months to bloom. It is nearly a metre tall. It had one stalk that grew up then a second began. The first had a flower bud which was hollow and it withered away. There has been a tiny snail attached to it the whole time it has been growing. I have no idea if the snail is alive. The flower is so heavy and the plant is in such a silly little pot that gravity won and it fell over. I have propped it up with a cane. It looms over our heads as we wash the dishes. 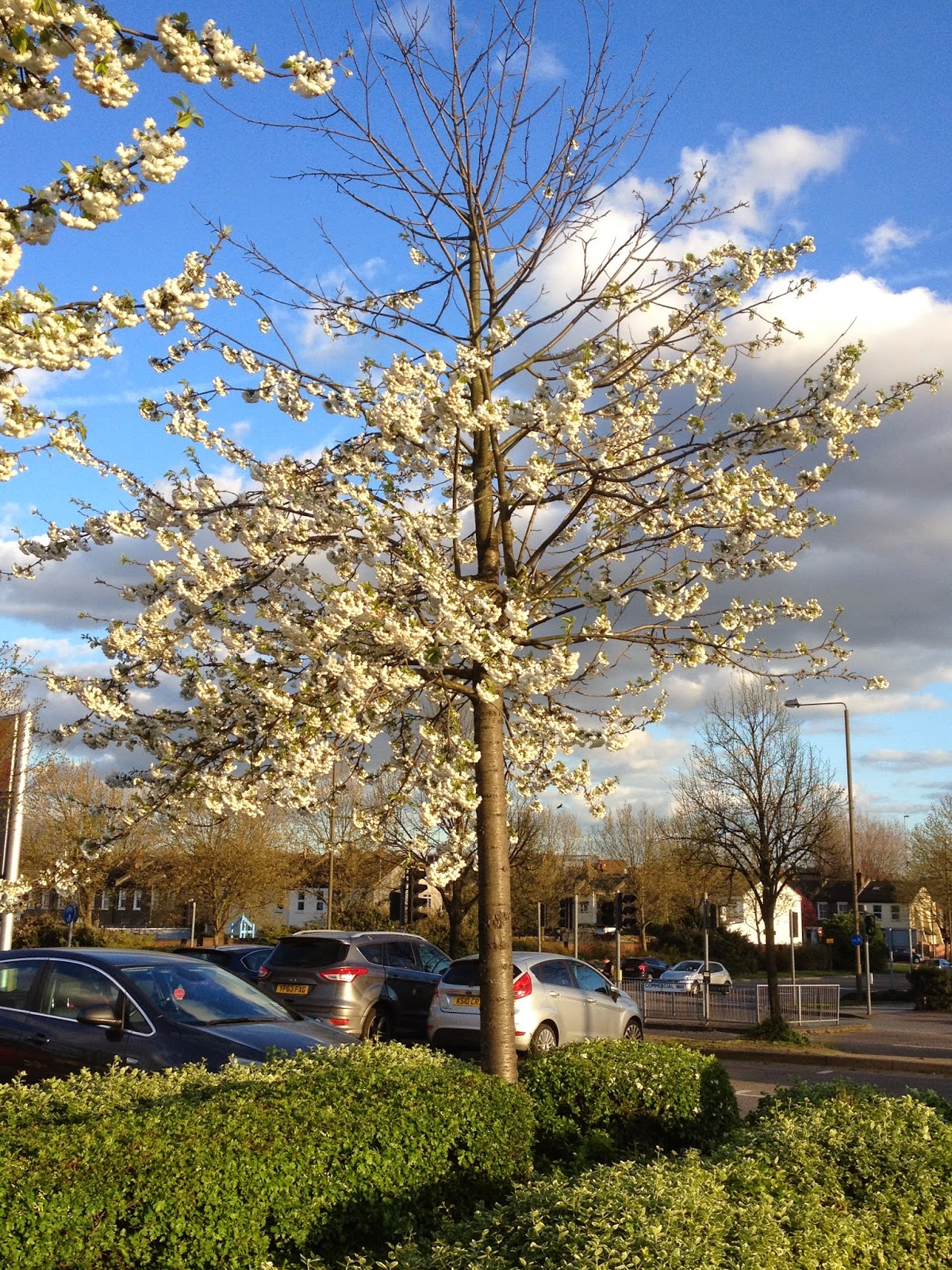 Cold and blue sky yesterday evening. It was cold again this morning but lovely and warm by the afternoon. I have crocheted for most of the day. Crocheting takes so long! I have now made eleven bunnies but want to make a few more. I am doing a bit of granny square bunting this evening. Oh, no I'm not, I am writing this! 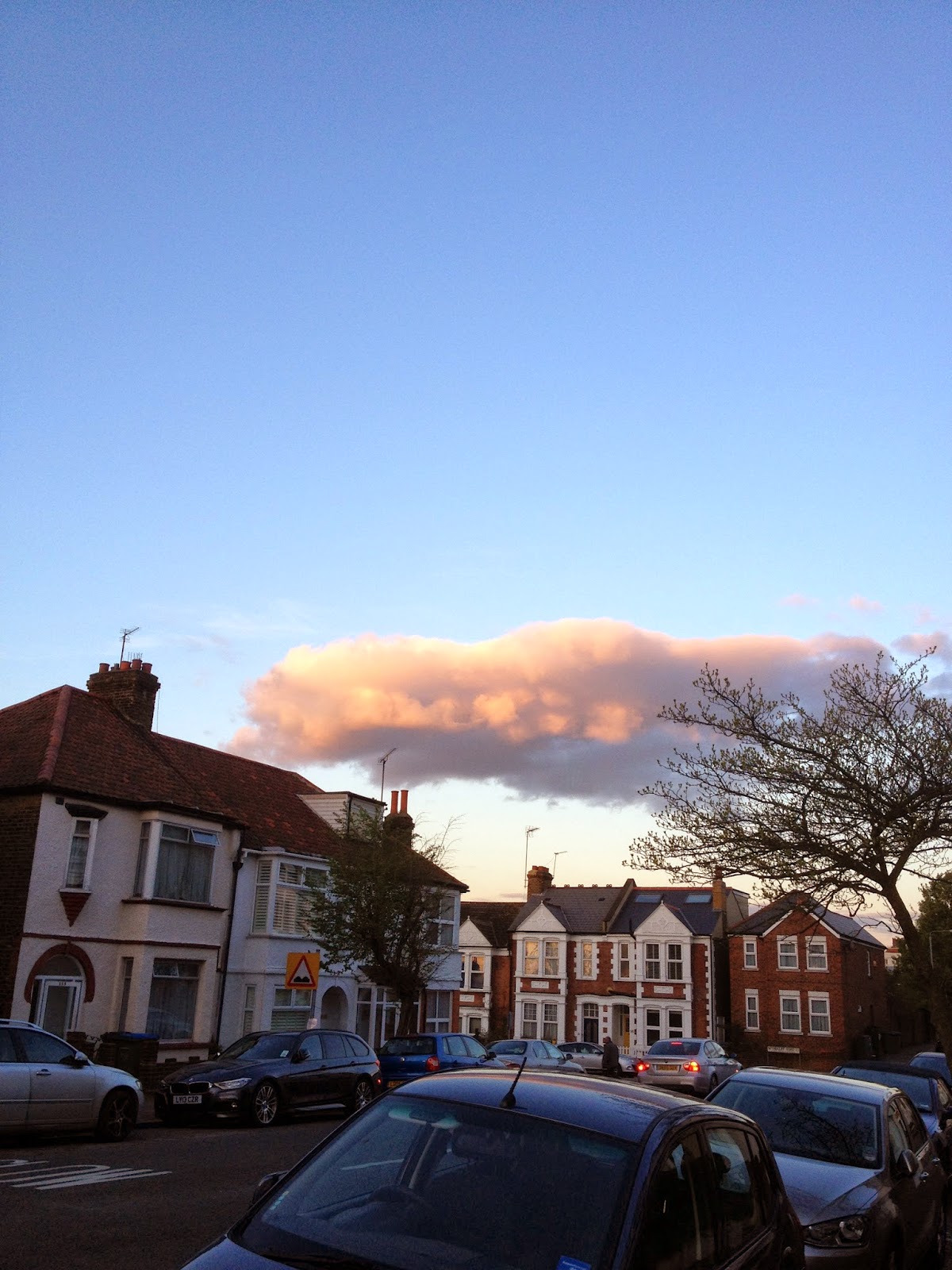 Unrealistic looking cloud, also yesterday evening. I went to Sainsbury's in evening as I spent all day sorting out all the stuff for the stall. The flat was a complete mess for most of the day, but by the evening was pretty tidy and clean. There is a photo at the end of this post to give you an idea. Watched 'Hoarders' this afternoon and felt smug as I am actually hoping to get rid of some of it. For the last few months I have had the excuse that I am buying stuff to sell. What I didn't realise was quite how much! It was interesting to get it all out though as I realised that I have certain dominating tastes-blue things, rabbits, aluminuim, toys. Or maybe I did know that but seeing all the things together proved it! 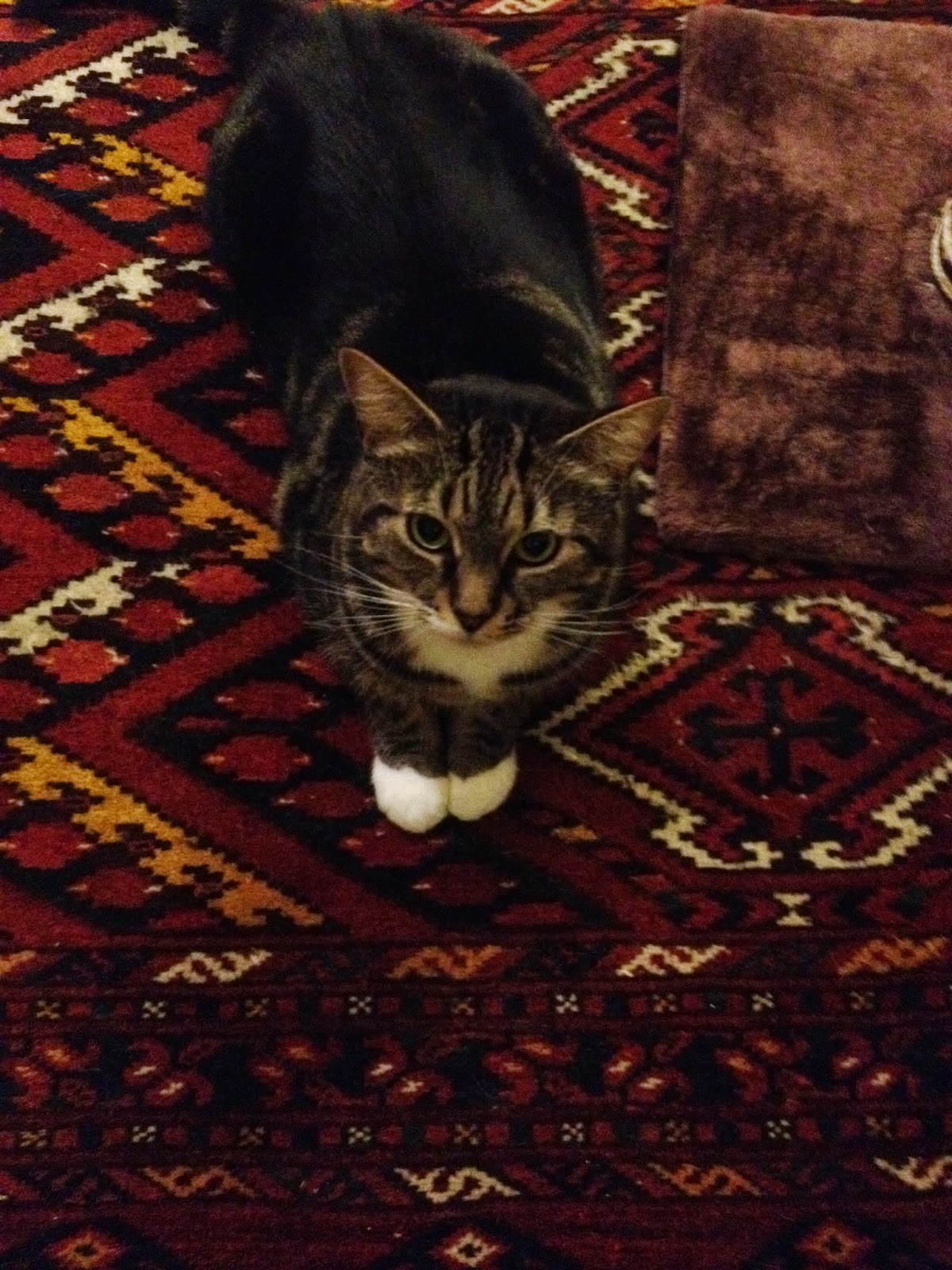 A grateful Cassie at the end of the day. She slept through most of the messy time, unlike Lily who was most unhappy. 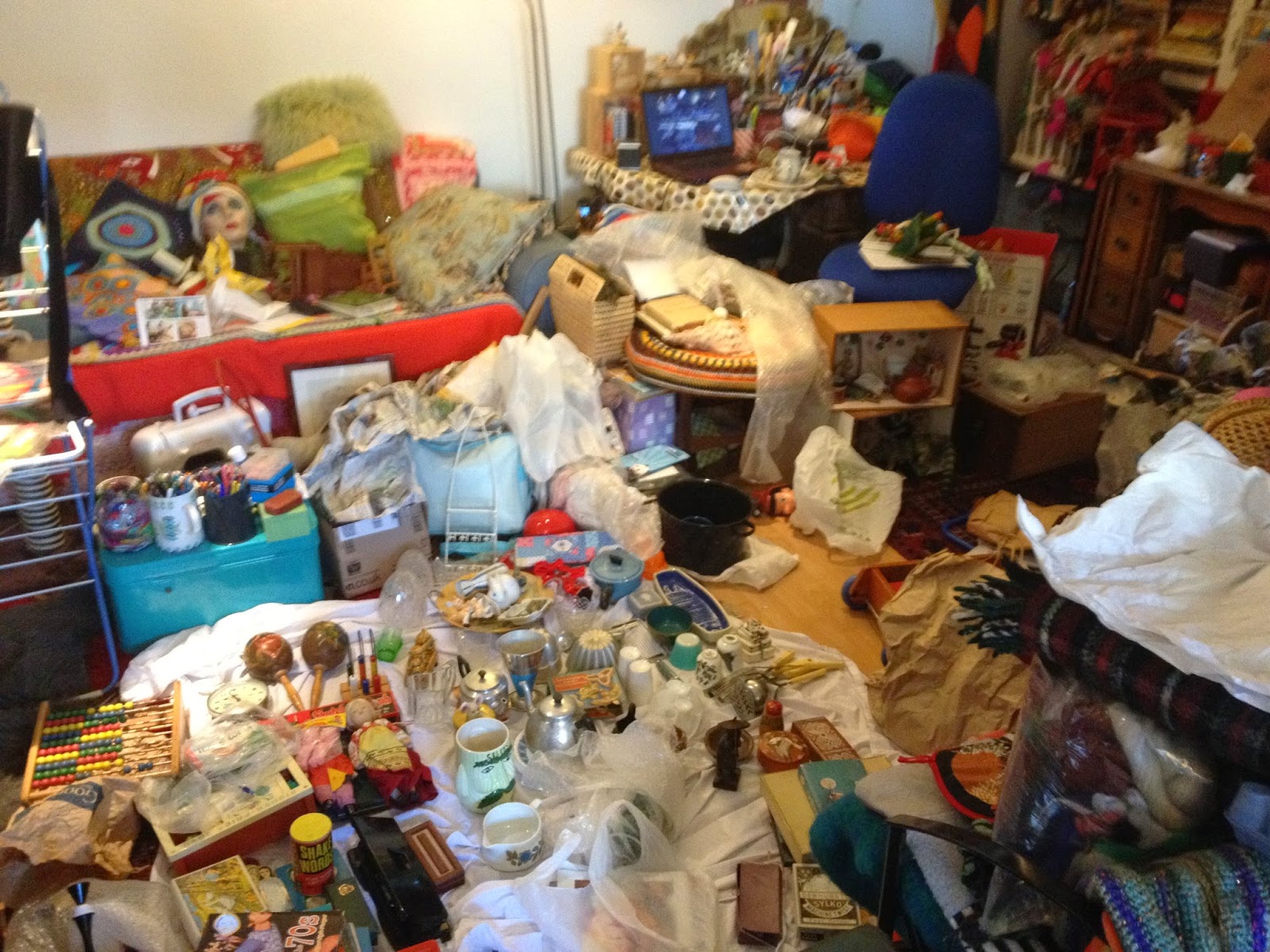