Yesterday we visited some freinds we have not seen for about ten years. I don't know how that amount of time went by but go it did! It was lovely to see them, and their now virtually grown up children, plus their lovely dog who we had not met before but who has been with them for six years! 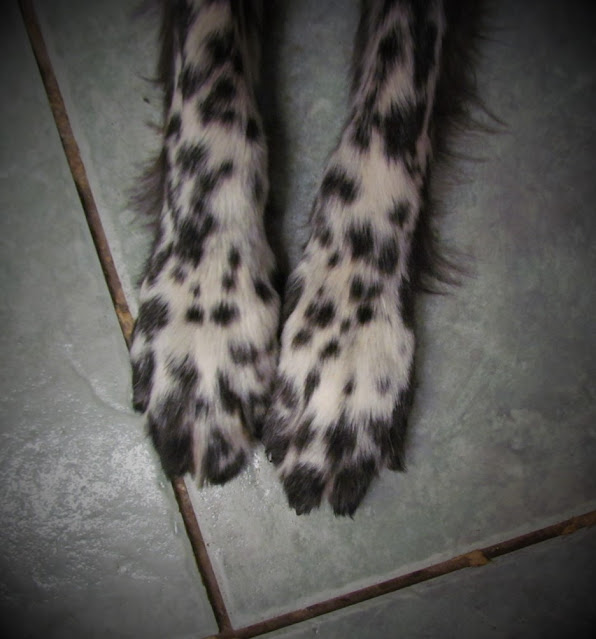 Here are his beautiful paws. 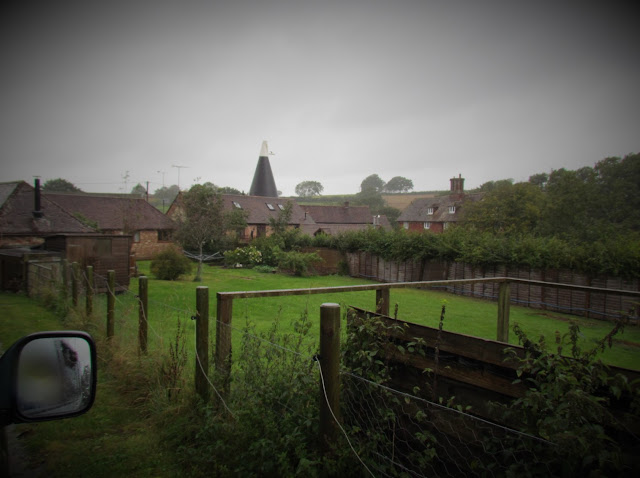 Last time we saw them, they lived in Hastings, where they had moved from London. Now they live in Battle, in the countryside on a smallholding! They only moved a little while ago but have great plans for what they will do there, including an orchard in one of the three fields. It is all very exciting. Because the weather was so bad yesterday, we drove around the fields while they talked about their plans. We had a lovely lunch, then had to rush off to get the train back as I had a cat to feed. We must be better at going to see them! 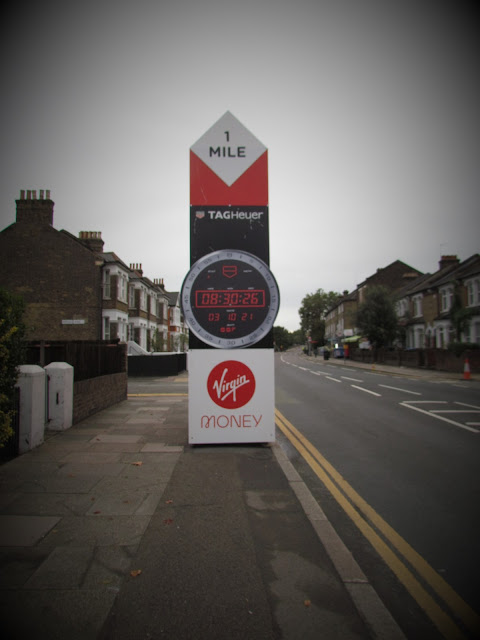 Today was the London marathon, back to reality but later than normal in the year. We went for a little walk before it started, as the main body of runners (not the elite athletes) run past the top of our street. Where we lived in Deptford years ago also had the marathon at the end of the road. 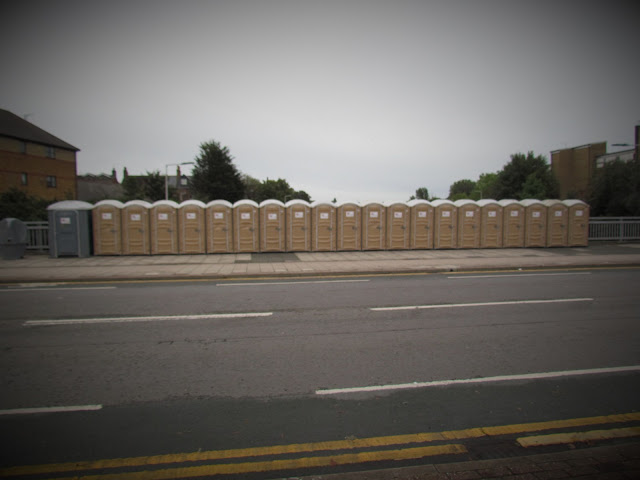 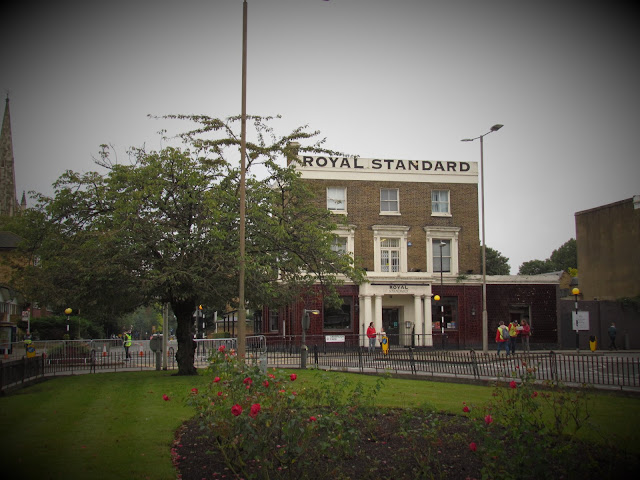 The Standard is the area near to us with shops and a pub. I like the 1950s style garden in the middle of it. Standing around were lots of stewards. It was lovely and quiet without traffic. 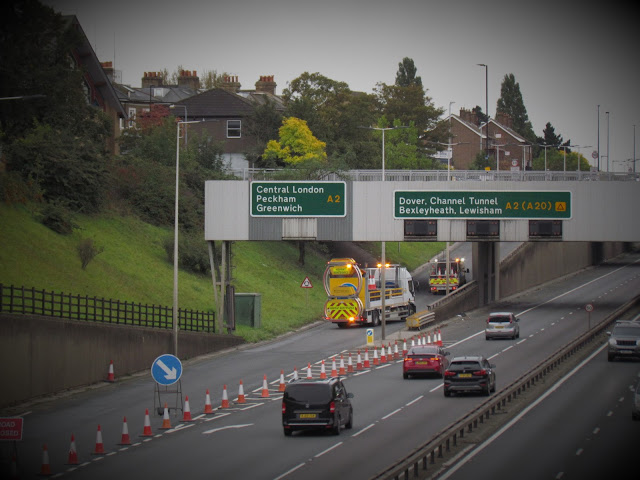 This is the A2 with lorries blocking the exit. The elite runners go across the roundabout at the top of this slip road. 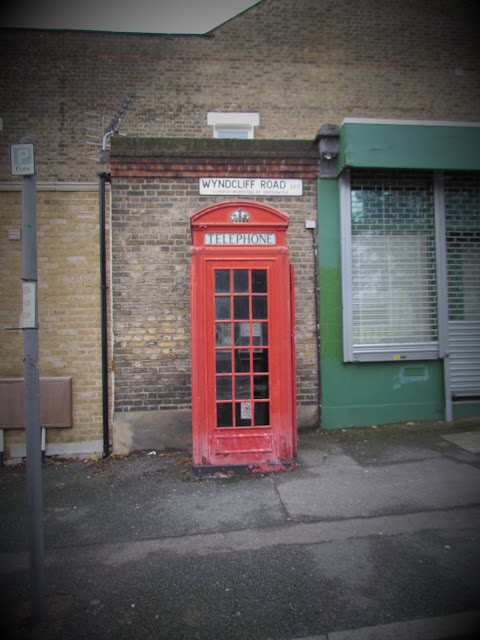 Nothing to do with the race, I just like old phoneboxes.
I rushed up after my breakfast to just take a couple of pictures of the runners. I did have Racer in my bag but she decided not to get out. The two men behind the motorbikes were the first runners to pass by. 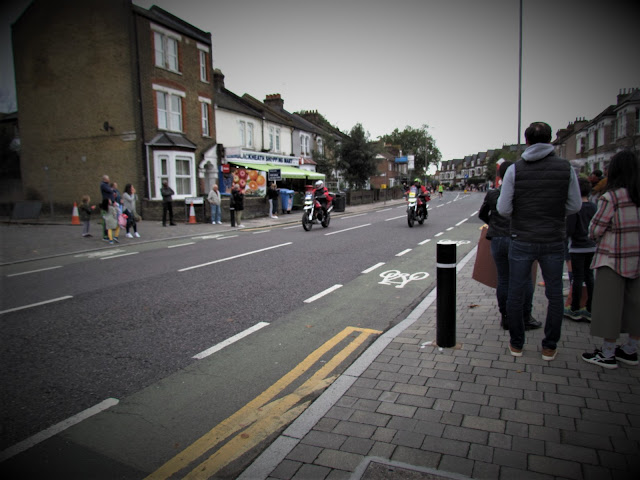 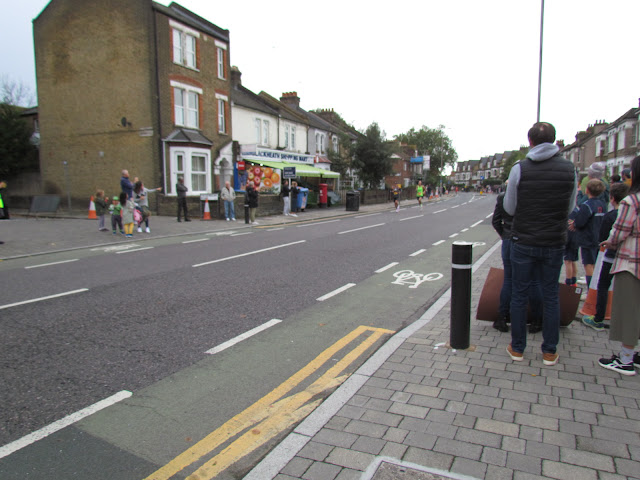 You can just about see them here. I had my camera on some weird setting so the pictures are not very clear. 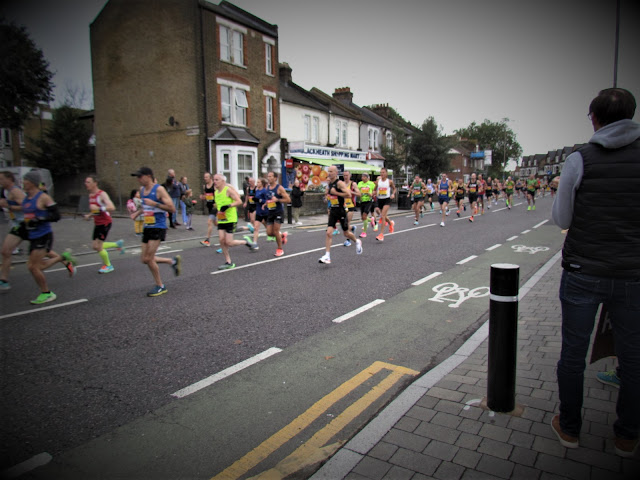 I tried running once, unsuccessfully. In fact I hated it. Painful and no fun. So I greatly admire these people! The fastest runners are running at around 12 or 13 mph all the way. Incredible!
Posted by Sarah at 12:15

I like to think of little Racer in your bag, picking up on the excitement of it all!
It’ll be fun to see your friends’ fields change over time.

Those are a very nice set of paws.
I am sure that Racer might have felt intimidated by the runners- I do not understanding running for fun or challenge- I did not even like to run as a child- skipping was fine but running gave me a side stitch. Dancing was good too, running never appealed to me even when my cousin was chasing me with a potato bug.
Your weather looks like here.

I've never been a runner, although I have sprinted to catch a bus more often than I'd like. These days, I'll just sit and wait for the next bus.
I'm sure Racer picked up on the excitement enough to tell her sisters about it all.
Love the dog paws and that row of toilets! That's what I call good crowd catering.
Three fields is a SMALL holding?

I had no idea the London marathon was this weekend. Where have I been?!

That dog DOES have beautiful paws! Do you have any pictures of the rest of him?