Here is my shoe doll, standing against the distressed wall. The idea for her came from a doll made from a shoe in the Edinburgh Museum of Childhood that I saw years ago when we were visiting Andy's parents. It always stayed in my mind as it is such a poignant item. I had not considered making one until recently, when trying to think of what to do with the old shoe soles I have collected from the Thames foreshore. I want to do embroidery on some, but this one was the perfect size and shape for a doll. Her hair is embroidered using some second hand thread. Her face is drawn with Polychromos pencils. 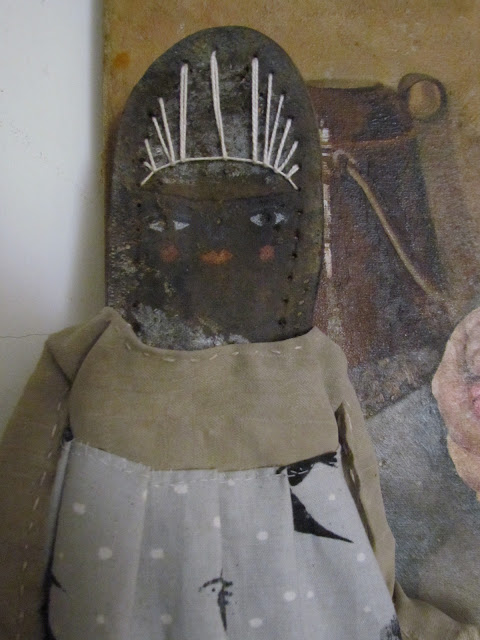 The top of her dress is made from a piece of fabric I found on Dungeness beach years ago. It is very well preserved, and when I started cutting it, I realised that is because it is some horrible nylon type stuff that would probably last forever. The bird fabric is a recent purchase and is so lovely that I wanted to use it. 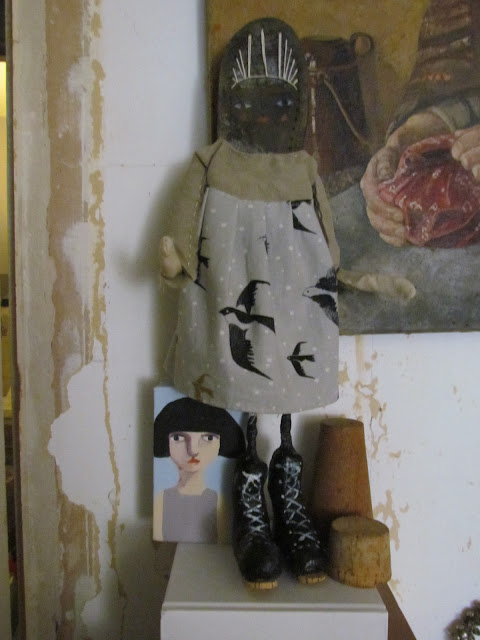 The copper wire supporting her legs was also from the river. I got a whole bundle of it from the foreshore in Woolwich-a great find! She is the third doll I have made from mudlarking finds. Here is the first. And the second. 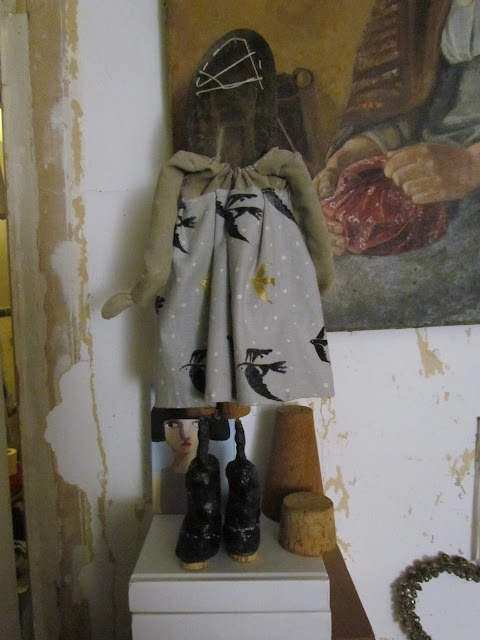 This is to show the back of her dress where I had to gather it to make it fit her flat body and her arms. I think I originally was going to put a hat on the back of her head, or I would have made a neater job of it. 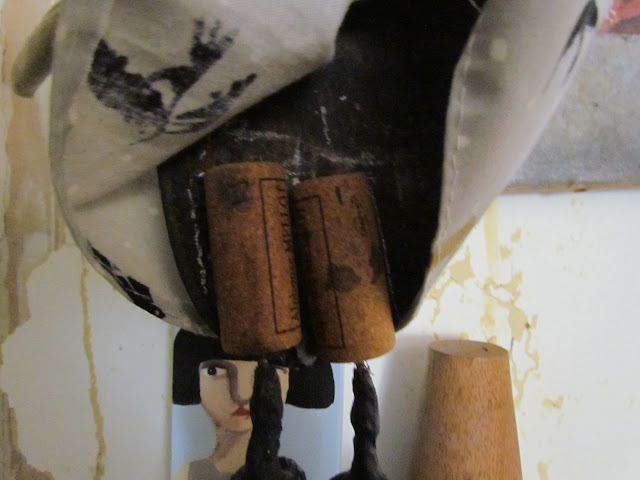 This is how I fixed her legs in the end. I halved a cork, embedded the wire in the surface in a groove, then glued them on with silicon glue. It takes a long time to dry, but is pretty strong once it does. 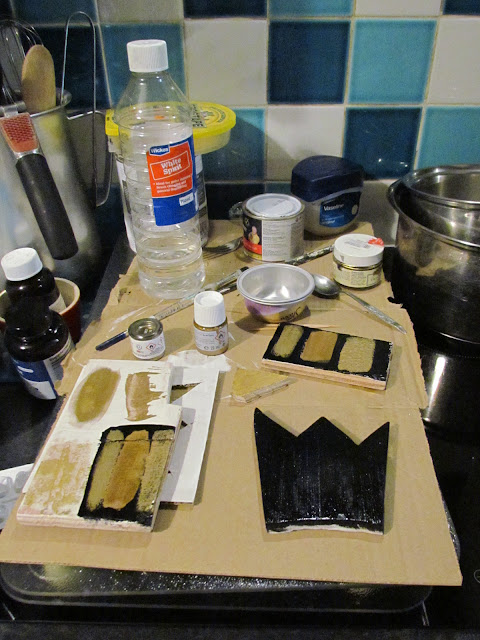 The thing I have been working on this week is the crown for the second frog. He is the Frog Prince, so needs a crown. My Dad could have made one much more easily than me, but I wanted to do it. Above is my paint experiment area, trying various gold options. I was going to paint it yellow, but my yellow paint has gone lumpy, and a new tin is expensive, so I am trying gold stuff I already had, well, apart from the tiny tin of enamel paint, but that was a few pounds. 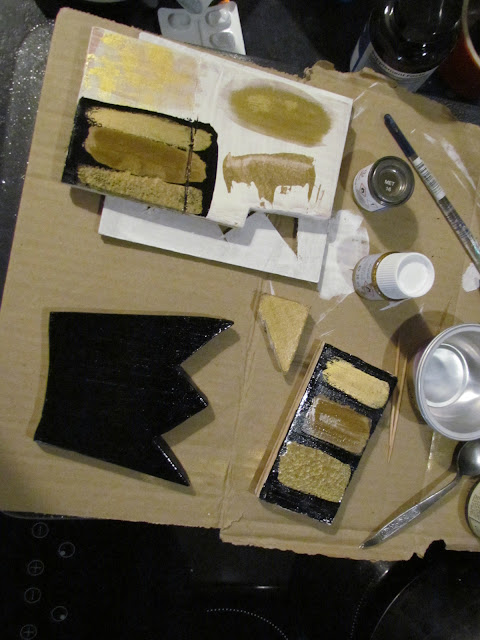 In this photo it is easier to see the effects. The one at the bottom of the rectangle piece of wood is my favourite I think. It is Pebeo Prismé paint. They produce an effect that looks like hammered metal. It is oil based so should be ok outside. My other option is a gold wax, which I would have to varnish, so the little triangle has that on. I will decide in the morning!
Posted by Sarah at 15:09

I love the doll! It's great that you give new life to the stuff you find while mudlarking. I bet you could sell that copper wire -- isn't copper valuable?

Sarah Belle! That sole sister is the best! Extremely good! What a find in Thames, it shouted out to you "I want a life as a sole sister". And so you did. Very good!

The doll is very clever, I would never see an old sole and think of making it a new soul.

Thanks Linda Sue and River. I like a new soul, and sole sister. Both good names for the doll! Steve I don't think the amount of copper I have would make me much but good idea!

Sole Sister is extraordinary--I love her!--you are a true alchemist of flotsam and jetsom...
The corks are a clever solution.

I wish I could see the whole painting behind her--hand bundling up a bandana?

The face in that wonderful little painting of yours looks like a cat doll person.