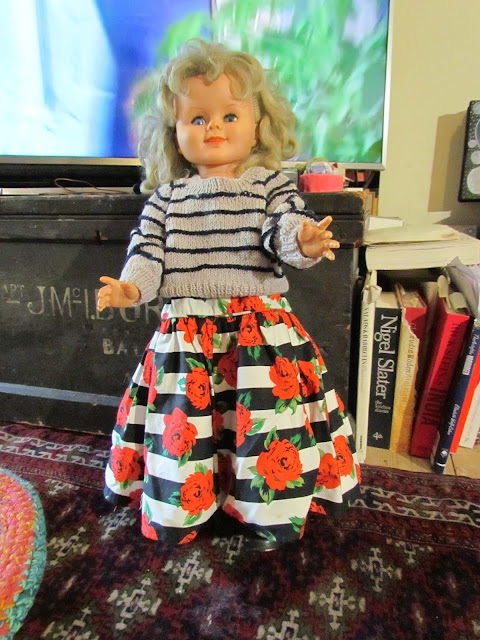 This is Julie, my doll from when I was about four. I have a picture somewhere of me walking along holding her hand.She is looking quite scary in this picture but she isn't really. She used to talk, by the magic of little coloured records that went in her back. I can't remember what she said. She also 'walks', with a little manipulation. Her clothes when I brought her back from Mum's, where she lived for a long time, were a white lacy dress and a blue and red stripey poncho. This dress and jumper are from a charity shop. She is just about big enough for small children's clothes. The trunk behind her belonged to one of Andy's relatives, Captain Borland, and makes a good tv stand. 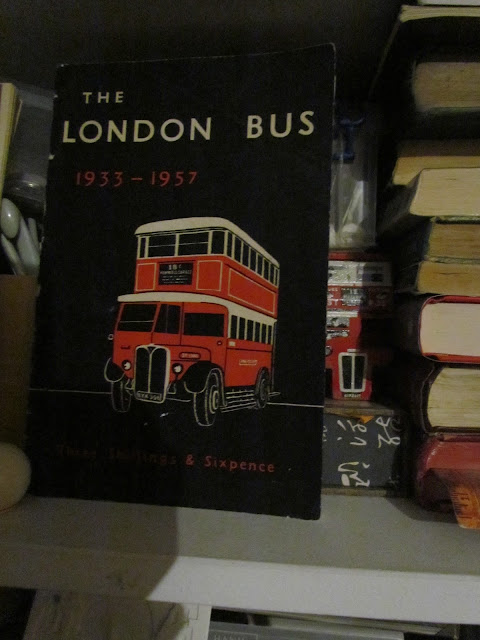 This is also from a charity shop and was bought for the front cover, rather than the information inside, though it does have lots of photos of great old buses. Just behind is a wooden London bus from a great junk shop in Greenwich. 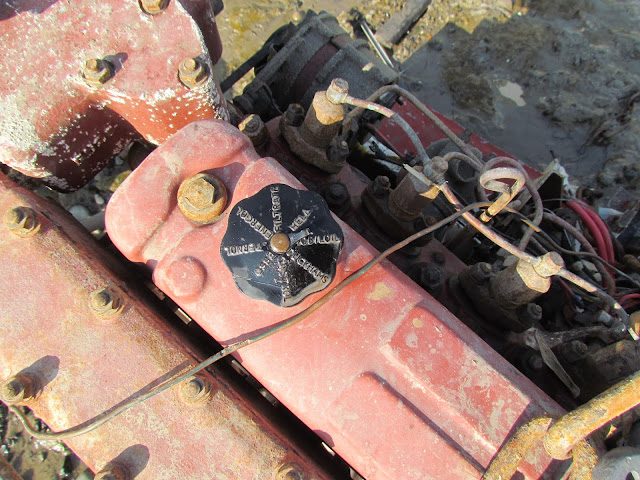 The final red and black picture is from a recent trip to the foreshore. This is the oil cap (I think) of a recently deceased boat near the yacht club. At the beginning of the summer the rest of the boat was there, but now only the engine and a buoy remain, too heavy to have been broken and floated away. I would really have liked to take the oil cap, but I thought that if I did then the oil inside would get into the river so I left it. I did find a light with glass still intact, an enamel dish and some cutlery, all of which I took. 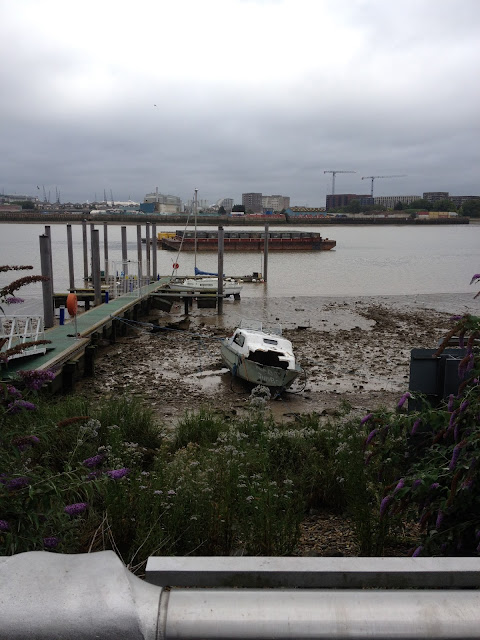 This is what it looked like. I wonder who it belonged to and why it ended up there. Just next to the pier is another wreck that has been there all the time I have been going there. So now it has a friend.

A case of like attracts like - nothing should be lonely. I do like the fancy skirt on Julie, i would wear that to the Gala at the Met if i had a million dollars to spend on the Met. The foreshore looks gooshy, all the better to dig in.

I think it is sad when boats die. They have such useful lives, sailing the ocean waves for fun or business, then they are just left and sometimes forgotten. I like Julie's clothes.

That oil cap is very tempting... But yeah, it's doing its work.

I picture Julie wearing her red and black skirt on the London bus. :)