A crocheted toadstool. A fly agaric. I made it on the train on the way up to Northumberland this weekend. It has stayed there, much happier in a rural location. I was looking in my mushroom book last night for ideas of other ones to make as I always go for these fairytale ones. The white spots are part of 'the universal veil' a covering that protects the growing mushroom and which splits as it grows, leaving behind the spots. I have only seen one of these for real once, in Soctland on a walk up the hill from Crieff Hydro. It was quite big and had faded to an orangey brown. 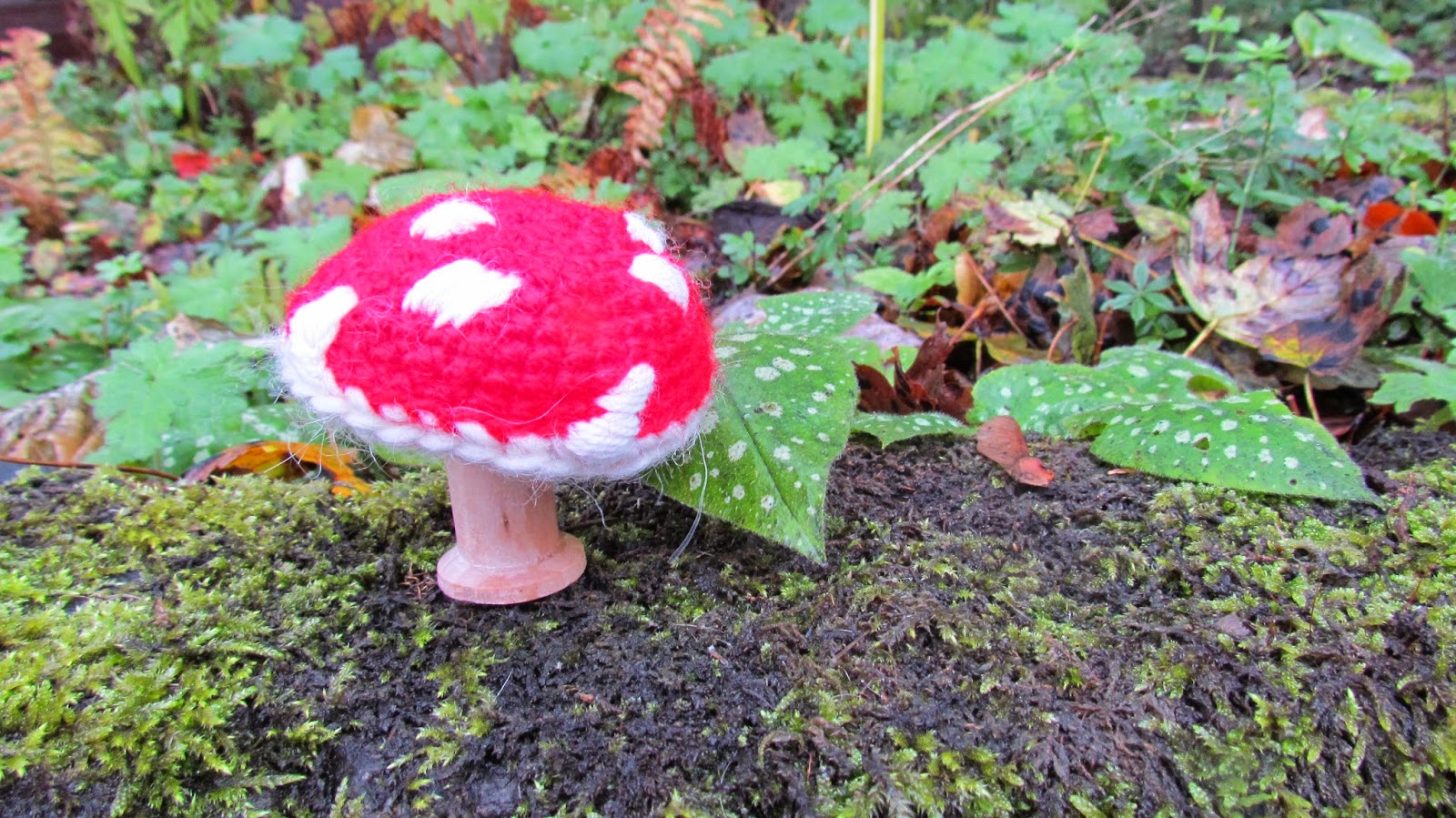 The mouse is not what I set out to make. I want to make a witch, and thought a cat witch would be good. However, due to lack of planning and pattern making a mouse head appeared. Once it was sewn I couldn't work out how to make a standing body so I gave up and turned it into a felt taxidermy mouse. I like a lot of the pretend taxidermy around but have never thought of making some as it is not my idea and I feel a bit cheaty doing that. However, as the mouse happened by accident I don't feel so bad! 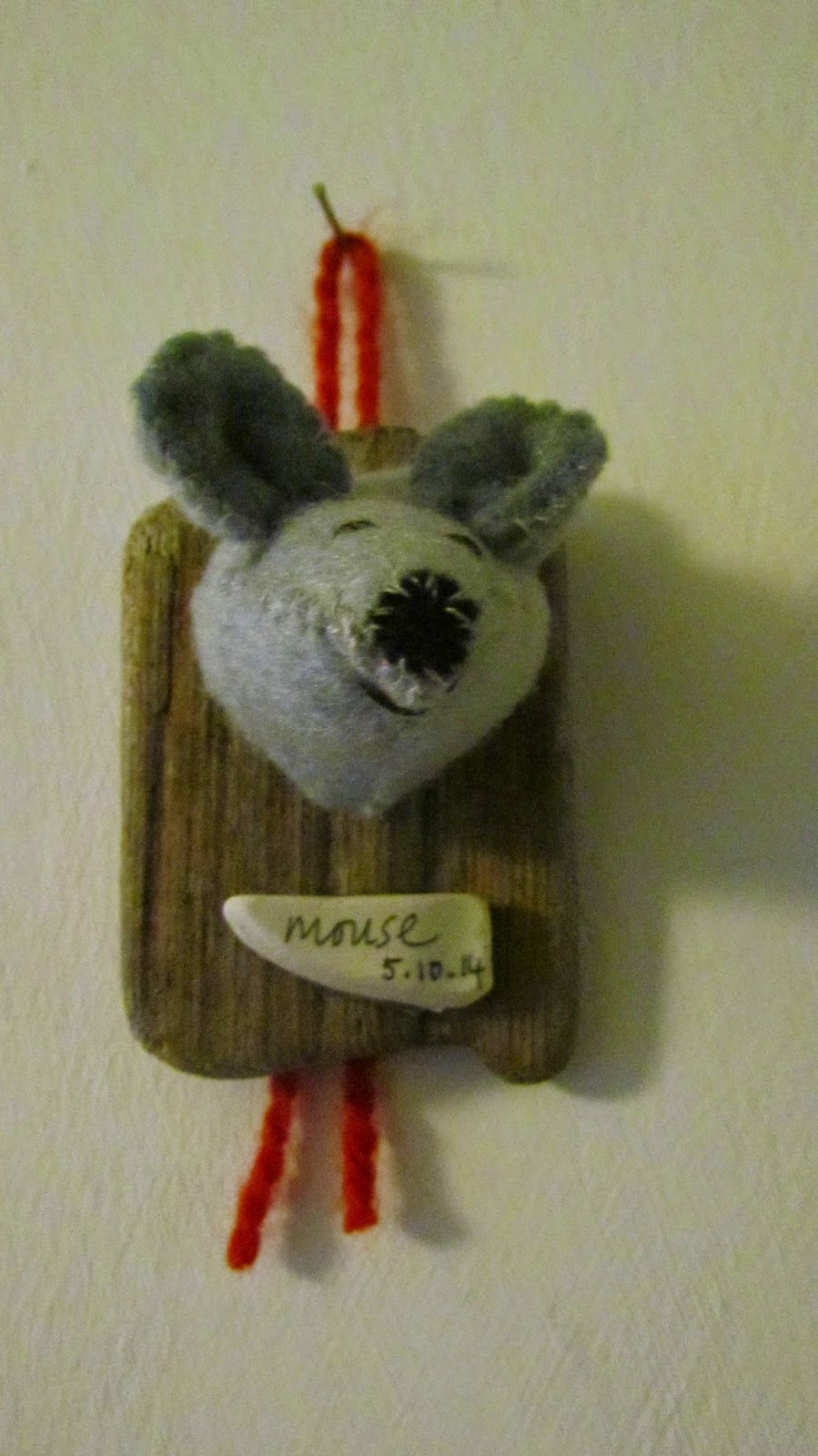 We stayed with an old friend this weekend, who lives in the most beautiful place. We met his girlfriend who is an artist who does taxidermy as part of her art. I was so excited! (You know how I love taxidermy) She has three freezers with animals waiting to be used! When we came back home on Saturday our friend got a bag out of his freezer and gave it to me. Inside was the most perfect mole. It was so soft and fascinating to see it so close. Someone found it dead and gave it to him. I wish I had taken a photo but it didn't occur to me as I was so enjoying looking at it. So taxidermy was in my head. 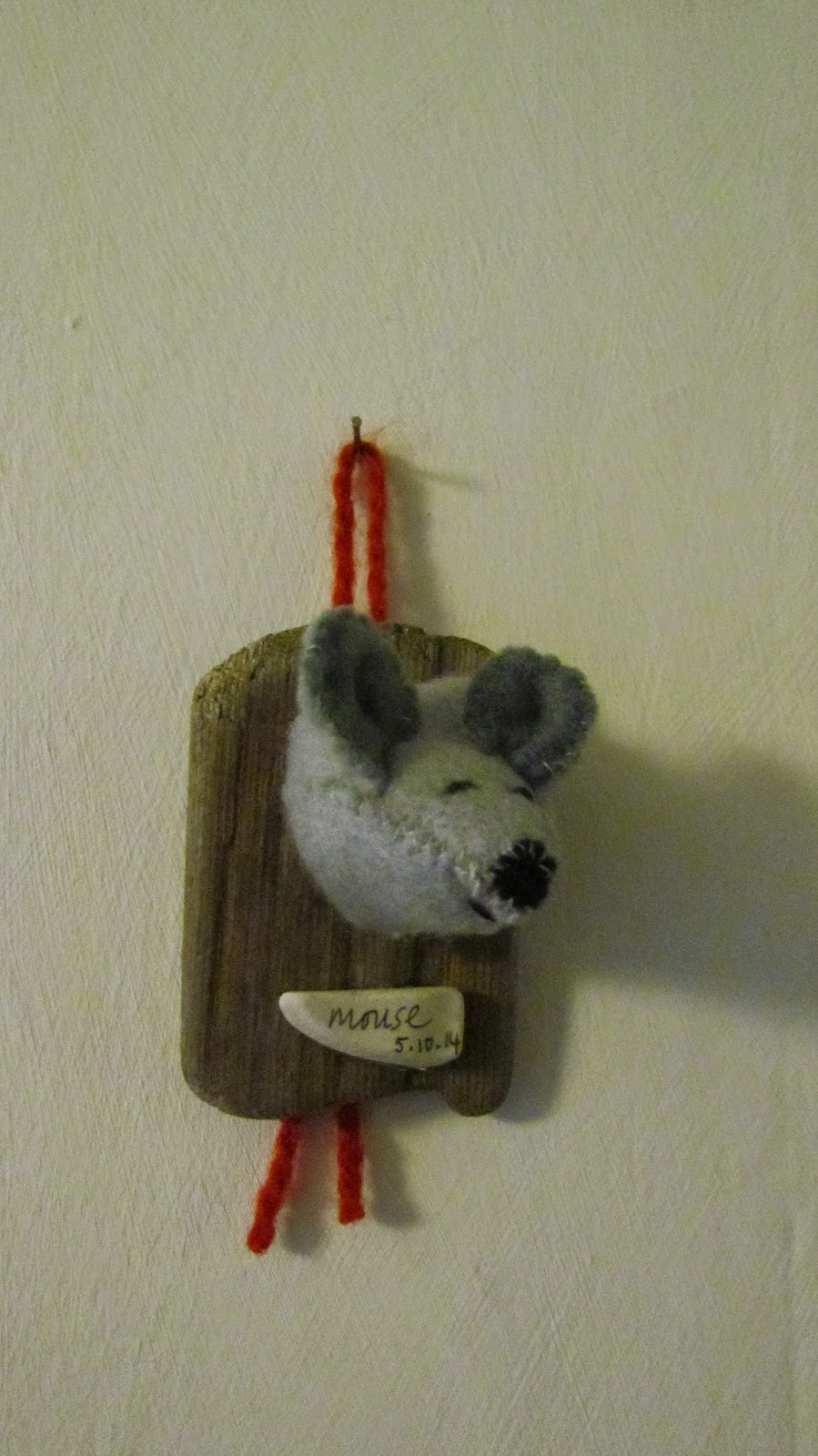 The piece of driftwood is from Dungeness, from an as yet unsorted bag of stuff I got ages ago, on one of the last weekends before it all went wrong at work. There is some really great stuff in there. I am hoping to use some of it on another project I am working on but that is not yet ready for sharing!
Posted by Sarah at 10:19

I love the mouse! So creative! Even if it's not your idea -- and who cares about that, because it's all in the execution, isn't it?!

I like the toadstool, too. Much less poisonous than the real thing. :)