As the giant chased Jack down the beanstalk, he lost one of his boots. He rang me up to complain about this. I passed his message on to the children and we decided to make him a new one. We looked at the giant's baby's boot (the size 12 hiking boot on top of the model) as the giant wanted his new boot to be just like it. We had a lovely week making it, finally finishing yesterday by painting the sole of the boot around the bottom. 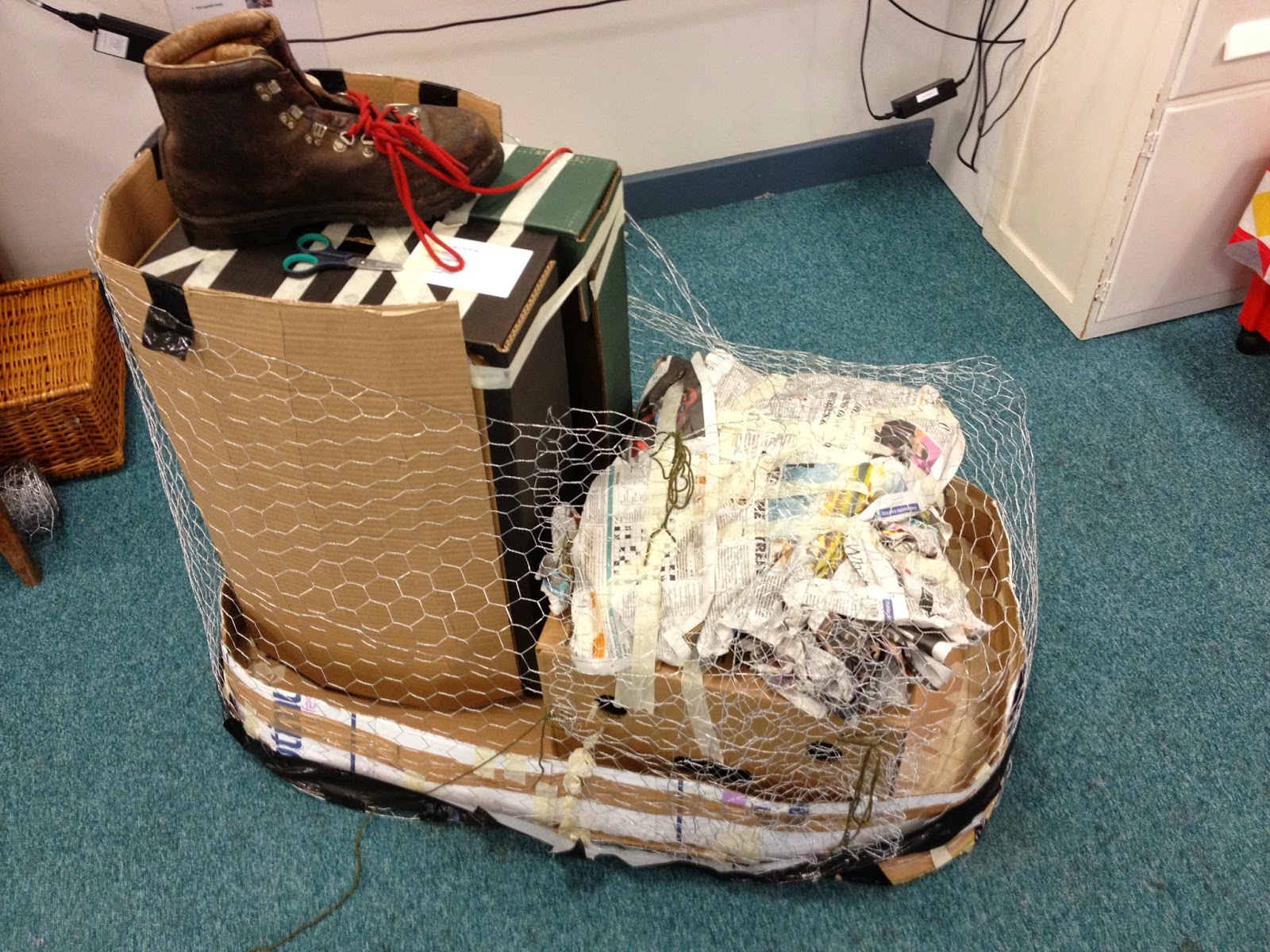 There were opportunities for all of the children in the nursery to work on the boot if they chose, but there ended up being a kind of core boot making committee, who were there at any time the boot was in production. Each part of the process involved them fully, the only really adult done part being to cut the chicken wire. We are proud of our boot, and received a lovely letter from the giant telling us how pleased he was. The boot will go to him over half term, but then come back (for a display) at the end as he will be wearing his sandals in the warmer months. 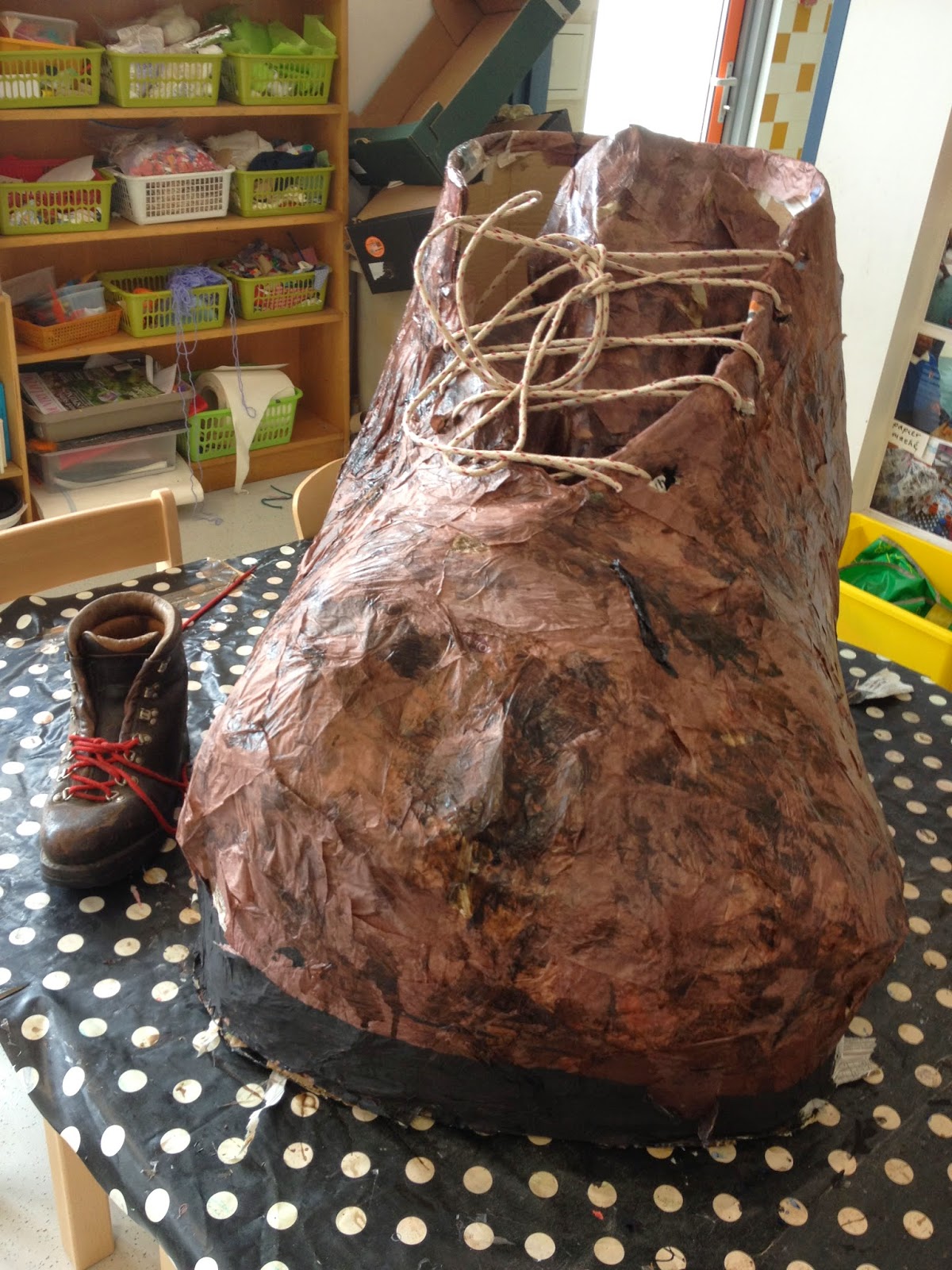 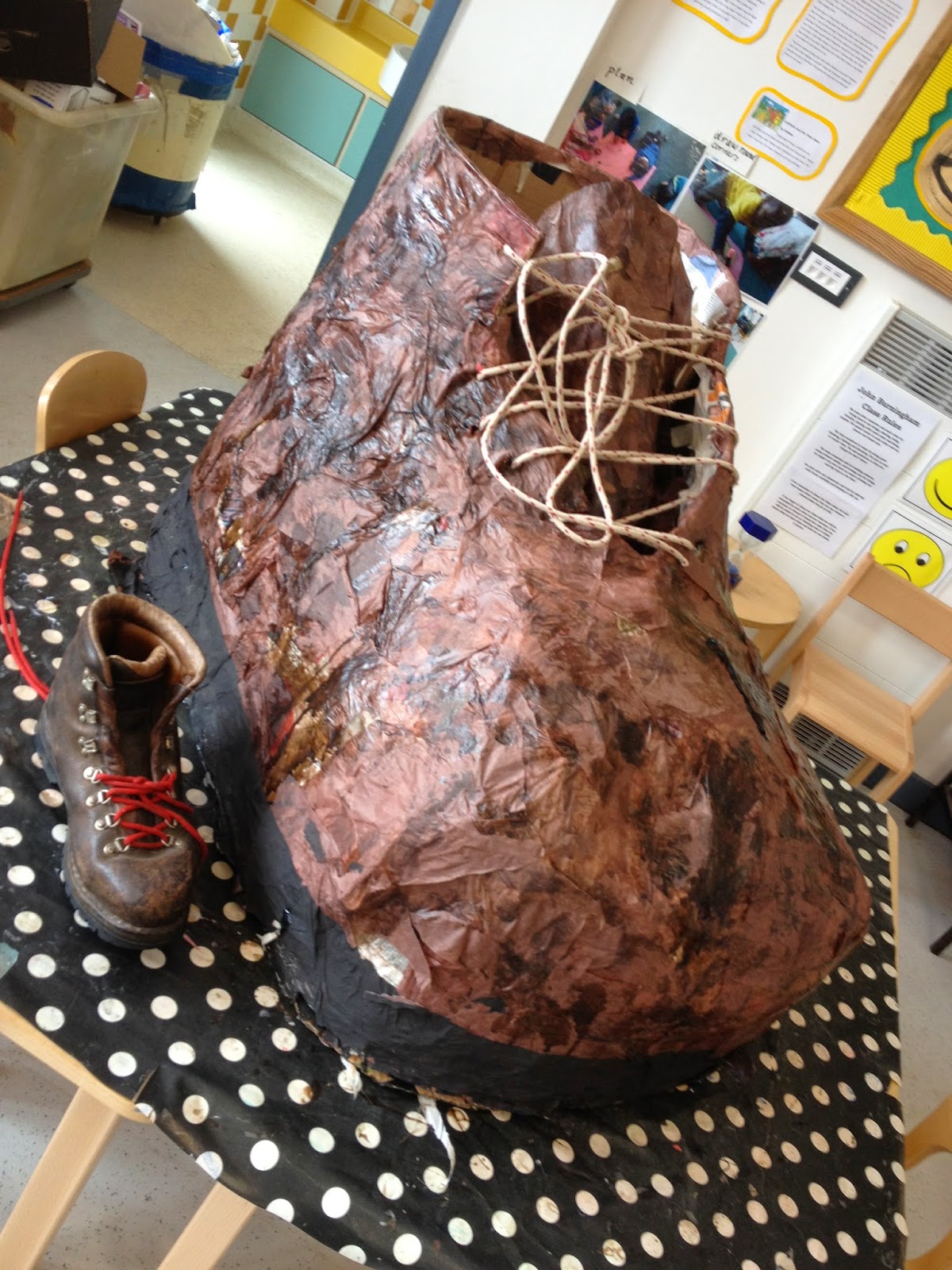 What also happened last week was Ofsted. Wednesday afternoon we found out. They were in Thursday and Friday. We had staff from the other school we are partnered with in to help us which was great. Most staff were there until 10 or later on Wednesday night. (I was there till ten then went home and worked till half one) One teacher didn't go to bed at all. I felt alright on Thursday, in fact remarkably positive. After another late night on Thursday I was then exhausted and emotional on Friday when we were properly observed. I had a terrible carpet session, one of the worst I have ever done, then nearly cried on the inspector. She was very nice and told me 'shoulders down, deep breath'. She asked quite a lot of questions which I think I answered ok but it was so stressful. I was really upset afterwards and if it hadn't been for lovely colleagues might just have given up there and then. As it says at the end of my last journal below-FIN! There was no result given on Friday. Then Monday, Tuesday and today. We still don't know what the judgement is. It will be either Special Measures or Requires Improvement, (the old Satisfactory) Neither is good but the second is preferable. On top of that the pressure of the rapid changes in how we do everything, plus looming report writing, and yet more assessment tracking updating, means I am feeling very trapped and a bit desperate at the moment. 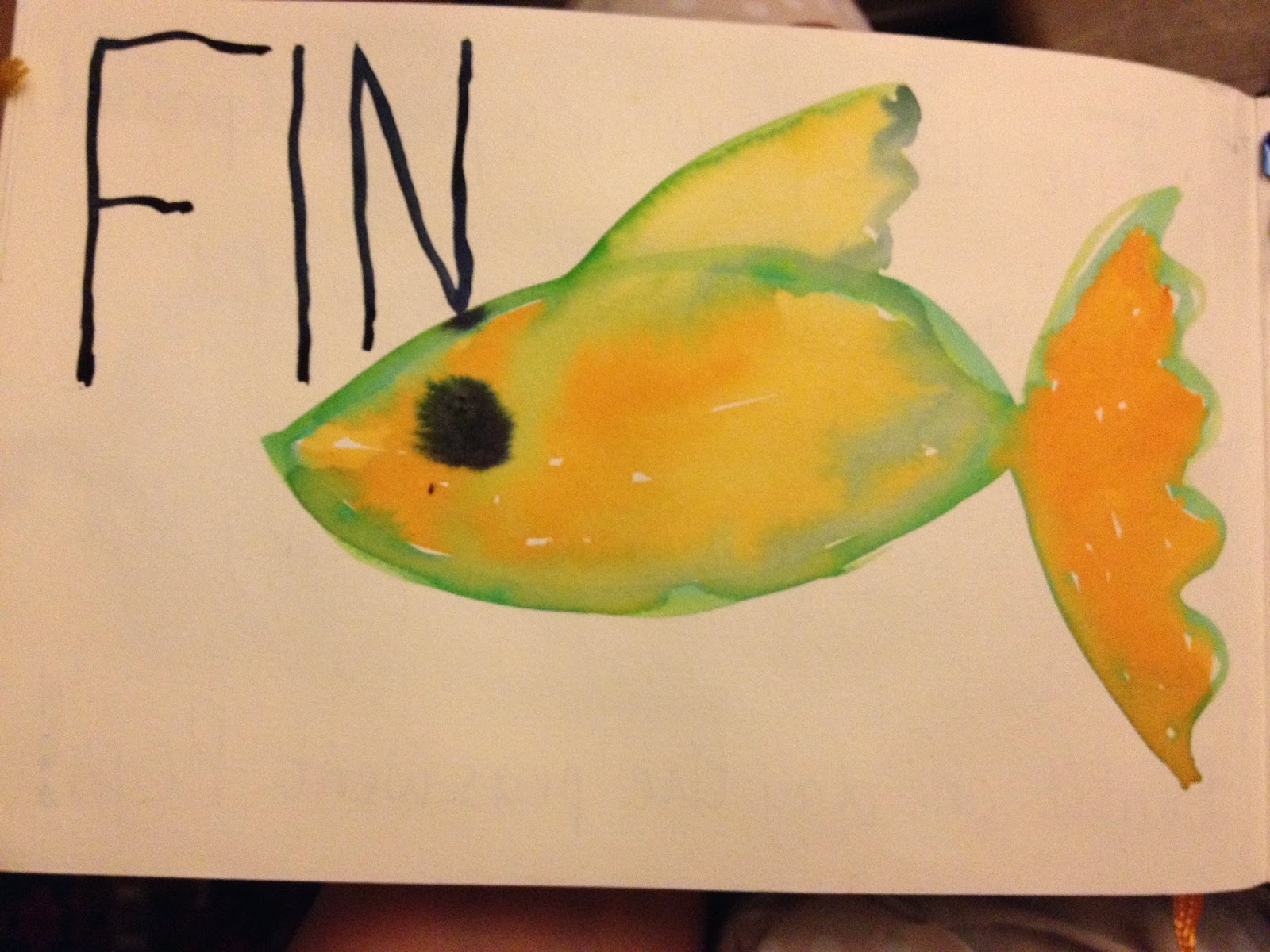 The day before Ofsted, I had started making some fabric flowers like this one-you cut circles, then petals then fold, glue and attach around a circle. Some pretty beads in the middle and voila a lovely flower. That has been on hold. 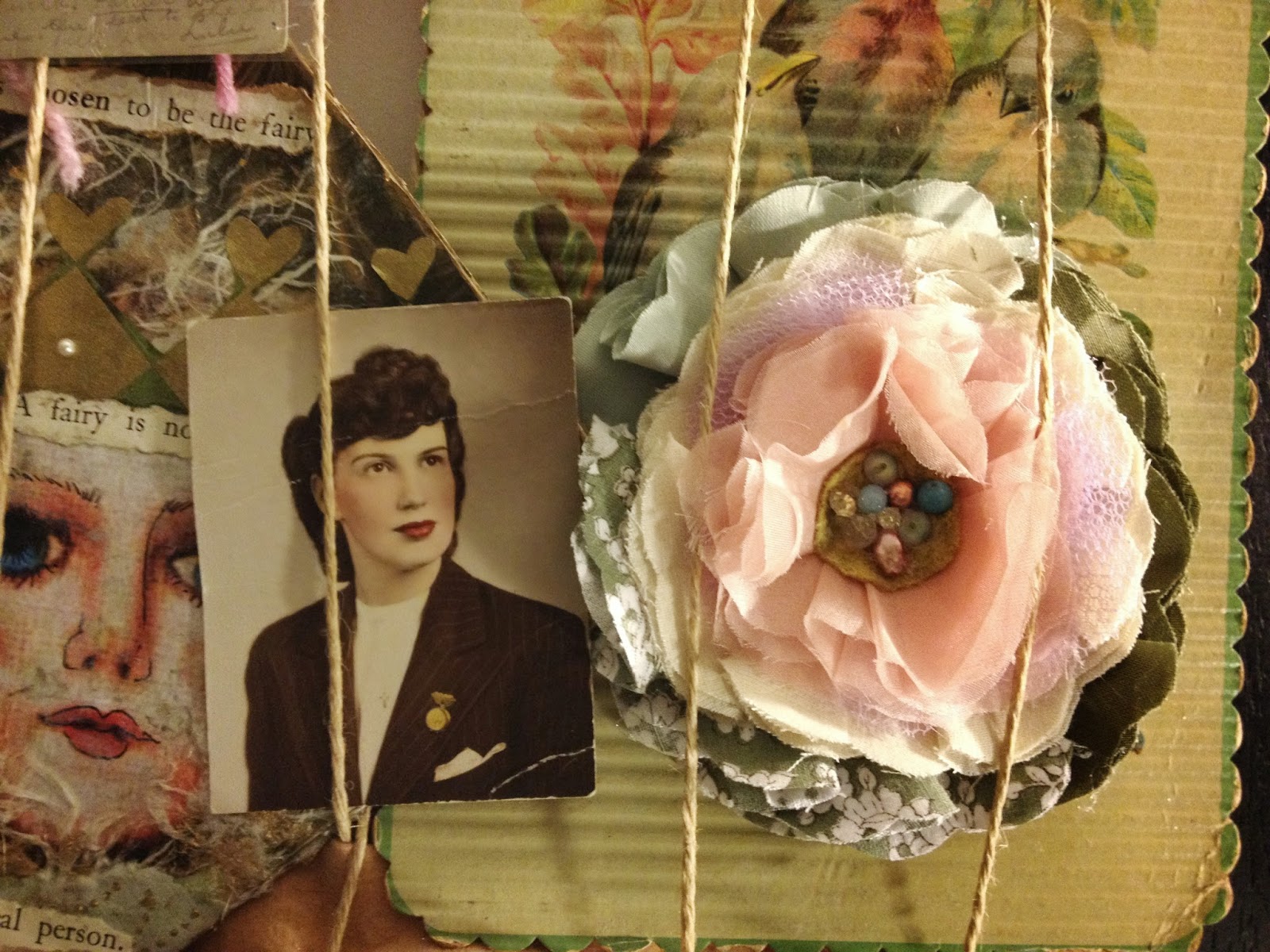 I am seriously considering applying to work for the company 'Arty Party' who were in Foundation Stage last week making large and decorative insects and flowers for our playground. They employ artists, art students, teachers and TAs so I might be in with a chance. I need to write a CV as I have not done that for a long time. 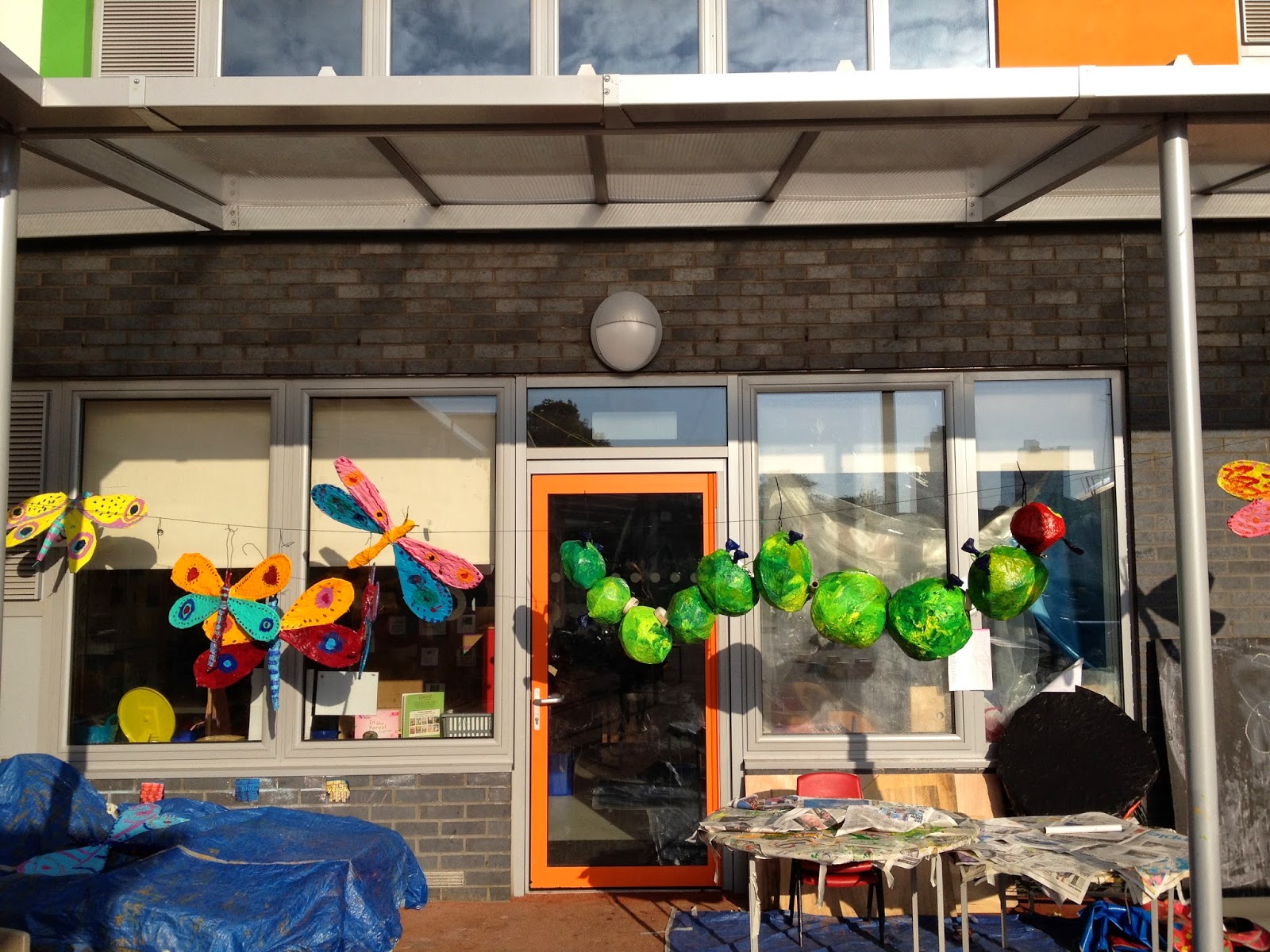 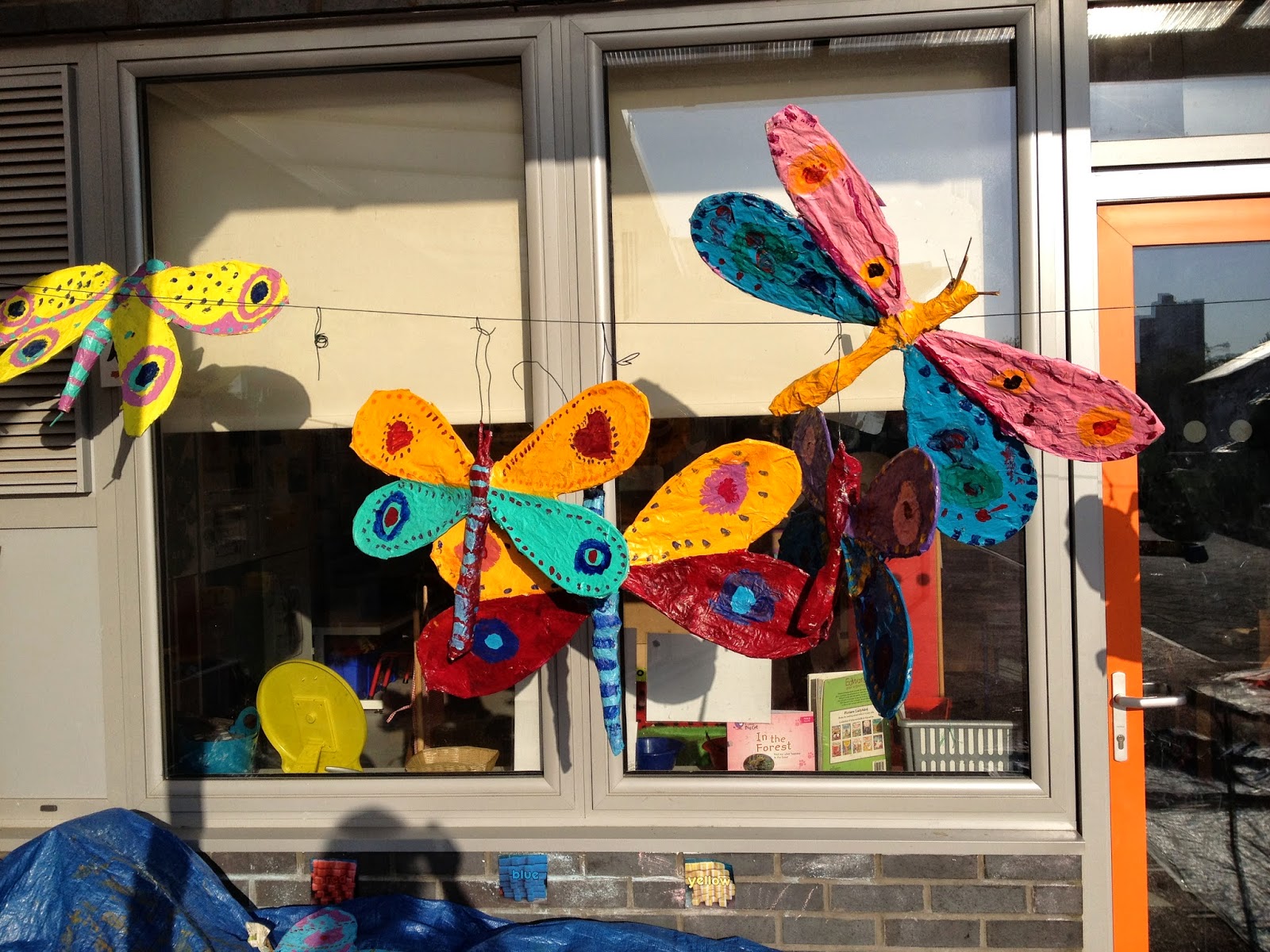 The only creative things I have been doing are journal pages. It takes my mind off my worries for a while. 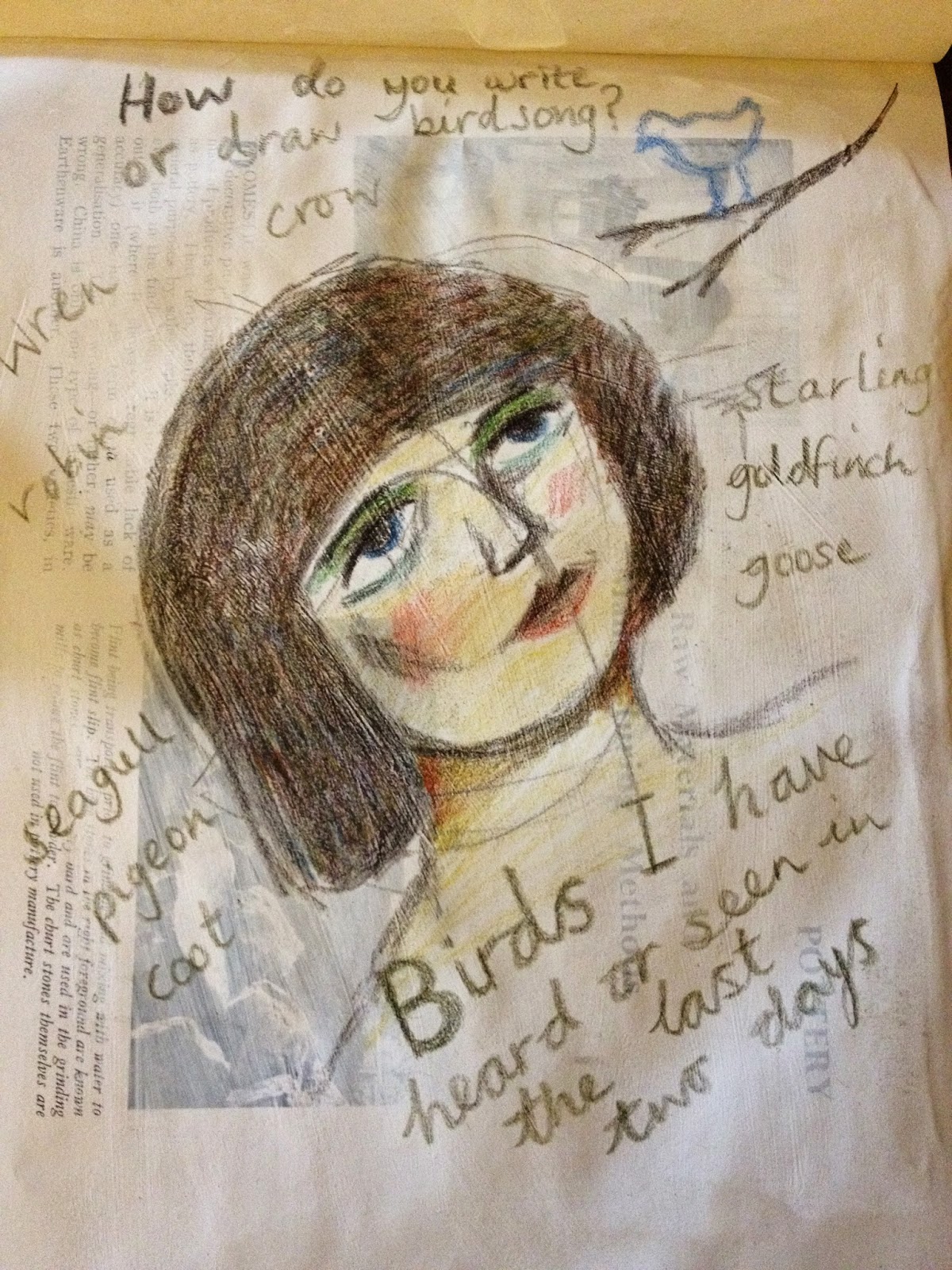 Lots of birds around at the moment. 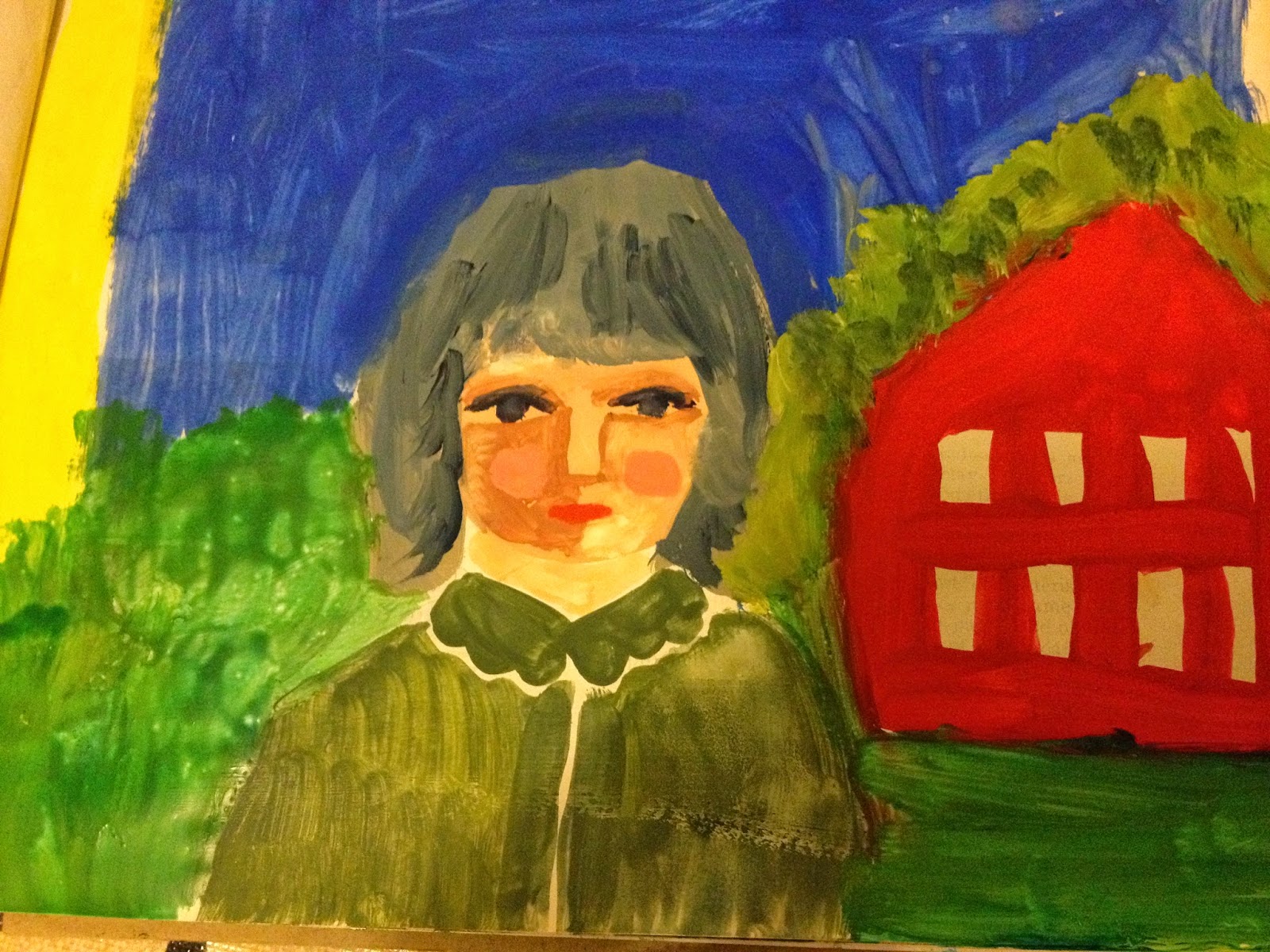 A red house.Cassein paints have come out. I bought them ages ago but didn't use them. They have the weirdest smell, like disinfectant. They have a very matt finish, even more so than gouache.
Well, I expect that's it for another couple of weeks. Will attempt once again to be positive next time. Maybe I will have written a CV by then.
Posted by Sarah at 15:02

I love the giant's boot, it's great. Sorry to hear about the inspection though. It sounds as though you've been under a lot of pressure resulting in it being ridiculously stressful. Lets hope the inspector could see through that. I hope it all works out well and that you get to hear the outcome soon.
Working in a creative environment sounds inviting. Love the flowers.

Fingers crossed for you, I hope you get the best result. I'm just starting to find out how tiring and stressful this teaching malarky is! You really don't get nearly enough appreciation for what you do. So many people have an opinion on what they think education should be like and really have no idea what's actually involved. Love the boot. It looks to me like you do fabulous work with the children. Keep it going!

Some of the things in your pretty posey photo look familiar! You have so many gifts/skills and are so very creative, I think that you could light a fire beneath the stupid education toots you must put up with- if you were allowed. Would be great for you to get another job, one that is FUN and appreciates your wonderfulness...we have had this conversation...