Being back at work, combined with racing to make as many things for the craft fair as possible, has left little time for anything else-or energy! I have barely looked at the computer-a bit at my phone but not much. Once I get a routine going at work I think things will be better, but at the moment there are new staff to get to know, new children and parents, a re-landscaped playground to assess and arrange(still at the borrowed school), and all the jobs that need to be done at the start of the year to get things going. Little moments have been catching my eye as usual, and I thought I would just say hello and share a few of them. I hope that the week has been good to you. 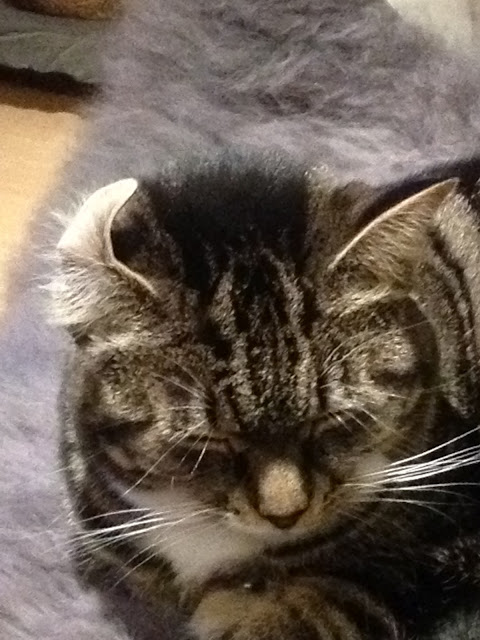 It is so sweet when cats do this. The other thing that makes me smile is when they forget their tongue is poking out! 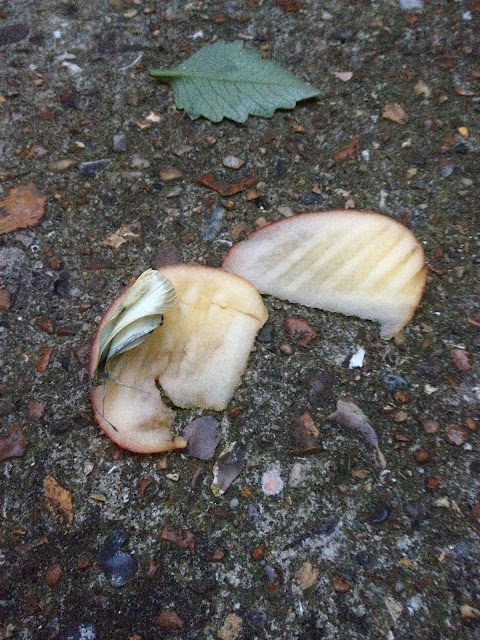 One of the many cabbage white butterflies now hatching all over the place. Some survive, and some don't, but where possible I have been trying to help them by giving them some apple. This butterfly did survive. 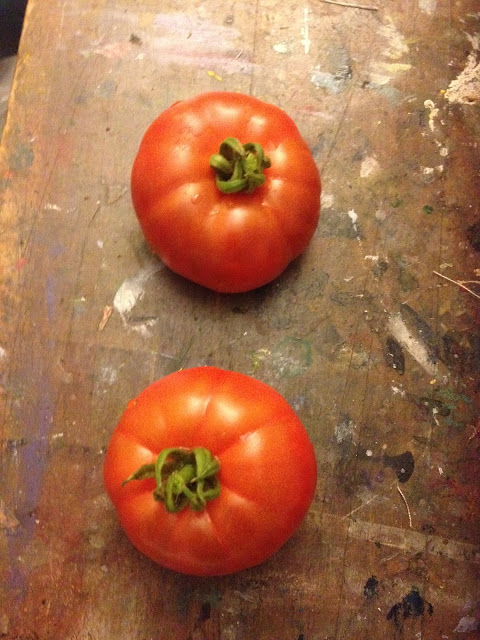 This year's crop-the result of going on holiday during a heatwave! They were delicious though! 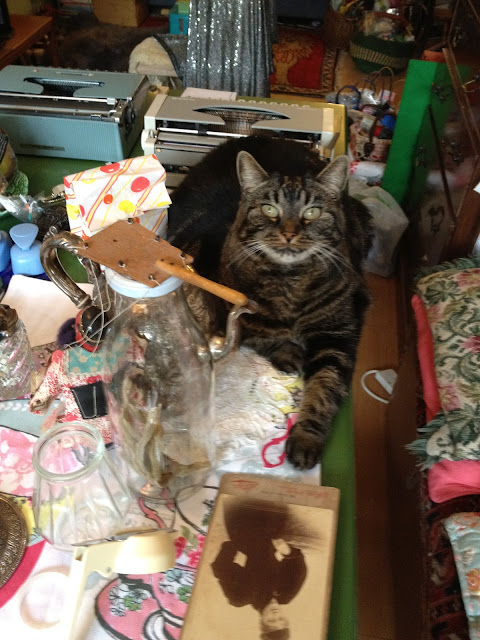 Tiger managed to find a spot on the cluttered table. 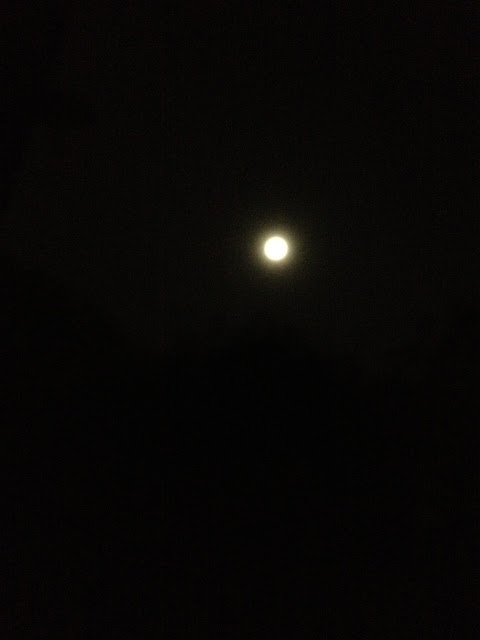 Not the blue moon-but the one the night after-so nearly! 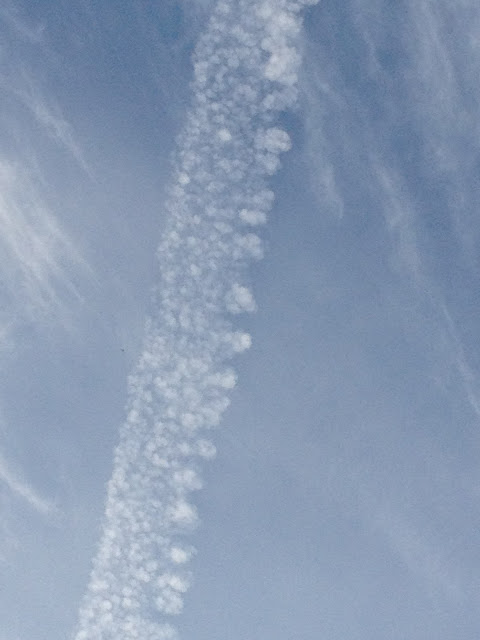 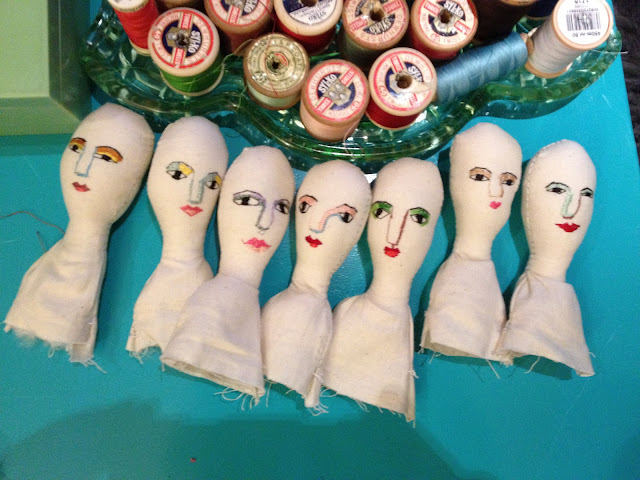 The next batch of dolls. It occured to me that it would be easier to embroider the faces and do the hair before the heads are attached to the bodies and it was. 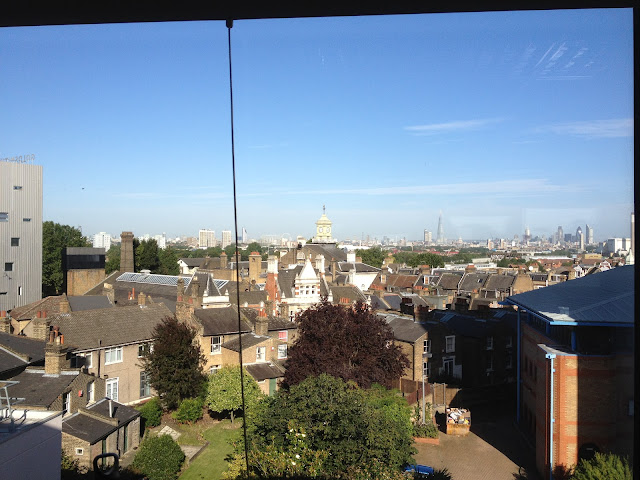 The amazing view from the room at the top of the teaching building at Goldsmiths University where we went on Wednesday for a course. Many London landmarks are visible. The millenium wheel, the post office tower, the shard, St Paul's, the natwest tower and the gherkin. 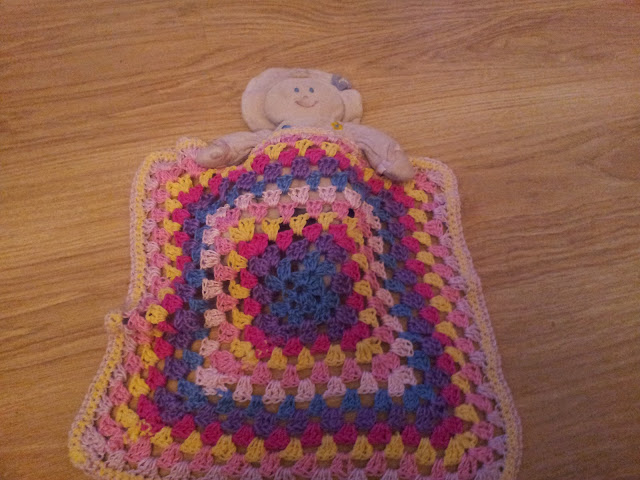 The blanket and dolly are united at last-I made this for my friend's daughter and she loved it. Now her son wants one! He did a very sweet video on his Mum's phone, but he may have to wait a while! 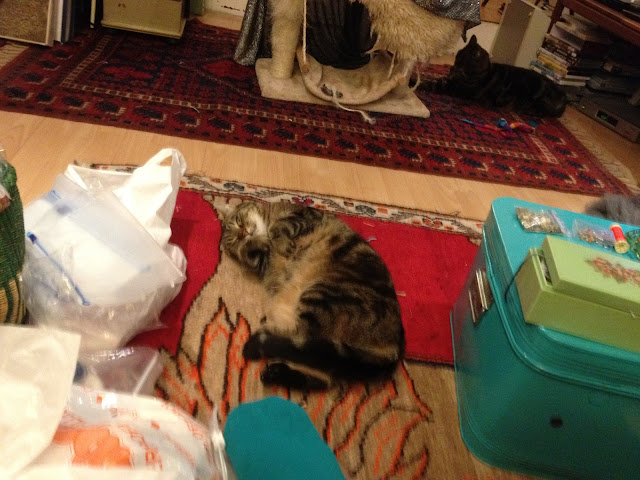 Lily relaxes as I sew. 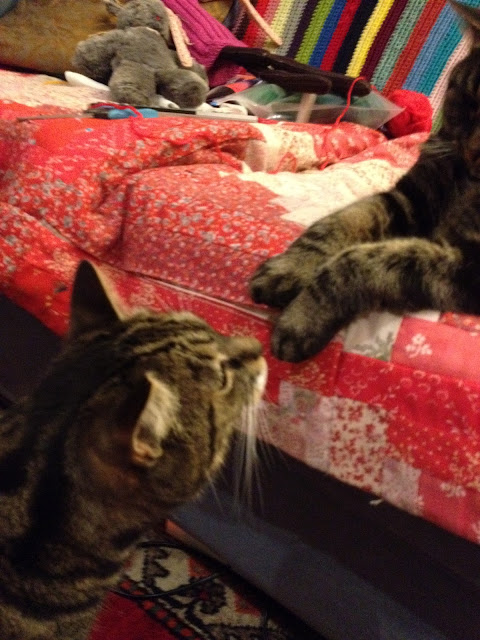 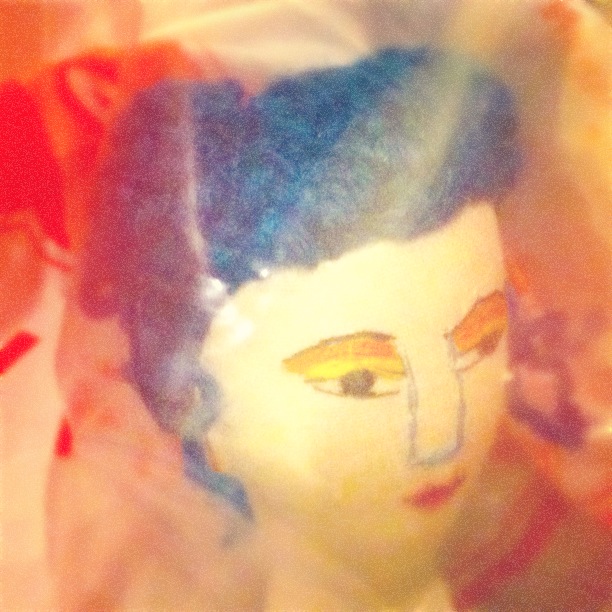 One of the dolls in a bag, waiting for a dress. I doctored the picture using an app. called 'Vintique' which I love. 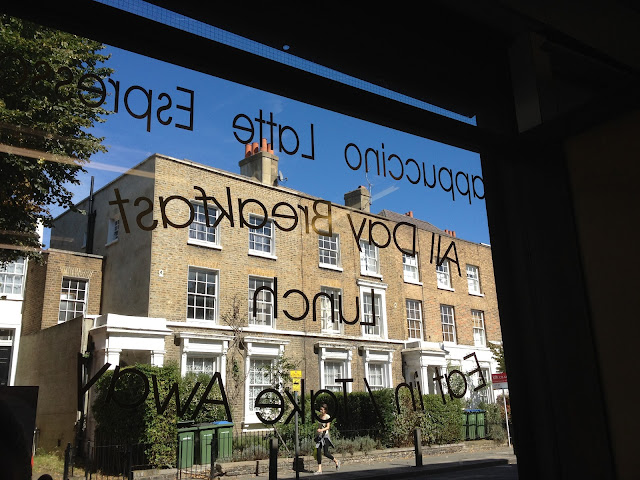 The view from the cafe at lunchtime. It has been such a lovely sunny day. Right, back to the sewing!
Posted by Sarah at 11:11

Always love your photos and your creations and kitties!

The view of the city is breathtaking! Everything right there in your vision, so lucky!!! You are such a busy person- time to breathe? So loving your dolls faces- they are all such people I would like to know.
I took a class this week end that you would have enjoyed a lot! Wrapping and making with GUT! Very cool texture and translucent effect.Many possibilities!

You are busy - so many projects on the go and so many helping paws and noses;-)
The crocheted lions are fabulous - what a lot of work. Did you know there's a craft competition to create a newt?
September is the month to get crafting your newt for the Great Crafted Newt competition! http://froglife-frogbites.blogspot.co.uk/2012/09/great-british-newt-off-one-month-to-go.html …

The first week is always terrible isn't it!? Love the new dolls, I'm sure they'll be a big hit, will you be putting any on Etsy as I would rather like one of them if you do x

I may well be doing that! Thanks for that!

What a lovely celebration of your week! Lots of gorgeous goodness. Like you, I've barely had time to breathe this week. It always takes a week or two to get bacj=k in the swing of things. I'm just shattered every evening. Thank goodness for some sunshine today! have a good week. Ros

i LOVE the dolls!

Kitties, creations, moon, clouds... LOVELY look at your week! The dolls are sweet, Sarah--each face unique. :o) Thank you so much for your sweet comments, and for taking the survey at my place ((HUGS))

You are so busy always,Sarah, where do you get the energy?? Although my mother used to say that energy begets energy. When one is a bit lazy (like me) one is perpetually tired! Unfortunately I can't see some of your pictures on this post - I wonder why? But if the dolls are the same one that you show in the post below, they are awesome! They will sell like hot cakes!

I am perpetually tired! I stay up too late and don't do enough school work! That combination is almost enough to get everything done!