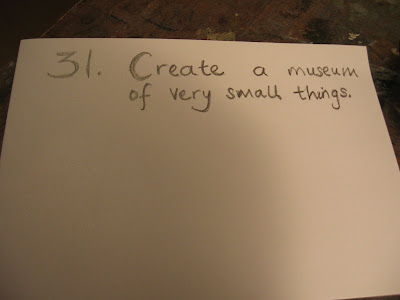 I was visiting Anairam here. She always has something interesting and inspiring to show and say. A couple of days ago she talked about 100 ideas by Keri Smith, here. I had not heard of Keri and was happy to have found her-thanks Anairam!

Number 31 made me think of things I already have but have not looked at for quite some time. The first one is this board displaying various beach finds. I made a few of these-about ten years ago I think! They are not out anywhere but in a drawer. I still quite like them though. I think the little piece of pot looks Roman-you never know! The piece of beach we used to go to has long since been gated off-I don't know who owns it but whoever it is does not want people on it. It was quite a gloomy spot. It was down some slimy steps in the shadow of a big wall. It felt very Victorian. I did not ever go there on my own. Where we go now is much more open-near the sailing club. 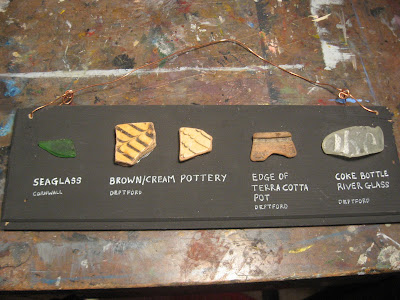 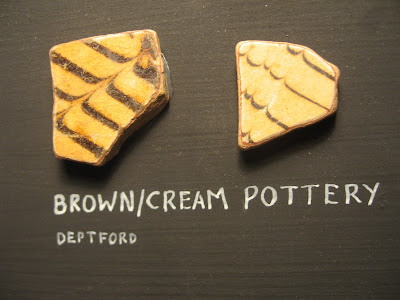 I love this pottery-it reminds me of cake with delicious coffee icing. 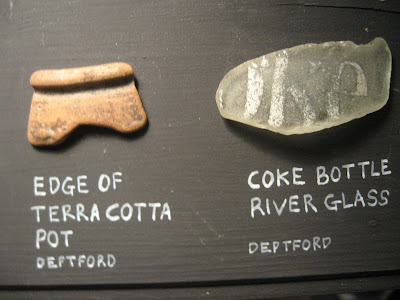 The ancient and the modern! 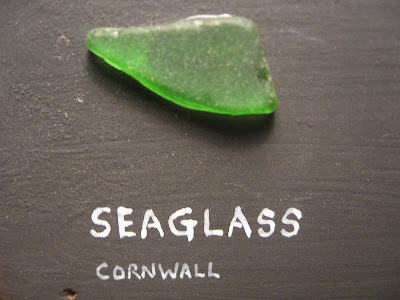 As I went to put this away I looked at the back and the title I gave it 10 years ago was also 'Museum 1' the same as this post. The title is the same but given for a slightly different reason. 'Museum 2' coming tomorrow.
Posted by Sarah at 13:54

I adore this post. And not just because of that seaglass from Cornwall, LOL. You are so right, there's a cake with coffee decorations in there, too. LOL. I think I love the Coke bit also. It makes me think of that movie, The Gods Must Be Crazy.
Very nice photography, Sarah!

I love the way you display your beach finds. Very cool. I can't wait to see the next one. The painting you did for Milly is beautiful. She is a lucky little lady to get them