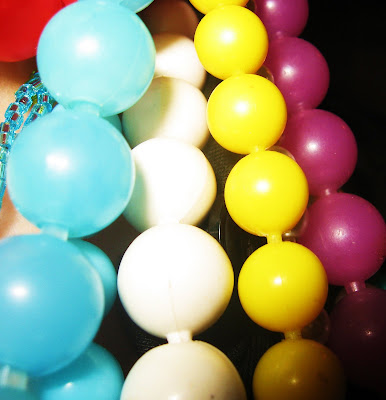 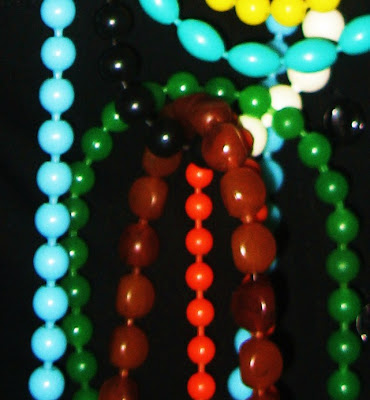 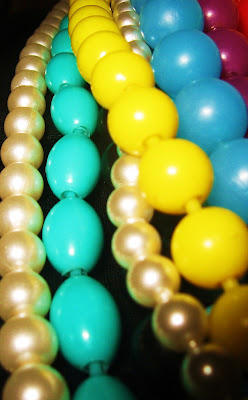 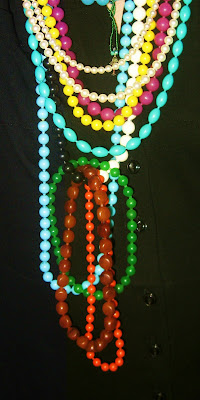 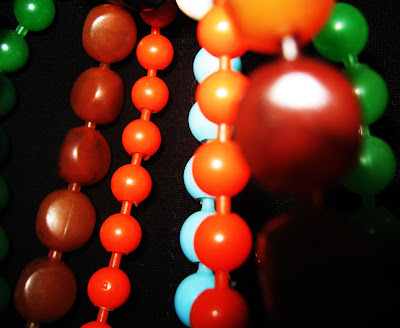 I think I take after my Dad in my need to collect things. I never mean to start, then I get two of something and that's it, my excuse to accumulate more and more. I live in quite a small flat which I have filled up with stuff. ( I have a very tolerant partner who even claims to like some of it. He has got a big music collection and, bizarrely, a collection of books on Cromwell from his Dad, and one on Napolean from himself) I really like all these things but sometimes wish I could live without them. But I can't. So that's it. I read an article in artful blogging by a woman who had the same problem as me (it's a problem but, as problems go, a good one) and she saw her blog partly as an extra room. I liked that idea. I could keep my collections here.
Anyway, I opened the flap on a kind of bureau thing which was my great Aunt's and is used as a bookshelf, standing on top of another bookshelf, and found my popper beads. I love popper beads. They look like sweets, are unbreakable and can be mixed up together. My first ones were blue. I had to go on and collect red, yellow, then the secondary colours, then black and white. I have also found some pearl ones and some lovely amber coloured ones.
Posted by Sarah at 16:45