Things to make and Do

My sister Jane gave me this macramé kit for Christmas, and I decided to have a go at it last night. After a few confusions about which way to tie the knots, and the idea to stand on a step ladder so I could hang it on a hook on the wall to work from, it was pretty enjoyable. It was also satisfying as it was started and finished within about an hour. 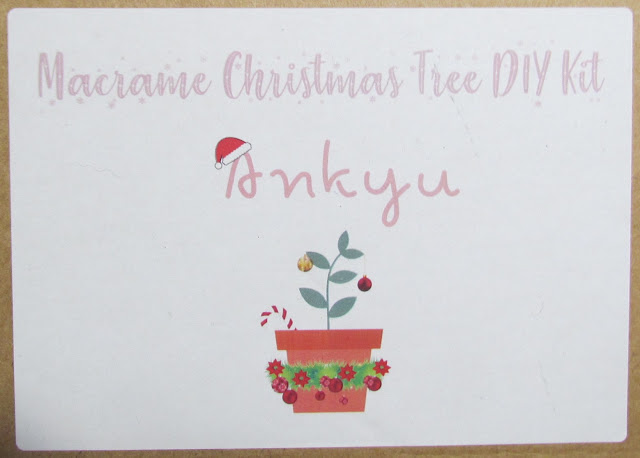 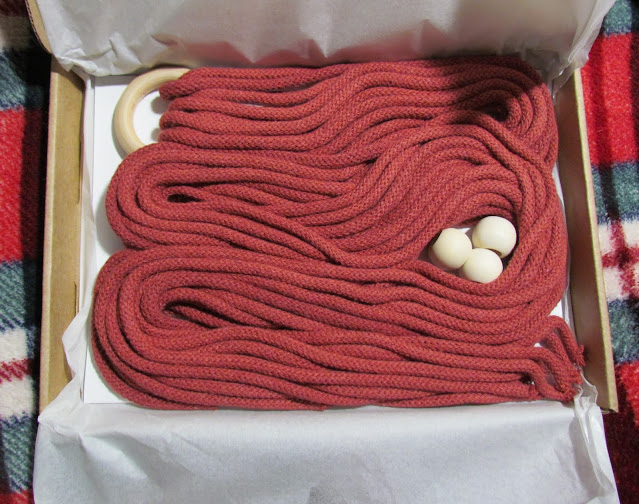 It was packaged so beautifully and the cord was lovely and soft. I am intending to make a few more, as they are not obviously Christmassy and I like it.

Jane also gave me a gnome needle felting kit, and I made one gnome last night and this morning. He just needs some more spots on his hat. The bear on the left is one I have had for a long time. I love his colours-his bright yellow fir and pastel clothes. He has a big hole under his chin so needs repair. I may stuff him again too as he is filled with foam rubber pieces. The bear on the right came to stay fairly recently, and obviously needs new eyes, nose and mouth repair and also a clean. He is a bit under-stuffed, but I am not capable of dismantling him as he is a jointed bear. I may open up a couple of seams to add some more filling or I might just leave him. The eyes will make a big difference. 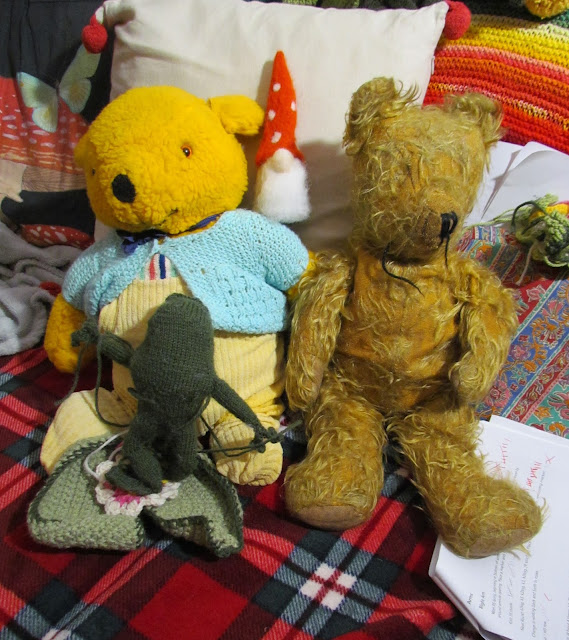 The frog is for Joan, my Dad's wife. The Lily pad is for him to sit on. He needs finishing and embroidering, and then I will make him a little crown. 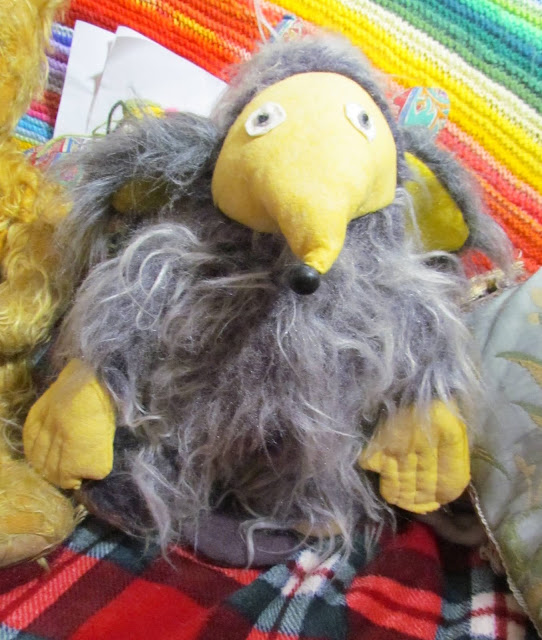 Finally, my sister's Womble now has new ears. The fur I bought was a pretty good match. I used felt for the underside of his ears, and also repaired his eyes a little and added black pupils as he didn't have any. He will be sent to Yorkshire soon!
Posted by Sarah at 12:07

Every frog , bear and Womble should have a crown, Crowns for all!! I have lost my creative mojo , instead i order things...I try to not spend much money but sometimes i get swept up in bidding. The air is tense here, I keep moving to the gin corner and then tell myself "no", only because I do not have a lime.
I have a German bear with no eyes, She is used to it and gets around just fine, She has a seeing eye bear with no ears, so - between the two they are complete.

We’re the instructions for the kit for right handed people or could lefties do it? I ask as my daughter bought me a macrame kit for Xmas and I haven’t tried it yet.

Ha-ha, macrame--I did that in grade school in the 1970s.
That's a lovely hanging one.

LOVE your toy repairs!!!
The womble's ears look original to me.

I once took apart an old golden-mohair, jointed bear that looked like yours
---had to cut the cotter pins off with wire cutters---
Should have worn an eye mask--
those old bears have truly dangerous hardware!
(Replaced with plastic joints I got online.)

But yours looks pretty perky--not necessary.
Mine was 'Try this or this bear is for the trash."

I order things too Linda Sue! I have to stop myself if I can. Love he idea of a gun corner. My brother got me some damson gin for Christmas and it is delicious!
Try the kit. It is for left or right handers!
Thanks River!
Thanks Fresca, I was pleased with the ears. Yes I think I will leave the bear especially as I don't want a bear injury!