A Thistle brick, from just where it should be with that name. It is made of fireclay, mined in the beautifully named Bonnybridge in Sterlingshire. The mine and brickworks was owned by John G. Stein and opened in 1897. I am not sure when this brick was made. The brickworks and mine carried on until the 1960s. I didn't bring this one home, as it was pretty embedded and bricks are so heavy! 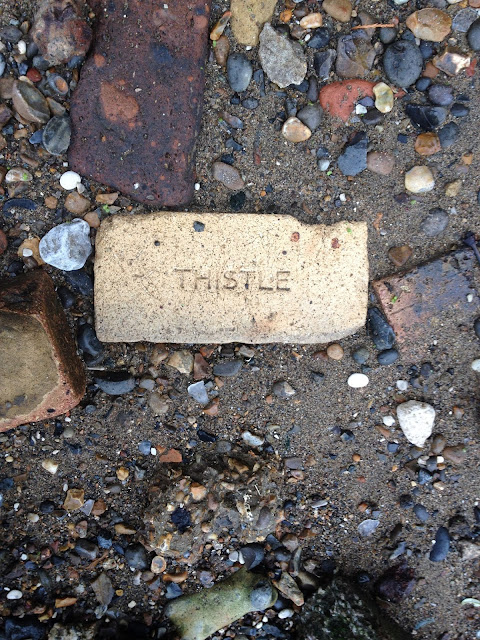 There was also a Nettle and Bluebell in the range. 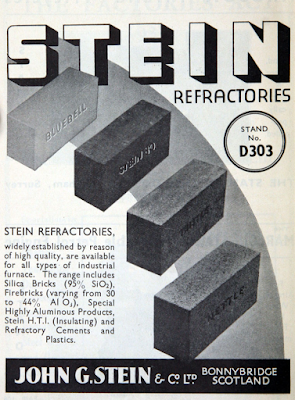 Grace's Guide to British Industrial History'
Image from the brilliant Grace's Guide.
On another site with the history of the company, it said that John Stein and six other men worked for 10 hours a day for seven days a week for three months before they reached seams of ganister (a close-grained, hard siliceous rock found in the coal measures of northern England, and used for furnace linings.), fireclay and coal. Dedication! 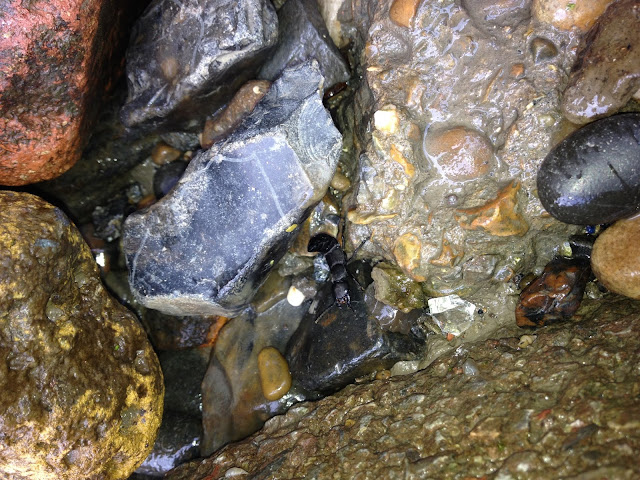 As I was leaving, I spotted this little creature. It is a Devil's Coach Horse Beetle. It curls its abdomen in defence, and looks like a scorpion. It did that very well for me as I nearly dropped a stone on it that I moved to get a picture. It is fast moving, preferring to run rather than fly and lives on invertebrates. It can also bite people. I wondered what this one would do when the tide came in. I hope it chose flying over running! Its latin name is Ocypus olens. Olens means smelling, stinking, odorous, fragrant. The beetle exudes a smell when threatened. Apparently they are common in gardens, but the only other place I have seen one is in Norfolk on a childhood holiday. It was associated with the devil as it points its abdomen towards the threatening creature in a scary looking way. It was said to have eaten the core of Eden's apple, and if it is killed, the perpetrator is forgiven for seven sins. Its original name is Dearga-dol, which is Irish for 'Devil's bug'. 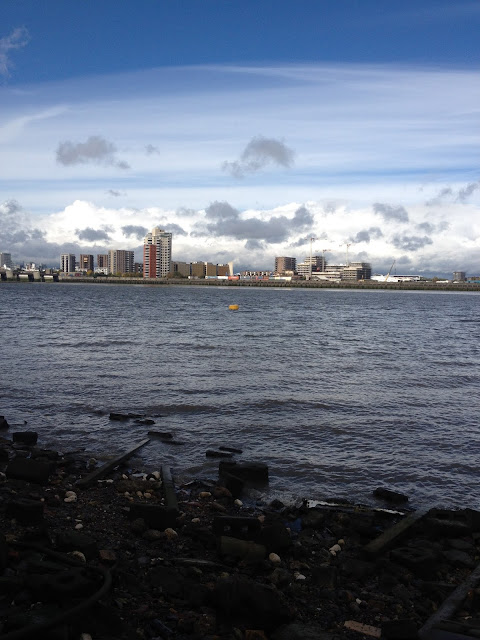 This iron deposit is on the wall near the stairs. I am not sure how it came to be like this but I like it. 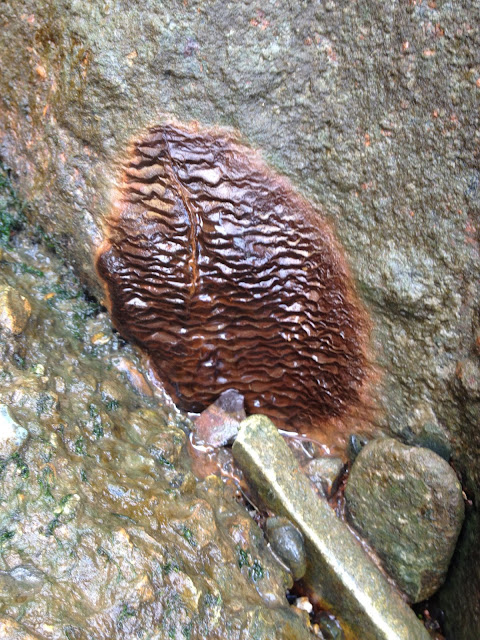 Here are a couple of my finds. (Not the bottles, they are from Essex.) The flat snail shell is lovely. I don't know what kind of snail it is but I will have a look. 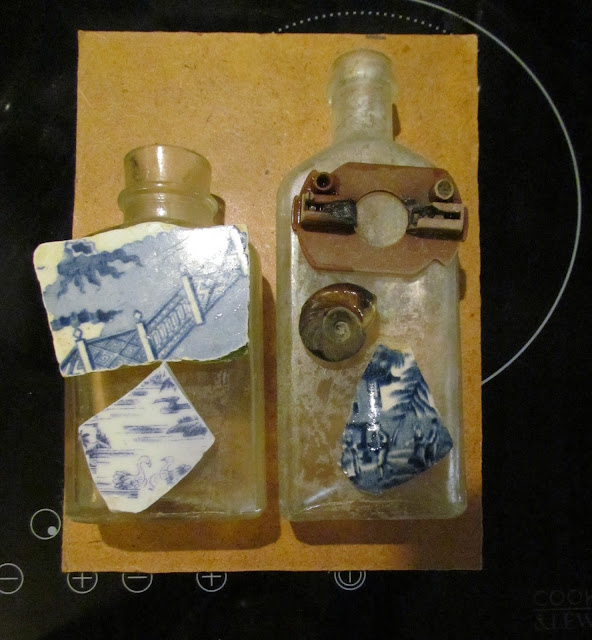 A piece of fence, two swans and four little people. 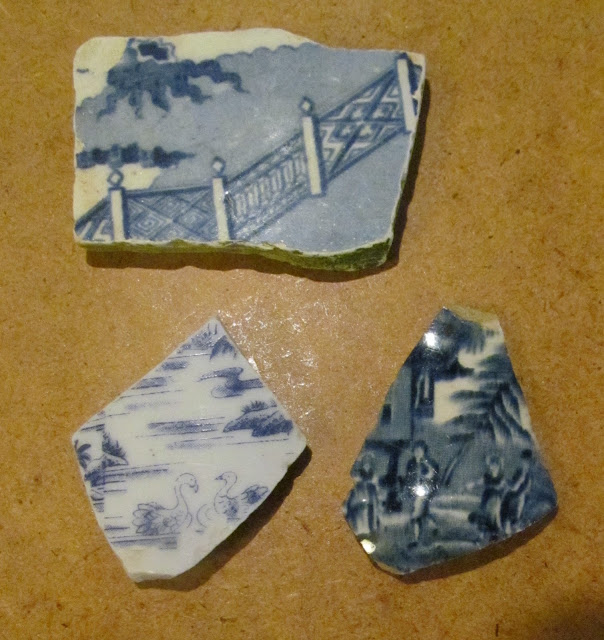 Thanks Sarah, Because of your efforts I got to go too. When we lived in Oregon, on the coast, we knew of some small byways we could sneak to and explore. I loved those walks. We mainly were looking for pieces of agates to take to the tumbler to polish. But we found all sorts of treasures. Some the pieces of glass that had been naturally tumbled by the ocean were wonderful.
Thanks for sharing.

Hi Tom, I would love to visit Oregon. The coast looks amazing there. Glad you liked coming along on my visit!

I love your finds and, just as much, that you dig up their history!