This is Brobee. He arrived one day, not long after my Mum had died. I thought I had put him on here but I looked for him today and he wasn't there. I think there was too much going on and I didn't get around to it. He is a very cheerful presence, and the bears think so too, as they all share a chair. He was sent by Steve of Shadows and Light, and this is his portrait, as he immediately made me want to paint him. He also made me smile, which was the most important thing, and his purpose! So thank you Steve! 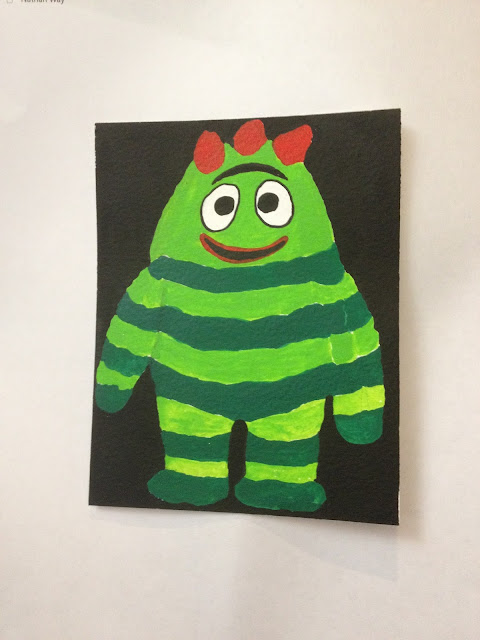 The second thing that came in the post is this. It was also a while ago now, but I took pictures meaning to share them. Inside this package is a doll, who was a bargain on eBay. When she arrived wrapped like this, I thought that her head would be broken. The description had said ceramic head, so it seemed inevitable. 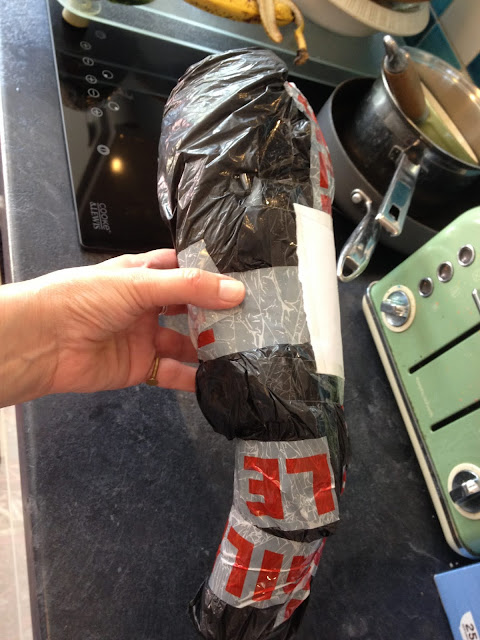 The wrapping reminds me of something you might see on a depressing detective show, found in the landfill. 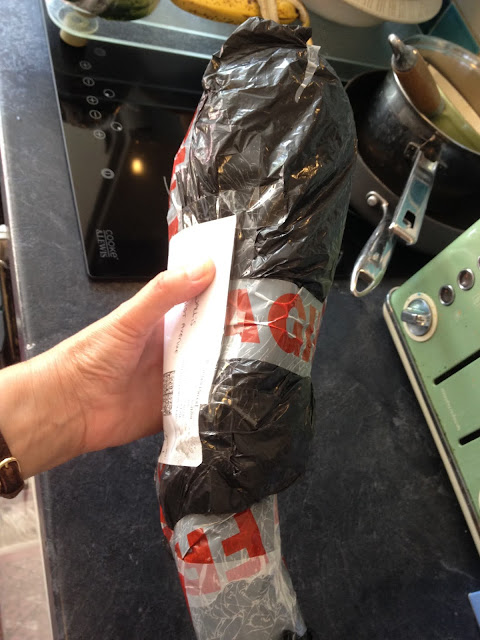 Then it reminded me of images of Guantanamo Bay. 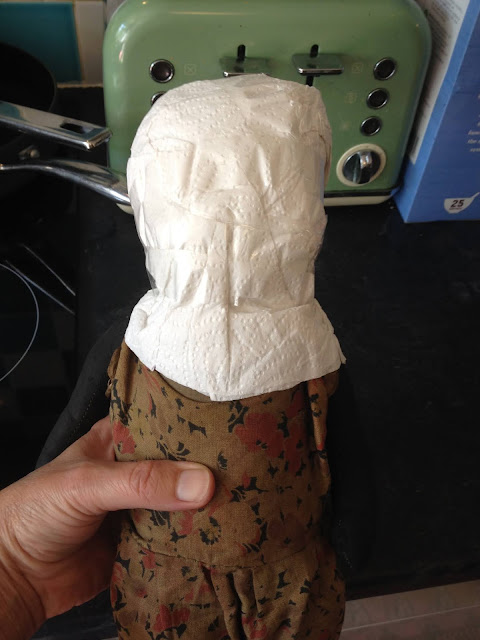 But look! She was fine. Her head is actually made of metal, so survived the worst packaging I have ever seen. 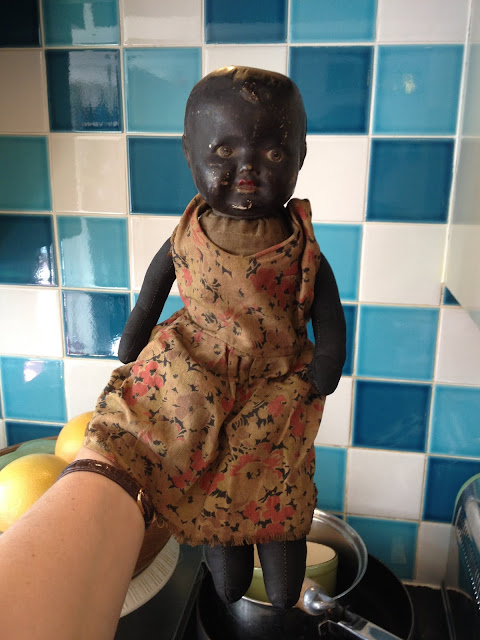 Back to Brobee, with his bear friends, Deptford, Naked Rupert, (that is what it said on his price tag! He is not naked though as he has boots. I gave him the scarf), Mum's bear and my bear. 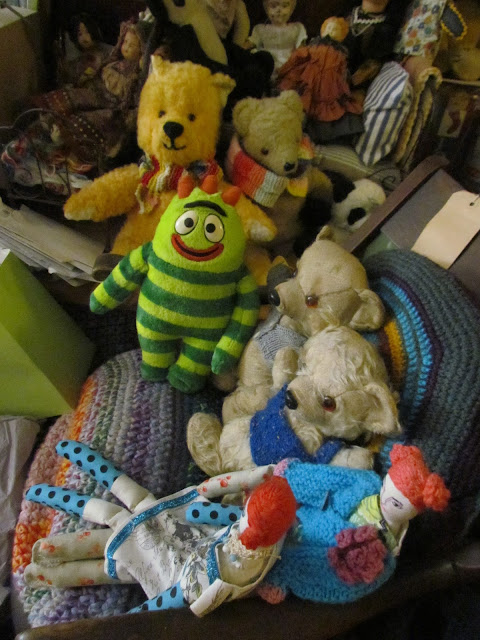 And here is the metal head girl sitting in a chair. She got lonely there so joined a load of friends on the bed. Bit of a squash but OK. LOVE Brombee, I remember That gift from Steve, so thoughtful and perfect. Brombee is quite a good natured fellow.

That packaging did make me laugh, horrendous!! Poor little dolly.

The new doll is amazing! I've never seen a metal-headed doll.
Wrapped up to look like a murder weapon.
(like in the murder mystery where the weapon was a leg of lamb that the murderer then served for diner.)

LOVE all the toys on the couch (and in the background). If I were a toy, I would want to live with you and yours, where people understand about PLAY.

I'm so glad to see Brobee in his new home! He looks very contented and happy surrounded by all his pals. So much better than the cold, wet flytip where I found him. Poor guy.

The is truly the worst wrapping job I've ever seen. I'm surprised the post office even accepted it! Metal head girl is tougher than she looks.

Hello all
am looking few years that some guys comes into the market
they called themselves hacker, carder or spammer they rip the
peoples with different ways and it’s a badly impact to real hacker
now situation is that peoples doesn’t believe that real hackers and carder scammer exists.
Anyone want to make deal with me any type am available but first
I‘ll show the proof that am real then make a deal like

..Wire Bank Transfer all over the world

..Western Union Transfer all over the world