It's Iris time again. They don't last long but they are so beautiful that I forgive them. 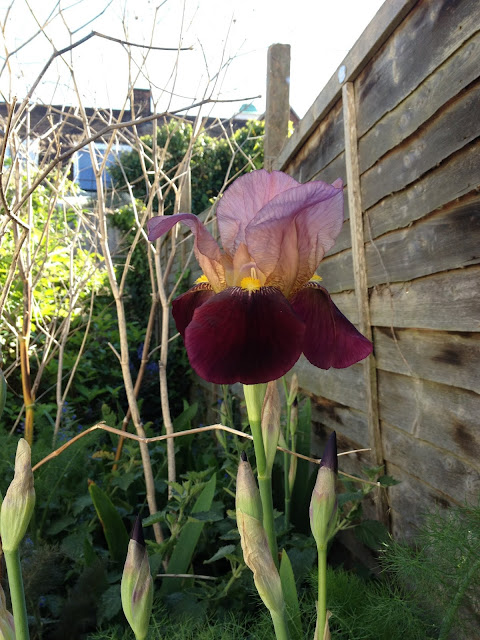 Don't know what these tiny yellow flowers are but they are very pretty.
The round metal thing in the bottom right of the picture is something I found in the Thames in Woolwich. When I found it I thought it looked interesting and like a wheel or something. It was very muddy and clogged up and it was only when I was cleaning it that I realised that under the mud was lots of tiny pieces of iron, sticking to the very strong magnets on its side. I do not know what it is, but if I had realised it was magnetic when I picked it up, I think I would have left it there. The only things I could think of that are round and magnetic are mines. I will be more careful picking up circular iron objects in future! It is hollow so whatever was in it has gone. And it probably isn't a mine. And I still have not worked out how to remove the iron filings! 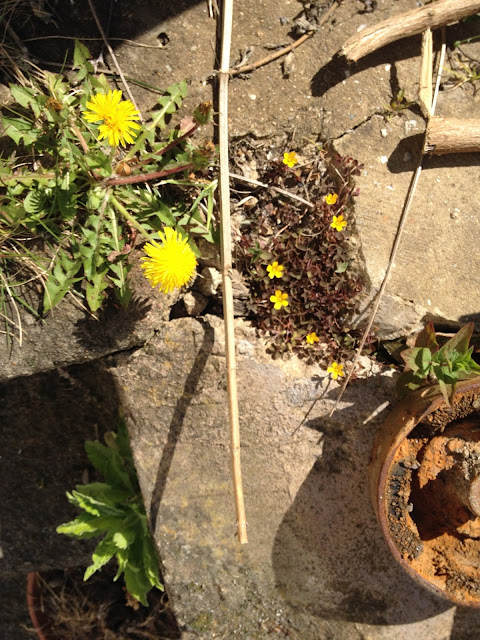 Bluebells down the end of the garden. There are foxes living under our shed. I heard them the other night, rustling around and playing with the bamboo canes they have scattered all over the ground. I crept down there, and came face to face with two cubs. They were about 10 inches long, and were the cutest things. They both looked at me for a couple of seconds before deciding they had better run away. One went back under the shed, and one around the pond. Not sure where the parents were, probably out looking for food in the largely take-away rubbish free streets. I hope they are getting enough to eat. 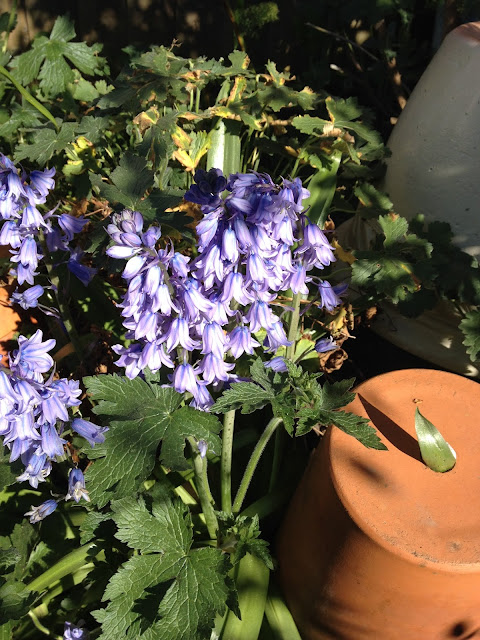 These did not originate in the garden, but in a plastics factory in China. There are ten of them. The first thing I will do is make them all a tiny hat. Not sure what after that! 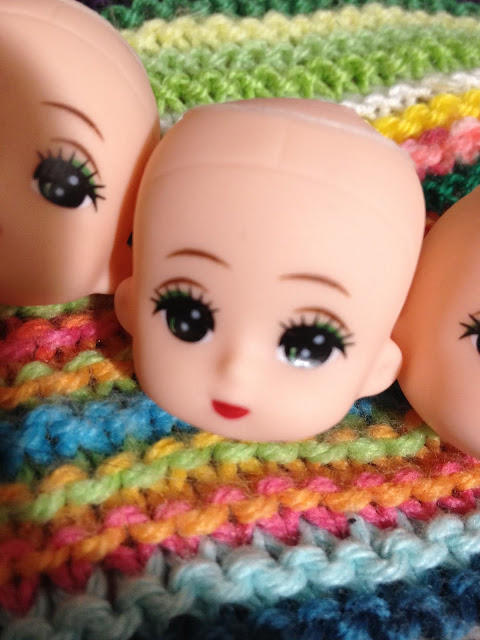 Very nice looking metal circle--I am glad you did not blow yourself up with an unexploded mine because I am enjoying your blog very much (also, for your sake, of course).

The doll heads!!!
I am eager to see them in their tiny hats.

Foxes and bluebells--to this American, it sounds like you like in Beatrix Potterland.
(I only now realize, as I write her name, that Beatrix is perhaps related (magically, if not biologically) to Harry?)

I love those big old irises--they grew in my childhood yard, and I can smell them, just looking at your photo.

Awww, fox cubs! Sometimes we leave a bit of food out for ours -- a hard-boiled egg or leftover deboned chicken. Yorkshire Pudding (another blogger up in Sheffield) used to put dog food out for his foxes!

I don't know why I didn't say this before, but I think those tiny little yellow flowers are oxalis (on the right).