Football, Shopping and Where Trolleys go to Retire

Sounds glamorous doesn't it?!
On Wednesday I had planned to go to Sainsbury's after school. I had my purse and keys in my school bag and had parked the car near school at lunchtime. In the afternoon, I was asked if I could go with the girl's football team after school until 5.30 as they didn't have anyone else and all the other teachers were at a staff meeting. I was just the extra adult required for health and safety reasons. The team has been coached by one of the teaching assistants at school. She is also called Sarah, and is very nice. I didn't realise that she has a P.E. degree, and has been coaching the football teams. She is really good at it. I was so impressed with her, and the team. I had a lovely time! Luckily I had some left over coffee in my flask, and a few chocolate biscuits, which kept me going. The girls played two matches with a half hour break in between. The first was a 0-0 draw, and the second a 3-0 win. The sunset was beautiful. 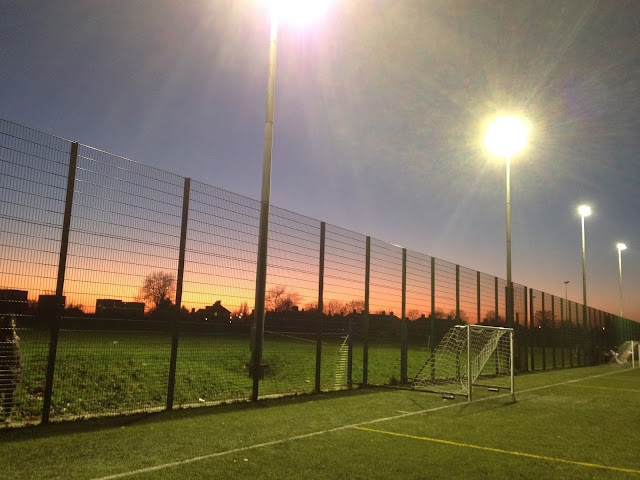 It took place at a sports ground about 25 minute's walk from school. (Uphill at a very fast pace!) There were about six schools there. It was the first meeting of the year. Once it got dark, it was freezing! I have not been that cold for a long time. Fun though. 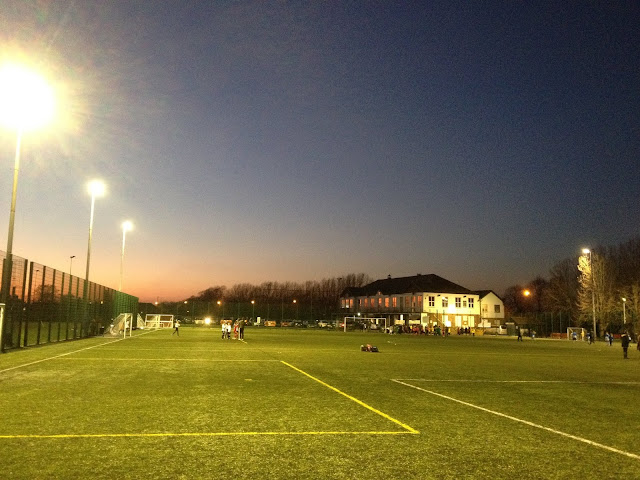 So, yesterday I had to go to Sainsbury's instead, as it was too late when I got home on Wednesday. I got there, got my trolley, went in and chose some bananas. Then I suddenly thought I had better check I had my purse, as it had been in my school bag the day before. It was not in my bag, so I had to go all the way home and back again. I was wandering round and had nearly finished. I picked up a Quiche for dinner as it is easy with salad. I put it in the trolley and moved on. As I was walking towards the salad section, a man came walked up to me and said, "Excuse me, you have got my trolley." I have never done that before! I think I blame tiredness! 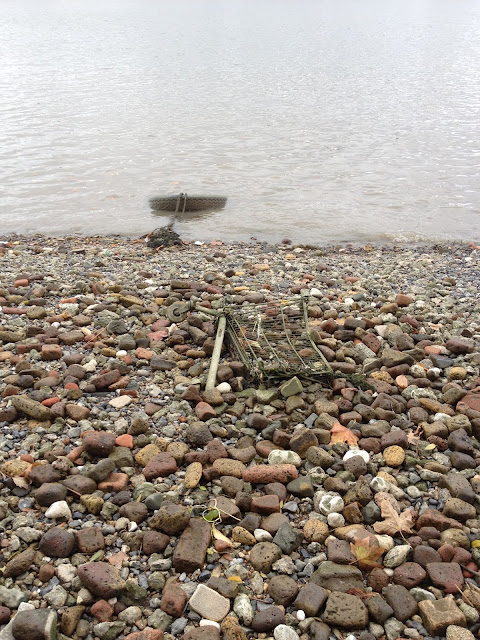 This trolley on the foreshore has seen the last of its shopping trips, and now has a big swim twice a day in the Thames, sun or fog bathing the rest of the time.
Posted by Sarah at 01:15