I went back to my favourite piece of foreshore this morning to see whether storm Ciara had left me anything good. The tide was pretty low today and I walked along further than I normally do, past the place the Russian man gave me advice. I found some shopping trolleys, that someone had obviously positioned in happy companionship by the wall. 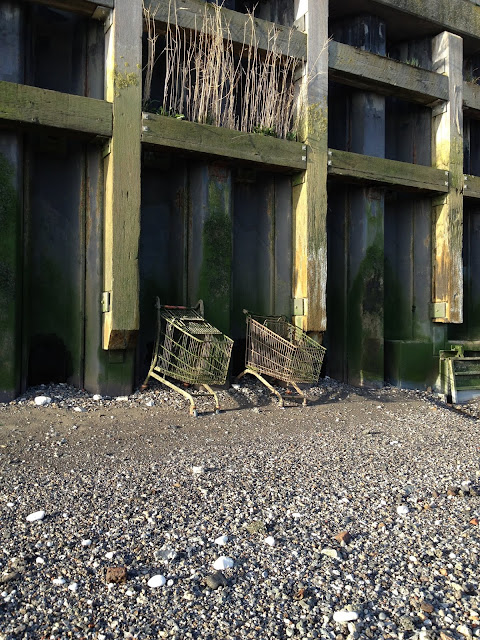 On the way to the trolleys and the welly boot that had seen better days, I saw an interesting brick and, as I was looking at it, saw a pipe bowl next to it. I was excited to see that it had a design on it, more than the leaves on the seam that I normally find! There are a couple of pictures at the end of this post. It is the Insignia of  the Royal Inniskilling Fusiliers. This regiment formed in 1689 and were stationed all over the world, fighting in many battles.The image of the sphinx and the word Egypt represent honours awarded to them for the battle against the French at Alexandria in 1801. 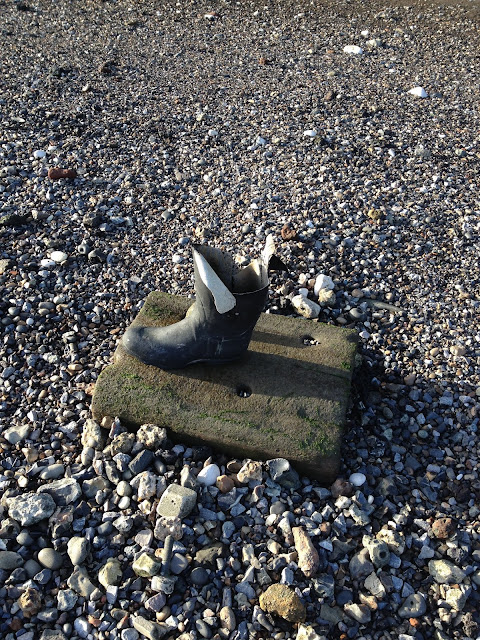 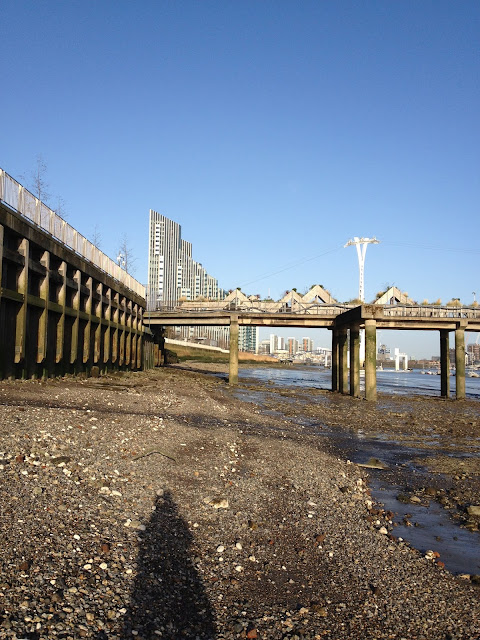 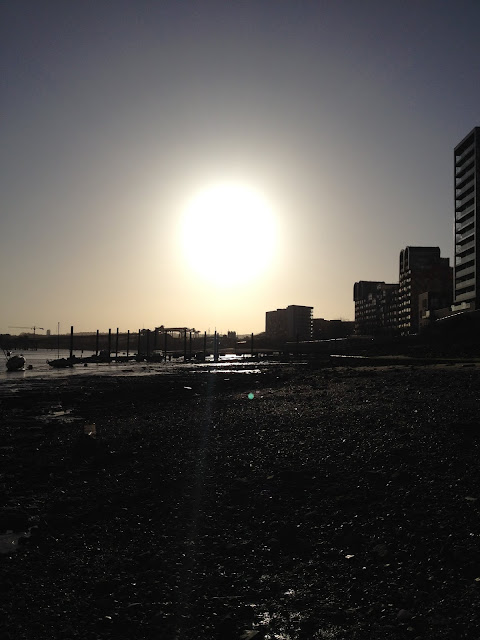 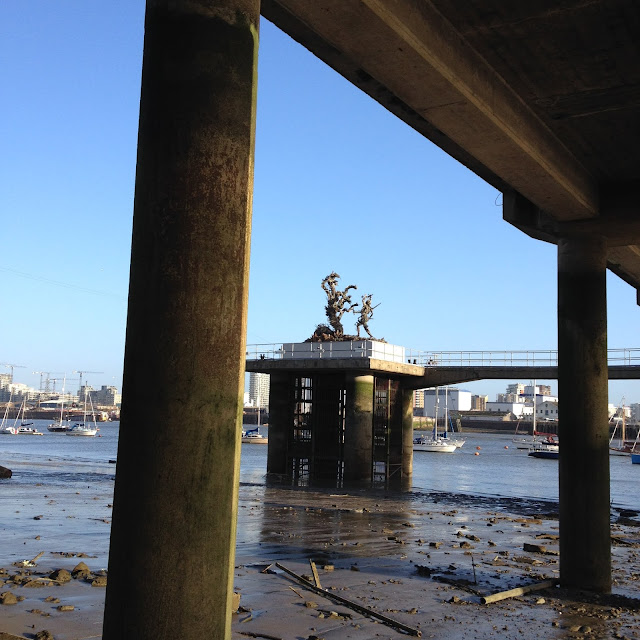 'The Hydra and Kali' by Damien Hurst. 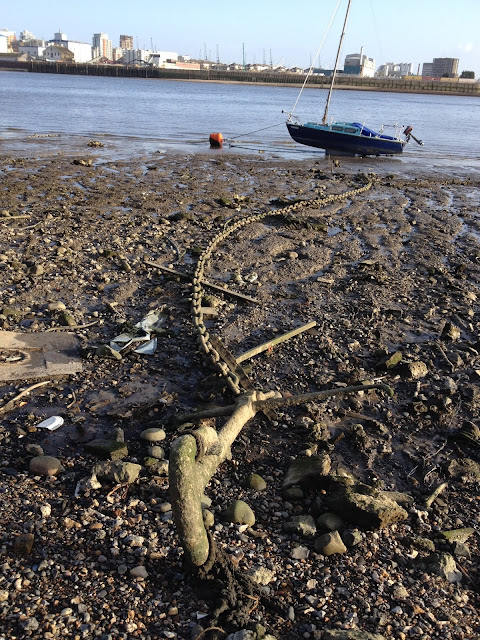 Anchor number one, not attached to that tiny boat! 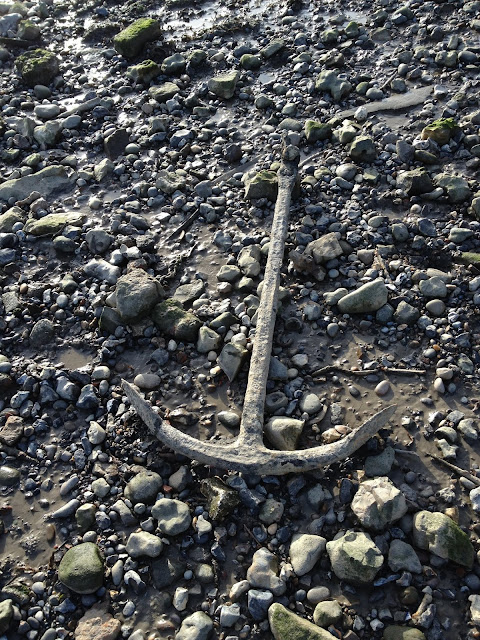 Anchor number two, not attached to anything, and not one I have seen before, so may have been uncovered yesterday. No doubt someone will take it away soon, as it is quite small, though still extremely heavy! 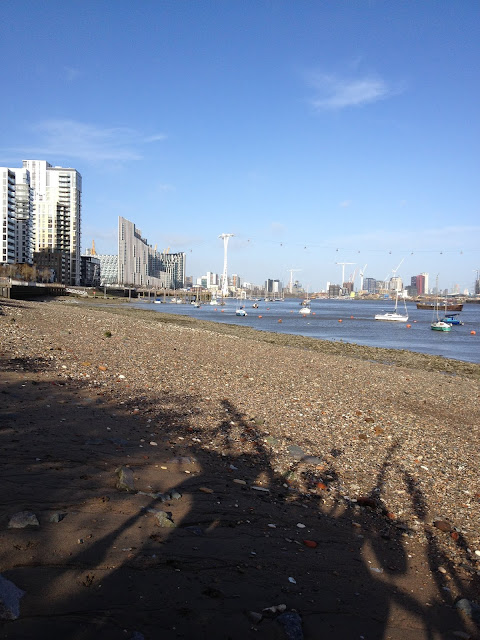 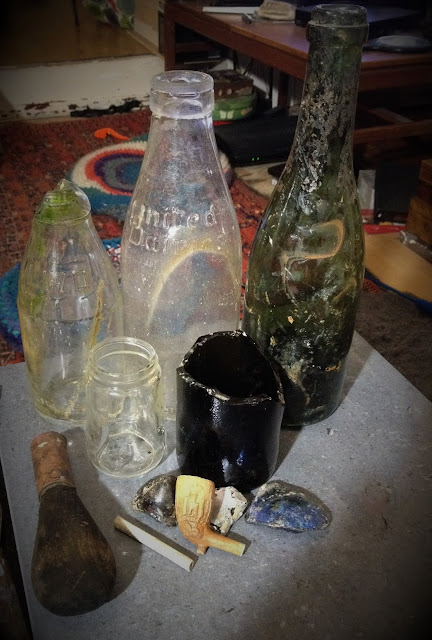 My favourite finds from today. There was some lovely iridescent glass around. All the bottles were buried in the mud and needed lots of washing out. I use a knitting needle to sloosh water around in the bottle in a bucket, mixing with the mud until eventually it plops out. 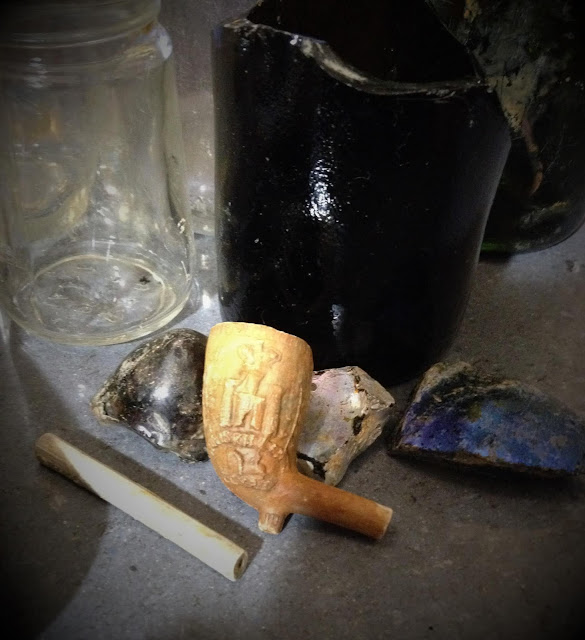 Here is my pipe bowl. I will do a better picture of it tomorrow!
Posted by Sarah at 15:51

Wow! What a great find! I like the United Dairies bottle too. Does the big green one have any markings?

Hi Steve,
It has nothing on the bottom, and a tiny raised circle on the bottle, which looked like it may have had a mark in it. The kick up of the bottle is very deep and it is heavy, so I think it may be quite old but hard to say!