I realised the other night that I have seven Scottish costume dolls, collected from eBay and charity shops. These dolls are just cheap souvenirs that a version of is still sold now, but they have a lot of variety and detail in them. Then it occurred to me that I could use them to decorate the tree. We only have room for a small tree so it saved me getting everything out. The tree is a pot one but pot bound would have been a better description. I had to use a saw to cut away the plastic pot and have tried to give it loads of water since as the roots were completely dry. I put it in a terracotta pot which looks better than the plastic. 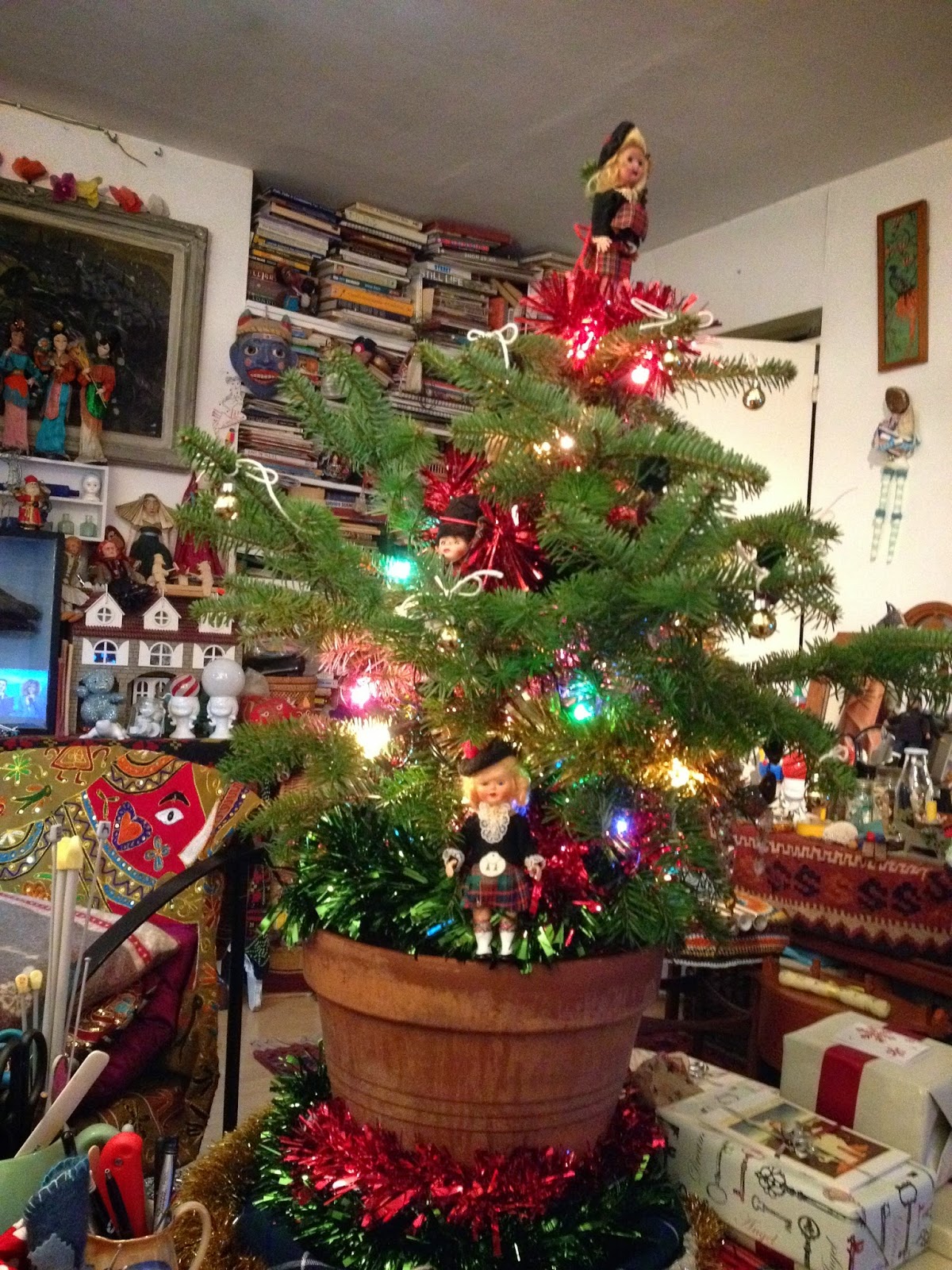 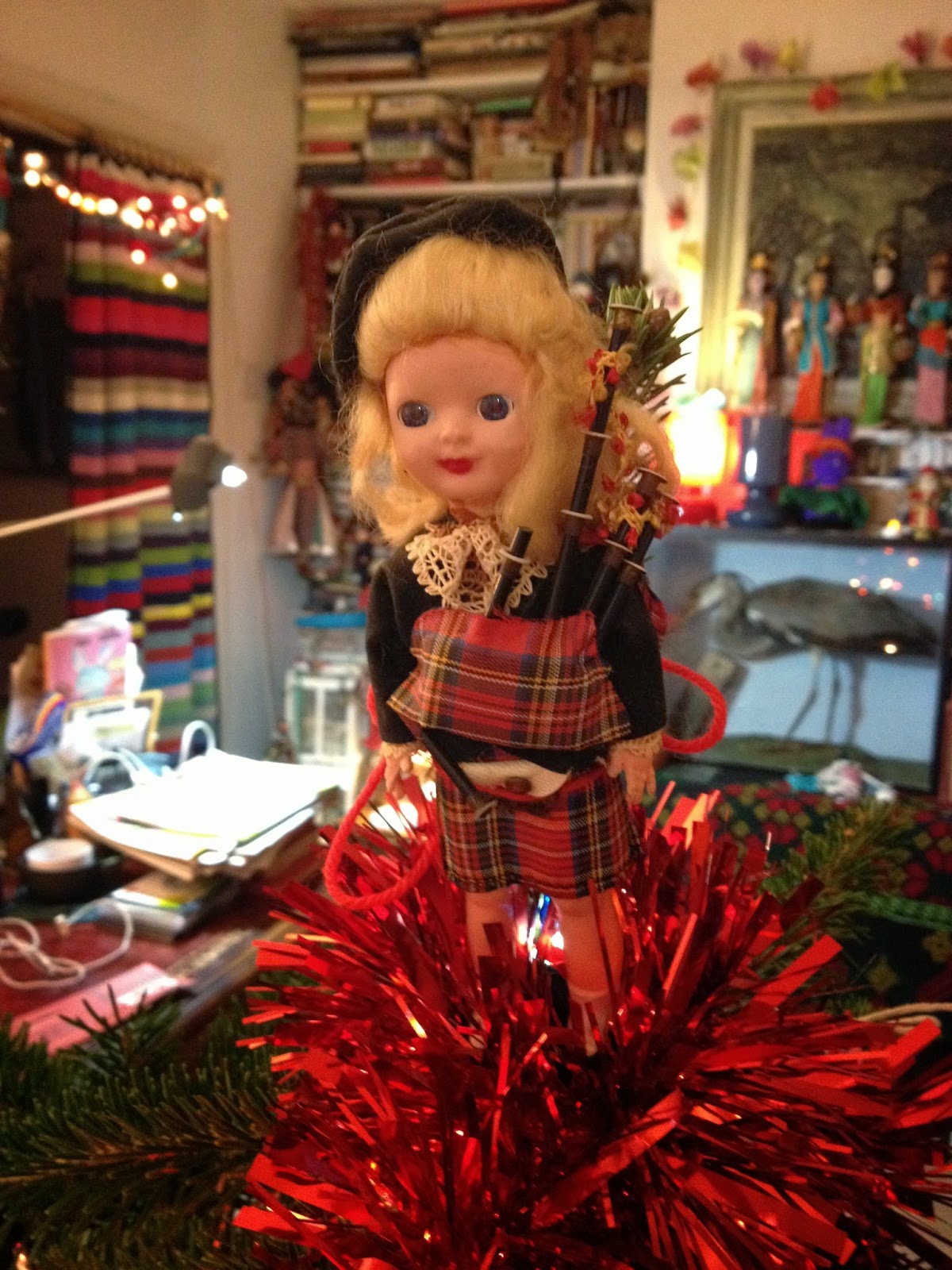 Red, green and gold tinsel, a few gold baubles and some chandelier drops completed the decorations. I have never had such a themed tree! 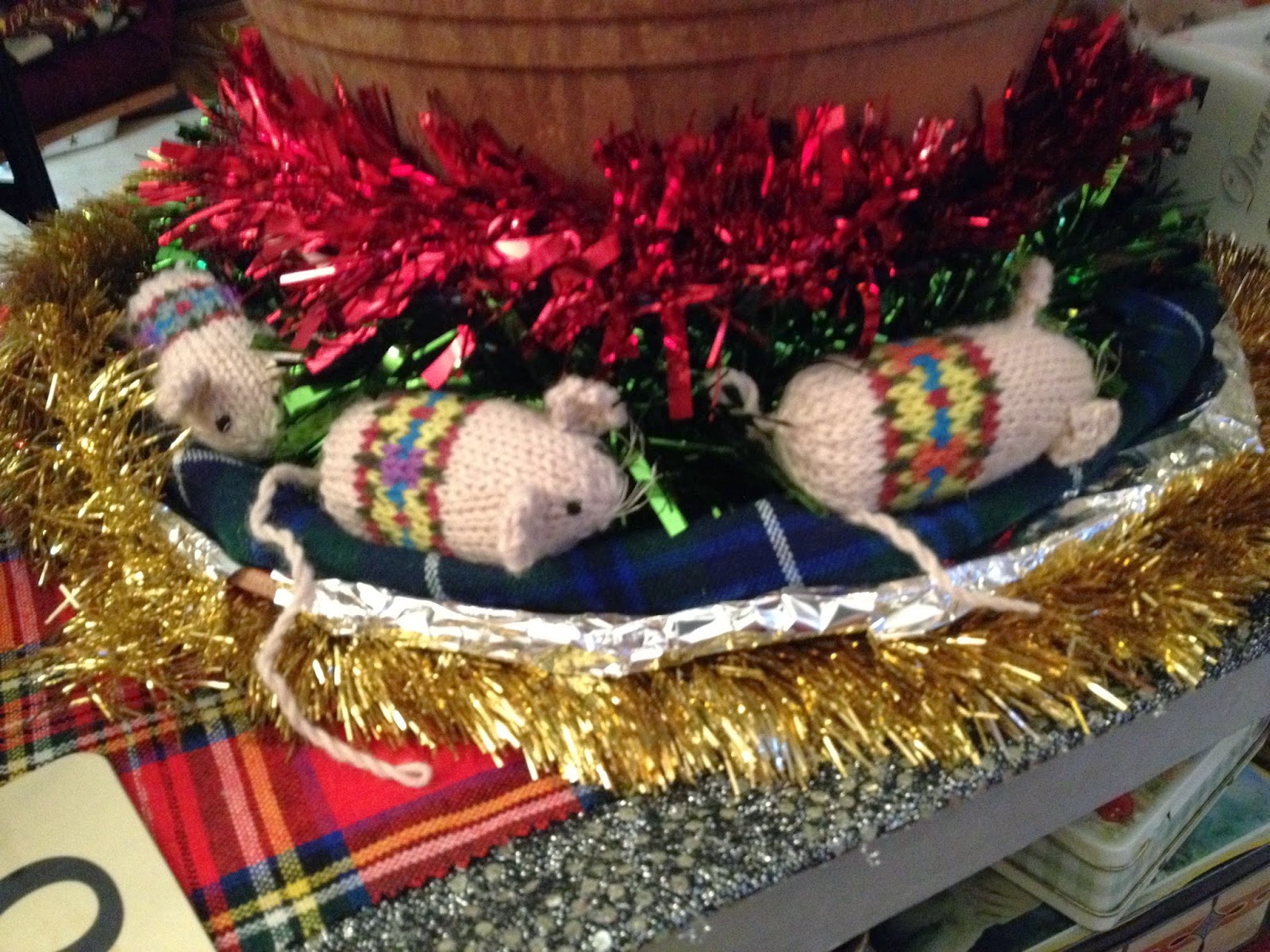 There are some Christmice running around the bottom. The tartan fabric is also from a charity shop. I have had it for a while and it is perfect for this! 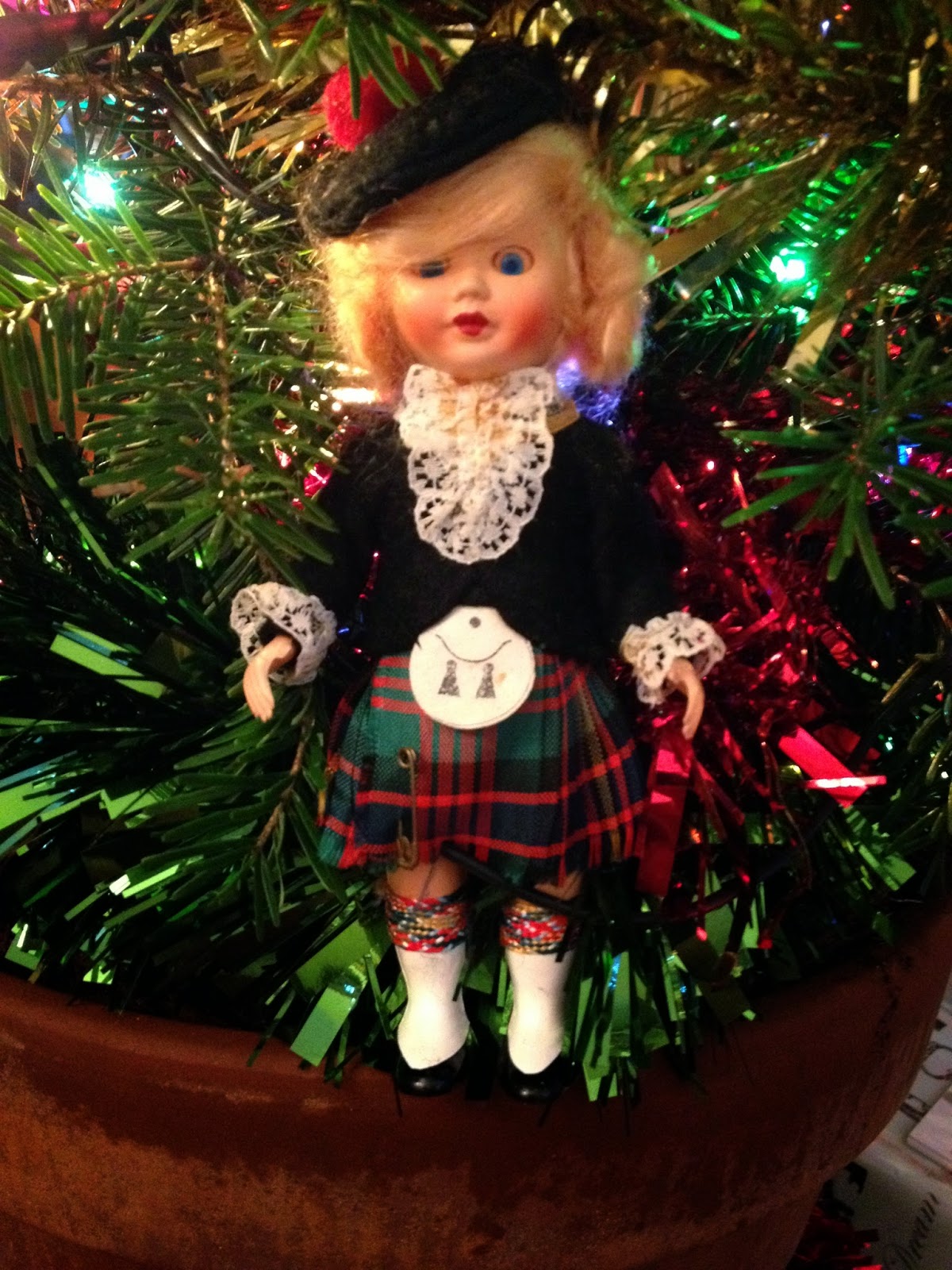 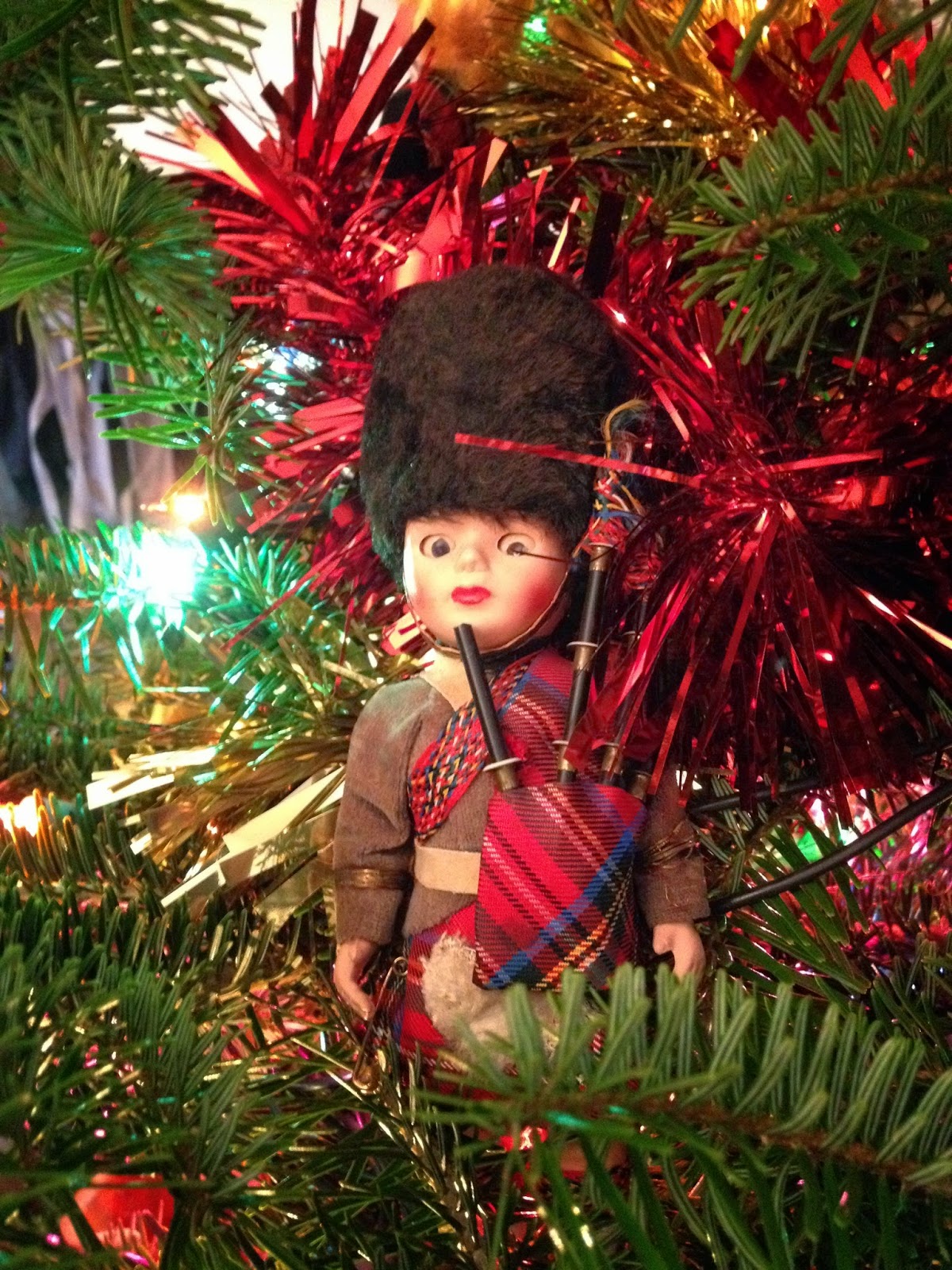 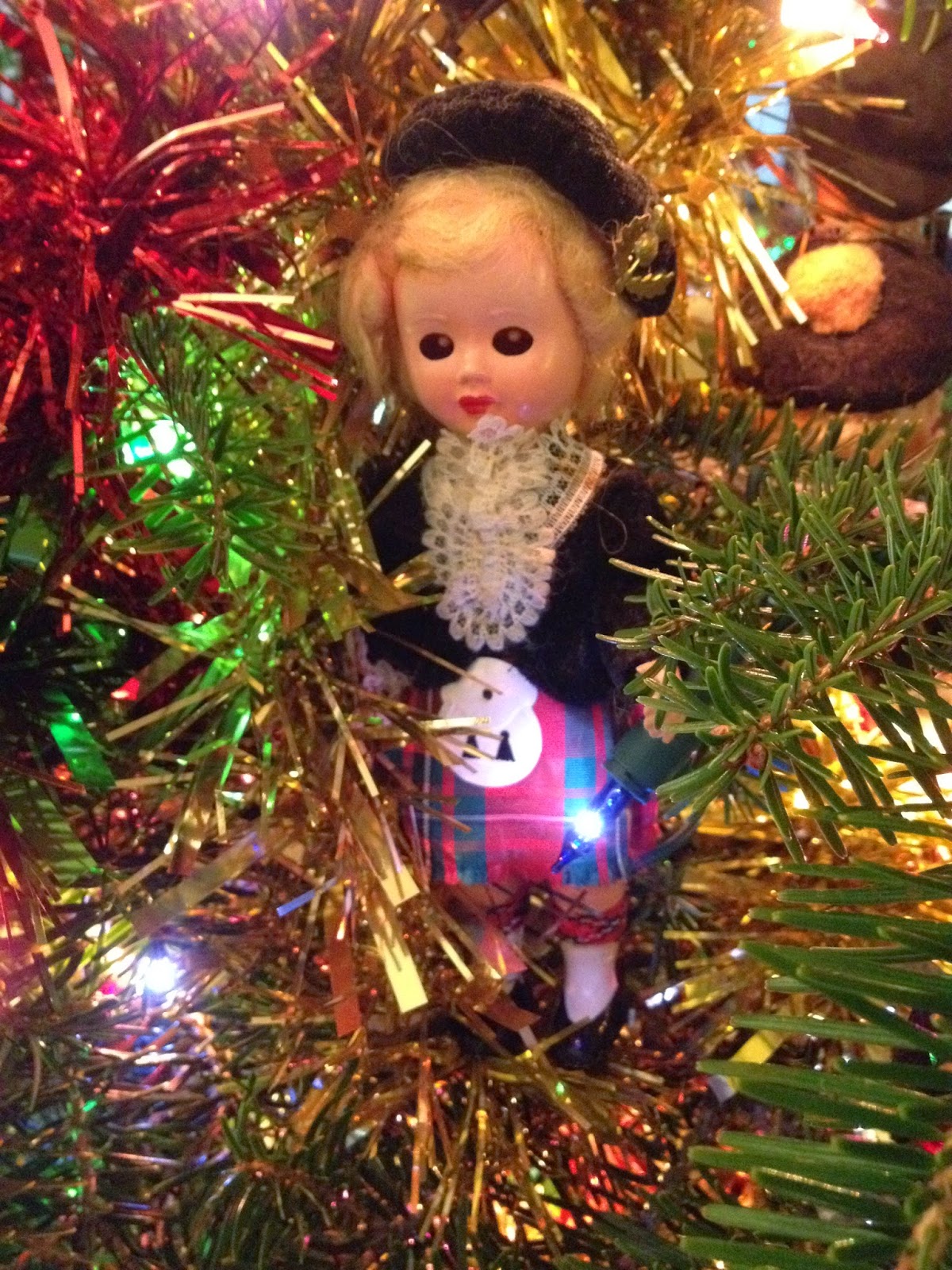 This doll has something wrong with her eyes, giving her a slightly scary look. 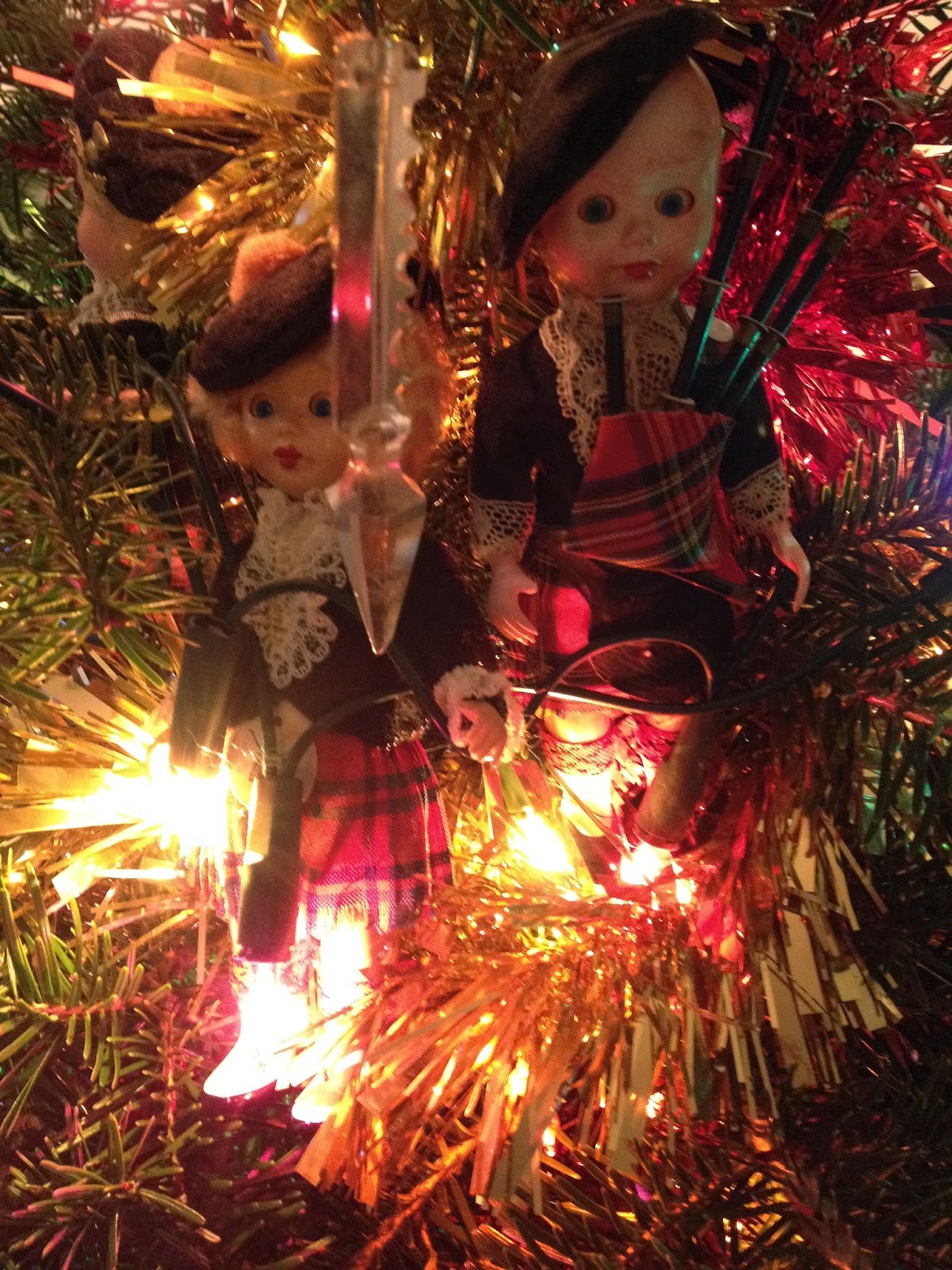 This one looks cross eyed. 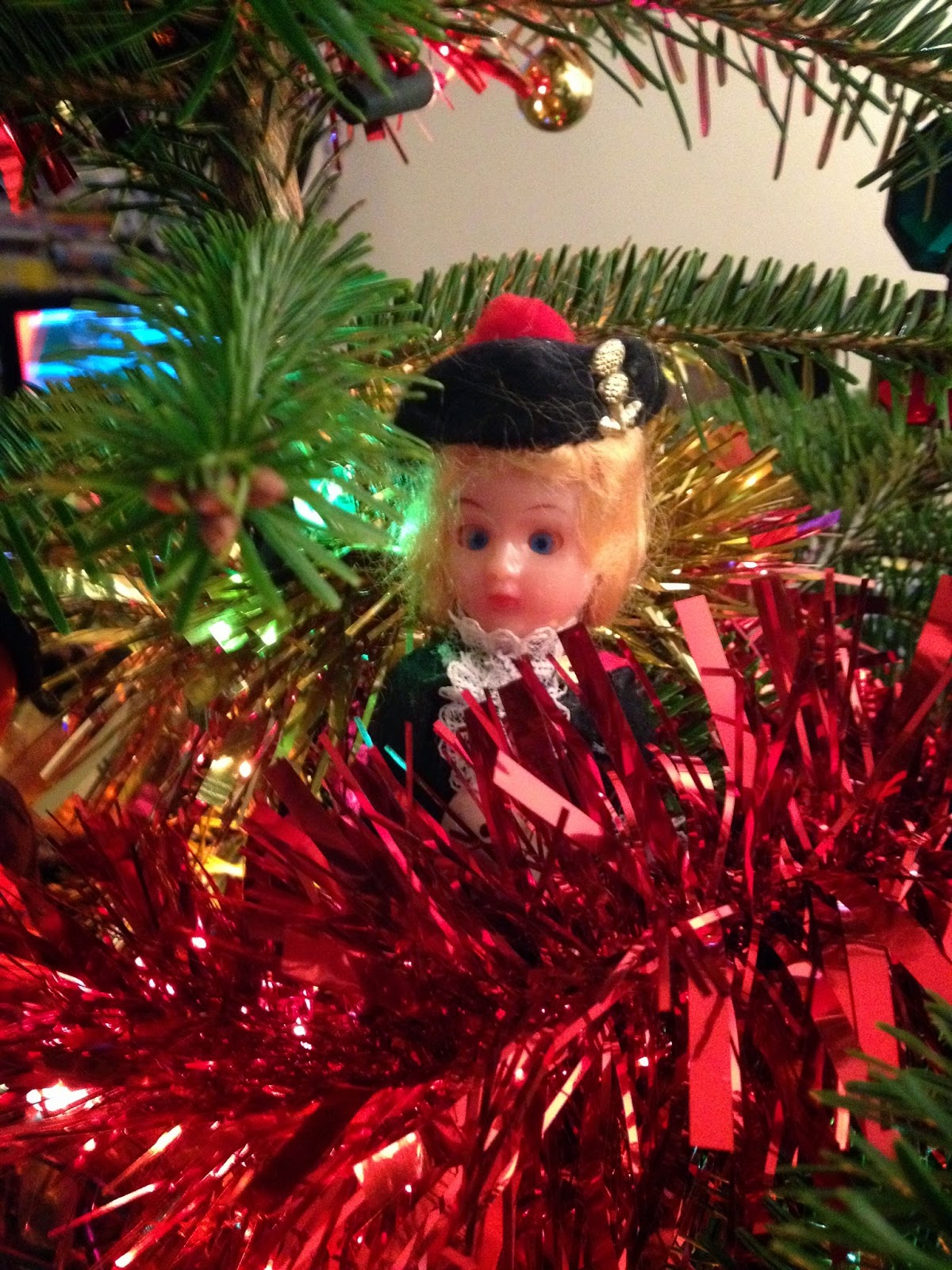 I have been wrapping presents today. I made gift tags which I really like. I don't think I have ever wrapped presents this early. It must be because I don't have any work to do! At the moment on tv is some Christmas song programme with Michael Buble. I had to check to see who he was. Maria Carey is on it-she can sing but Buble has a bit of a weak voice in my opinion. They are doing jazzy versions of things such as Rudolph and White Christmas. It has been quite festive but now I have finished this I am going to make it stop! Now he is murdering Santa Clause is coming to town.
Posted by Sarah at 13:43

Great tree, and I'm glad you got one in a pot. Do you have room for it in your garden after Christmas?

I've never understood Michael Buble's appeal. People say he's a crooner, but he can't hold a candle to Sinatra or Perry Como or Bing Crosby or any of those guys.