I went into town with Andy today as he had to do some business things as a result of events in the last week which I don't feel able to talk about yet. Anyway, I was not at work, as I have a horrible cold (not covid-did a test) but felt better today than yesterday so thought I would go with him. We got a train, which happened to be a Thameslink, so we got off quite near to Holborn and walked. We walked too far and had to walk back again, but it was a nice day so never mind. We went past about 10 Insulate Britain protesters, quietly protesting at the Royal Courts of Justice, and about twice as many police. The second place he had to go was near Leather Lane, where there was a food market going on.(Hot food stalls rather than veg etc). I went to explore while waiting for him, and turned off down a side street for a detour. Little alleyways to explore. 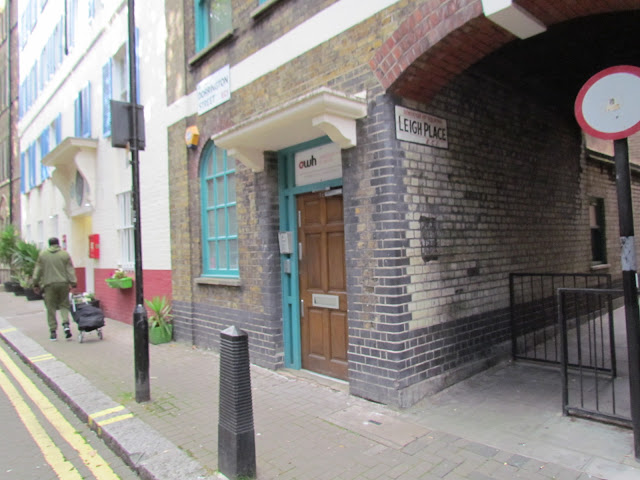 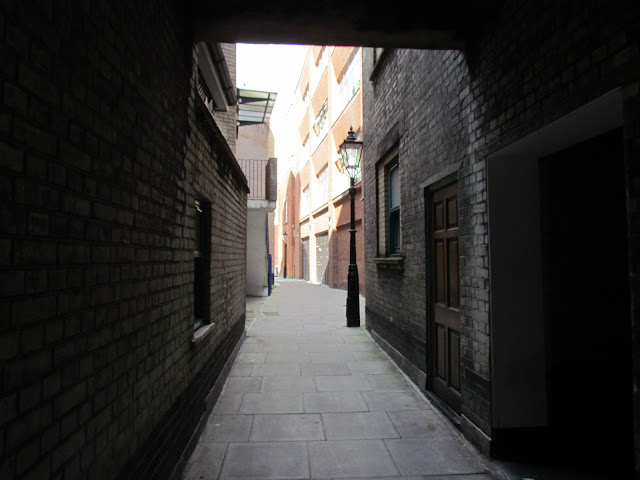 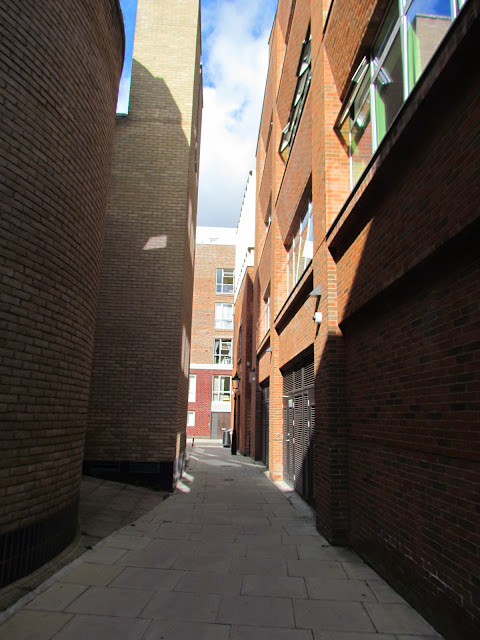 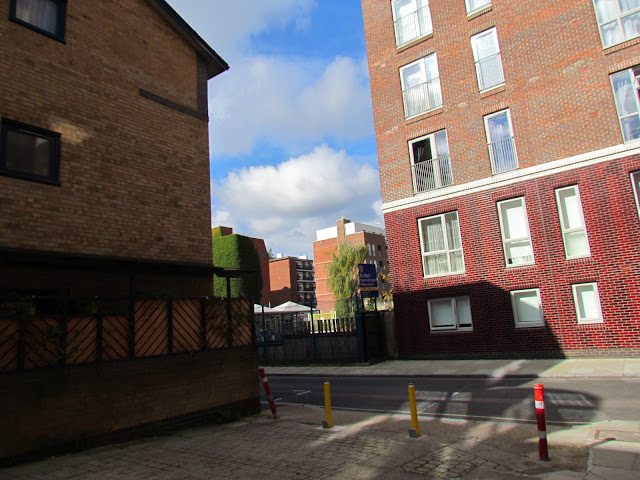 The plant on the building on the left looked like green fur. The fence is round a primary school playground and the kids were out for playtime, so I didn't take any closer photos. 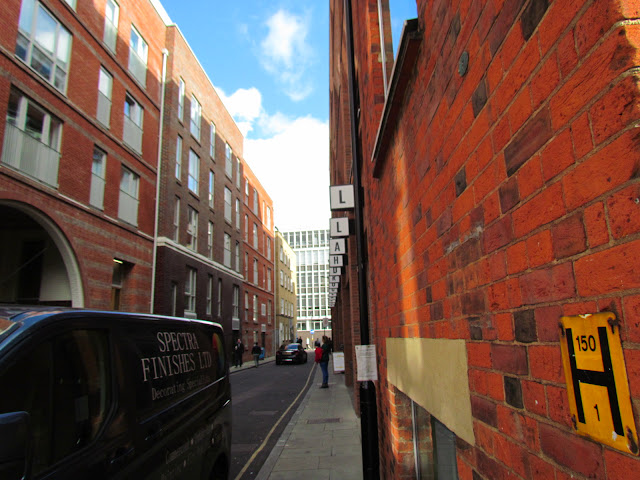 This lovely lettering says The Record Hall. I had to stand right back to work it out. I just looked it up and it is a workspace which looks very fancy. 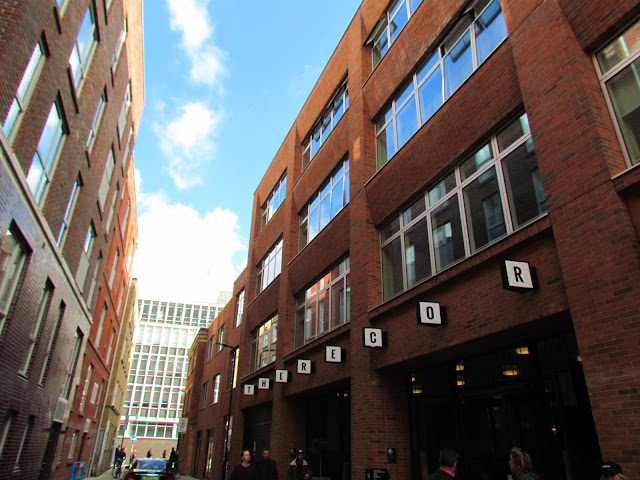 On the way back to the bus stop where I was waiting for Andy, I walked through this amazing place-Waterhouse Square. It was peaceful and had lots of places to sit and eat lunch, which many people were doing. 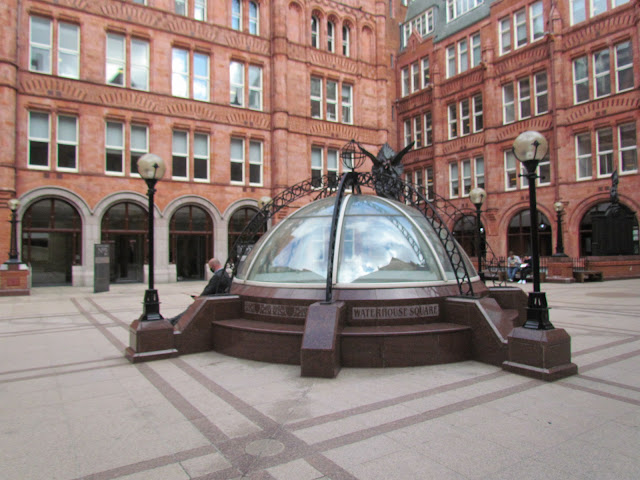 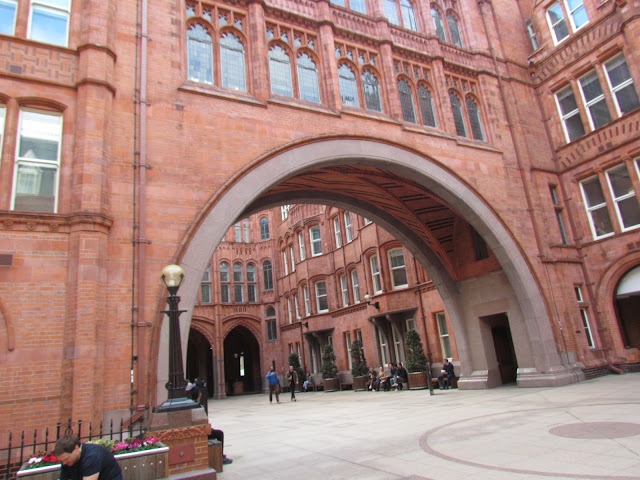 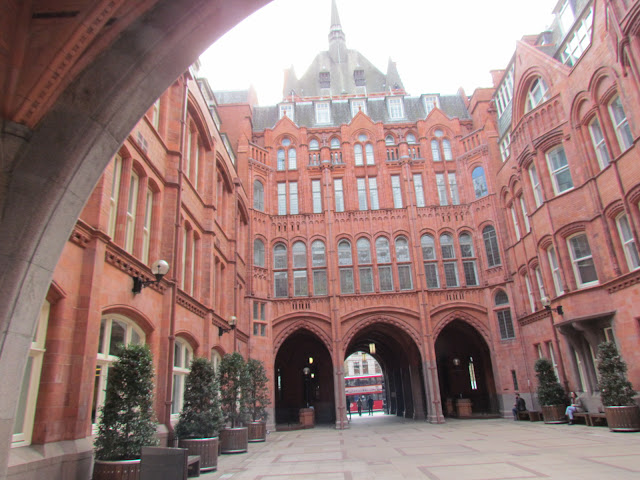 And Charles Dickens lived there too! Or at least he lived in a building near this site, which was demolished before the current building was built in the 1890s. 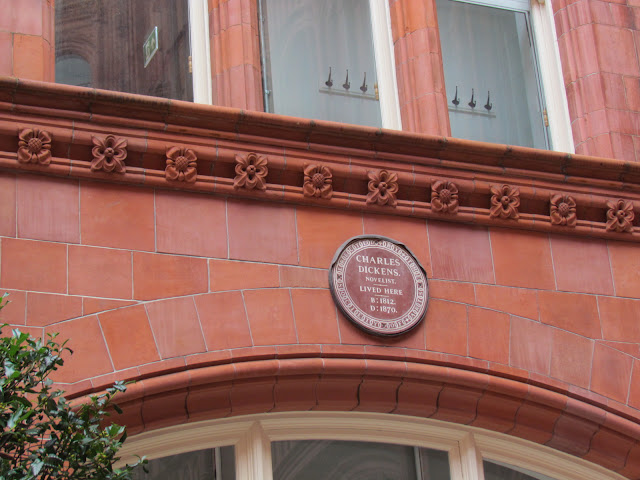 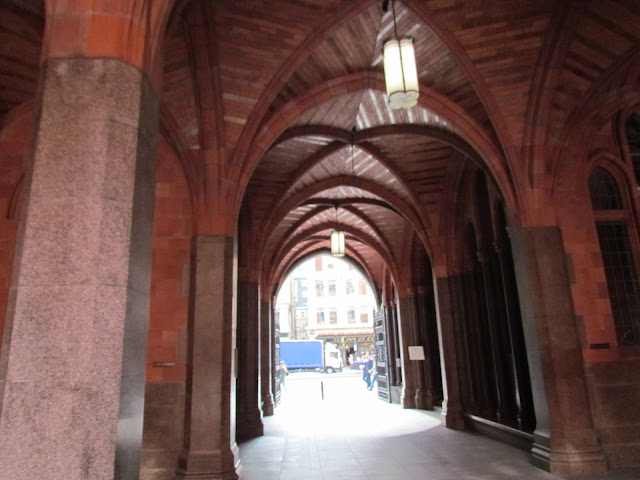 This makes me so yearningly homesick for you and the city! Sorry you caught a cold, children are full of coldy germs, no news there. Hoping all is well with Andy and "business". LOVE Xx

Waterhouse Square, the beautiful old and old style buildings, the little alleys, did you think of Harry Potter and Diagon Alley? It's all so beautiful. And Clean!

Well, you've given me another place to visit. How have I never seen Waterhouse Square??? Just when I think I've walked everywhere in this town I hear about someplace else! Hope your cold is better. I thought I was getting better but now tonight I'm coughing again. :(