Girlettes and Covid Vaccine in a Historical Setting

The Girlettes have been a bit like me recently-not doing a lot and feeling tired. However, things are starting to improve as the light comes back, and we have plans. Not many plans, but a trip out somewhere once we are allowed.  I showed Racer her portrait on Fresca's blog and it made her feel famous. She is still happy with her current outfit, especially her woolly warm boots. 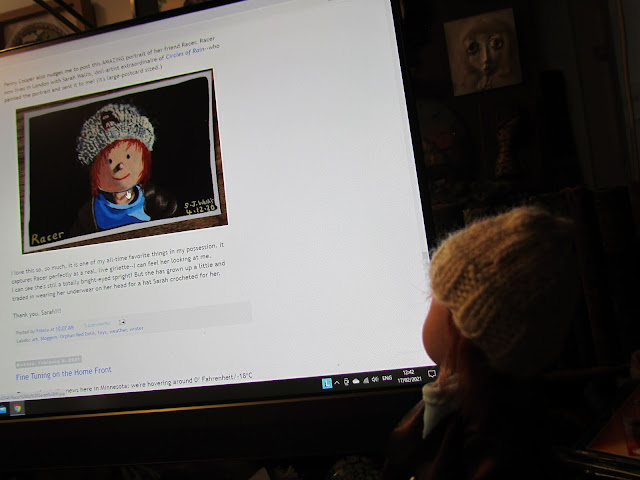 Madeline is still in her map dress, and doesn't mind too much, though she says it is not very practical for any trips we make take soon. Behind her is my second macramé Christmas tree-the red tassels above are the bottom of the first one. It was from a kit that my sister bought me for Christmas, and was fun and quite quick to make. 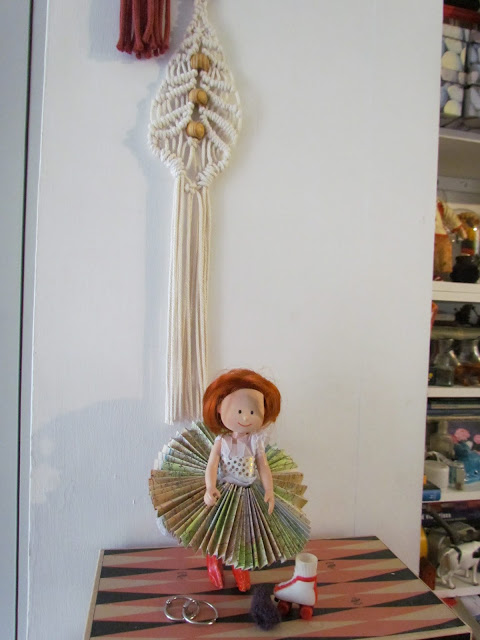 I was going to make pyjamas for all three, but I tried to make a pair for Minnie first and they were far too small. So she is wrapped in a little moss stitch blanket on the back of the settee, in between Paddington and the Womble. I may try making onesies instead, out of this cosy fleece fabric I have, but not yet. 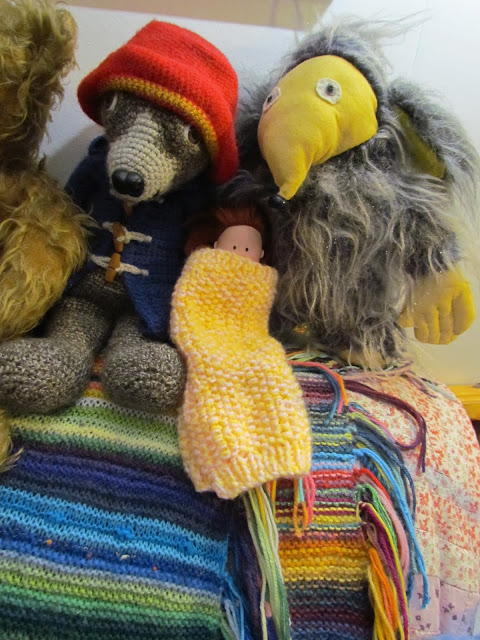 This morning I went for my Covid vaccination, and took Racer with me. She stayed in my bag as moral support but I forgot to take her out for pictures, so she is going to come out with me again tomorrow and see if I remember. I was amazed to be vaccinated so soon, as I was expecting more like the end of March, beginning of April. The doctor who injected me said they were ahead of the game in this area, which is good to know! 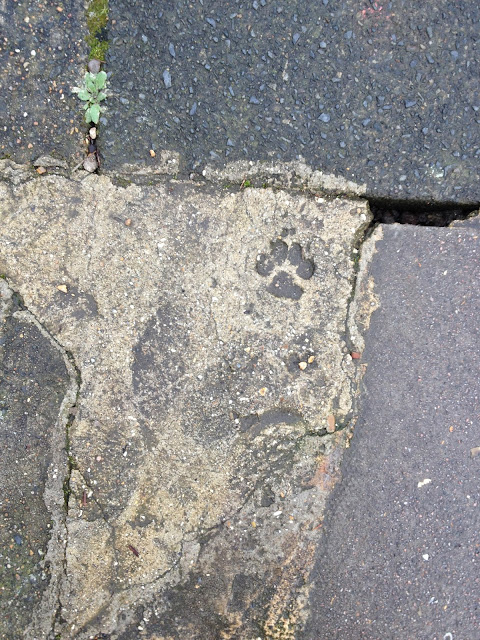 I saw this paw print on the way. I see loads in Camberwell, and always mean to take photos. They are the archaeological clues of the future! This is a particularly well defined one and you can even see the claws. 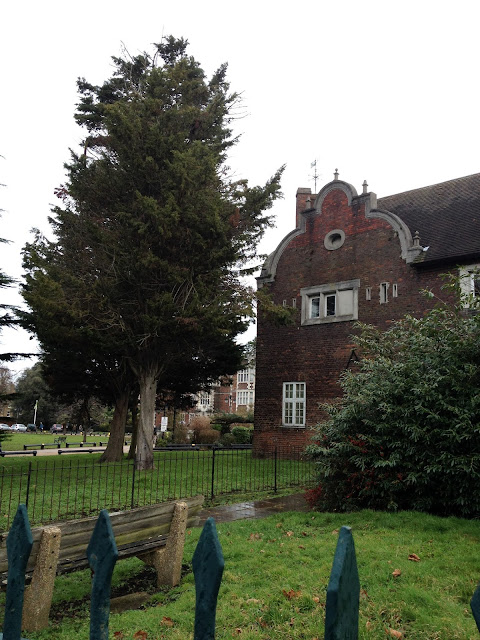 The appointment was at Charlton House, a Jacobean mansion built between 1607 and 1612. A lovely location to be jabbed! This building is on the edge of the gardens. 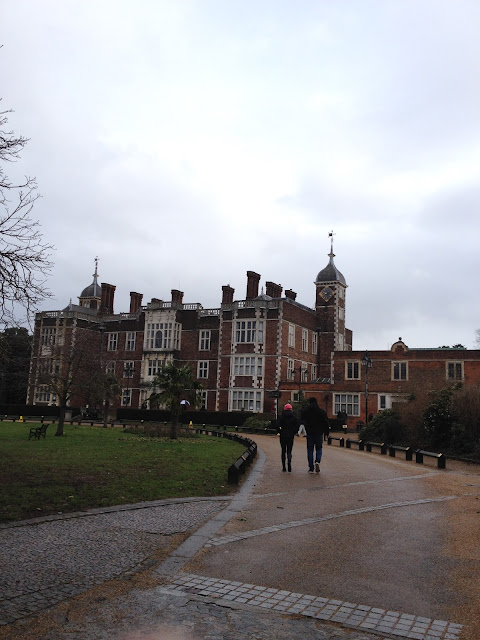 Here is the main house and the queue. It was all very well organised and all the people were very pleasant. It was strange to be among lots of adults but not be at work. There was a bit of banter and entertainment from the cheerful ladies who organised the part at the end where you wait for 15 minutes in case of a reaction. I also eaves dropped on a conversation between two men behind me but resisted the temptation to join in when they were talking about schools. I felt they did not quite have all their facts right but resisted anyway! 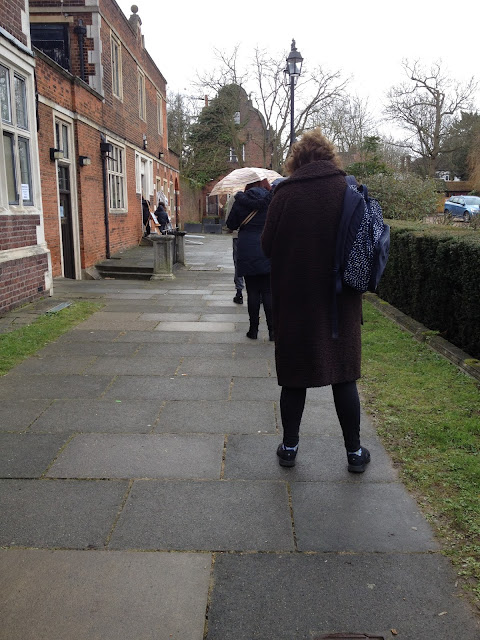 I took a few covert covid vaccine room photos. It is the library of the house. You can just see a soldier in the background. There were a few helping to vaccinate and organise. I think the other people are volunteers. 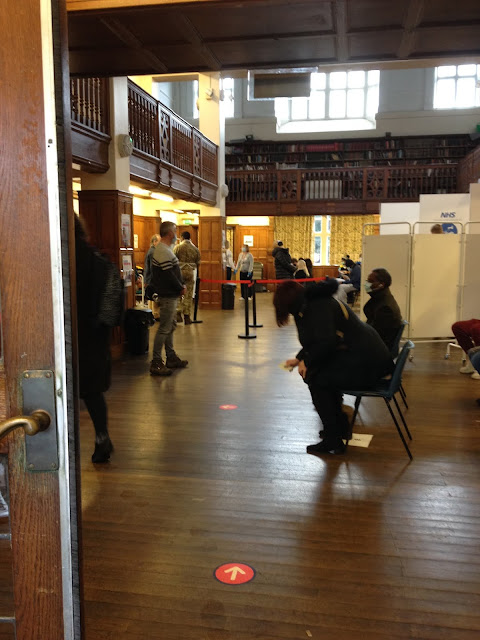 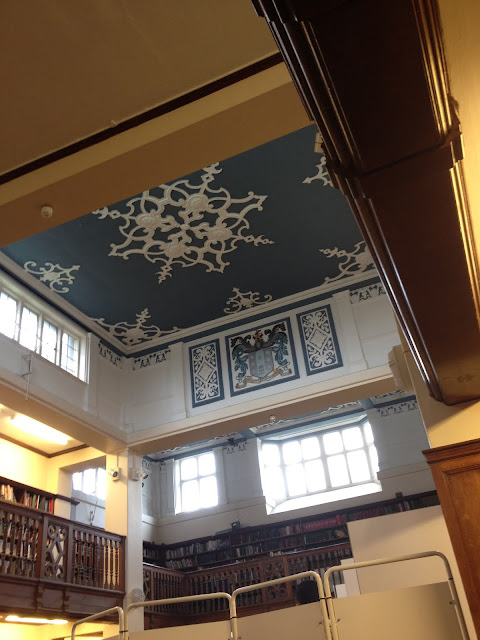 The ceiling has lovely plaster work. 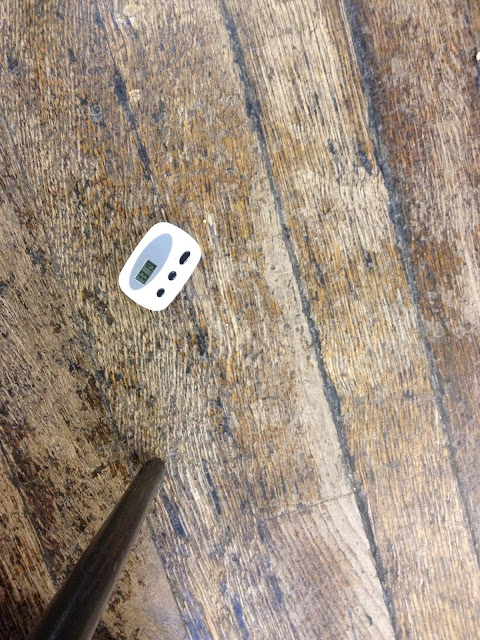 My timer counting down my fifteen minutes. I have an achy arm the same as when I had the flu jab a while ago, but no other problems. In fact the flu jab arm was worse I think. I am relieved to have had the first one. It has been ok going to work but the possibility of getting the virus is always in the back of my mind so now I can worry less!

wonderful! Teachers should be first in line, now i will not worry about you going to work with the "challenged parents"about. What a beautiful building to get a jab in! Charming, so it's all good! The girlettes must be in kahoots, I took photos of the three who live here today and was just going to post them. Did the orange things in silvery wrap ever arrive? Could be lost.

HOORAY for you getting the vaccine!
(I don't know why teachers here in the US aren't top of the line, along with health-care workers.)

Did you know I took Racer with me when I went to get my Covid test back in the summer?
So she's an old hand.
gugeo.blogspot.com/2020/07/my-nose-hurts.html
She really does deserve to be famous!
And your portrait of her could go in the Nat'l Portrait Gallery.

The doctor I saw was so nice and said apologetically he didn't have the right size test for dolls.
I don't know how these busy medical workers can continue to be so nice and kind--everyone I talked to who's gotten a vaccine so far said everyone was very nice to them.
This makes me proud of the humans.

Minnie looks like she's on Cloud Nine tucked up in her warm blankie, with friends.
And Madeline's skirt could be handy for going exploring---she could always locate where you all are. "Europe!"

The macrame trees are very pretty and design-y.

Excellent! I'm glad you got your jab! I visited the grounds of Charlton House when I was walking the Capitol Ring some time ago -- I didn't go in, though, so it's cool to see your pictures of the interior.

It's nice that you took Racer for emotional support. That is a lovely looking old library. Our vaccinations begin on Monday, but I'm not in the first group of people or even in the second, I'm in the third age group, so it will be a while for me. We don't have much Covid in Australia and currently none at all in my state, so I don't mind waiting.

I took my mom to get her first shot about two weeks ago, she is going to get her last shot on Friday. Glad you got yours. It will be a while before I get mine, I am happy that my mom, who is 85, is getting hers.