After a facebook post of Fresca's, with an animal book with an elephant, in which she requested to see my elephants, I went round the flat and took pictures of some (most) of my elephant collection. Maybe because they are associated with memory I can remember where most of them are from. 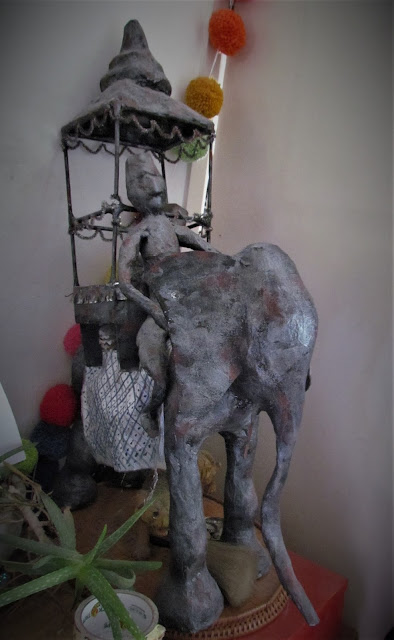 This is one I made (better pictures, process and inspiration here) I saw a picture in a magazine of a metal elephant and really wanted it, so made one. I had been doing Arty Party which had taught me how to do papier mache animals. It took a while! 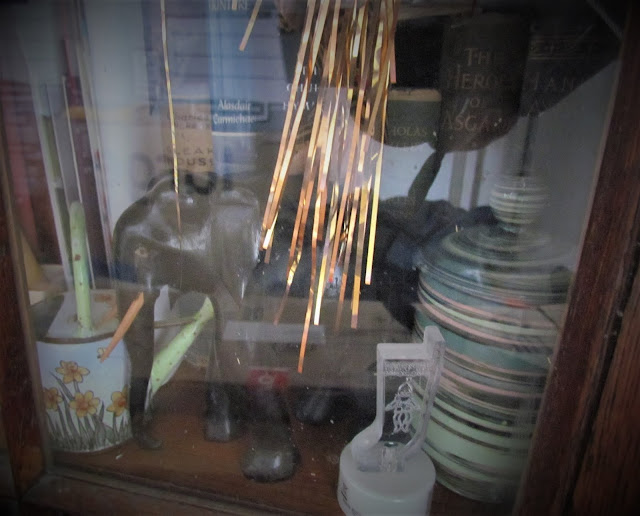 This wooden elephant was my Gran's, (my Dad's Mum's) and lives in a jumble of things and books in the wooden, glass fronted book case my Grandad made. It made me realise that I have not removed or tidied the things in there for a long time, possible the twenty years we have lived here. So that is on my list at some point. 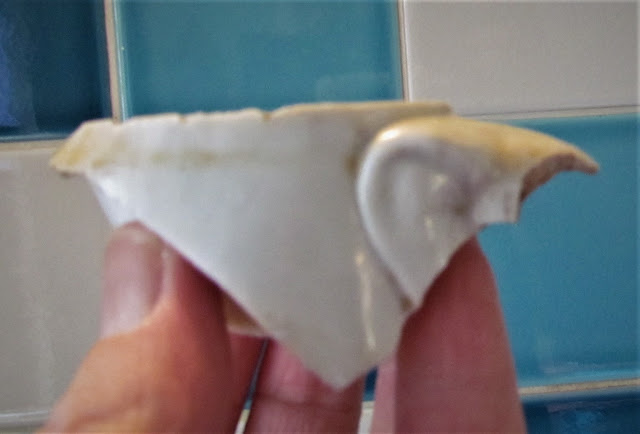 This is a piece of an elephant I found in Essex on the estuary at the bottle beach. It is sad to be only a part. 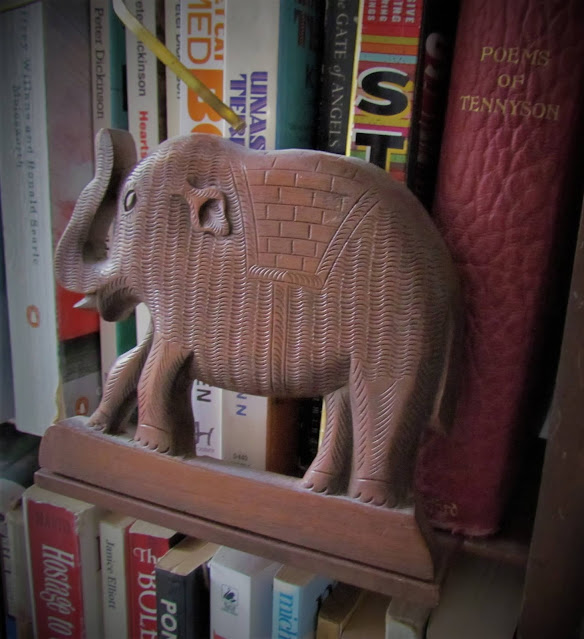 Wooden bookend elephants from a nice lady on Greenwich market. She was moving and was selling lots of lovely things from her flat. I also bought a white on red polka dot enamel teapot from her. 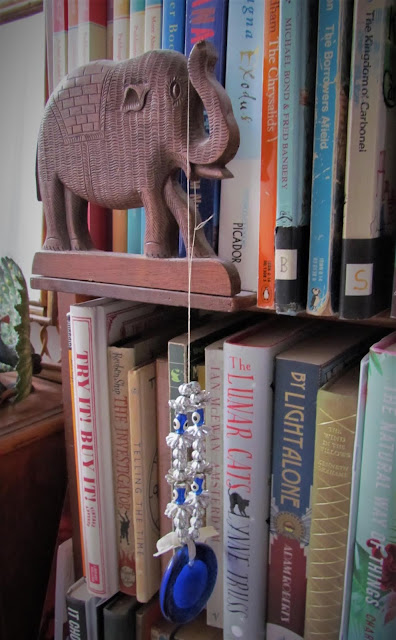 They live on the bookshelf in the hall. 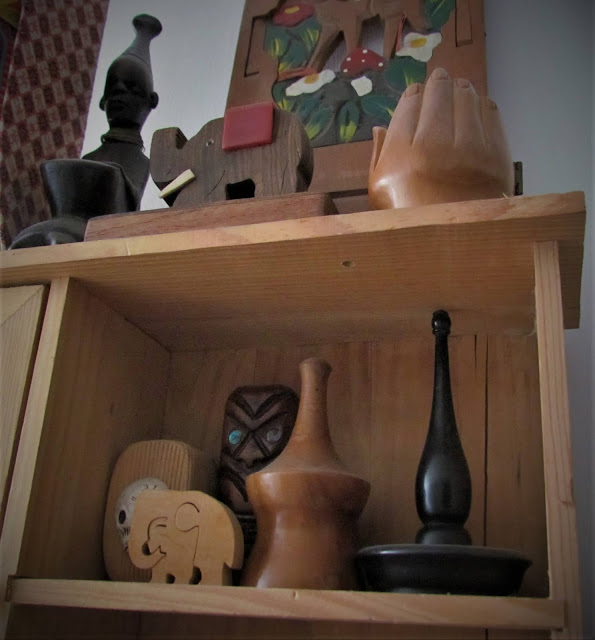 Also on the bookshelf is the little display shelf of wooden things. Both elephants on here are from Linda Sue from one of her marvellous parcels!

This is my printers tray of tiny things. I bought the tray in Leicester about 30 years ago. The two red elephants on here are from a strange second hand shop in Rochester, run by an old couple with few teeth. It is piled high with junk-actual junk, but you can occasionally find something good. I don't know how they keep going, and always expect that they will have shut each time I go. There is also a little Wade china elephant and a wooden painted Indian one, and I am not sure where they came from. 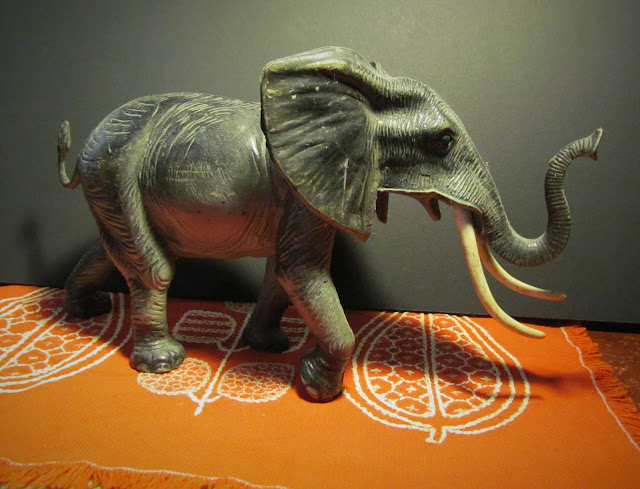 I was with Linda Sue when I bought this old plastic elephant, but I can't remember where we were. It might have been Tunbridge Wells. 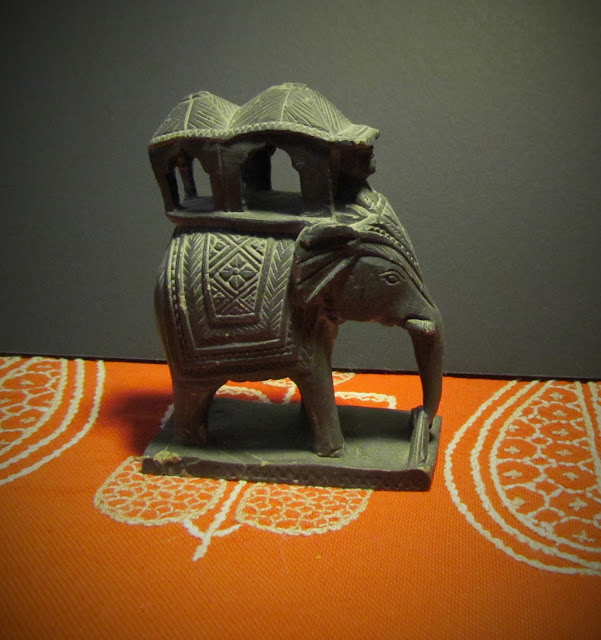 Not sure where this one was from. It is made of heavy pottery. 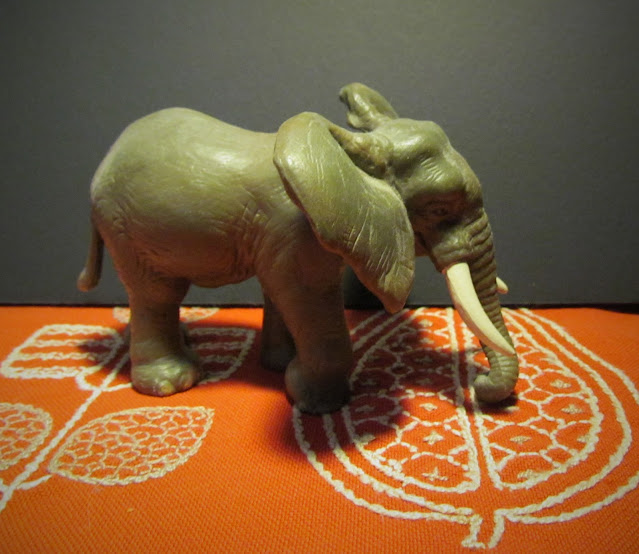 This one is a mystery too. My elephant memory is deserting me. Below is another wooden one but I bought it in Leicester and my brother made it new tusks. 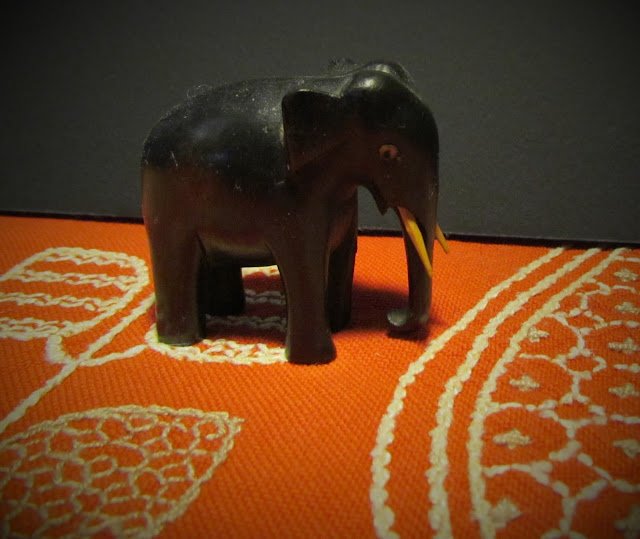 This one is extremely heavy. It looks old but I don't think it is. It is probably meant to have a Howdah attached. It was either a boot fair find or a charity shop in Welling. 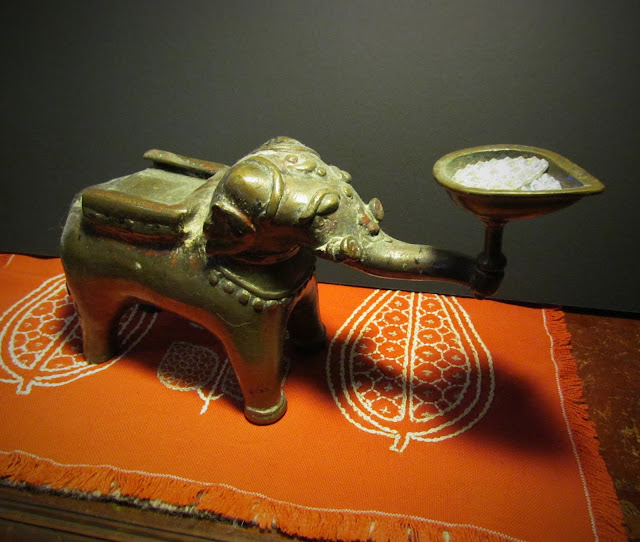 This one is called "The Little Wanted Elephant". I made it and said I didn't think anyone would want it, and Andy said he did so I gave it to him. It lives on the shelf with my Tiger cat memorial. 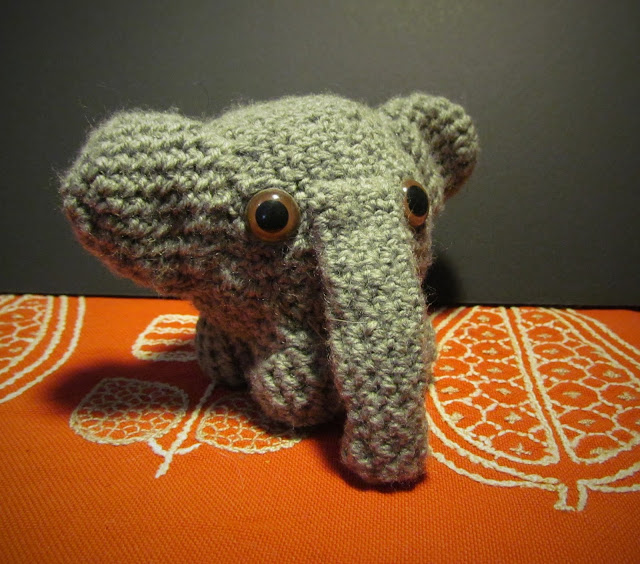 This was from the boot fair and was very damp smelling, but that has faded now. It is completely solid. I think it must be stuffed with sawdust. 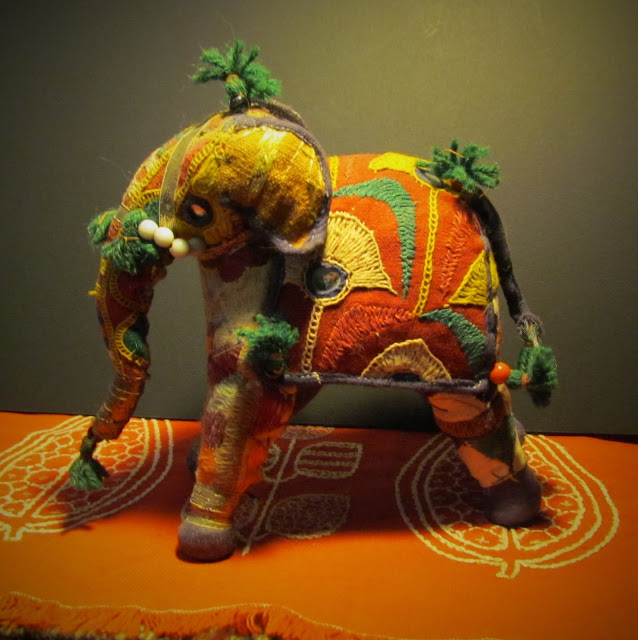 That is the end of the elephants. Now for the giant mushrooms. Not mine, but a very clever artist in China called 小芊枫 XiaoQianFeng. Her video was put before me by YouTube. This artist is amazing. The video is about 20 minutes long, and beautiful. She lives somewhere remote looking, and seems to have a lot of space at her disposal, which she needs for her project. It must have taken her weeks, but is all there to see, and makes me want to rush off and make just one mushroom, (as I don't have much room!) immediately.
Posted by Sarah at 15:57

I remember your very large mushroom- has it been eaten? The video sent me to her making a mother's day gift. WOW! If I started making those things at age ten I would be 80 before finishing!
Your elephants are wonderful. Especially the one that you have made.

I love all your elephants. The little hand knitted one is adorable. I have a few myself, (eight), one was a gift, six are from thrift shops and one I rescued from a roadside dump. They all live on the same shelf in my kitchen.

What a wonderful abundance of elephants!
I looked at your post about making the fantastic papier-mache elephant.
Impressive.
And fun!

Reminds me my mother got a little brass elephant on rollers from India when I was a kid. It was the 1960s, and south Asian textiles were in vogue--we had Indian bedspreads and the like.
An Indian embroidered ottoman just got donated to the store, and I felt a pang of nostalgia.

Your crocheted elephant is The Most Dear Thing!

I see a lot of standard-issue elephants--yours have have tons of personality.

The giant mushrooms are astonishing--I like that at the end, there's a stuffed bear in the mushroom house too.

Interesting elephants! I love how each one (well, almost) has a story.

Thanks for sharing. Lovely elephants. I also really enjoyed the serene quality of the making of the mushroom tree-house that you shared.

I watched the video today, I am very impressed with her work.

I adore your display of elephants. The one you made is quite lovely too.