Rambling long post with pretty pictures, great photos, a book recommendation and a song I love!

All the comments on my last post made me laugh and smile, and feel happy to have such lovely and kind blog friends! The bears say 'Hi'-they and I have calmed down slightly now.
The children came in yesterday, and almost as soon as they did, one of them was sick on the carpet, vinyl, sink, silly cupboard lock and taps! Poor girl-she is on the autistic spectrum, and was terrified of the new school, and it could not even be mentioned to her without causing a massive panic. She was in such a state when she first came in, crying and scared, that no wonder she was sick. She went off with her Mum for a while, to take her older sister to school, and when she came back was much better, and today pretty much fine. As with everything, it is often the thought of what is about to happen, rather than the actual event which is far more scary. I hoped it would be like this for her, that all the familiar faces and things would be far more important than the location.

The playground is huge! It is about three times bigger than our much reduced old one, and we actually went out quite a bit today. It was lovely to see the kids using so much space, and to be able to have bikes, parachute games and other things going on at once!
After yesterday with the children, it was easy to see where the problem areas of the classroom were, so I totally rearranged it last night, with the help of the lovely cleaning lady Jackie-who has been of far more practical help than anyone so far, and so kind! I only knew her slightly before-just to say hello, but she is great! Though I miss our old cleaner who was also lovely. Tarting up begins in earnest tomorrow-my favourite part! The reward for all the hard graft is always the arranging and decorating! I will show you some pictures next week! 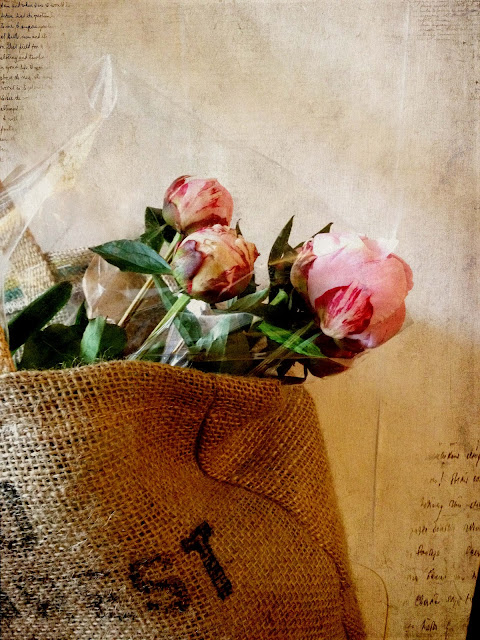 My personal reward to myself a couple of days ago was these paeonies. They were reduced and looked promising. 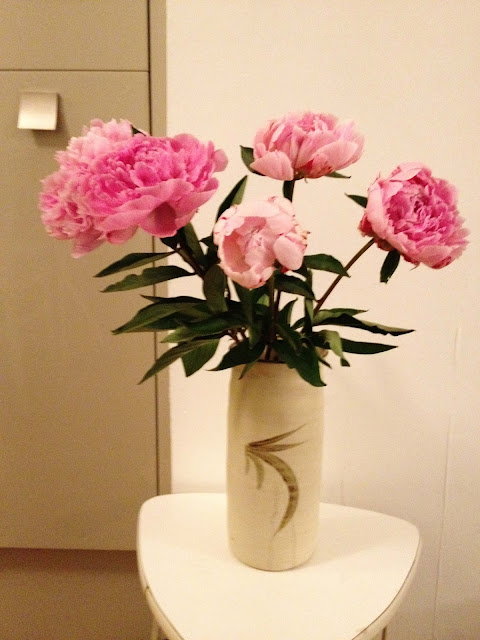 Beautiful! They are standing on the kitchen table, but this little table is good for flower pictures against the white wall. I could not really leave them there though as it is an unstable table! 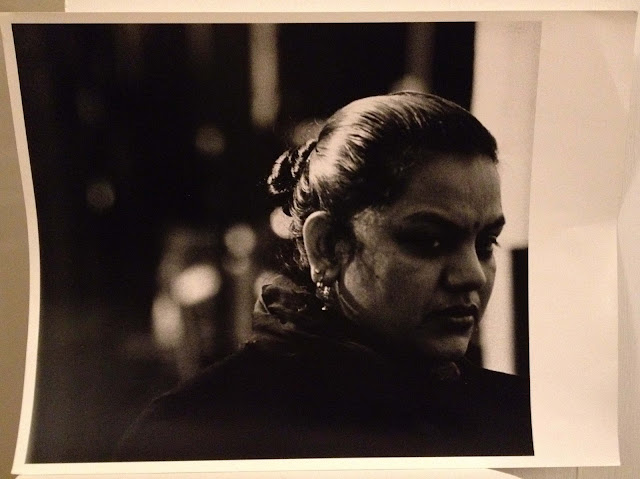 I just thought I would show you these too. They are two photos from a selection of twelve I bought last weekend in a charity shop-all about A3 or slightly bigger, and amazing shots. Urban, industrial, buildings and some people-all black and white. The photographer is called David Lyon. I couldn't find any information about him on the internet, though as they are from so long ago there may well not be any. I would love to know about him. There were at least forty more pictures, and I had to stop myself! They were £2 and £3 each! Some are mounted on card and others are just the print. They must have come from a house or business clearance. It is sad that all this amazing work just ends up in a charity shop, though I suppose some good comes out of them, and the buyers will appreciate them. Most are from the early 80s or late 70s. Carole asked me the other day what I would do with the bones I found. A lady on Greenwich market asked me what I would do with the four or five vintage postcards of the Queen I bought the other day, and I also thought to myself about these things, and these photos, which cannot all be displayed at once. What I think, is that I don't often know what I will do with things, I just feel compelled to have them and this is mainly because they make me happy or inspire me. I am displaying a photo for a while on the little table, then will change it. The postcards will go in my postcard frame for a while and I will enjoy looking at them. The bones are on the side, and I look at them often and have drawn some. 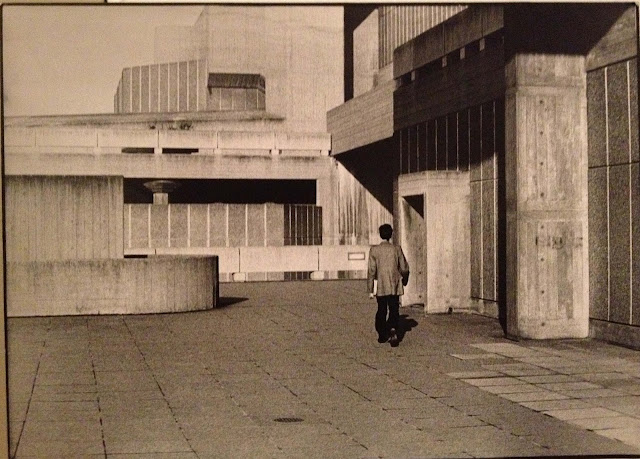 This one is called 'Man and Concrete'. I think it must have been taken at the Southbank, near the Hayward gallery.
I am currently reading this book on the recommendation of Andy's brother and I love it! Have only read a little so far, but it is the first book I have started for ages where I can't wait to get back to it. We went to see 'Prometheus' with him, and were discussing many much better films when we came home, and he said this book was a little similar in storyline but really good. Have you seen it yet Tracy? What did you think? I didn't want to answer your query the other day in case I spoilt it for you!
And I also can't stop listening to this song-by Mary Gauthier, so brilliant but emotional too which is what I seem to need in the car on the way home at the moment! Andy has made me a whole cd of her songs to listen to tomorrow!
This version is most like the one I have on cd-I like both.
Posted by Sarah at 15:28

Best wishes to you and your youngsters in your new school.

Erik anticipated Prometheus- a bit too much- He hated it and for all the right reasons! Saves me the trouble and expense!
Your peonies are perfect! They do exaggerate and I think that is why I like them so much- their stories are dramatic. We have some bright ones along the back fence and they do demand attention- they sing loudly! I think they drink...

Stuart enjoyed Prometheus, although the friends he went with didn't. He said that if you went expecting it to be a prequel (as some of the advertising suggests) you would be disappointed, but that it was a good film in its own right.
Aren't those awful concrete buildings - why did we ever let ourselves be conned into thinnking they were the way forward?

Love the paeonies (Paeon is the god of healing and medicine, and the plants have many interesting uses).
Great find with the photos, I prefer black and white in lots of cases, so atmospheric.

That first image of the peonies made me gasp! I hope you don't mind if I pin it on Pinterest? And, oh that song!

I know what you mean about feeling compelled. I also sometimes buy things from flea markets, junk shops or car boot sales, just because I feel they need a home. I do not always DO something with them. Usually, like you, I display them for a while and look at them and think about them. I sometimes make up little stories about them.
Thanks about the link to the Stone Gods book - it sounds really interesting, and I have read some of her other books which I have enjoyed.
PS We went to see Prometheus today. It started off with some promise, but in the end it failed - much ado about nothing. Also, there were a number of illogical points in the scripts Perhaps one shouldn't analyse too much with a movie like this...