Foxes, Dobby, a Bear and Boat

These pictures are from a visit to the foreshore a few weeks ago in Woolwich. The stairs to this piece of  shore are really good but it is a bit isolated so I don't often go there alone. This visit was quite early in the morning and I thought that it would be fine which it was. It was a beautiful morning. One of my finds was this notebook. I liked the way that the sand in the screen shifted with the water. It is now thoroughly dry and I have artistic plans for it which are not quite formulated yet, and involve some deconstruction which I am not sure how to do. 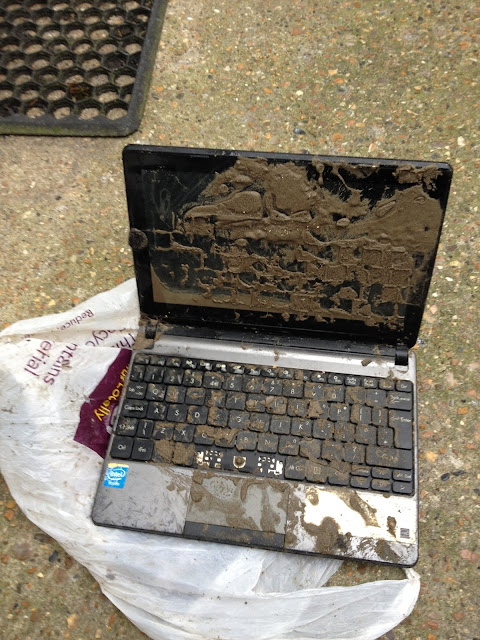 The water was so still and it all just looked gorgeous! 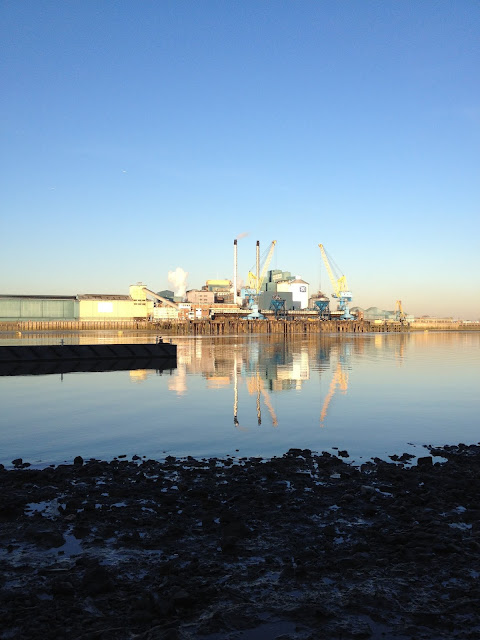 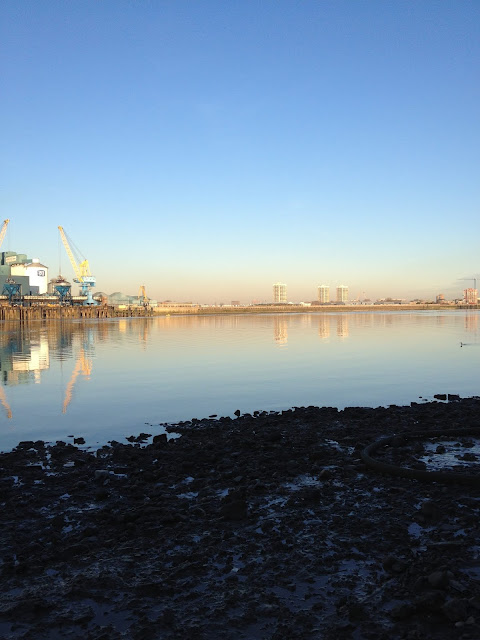 The boat is called The Royal Iris. It is an old ferry, originally from Liverpool, built in Dumbarton, and had an interesting life before it ended up abandoned here. The Beatles performed on it in the 1960s. 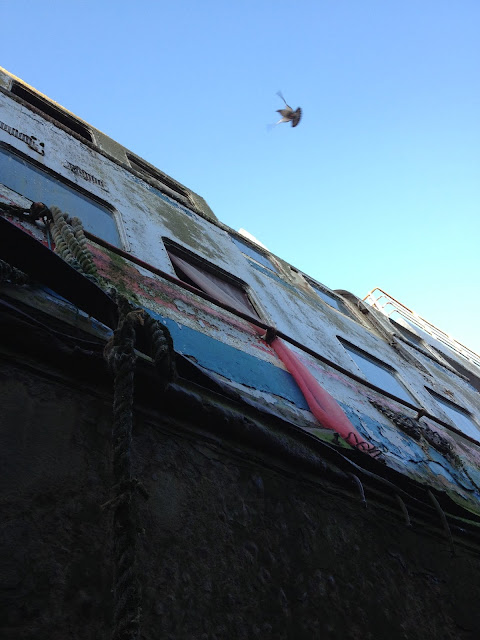 Now it is home to pigeons and whatever other creatures can use it. 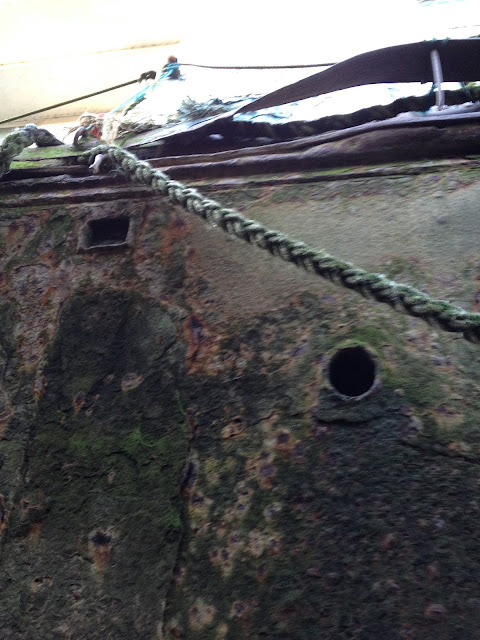 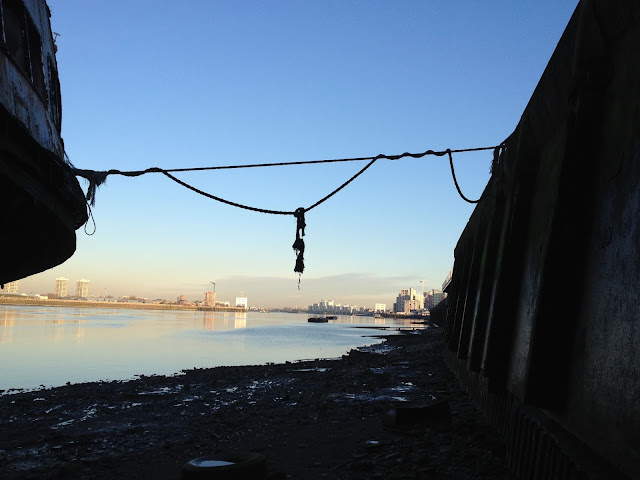 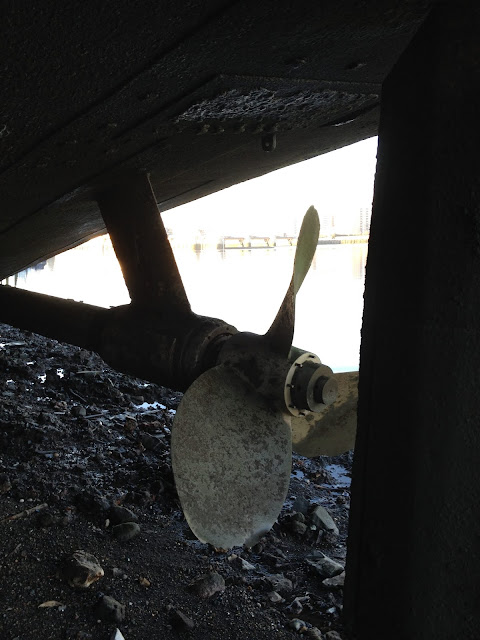 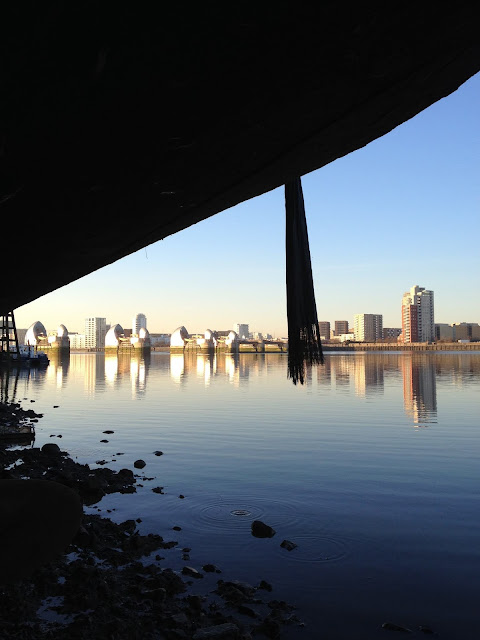 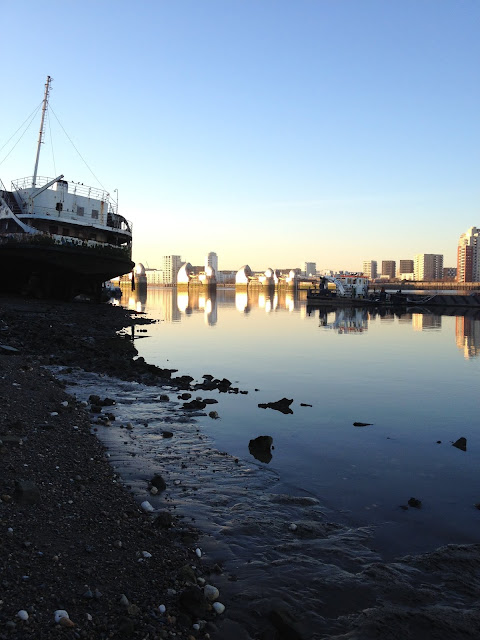 The Thames Barrier in the background. 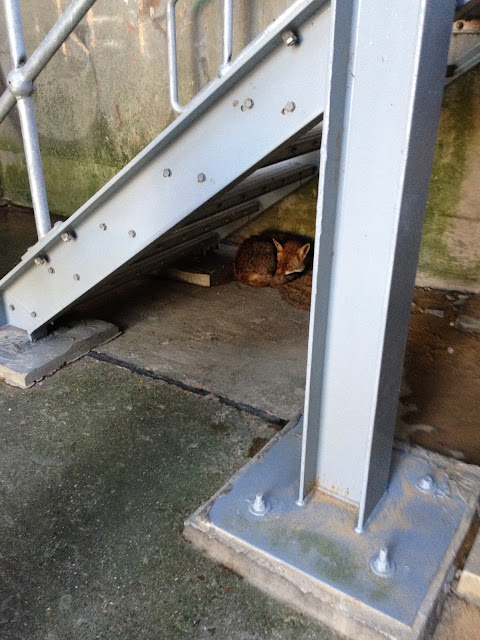 This fox was under the steps when I left, and didn't move when I stood there and talked to him. I don't think he was very well. His fur was all sandy, as if he had been on the beach. I hope he survived. I saw a dead one on the path by the river the other evening, and then when I went onto the shore, I met a very angry man (but angry in an interesting and quite amusing way) who thought he had been poisoned. The man was voluntarily picking up rubbish, which he does on a regular basis. He used to work on the bins, (his words) and had theories to sort out many problems, (including flooding, rubbish, cracked walls, companies dumping rubbish in the river, and how to safely get down the concrete bank onto the shore!) By the time I had finished talking to him, it was nearly dark, and I could just about see enough to pick my way along the beach, find a couple of things, go under a creepy jetty with slimy rocks under my feet, and climb up a ladder in my wellies, which was not easy. The Russian man's words continue to echo in my ears!

This is a piece of fabric dripping into the Thames in a beautiful way. 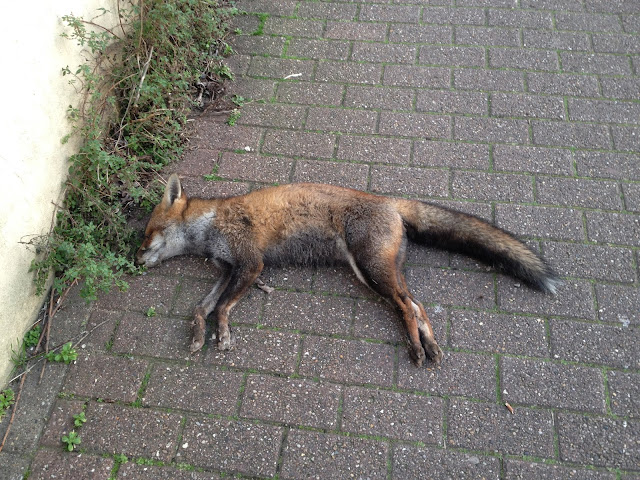 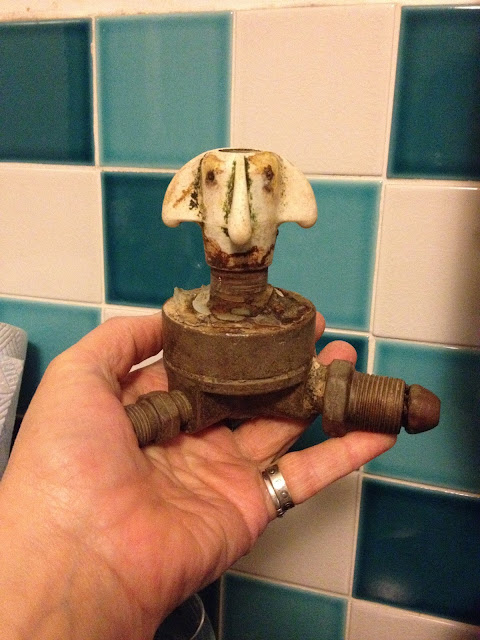 And here is Dobby. It was only when taking a picture of this tap that I noticed the resemblance! 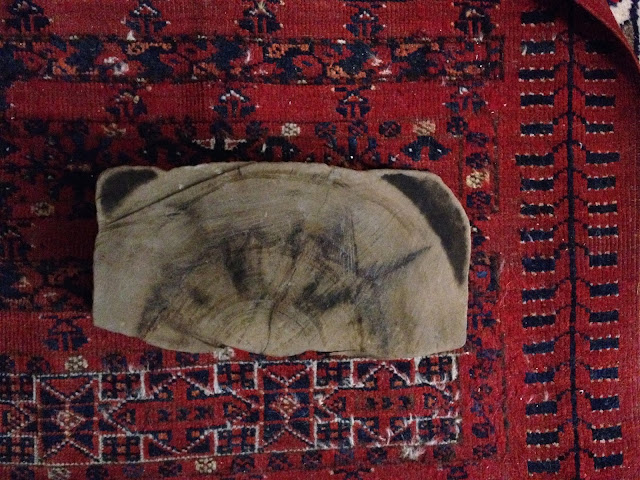 I found this extremely heavy piece of wood with cut marks on it as if it was part of a carpenter's bench or a butcher's board. I didn't notice that it looked like a bear until I took this picture. I am going to give it to my brother for his birthday (no expense spared!) as I thought it might make a good base for one of his amazing carved skulls.
Posted by Sarah at 14:39

Poor foxes. I know there are a lot of them in London, so they appear to be prospering overall, but I think individually they lead difficult lives. :(

They do. I think on average they only live a couple of years.