Focus seems to be something that is eluding me at the moment-well in the way of getting the more boring things done, such as finishing sorting out the detritus from 20 years of school hoarding, or clearing the jungly garden. However, none of it seems that pressing when I have so many things I want to make! Usually the summer is spent in a frantic scurry to get everything done before school starts and takes over my life again. Well not this year! I feel so lucky not to have a permanent job as a teacher. That seems weird even to say but it is true. I am slightly nervous about commencing my supply teaching, but experience tells me it will be ok. I had a nice chat with one of the supply agancy staff the other day, and an email from someone I met at a school I visited for a transition meeting for two children in my class before the summer. I don't expect there will be any work tomorrow, and maybe not much this week, but that is not too much of a worry. I will spend one more day making things, and pottering around and then I will ring the agency tomorrow afternoon to see if they have anything for Tuesday. I am going to start getting up at normal time tomorrow though so I am in a routine.
Below are a few of the things that have been occupying my time this week. 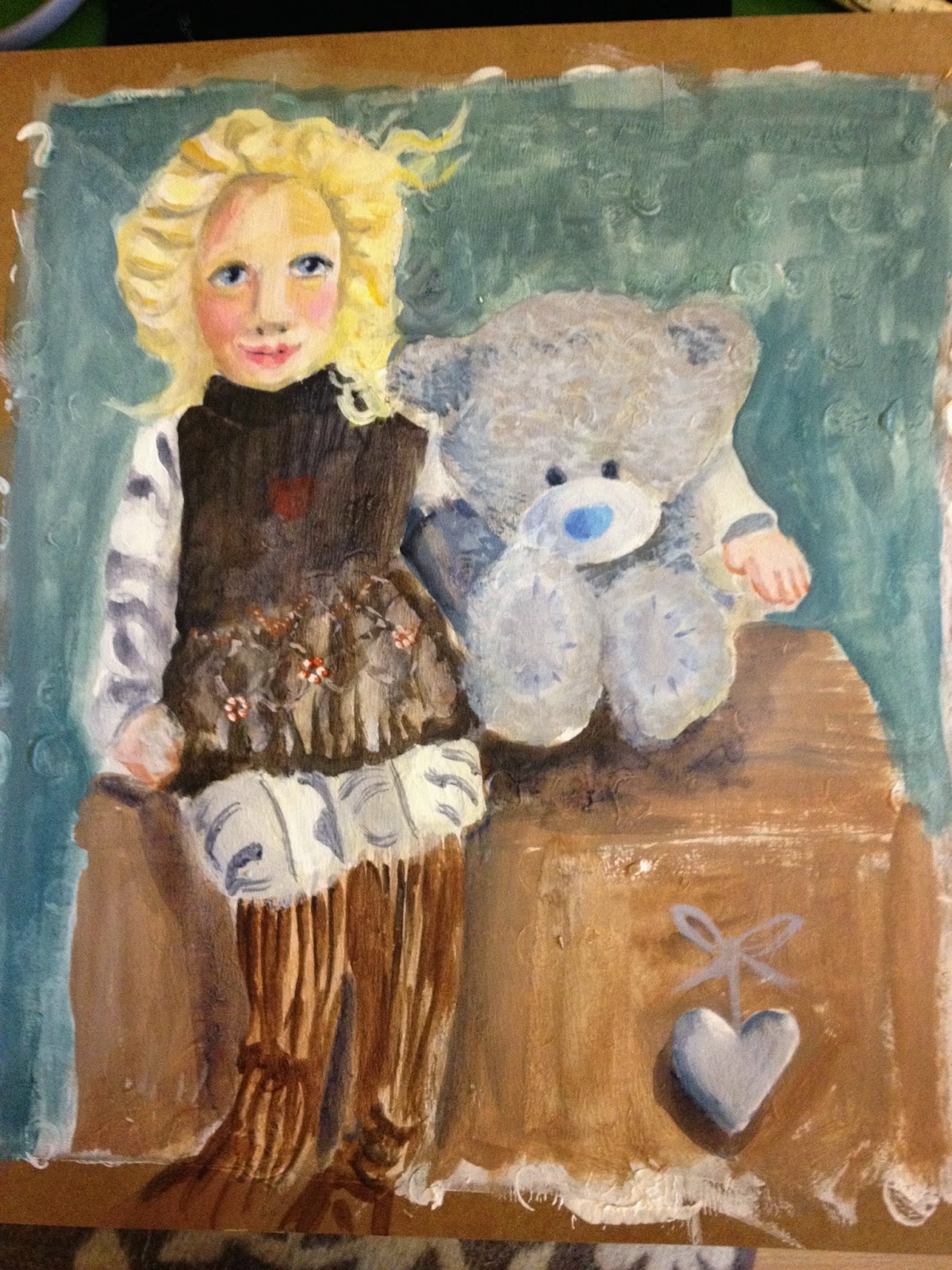 I finished my third doll painting. This doll is hard to make look as she actually looks but I am fairly happy with the picture, especially the teddy and the heart. 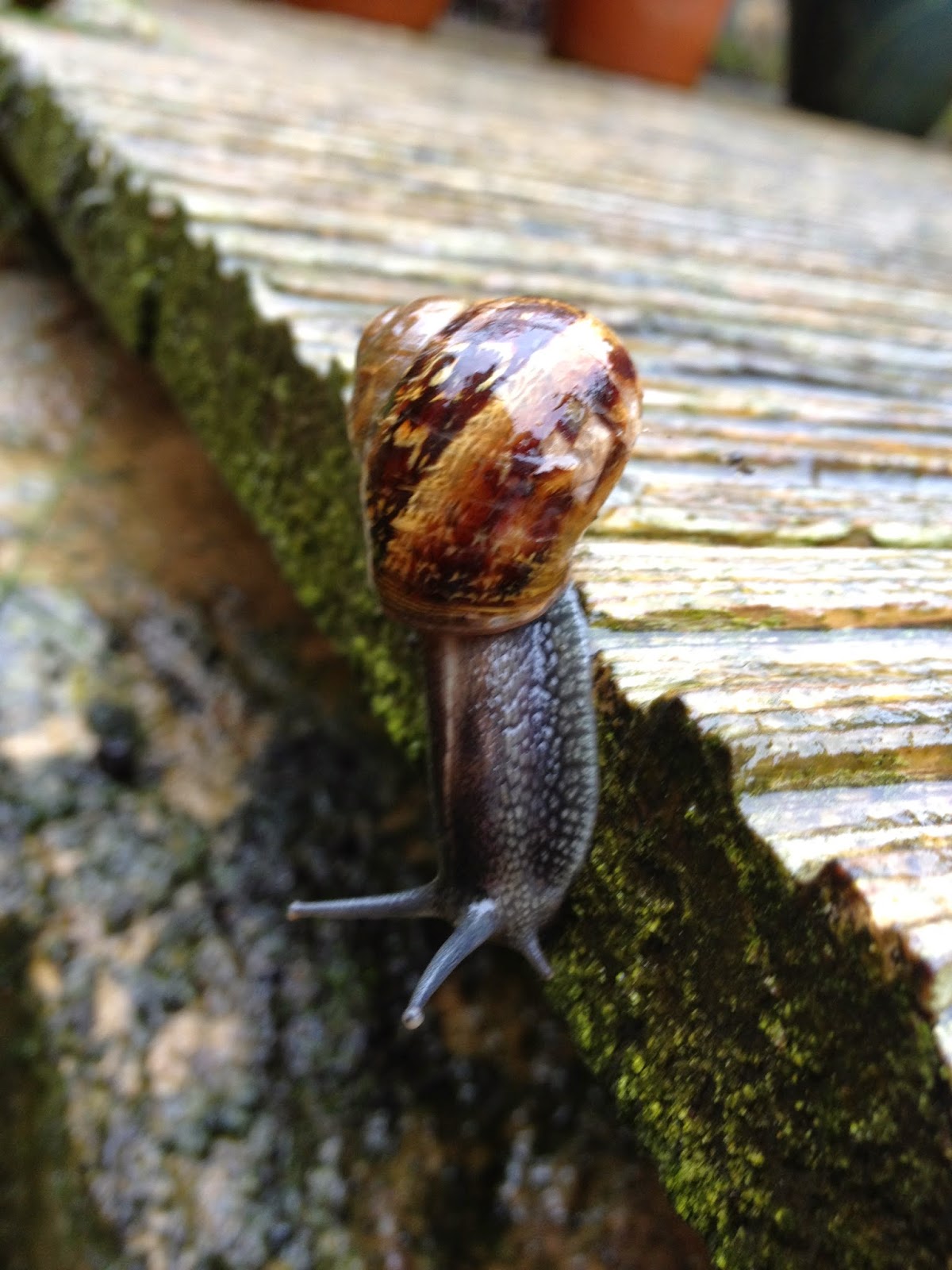 I spent some time snail watching in the rain the other day. Hundreds of them appear when it rains. They are a good subject to photograph as they are so slow moving and don't get scared! 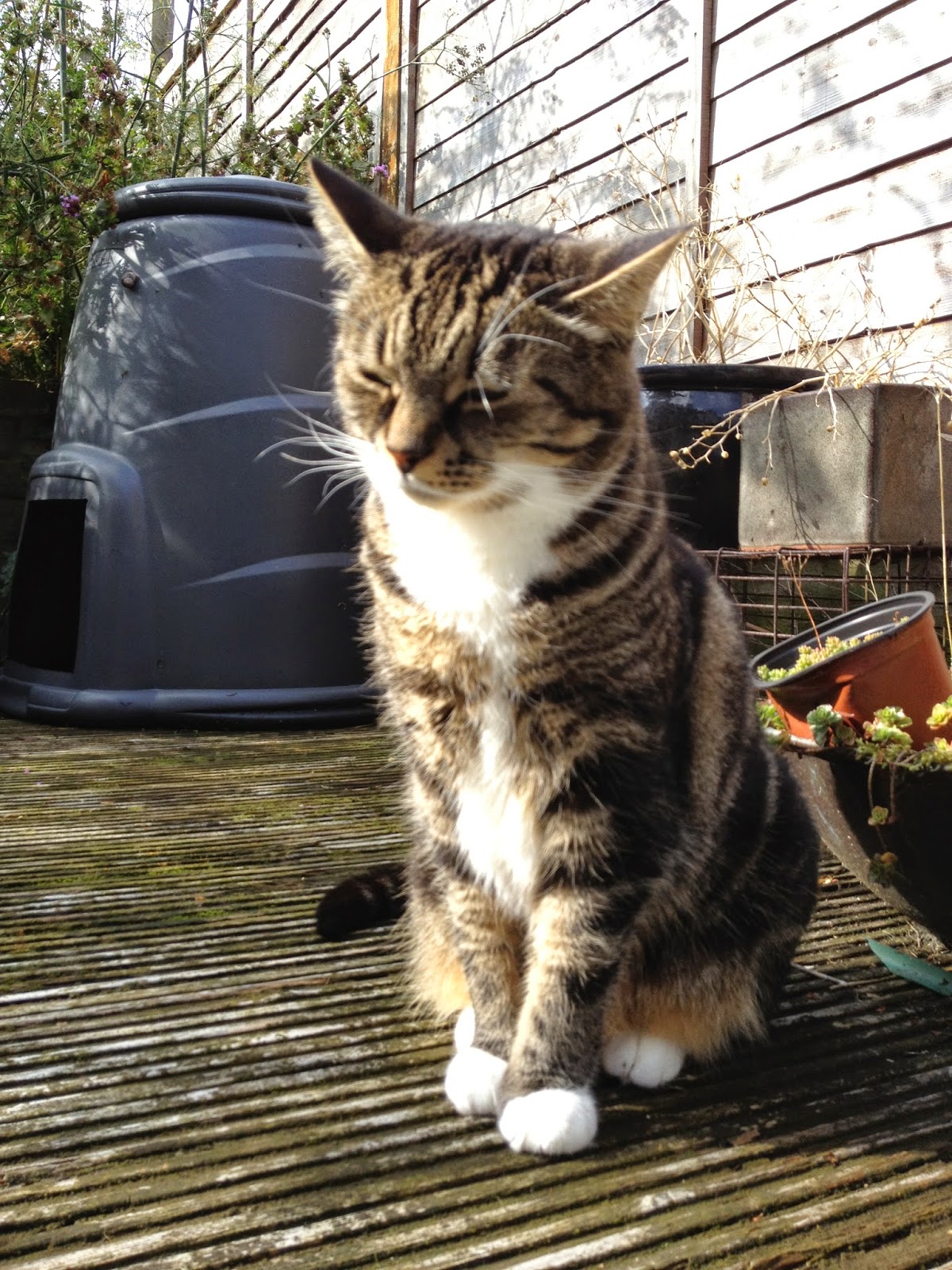 This is Cassie first thing in the morning-well for her anyway. She was enjoying the sun. 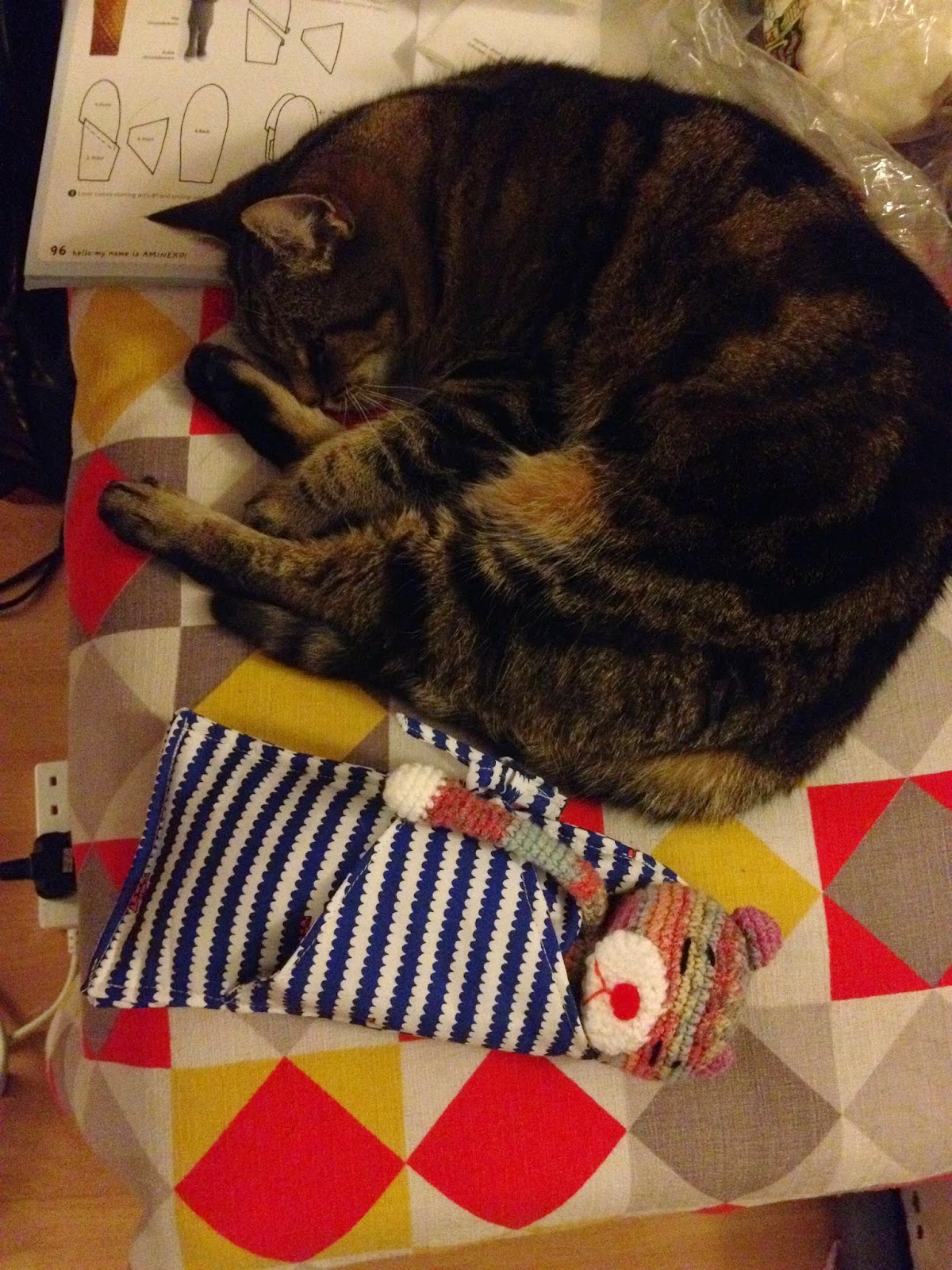 Under this fabric is an old wooden trunk, the property of a Captain Borland who is somehow linked to Andy's family. It is where I sit to use the sewing machine-which I set up on a felt top card table normally stored behind the rocking chair. Everything here is stored under or behind something else! Lily likes to sleep here though and sometimes I have to leave her. Amineko slept with her the other day.. 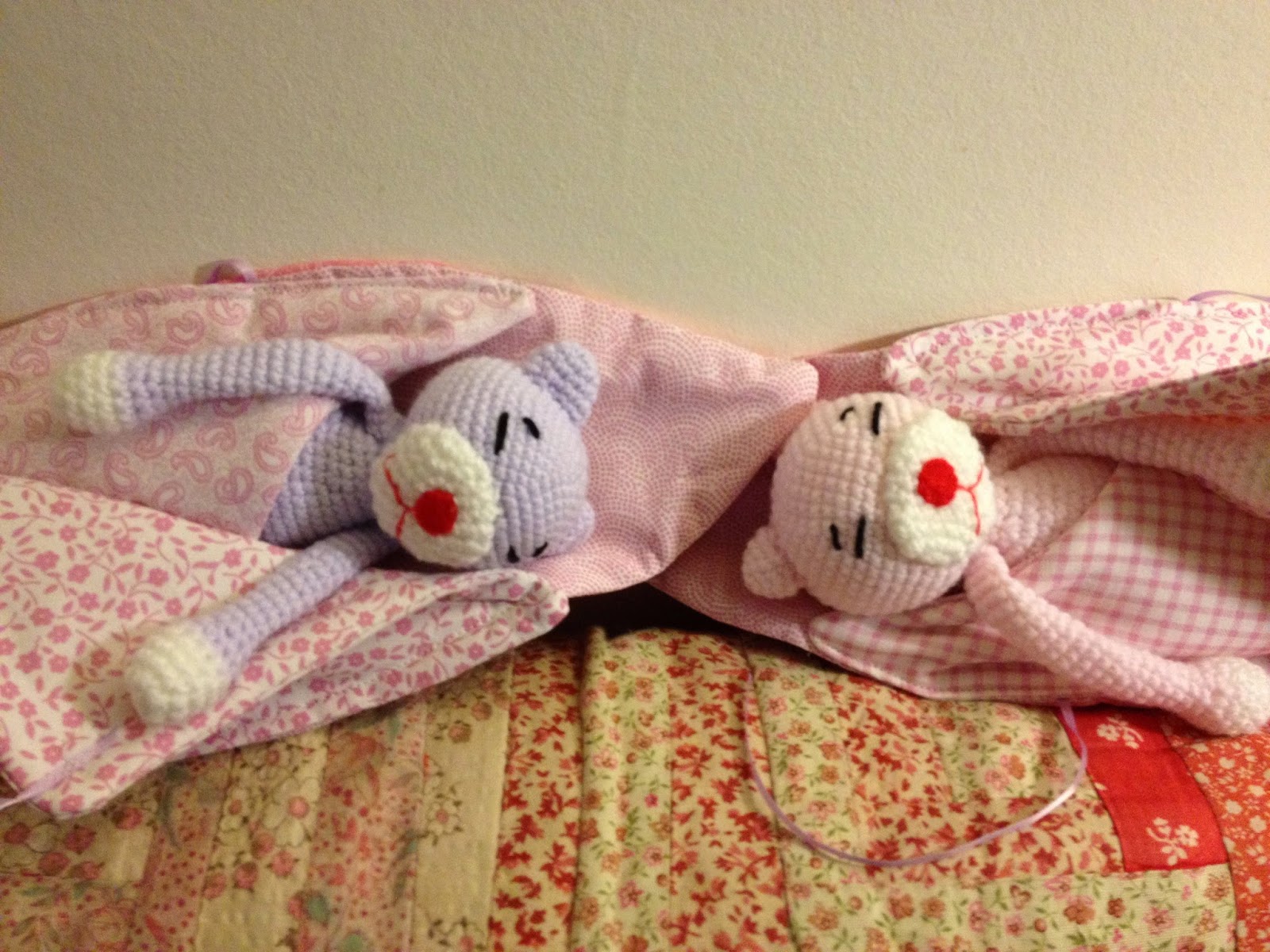 I made sleeping bags for two of the other cats. They took a bit longer than mine-ages in fact, especially as I broke a needle, and managed to tangle some ribbon through the feed dogs. Two separate incidents, both of which involved slight to medium temper loss, followed by dismantling various parts of the machine to sort them out! 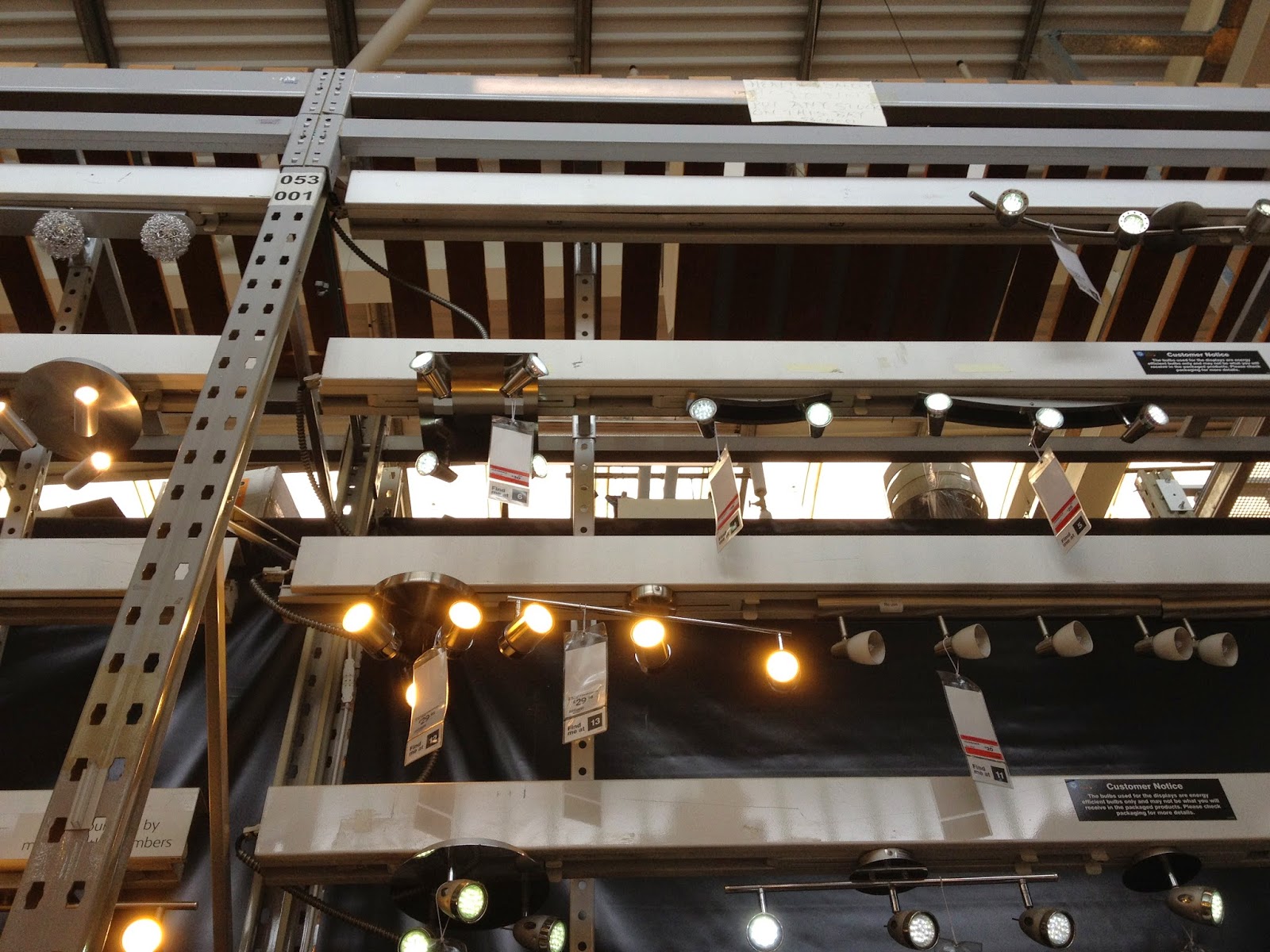 In our sitting room there was a strange and not very good lighting arrangement involving a wire suspended across the room with three spotlights attached to it, which then plugged into the wall socket. When it eventually broke, we investigated whether a central light could be installed. Roger Tester, our great electrician, said that one could. He suggested spotlights. It is very dark in here at this end of the room and this makes crafting or reading difficult in the evening. We have lamps but they do not really help the middle section of the room. So today I bought a set of three spotlights on a bar-the ones in the middle of the picture at the top. I took the picture earlier in the week to send Andy for approval. How interesting! 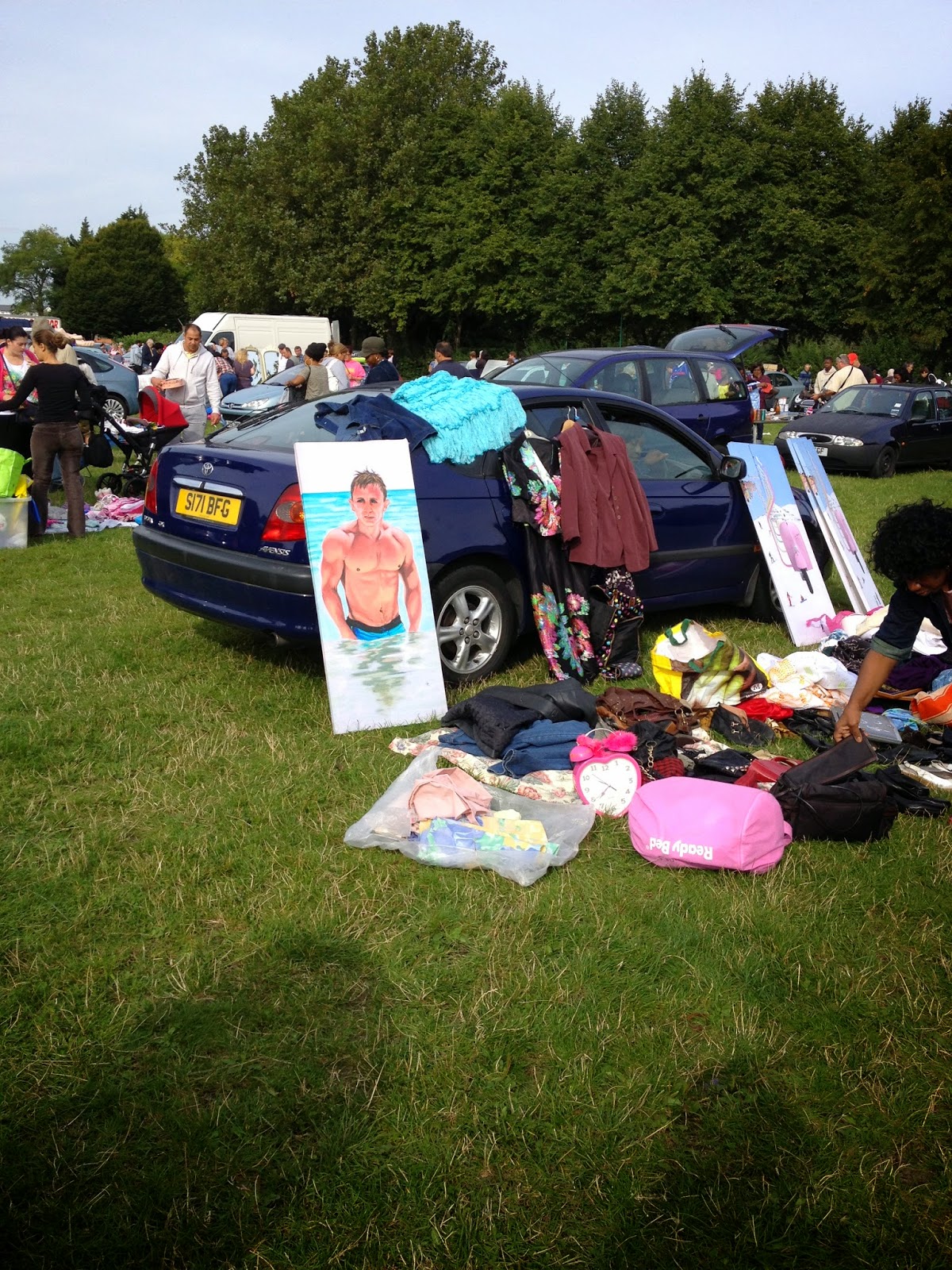 Yesterday I went to the boot fair. I have not been for ages so thought it was about time. I bought a few great things, but not this. I thought it was worth a picture though! I didn't look closely but I think it is an actual painting rather than a mass produced thing. 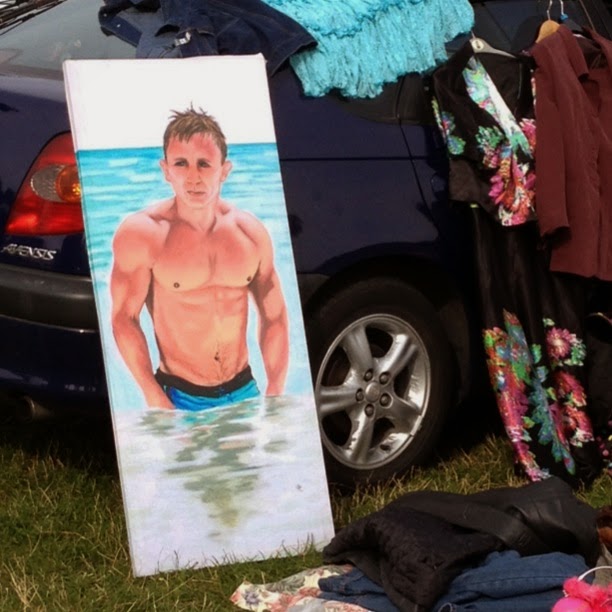 I have started the next doll picture. 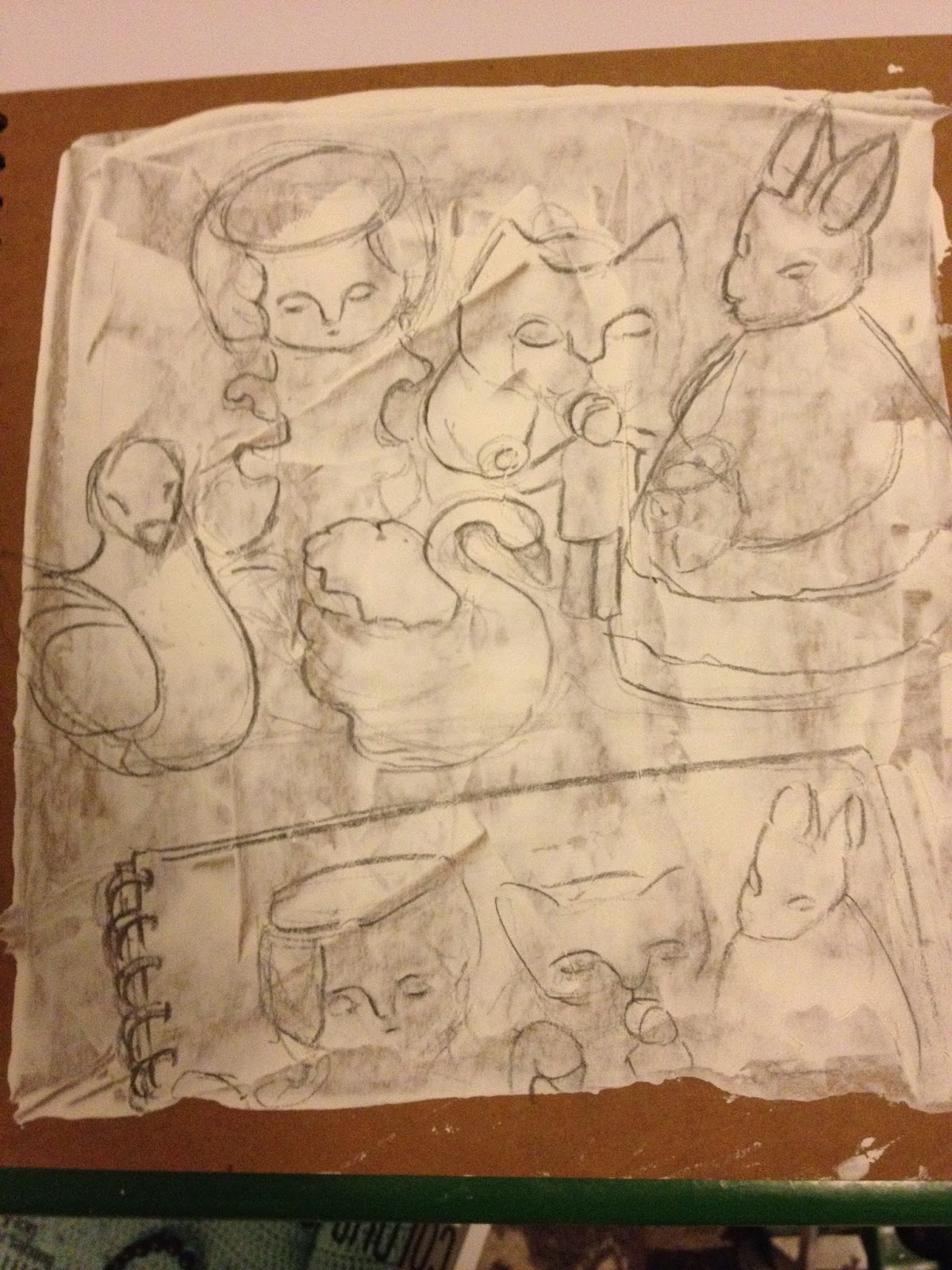 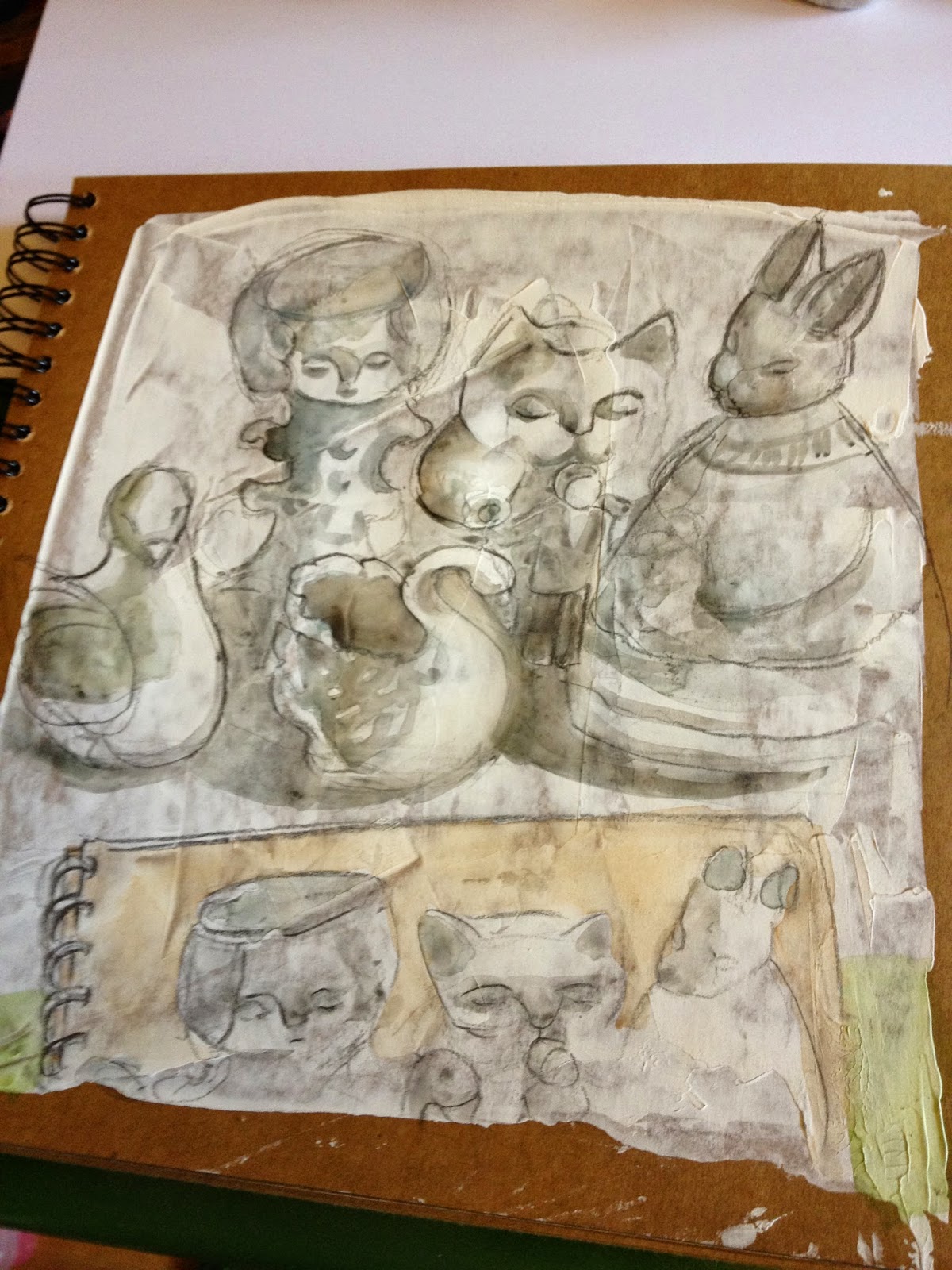 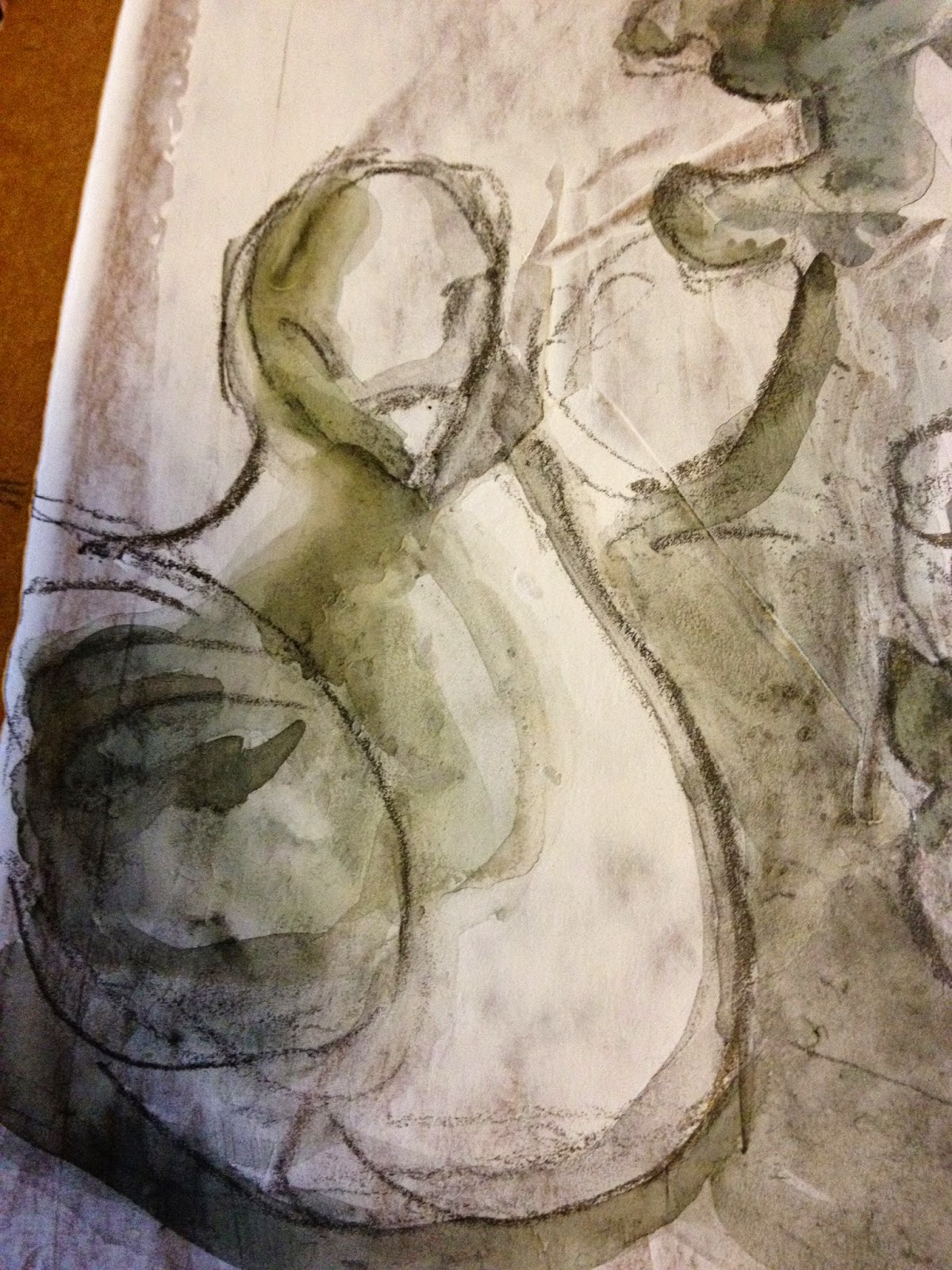 Yesterday I spent an enjoyable hour sorting out my beads and findings. Last week I saw a programme showing how to use crimp beads to finish the ends of necklaces and bracelets. It is much simpler than I thought and spurred me to want to make some bracelets. I have all the things I need, but trying to find them in the mishmash of stuff in the two tool boxes and another load of assorted places was driving me mad. Now I know where it all is! I have, by about the fifth bracelet, got the hang of making them the right size, rather than big enough to just fall off my wrist, and also how to get the sharp end of the wire neatly hidden in a bead. I had to go to Hobbycraft today for some yarn to make a friend another cat, and was looking at beads. I was actually asked for jewellery making advice by a woman, and was able to give it! She even complimented my bracelet. 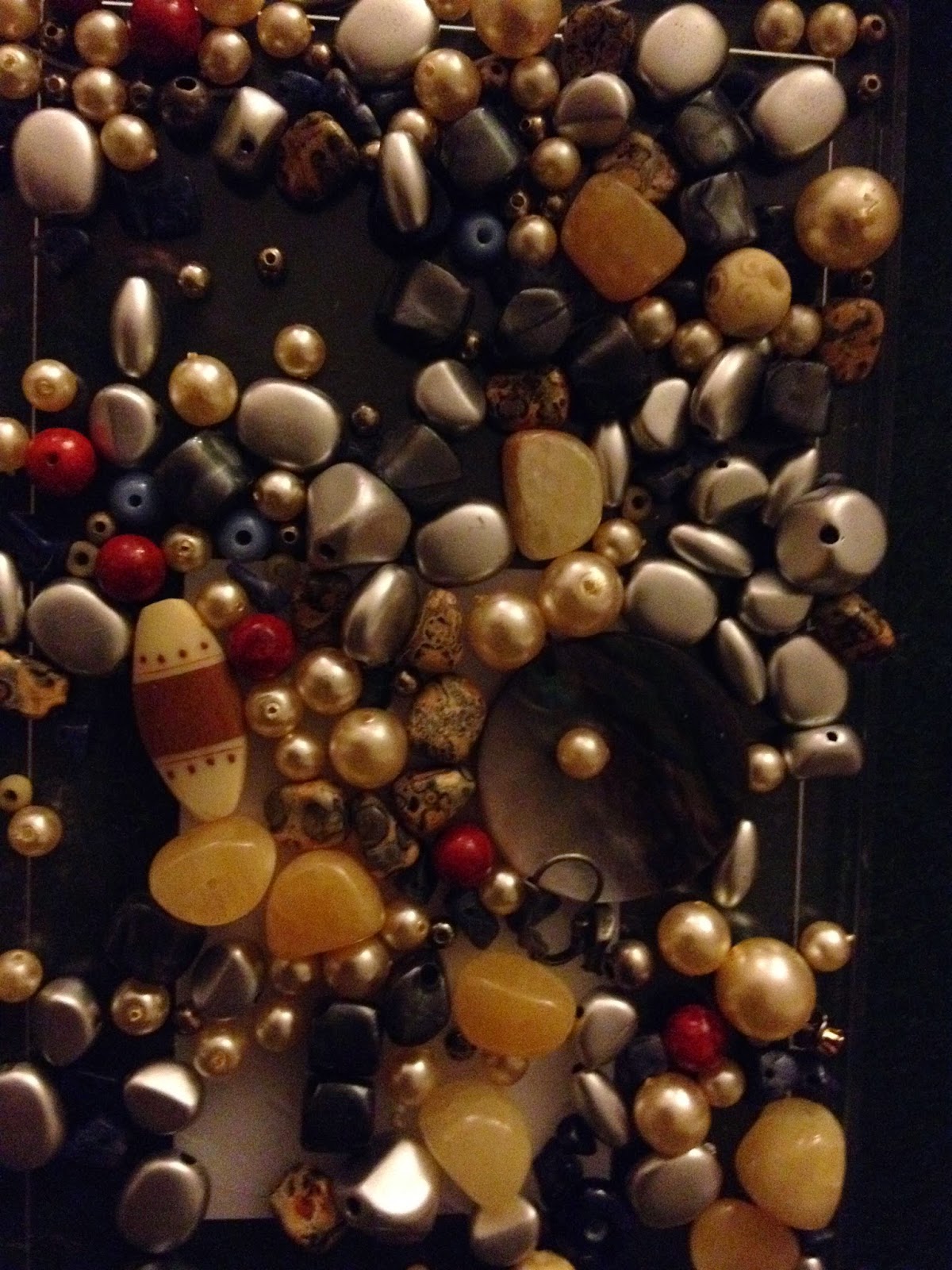 Yesterday afternoon, we met Andy's brother and his wife for lunch. We went to a pub called The Jam Sandwich Circus. We had lunch, then went to another bar for beer, then back to the first place for coffee and cake. We had this room at the back to ourselves. It is done up like a 1960s sitting room. I liked the table best, especially adorned with coffee and cupcakes! 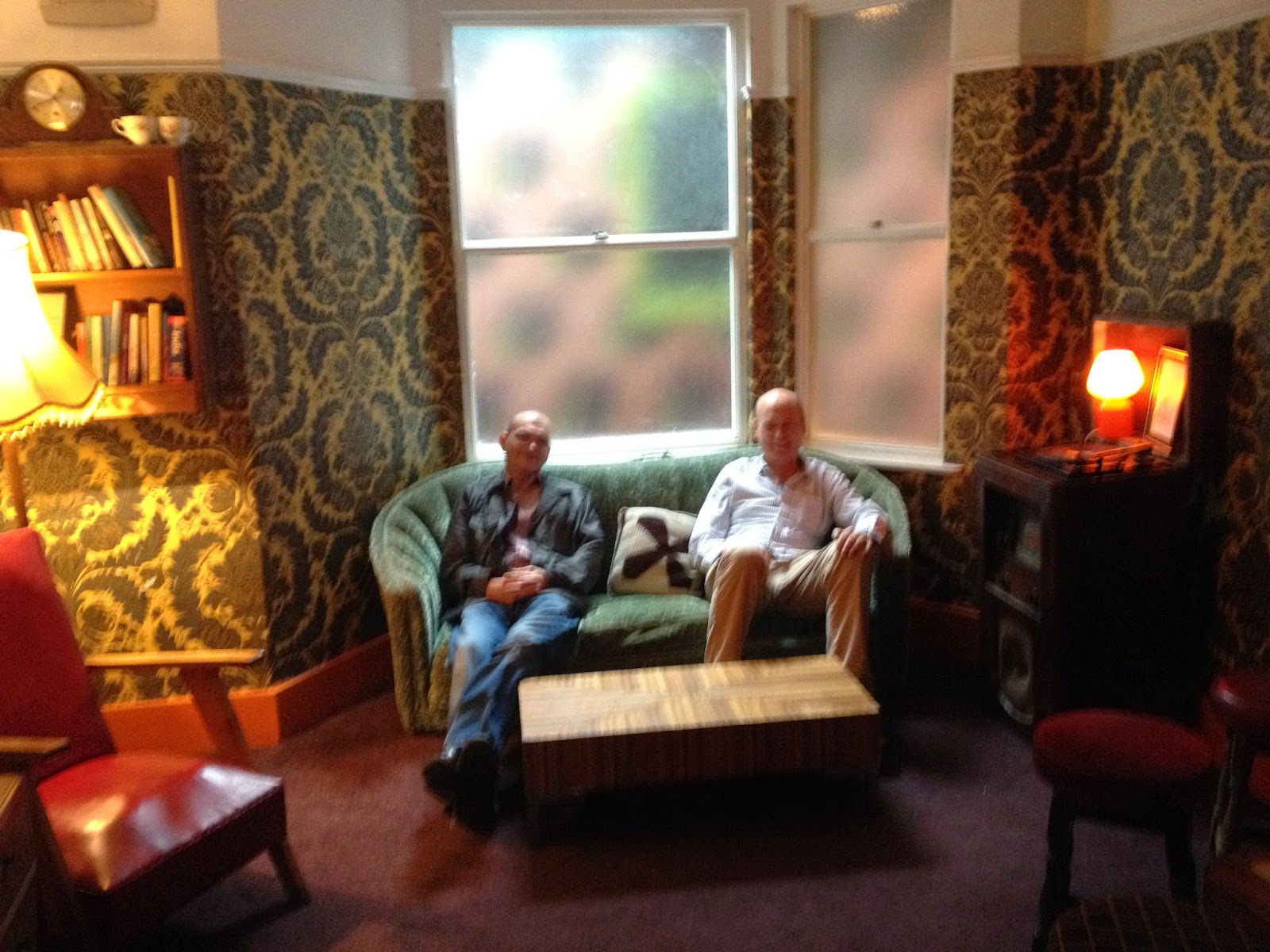 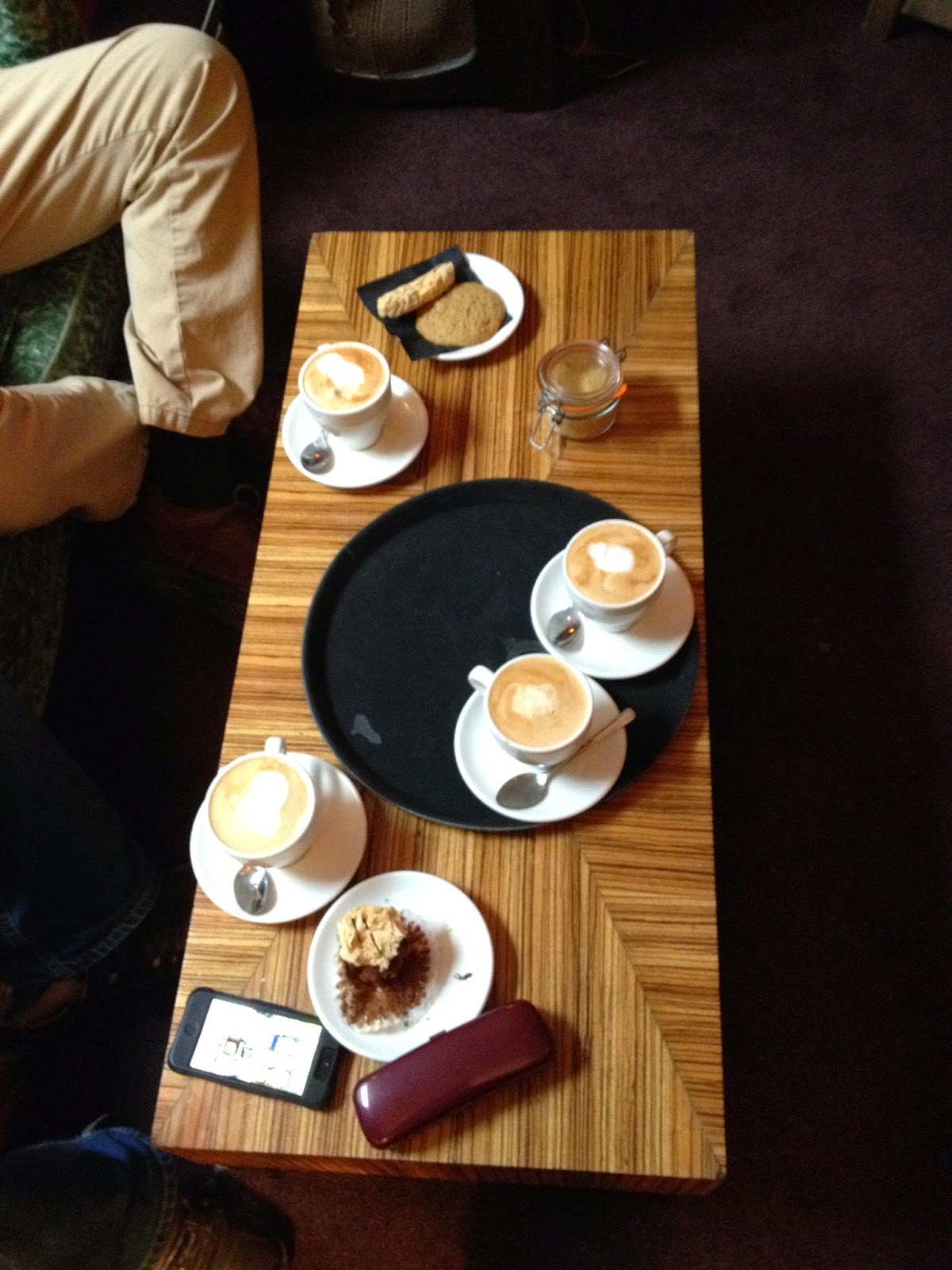 Sun on the wall today. A lovely day! 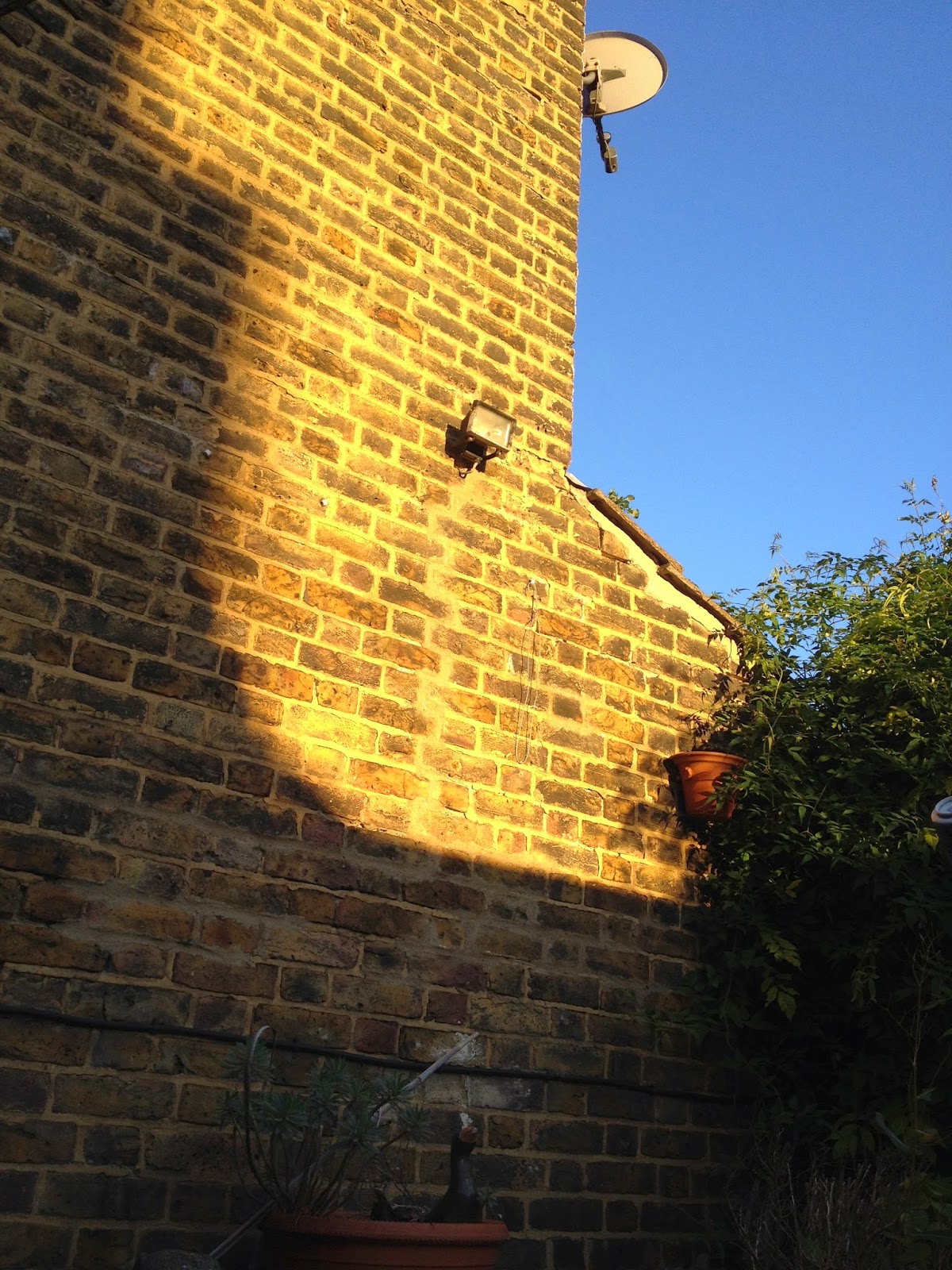 Love your doll painting, the boot sale painting looks like that Russian guy...Your knitted kitty cats are possibly the most endearing little things I have ever seen, ADORE them so much, I want to mother them all.

Your knitted cats are just too cute!!!! xx

Hi Sarah! I love your doll painting! Snail watching can be fascinating that is for sure! Love your creativity!

I feel this year is going to be great for you. You may have more time to spend on your creative adventures which I know you love. Who knows you may even teach a doll making class one day.