Finding Bottles, Nearly Getting Stuck, and Being Told Off

I spent part of yesterday afternoon visiting the foreshore again. I went back to a place I went last week that Andy and I always used to go to, as it is easy to get down there. Last week when I went I found some good things so thought I would try again. It had rained all morning and then stopped by the time I was there. It was beautiful light and there was lots of lovely mud! 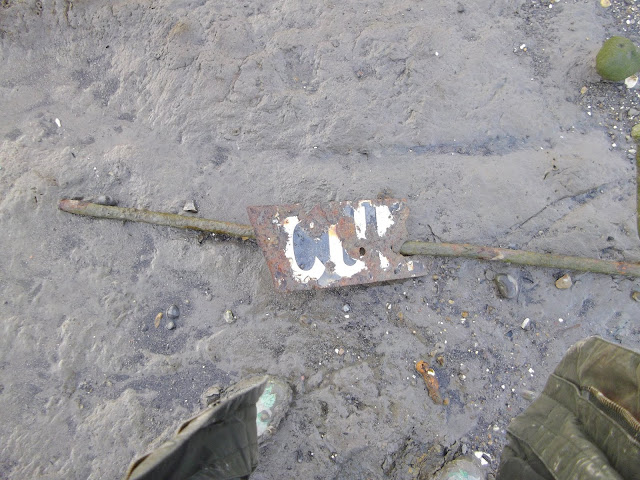 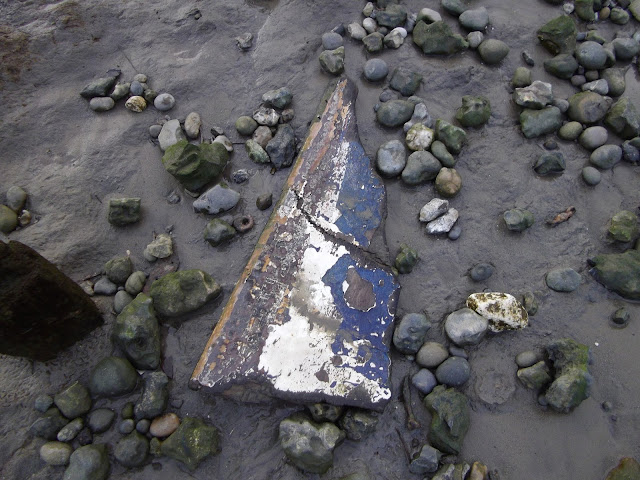 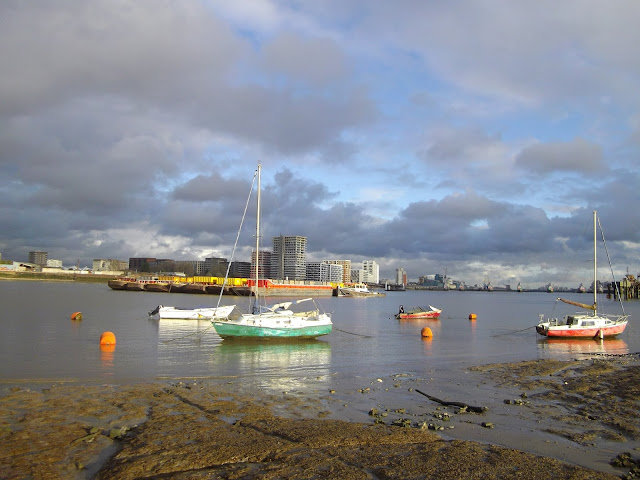 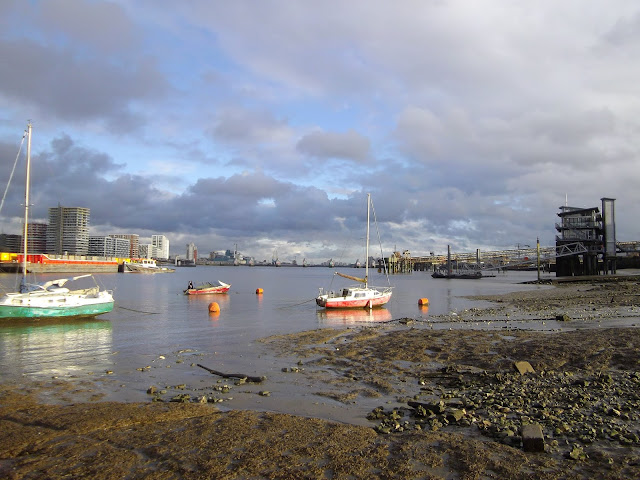 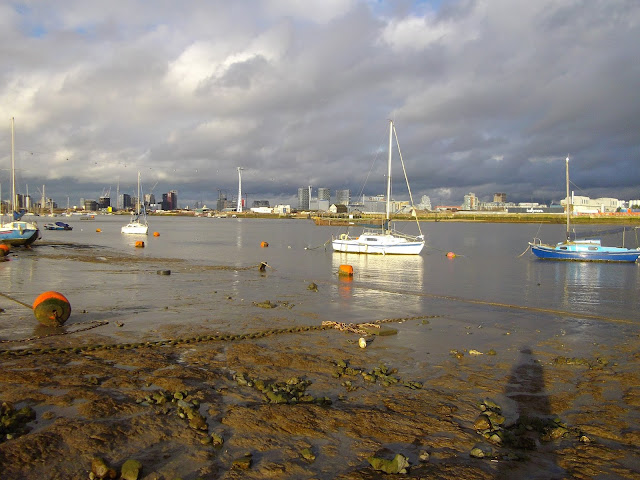 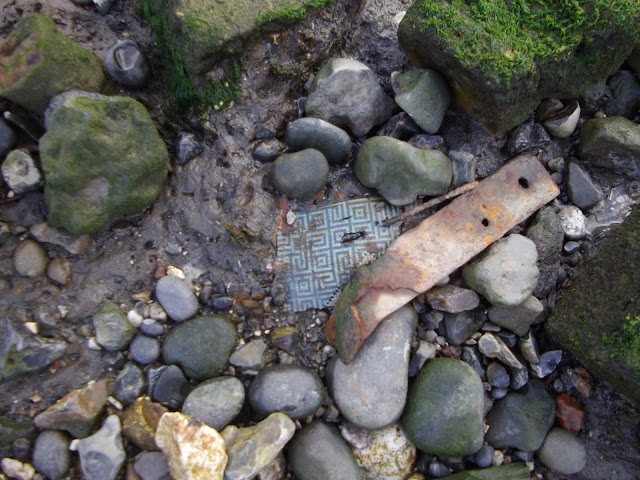 I think this is lino. 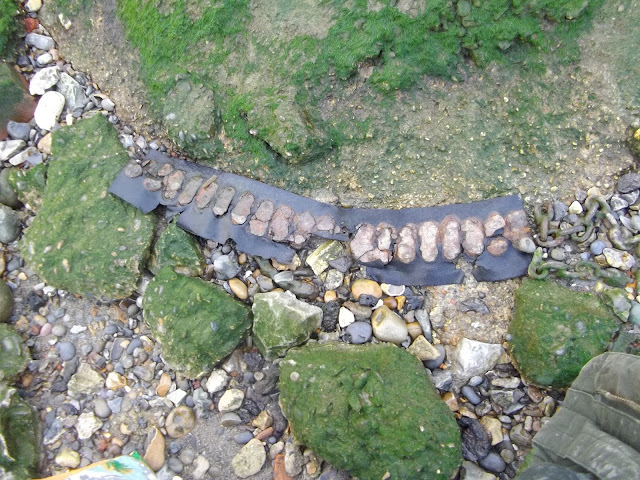 No idea what this is but it looks like a grin. 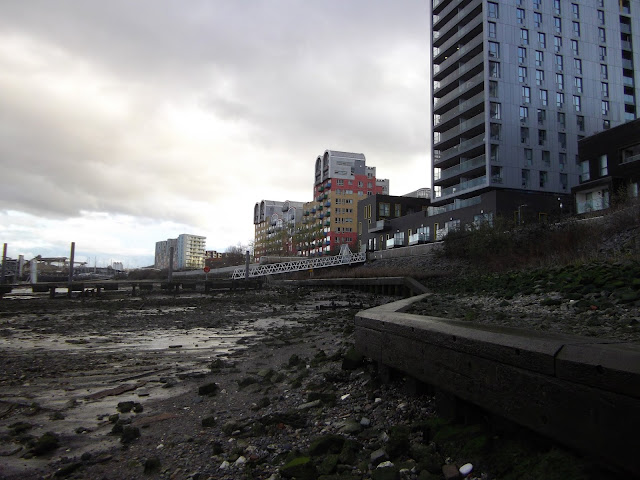 I am pretty careful where I tread and test it out before committing my weight, but every so often, from one step to the next, it can be firm mud, then really deep. 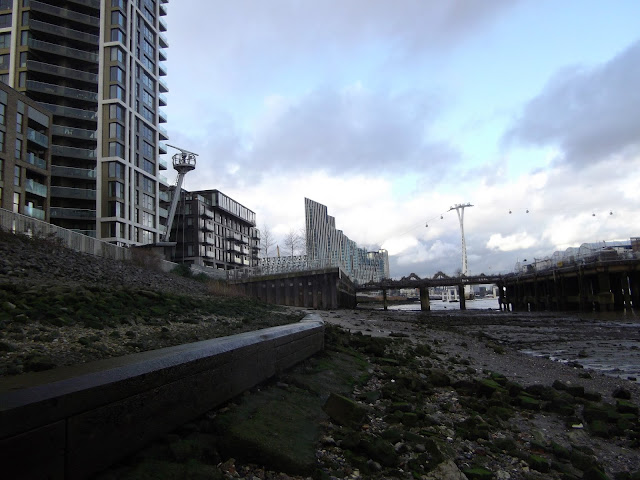 Just to the right of this picture was like that. On the left, on the path, there was a little security office, or something of that sort. There was a man up there, on his phone, watching me. I went after an interesting looking thing, and my foot sank quite far, and it took a moment to regain my balance and pull it out of the mud. As I walked back up to the pebbly part of the shore, he said, in a strong Russian ( I think!) accent, "It is very dangerous what you are doing." I said it was alright, and he then said, "If you get stuck in the mud, there is no one to help you. I advise that you go back up there and leave." I said something placatory and headed back where I was going anyway. I found it a bit aggravating to be told off, but I suppose he was right. I couldn't be bothered to explain that I am actually quite a careful person and took care of where to step etc. He was only trying to be helpful. I did the same thing further up the beach but luckily he didn't see me! I think the worst that would have happened on both occasions would have been that I lost my welly and got a very muddy foot. The danger I am more concerned about is that I slip over and fall on something sharp. There are a lot of pieces of metal sticking out of the mud, so I am very careful around those. 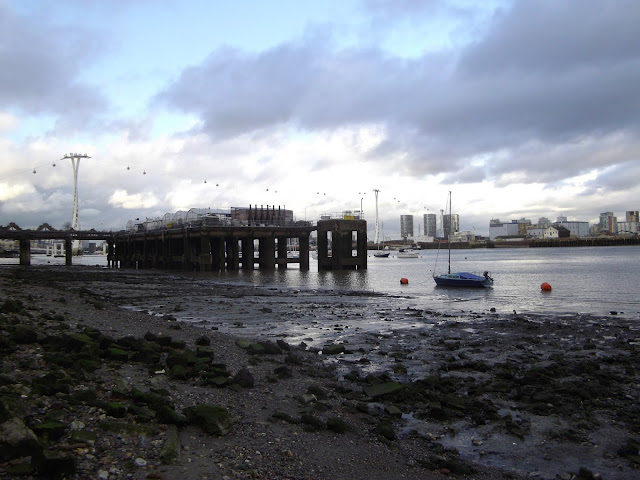 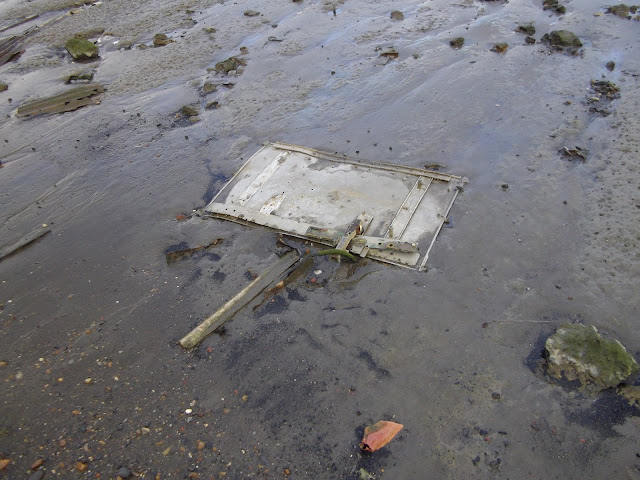 Someone had enough of their flat screen T.V.! 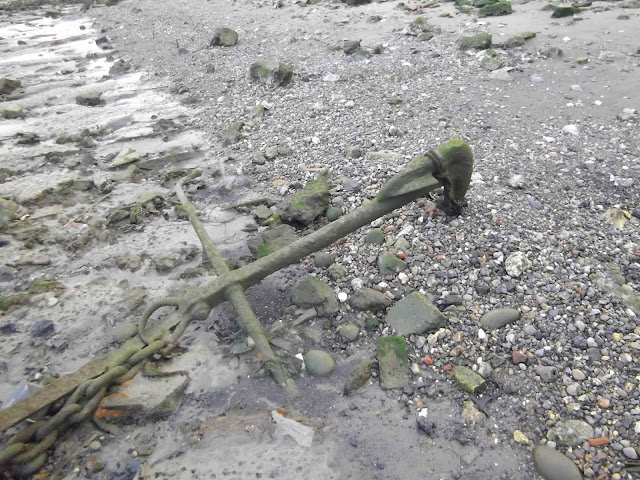 I love seeing anchors on the shore. 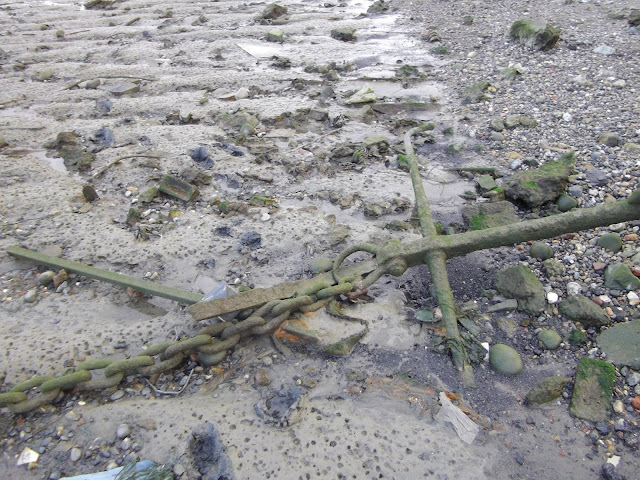 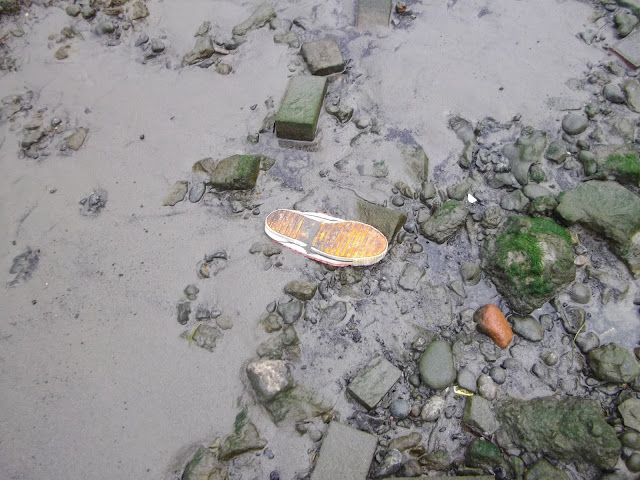 By the time I was about to leave, the weather had changed again. It got really dark and then absolutely tipped it down! I was already very muddy, and then I got completely soaked. I quite enjoyed being on the beach in heavy rain. It was very dramatic. The lights of the Thames Barrier are twinkling in the distance. 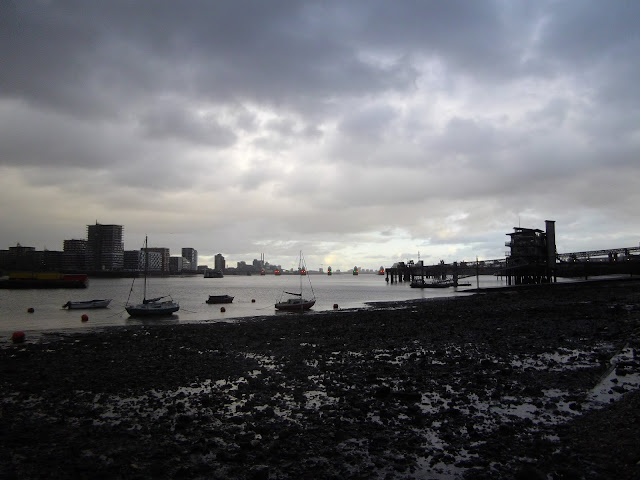 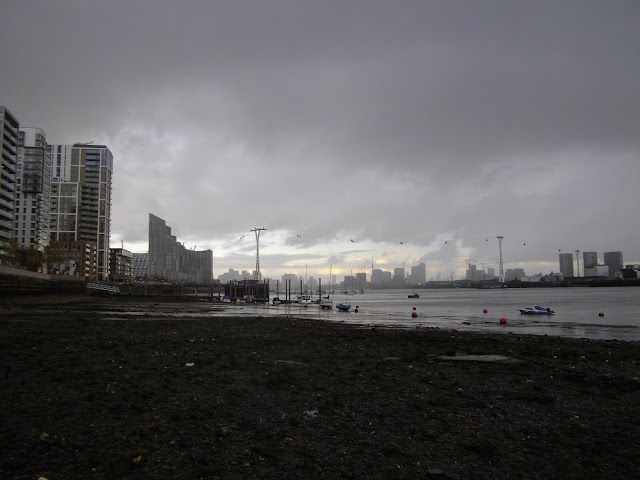 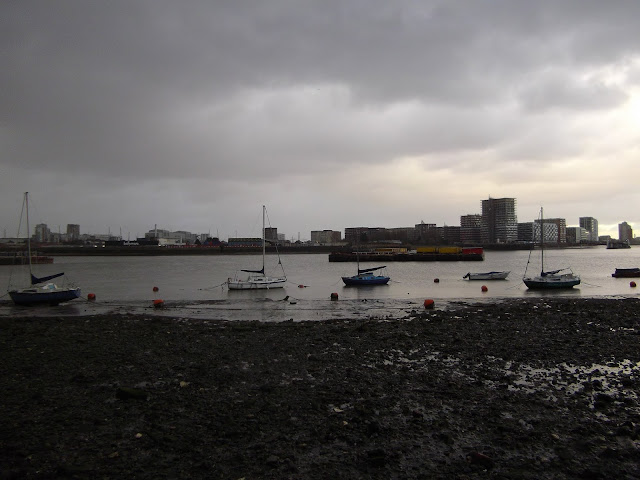 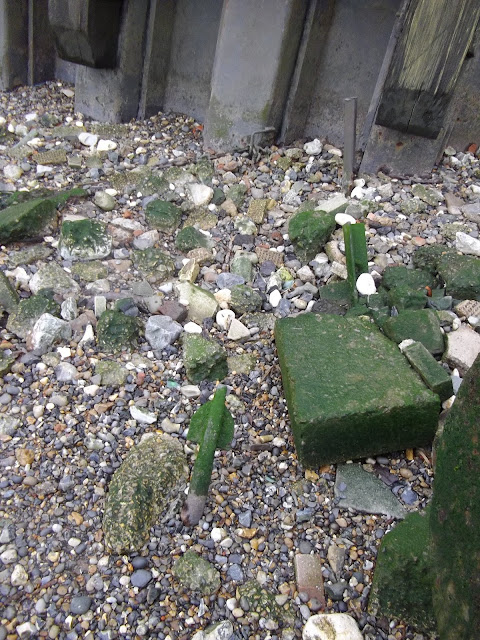 And finally, another anchor buried in the shingle.
Posted by Sarah at 02:03

It can be dangerous , finding treasure. Lucky to have Russians looking out for you! Love the photos, I had to put on an extra jacket to view them, and my face froze. Stay well, curious to see your finds!

I guess he meant to be helpful, but perhaps he didn't need to be quite so...antagonistic?