I have been making...

...a frog cushion-almost finished now. It is for my Dad's wife, and was requested after she saw the tortoise I made for my sister. A tortoise is fairly simple to make-lots of crocheted hexagons, and some tubes for the head, legs and tail. A frog is a whole other proposition! I started with sketches, trying to get the shape of a frog clear in my head. Then I made a few attempts at starting to crochet it, but decided knitting would be better and easier to invent a pattern for. Once I had the shape of the head and body, doing the underside was easier. The thing I have found the hardest is the back legs. I have not attached those yet, so I still don't know if what I have done will work! Will put a photo up when it is done. 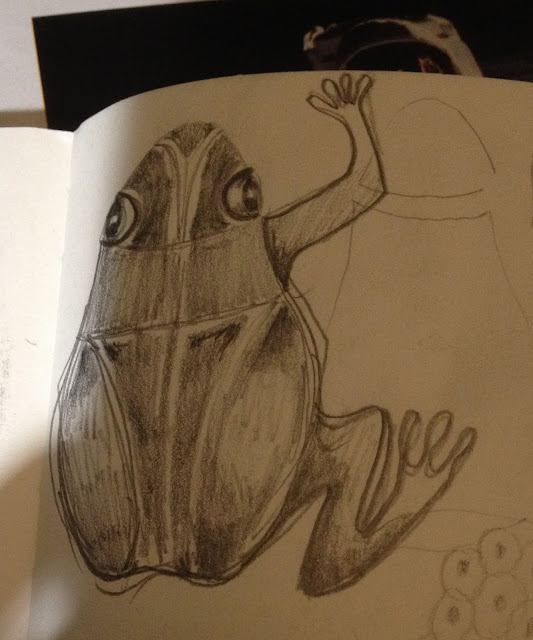 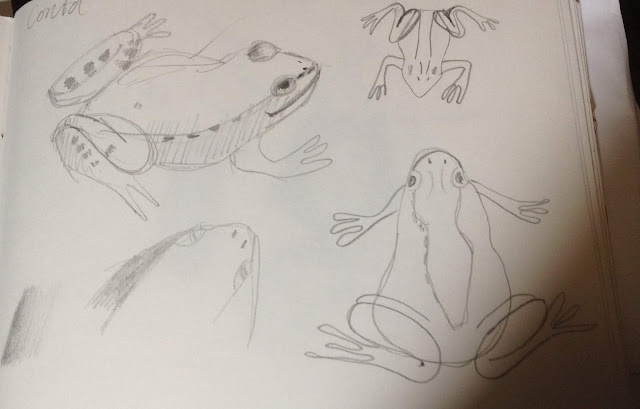 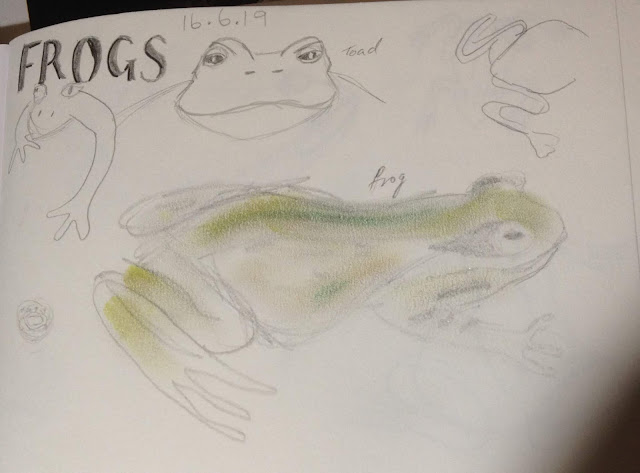 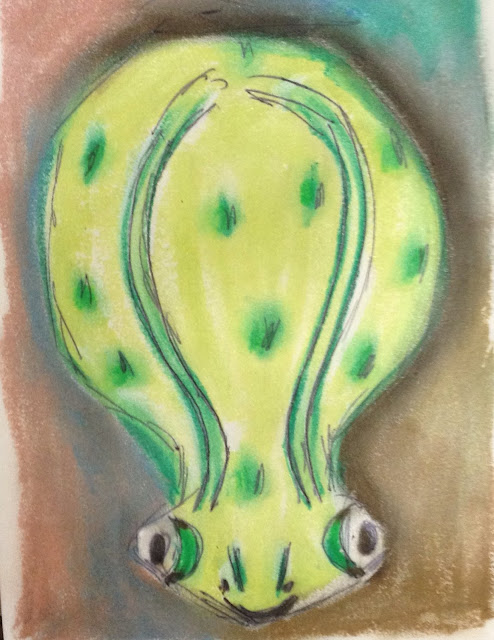 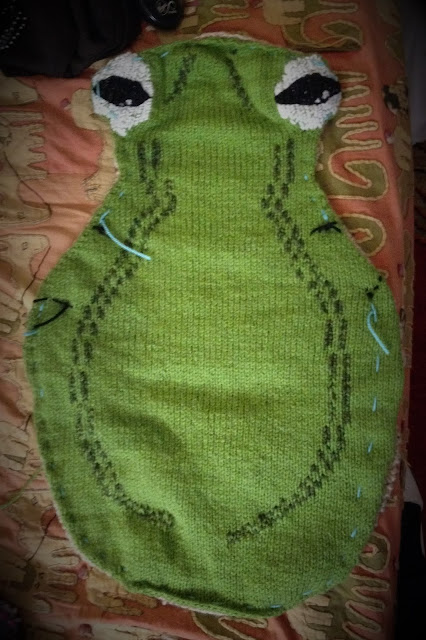 Next is Deptford the bear. I found him looking forlorn and damp on a Deptford market stall. I bought him for £2 as I couldn't leave him behind. (When I was trying to think what to call him, I thought of how Paddington was named and stole that idea.)
He had a nose that was falling off, one remaining small felt eye, and one that had already gone. I gave him a wash and sat him on the radiator to dry. 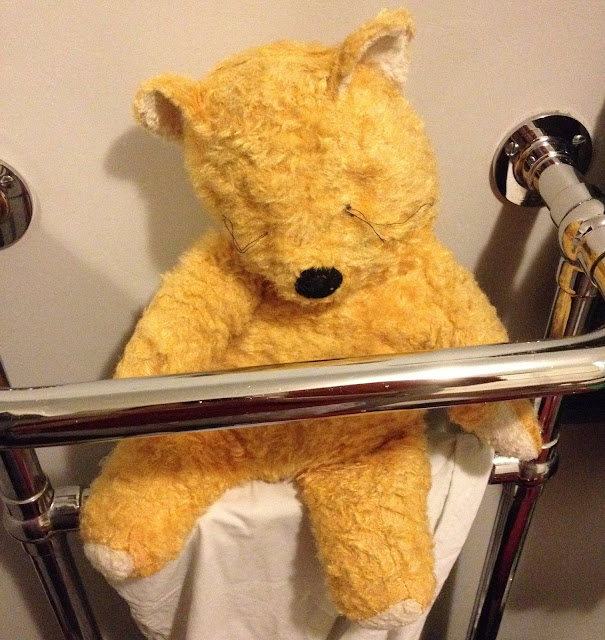 But then he looked like the picture below, so I decided to open him up and un-stuff him. He was filled with either kapok or cotton wool, which was very dusty and not usable. He also had lots of little balls of yarn, which had been unravelled from something else, so whoever had him was good at re-using things. They reminded me of a bag of vintage yarn I bought once that had been unravelled form other things and was full of lovely 1940s looking colours. I made a little scarf for him from his contents, and stuffed him with modern polyfil. He now has glass eyes and an embroidered nose, and is a much happier bear! 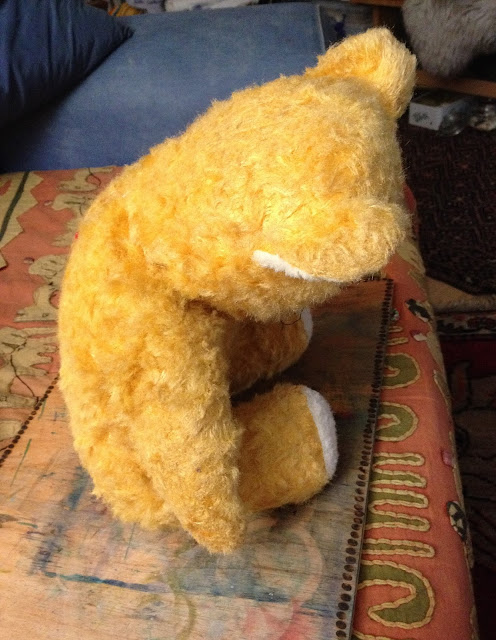 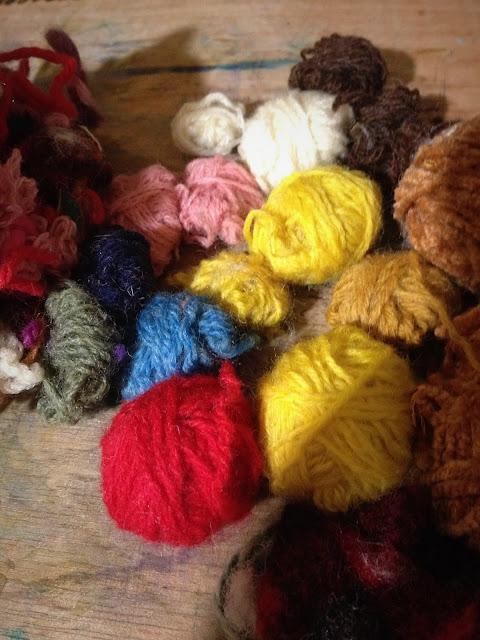 Here he is competing with the frog for my time! 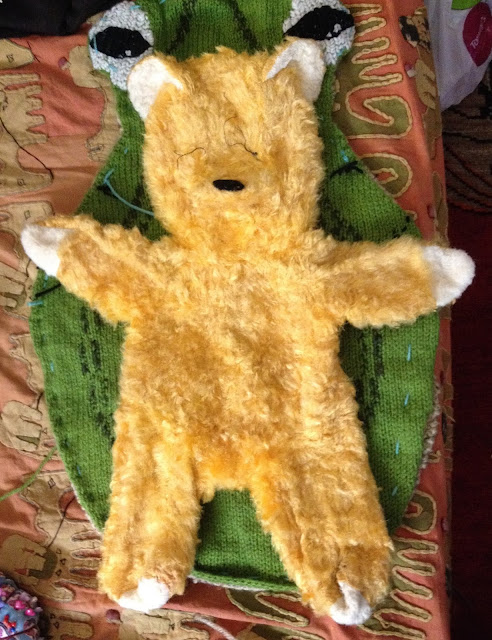 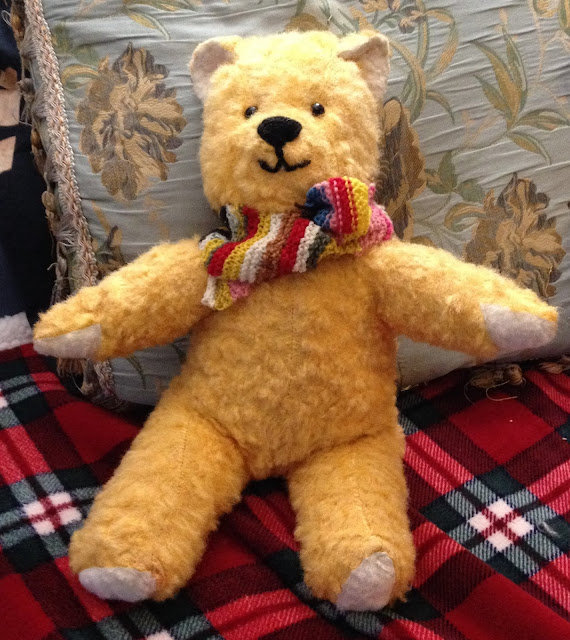 My Mum gave me a toy knitting book for my birthday, so I got distracted by making little cute dolls. They are quick to make which I like! In the book, they just have eyes, but I wanted a whole face. 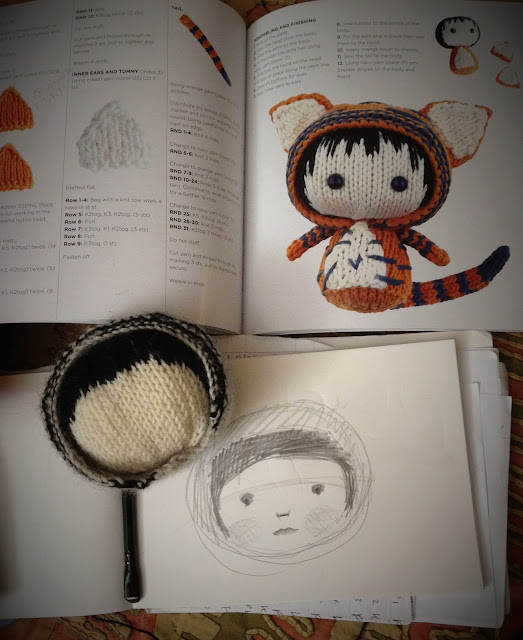 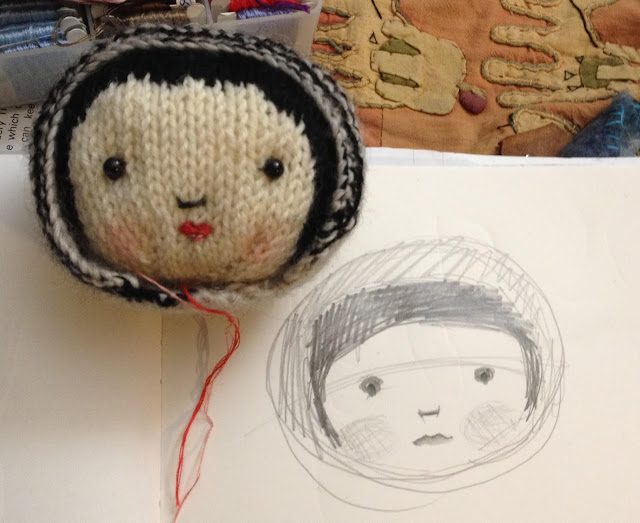 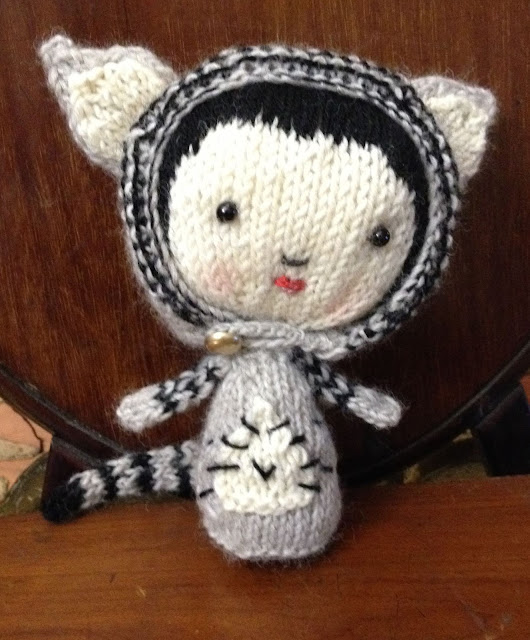 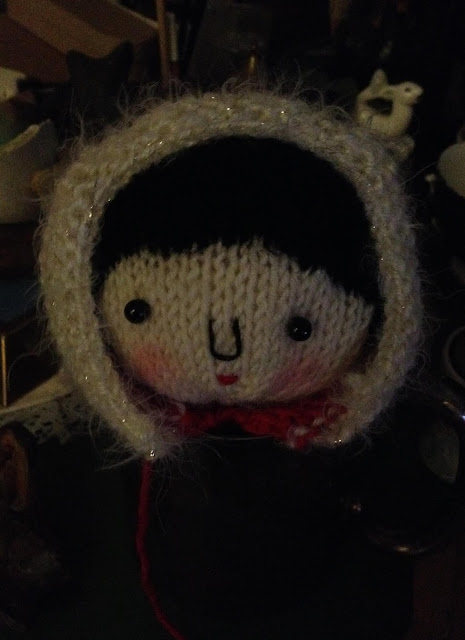 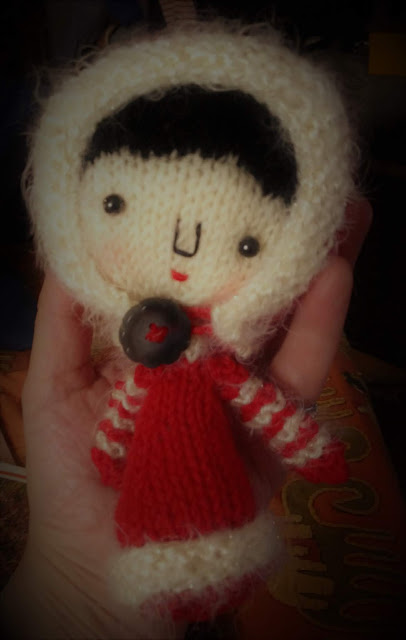 Then I made a failed lantern out of cheap frames and a glue gun. The idea was from a craft video, and it just didn't work that well. It fell apart immediately and as I was trying to fix it I broke two of the frames. So I used wax and small glass pieces to use the two pieces of glass that didn't break to make this picture. 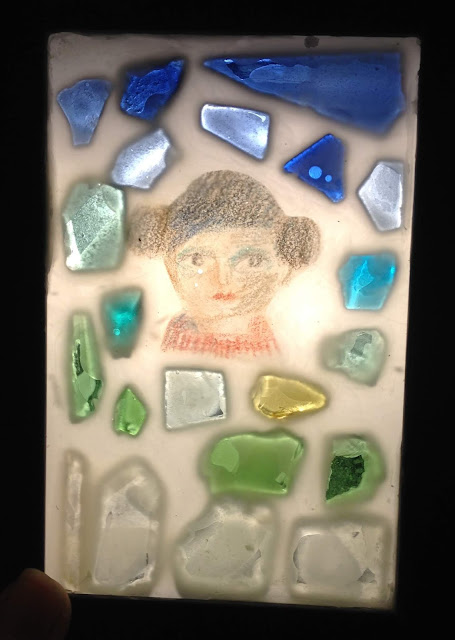 And I painted a grumpy doll face surrounded by collage to use up some of my birthday papers which I can't bring myself to throw away as they are too pretty! 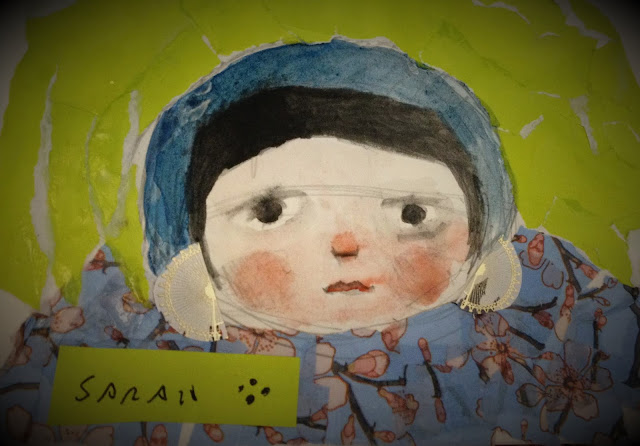 Now I have written this, I am going to have my lunch, then finish the frog cushion and start a present for someone. I am also making Christmas carol singing mice, but they are not finished yet!

all of these creations are my favorite!, especially Deptford and the last photo of whomever , adorable!! Want to kiss her!

What wonderful sketches you have been doing to design and get ideas for the frog.

The teddy bear rescue is marvellous, love how he was stuffed with wool that you were then able to repurpose into a little scarf for him, that is just brilliant. He looks soooo much happier now!

Holy cow! You've been busy! I love the new and happier Deptford the bear.

I love how handsome you made your Paddington. You are the bear whisperer.🐻