If you can't afford a BMW, then you can make one. This is the nearly finished, but finished enough, model we made last week. It has a spare wheel in the middle, for which the need became obvious once children started to sit in it and it sagged dramatically. The steering wheel was a rushed job but was largely made by Aidan who gave us the idea for making the car. Today I repaired it for the fifth time! We have had to limit it to one person only, as, despite a bit of cardboard wedging, it threatens to roll straight off its wheels. But despite all of its design issues, it has had a lot of use. I made a quick display to go on the cupboard behind it and stuck it up tonight, as who knows how long it will last. 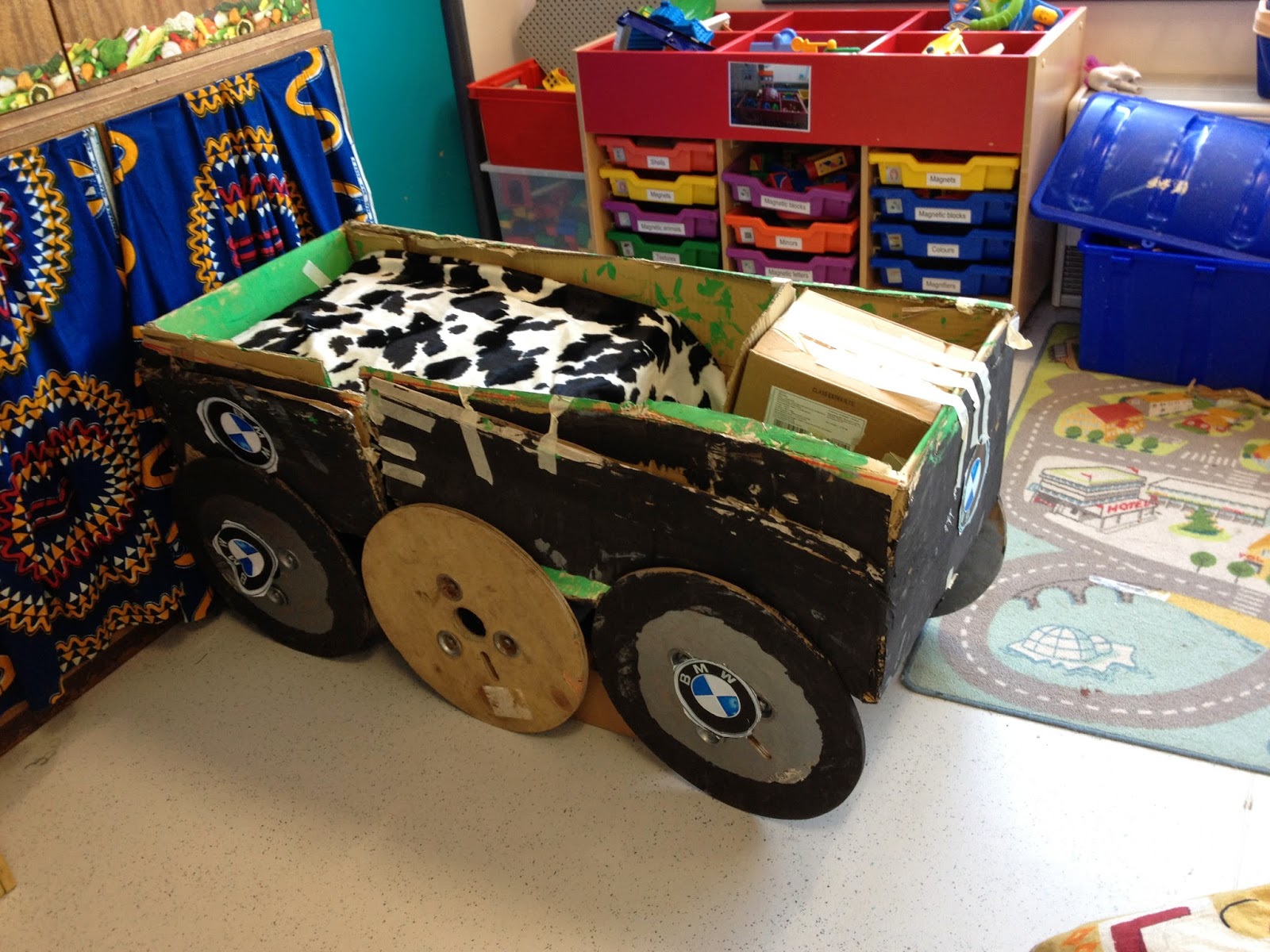 Do you like the cow print seat cover? I think it adds a certain something to the interior. If you can't afford a big caravan and something to tow it, then you can buy a small one and imagine. 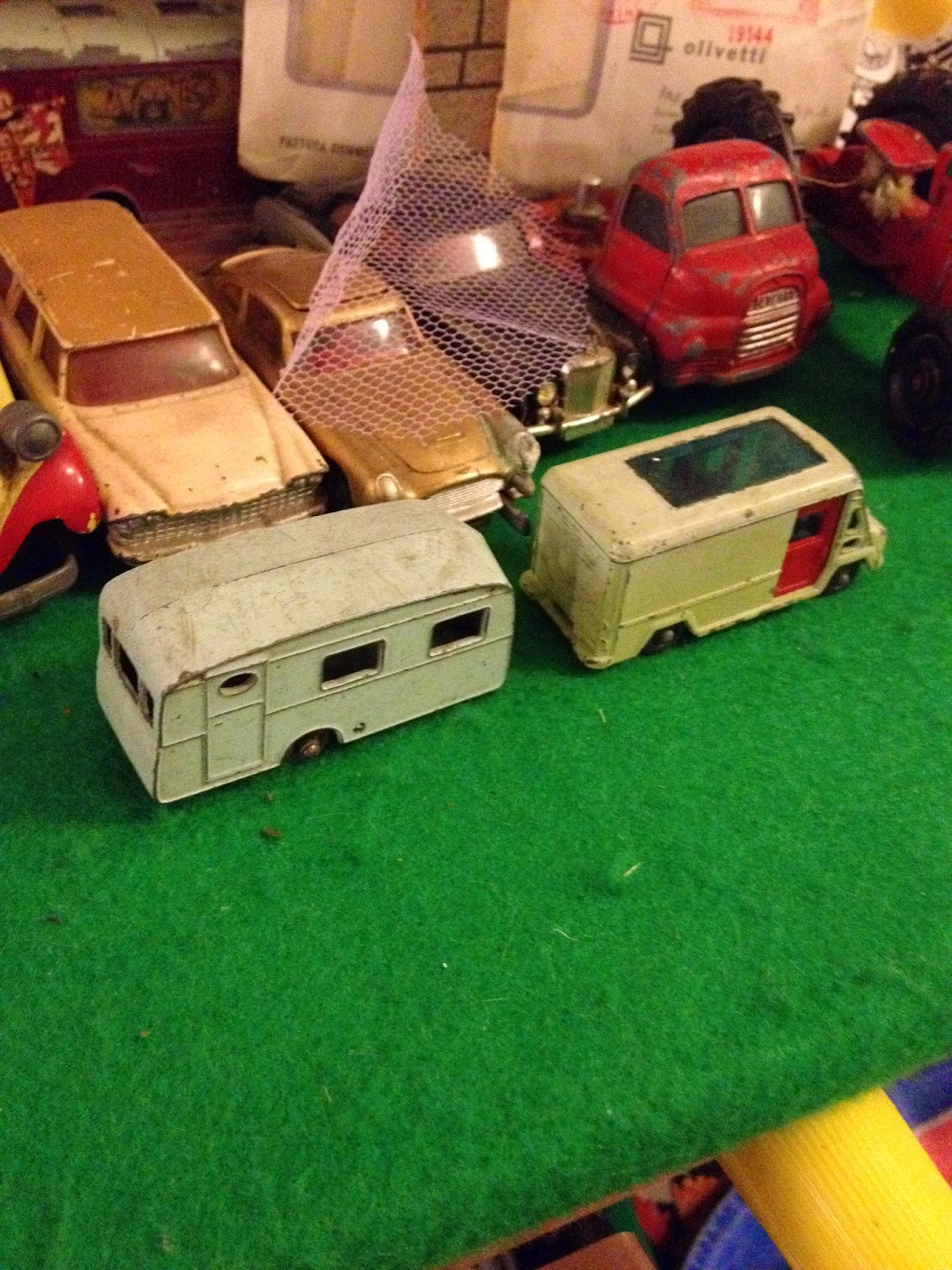 A real BMW. I took this photo at the weekend to add to the display. Aidan didn't need it as he knew just where to stick the logos on his car. We are back to the topic this week-the fun part of making a big ship model based on two of the children's boat drawings from last week. We are pretty good at making large models now! 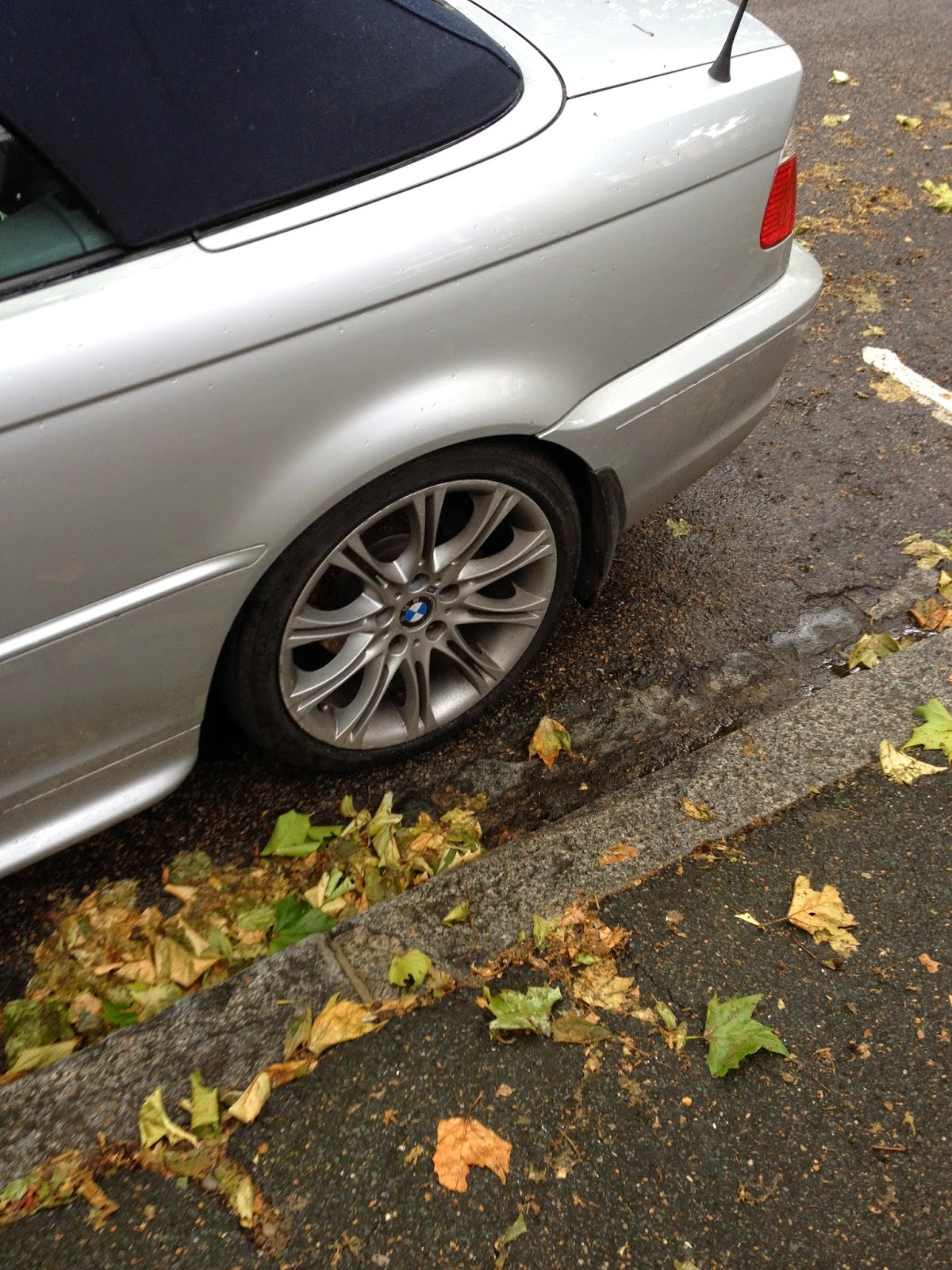 Ha, I love your opening line, Sarah! I can't afford one either but a neighbour of mine can. It's not all that comfortable and I found it hard to get out. Your models are fabulous!

My son would love to snuggle in this car. It is really cool.

The children will remember the car they made as being the most perfect car ever! I love the little metal cars, so much! I would arm wrestle any kid for those!!!

The best cars are fueled by a youngster's imagination. Love all those wheels.